The Stations of the Cross were donated to St Paul’s church by ‘the (then) local editor of The Mid Sussex Times in memory of his parents, Charles and Anne Hayden’ in 1934.
They are thought to have been produced in the North of France. The main reason to undertake a conservation campaign was that heavy dirt build-ups were severely obscuring the fine elements of the bas-relief of the stations.

Their style is Romanesque. They are cast plastered; the finish of the frames imitates wood timbers in colour and texture. Each station measures 115 x 80 x 10 cm ca. The substrate is a dark pink plaster; on the top of which, on the figurative side, it was applied red paint as a preparation layer. Then the scene of each station was painted with white oil base paint, while the frames were with dark brown oil paint. Washes of shellac were applied on top of the white oil paint layer to give a bit of depth to the figures. Only some residues of the original shellac remained, which indicates that the stations went under a heavy cleaning campaign at least once in the past. Some elements in the frames, as well as the cross, the halos, the numbers of the stations and their descriptions, are painted in gold.

The project run for 3 weeks, and I led a team of 2 conservators. At the end of the project, while cleaning the 14th station, we discovered the signature of Maurice Vanpoulle, in capital red letter, on the right side of the station. I researched a bit on the Net and it came clear that the Stations are indeed from North France and were sold by Maurice Vanpoulle, who was a French businessman that sold priest vests in France and Belgium and in 1908 opened a shop in South London.

Overall, the pieces appeared sound and in good condition. There was a general thick layer of dirt build-ups that accumulated with time. There were a few chips and losses, generally of small size, mainly located on some of the frames, or on protruding elements of the bas-relief, mainly due to accidental mechanical damages. 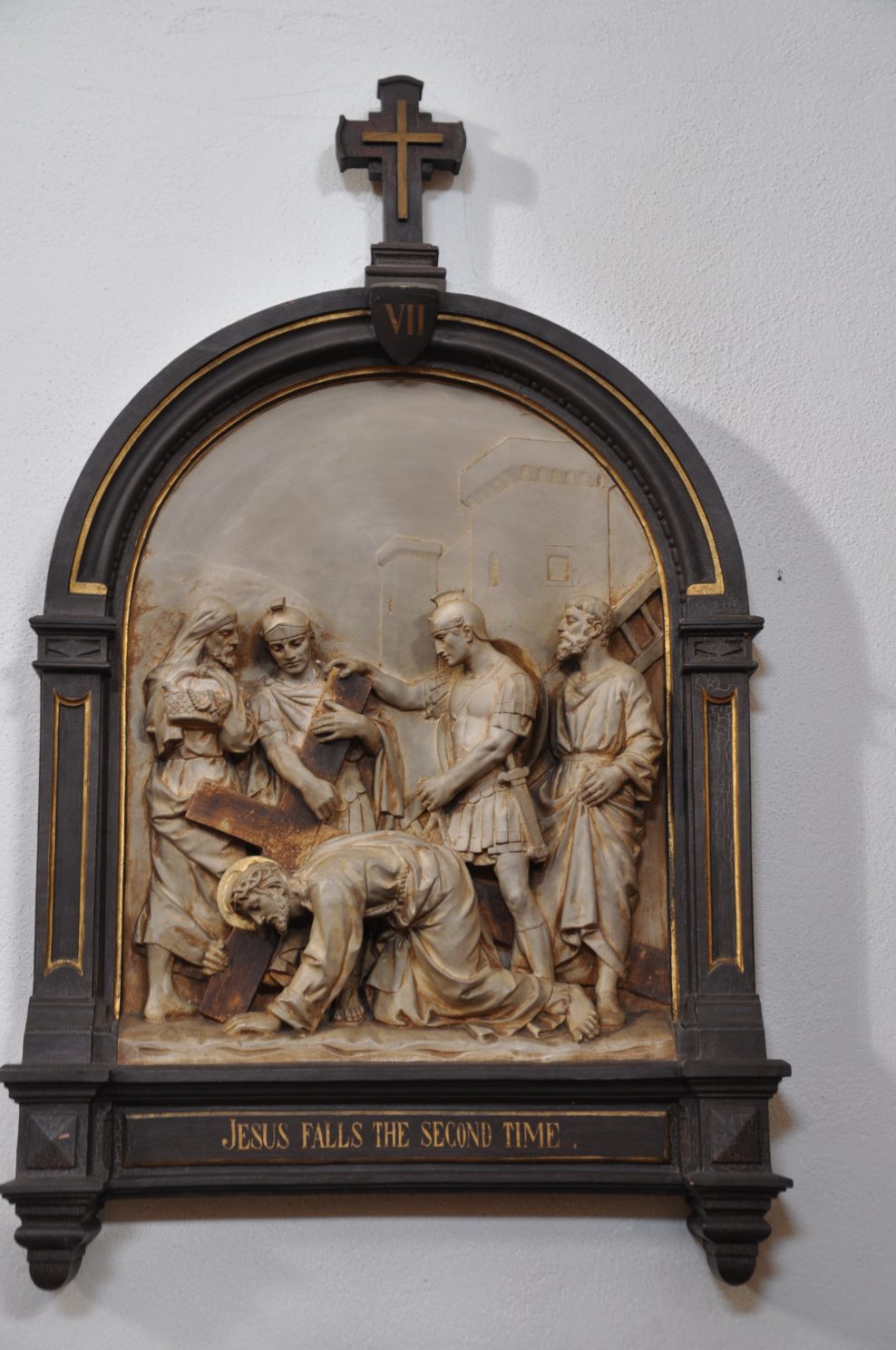 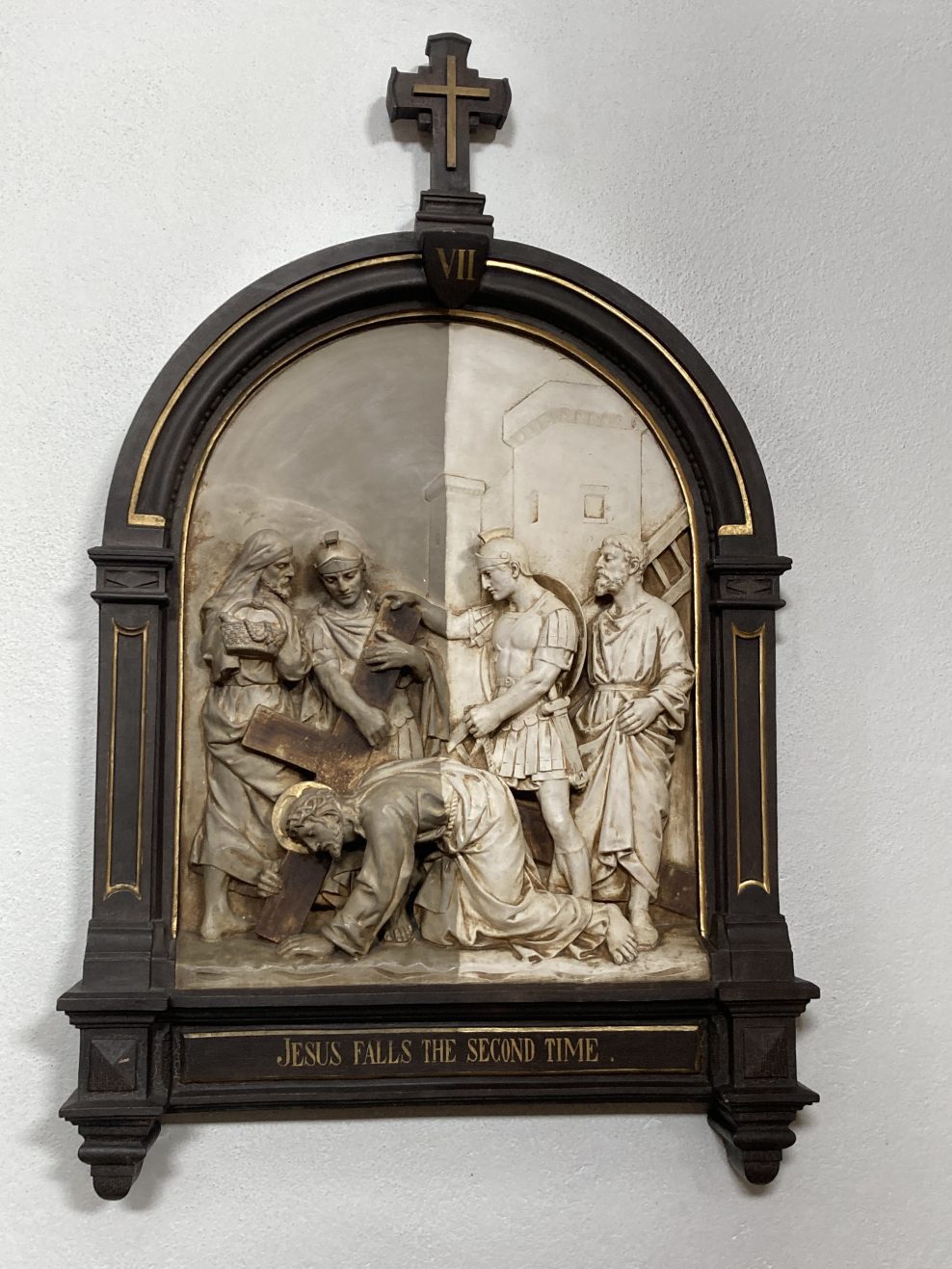 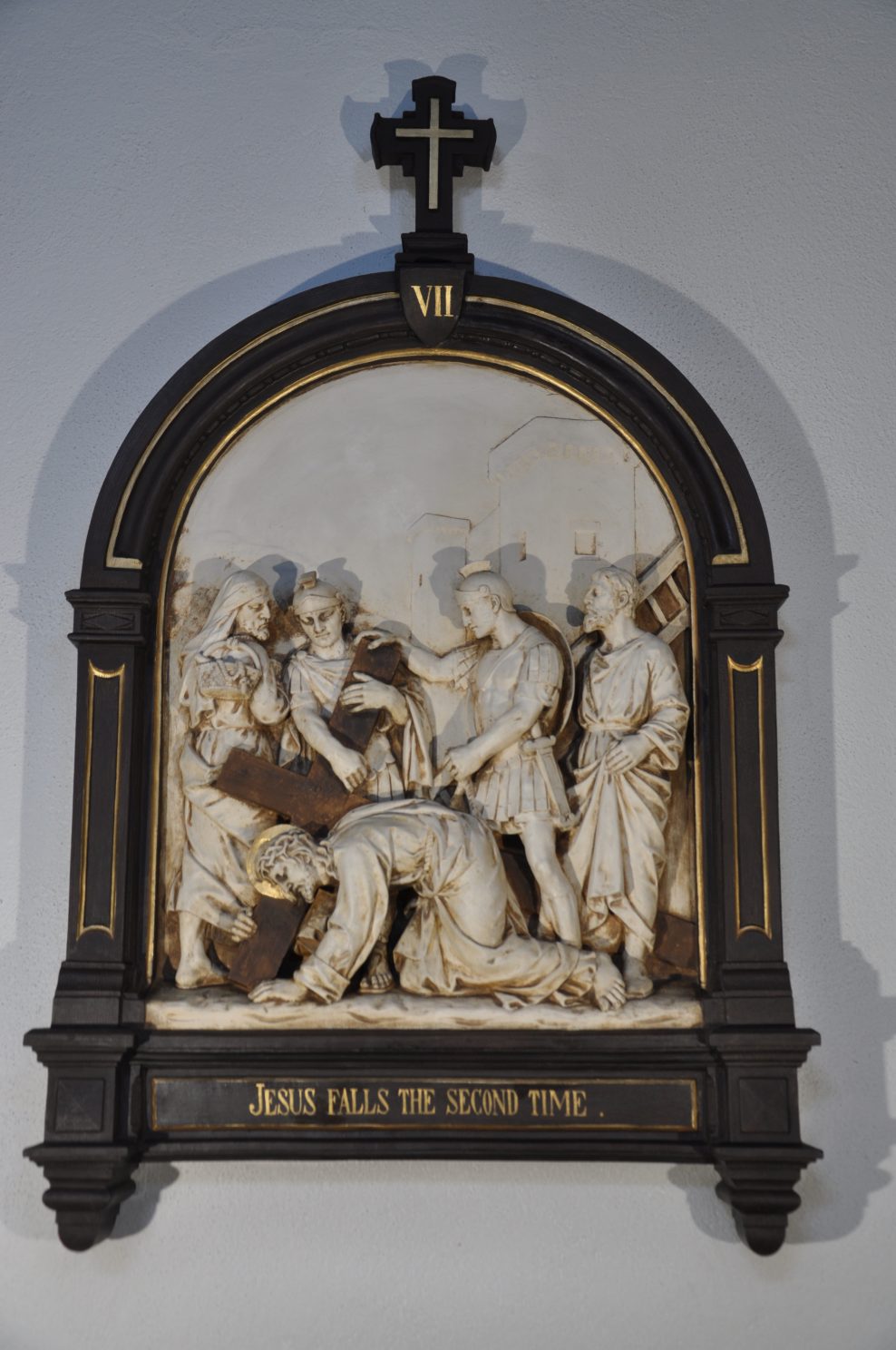 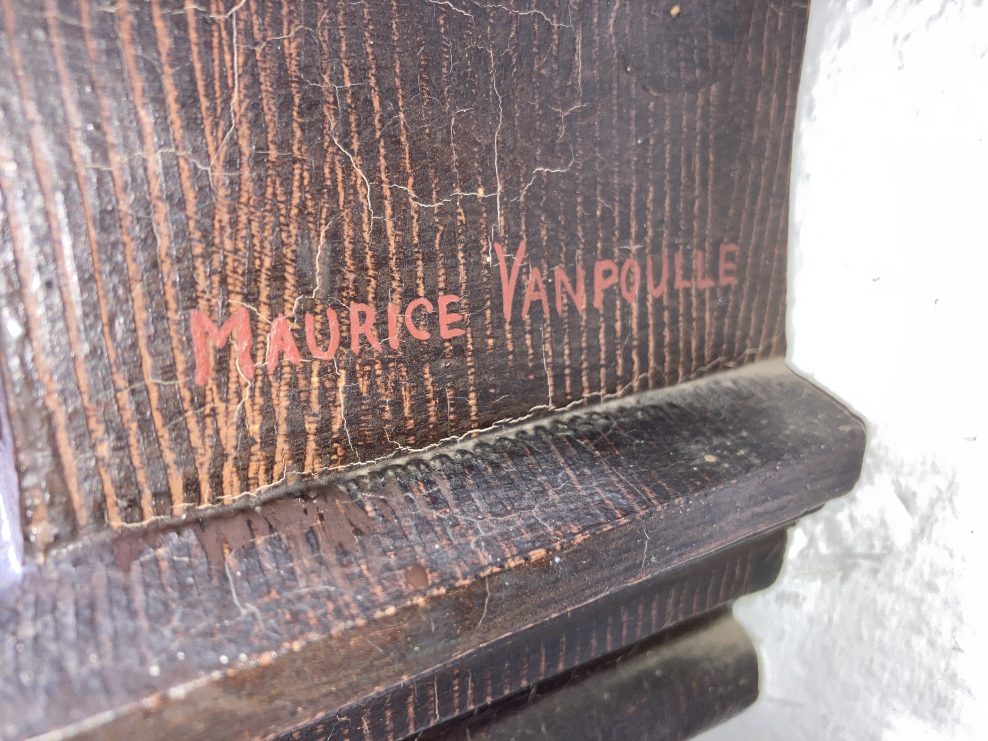