St John’s church in Waterloo is a Grade II* Georgian building and on its East wall, behind the altar, there are two Hans Feibusch’s wall paintings, which are undoubtedly the focal point of the entire building: the ‘Crucifixion’ (446 x 276 cm ca.) and the ‘Adoration of the Shepherds’ (100 x 140 cm ca.).
The aim of our conservation campaign for the Waterloo murals was to focus mainly on stabilising the flaking paint layers and reducing the thick ingrained dirt build-ups.

Both murals were painted in 1951, but only the Crucifixion is dated and signed by the artist. It is located on the East wall in a recessed panel, behind the altar, replacing the East window, damaged during the WWII bombing.
The technique of Feibusch’s murals, as well as the style, is quite distinctive. In St John’s mural, Feibusch probably used a combination of two techniques (Stic B Paint and Walpamur) that he described in his book Mural painting (1946).
The Crucifixion is painted in a loose style, loose only at first sight, as Feibusch prepared his murals in his studio producing preparatory drawings and cartoons that were then traced onto the walls, as he also described in his book.
In Waterloo paintings, particularly in the Crucifixion, the initial charcoal sketching is still visible through the loose paint brushes as well as some alterations made by the artist. Feibusch’s style is recognisable easily by his characteristic extensive use of light and shade, with strong highlights on one side of his figures, contrasting with deep, richly coloured shadows on the opposite side.
The support for the painting looks to be fibre plaster with possibly gypsum in the mix, attached over the wall brickwork.

Unfortunately, paint flaking, paint layer losses and numerous fine plaster cracks were affecting the Crucifixion. They seem to be old issues, possibly originated not long after the completion of the painting. In fact, it is understood that there were previous conservation campaigns, as overpaints are visible in a few areas, in particular around some flakes that seem suffering from paint flaking still today. In 1989 and possibly again in the 1990s some restoration was carried out by Feibusch’s student Christopher Boulter. In addition to the paint flaking and fine cracks, before our conservation campaign, the painting surface had a general layer of dirt build-up that accumulated with time. In some places, the dirt accumulation is uneven or in patterns due to air circulation through cracks in the plaster surface. Also around the left-hand side of the frame, there were gaps that allow air ingress, causing preferential deposition around it. The painting surface appeared dull as it is affected by a thick layer of particulate dirt, due mainly to air pollution.
The Adoration of the Shepherds was in better condition than the Crucifixion; in fact, apart from the dirt build-up layers, the painting was in very sound condition.

Prior to establishing the key methodology for the design of a conservation treatment phase for the Feibusch’s murals, since 2015, as part of the 2022 restoration of the Church led by Eric Parry Architects, a comprehensive period of research and investigation took place. It was carried out by Tobit Curteis Associates (TCA) in order to analyse the environmental conditions in the building and to study the materials from which the paintings were made. Based on the results of the historical research, materials analysis, thermal imaging and environmental monitoring, changes were made to the window structure, behind the Crucifixion wall.

After addressing the window structure issues, it was finally time for Claudia Fiocchetti’s team to undertake the conservation treatment project. I led a 2 conservator team and the project run for 4 weeks in July 2022.

The aims of the conservation treatments were: 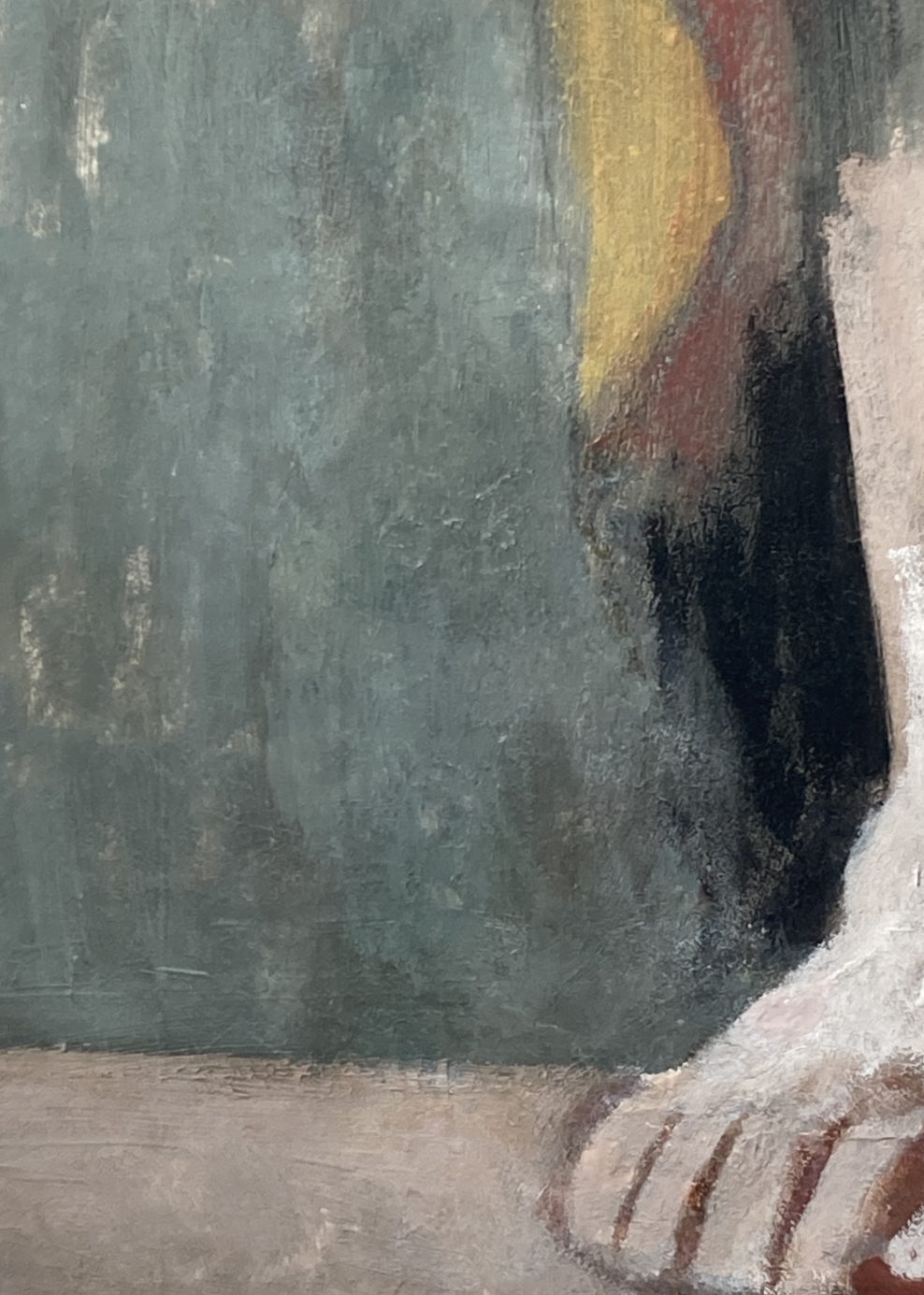 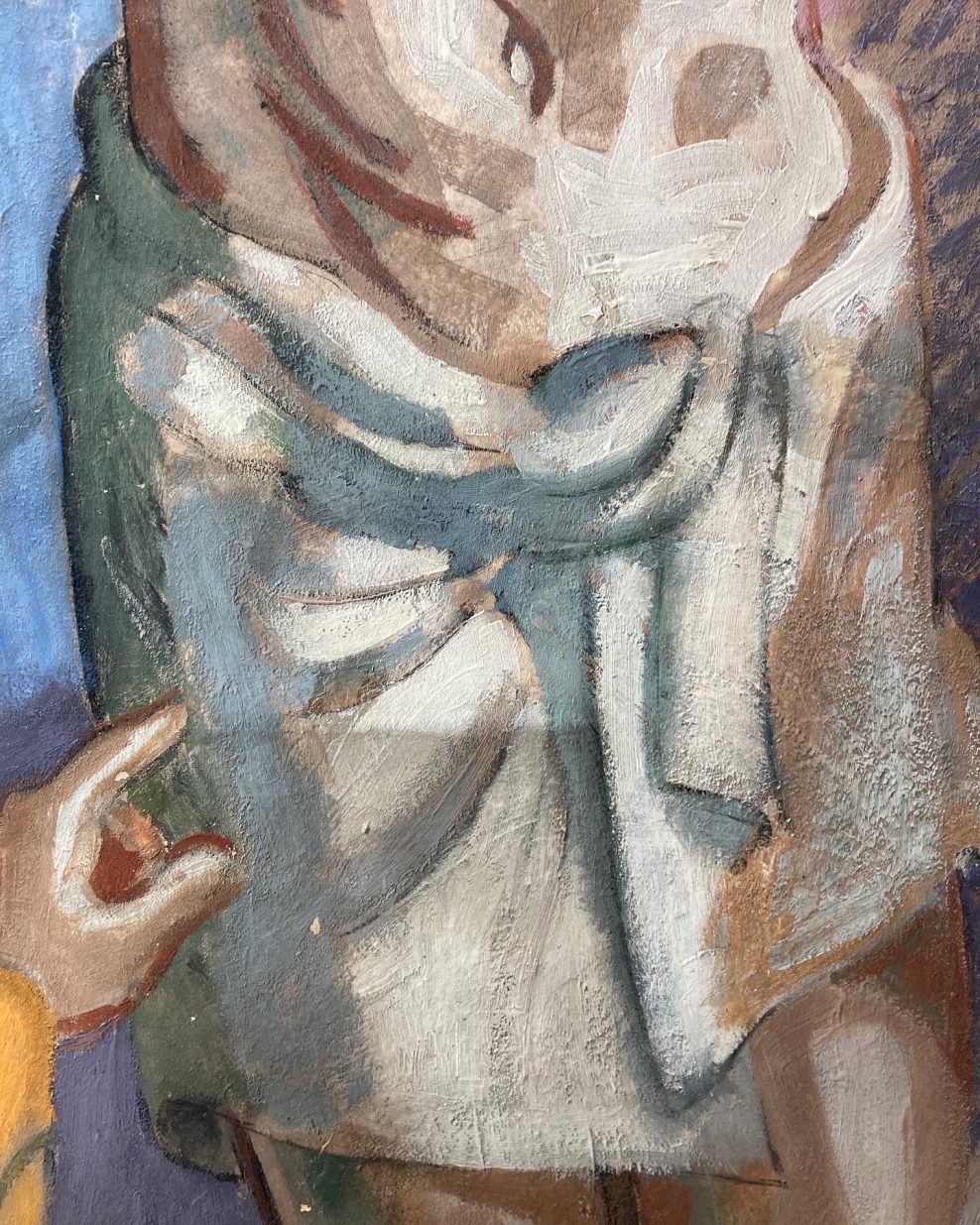 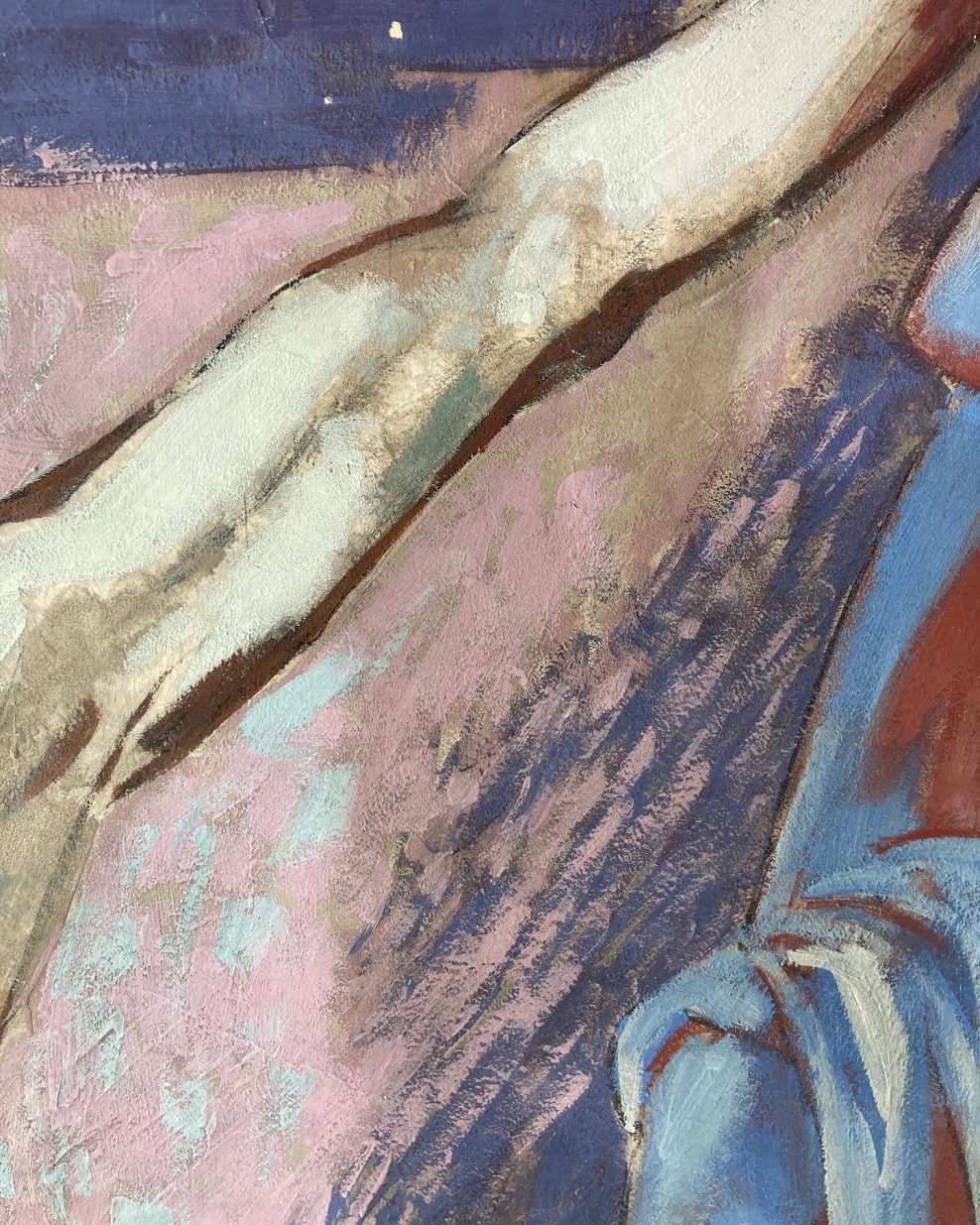 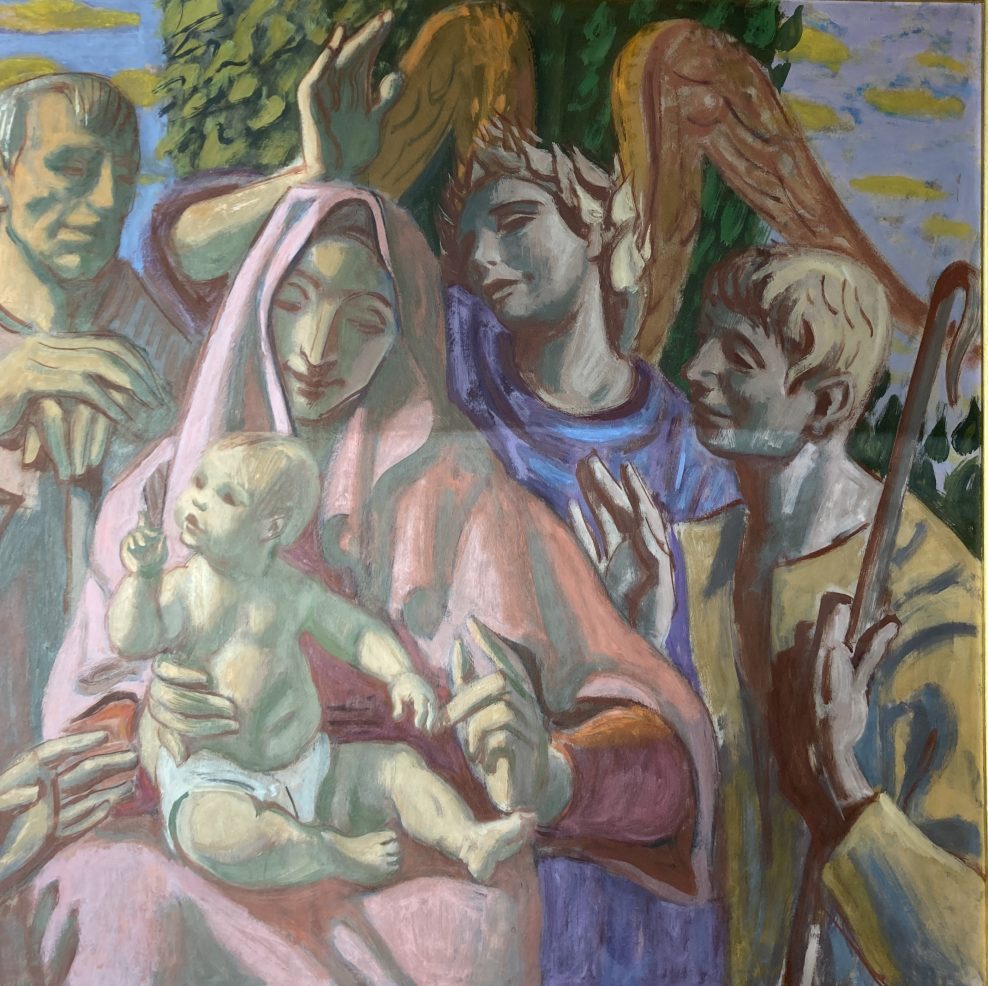