St Mary Magdalene church in Paddington, London, is a grade I listed building. Within its crypt, the St Sepulchre Chapel (1895) was designed by Ninian Comper, who is considered the last of the great Gothic Revival architects. Unfortunately, the chapel’s location and its substrate materials are the main causes of the severe deterioration affecting the painted schemes and its stone fabric.
This challenging and fascinating conservation project focused on the most evident deterioration issue in the chapel, which was the severe de-lamination of the paint layers, in particular on the vault. Large areas of the vault, ribs and window traceries, especially on the south side of the chapel, had suffered a complete loss of paint and ground layers, leaving the plaster on the vault in these areas exposed and affected by de-cohesion (binder loss) and salt efflorescence.

Poor environmental conditions, such as water ingress, have been causing the deterioration of the chapel interior since soon after its completion.

Prior to establishing the key methodology for the design of an extensive conservation treatment phase for the decorative scheme in the chapel’s single nave, a long, comprehensive period of research and investigation took place. In addition to that, before the commencement of the conservation treatment project, I undertook two extensive trial campaigns in 2021 to identify the most suitable methods and materials for undertaking the work.

• To stabilise and slow down further de-lamination and detachment of the paint and ground layers, and to re-establish adhesion between the supporting plaster (vault) and the supporting stone (ribs and south wall window traceries).

• To remove ingrained surface dirt and deposits from the surfaces of the decorative scheme, as well as reduce the visually disruptive separation of the binder from the original pigment particles, which could be seen on the painted surface of the vault.

• To re-fix those elements that had become detached or dislodged, such as lead ornaments (stars and octofoils) and the plaster cast- angels on the vault.

• To de-frass the superficial, loose efflorescence build-up from affected surfaces; this was only completed in areas where the salt crystals were easily removed without causing further damage to the original surfaces.

This project was made possible thanks to a generous NLHF Grant and the Paddington Development Trust.

More details about this project can be found in this article. 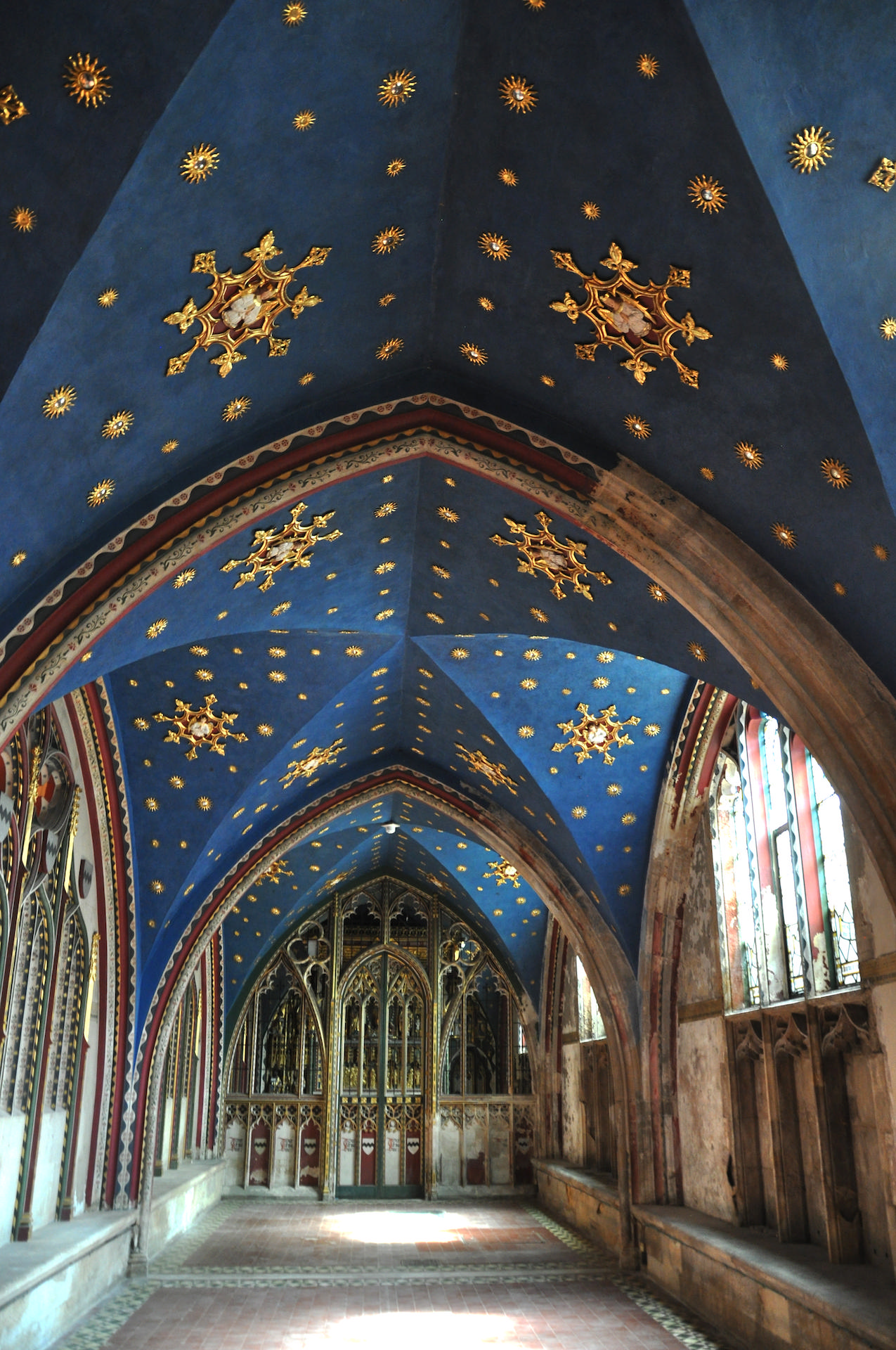 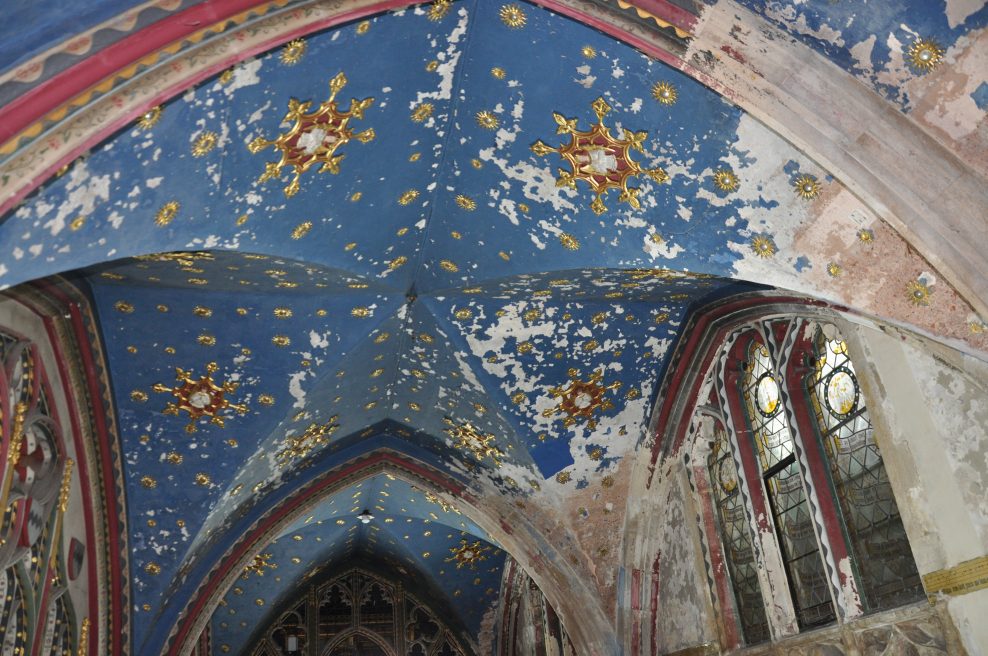 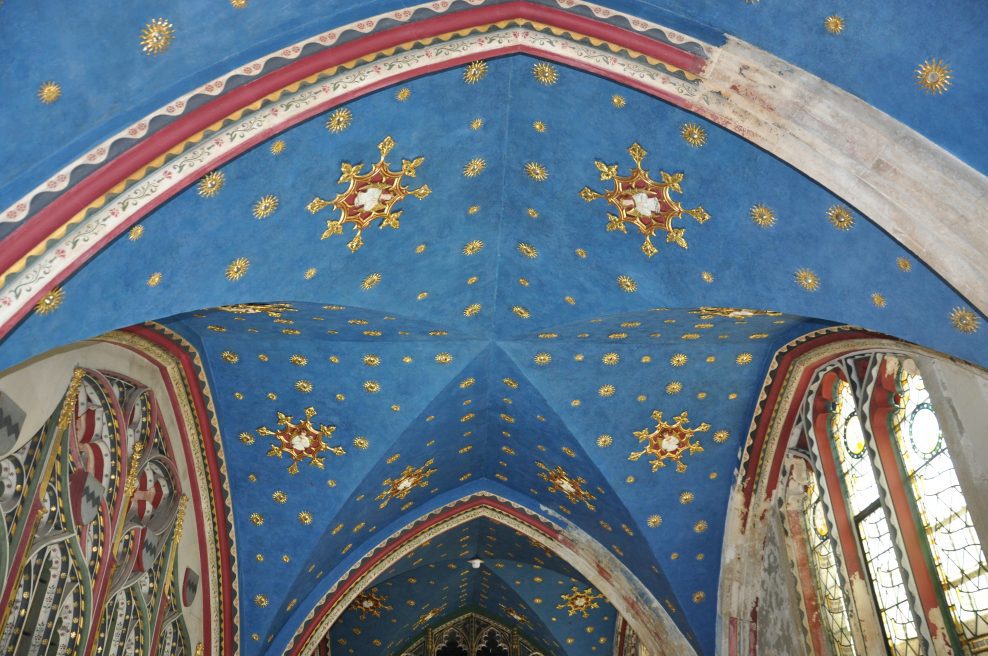 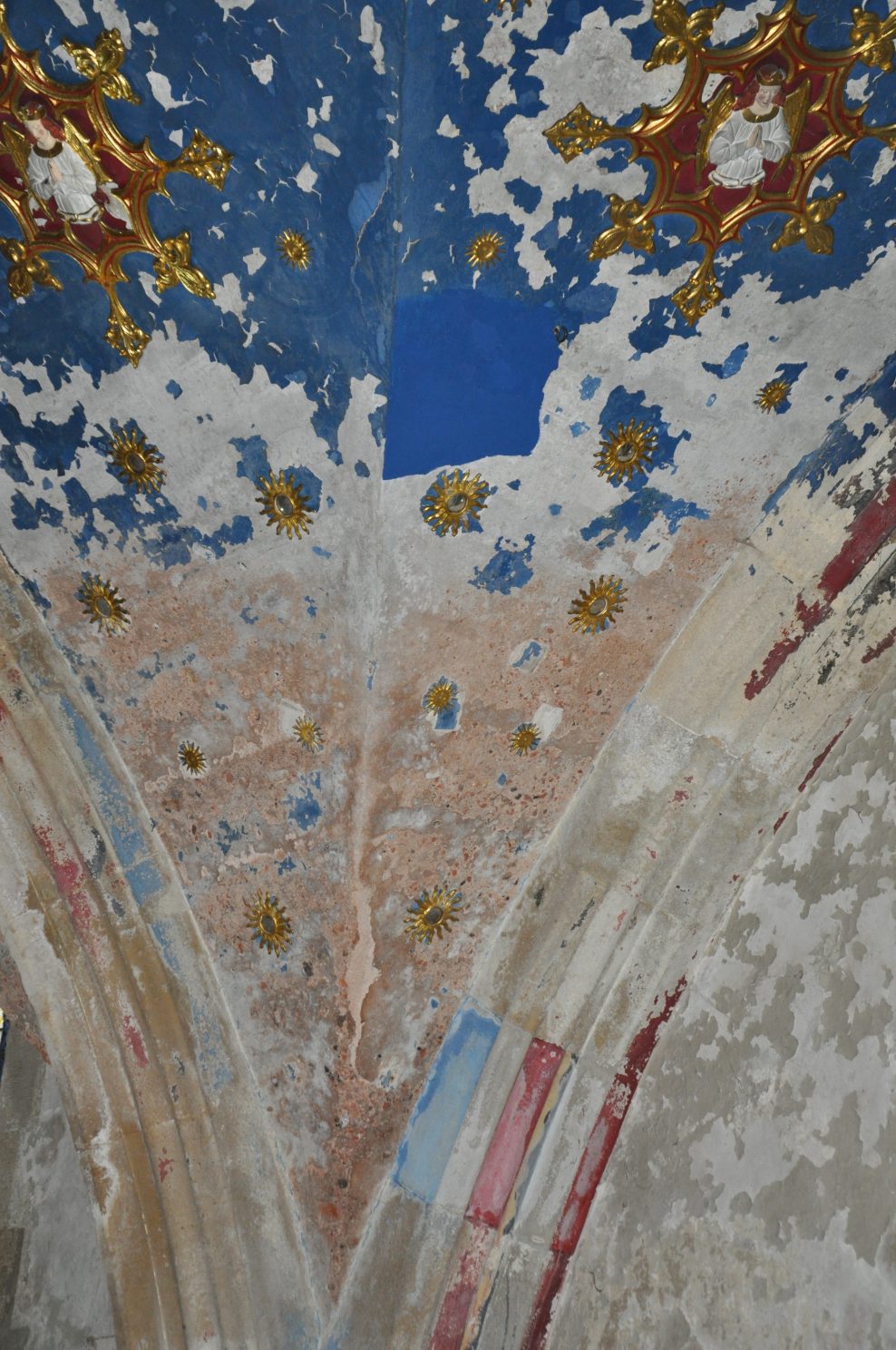 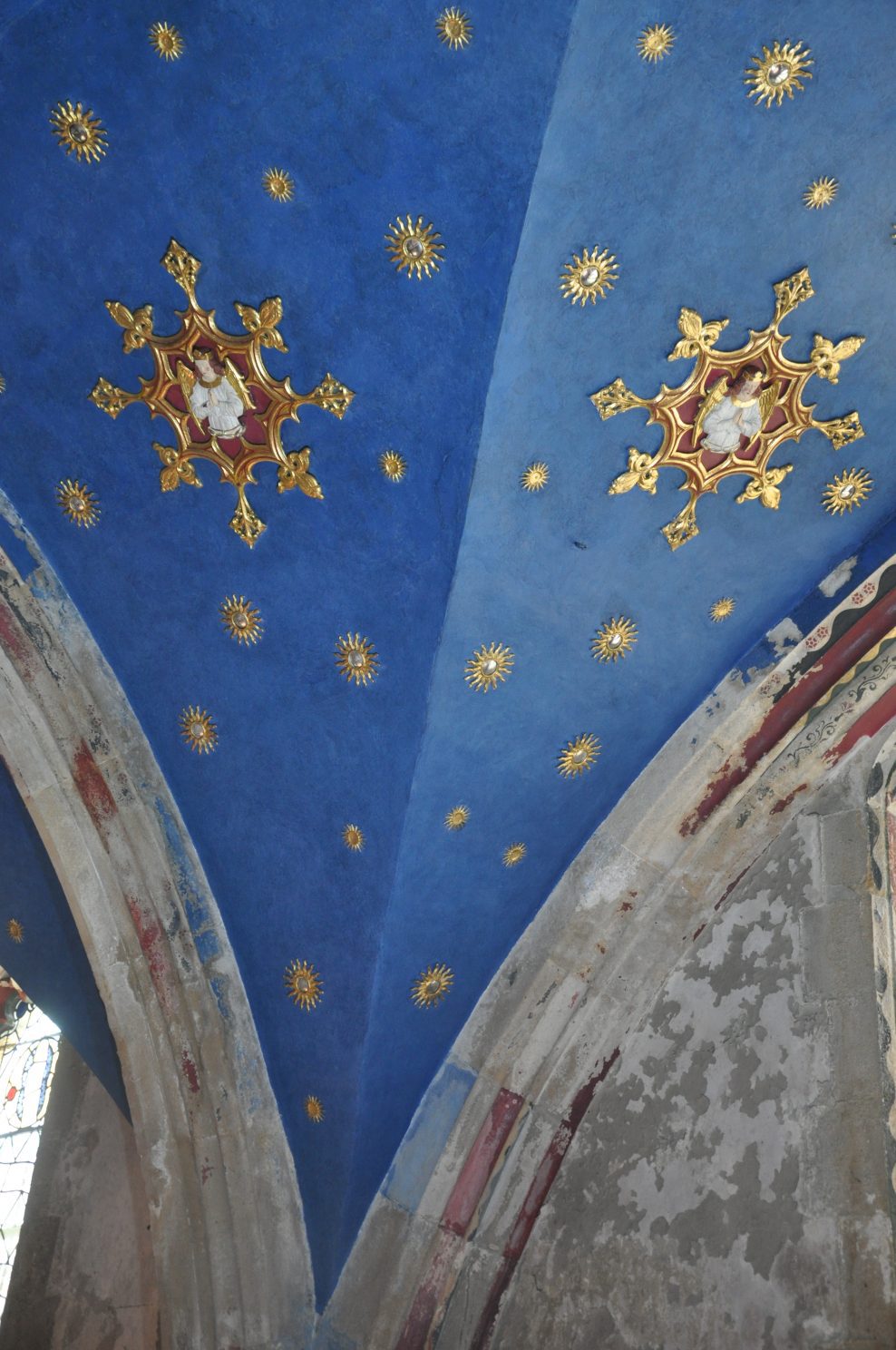 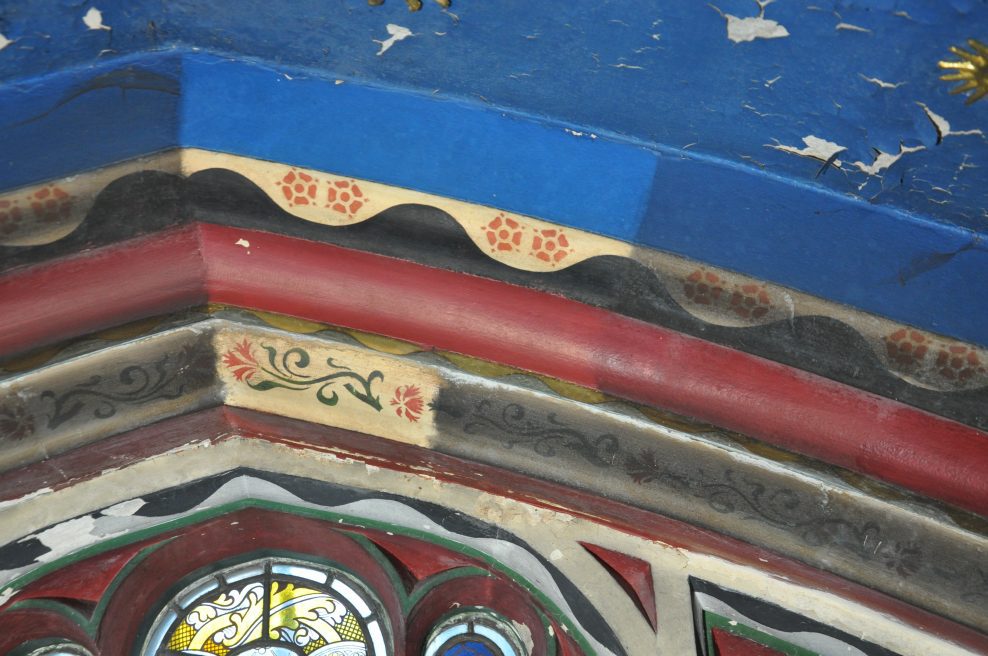 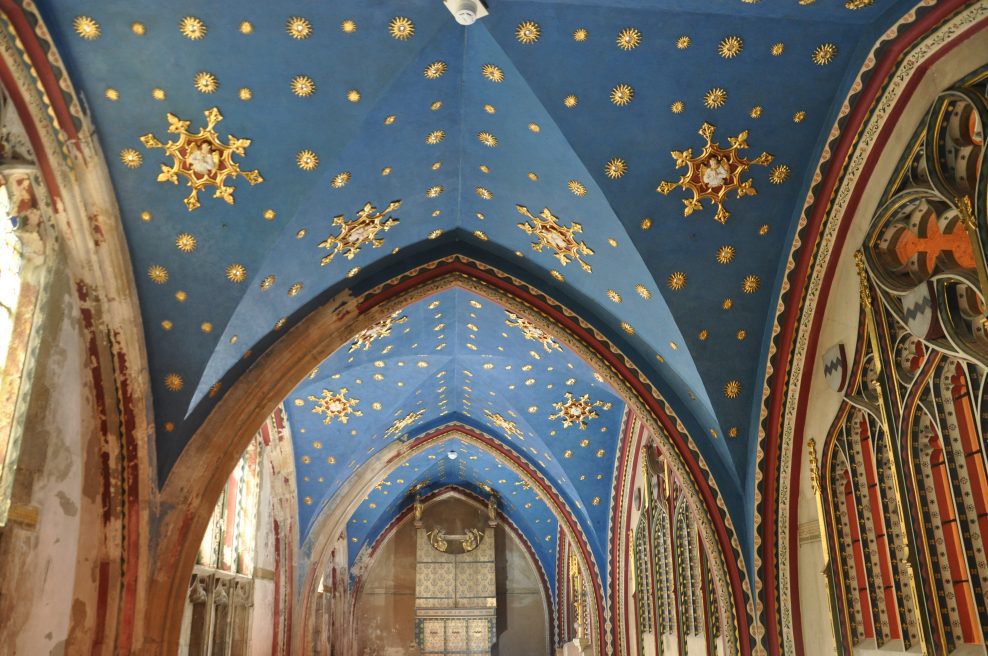