The octagonal font was made at the beginning of the xx century and it is made of Caen stone and alabaster.
The entire font was precarious and it required urgent attention for safety reasons.

The moulded stone, beneath the basin, had a vertical crack that separated the stone into two pieces and the two separated halves were kept together with cable ties. The main causes of those damages are two: the basin itself is too big and too heavy compared with the alabaster pillar; the font was moved several times around the church and very likely fell on the floor. The bottom bed of the basin had an ugly, unsympathetic and partially detached cement mortar bed. The alabaster column was shifted and the mitre lines were not correctly lined up. The base stone was fractured in a few places and had a few losses. The moulding on the base was damaged and had a few losses too, however, some pieces have been kept aside.

The project run for a week and my role was leading a team of one conservator and a stone mason. 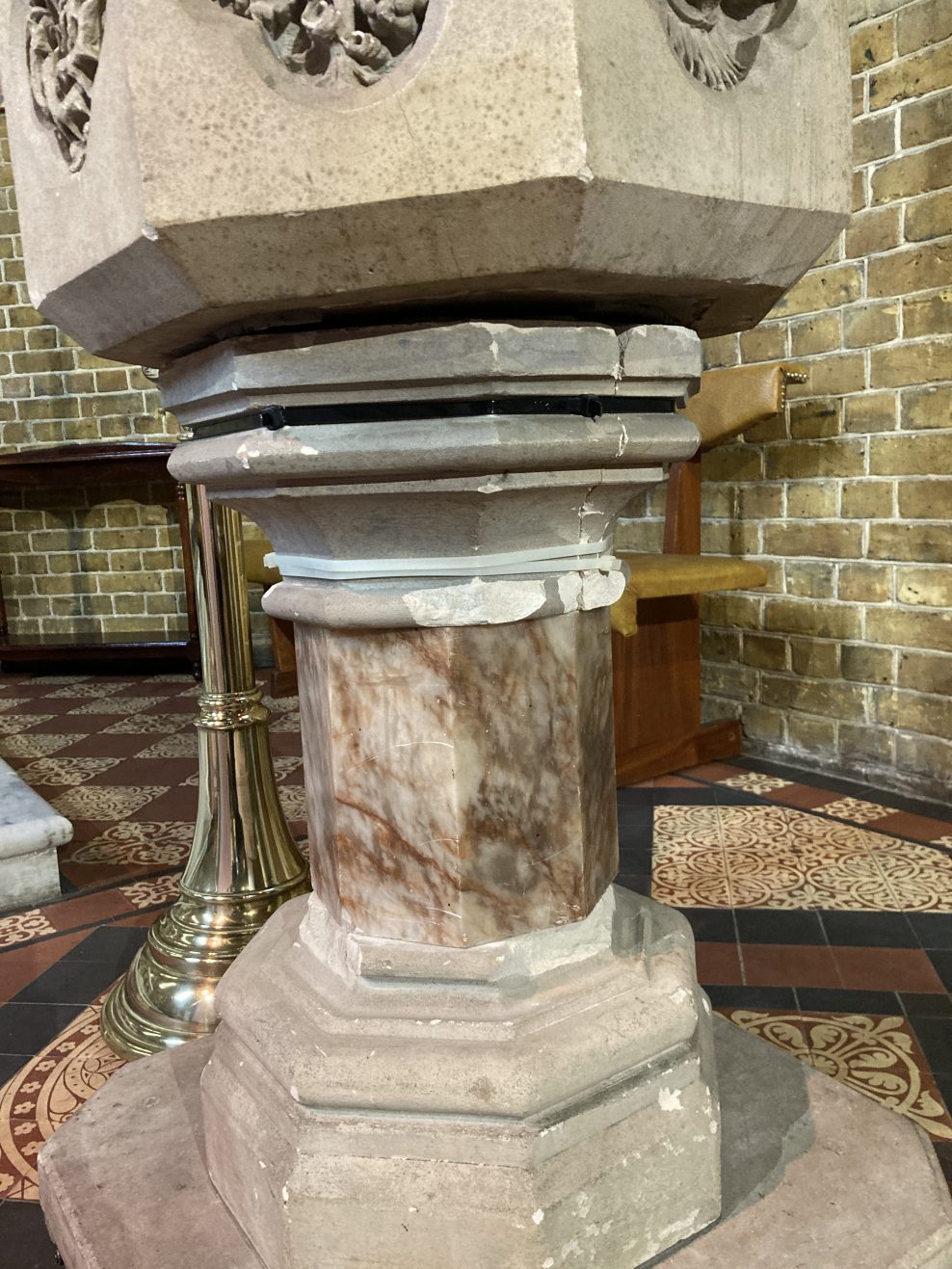 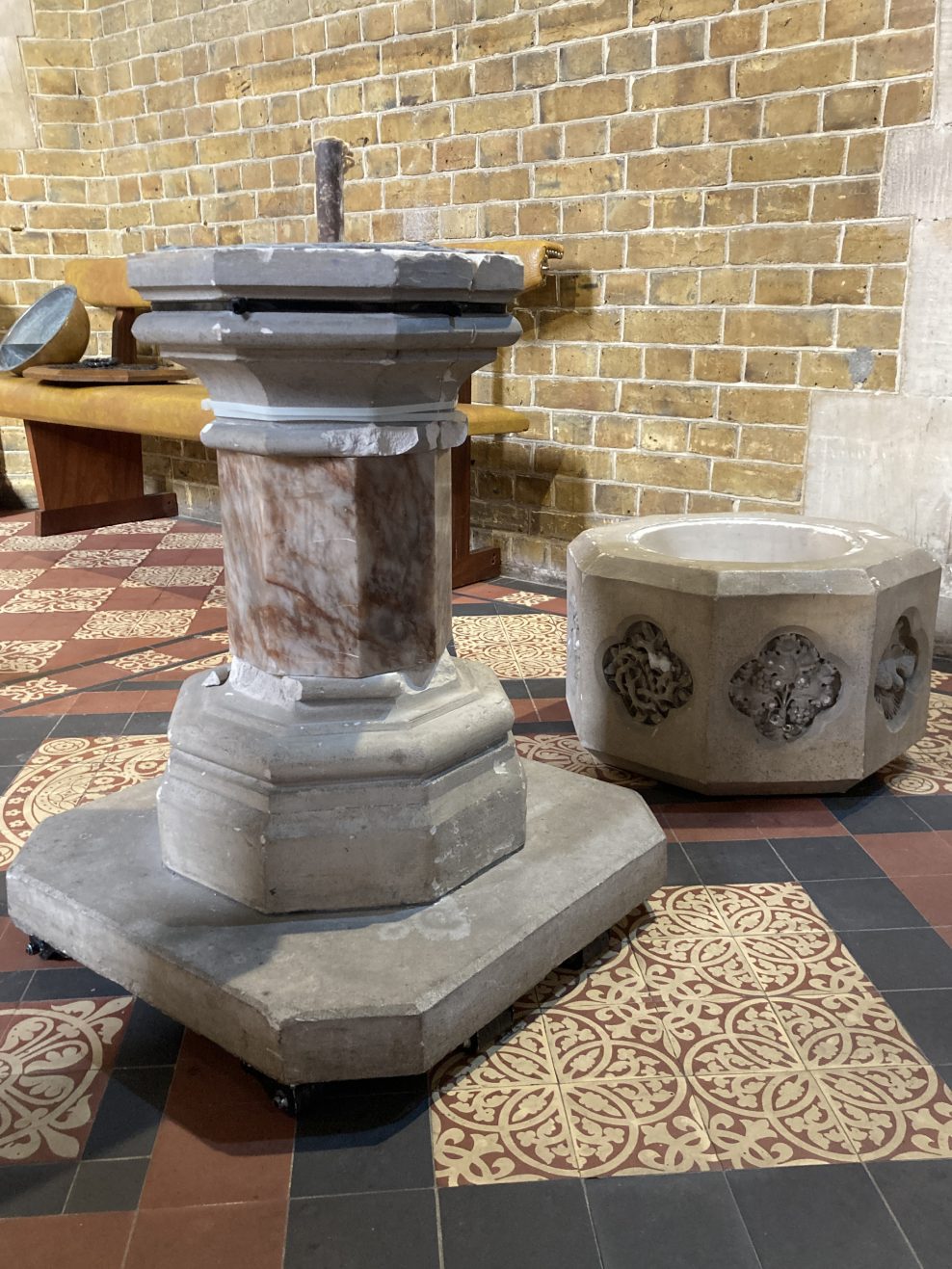 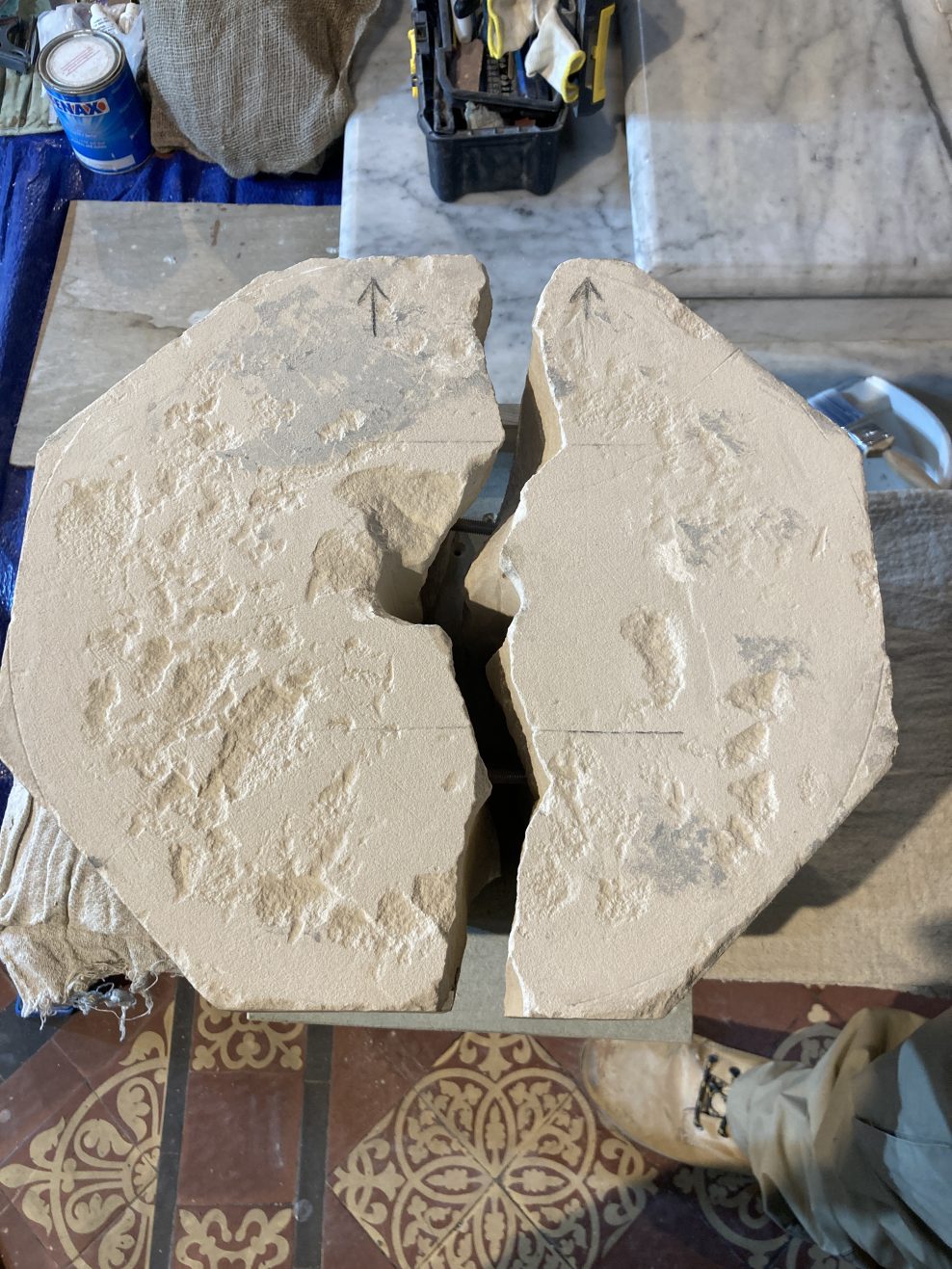 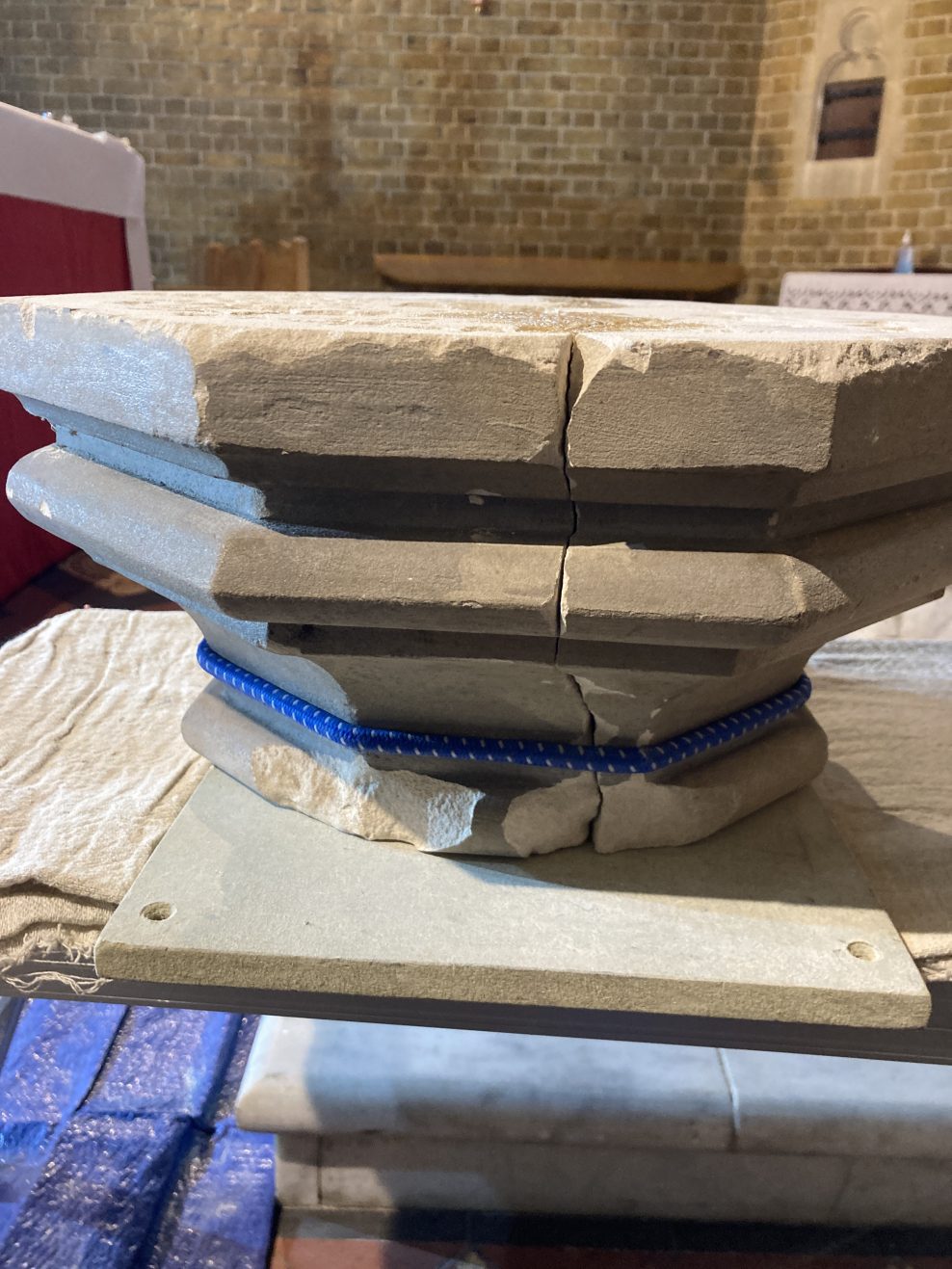 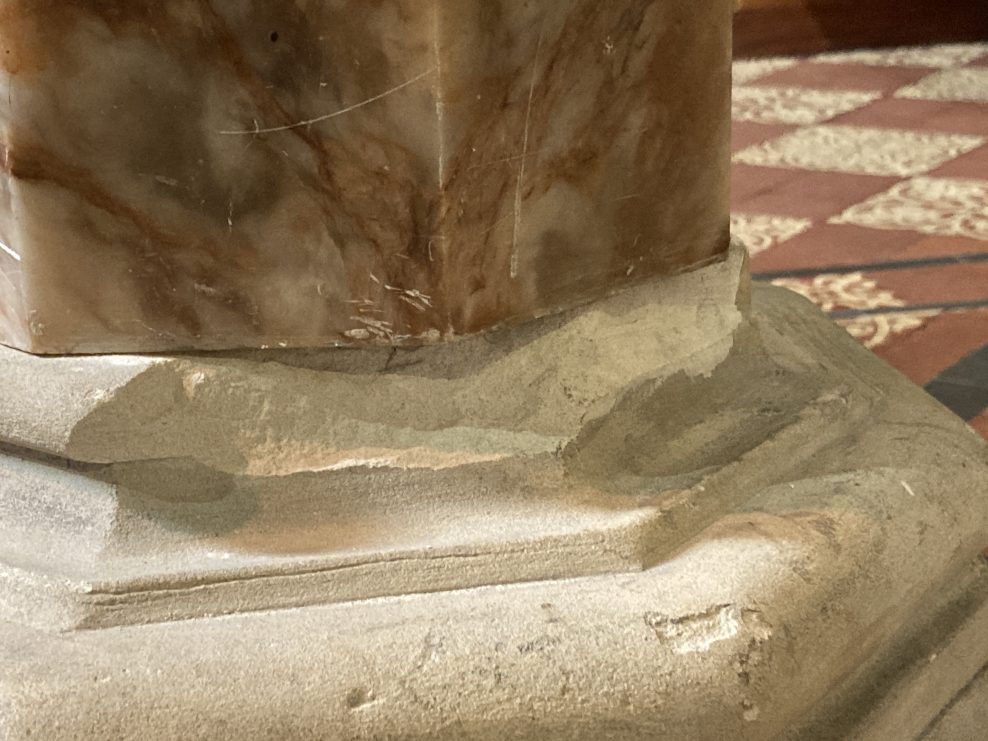 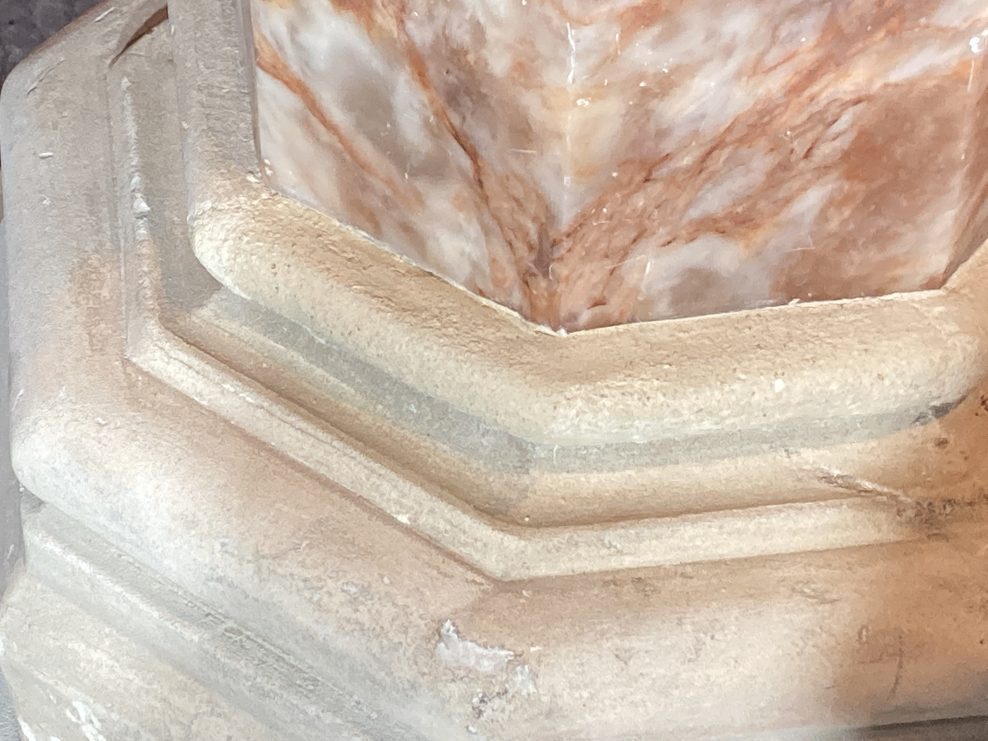 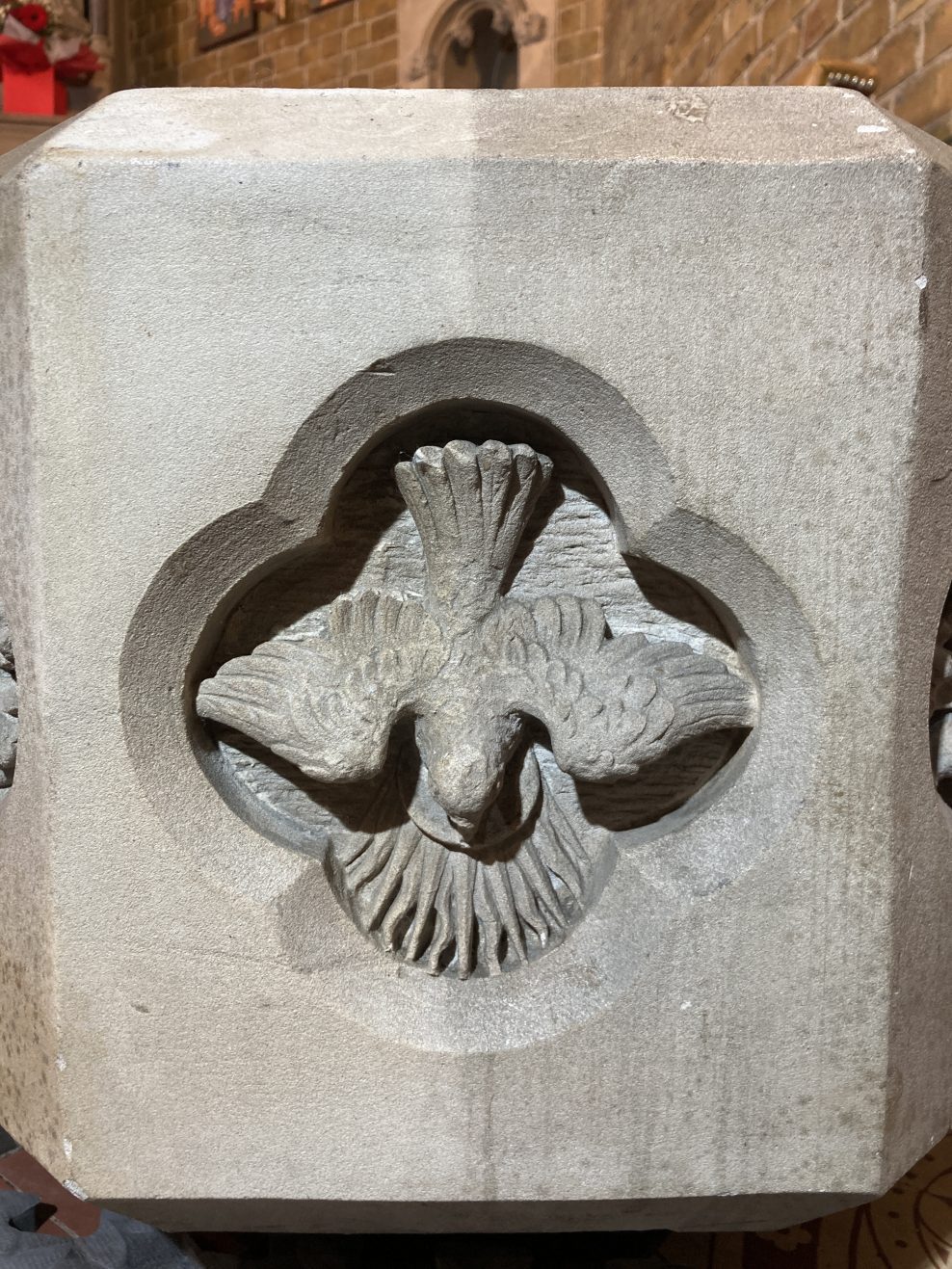 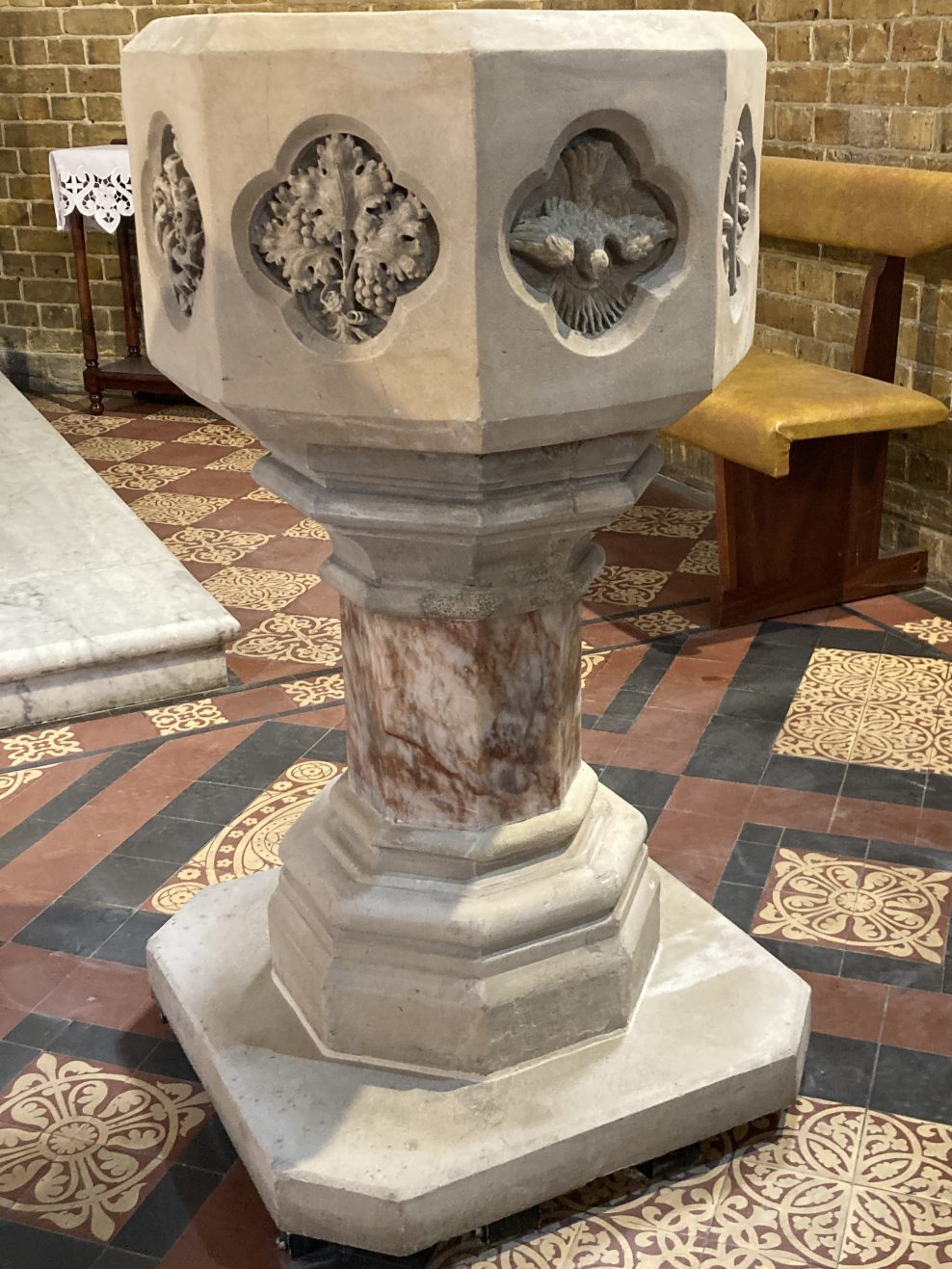