The Black and White House Museum, Hereford, contains two 16th/17th-century wall paintings set into walls on the first-floor room of the building. These originate from another house in the city, 5 Widemarch Street, and were discovered in 1888. They were detached and moved to their present location in 1947. They show Old Testament scenes of Joseph interpreting Pharaoh’s dream and Joseph presenting his father and brothers to Pharaoh.

Prior to their treatment, the paintings were in a very poor and vulnerable condition. The skim-plaster on which they are executed was dangerously cracked and separating from the support beneath, affording them little safety. Past repainting had discoloured over time, as had a number of non-original varnish and coating layers. These also presented a number of long-term conservation risks through aging and degradation processes.

The priority was to stabilise the paintings. To address the problem of plaster separation, a specifically developed compatible lime-based grout was used, with lightweight, fast-setting properties. Infrared thermography (IRT) was utilised to monitor wetting and drying states during and after treatment, and to determine the distribution of the grout behind the plaster. The paintings were then carefully cleaned. The number and variety of discoloured coating materials on them were considerable, and cleaning was not straightforward. Approaches were varied, using a range of materials and procedures tailored to specific circumstances and problems. Cleaning was guided by in-situ microscopy, in both normal and uv-light, to characterise original/non-original materials, and evaluate risks.

Investigation of the original painting materials and techniques was a significant component of the conservation programme. This was based on the non-invasive procedures of multi-spectral imaging and portable microscopy. Findings were both unexpected and exciting, with pigment traces indicating that the paintings were originally much more colourful than they appear now. Expensive paint materials were used, such as the yellow pigment, orpiment, which was prized for its brilliant colour, and the blue pigment, smalt. 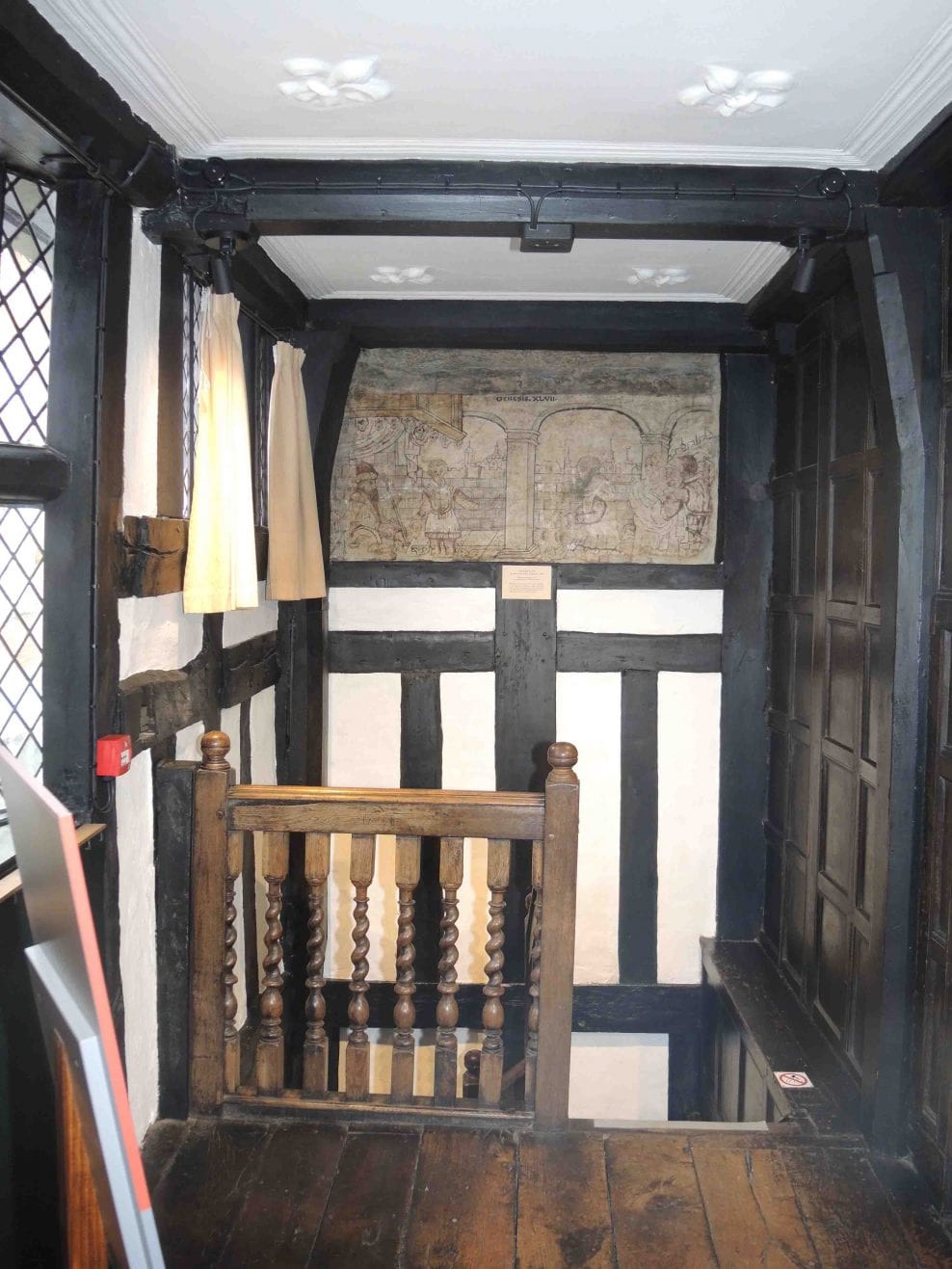 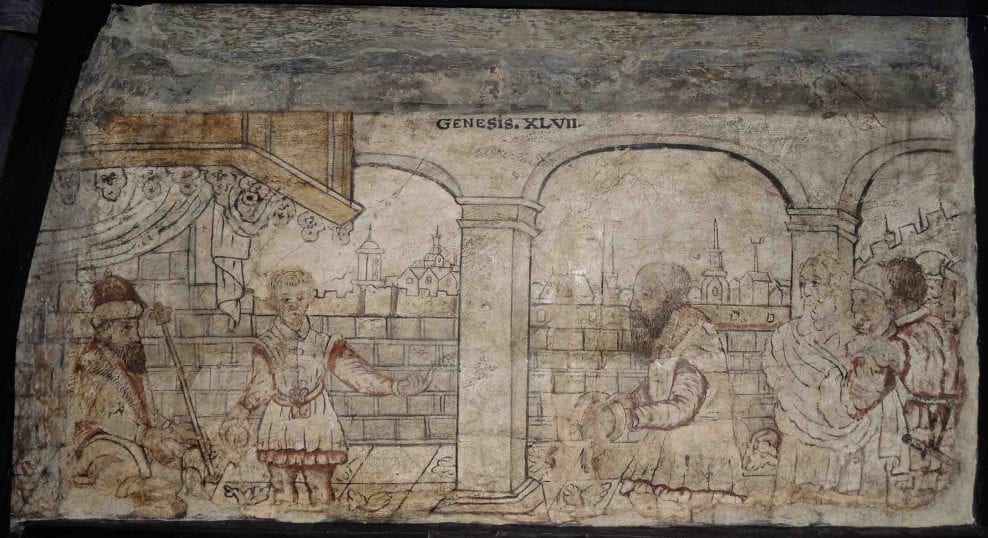 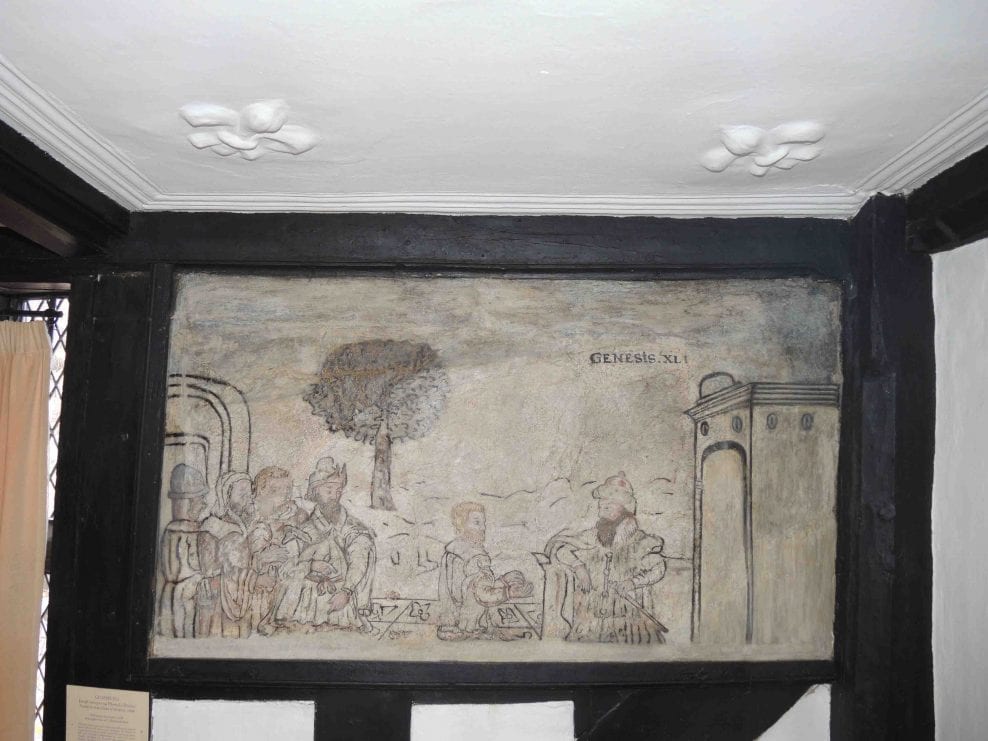 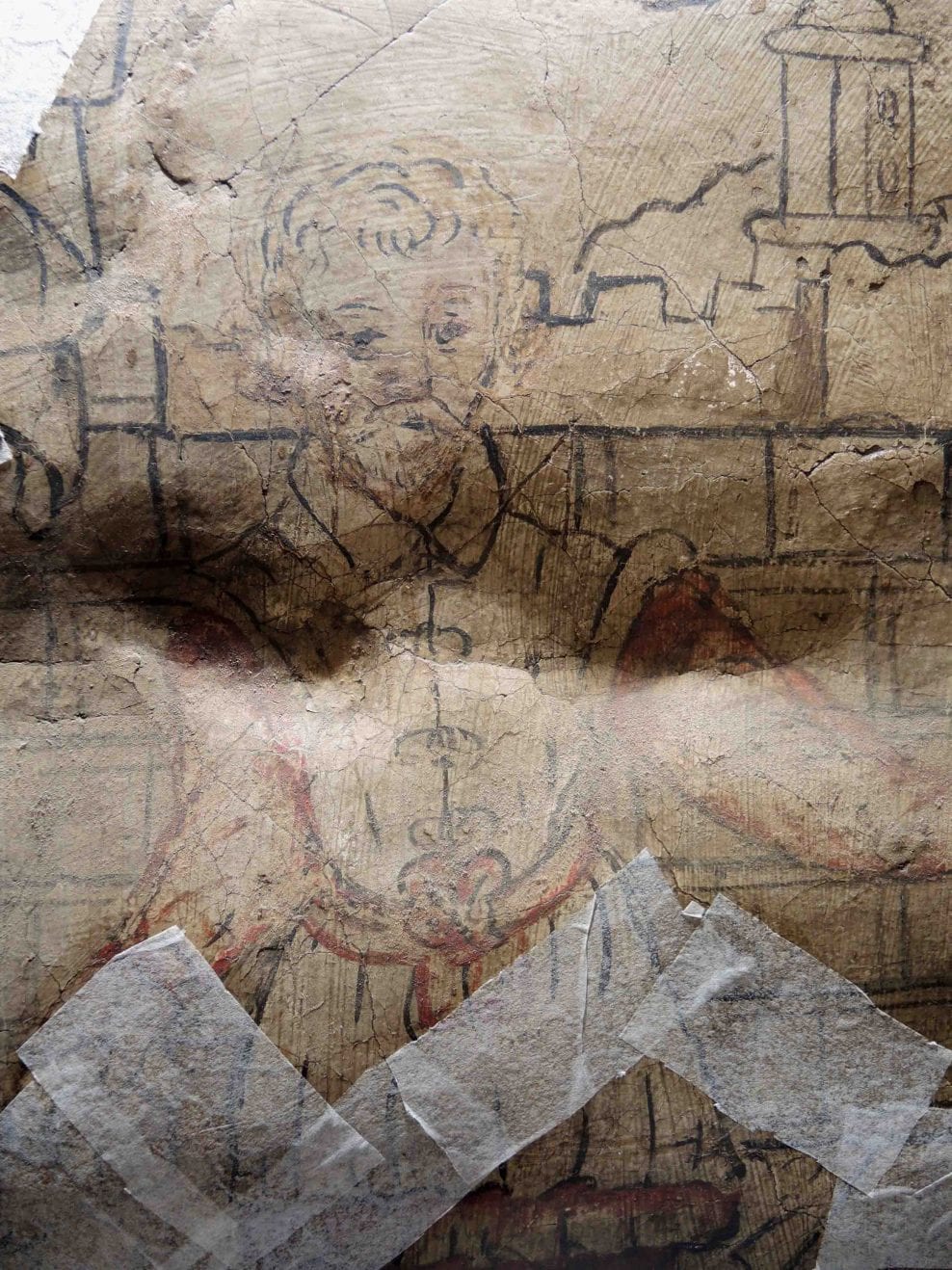 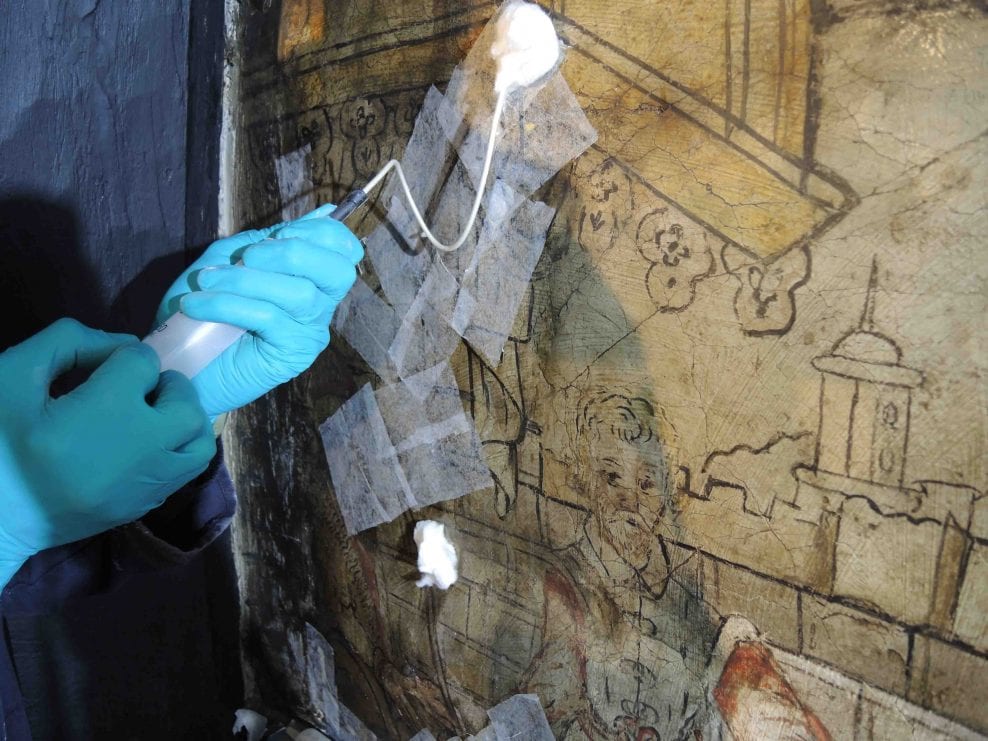 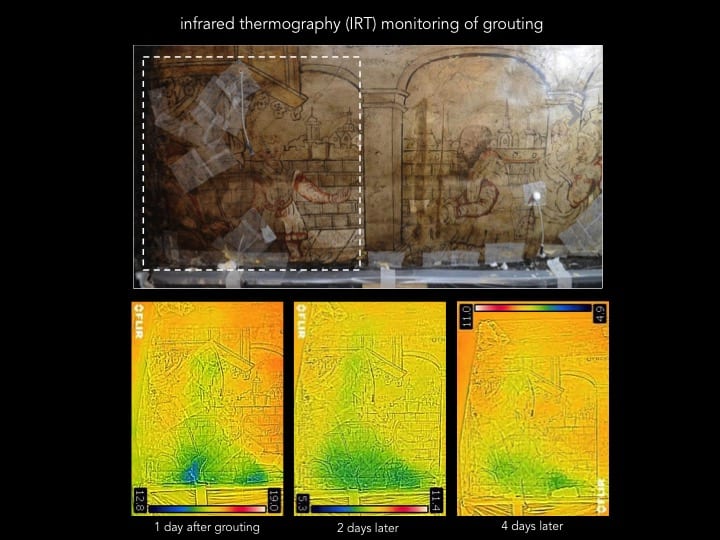 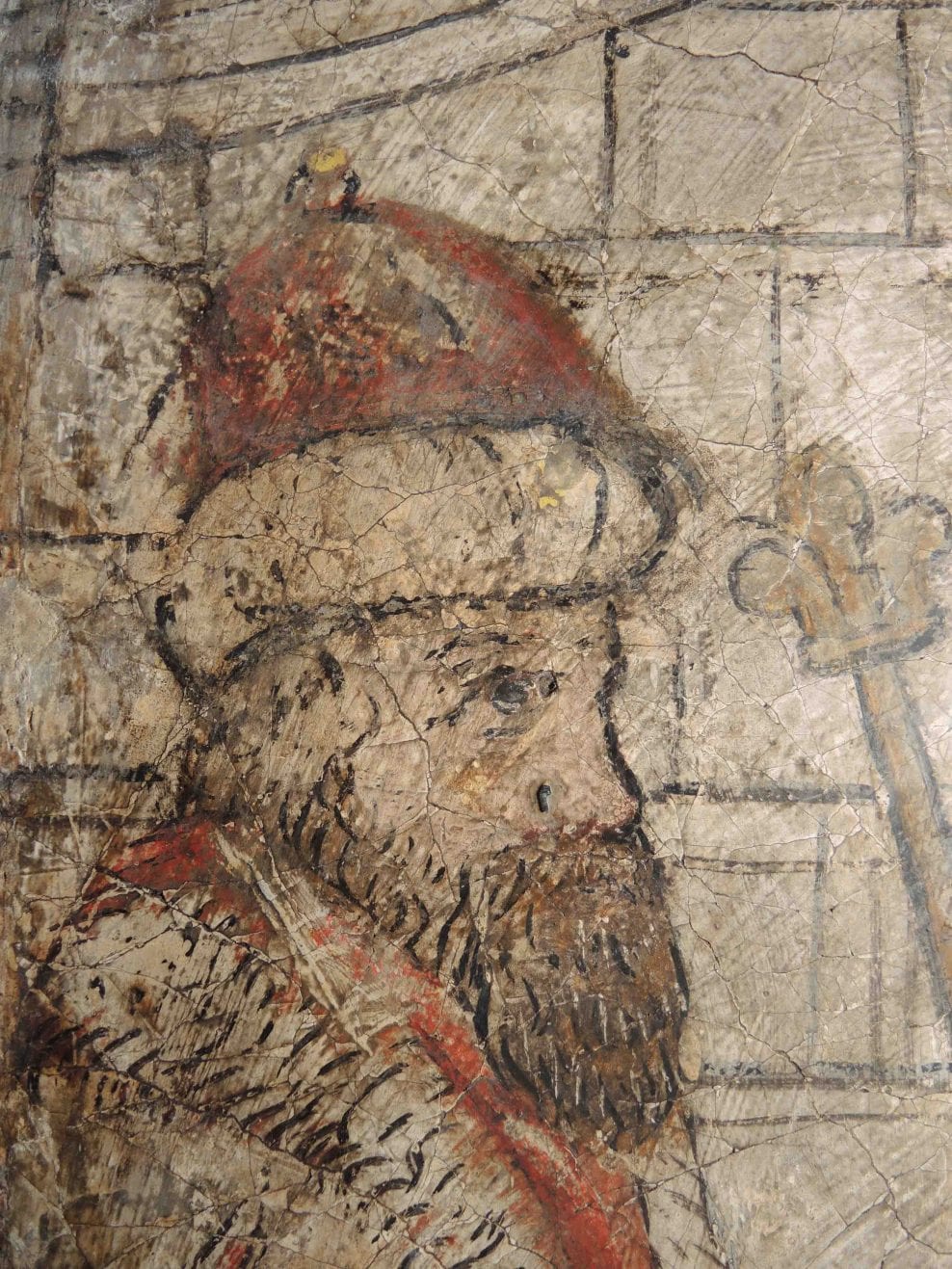 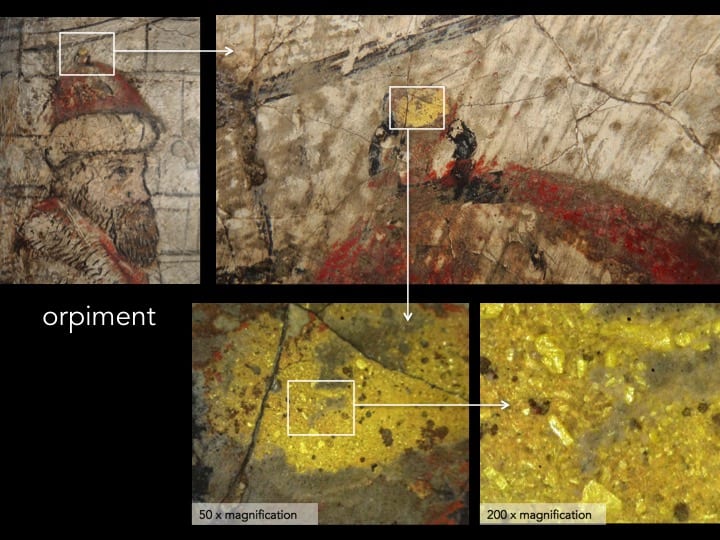 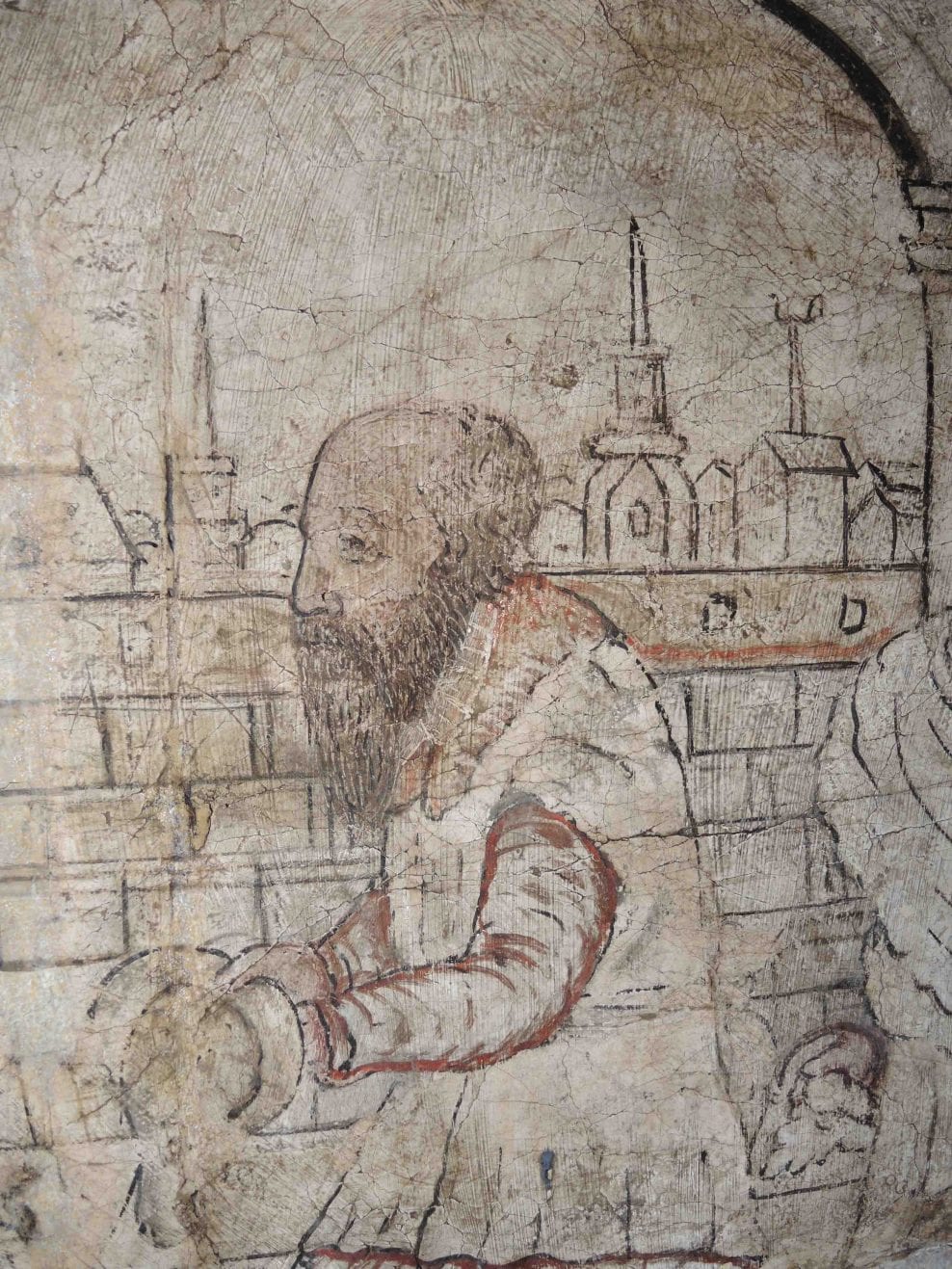