Conservation of the Frampton wall painting

The church of St Peter, Birstall, preserves one of the few surviving murals by the early modern artist, Edward Reginald Frampton (1872–1923), which he painted above the chancel arch in 1901. Described as a late Pre-Raphaelite, Frampton was also influenced by important European artistic movements, such as Symbolism and Art Nouveau. In his lifetime he was regarded as an avant-garde artist whose paintings were much celebrated; they are still acclaimed today.

Frampton developed a particular expertise in mural painting, which he executed in a version of the ‘spirit fresco’ technique. His formulation, ‘elaborated through years of experiment’, combined powder pigments with beeswax, a spirit vehicle, and copal or shellac. Frampton’s stylistic and technical achievements represent major contributions to mural practice in Britain in the early 20th century. Regrettably, most of his commissions no longer survive, and only three church schemes are now known with certainty, including the Birstall painting. It is therefore a rare survival of national importance.

Although Rickerby and Shekede conserved and cleaned the Birstall painting over a two-month period in 2020, they have been involved in the research and conservation of Frampton’s surviving ecclesiastical murals for more than 20 years. At Birstall, this included archival research, and investigations and analysis of Frampton’s paint materials and techniques. At the church of St Michael the Archangel, Rushall, Walsall, where Frampton’s most ambitious mural scheme survives, they undertook technical investigations (1999), environmental monitoring (2000-2001; 2008-2009), and a major programme of conservation and cleaning (2015). In 2018, at St Barnabas’s church, Ranmore, Surrey, they completed technical and condition investigations of Frampton’s last known mural. This body of knowledge and data underpinned the treatment programme at Birstall, which involved the cleaning of a discoloured, non-original varnish from the painting. Following its successful cleaning, the mural can now be appreciated for the luminous colour effects that Frampton originally intended. 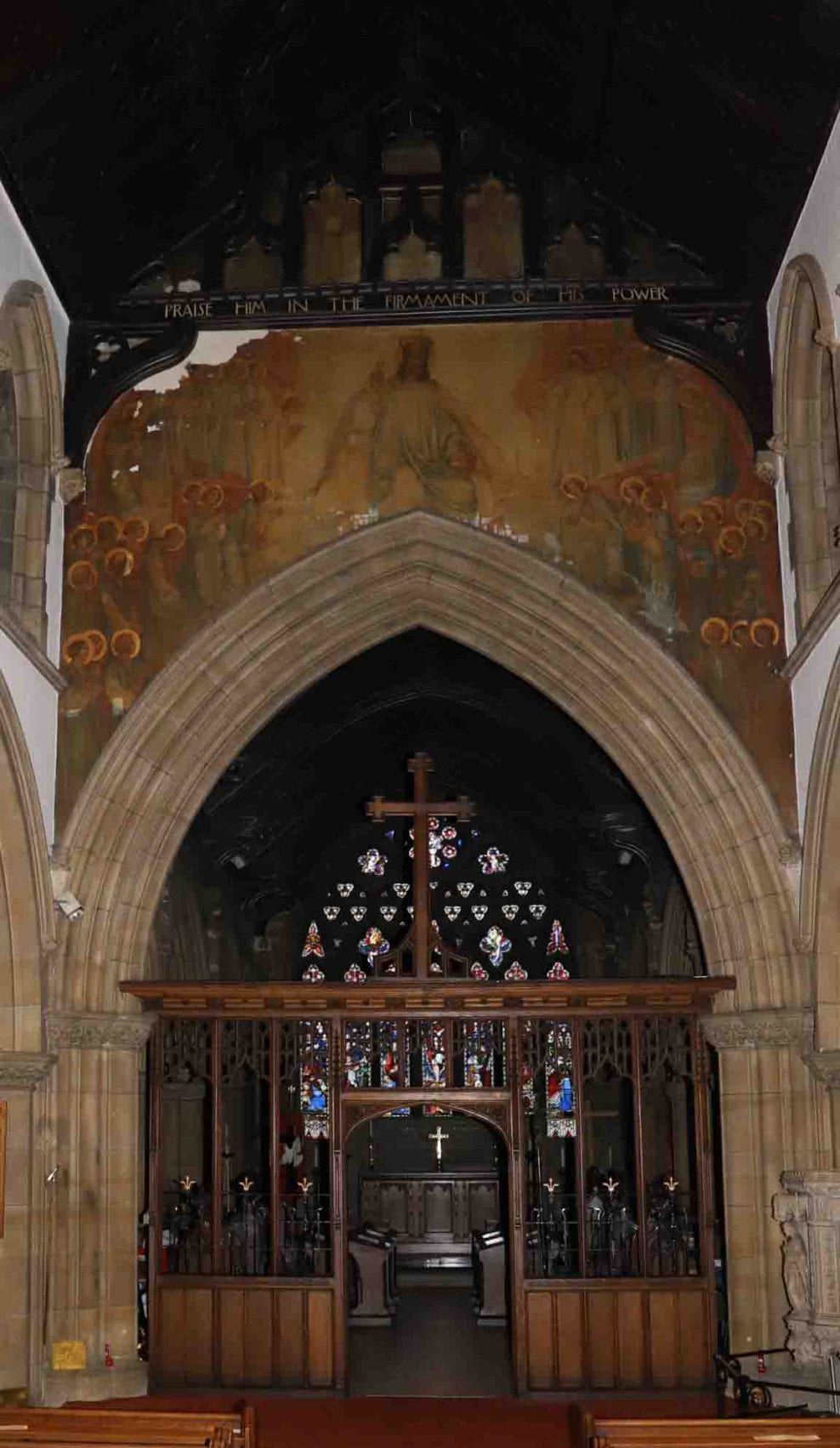 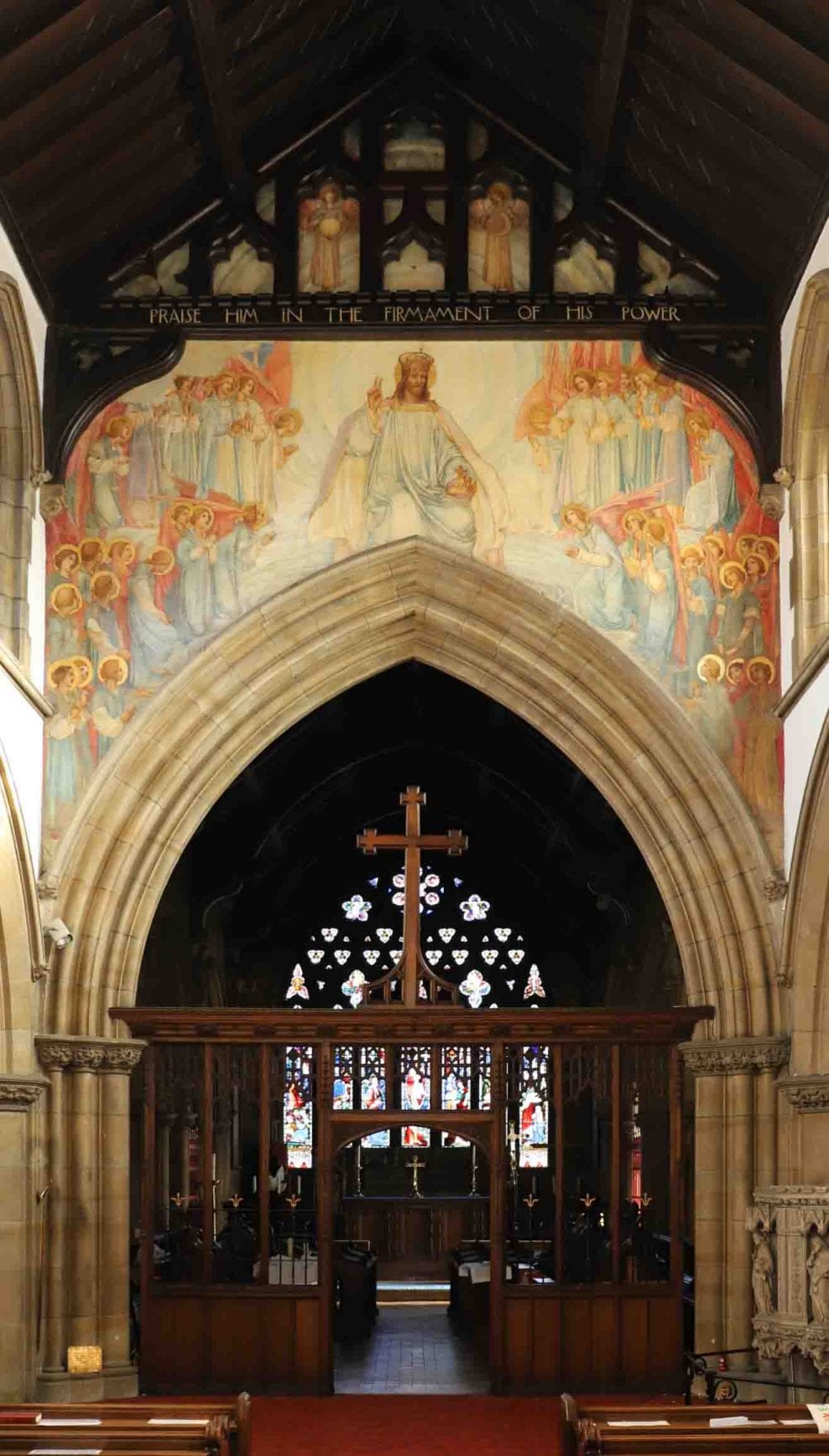 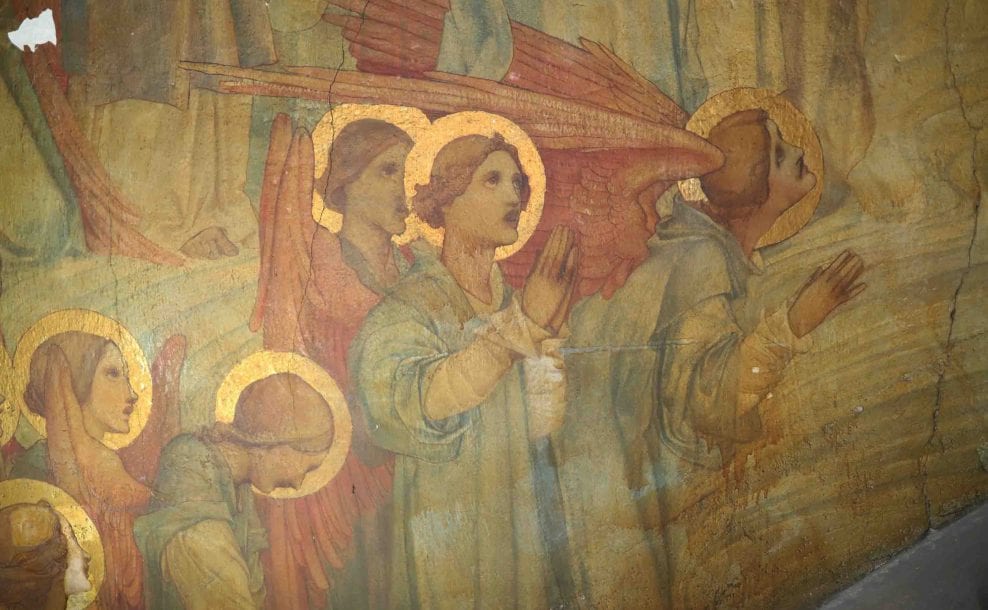 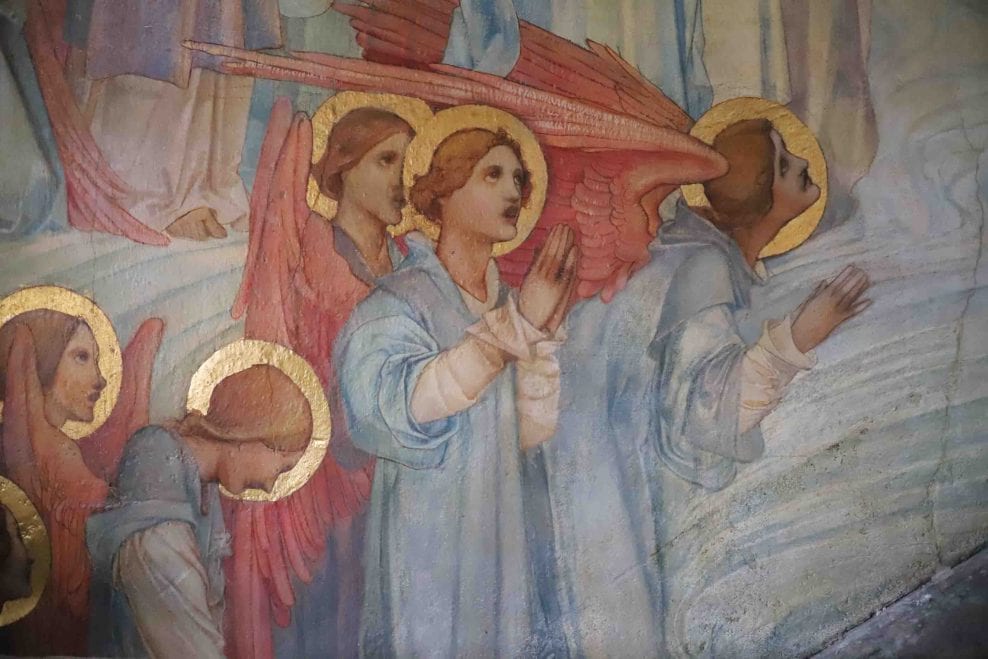 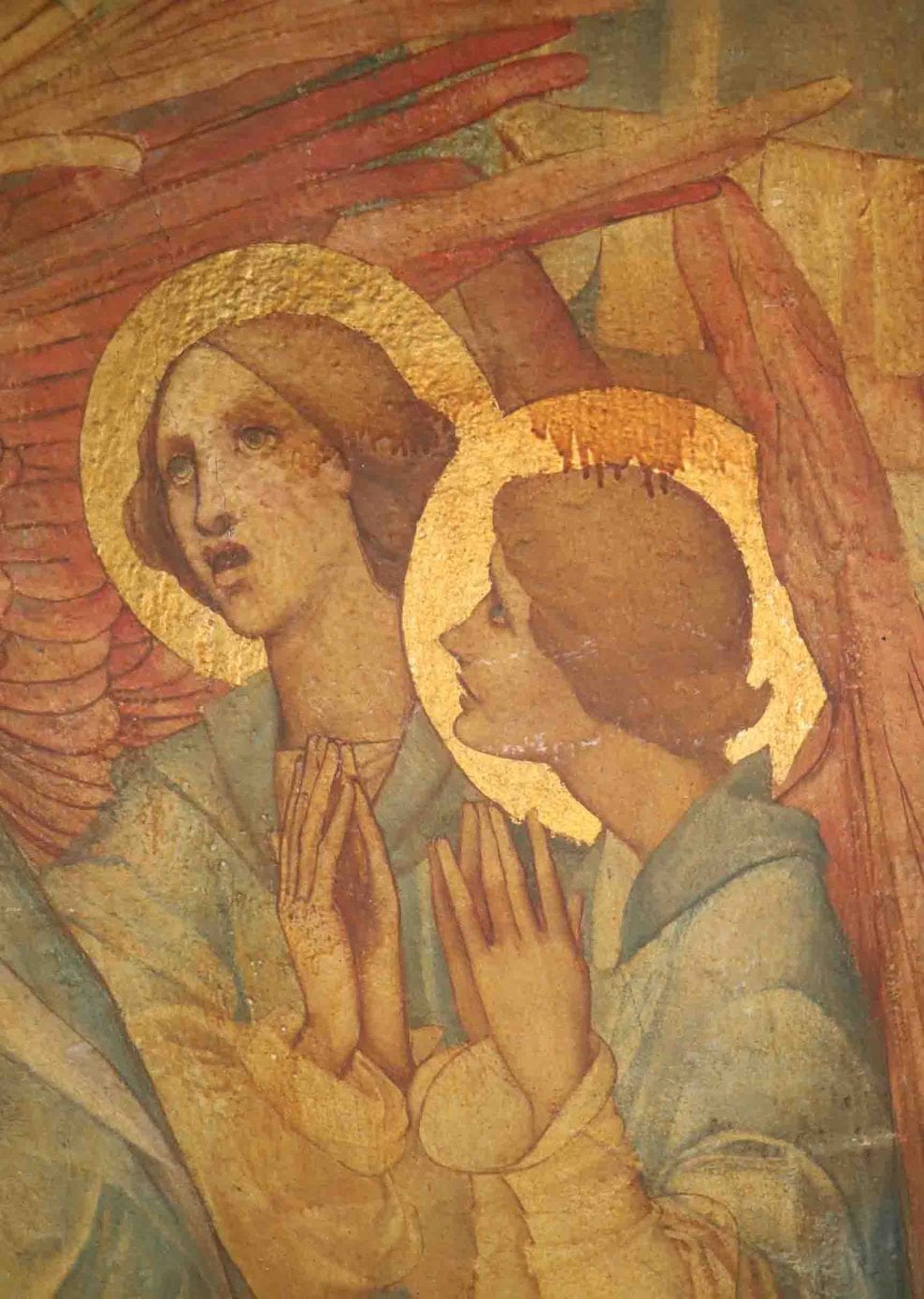 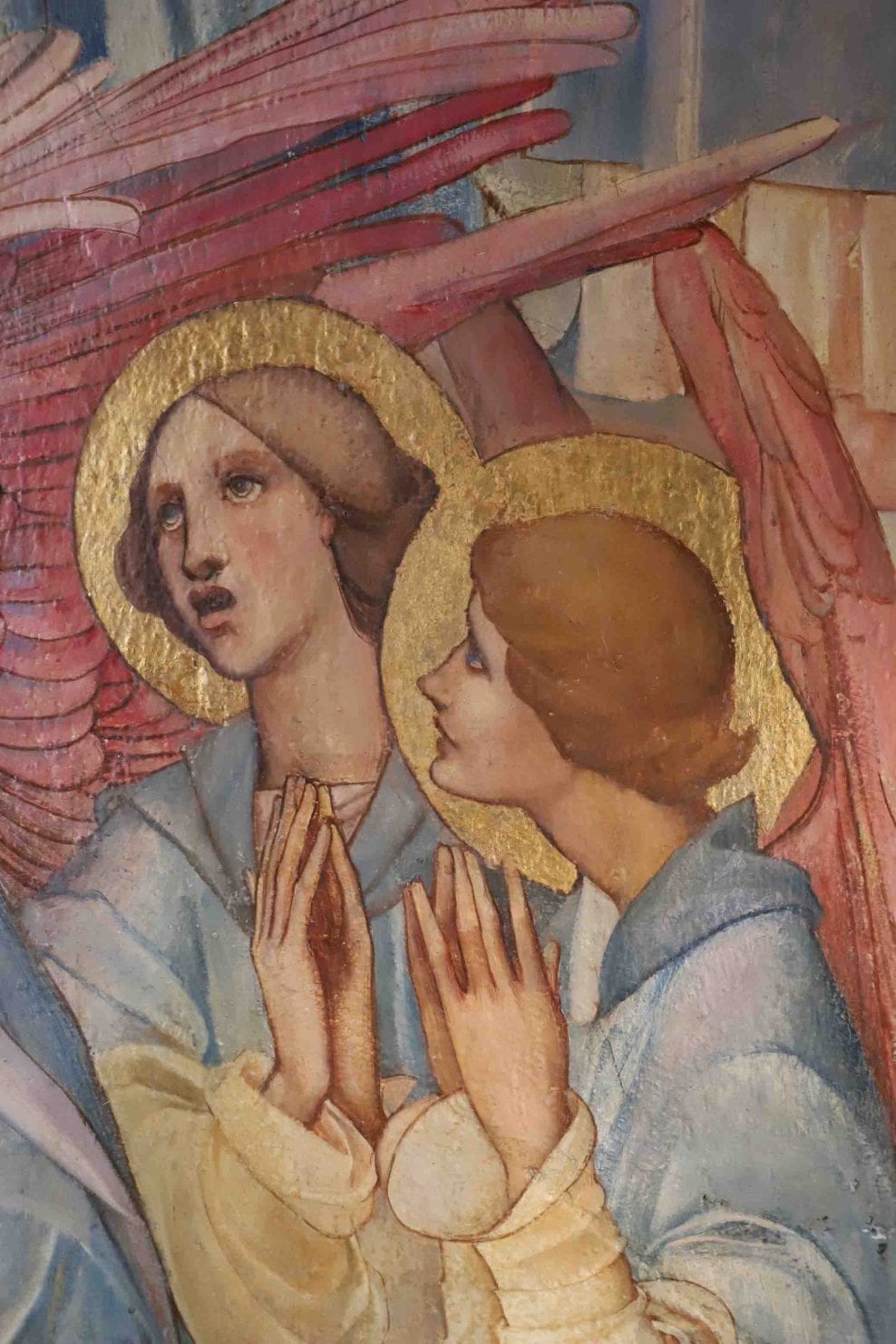 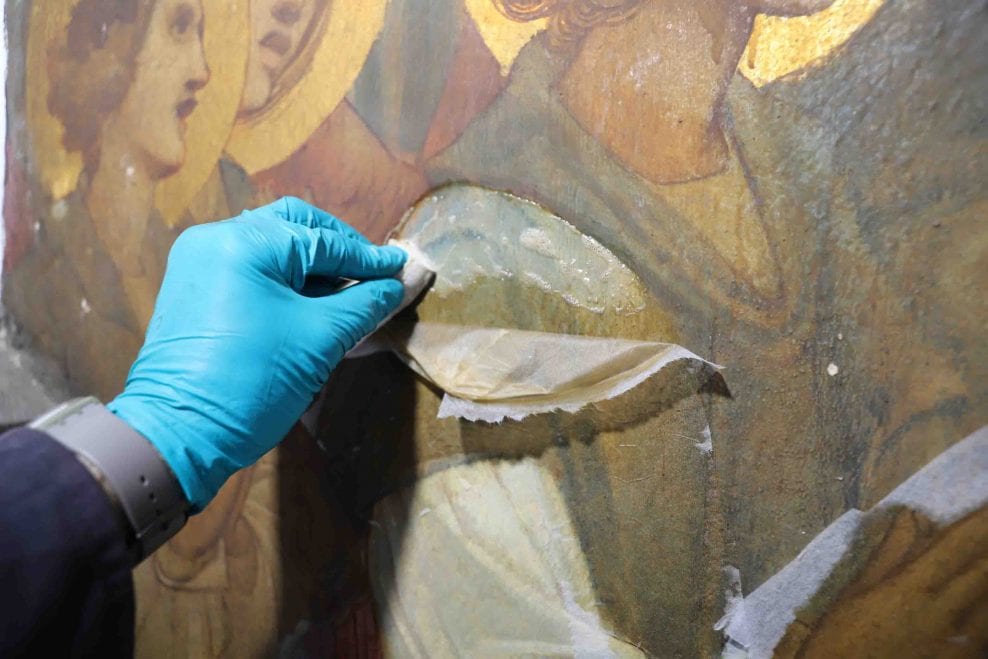 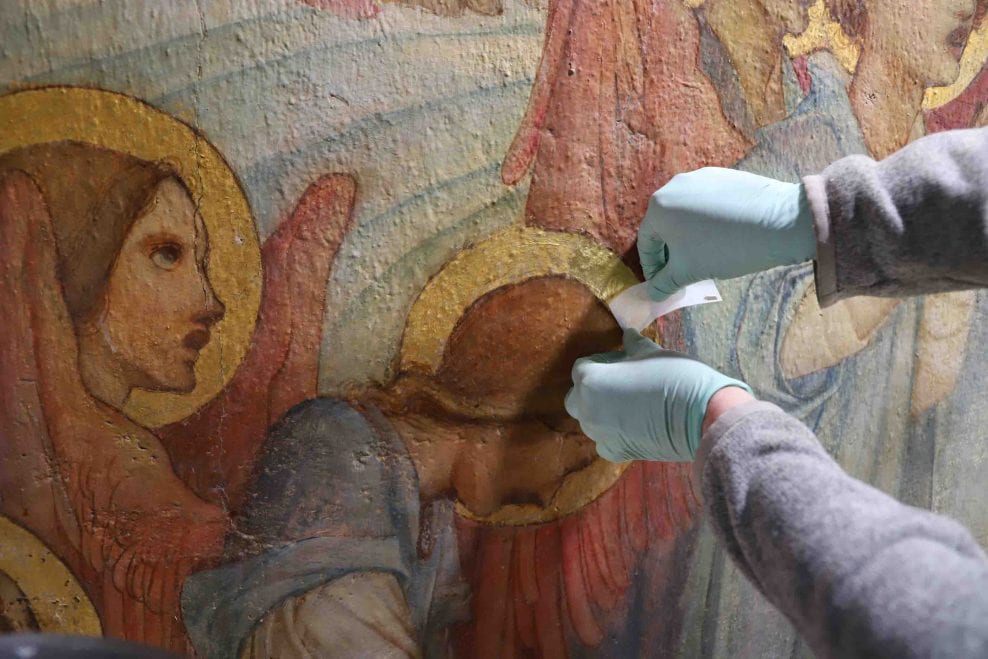 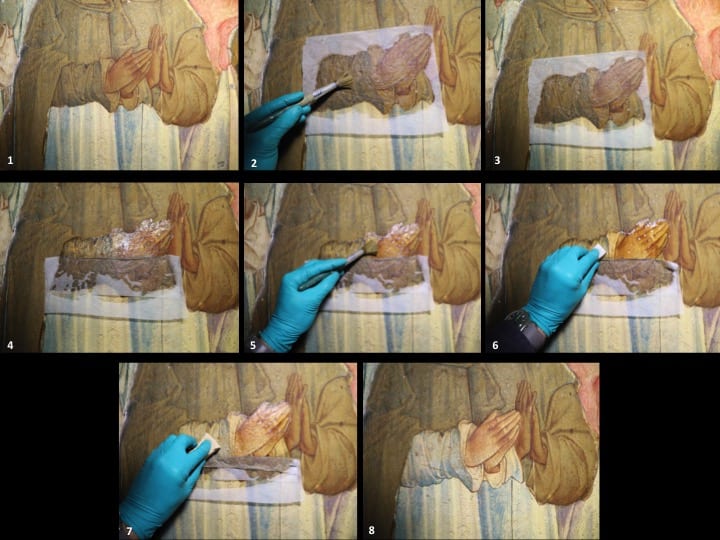 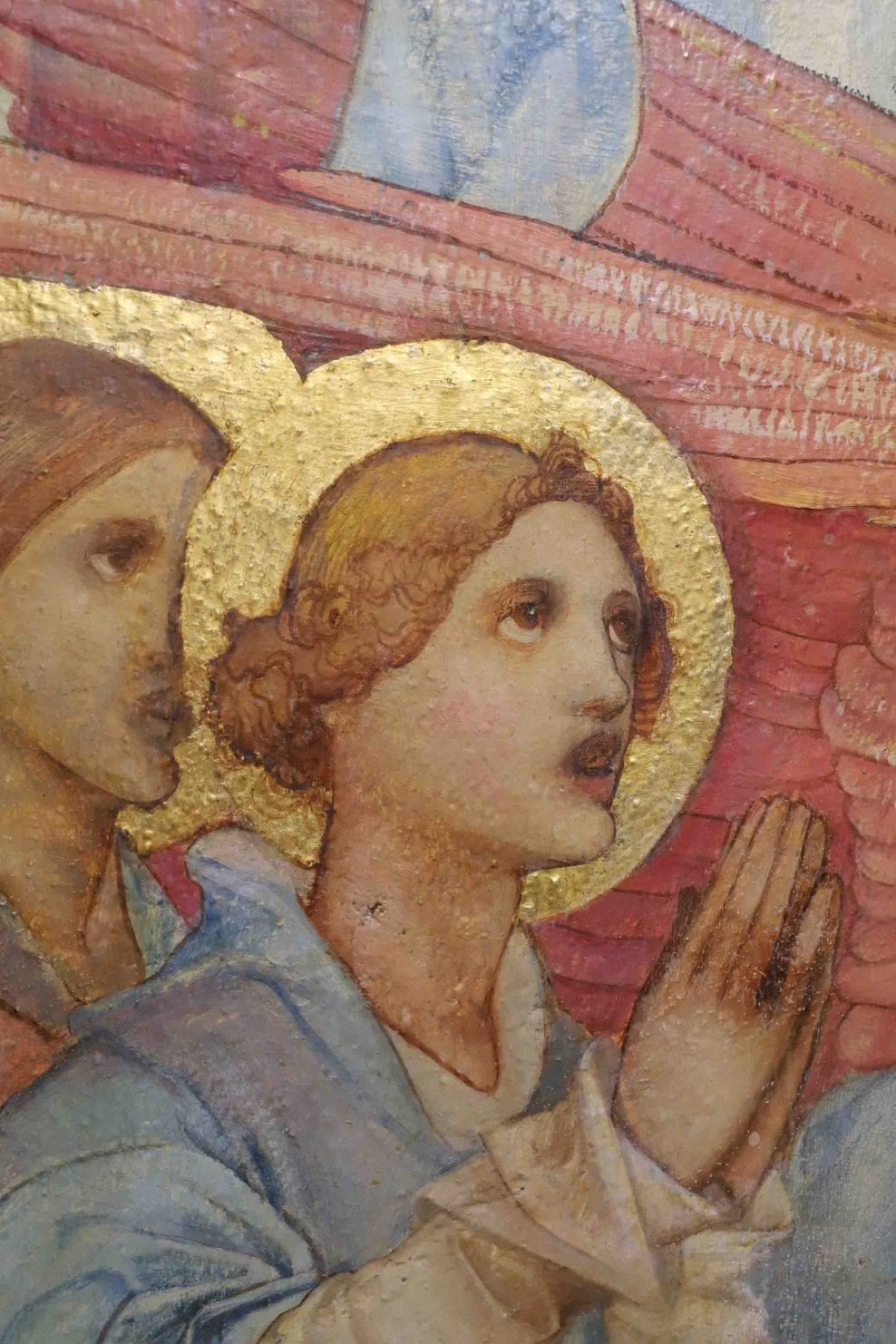