The triforium galleries at the east end of Westminster Abbey, built by Henry III in the mid-13th century, are decorated with a series of sculptured stone corbels, regarded as the finest of their type to survive in England. They are variously carved in human, anthropomorphic, grotesque or animal form. Although highly regarded, their condition and original technology had not been previously investigated. Past environmental exposure had greatly altered their original appearance, but traces of polychromy were still observable.

Specialist investigation and conservation of the corbels was an important component of the major renovation project to convert the triforium to the Queen’s Diamond Jubilee Galleries, which was completed in 2018. Rickerby and Shekede carried out the first ever technical and condition survey of the corbels, to establish the nature, extent and potential vulnerability of the surviving polychromy, so that a safe cleaning strategy could be devised. Using uv-induced imaging and portable microscopy, technical findings were revelatory. It was established that many of the corbels were originally fully painted, with traces of authentic colour and detailing surviving on more of them than had been realised. Given the sculpture’s long history of environmental exposure, it was also recognised that trace evidence of painting could be present as degradation products in surface stains and patinas, only visible under uv light.

These findings emphasised the need for an extremely cautious cleaning approach, which respected not only the visible survivals of paint, but also painting evidence present in altered forms that are not appreciable in normal light. In the treatment programme, uv-induced imaging and portable microscopy were again utilised, this time as surveillance techniques to assess cleaning outcomes. Following their cleaning, it is now possible to appreciate the quality and refinement of the remaining polychromy, even from the scant traces that remain. 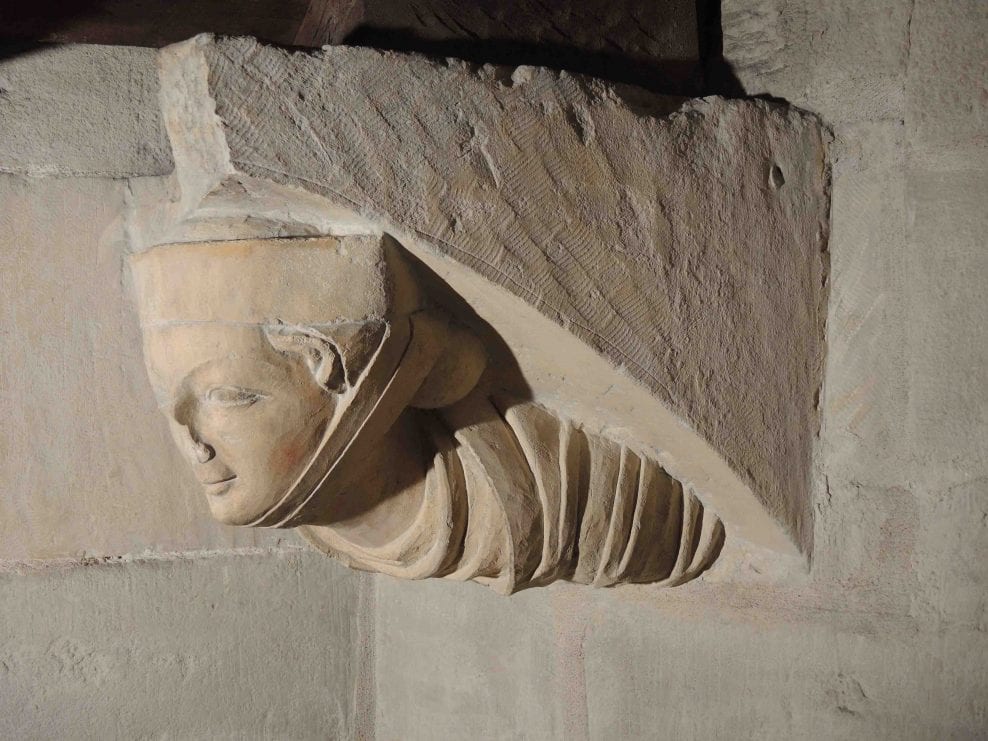 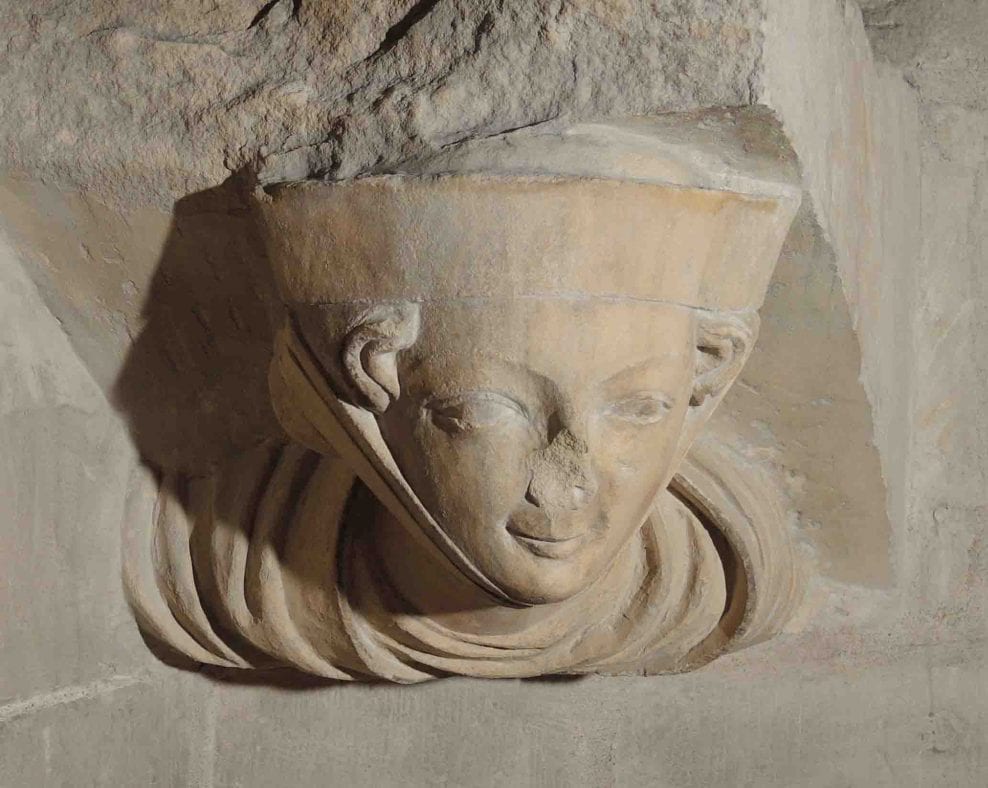 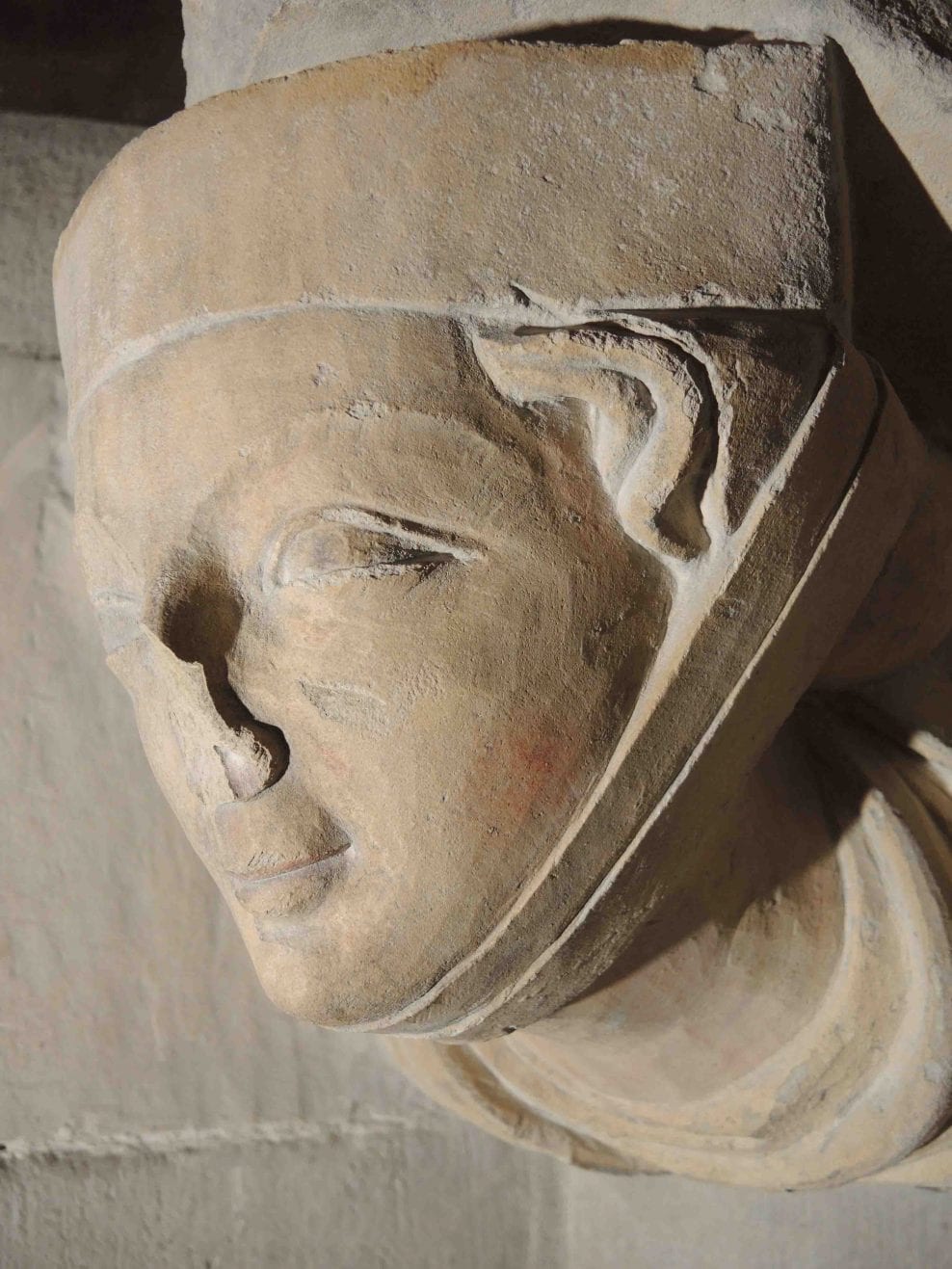 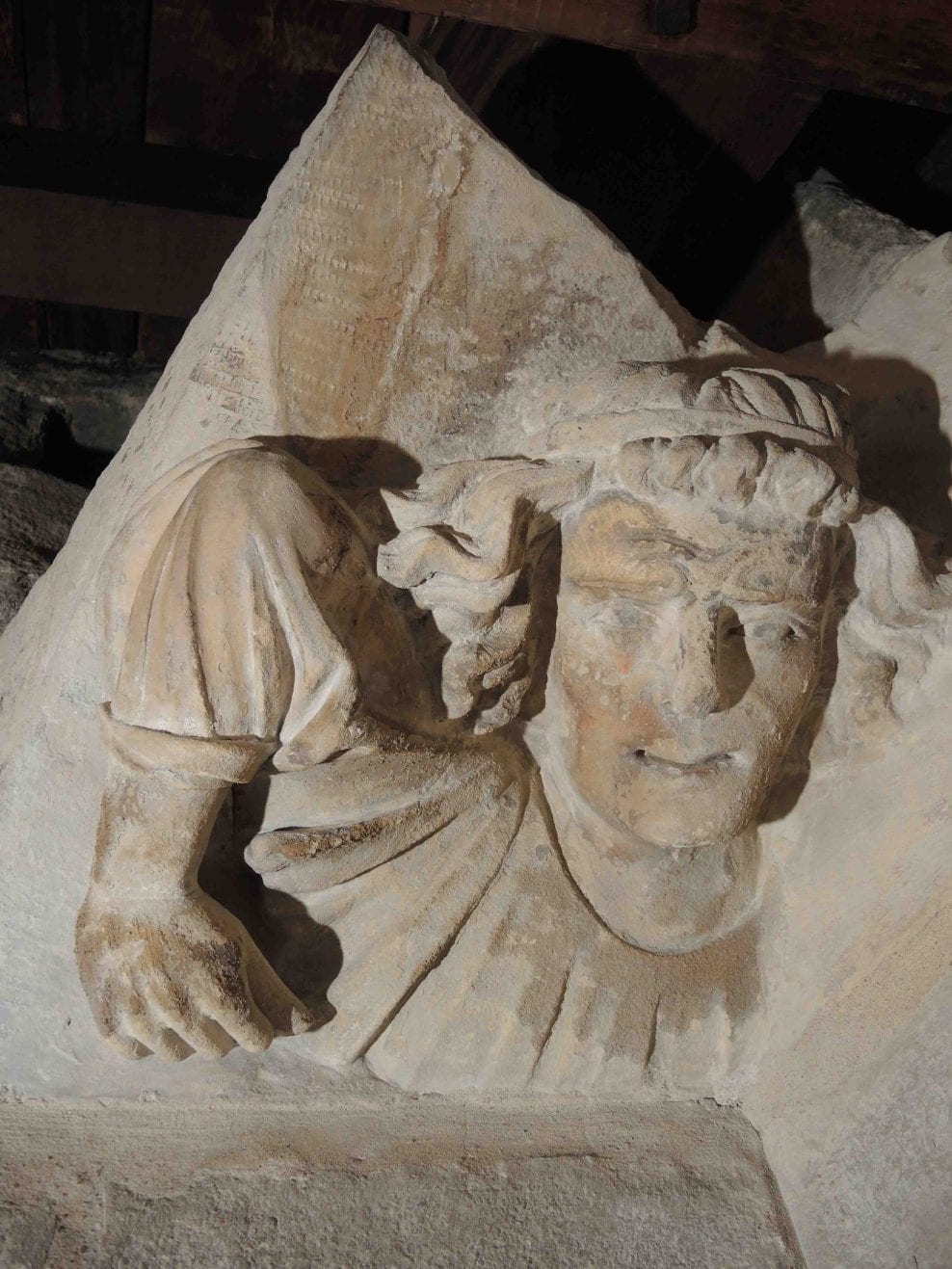 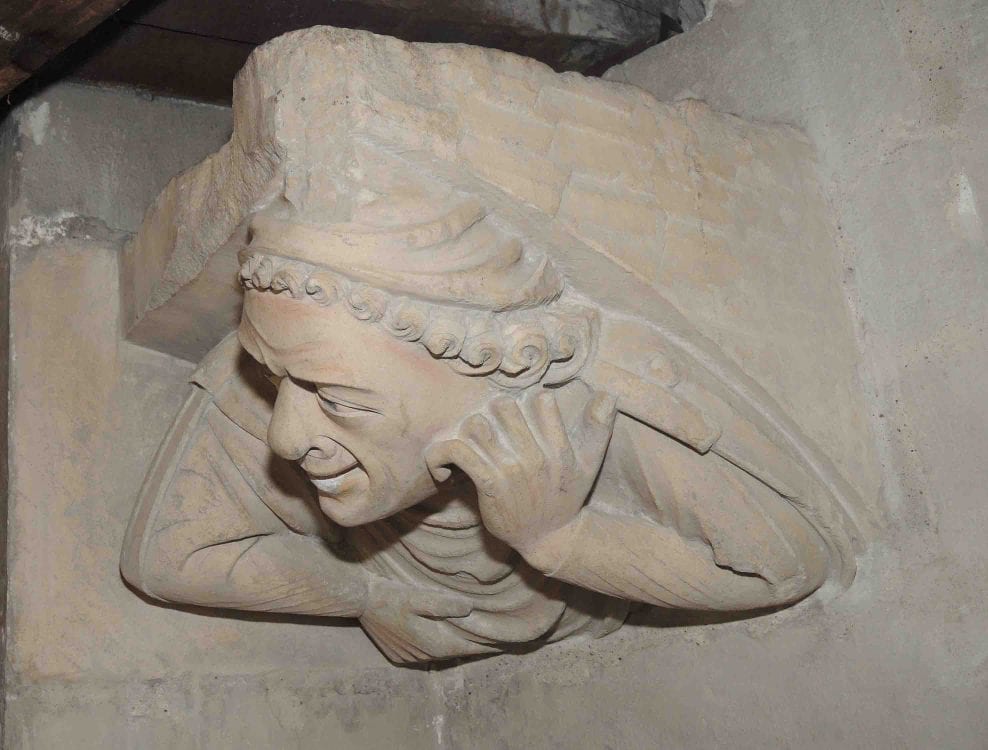 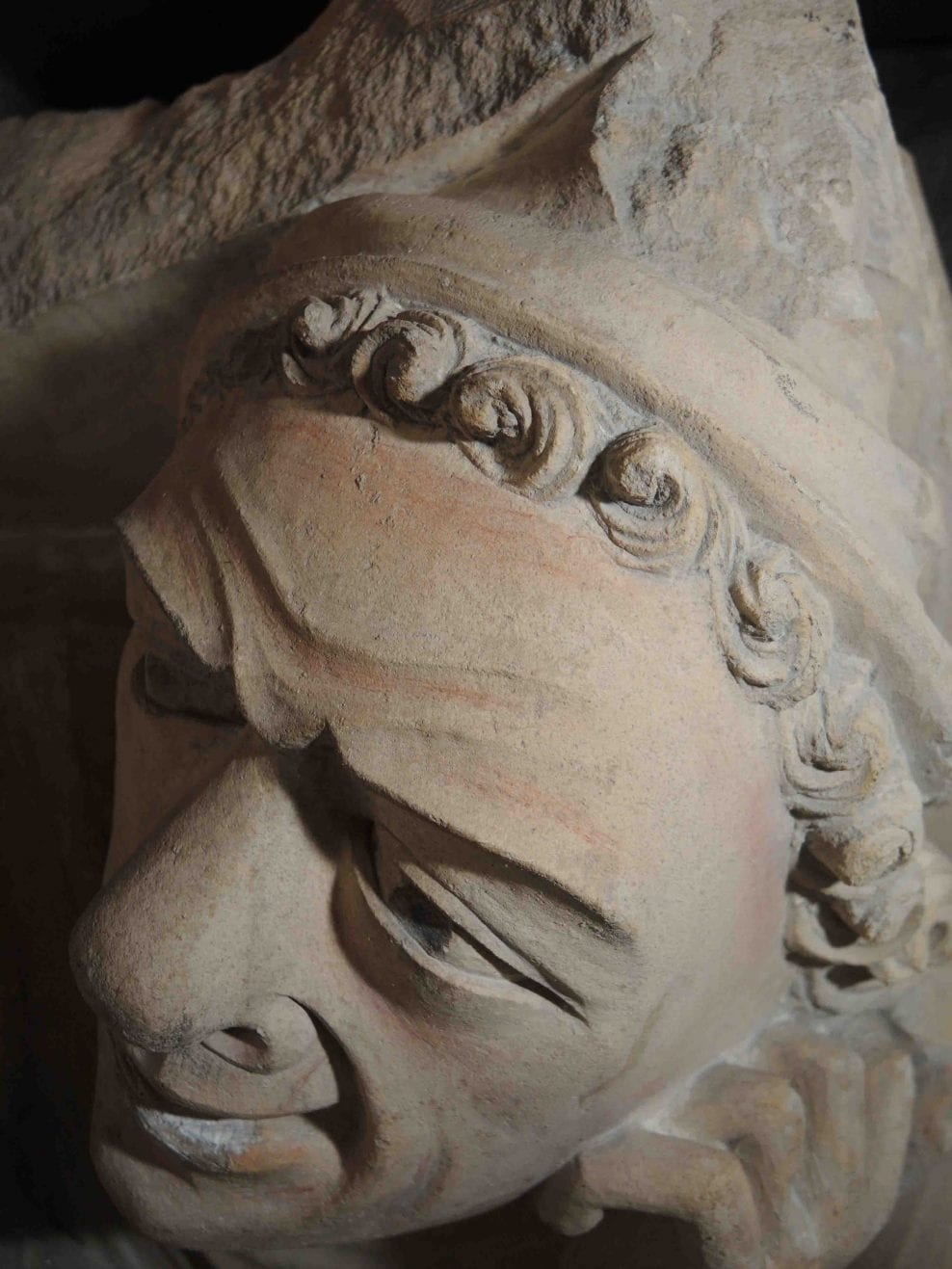 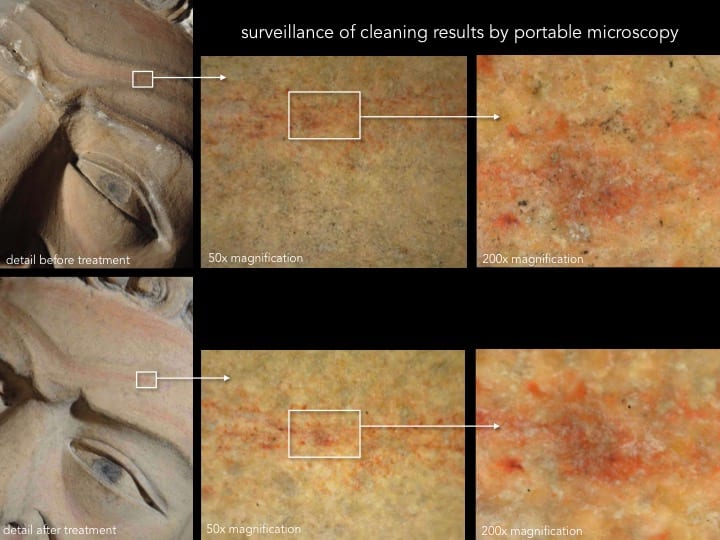 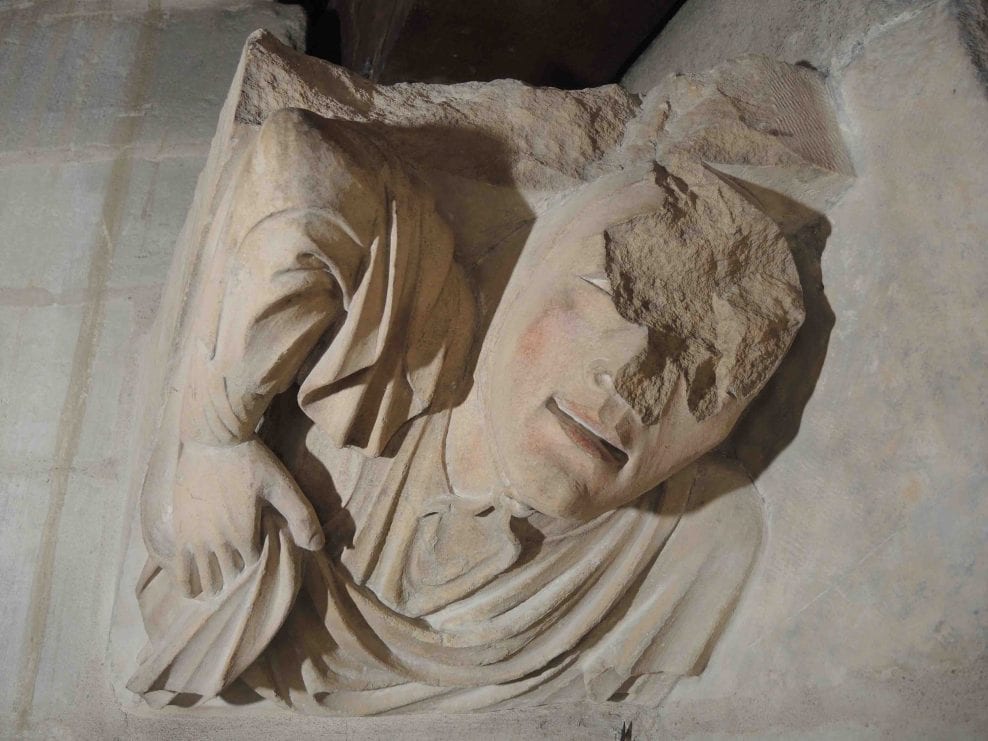 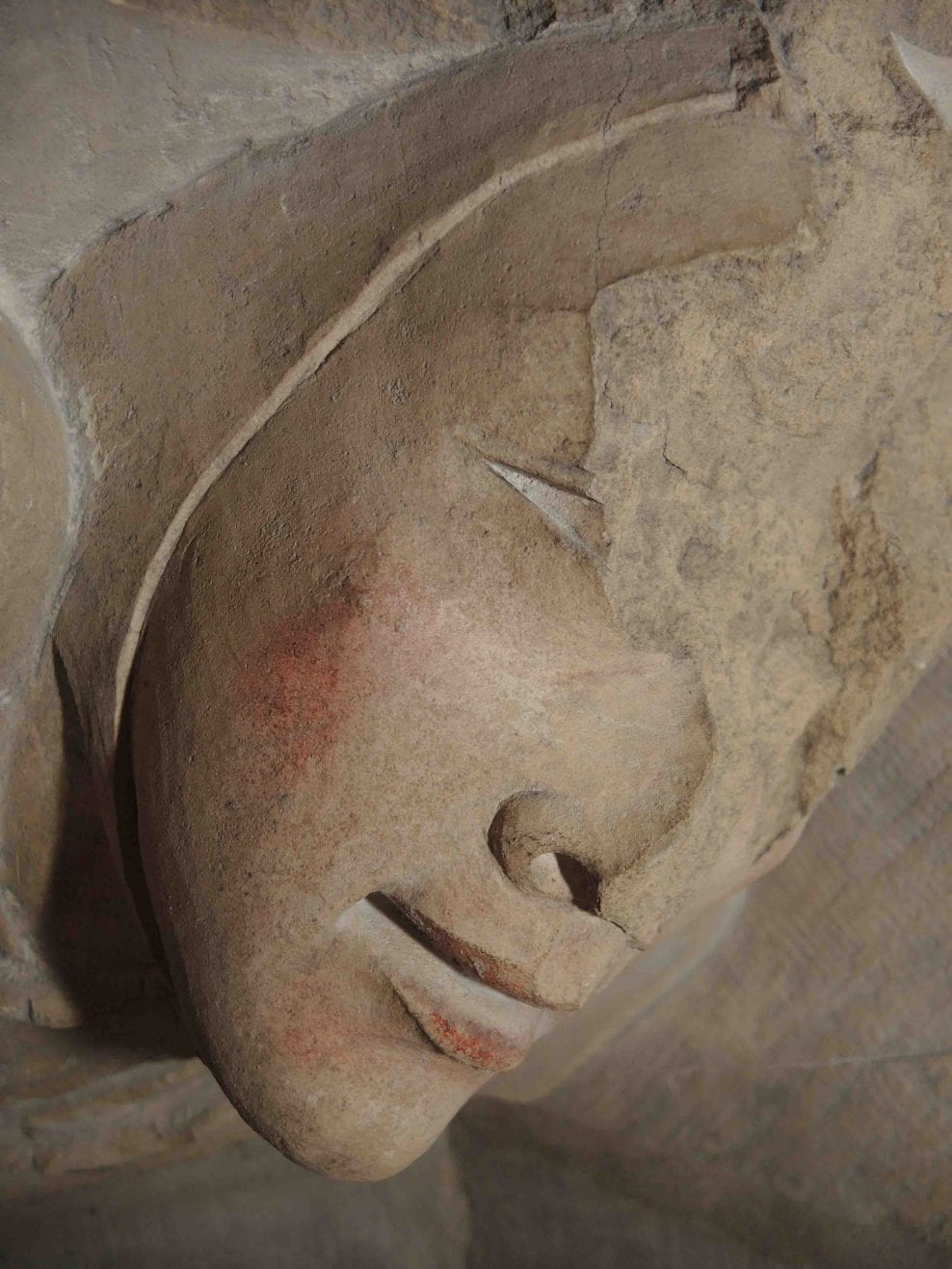 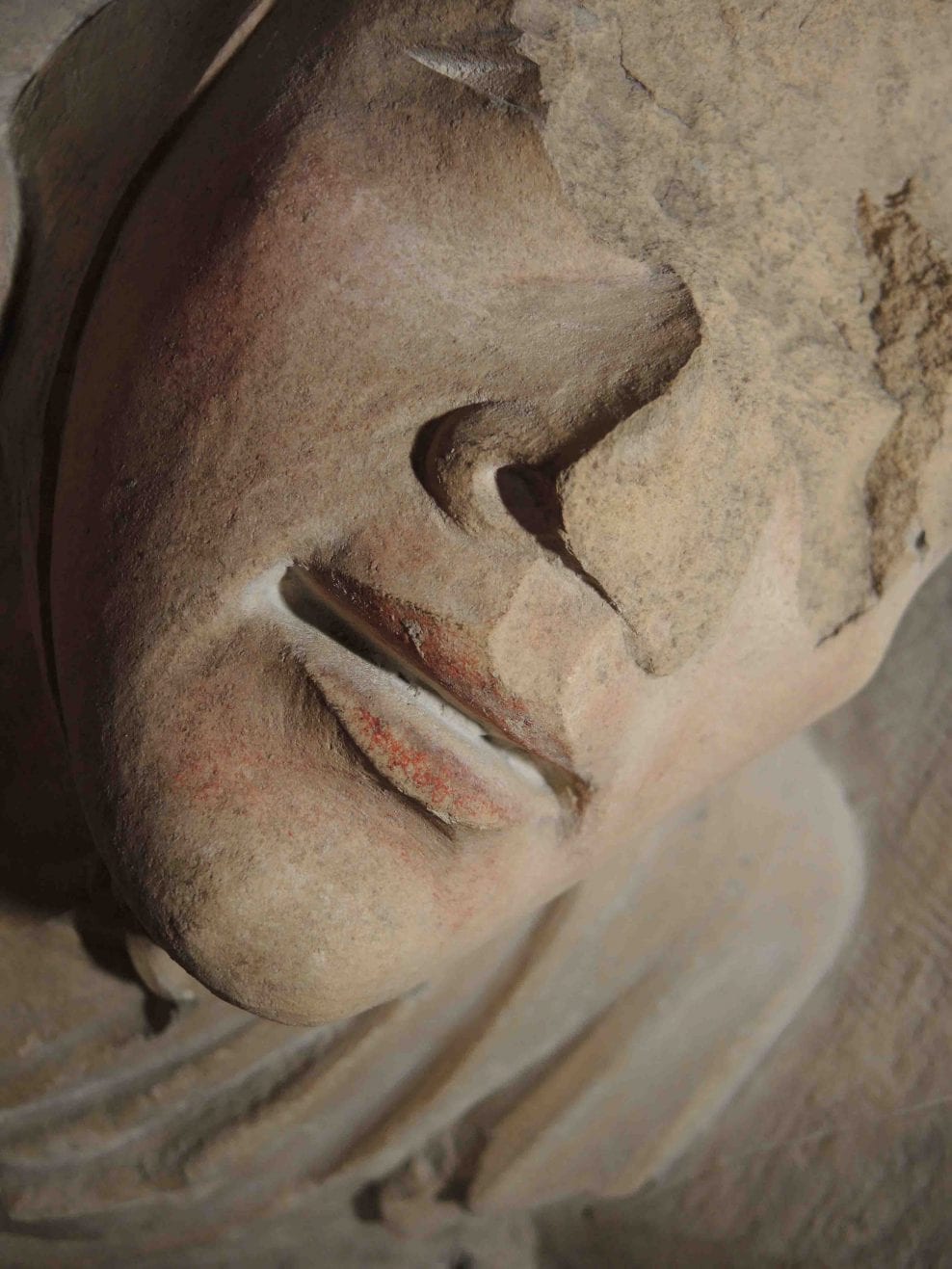