This project is a good example of the following:
– Project Management.
– Managing a team of conservators on site.
– Carrying out condition reporting and remedial treatments on a wall painting.
– Production of detailed and properly referenced reports.

In 2019 Historic Royal Palaces (HRP), contracted me to work on two separate wall paintings in the Banqueting House, Whitehall.  One was an investigation of historic paint layers on the painted frieze in the main hall and the other was recording the condition and carrying out remedial treatments of the wall paintings in the Wolseley Room.

I managed the project and employed three conservators to work on the main hall frieze while I worked in the Wolseley Room.  The work was done over 15 days on site.  After this, I wrote detailed treatment reports for both areas.

The goal in the main hall frieze was to determine if any of the original design of festoons, ribbons and masks from the 1630’s survived under the two later re-paintings.  The conservators used scalpels to remove later paint and expose the original paint layer in small areas in different sections of the design.  This was very painstaking work but it revealed some very beautiful sections of the original painting.  All the information gathered was compiled in a report to be used by HRP for planning.

In the Wolseley Room I spent 15 days on site inspecting and treating the wall paintings.  The paintings are masks and festoons painted around the four upper walls in 1929.  The goal was to document the condition and alterations to the painting and, as time permitted, to carry out remedial treatments to stabilise flaking paint.

The inspection recorded paint flaking and losses with photographs and graphics.  In 1964 the room had been redecorated and flowing ribbons and pendants of the original design had been painted over.  By uncovering – removing layers of paint over the original – and close examination in raking light I could recreate the outlines of the hidden design.

Using the time left over after the inspection I laid down and reattached areas of severe flaking paint.  The final report was a large part of the project and recorded all the findings and made recommendations for various treatment options. 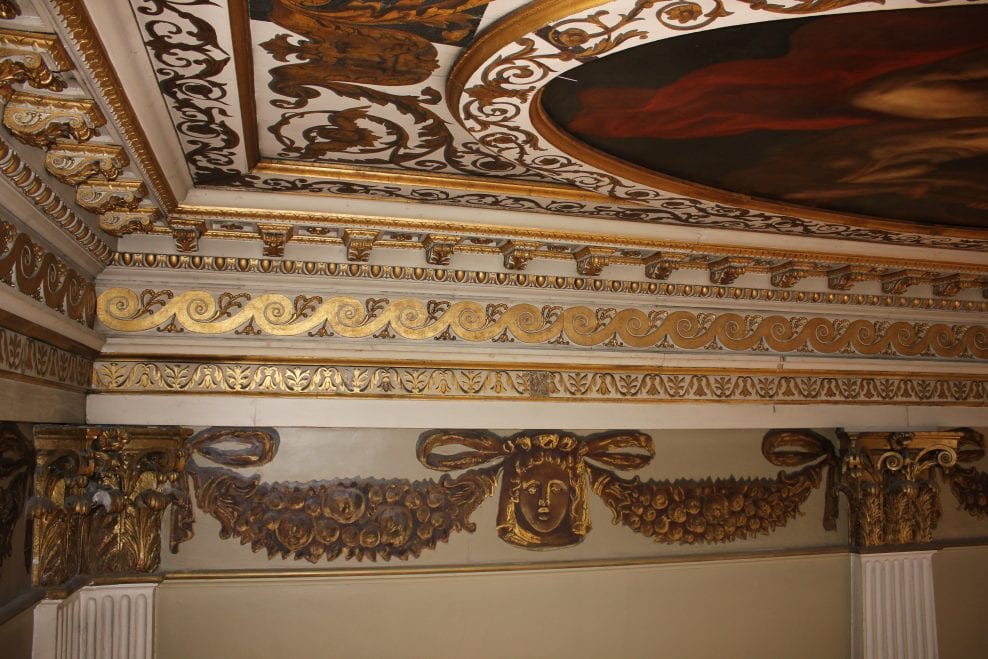 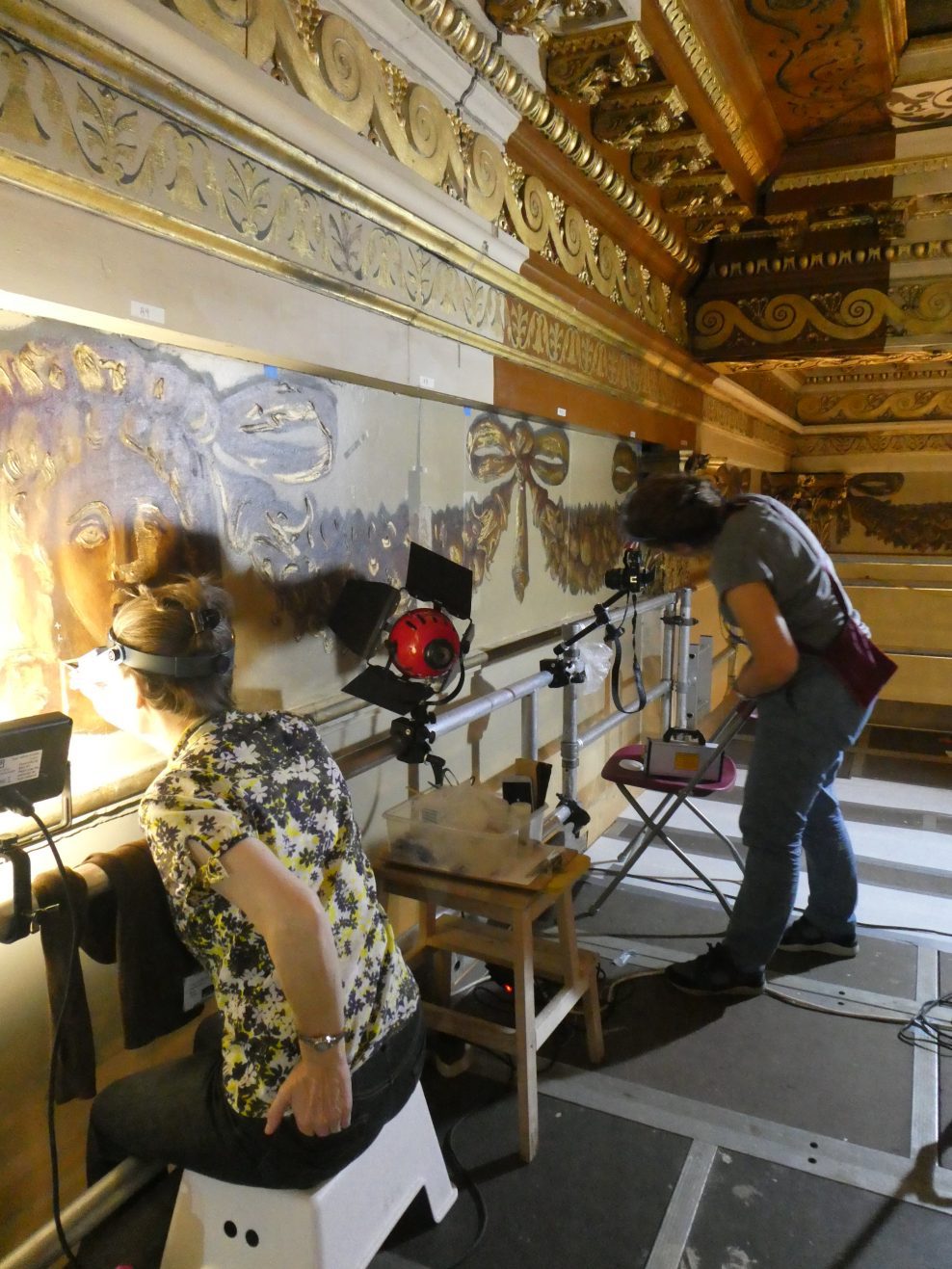 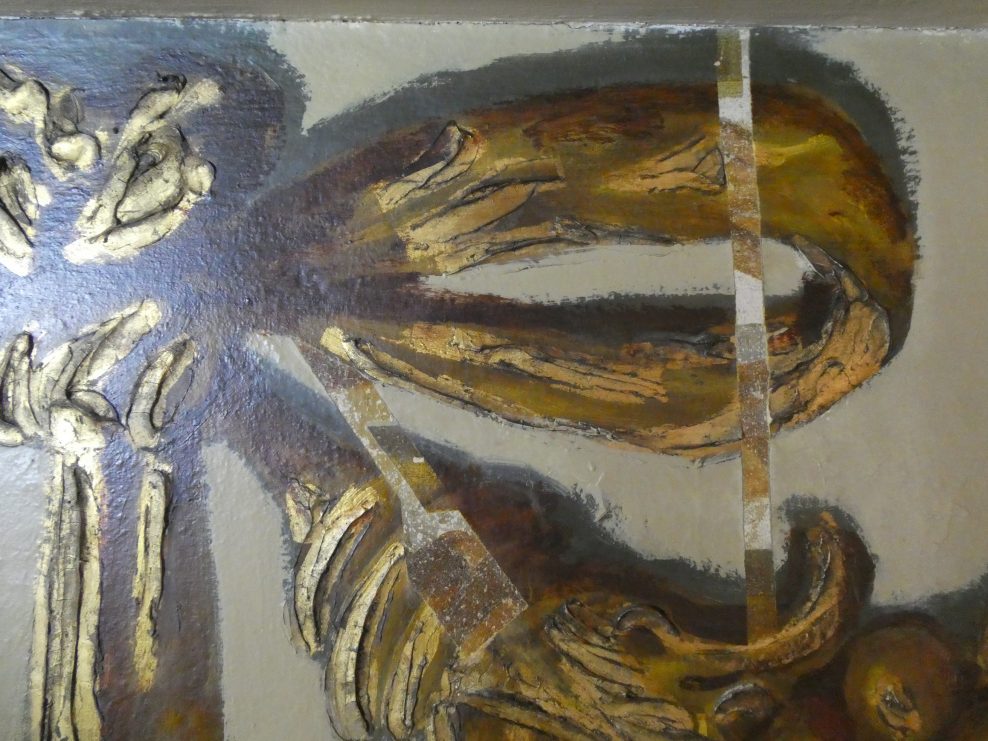 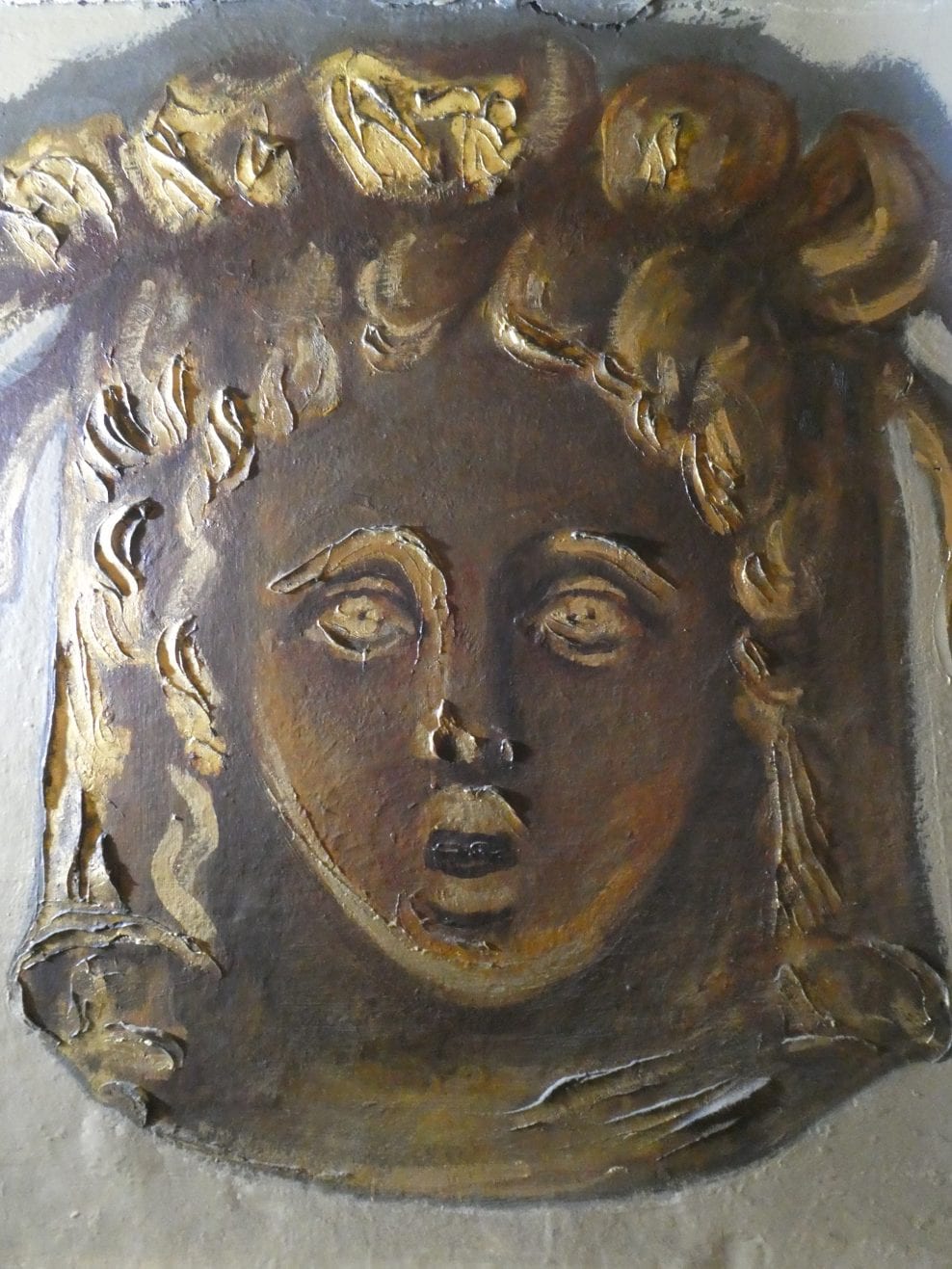 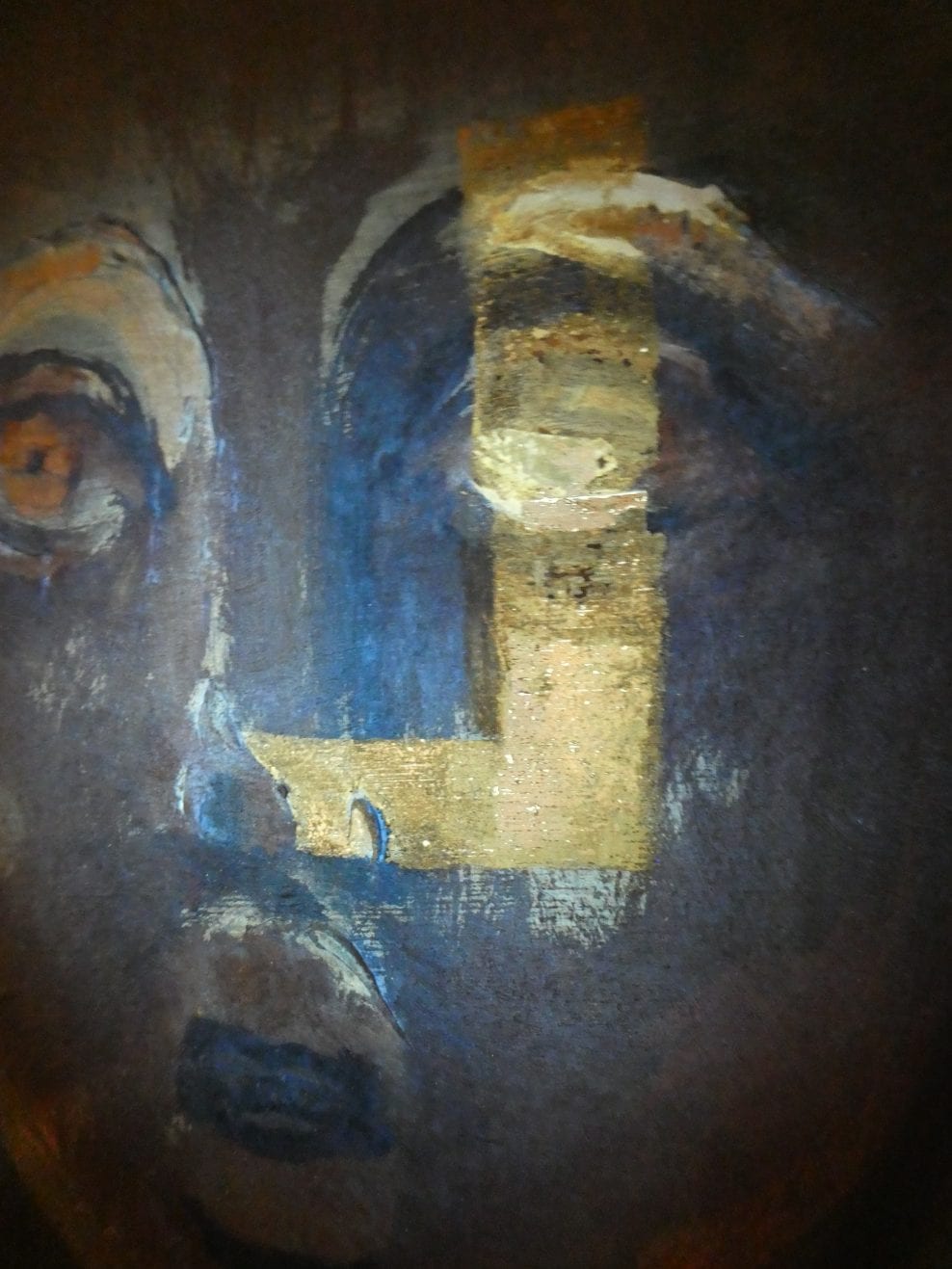 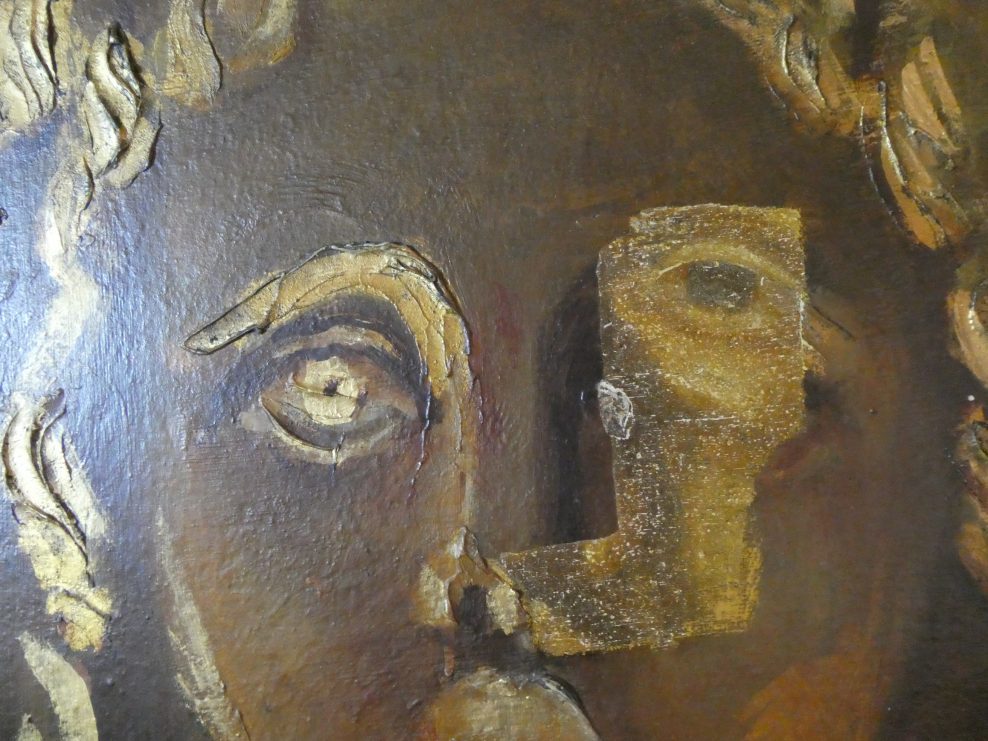 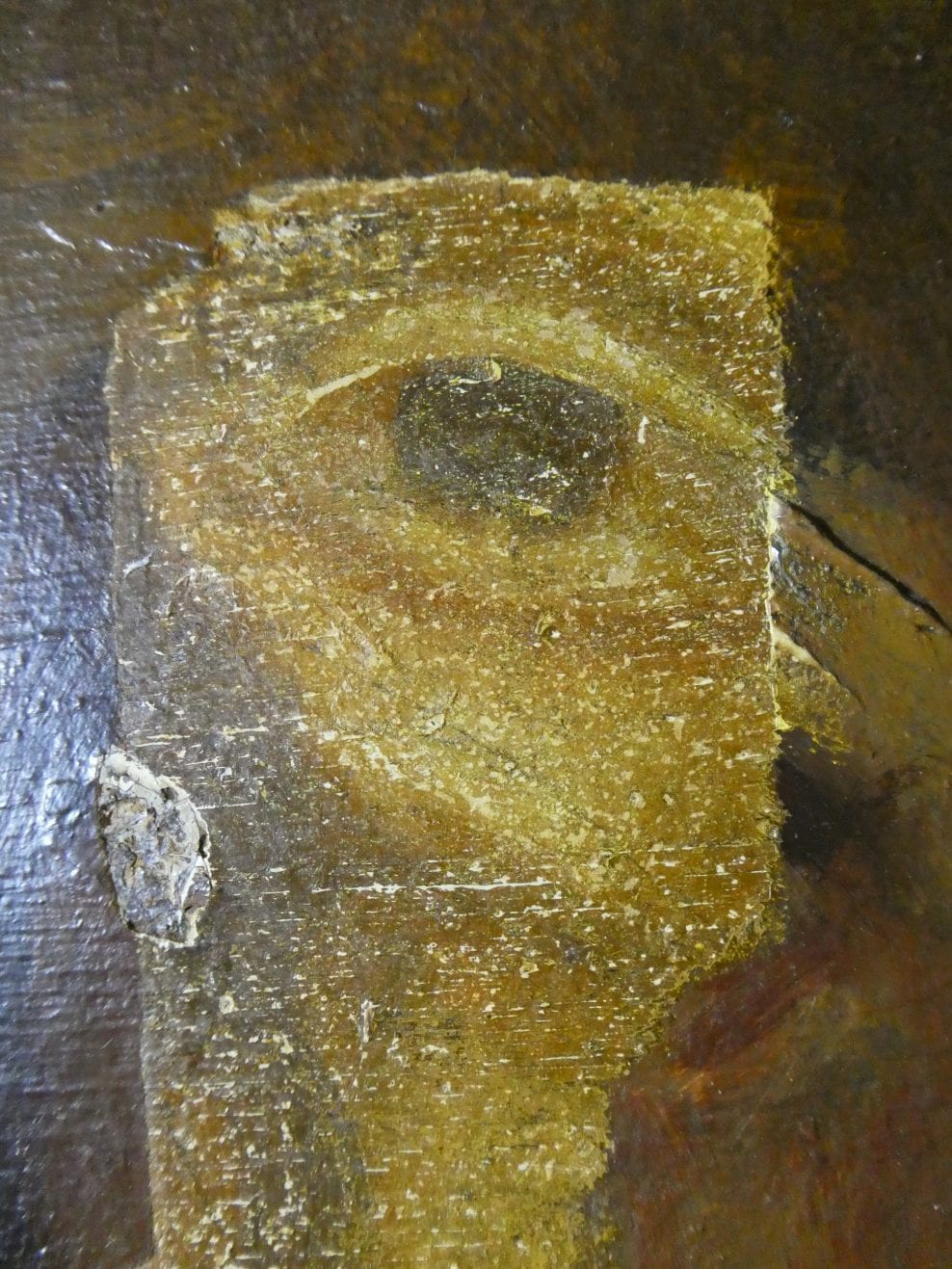 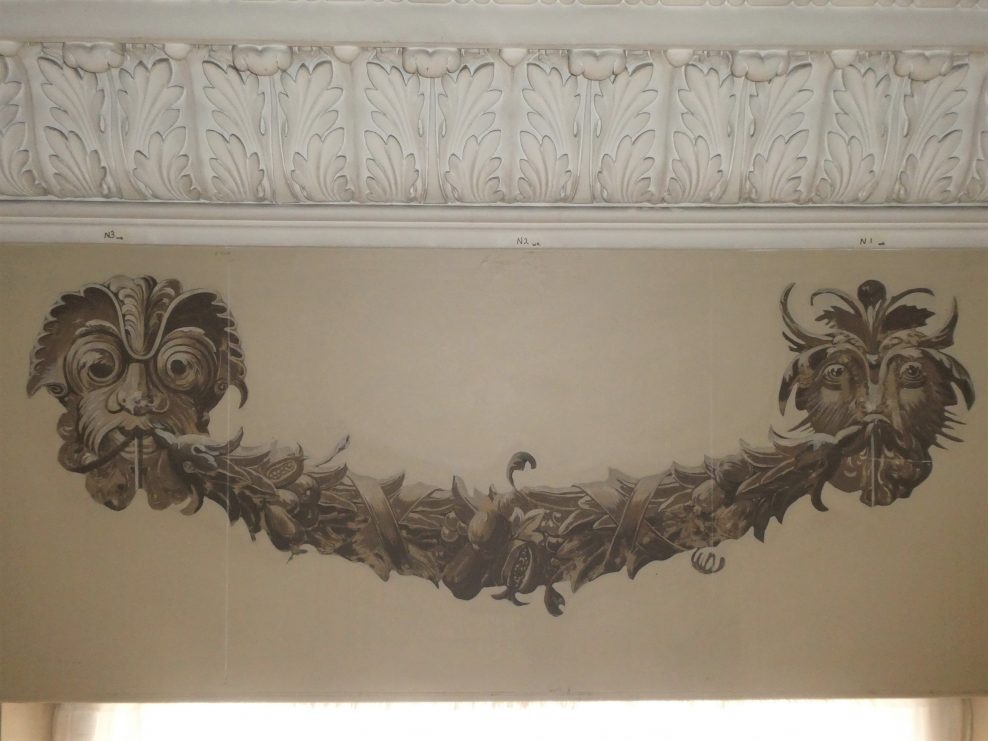