This client has had other paintings treated by me and brought me two framed family portraits owned by a relative. They are of a husband and wife painted in London in 1908.

I examined them in my studio and wrote a brief Treatment Proposal that outlined the condition, what treatment I would carry out and the cost.  The client agreed and I proceeded.

The two portraits had been restored before but the lady’s portrait was in worse condition.  Both were canvas on stretcher and had one or two missing keys and the canvas tension was slightly slack.  The painting of the husband was in better condition than that of the wife.  The canvases were insecurely held in the frames by nails.  Both had been cleaned and revarnished but the lady had some paint on the face removed and this had been rather crudely retouched.  The old and new paint on her face was flaking and had some losses.  Also, she had a small tear through the canvas in the face.  The man was in relatively good condition with a few small paint losses but appeared dull because of surface dust and grime over a discoloured varnish.  Both were in similar frames, originally gilded but both restored and painted with “gold” paint.  Some of the plaster decoration was missing.

The treatment of the paintings was first cleaning to remove the top layer of grime and then the removal of the old varnish.  The woman required careful removal of the overpaint – old retouching – to reveal the slightly damaged original colours of the face.  New keys were installed in the stretcher and the canvases tensioned.  The lifting paint was reattached with an adhesive fed into the gaps beneath the flakes.  Paint losses were filled and retouched.  On the lady the losses of original paint glazes in the face were reconstructed.  This was greatly helped by comparison with the glazing technique used on the face of the man’s portrait.  A new varnish was applied.

The frames were cleaned and loose plaster was reattached.  The time required to remove the gold paint and restore the gilding was considered excessive and unnecessary by the client.  Plaster losses were filled with plaster and any gold paint losses retouched with a matching gold paint.  The paintings were re-framed with felt cushioning along the rabbets, a foam core backing, mending plates and new picture wire.  I gave the client a brief Treatment Report with some photographs; this will inform any future treatments they may require.

The owner said there was a renewed interest within the family in these ancestor portraits and they were definitely going up on the wall. 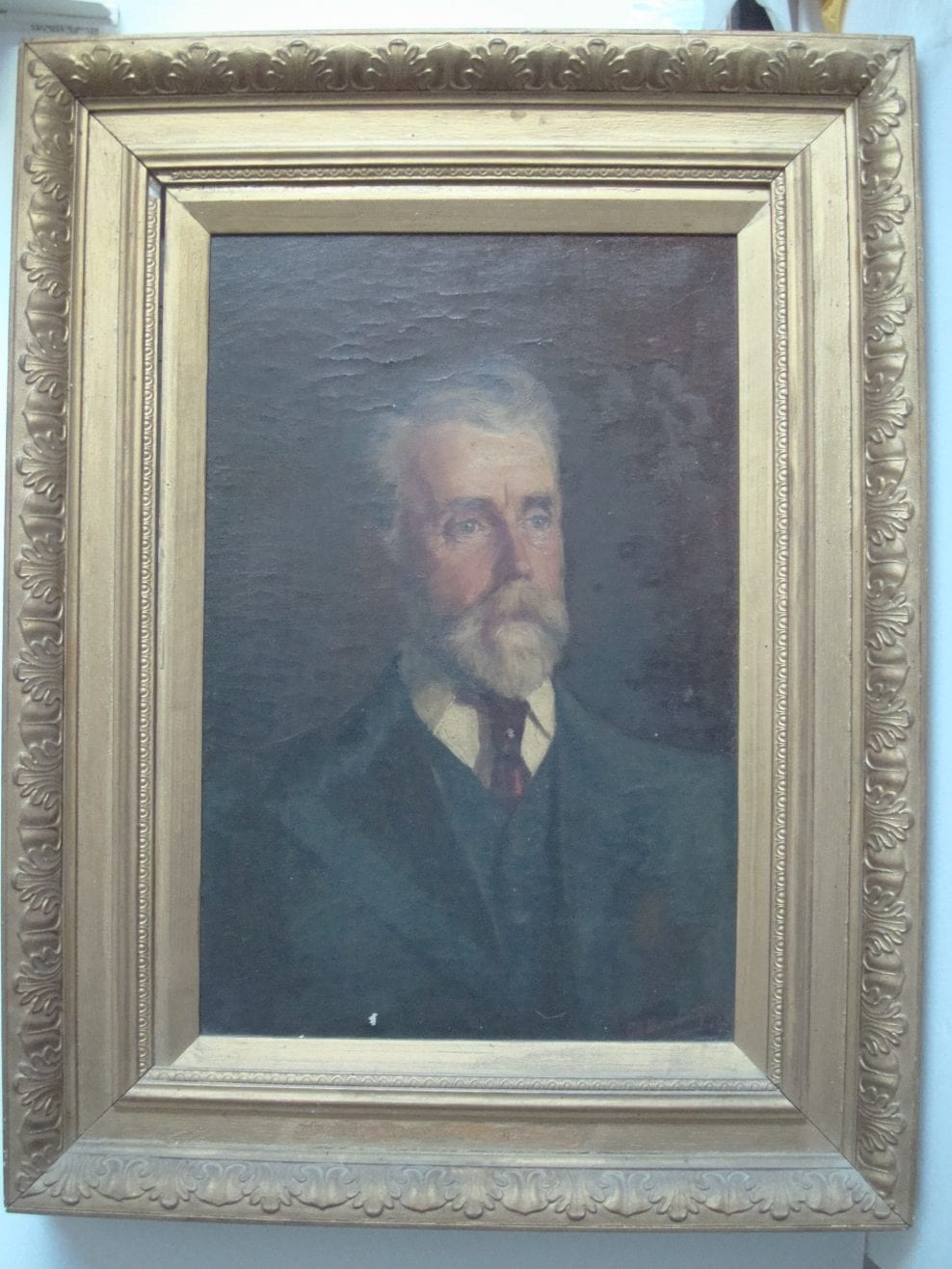 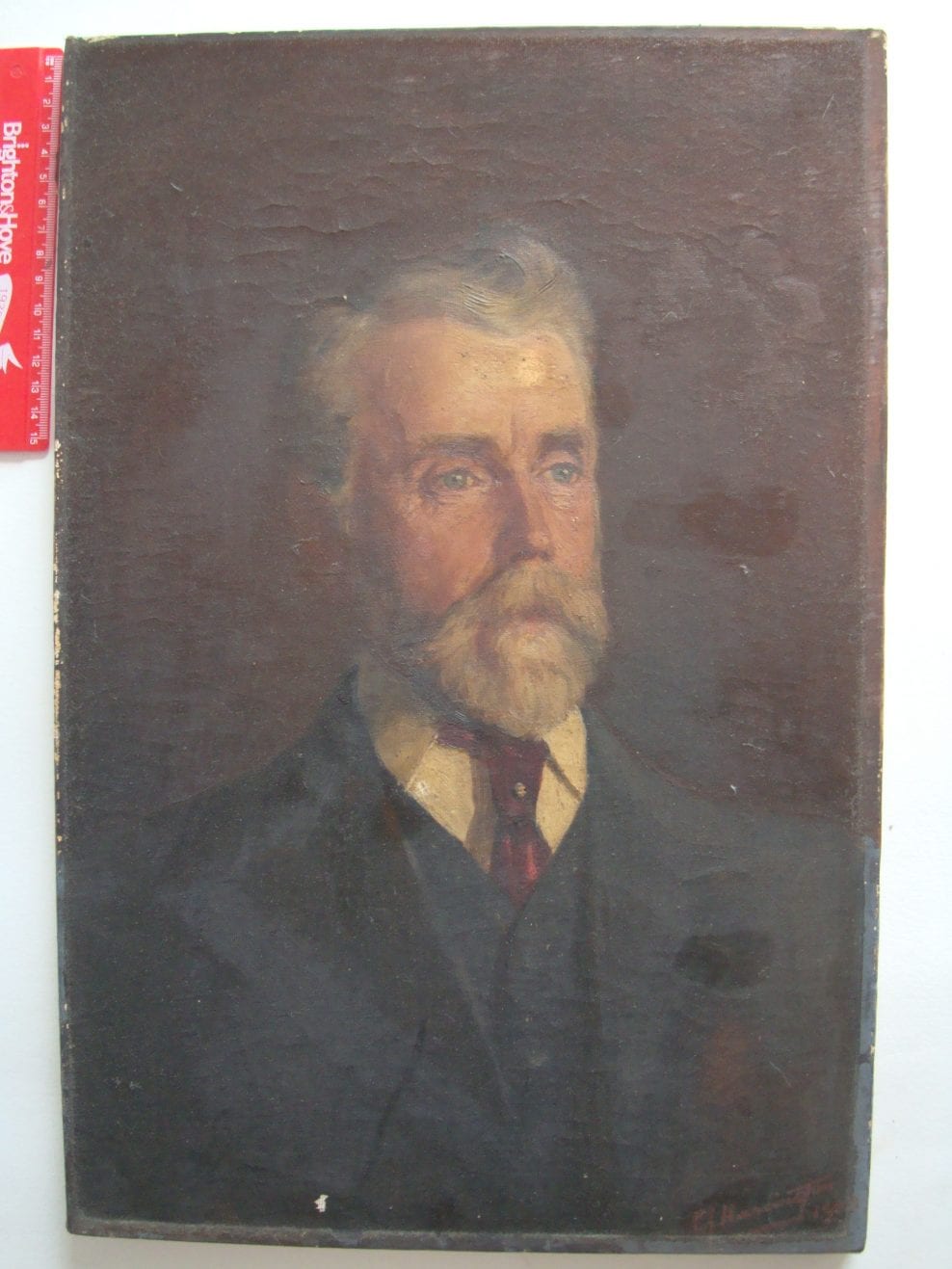 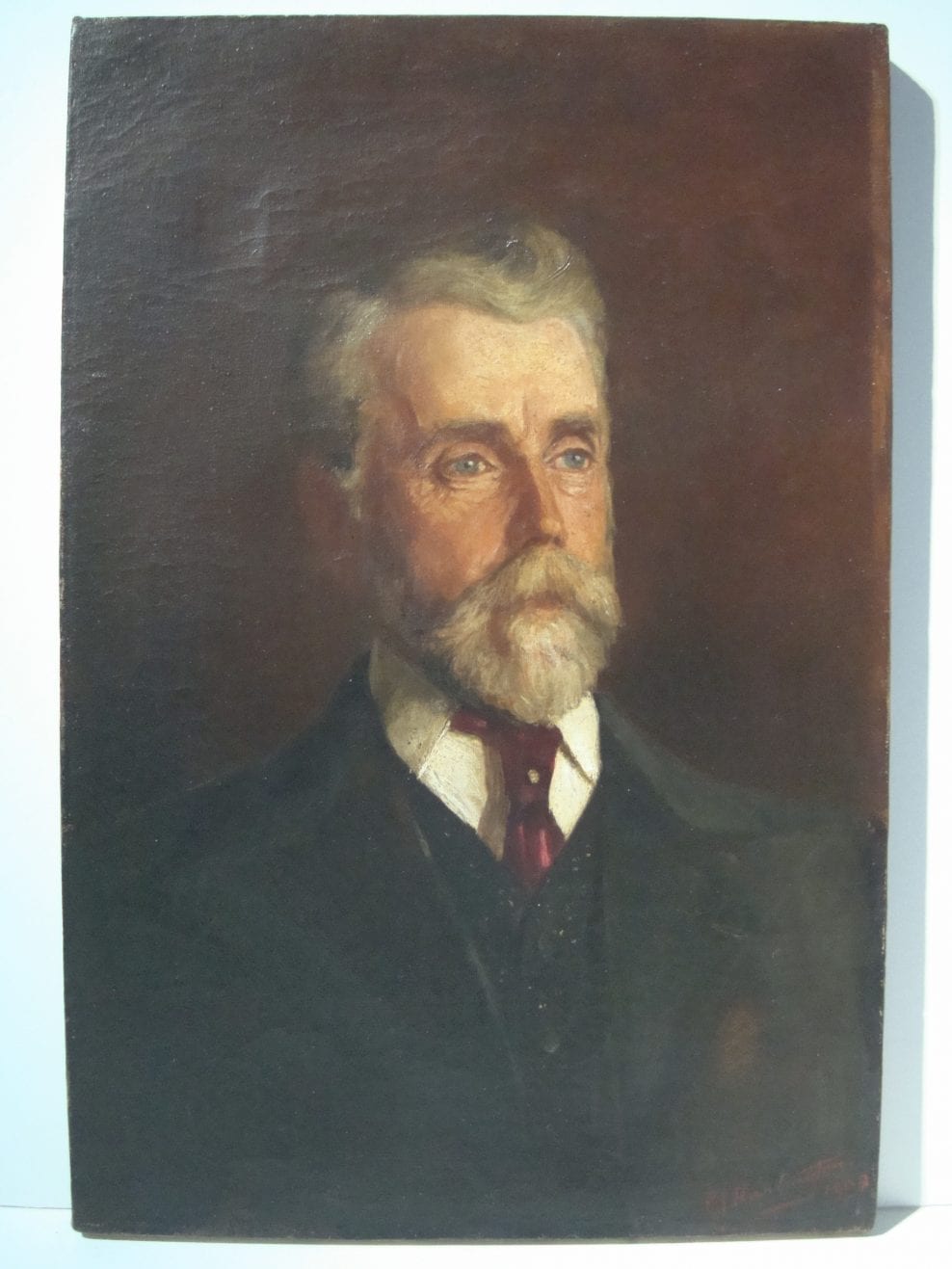 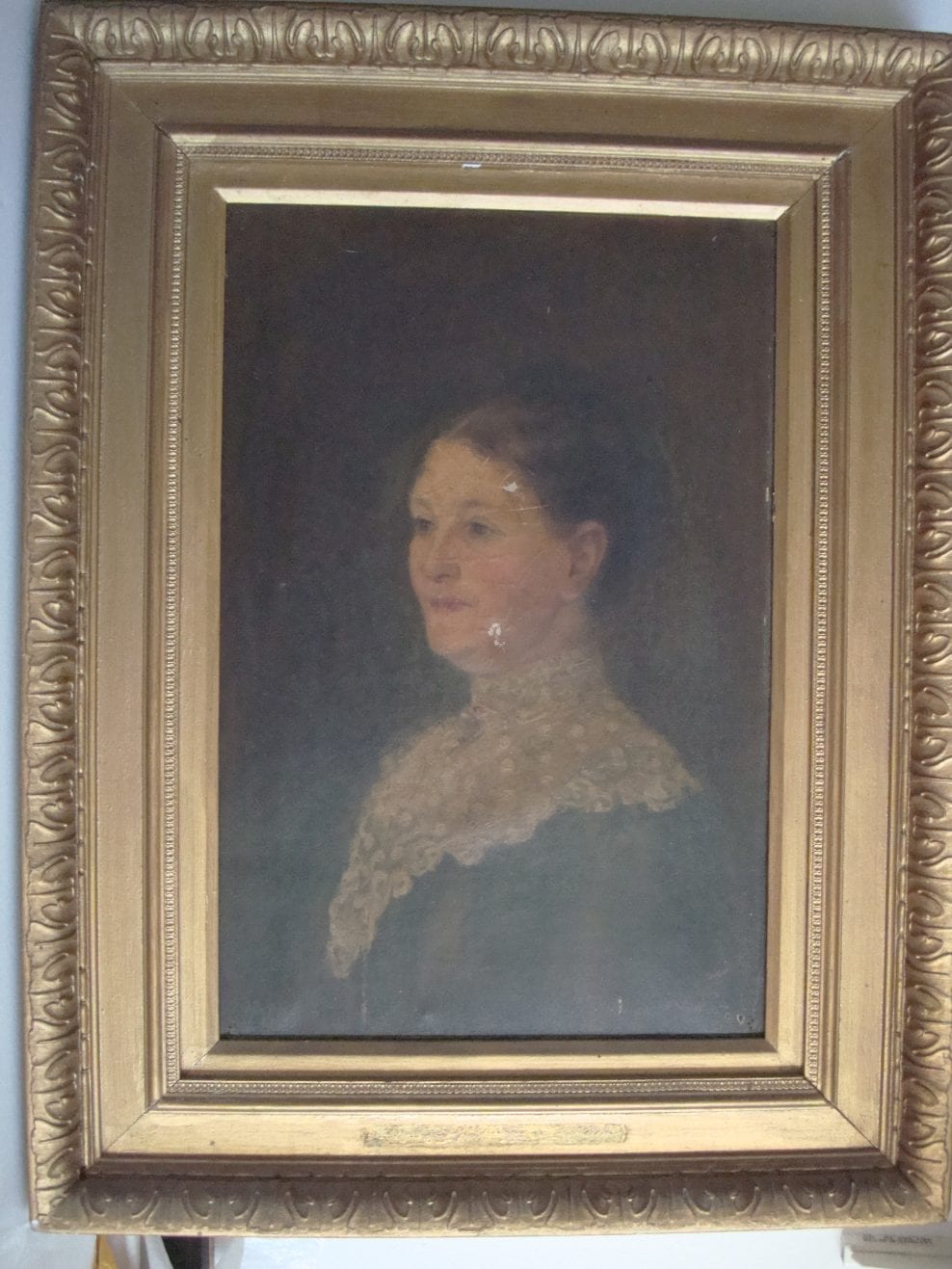 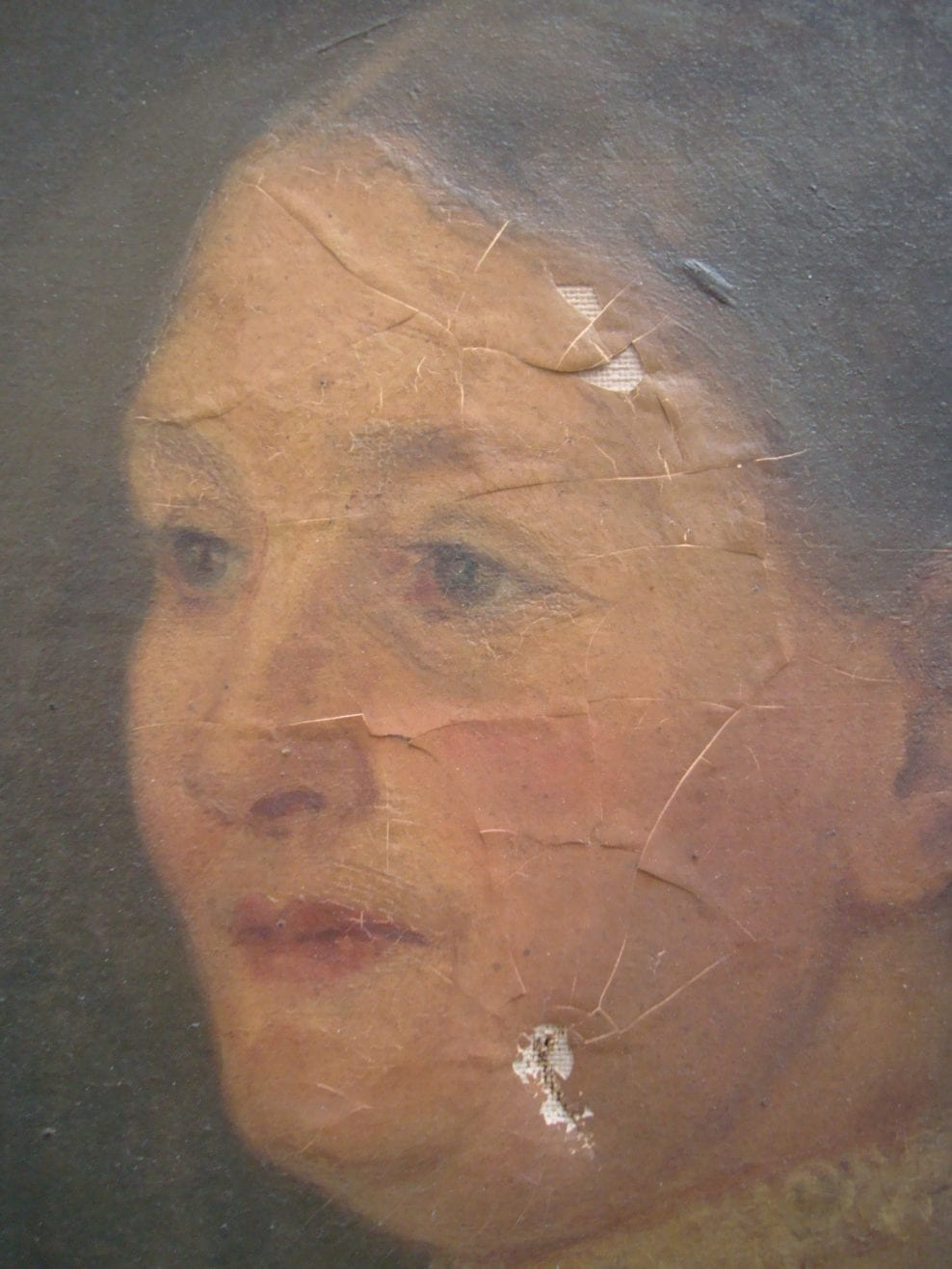 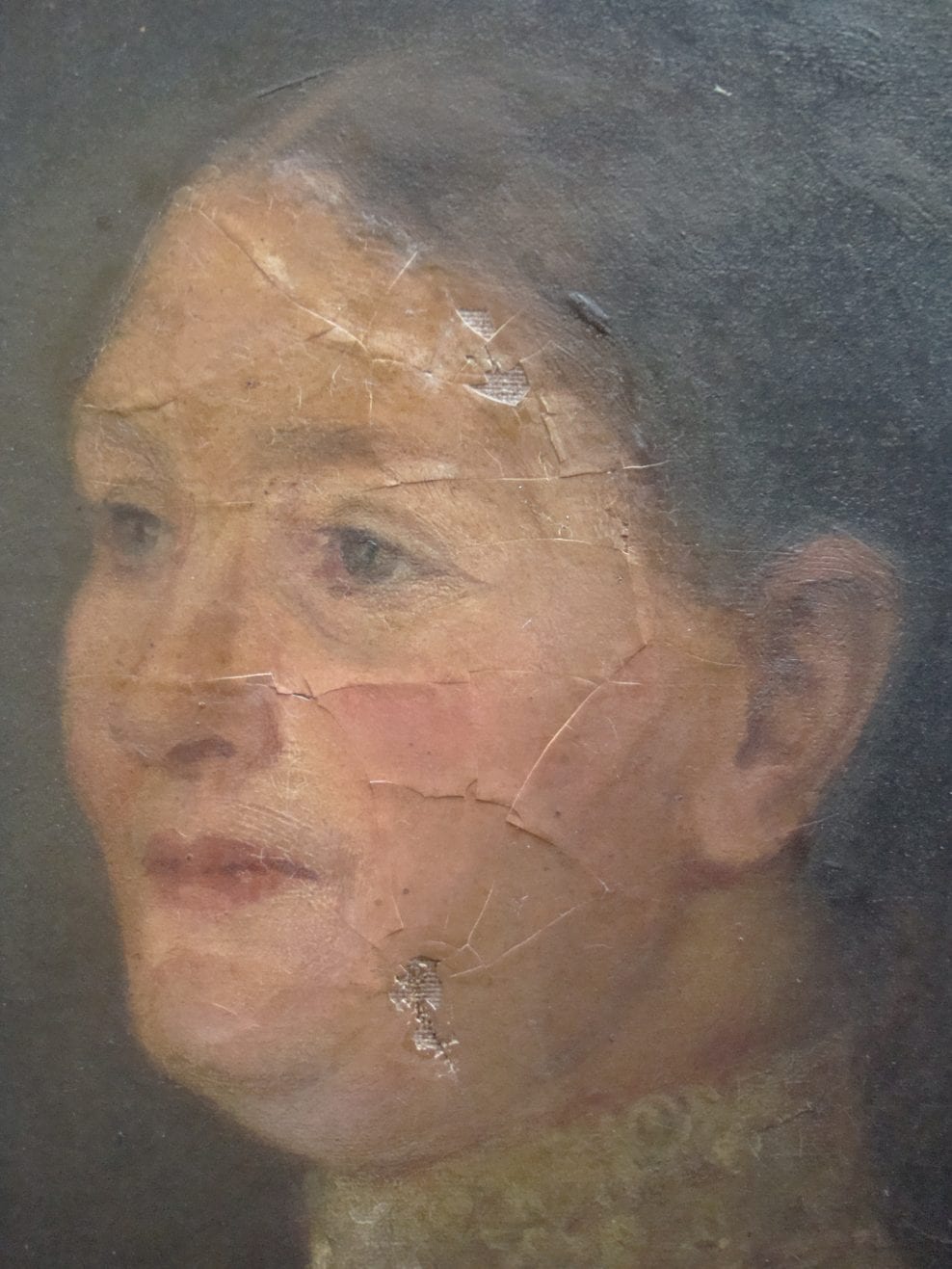 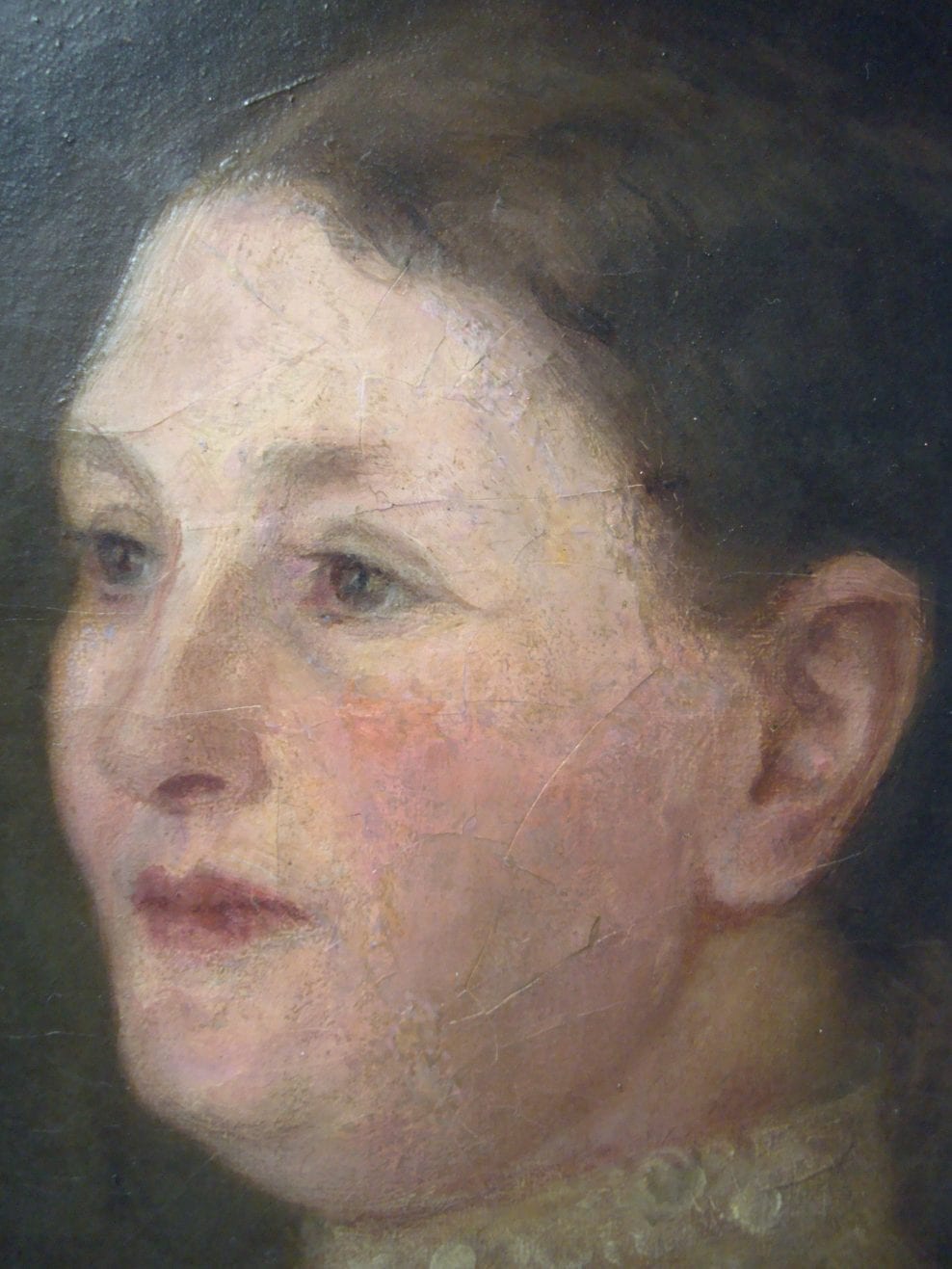 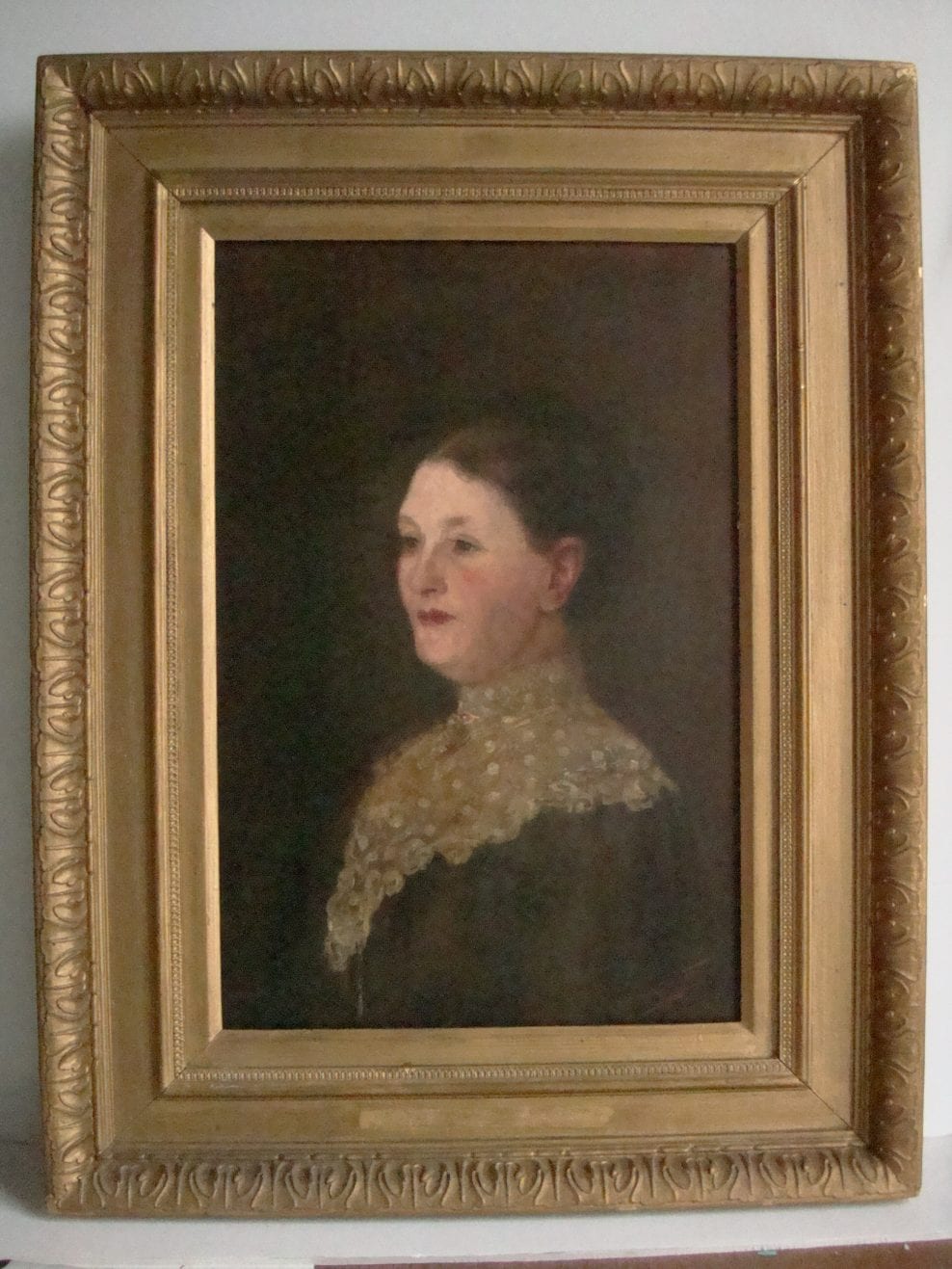 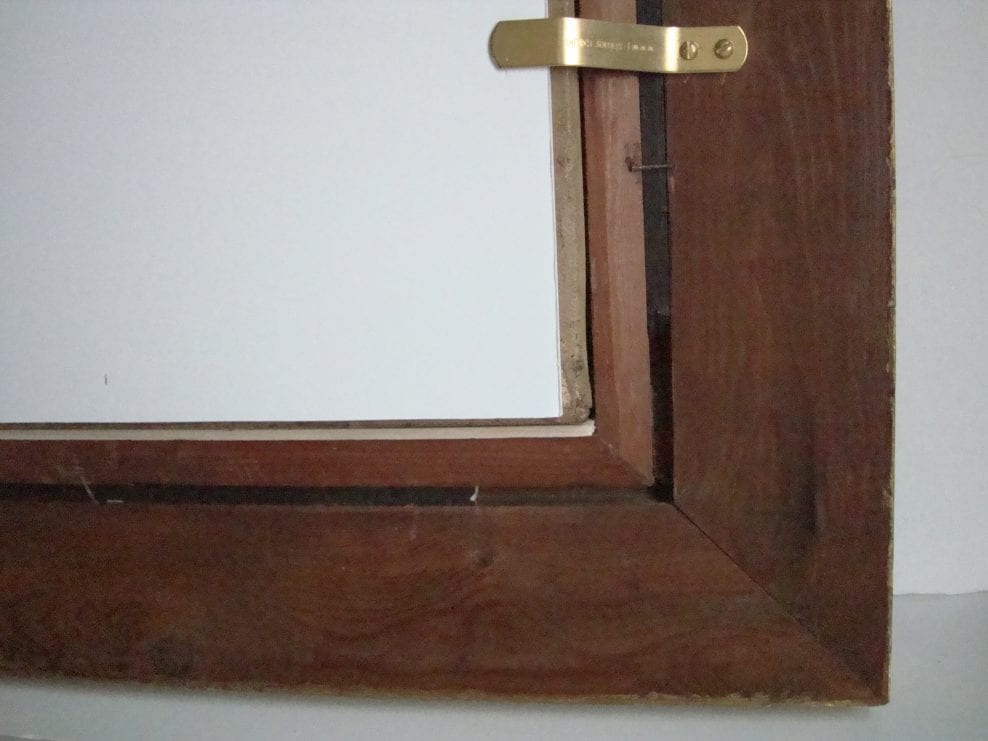 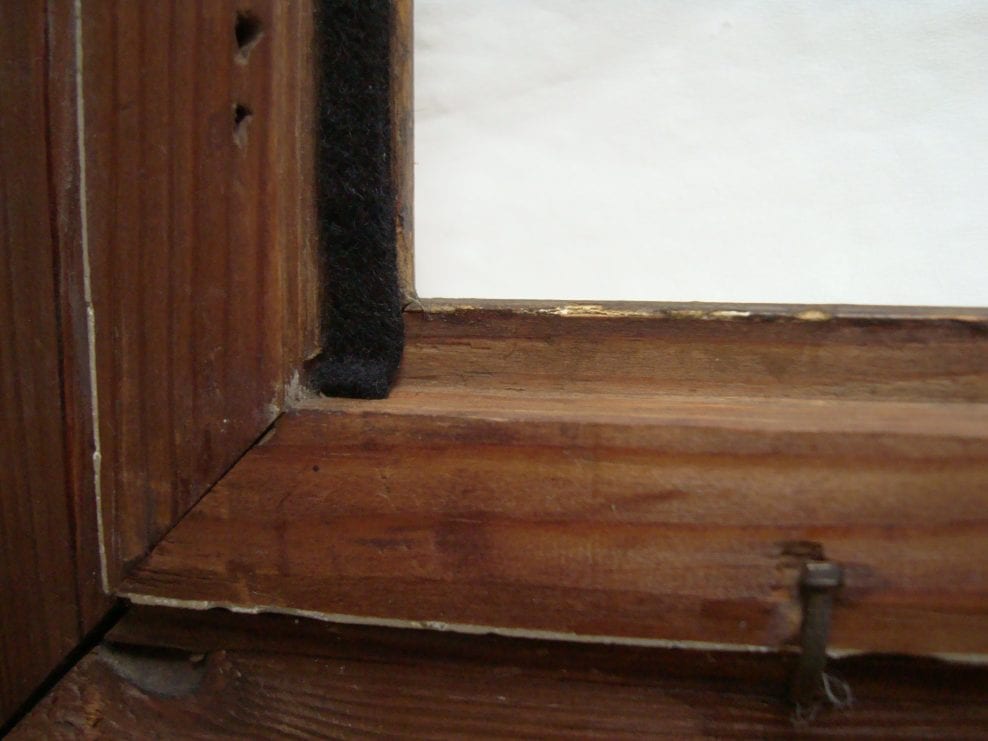