Conserving a Minton and Hollins geometric tiled floor of a former railway waiting room now under the stewardship of the Landmark Trust in collaboration with a specialist tile manufacturer.

The floor tiling was in a former railway station waiting room, now one of the Landmark Trust’s many heritage properties. the project involved conserving the floor with an emphasis on retaining the historical wear that shows ths the manner in which the building was used. Over the years the wear patten describes movement from the entrance to the ticket office and toward the fireplace that could be evidenced by tile wear and surface depression. The extensive area of tiling which was seriously broken would needed to be replaced to ensure the floor could remain safe and practical and the building could continue to be used as part of Landmark’s let property.

There was a need to find replacement tiles that were as close in nature to the originals so they could almost imperceptively blend in. A great deal of time was spent in research trials to achieve a compatible ceramic bodies of matching colour followed by making the steel dies in which the tiles were formed in presses similar to those used during the period when the original Minton and Hollins tiles were made. Fortunately the Firing Line in Stoke on Trent is a specialist tile maker that has the experience, knowledge, has over time collected and restored period tile presses and was able to prepare the clays and produce the tiles to meet the specific requirements.

On site conservation work took place over a 4 week period, the Station buildings being closed so this and other work was unertaken. As with most projects collaborative effort between us and all the other parties involved was an important factor in successful conclusion.. 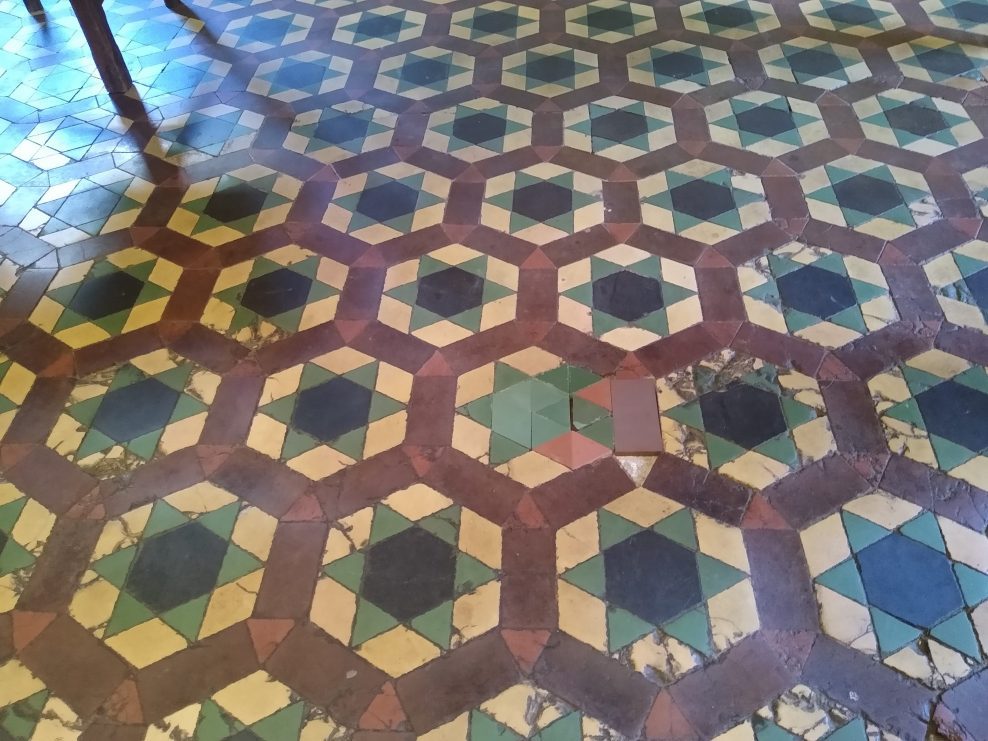 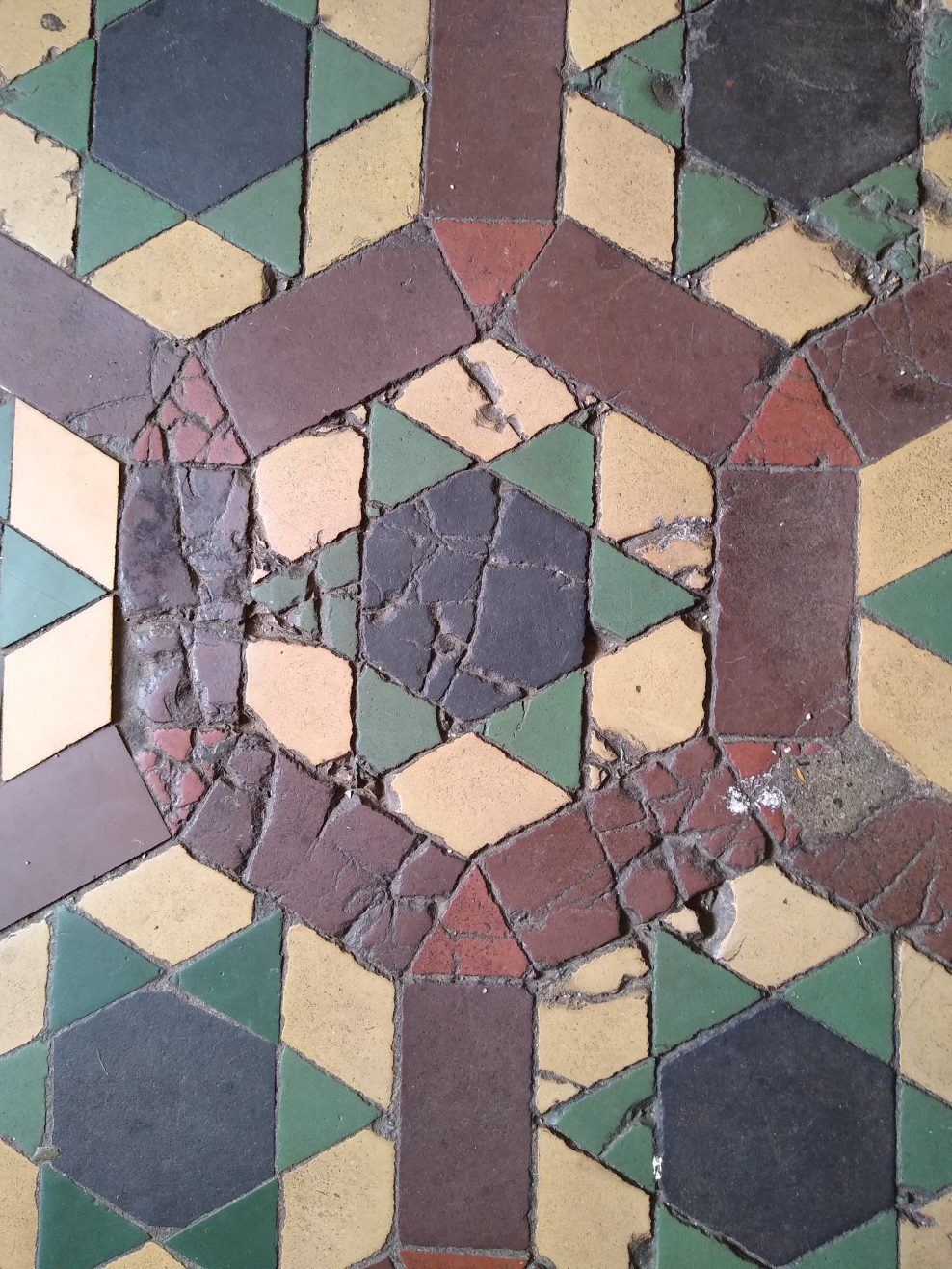 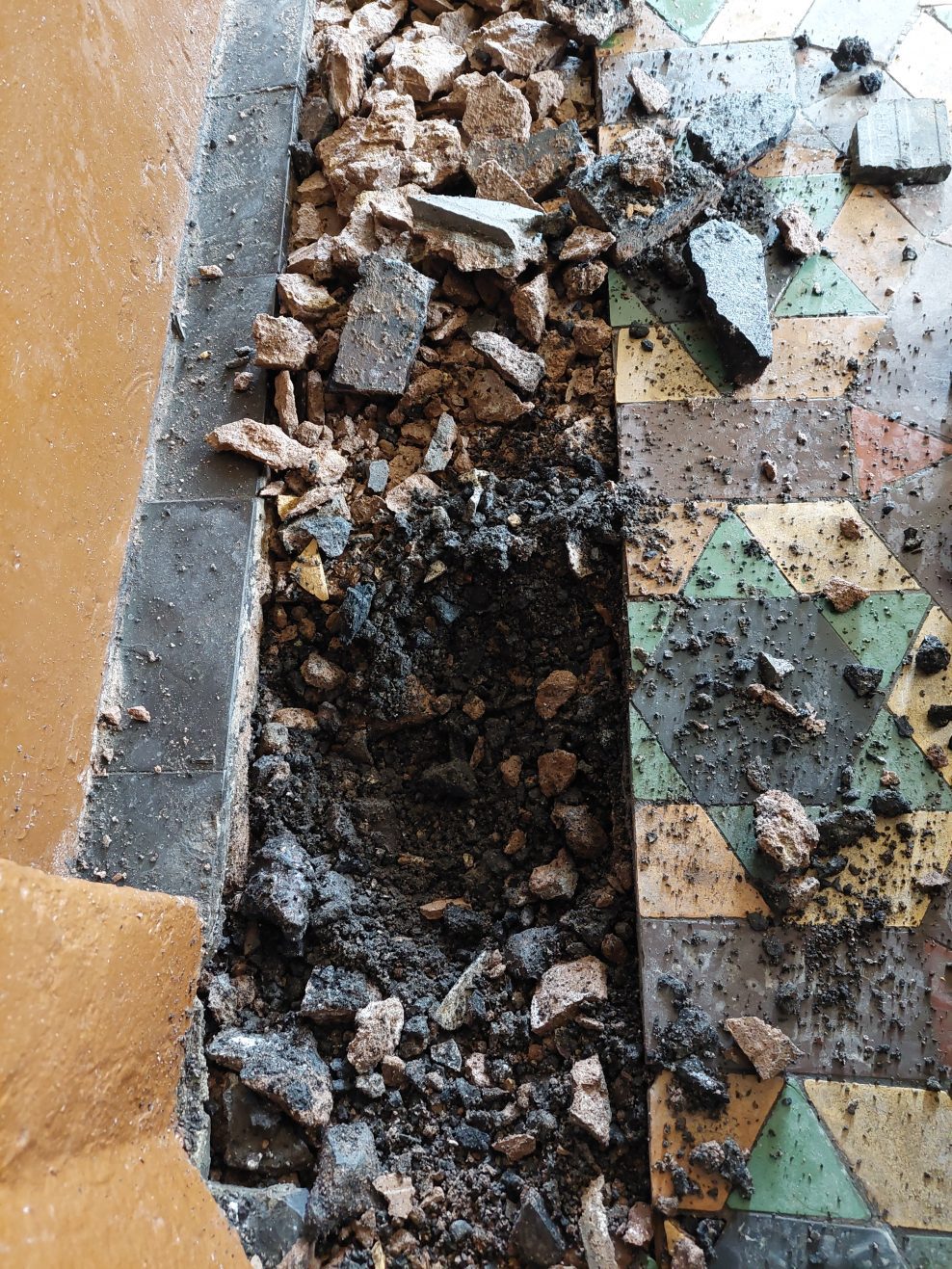 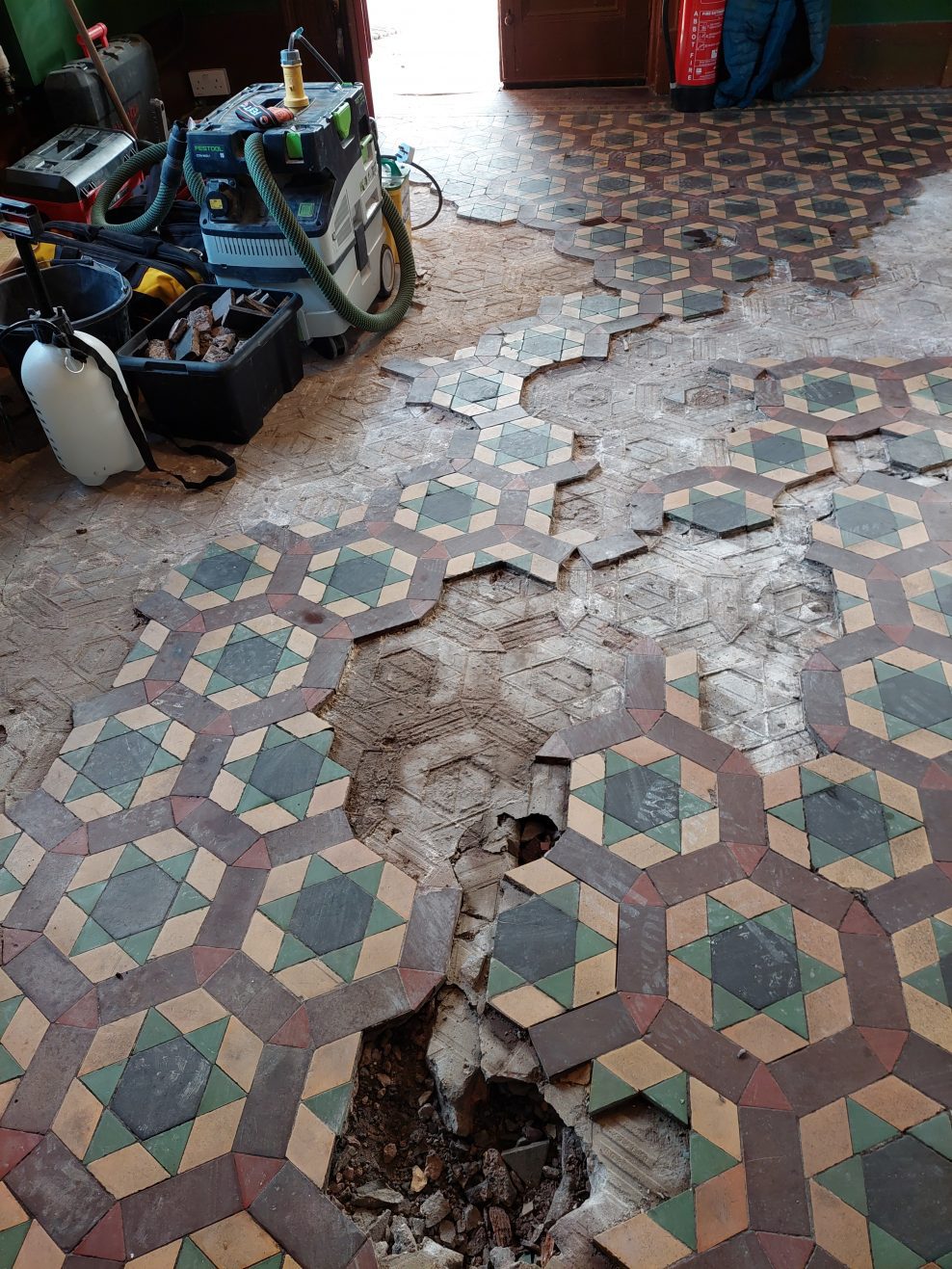 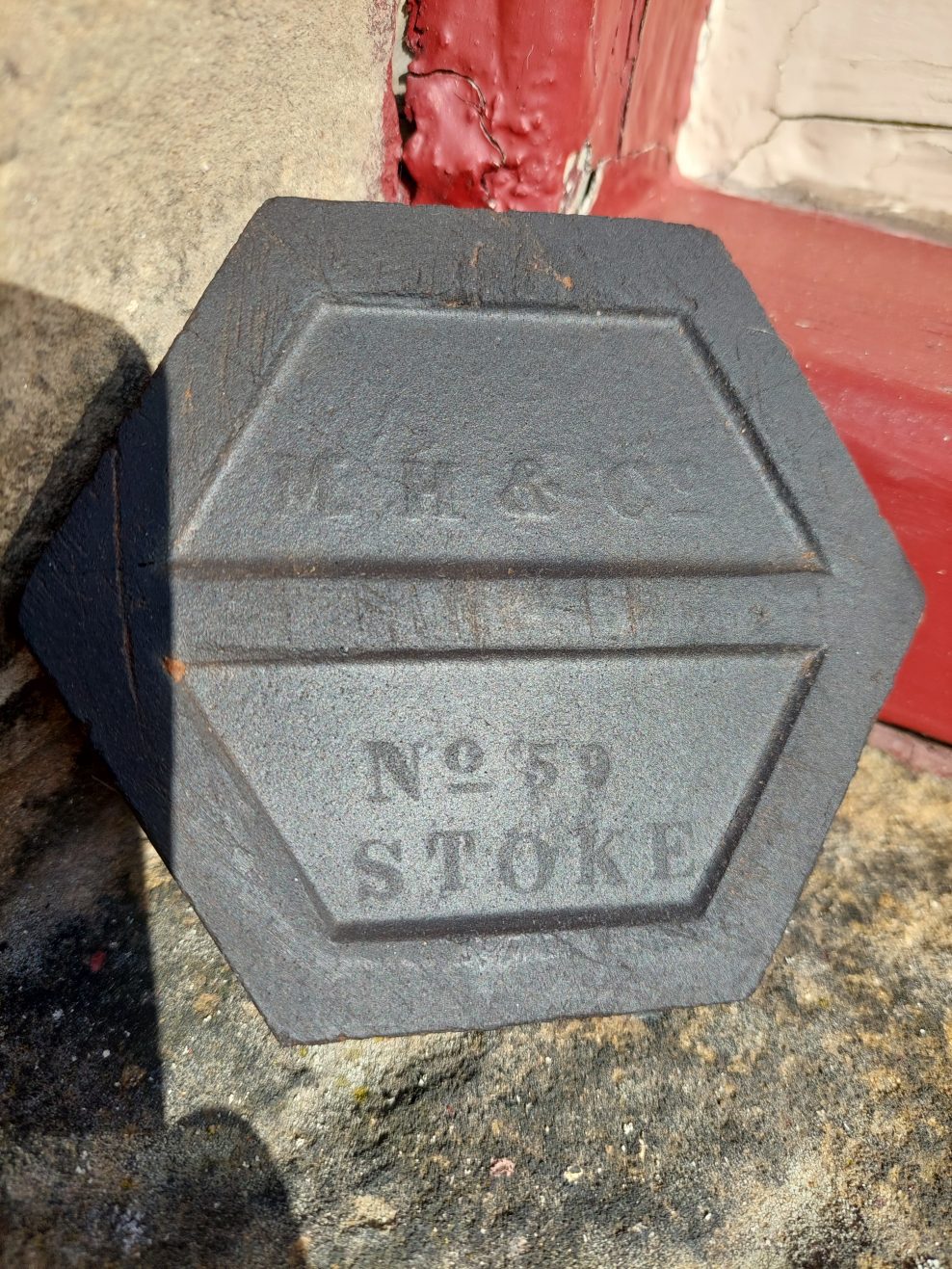 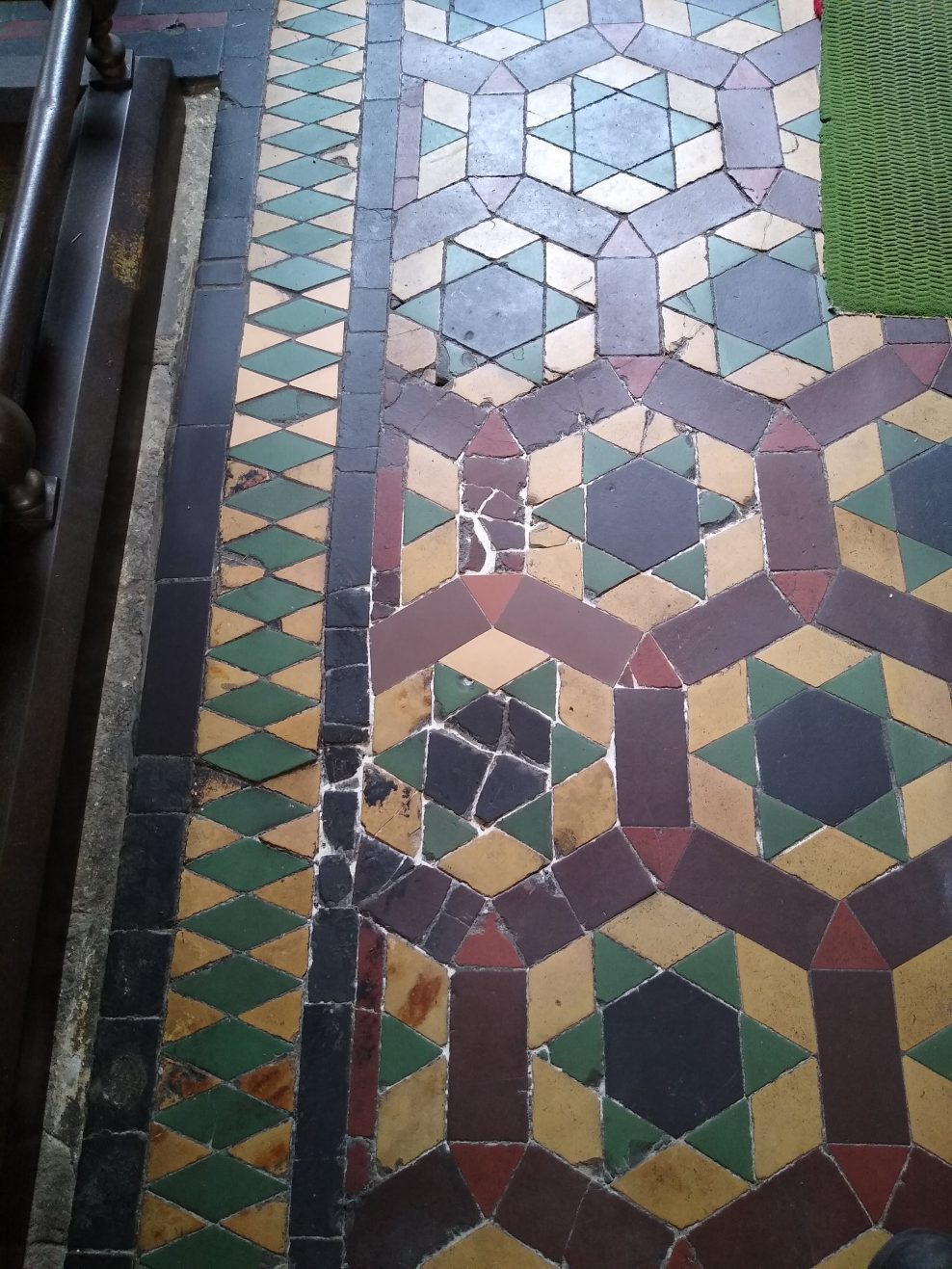 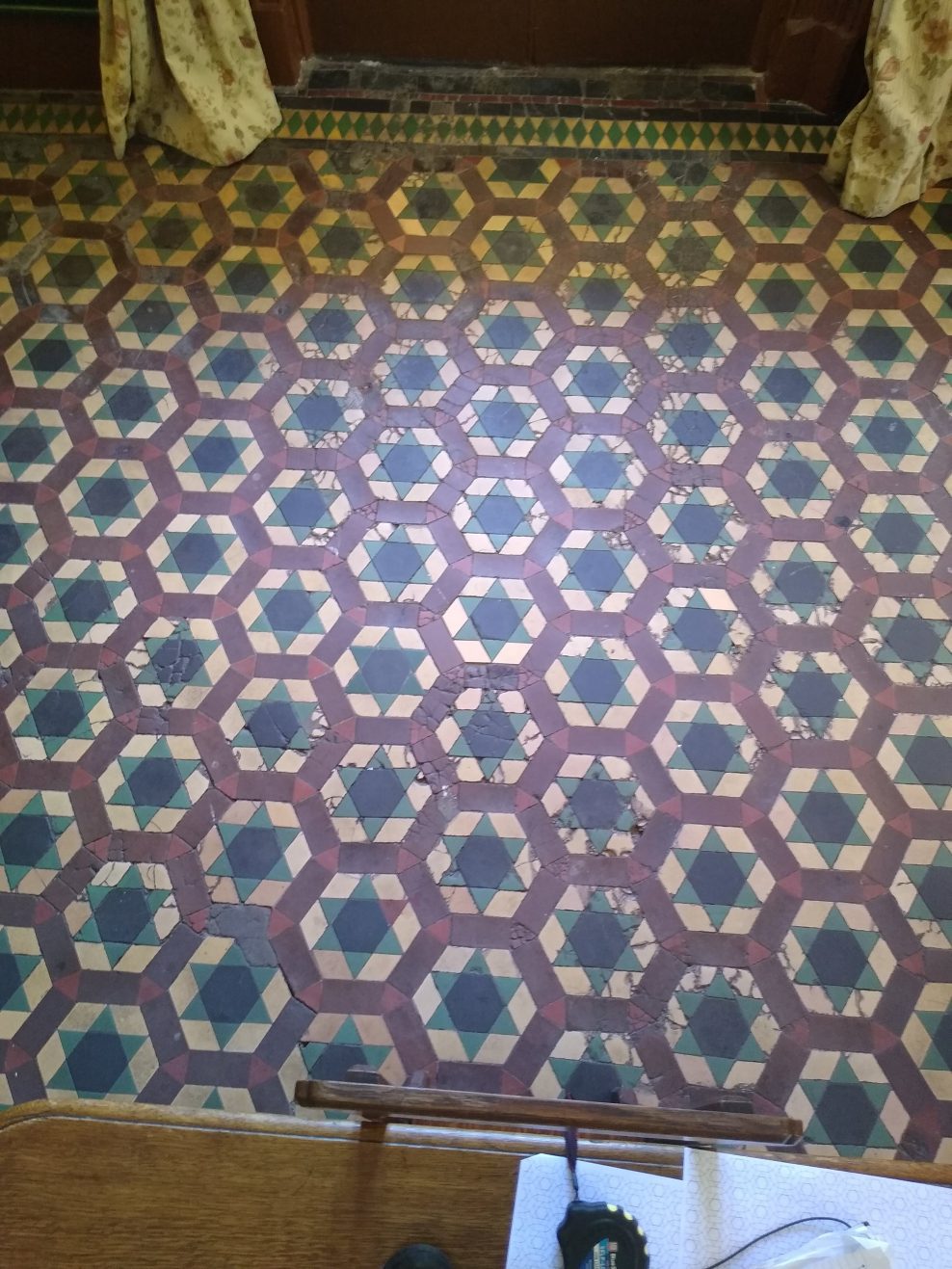 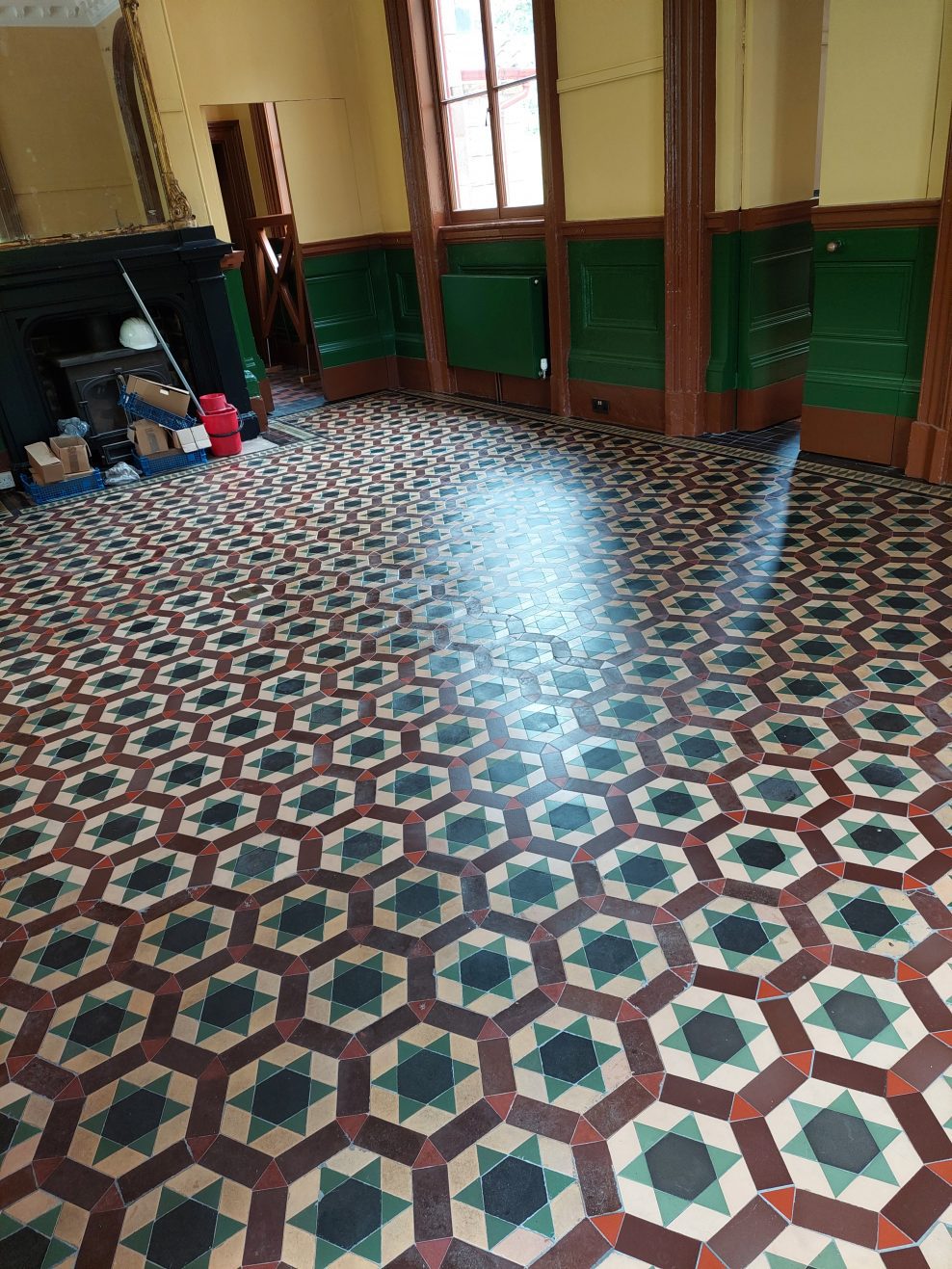 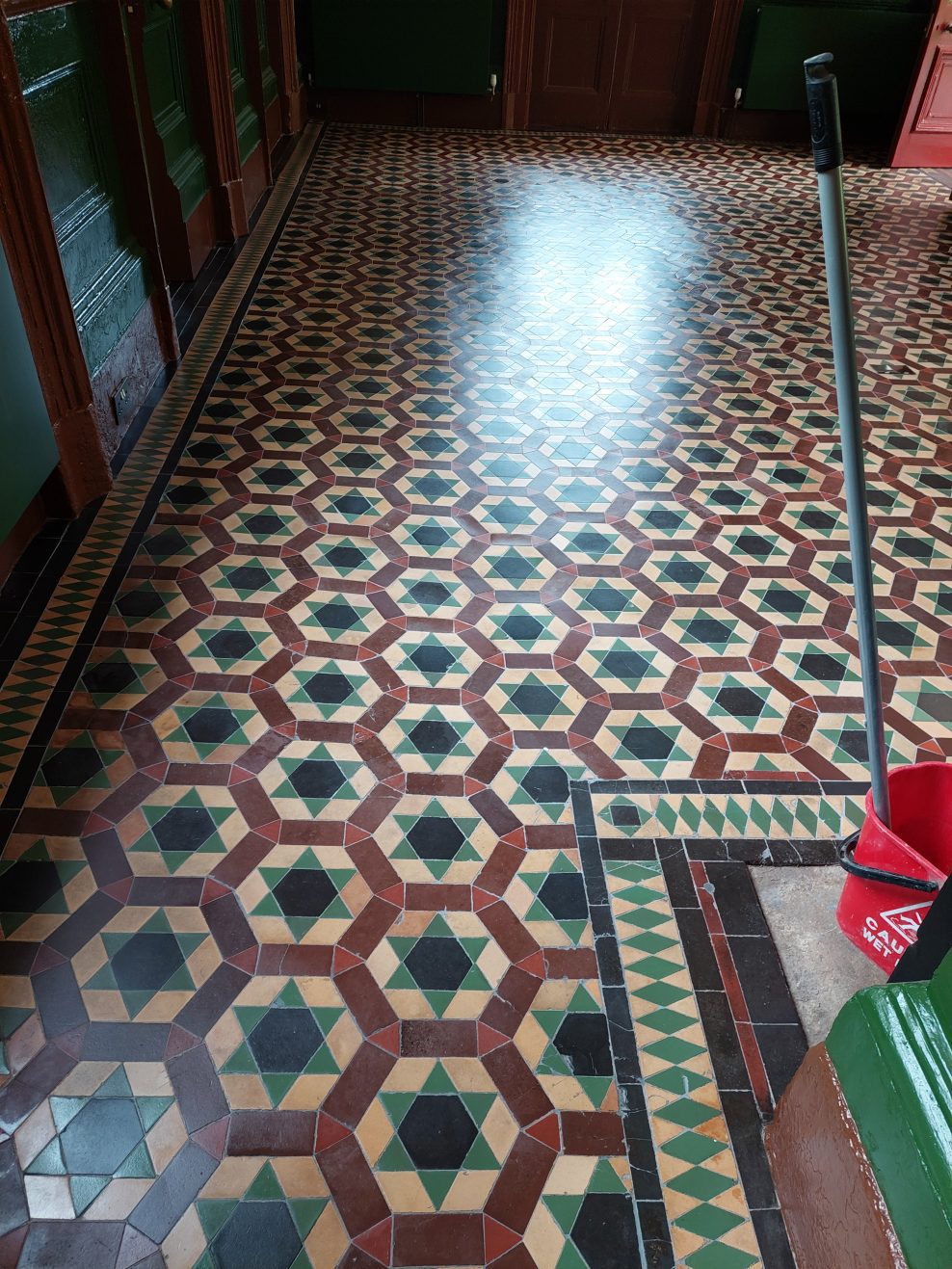 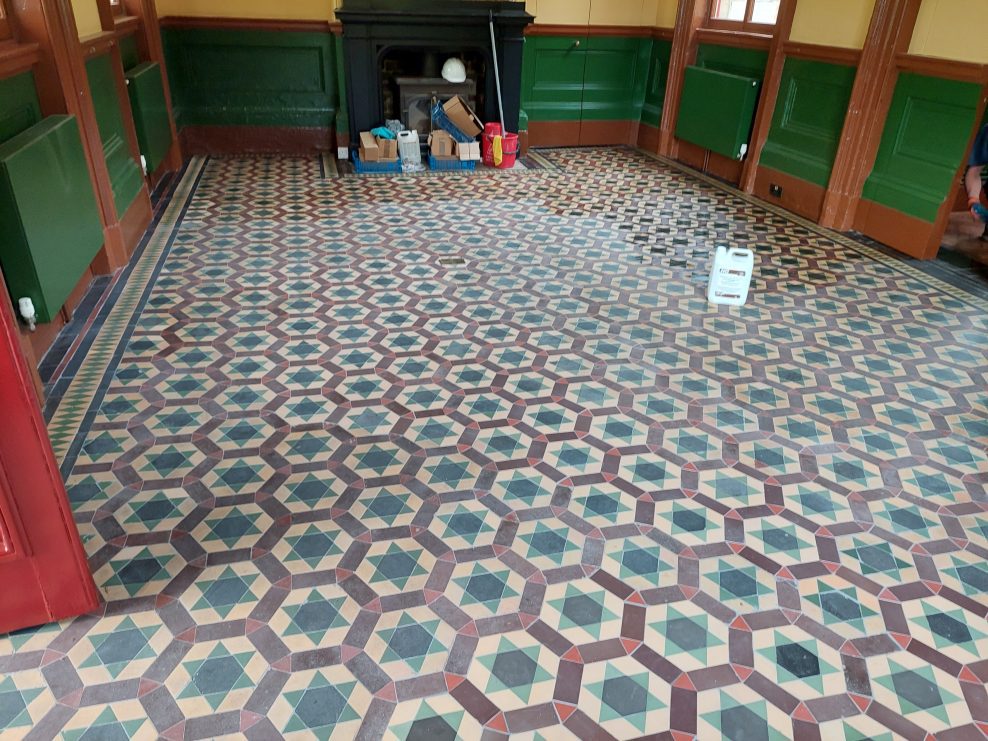