Rainford Hall was built in 1883 for Sir Richard Pilkington MP.  Lavishly decorated, a home befitting the wealth and position of the MP and owner of the Pilkington Glass in nearby St Helens. The mosaic floor of main hall floor being an oustanding example of the period, extravagant in its style and undoubtedly unique.

Although by and large the mosaic floor has remained in overall good condition, unfortunately there have been a number of problems accumulating over the years due to a number of factors. The early adoption of using a steel and concrete suspended subfloor with insufficient methods to allow for the materials expansion and contraction, over time resulted in stress fractures, which had caused some degradation to the mosaic surface with cracks and some minor delamination. There had also been a build up of dirt which partly obscured the colour of the ceramic tesserae.There had been previous attempts at repair that were not wholly successful with the use of ill matched tesserae used in a few areas.

The purpose of the conservation work was to stabilise the tesserae in the areas affected and to work on those areas which had previously undergone poor repair. Where possible re-using tesserae that were loose and had been collected in order to avoid the disparity between old and new. Also to clean the surface and apply protective finishes. 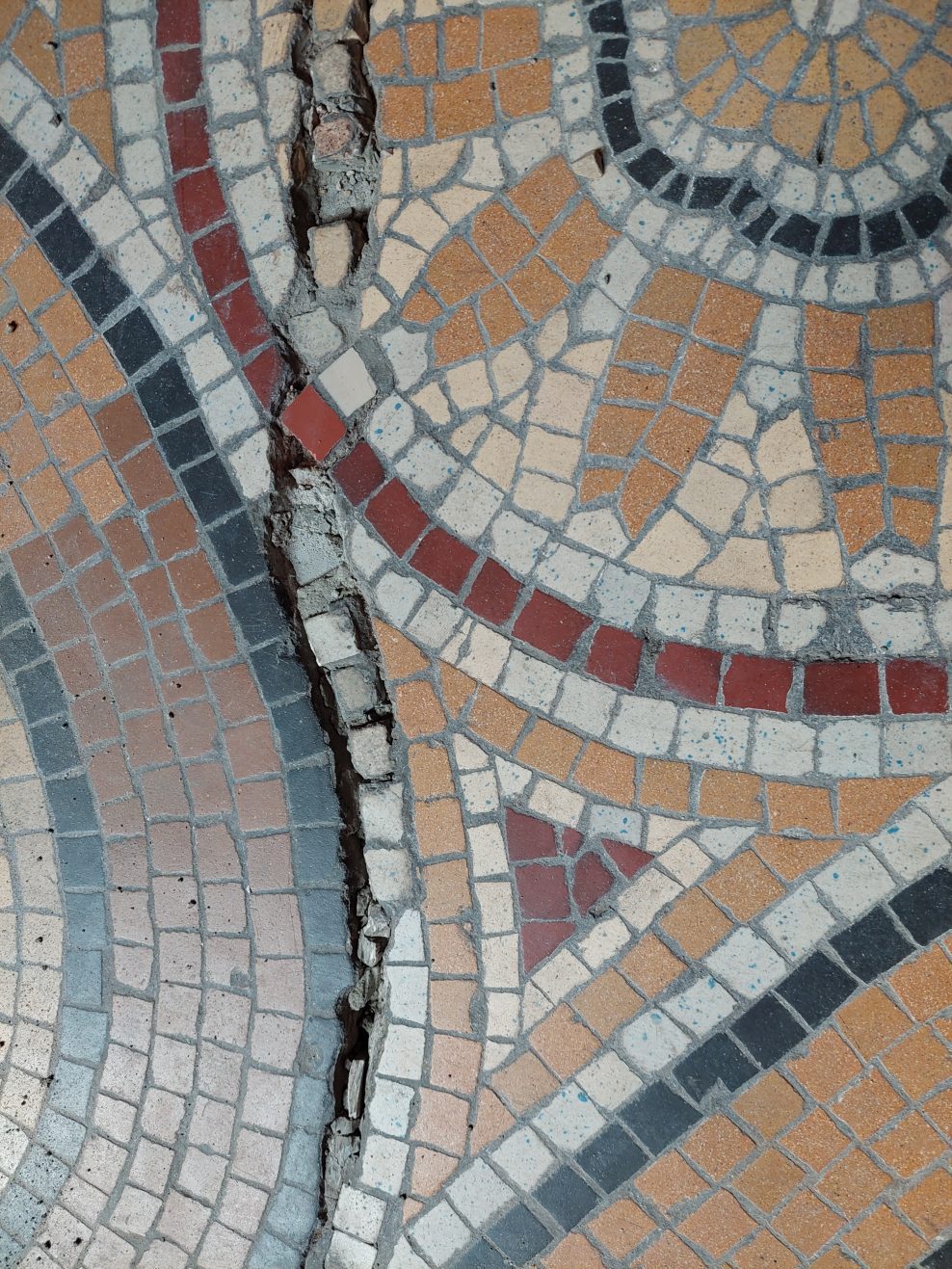 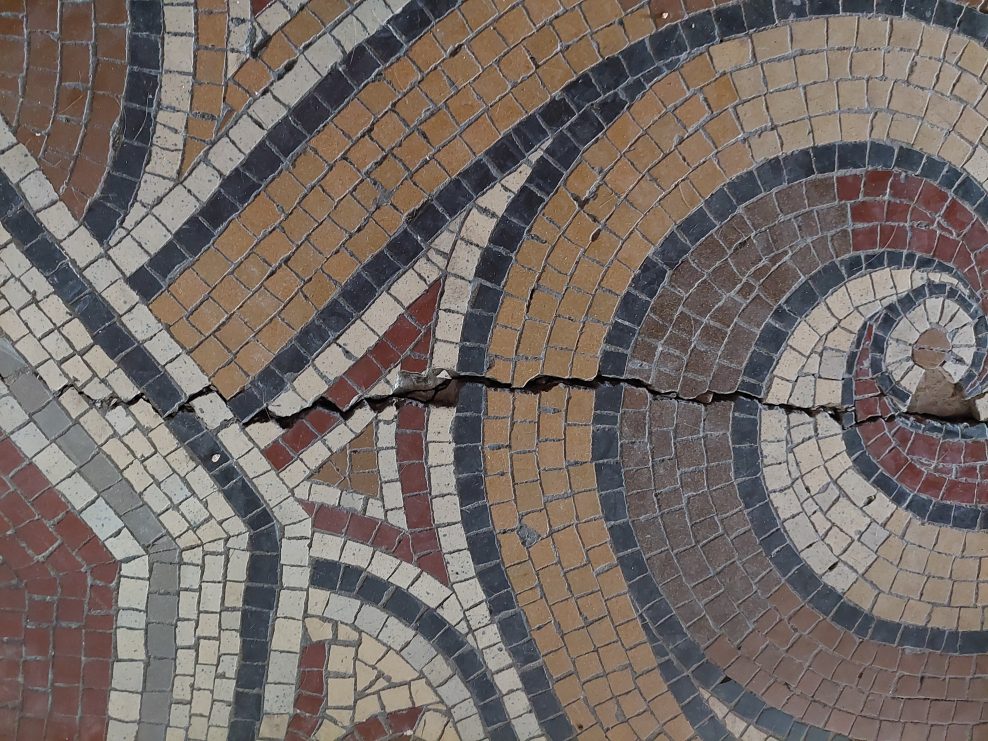 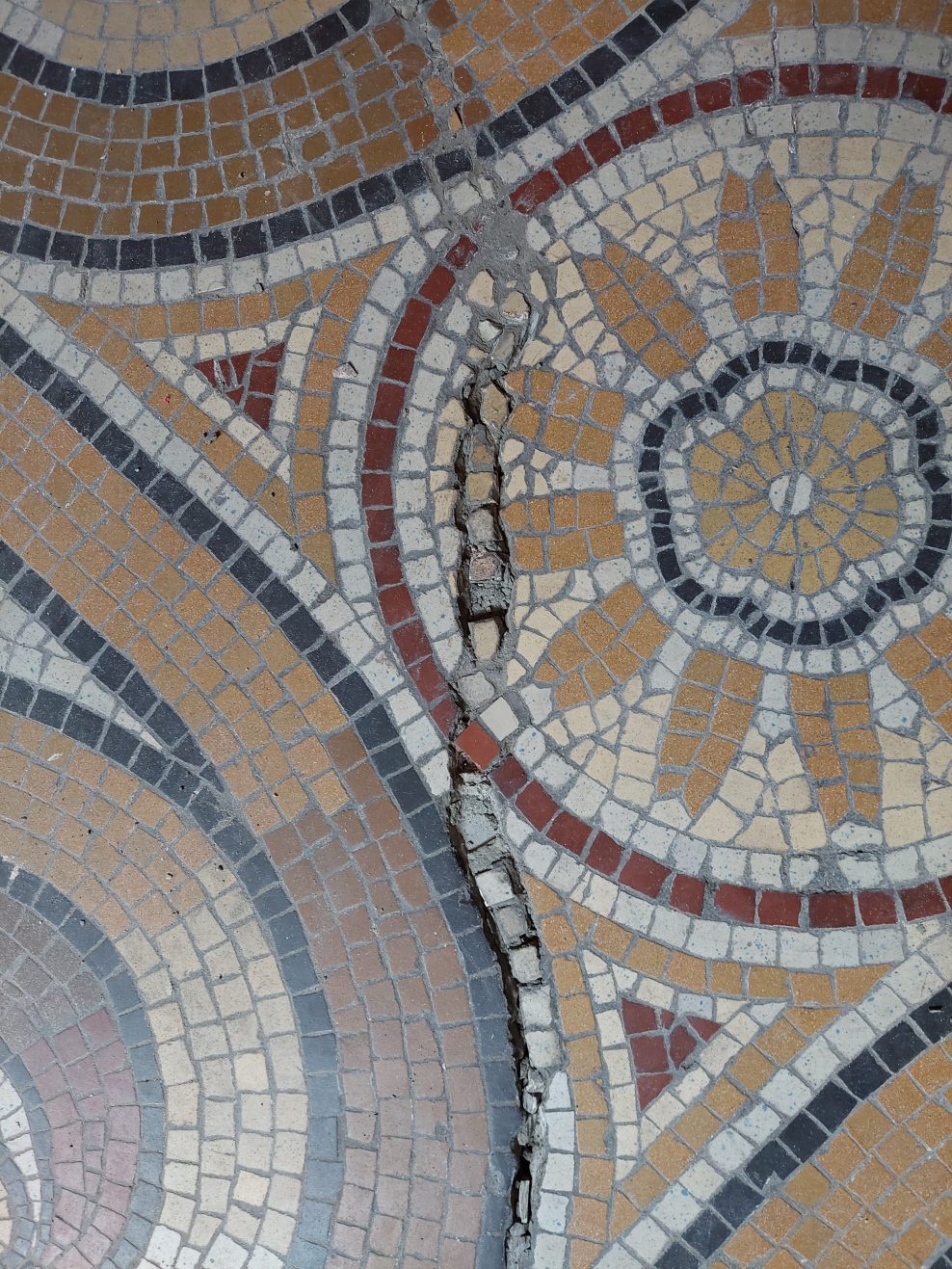 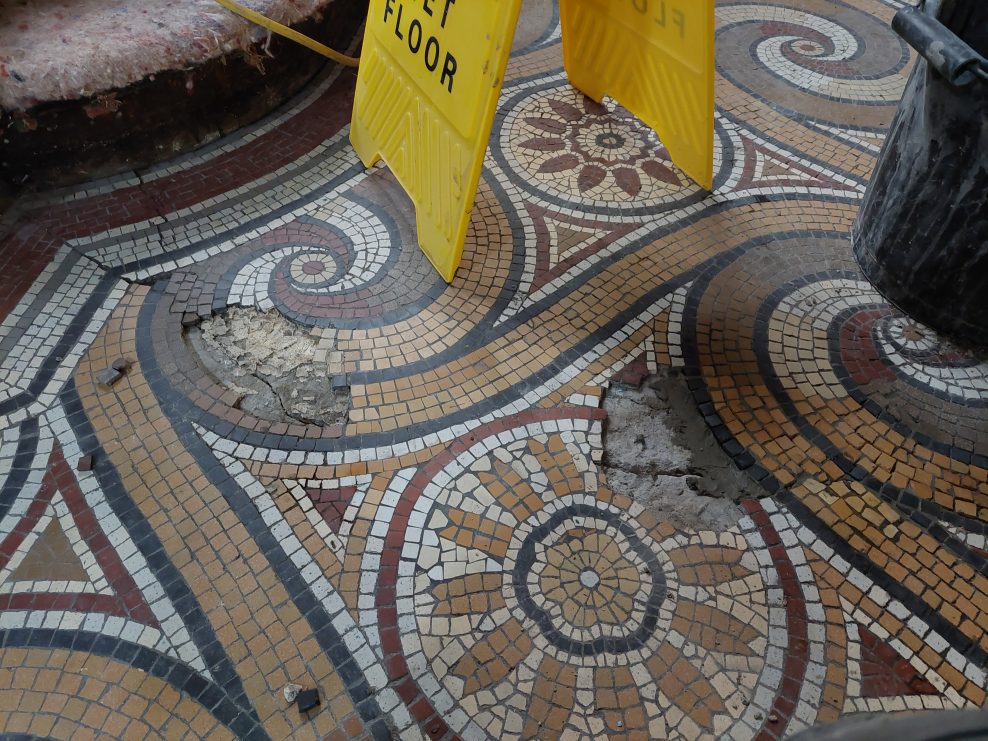 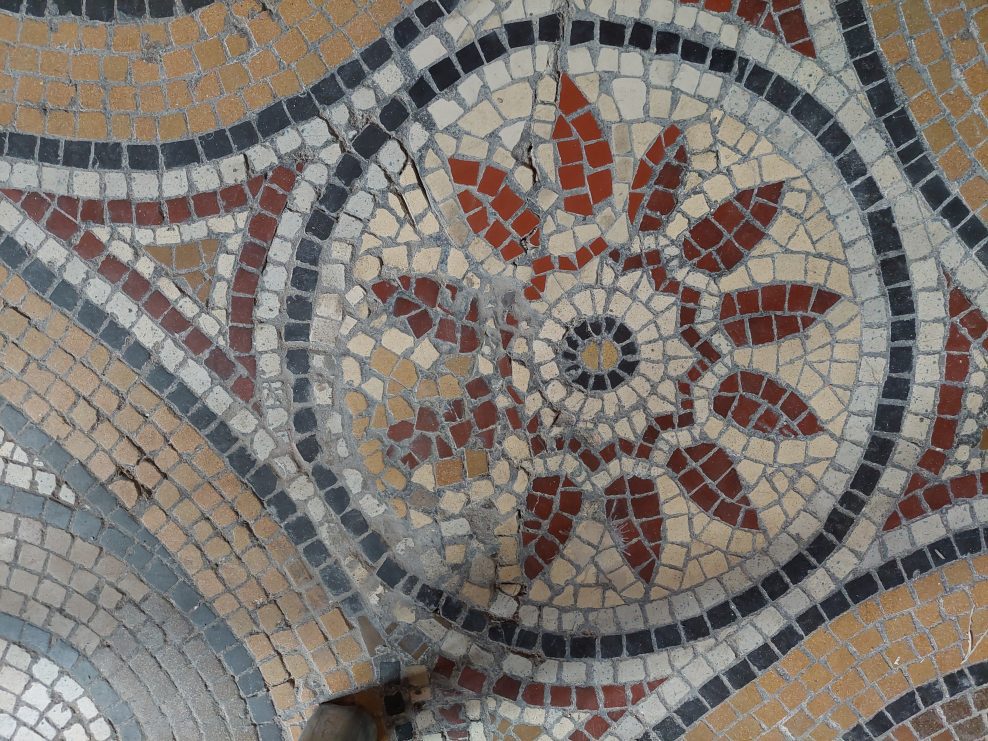 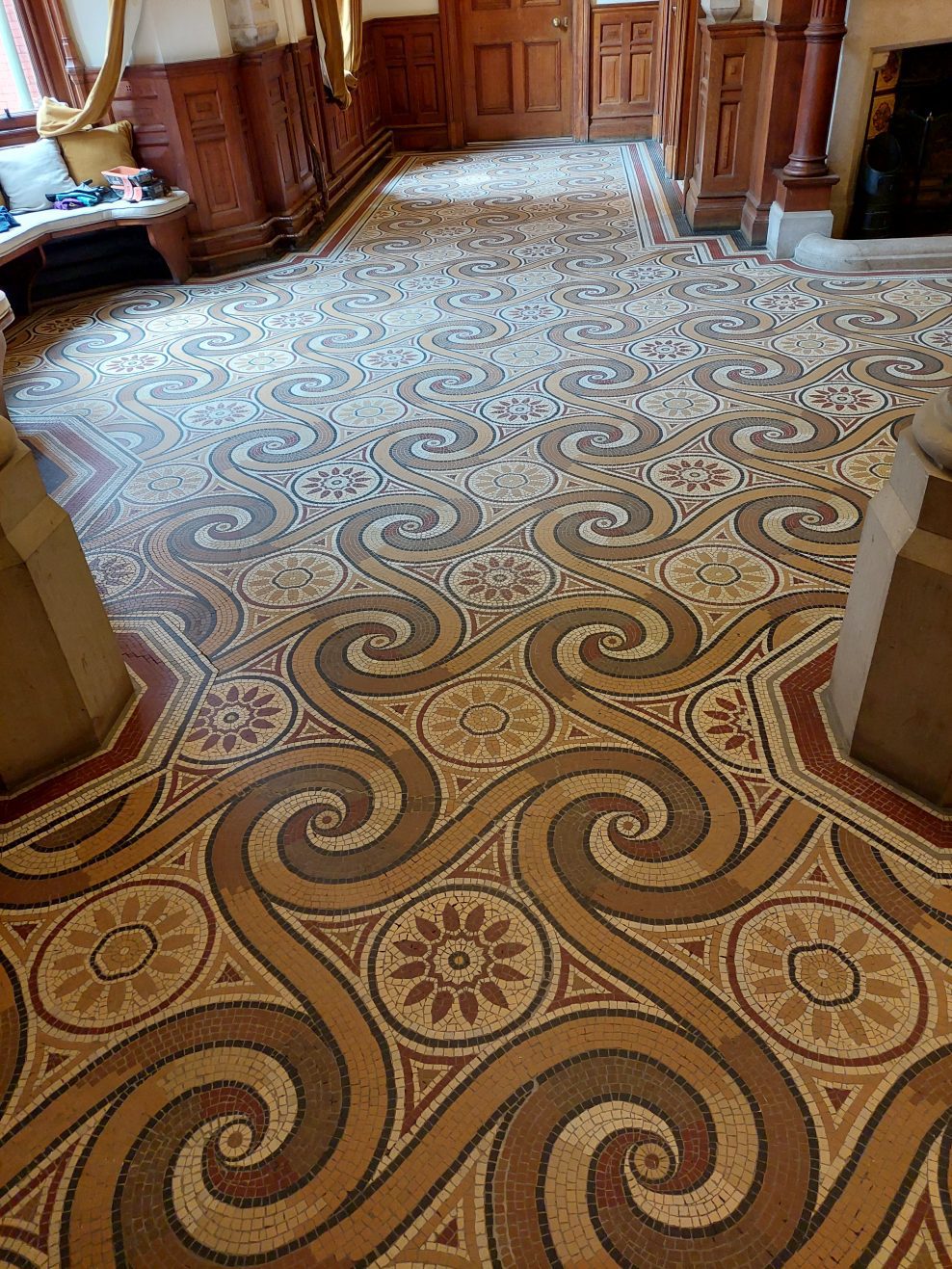 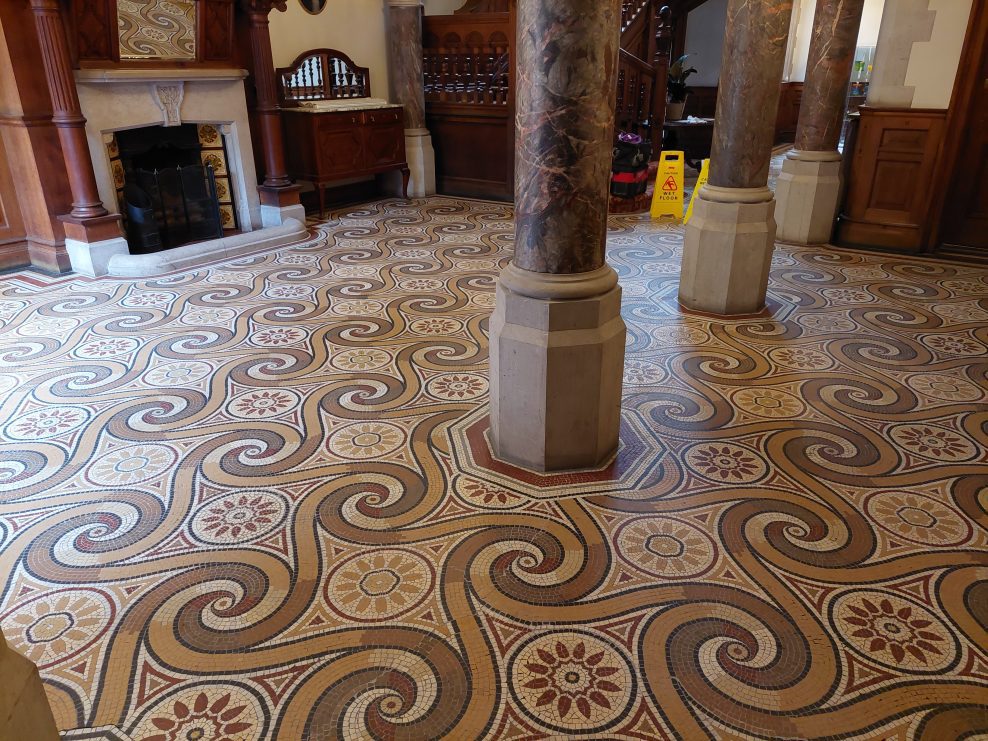 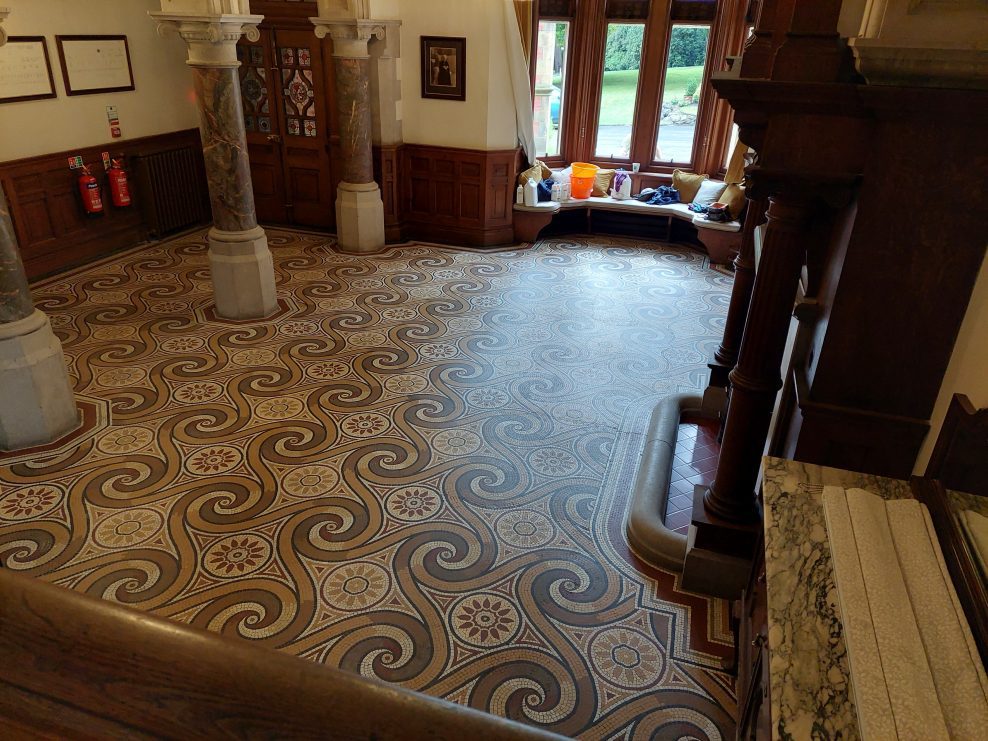 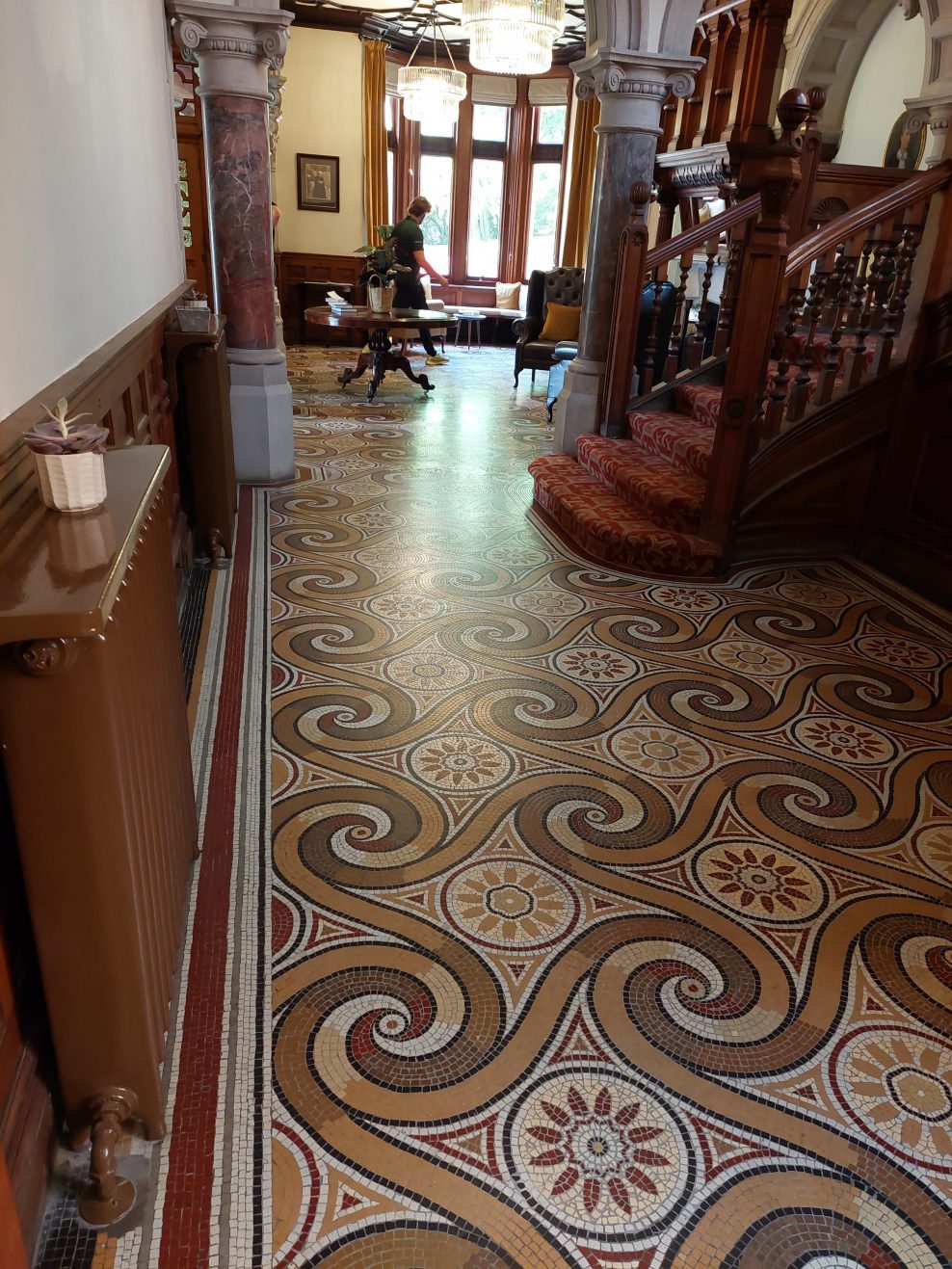