Washing and Lining a Poster

This much loved poster was washed, lined, repaired and framed.

This poster arrived in my studio folded up, having been tucked away in a drawer for many years. It dated from the early 1960s and it had belonged to the owner’s grandfather. My client wanted to have it framed to display in his home office, a reminder of a much-loved family member.

Condition: The creases were heavy and at the edges the weak paper had torn. There were some edge tears and some small losses. As usual, I examined the poster carefully, took photos and drew up a condition report and a treatment proposal along with a quote for the client. The client accepted my quote and I set to work.

Washing a poster: Because the paper was so weak and discoloured the first thing I did was to immerse the poster in a bath of water. This helps to reduce the discolouration but also helps to improve the condition of the paper, preserving it for the future. It is also a good way to ease out the folds and creases. The first bath water was slightly yellow tinged so I knew it was worthwhile.

Lining a poster: Because of all the tears and losses I decided to line the poster onto Japanese tissue. I could have individually repaired the tears, but, because there were so many and because the paper was still quite weak as it was poor quality it was easier and quicker to line it (or back it).

Flattening the poster: After lining, I allowed the poster to dry naturally, sitting on some blotters on the desk overnight. I then lightly misted the poster with water and taped the edges to a board, which would flatten out the poster as it dried.

Repairing the poster: With the poster on the board it was then quite easy for me to repair the missing areas, the tears having already being repaired by the lining. I could also locally dampen the creases and gently press them with a heated spatula.

Framing: All that was left was to trim the lining and the poster looked as good as new. Then I attached the poster to a support and box framed it. 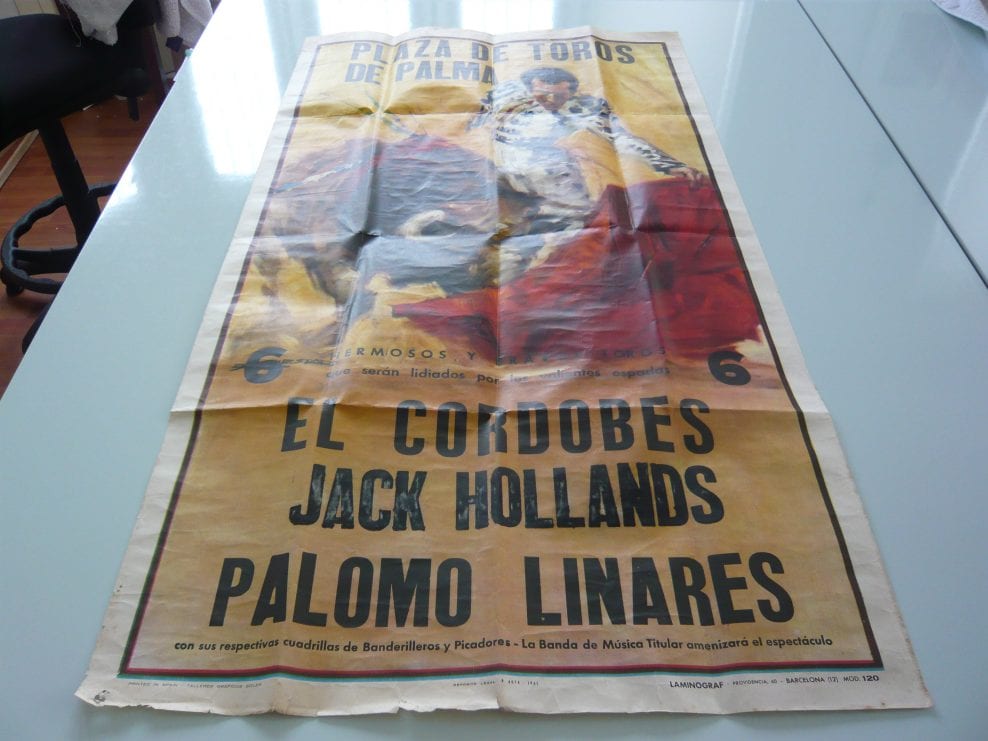 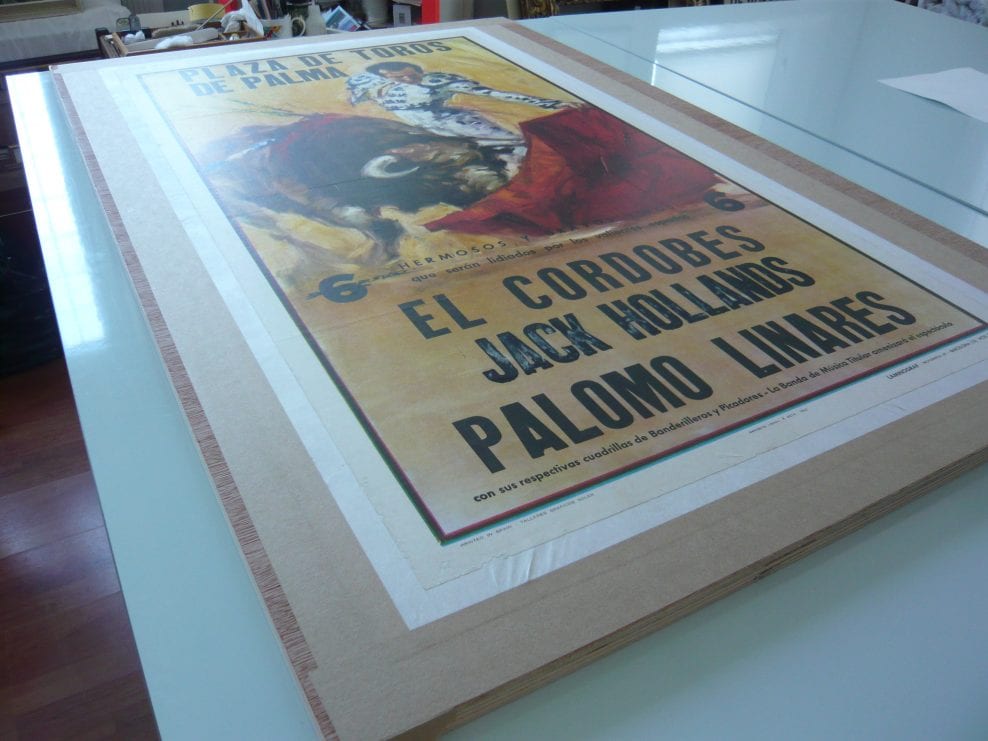 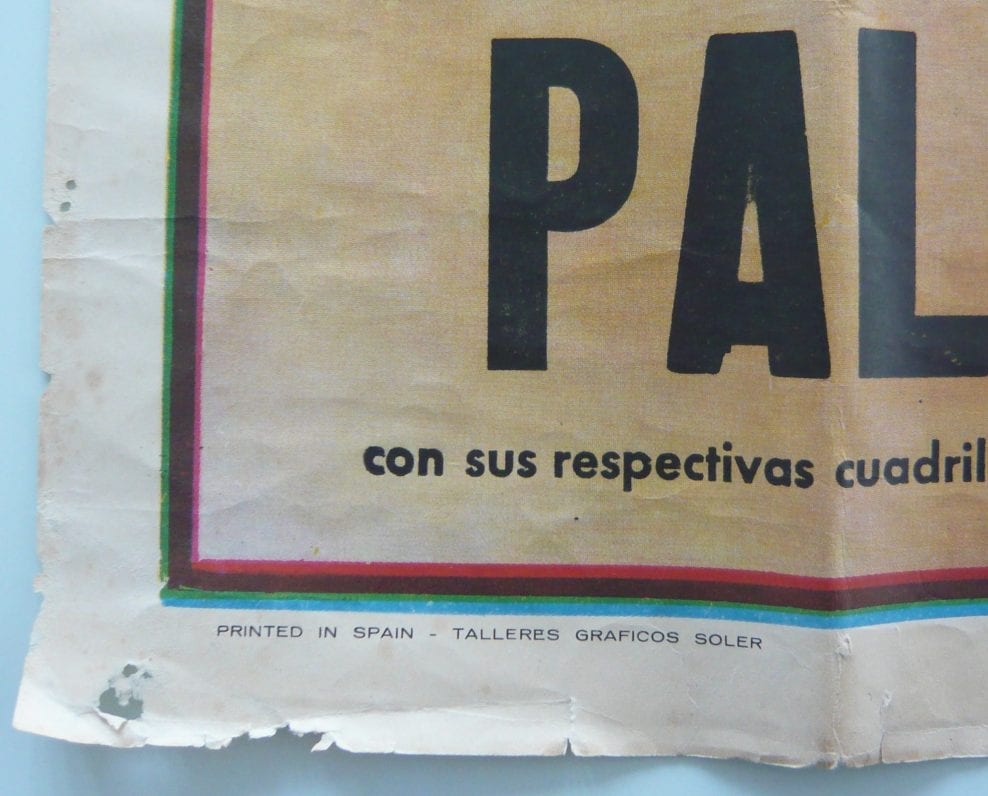 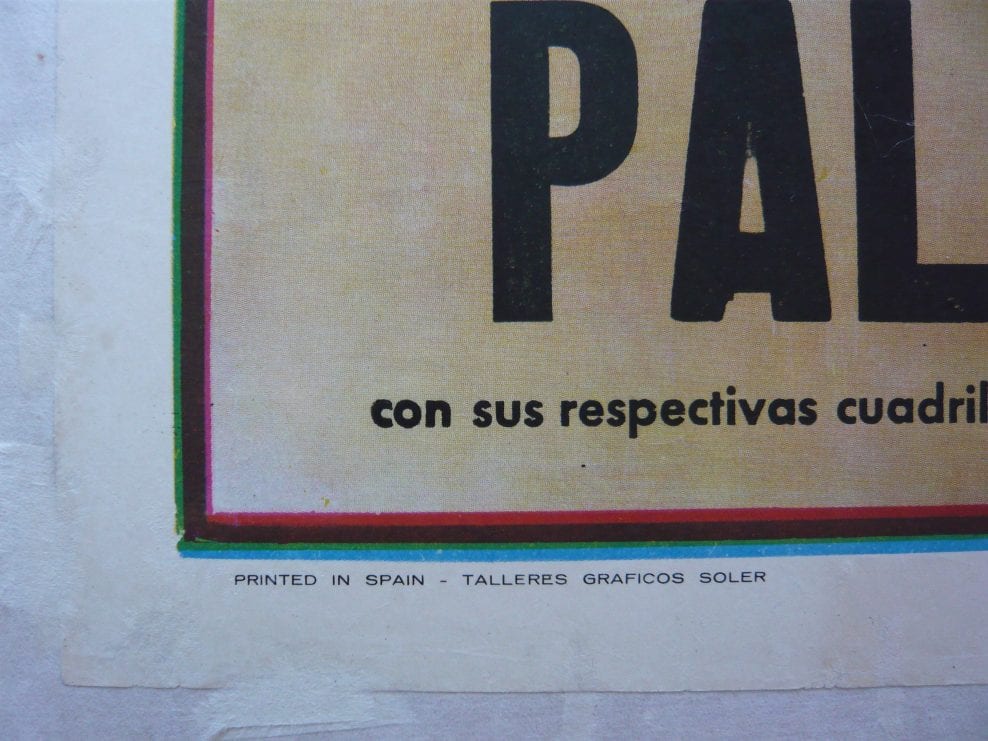 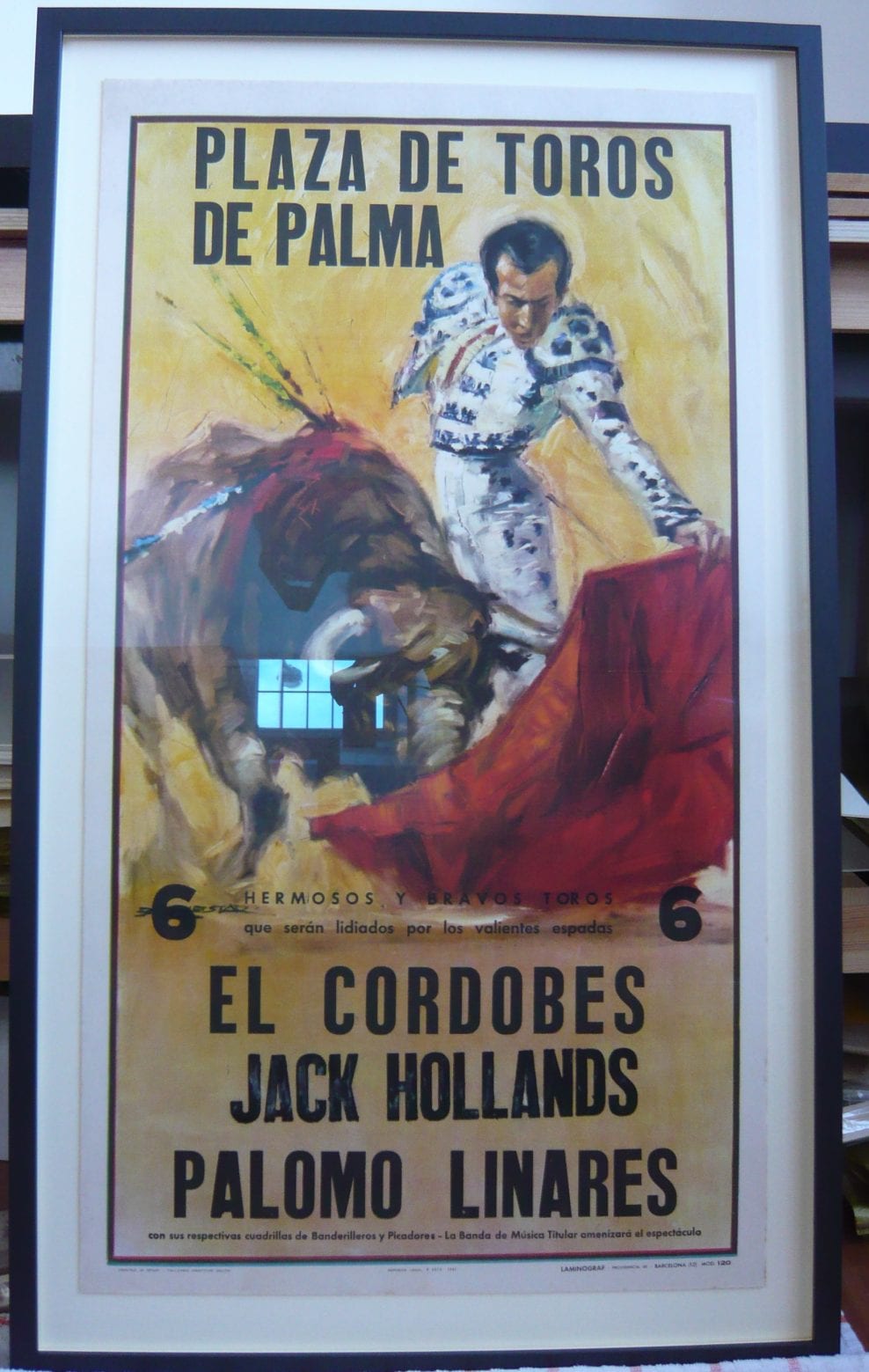 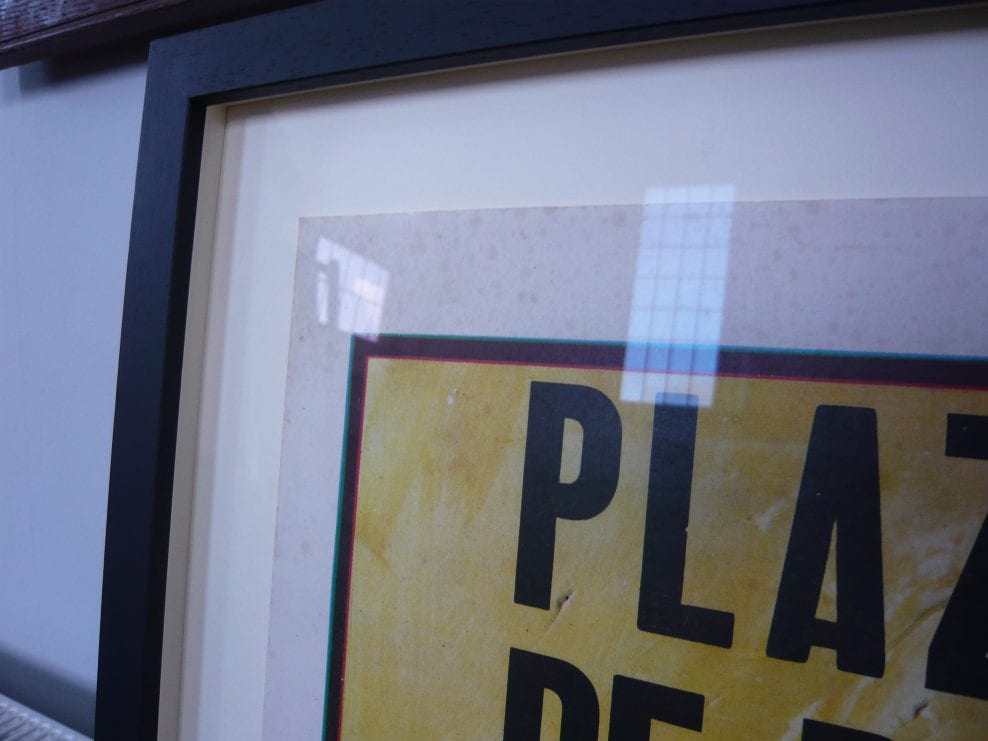 Observant people may have wondered what was going on with the printed name and its white patchy appearance. The name was obviously added on to make a personalised keepsake or souvenir out of the poster. As such, when still wet from printing, it came into contact with another sheet of paper and paper fibres attached themselves to the wet ink. Even after washing these fibres did not reduce – and as such (in consultation with the owner) we decided to leave them visible and in place, a history of the posters creation and life.

The poster is now in great condition and ready for its new life proudly on display. A wonderful memento of a grandfather and ready to be eventually passed on to his great grandson who shares his name.