The Conservation of two Chinese paintings on silk

Two Chinese paintings on silk arrived in the studio, the owner very upset at the condition they were in. Could they be saved?

Condition: The owner of these two Chinese paintings had taken them to a framer to be re-framed. They were much loved and had great sentimental value having once been the property of a much loved aunt. The framer was quite alarmed at the condition of the silk, it was extremely fragile and was easily shattered when moved or even touched.

Originally the silk had been wrapped around a board, but over the years the silk had shattered and detached from the board along the fold. Fortunately all the figures were in the centre and had suffered little damage. There were however tears and some insect holes. The main aim of treatment was to hold the silk together allowing them to be framed, displayed and enjoyed once more.

Treatment Proposal: I enlisted the help of a textile conservator and we set about testing and drawing up a treatment proposal. The two pictures needed extensive treatment and would take many hours to complete. The silk was fragile and the body-colour media sensitive to moisture. I was so relieved when the client gave me the go-ahead to proceed, I didn’t even want to place the pictures vertically again until treatment had been carried out. 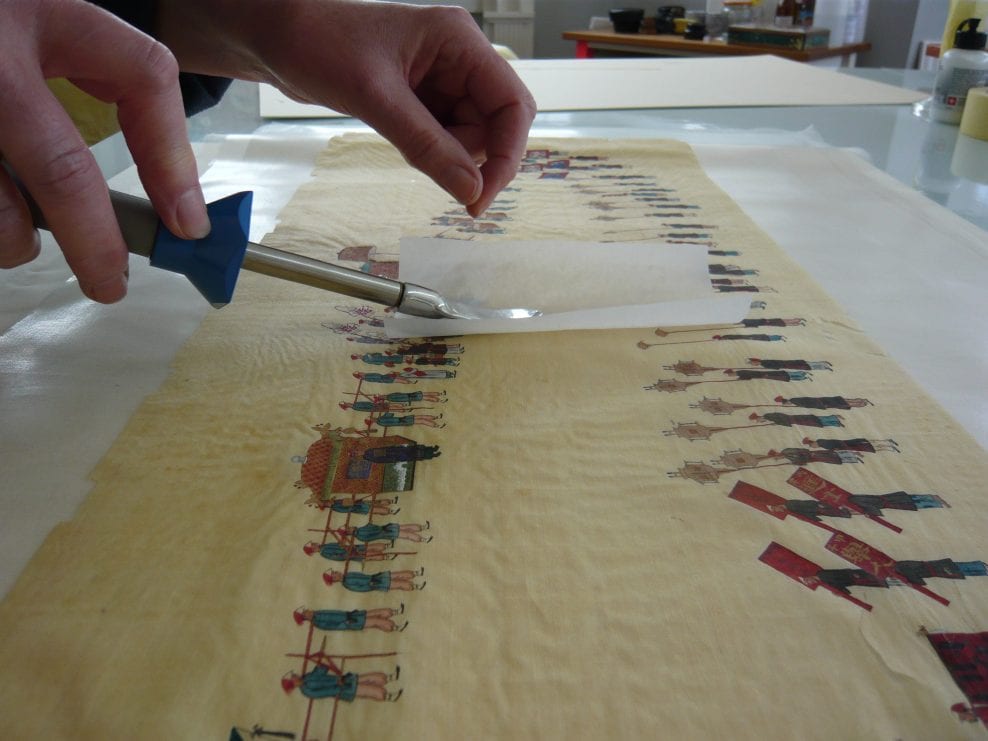 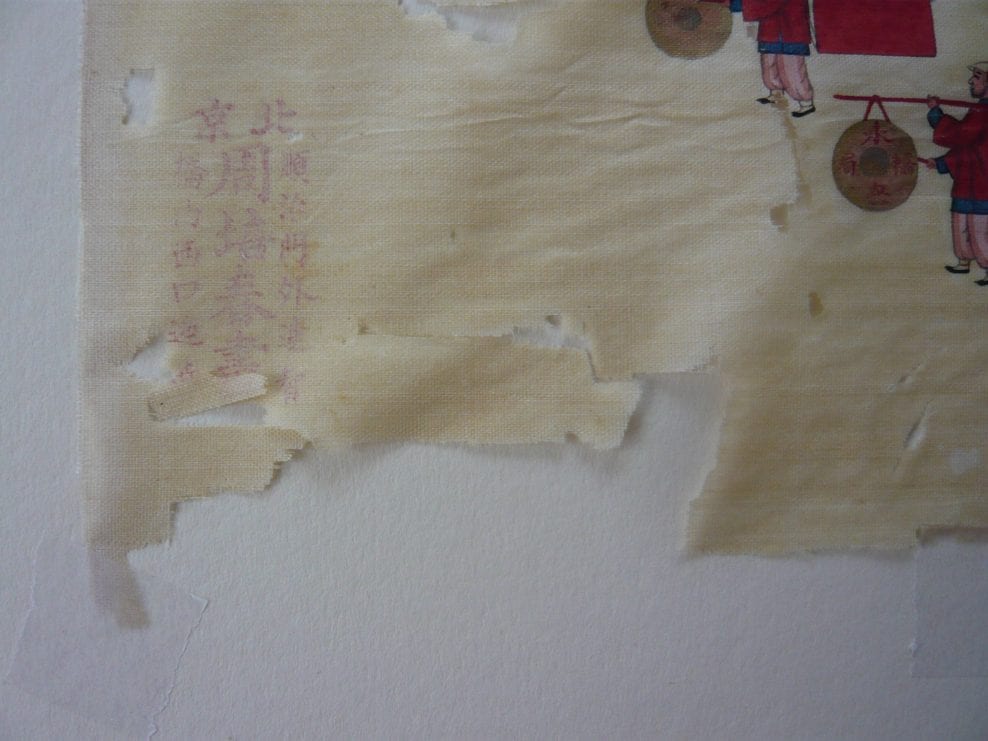 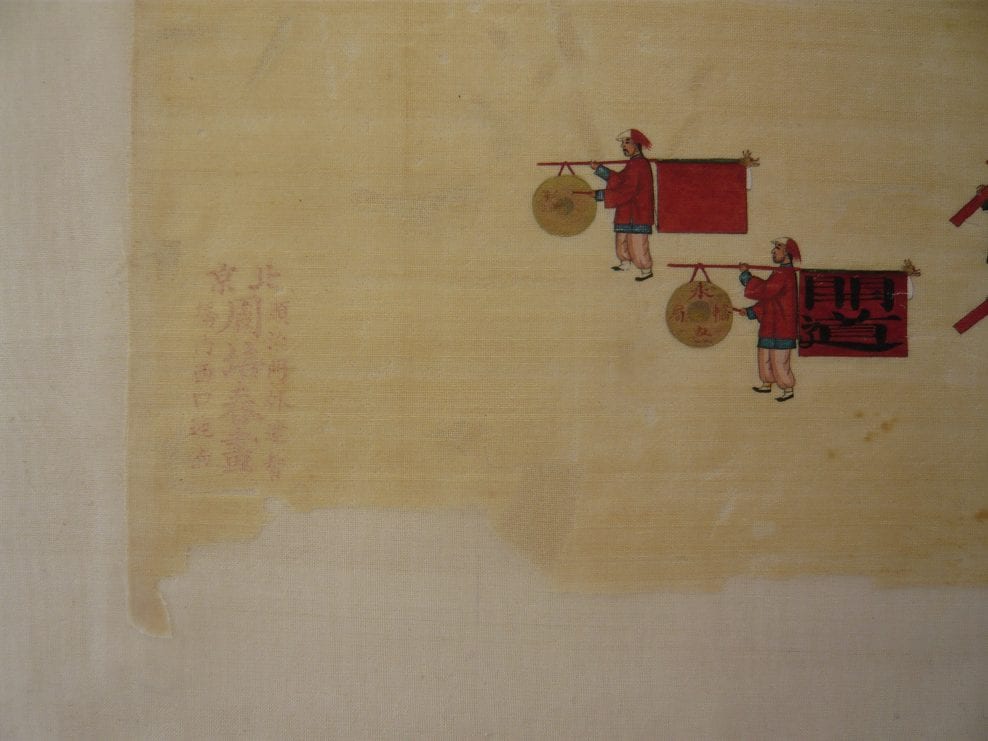 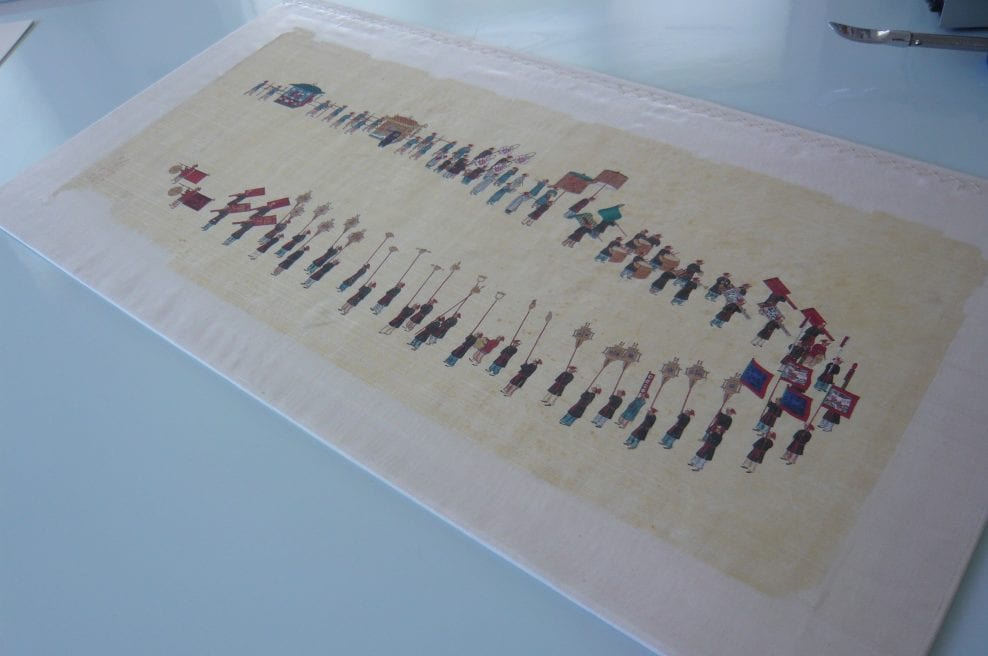 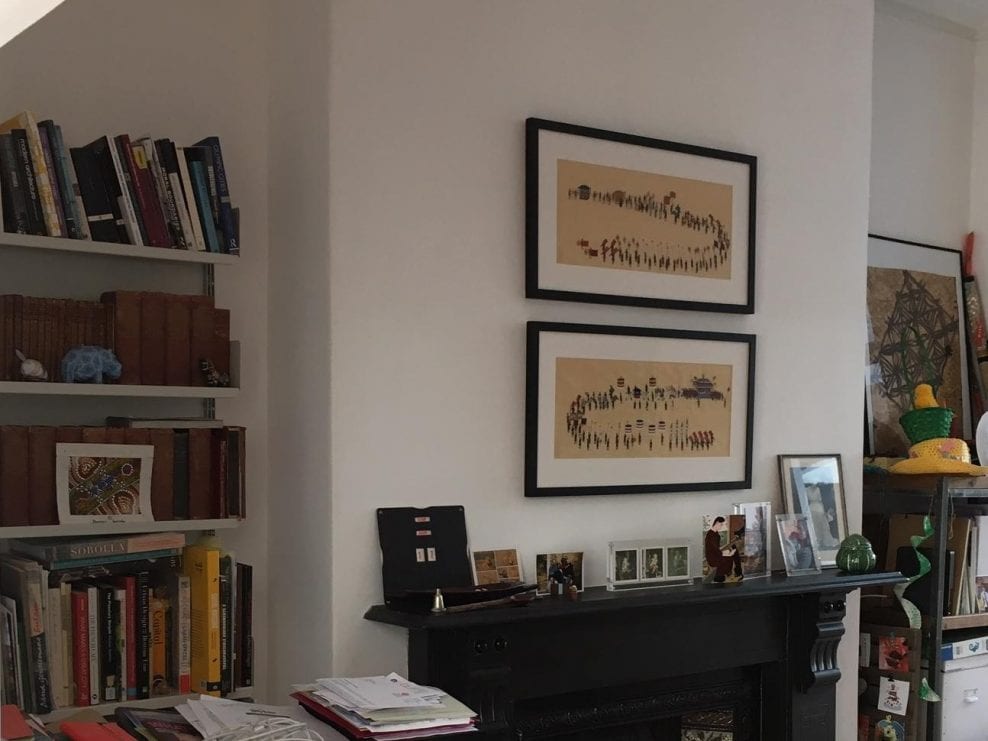 Treatment: I carefully lined the pictures onto a silk gauze, re-activating the adhesive with a warm iron. This held the silk together but also helped to gently flatten out the silk which had become distorted due to the media. Missing areas that would be seen once mounted and framed were repaired using toned Japanese tissue. The lining silk was then attached to a padded board which could then be mounted and framed.

My client was delighted with the results and the day she collected them from me emailed a photo of the pictures hanging proudly in her office. She was delighted!