The Conservation of William 6th Duke of Portland, by John Singer Sargent

William 6th Duke of Portland, by John Singer Sargent came into the studio for conservation treatment prior to going on exhibition.

Treatments undertaken included the removal significant layers of surface dirt and discoloured and oxidised varnish. The filling and retouching of large and disfiguring drying cracks. Some minor structural treatments and the addition of stretcher bar inserts.

Condition of the Portrait Prior to Treatment

When the painting arrived at the studio it was covered in a significant layer of dust and sooty particulate dirt. Below this were several layers of oxidised and discoloured natural resin varnish. The overall effect of these upper layers made the painting appear dull and lifeless and obscured much of the finer detail in the already quite dark portrait.

One of the paintings more significant aesthetic issues was the large network of drying cracks that had developed across the surface, these were particularly severe throughout the Duke’s clothing. The cracks were extremely visually disturbing as they flattened the image by cutting through both the central figure of the Duke and the background, bringing them into the same plane and confusing the spacial modeling.

Structurally the painting was in a reasonable condition. It was executed on a fine and tightly woven linen canvas. There were no tears or damages, however, the tacks along the top edge had begun to break through the tacking margins, causing a loss in tension across the canvas. Due possibly in part to this loss in tension stretcher bar marks had become evident in the paint surface. Other vertical marks in the paint surface looked to have been caused by something having scored the canvas from behind. The original stretcher was in very good condition. 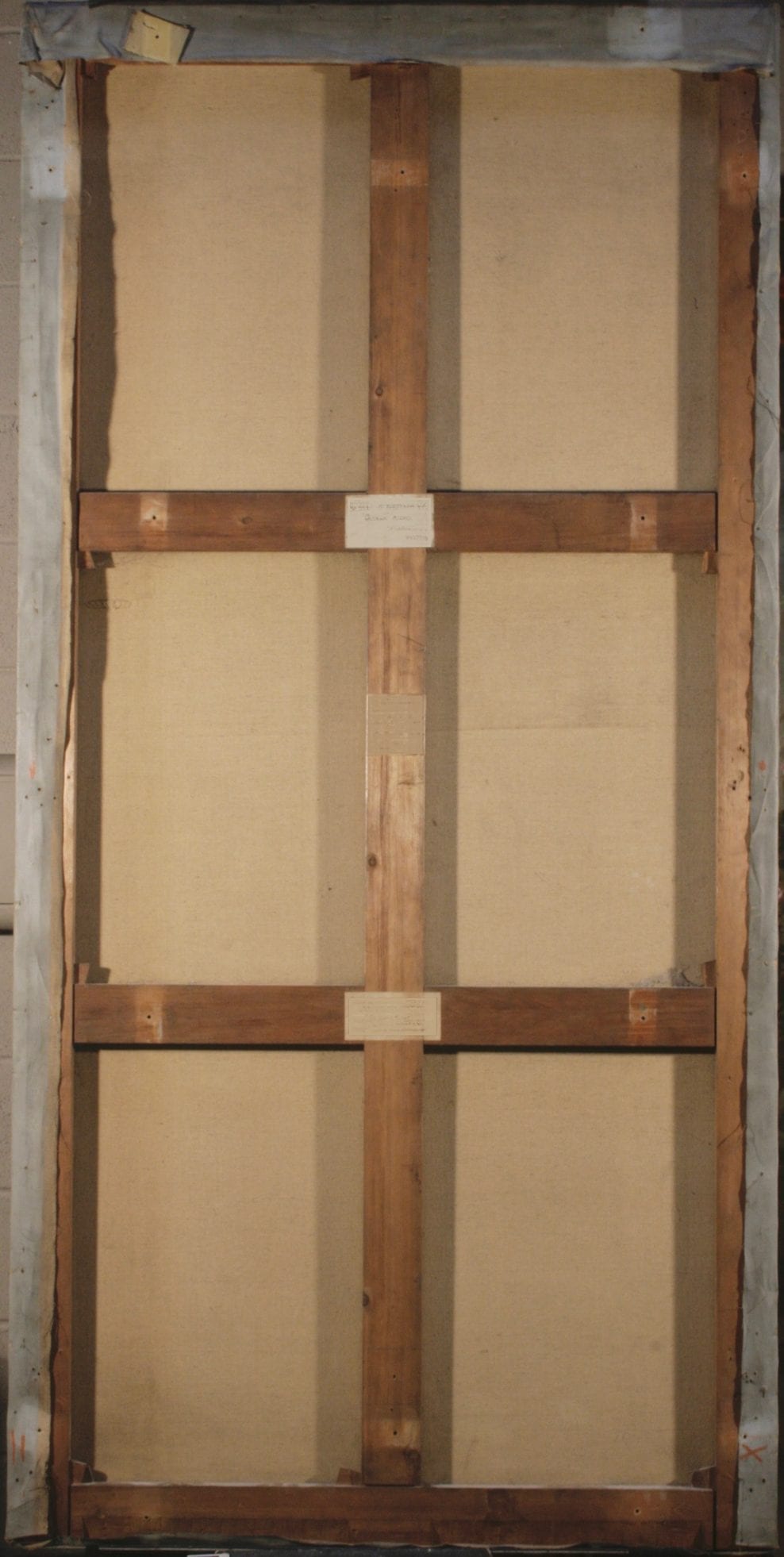 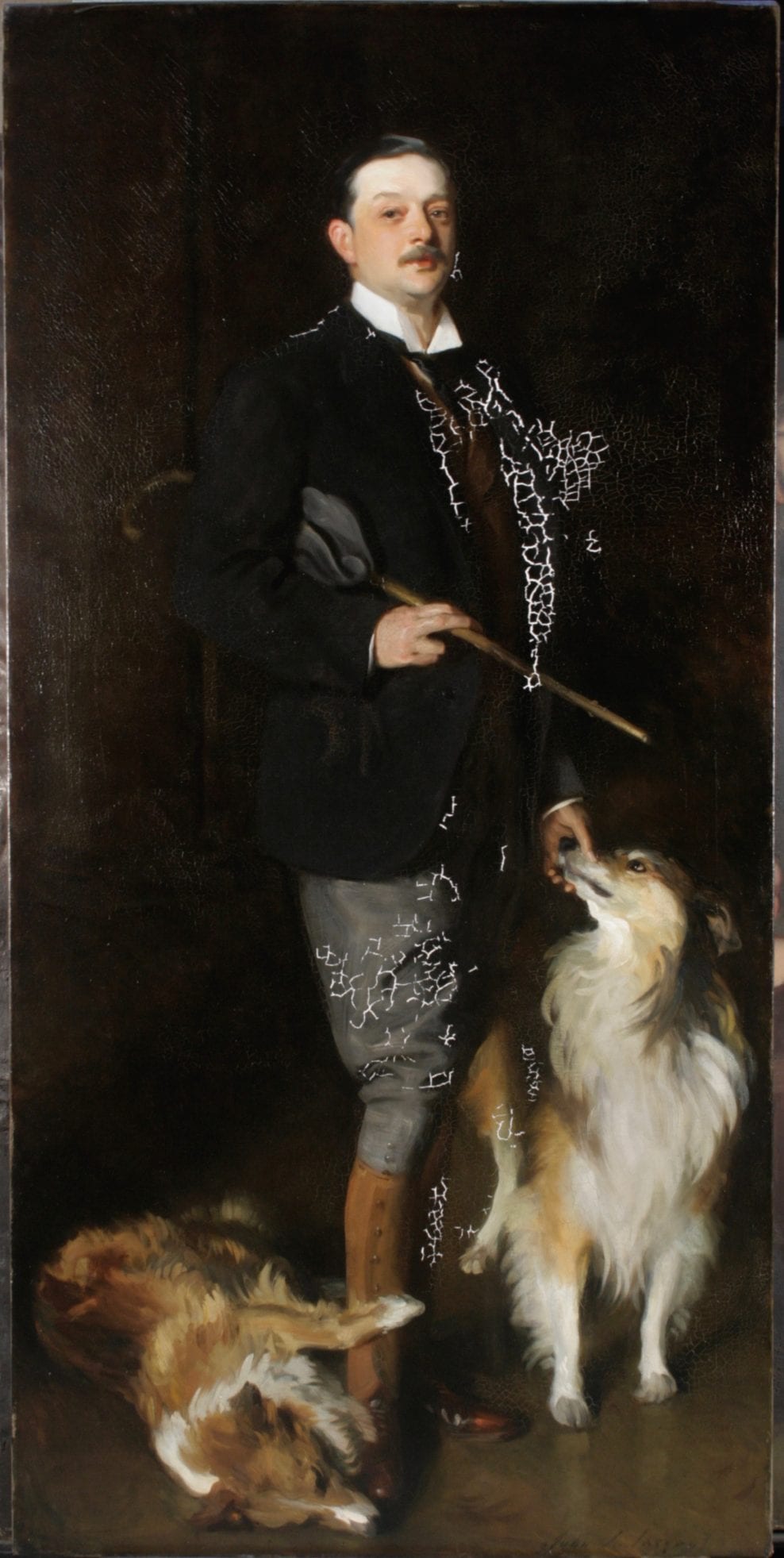 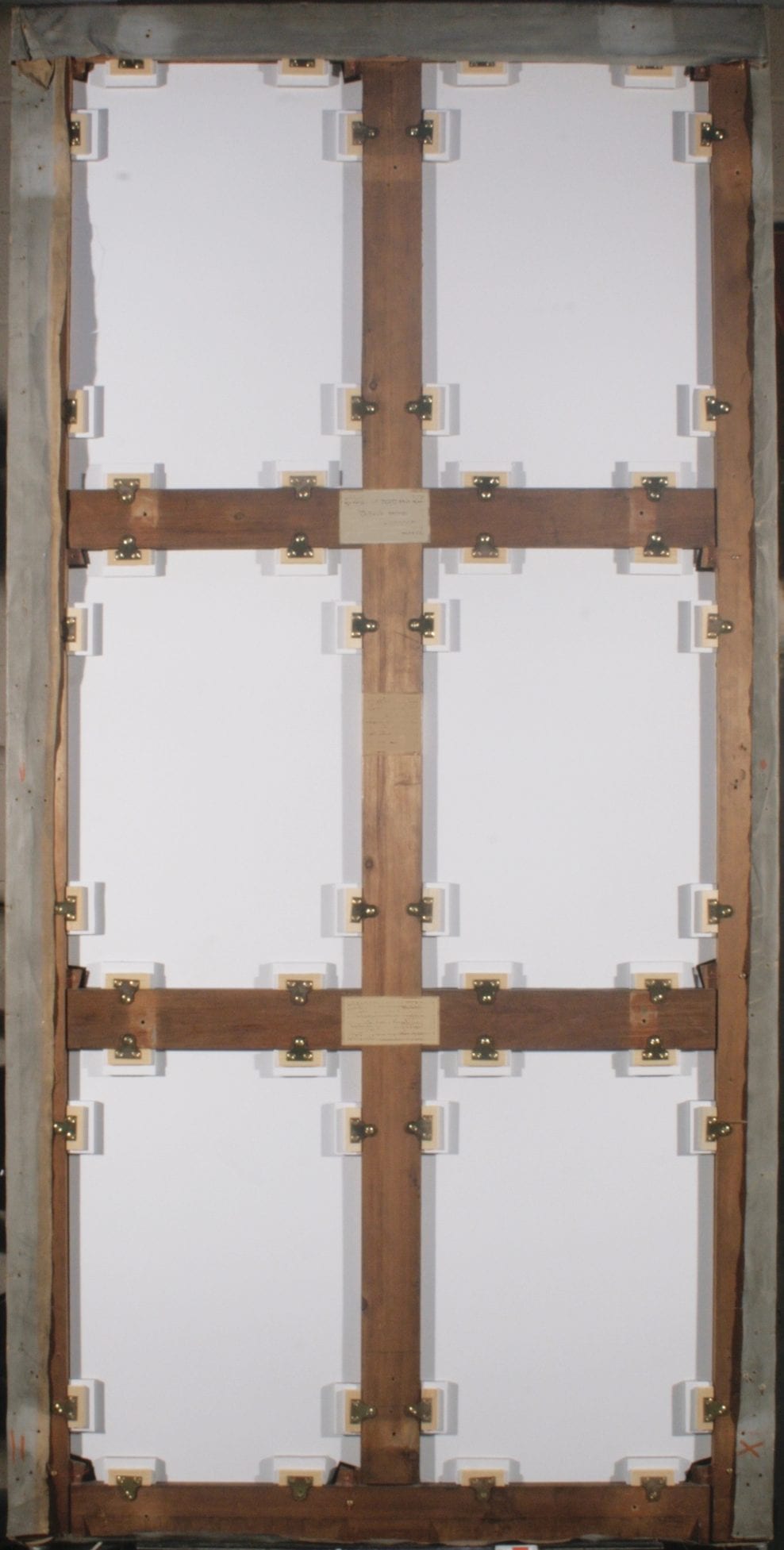 A significant amount of dirt, dust and debris was removed from the reverse of the canvas and behind the lower stretcher bar member using a stiff brush and low vacuum suction. A soft brush was used on the painting surface and an aqueous cleaning solution was then used to lift as much of the surface dirt as possible.

The oxidised and discoloured varnish layers were removed where possible using tailored solvent solutions. In areas where sensitivity of the original was determined, the varnish layers were thinned as far as it was deemed safe to do so. The removal of these discoloured layers revealed many subtleties of tone and modeling and a much livelier colour palette that had previously been obscured.

In order to re-tension the painting, the top edge tacking margin was secured using new tacks with card collars. This meant that the painting could be tapped out slightly without the tacking margin failing along that top edge. Some moisture treatments were also undertaken to reduce the stretcher bar and vertical score marks. In order to provide the large, unlined canvas with a greater level of protection against vibration during transit, environmental changes and possible accidental damage the stretcher was fitted with stretcher bar inserts.

An isolating layer of varnish was applied to the surface of the painting and the decision was made to fill the widest and most disturbing drying cracks with a chalk/gelatine fill material. This was done with the aim of achieving less disruption across the surface of the most central elements of the composition. Smaller drying cracks and those around the outer edges of the painting were not filled, as they were less distracting. The painting was then mimetically retouched using dry pigments in a synthetic resin to restore a more coherent image and regain a sense of depth. Final spray varnishes were applied to achieve the desired surface finish.