The Papal Bull was badly stretched in its frame, due to fluctuations and being adhered all the way round on a card mount.
Previous repairs were becoming distorted, with adhesive giving up.

The Tain Papal Bull was removed dry from the original mounts. Any adhesive residue left on the document was removed using a 3% methyl cellulose poultice.

A 5% gelatine adhesive was prepared, cooled and sieved through terylene and applied cold to adhere the new parchment to the document.

To enable this the document and parchment patch were humidified gently through. A polythene cover is placed over top so the document can still be viewed and hygrometer is put inside so the relative humidity can be read. Once the document is positioned & adhered in place the repair was left to dry between blotters and bondina. Once dry the repairs were trimmed.

The document was then humidified again, once humidified the document and repair were dried under tension using elastic bands and bull dog clips; with blotting paper used to protect the document from the clips. The document is left to dry this way which allows the parchment to keep its character.

A mount has been made which has enabled the parchment to be kept tensioned using Gampi paper twisted with the tips pasted and adhered on the mount and document.

Plastizote foam has been cut to support the seal and the document and a custom made folder has been made to house the Tain Papal Bull. 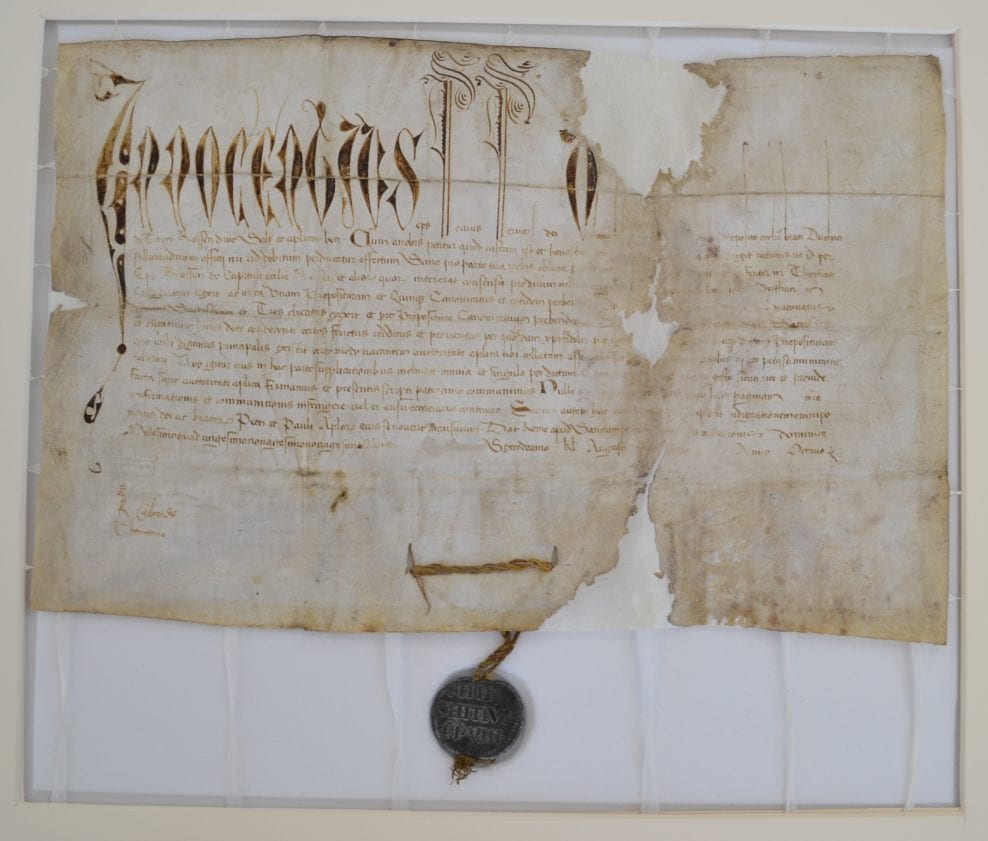 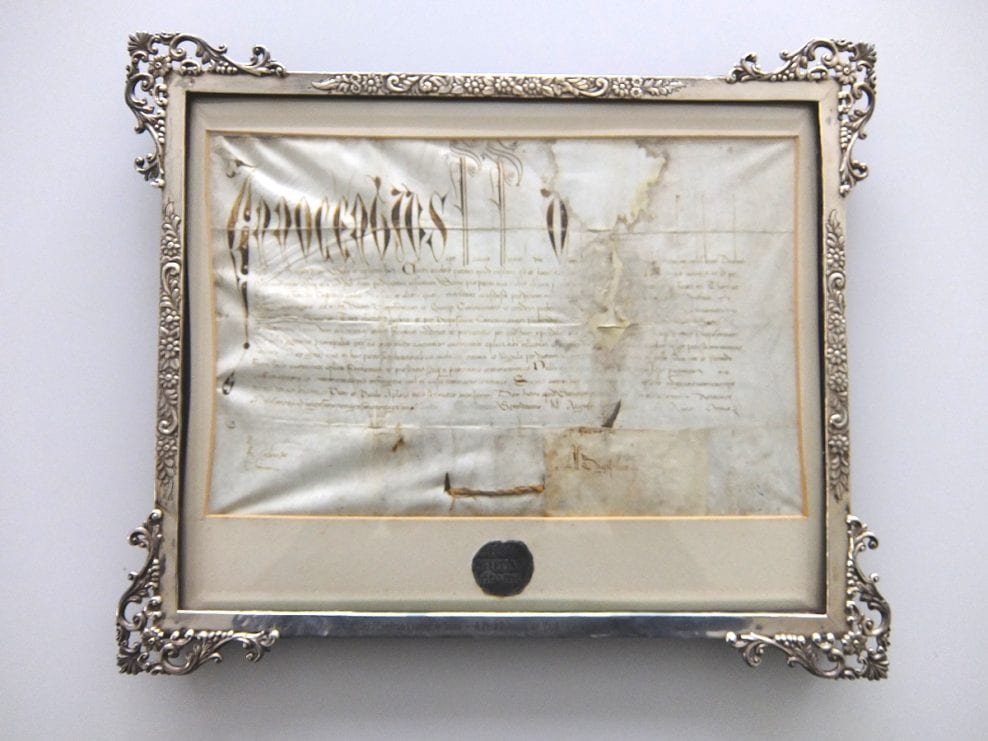 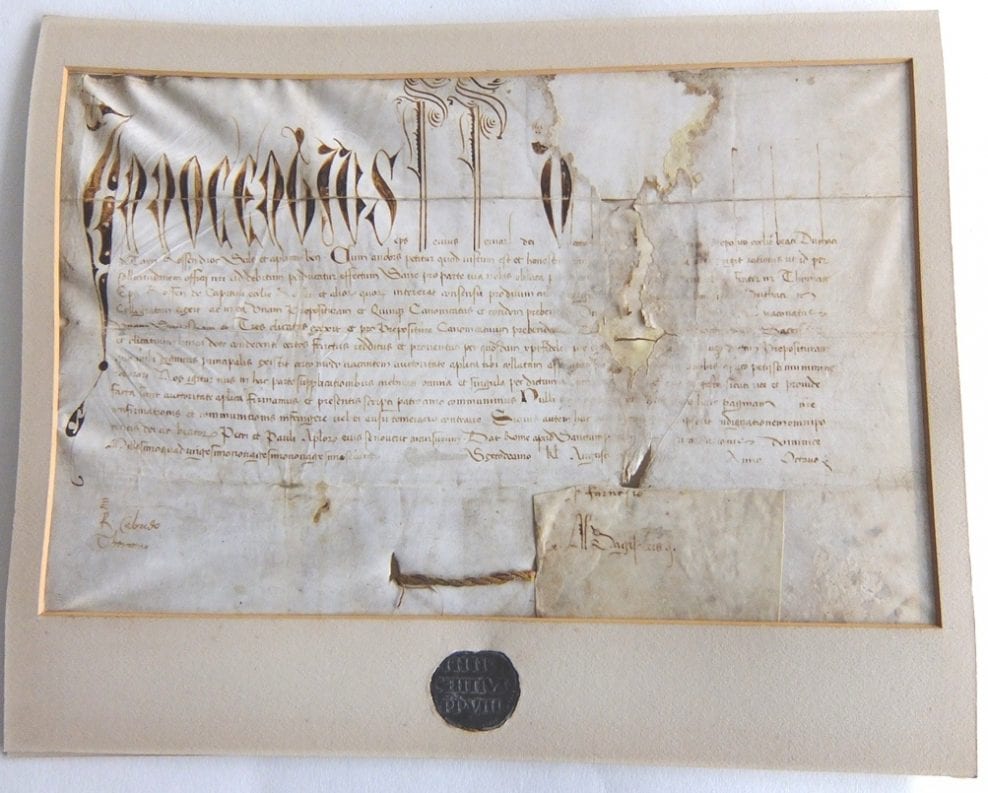 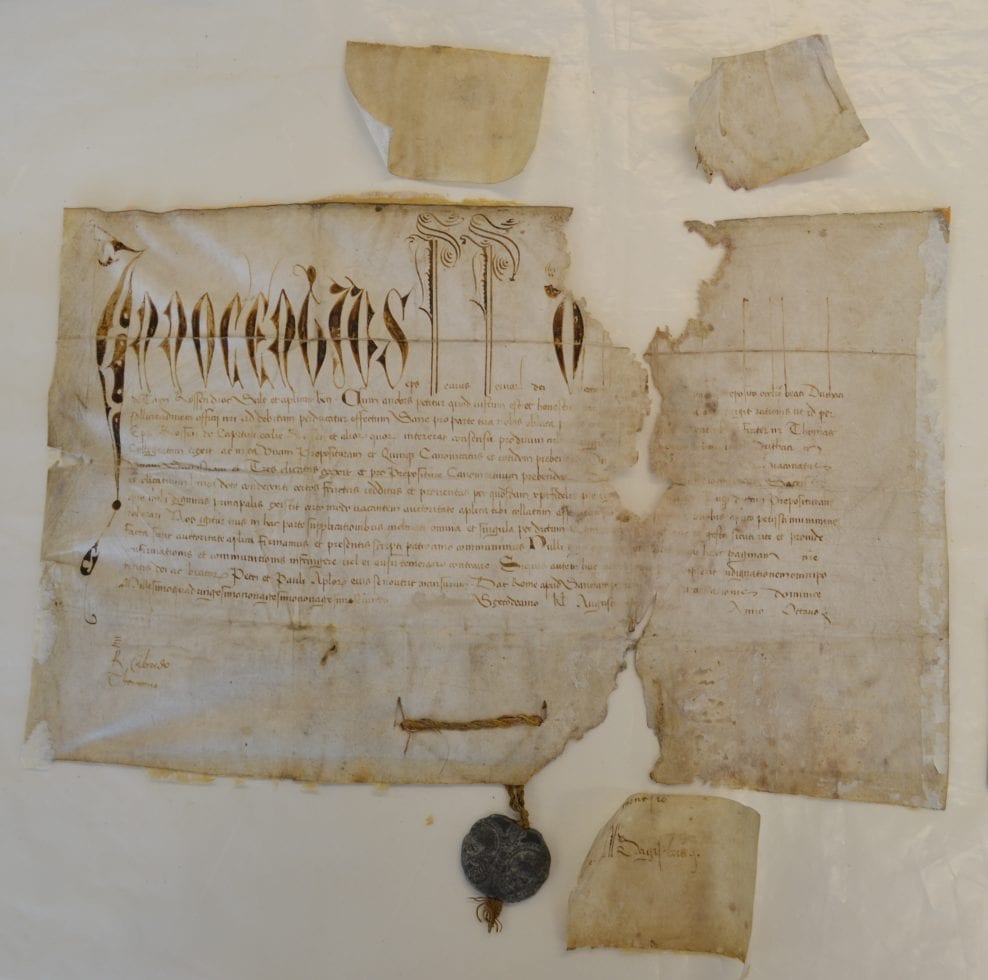 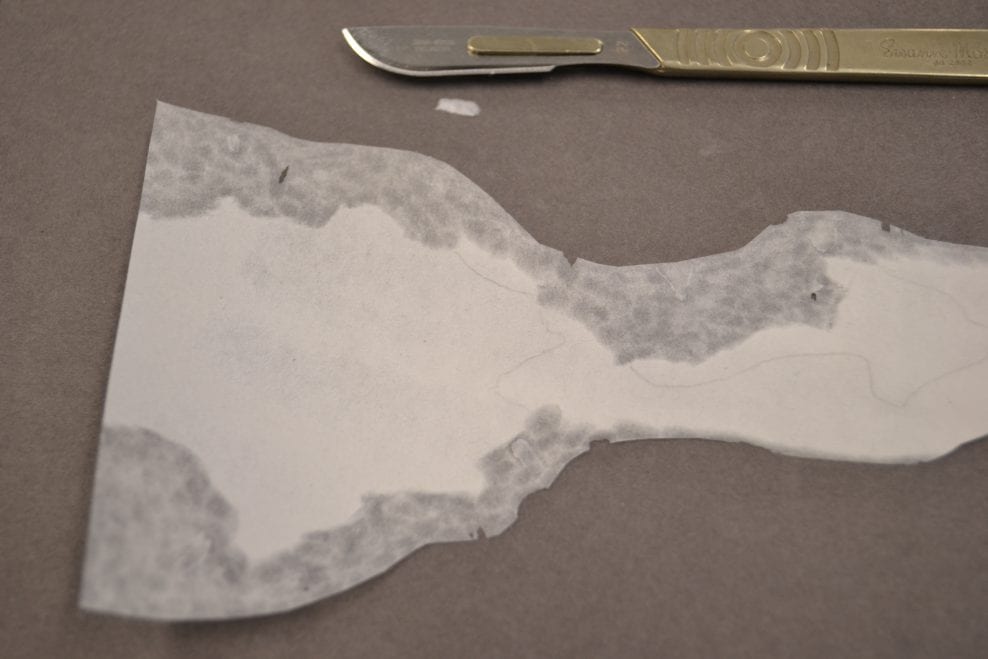 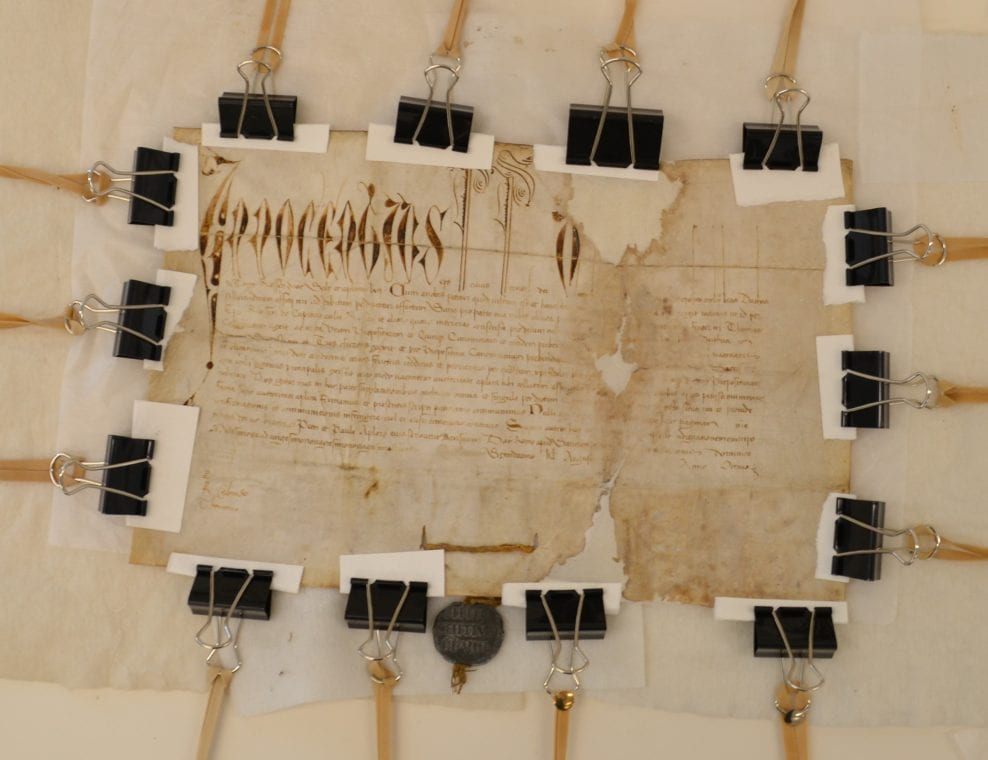 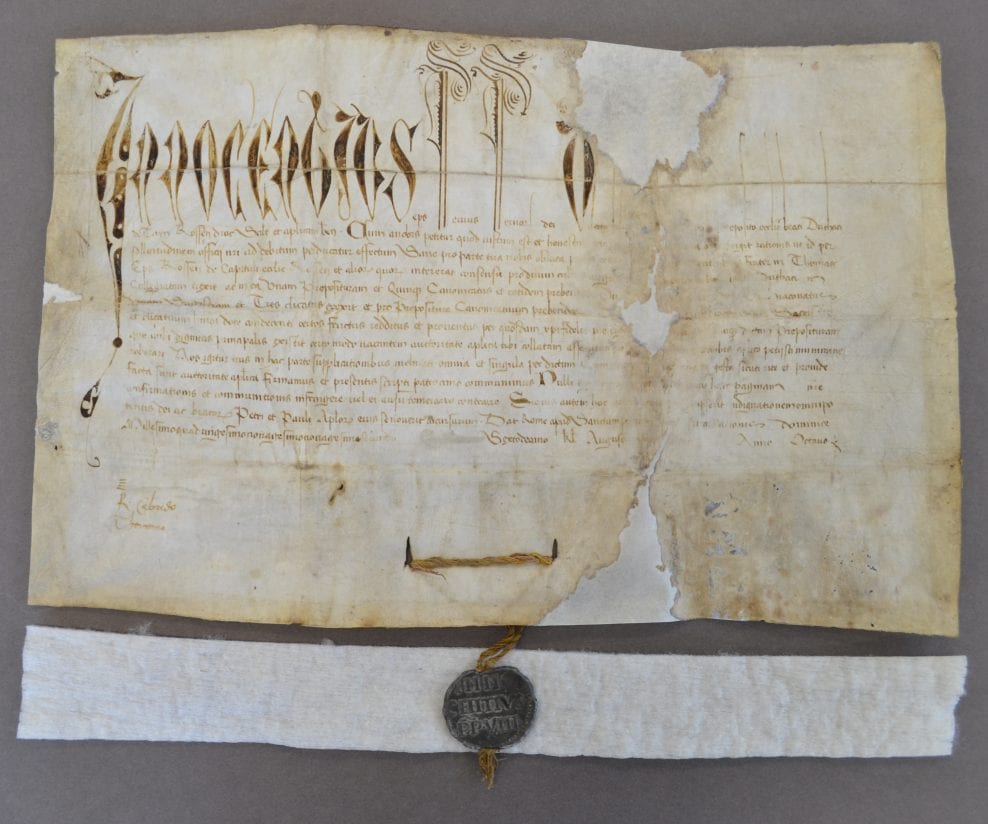