The Lady Matheson photo album is a casebinding with a blue cloth cover and black leather spine – inner wove paper pages.
The sewing is loose and the boards have broken away from the text block.
The photographs have oxidised, and most of the pages require repair – tears and losses through the volume.

As part of the project the photographs have been digitised and the volume restored.

The volume was initially cleaning using a latex spone, nitrile gloves and a goats hair brush.
Each page was collated ready for disbinding.

The repairs were carried out using Tengucho japanese tissue (5 gsm) and the infills with Hosokawa Japanese paper (40 gsm) and 3% CMC/14% Wheat starch paste.
Some pages also required new guards using Hosokawa Japanese paper (40 gsm).
*Each page was repaired over a light box and dried between bondina, blotting paper, boards and weights.
*One page was repaired with a 3% remoistenable tissue because there was Iron gal inks present.
Each page was individually trimmed using a scalpel and cutting mat.

The boards were split with a leather lifting knife.
*To allow linen to be inserted to re-attach the boards to the text block.

The text block was then sewn all-along on a sewing frame using hemp cords and linen thread.
*ready to re-attached the boards.
Then the spine was prepared using archival linen, lined with one layer of Mulberry paper (30 gsm) and two layers of Atsukuchi (57 gsm) Japanese paper and 3% CMC/14% Wheat starch paste.

The linen was inserted into the split boards with paste and pressed in the nipping press overnight.

Board corners were lifted using a pallette knife and consolidated using 3% CMC/14% Wheat starch paste. They were left to dry between bondina, blotting paper, boards and bull dog clips.
The leather was pared for the spine and corners using a paring knife and marble stone. It was left to soak in paste for one hour and a half before attaching to the volume. 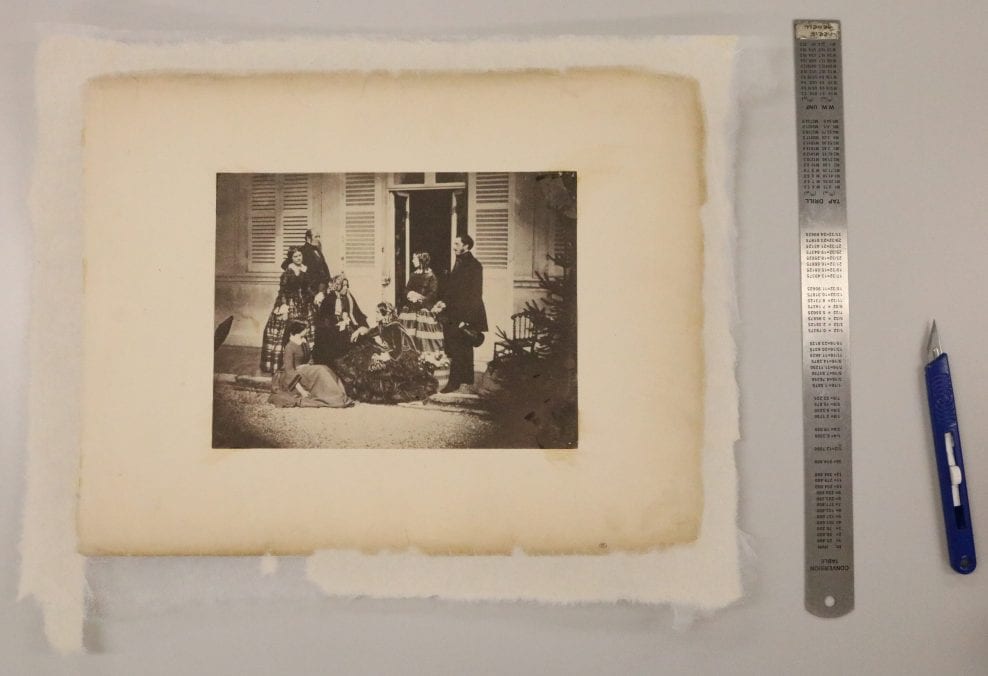 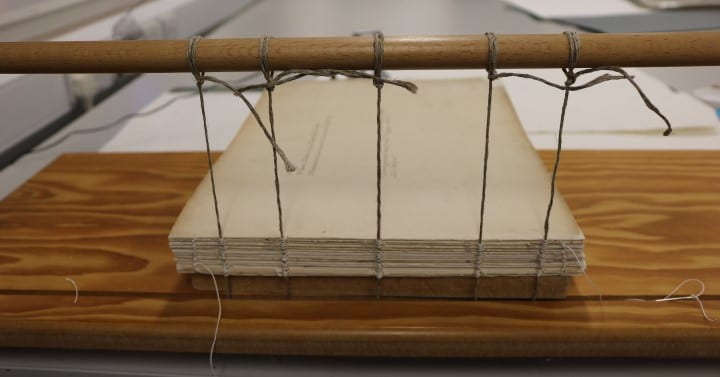 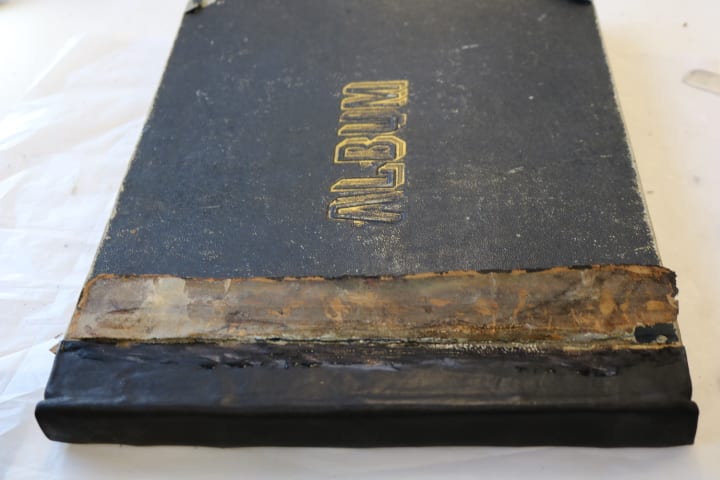 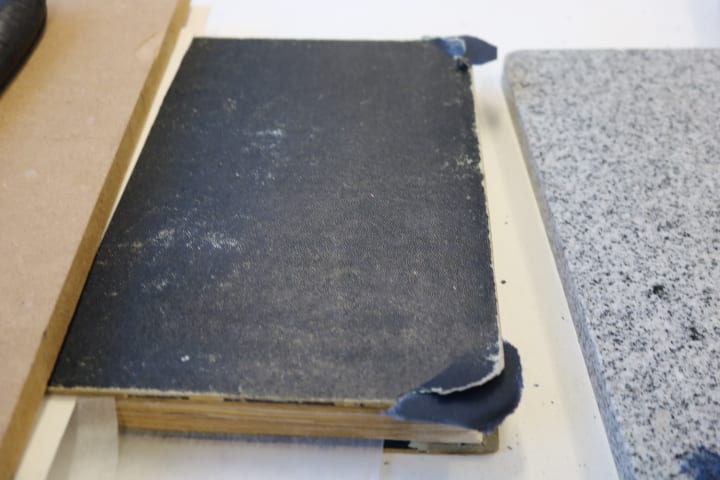 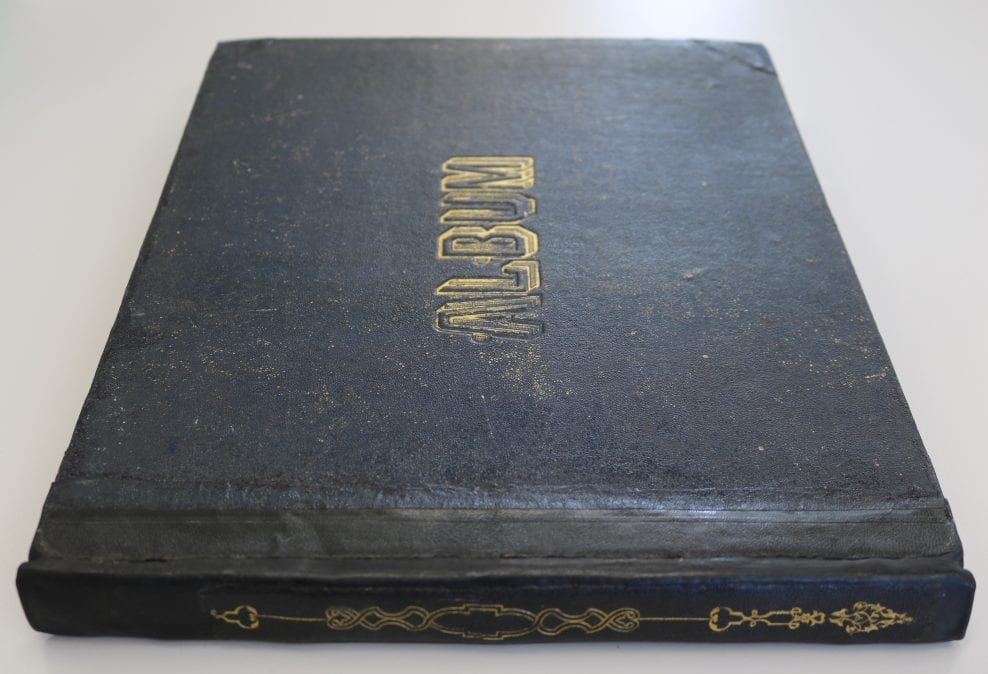 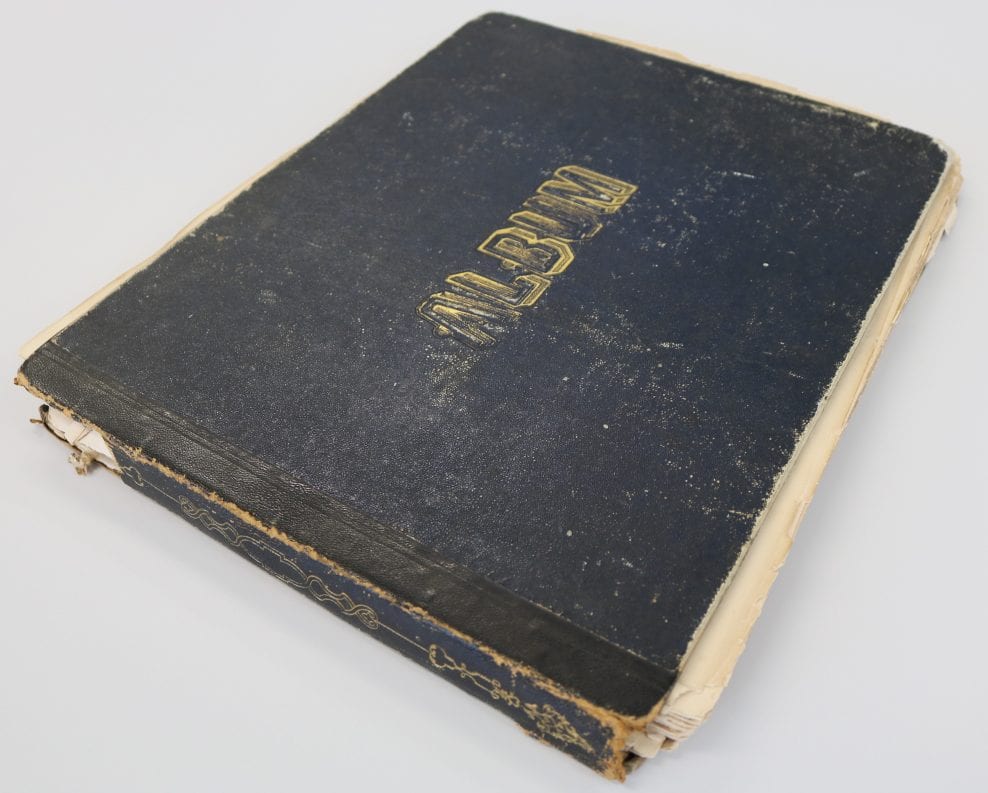