The collection of Llanelli Ceramics at Parc Howard form the principal Public Collection; while there are examples of Llanelli pottery and porcelain in the collections of the National Museums of Wales, Cardiff, Swansea Museum, The Glynn Vivian Art Gallery, Swansea and Aberystwyth Arts Centre’s collections, Parc Howard houses the largest collection and variety of wares, and as such is of National and local importance.
The production at Llanelli was principally earthenware, but there was a short period of porcelain production in the form of lithophanes.

Following the survey, finance was secured to enable the treatment of those ceramics most in need. The treatments took place over a period of just over a year.

A LLANELLI  LITHOPHANE  USED AS FIRESCREEN.

The circular. lithophane was moulded with “Night” after Bertel Thorvaldsen (1770-1844), a Danish sculptor., and mounted in a tin plate frame, on a turned and carved mahogany handle.

The lithophane had surface dirt and dust and was broken into six pieces,; there were attendant chips and losses. 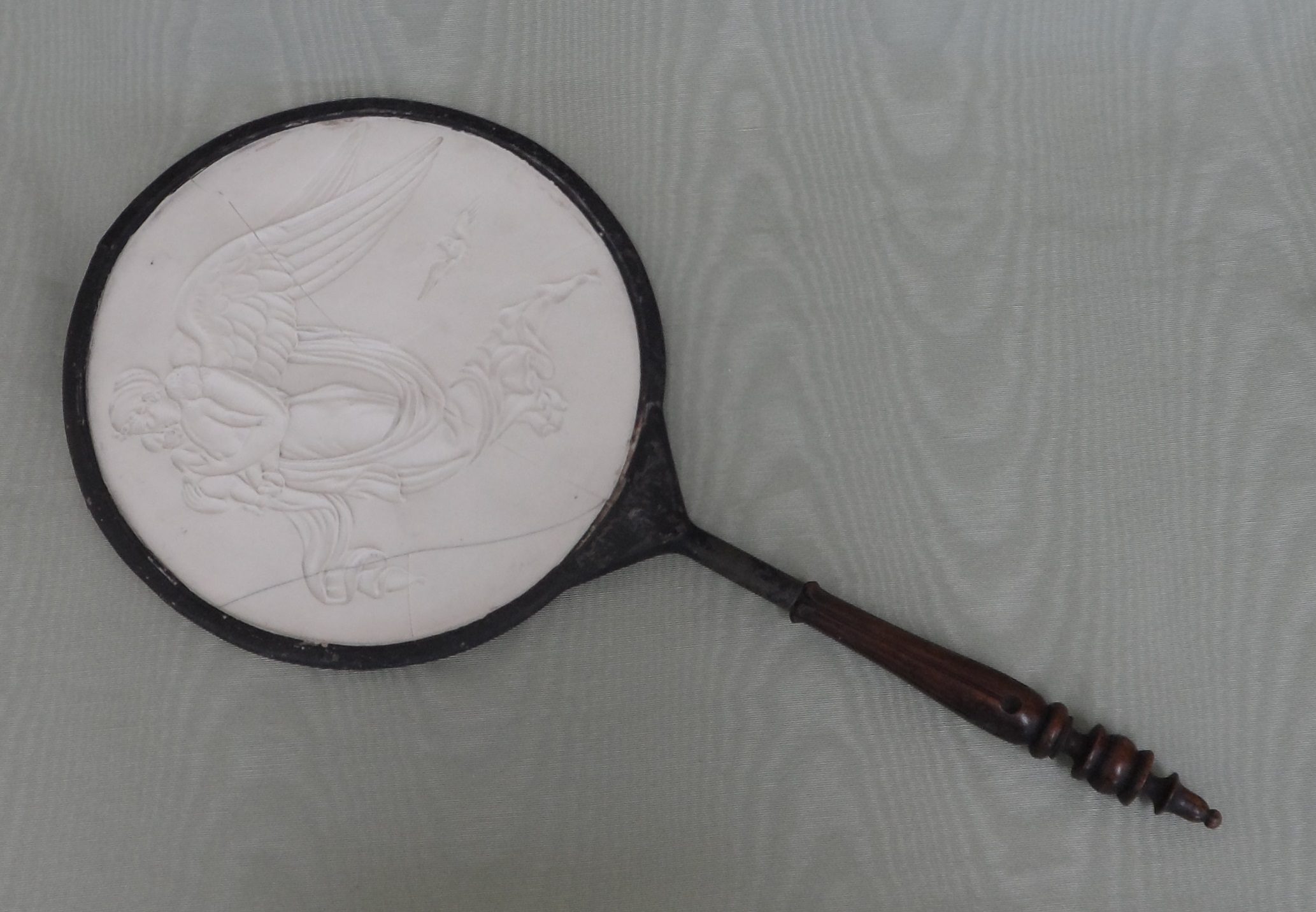 The lithophane was dry brushed to remove any surface dirt.

In order to treat the Lithophane it was necessary to remove it from its frame.

The plaque, and consequently the shard edges had been bedded in plaster of Paris, within the frame; they had also been painted with black paint around the edges. 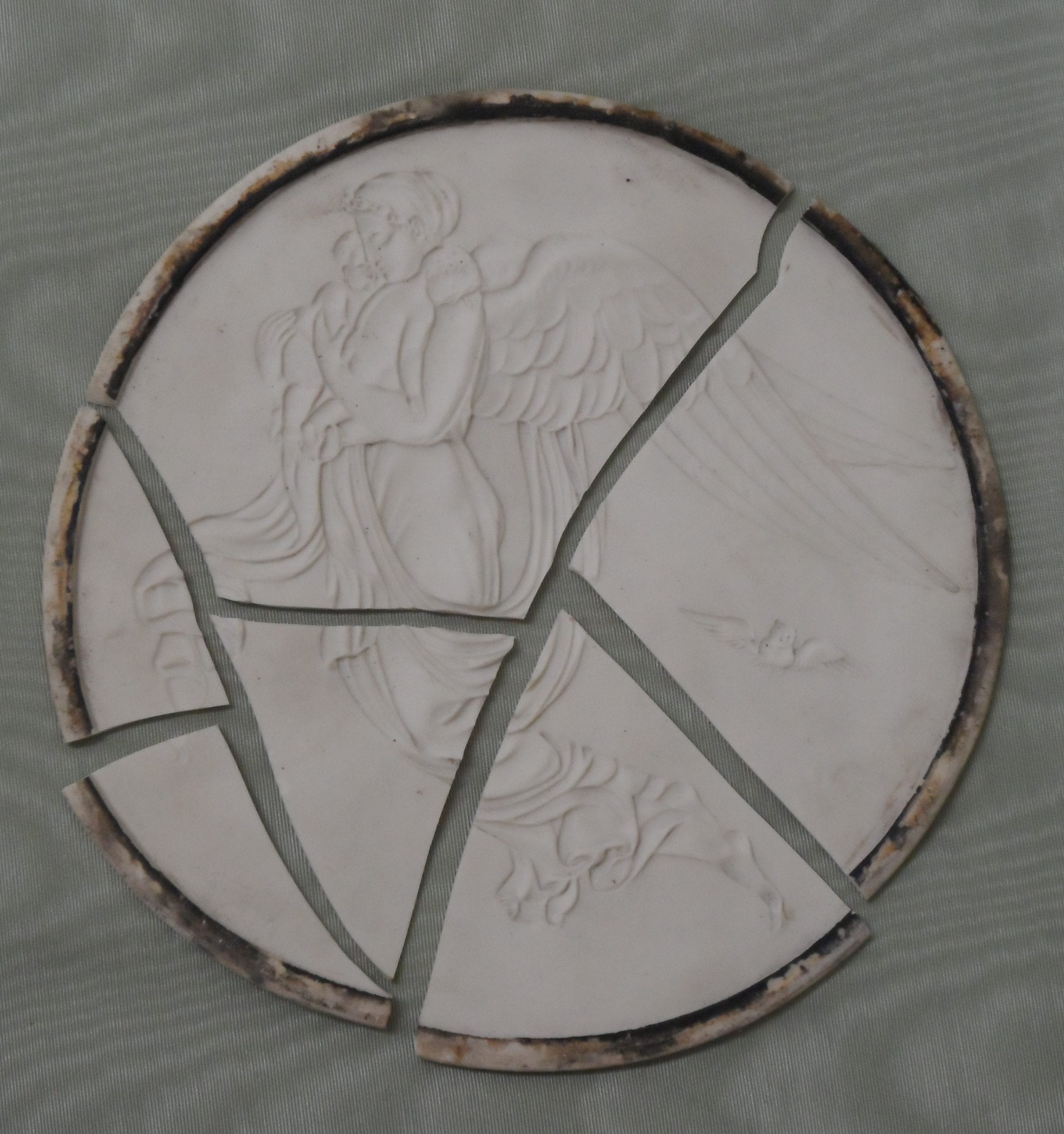 These residues were removed mechanically and chemically, to prevent contamination of treatments at a later stage. 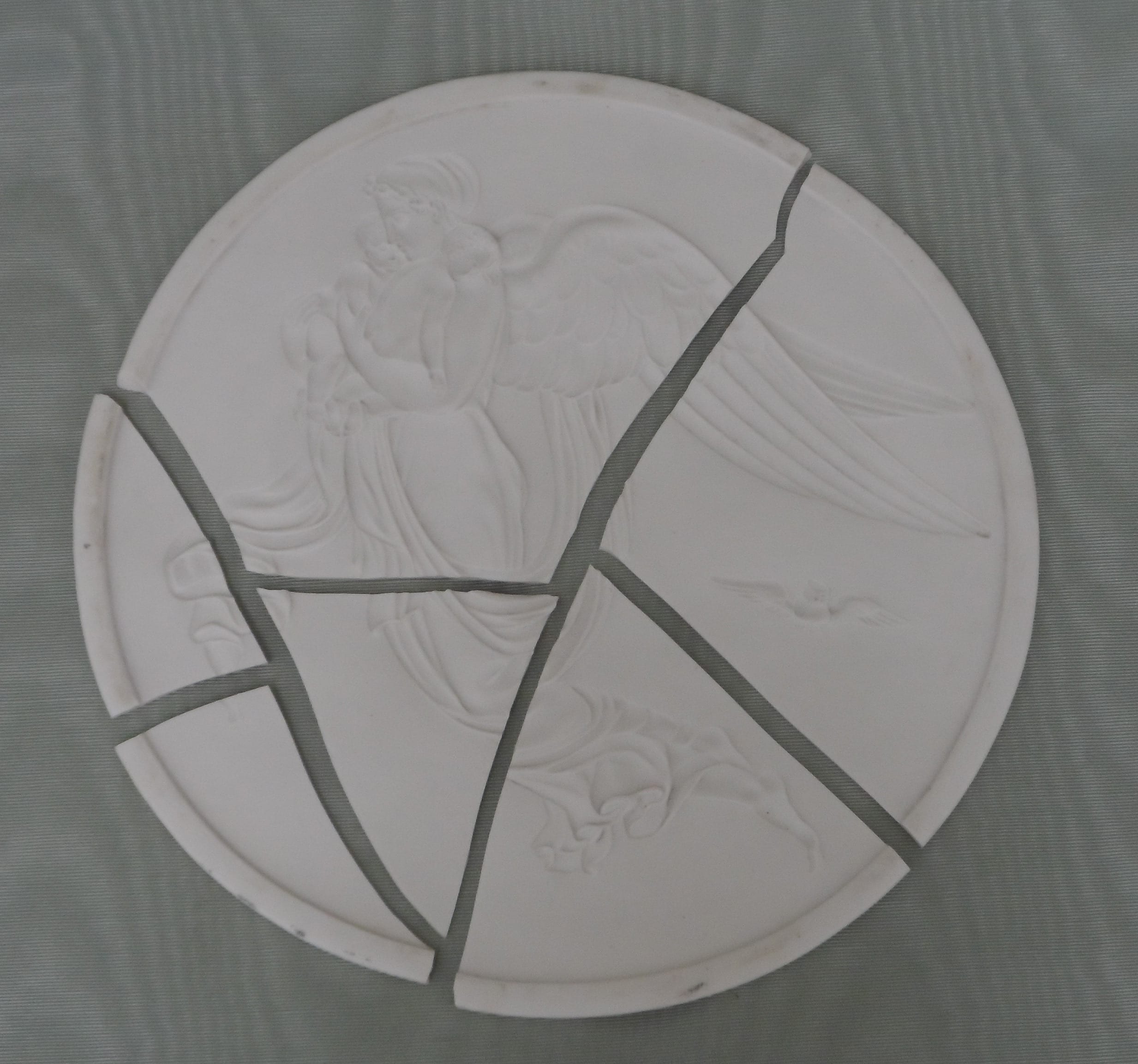 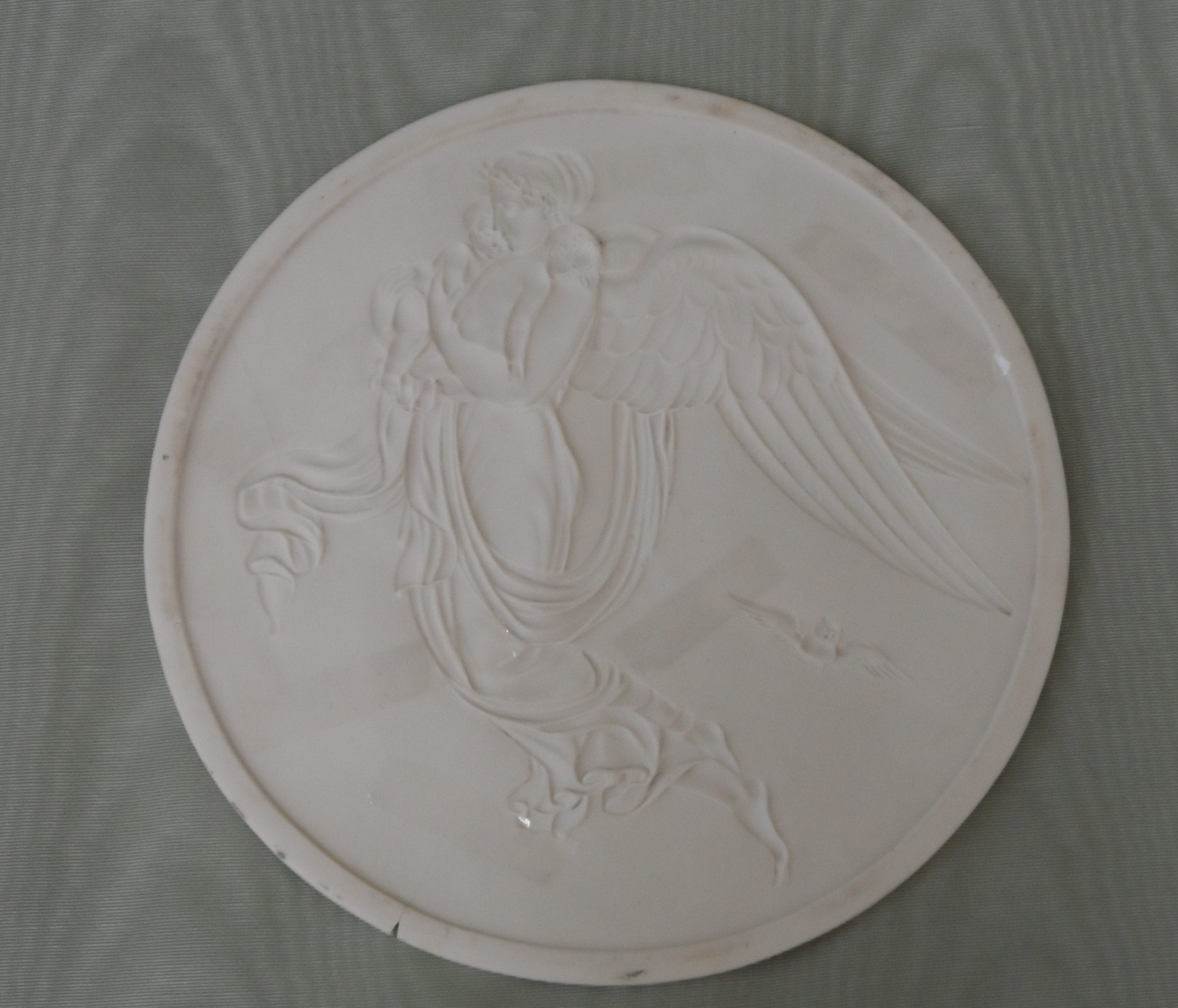 The cleaned sections were taped into their correct postions, and bonding was carried out with a low-viscosity resined which was applied using capillary action.

There were some minute losses from the fabric of the plaque which meant that even a tight join did not exclude light but allowed it to pass through uninterrupted. In order to get around this a small quantity of fumed silica and zinc white were mixed into the bonding medium.

Larger losses were filled with the same resin bulked with fumed silica and artists’ dry ground pigments. It was necessary to ensure that all pigments used were translucent rather than opaque.

The fills were fettled with scalpels and  micro-mesh cloths 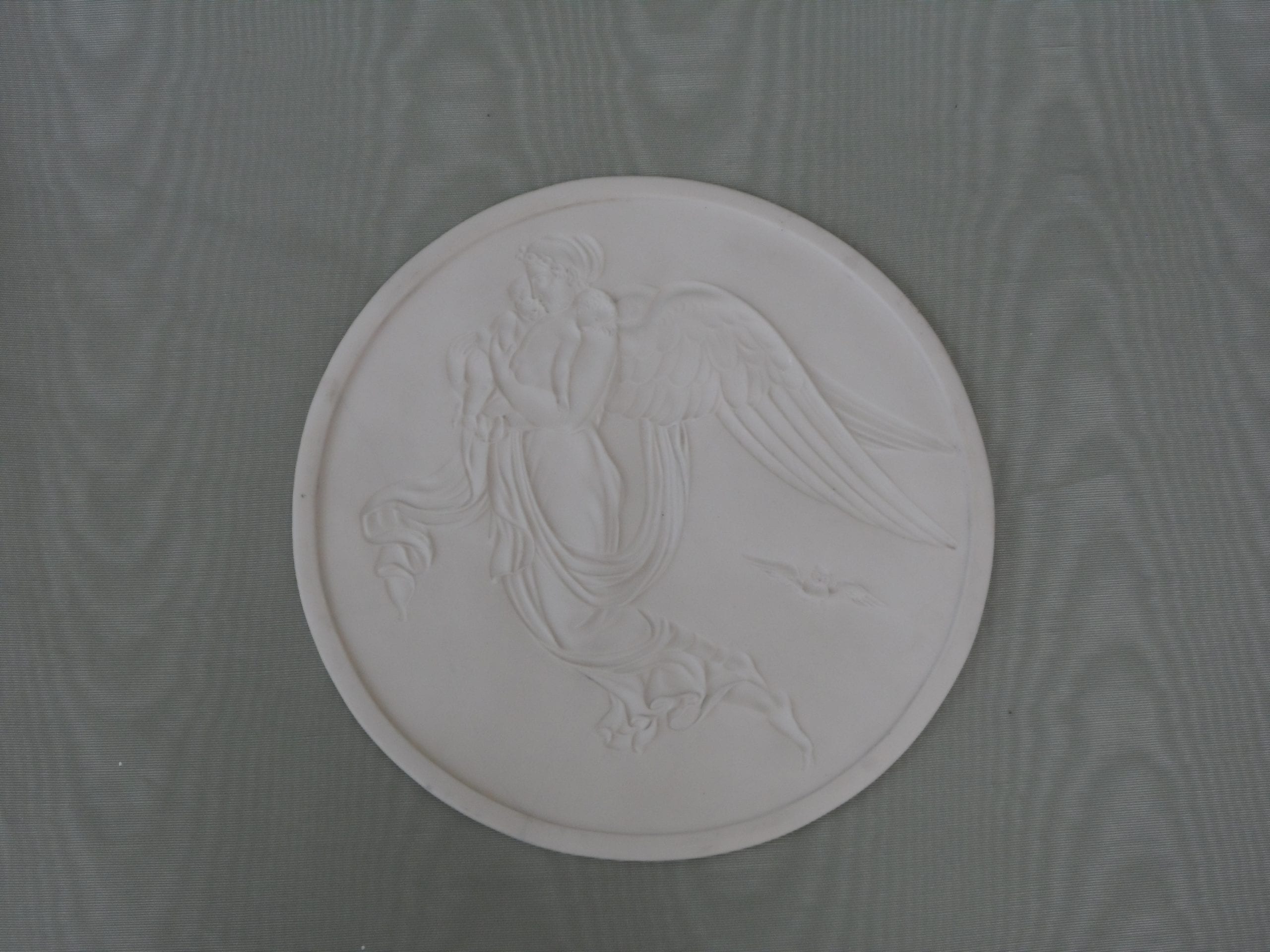 The lithophane after filling and fettling

One area was still transmitting too much light, so a fine line of opaque pigment + Acrylic ceramic glaze was painted along it. To reduce this effect.

The lithophane was  reseated within in it’s frame. 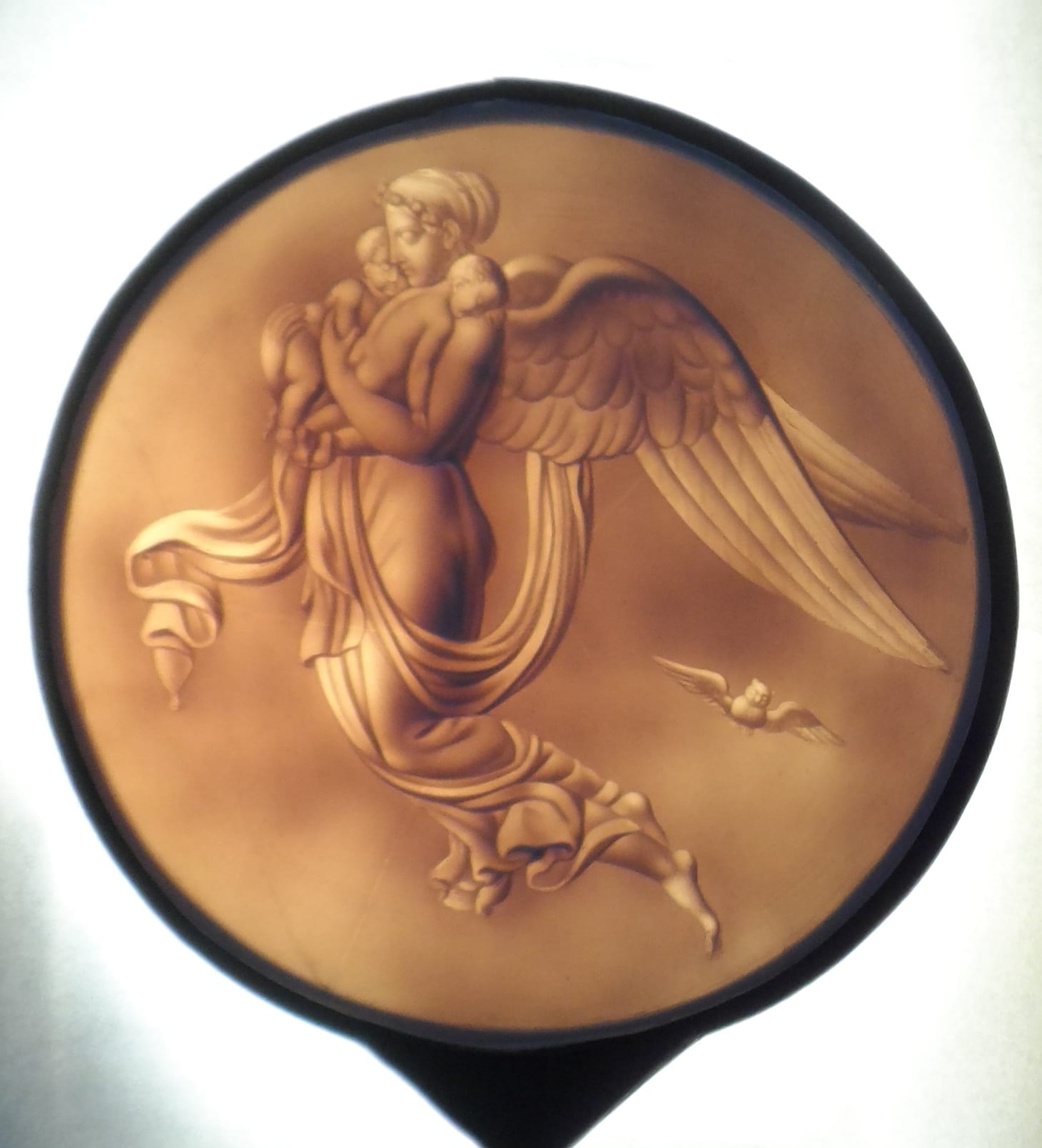 The treated lithophane illuminated from behind. 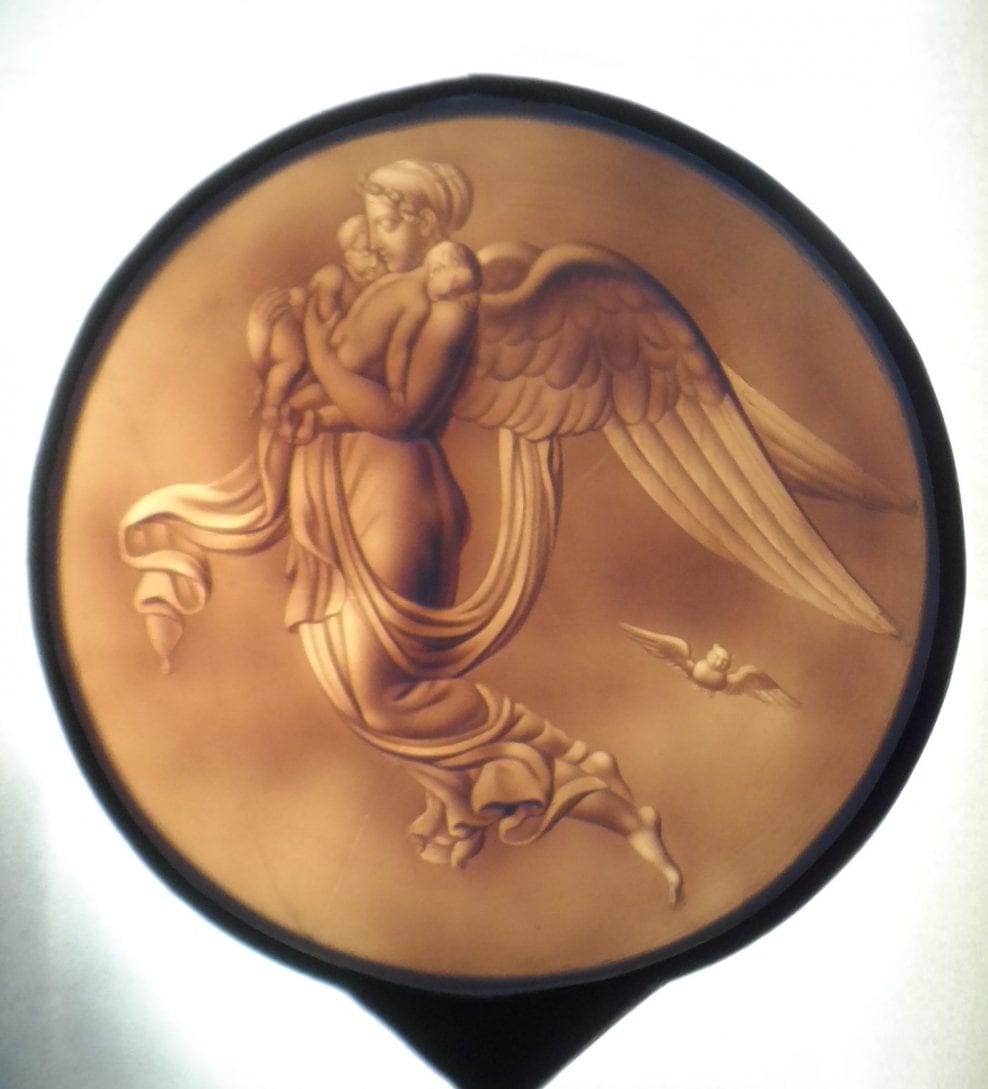