As part of 500-year anniversary celebrations at St Machar’s Cathedral Church (Old Aberdeen), Scottish Wall Paintings Conservators were invited to carry out conservation treatment on 48 heraldic shields and other painted elements of the oak ceiling. The ceiling decoration was commissioned in 1520 by Bishop Gavin Dunbar, whose shield can be found in the central ‘church’ line of the ceiling. St Machar’s heraldry is unique – located in the extremities of Christendom, and despite being a Protestant church since 1560, the heraldic arms of the Pope still survives on the ceiling. The shields are arranged in three lines – one for James V and the nobles of Scotland, one for the kings and queens of Europe, and a church line headed by the Pope.

The ceiling and accompanying frieze had been heavily restored and overpainted by the Victorians. More recently, they had been treated by Historic Scotland’s (now HES) conservators in1990. Over the past couple of decades a coating of white efflorescence had developed on the ceiling/frieze surfaces, and there was concern that this may be mold or fungus growth.

Prior to treatment, samples were taken from the ceiling for laboratory analysis at Lincoln Conservation. Once the nature and source of the efflorescence was identified, it was removed from historic surfaces using appropriate methods/materials and localised flaking paint was consolidated.

During the project a number of unexpected discoveries were made which have contributed to our understanding of the building’s history: 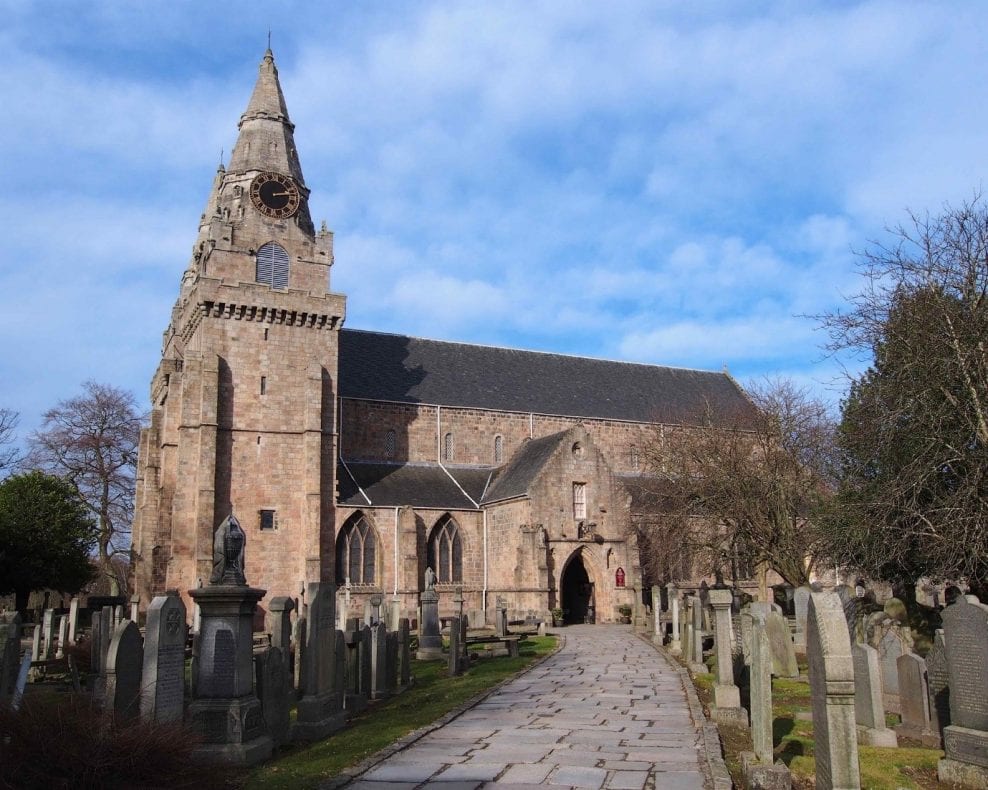 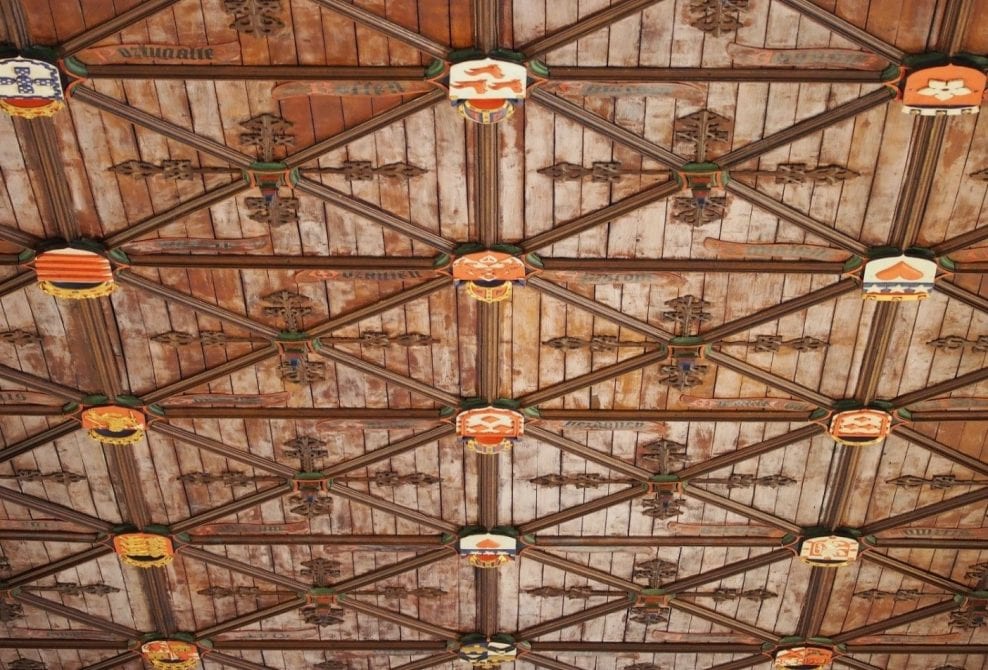 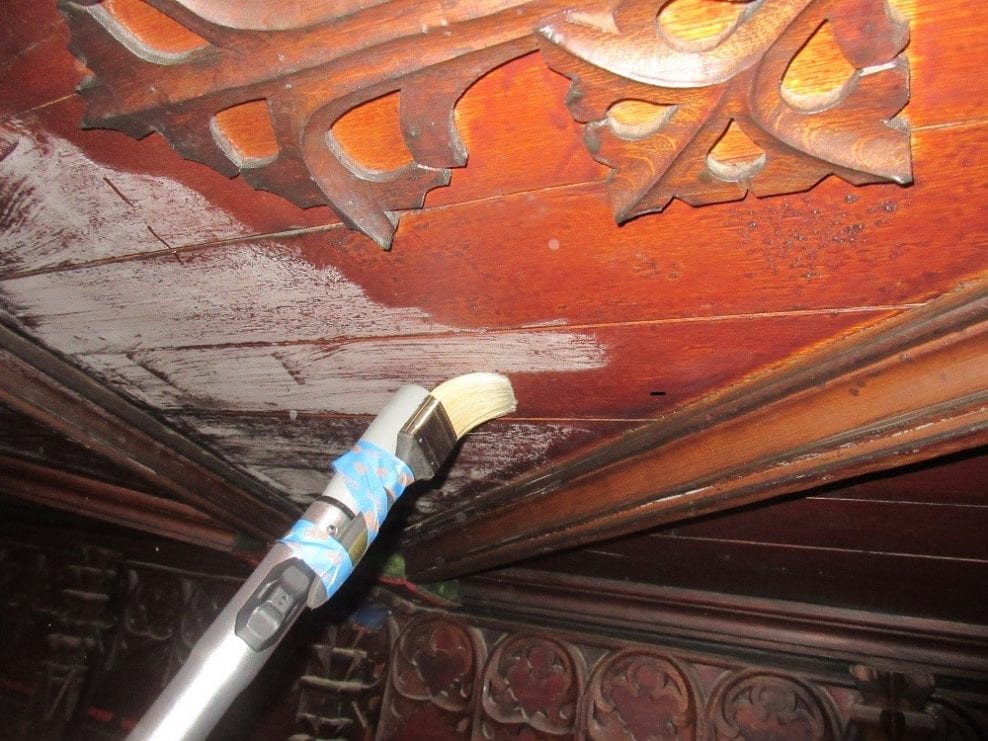 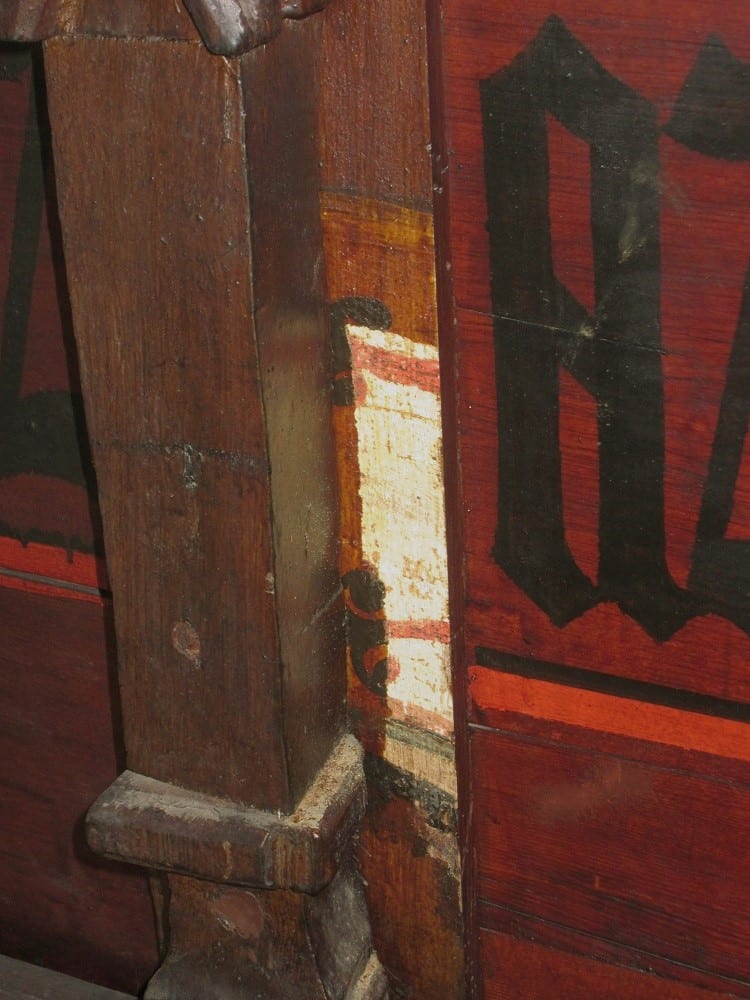 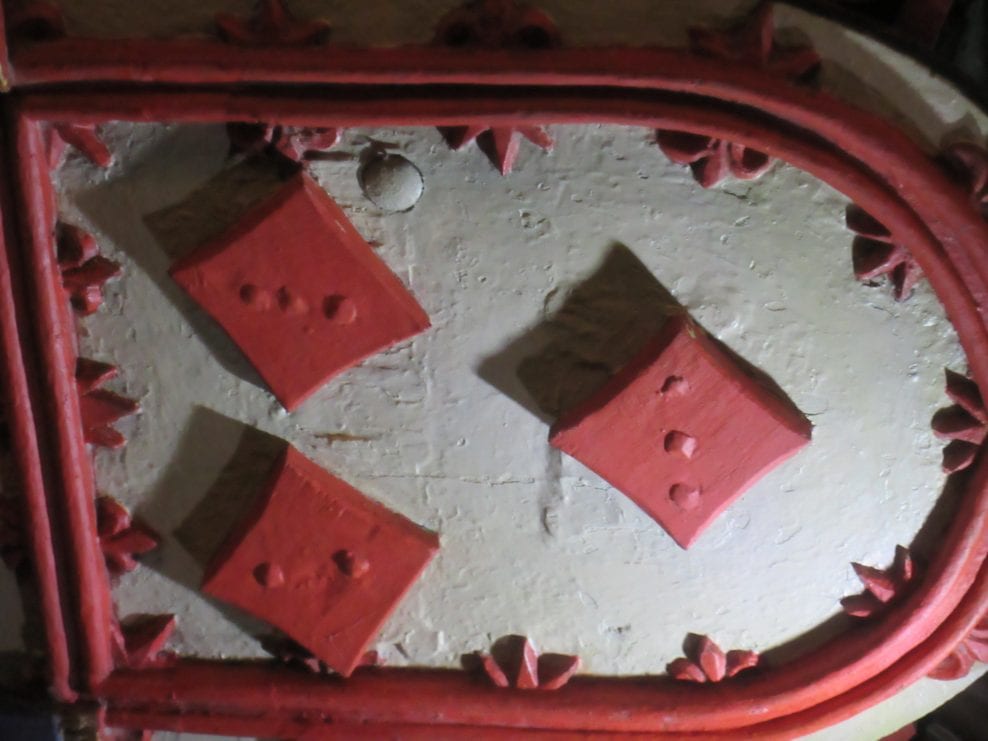 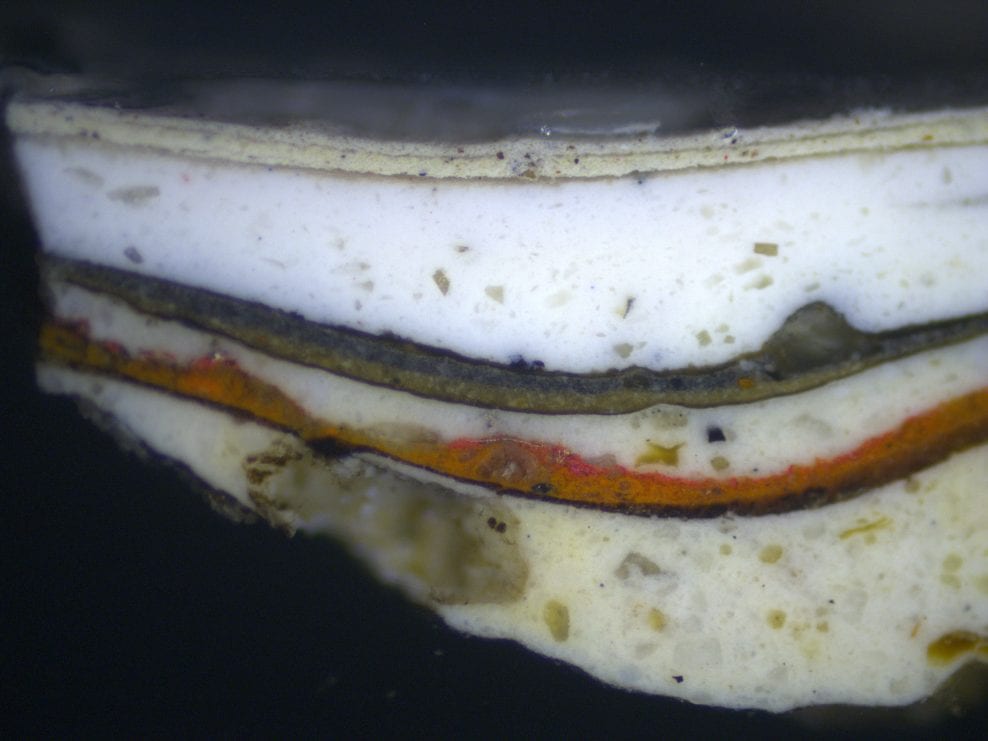 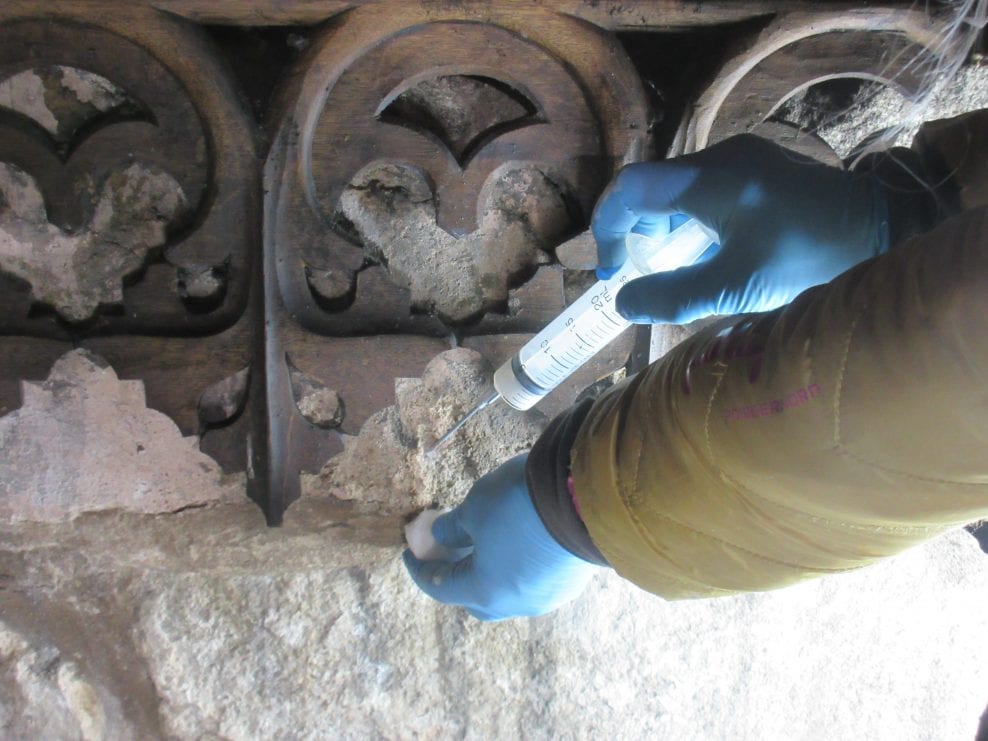 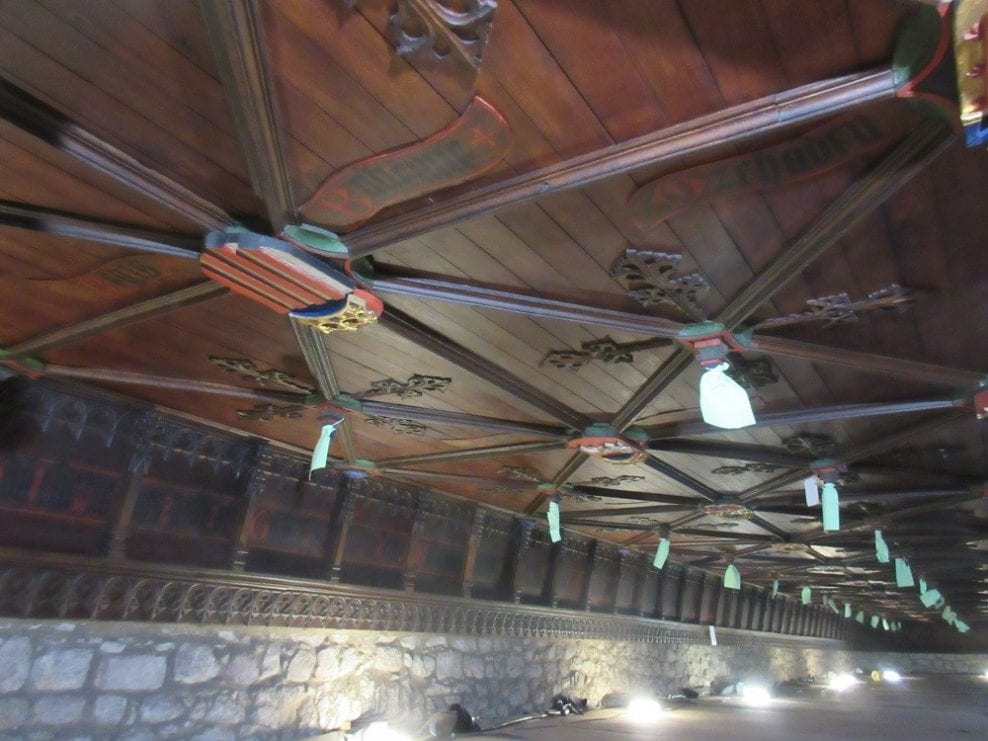