In 1598 King James VI and his wife Queen Anne of Denmark, along with Edinburgh Town Council, chose Riddle’s Court to hold two feasts in honour of a visit from Ulric Duke of Holstein (ambassador for the Holy Roman Empire). Elaborate decoration was carried out at Riddle’s Court for these events.

The King’s Chamber tempera painted timber ceiling and surviving frieze fragments had been restored upon discovery in the early 1960s. Following that, the room had been used as an office.

During recent treatment, SWPC gently cleaned the ceiling to remove surface soiling and consolidated flaking and powdery paint. Previous restoration work (e.g. installation of light fixtures and application of brown paint to bare timbers), was removed. Holes in ceiling boards were filled and inpainted to reintegrate the decoration. Fragile frieze fragments were cleaned,  consolidated and carefully stored. Frieze decoration was then reconstructed based upon archival photographs and the surviving fragments. 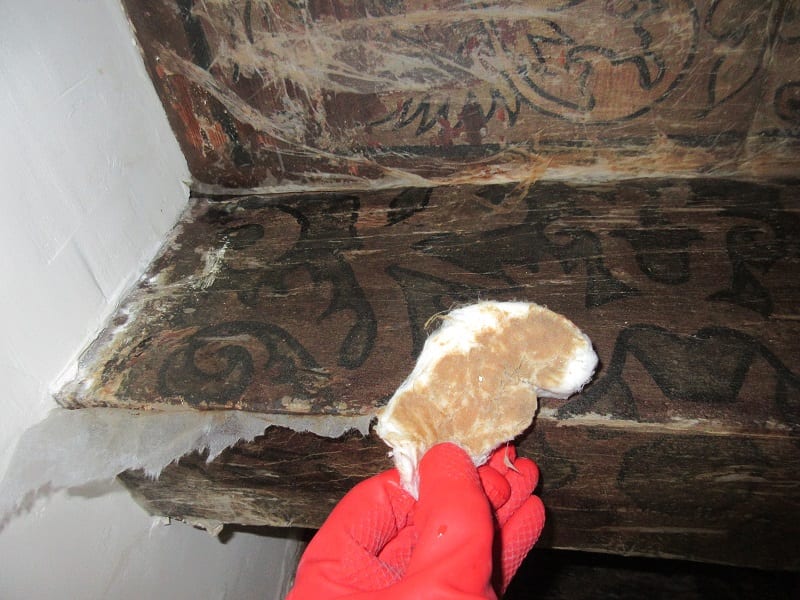 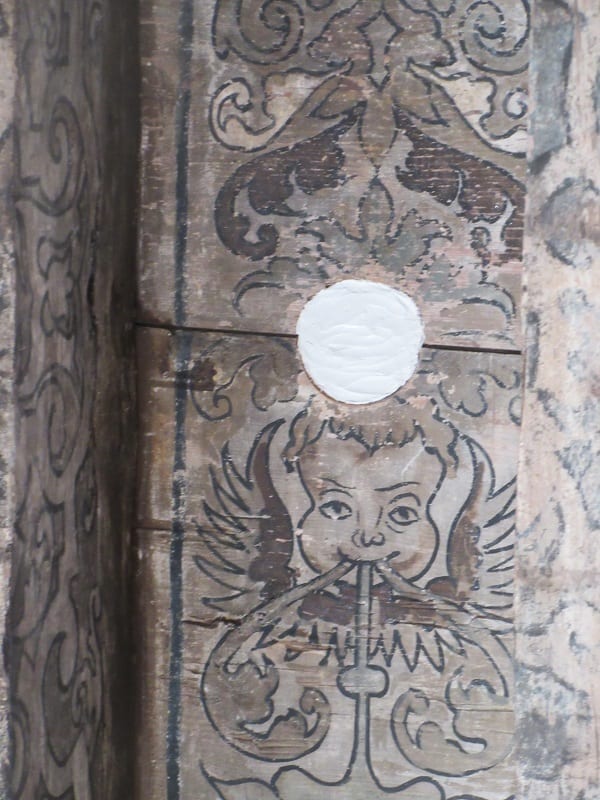 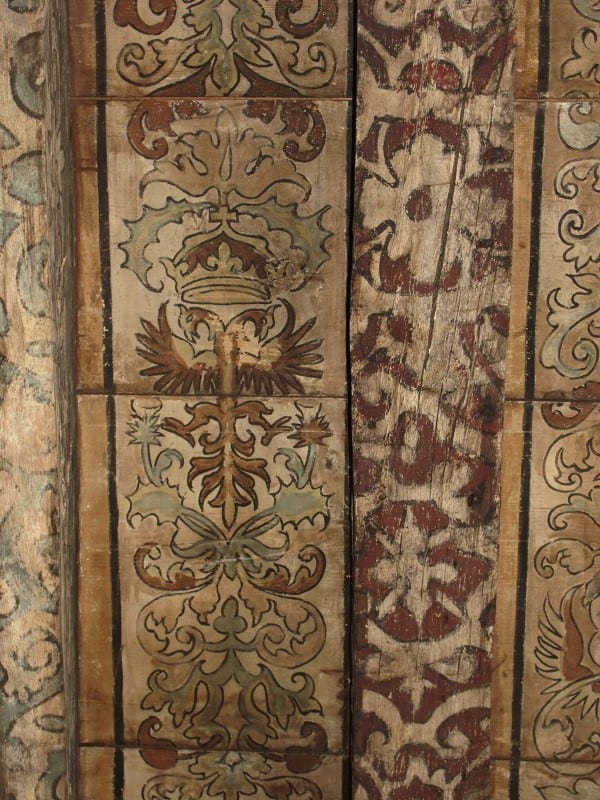 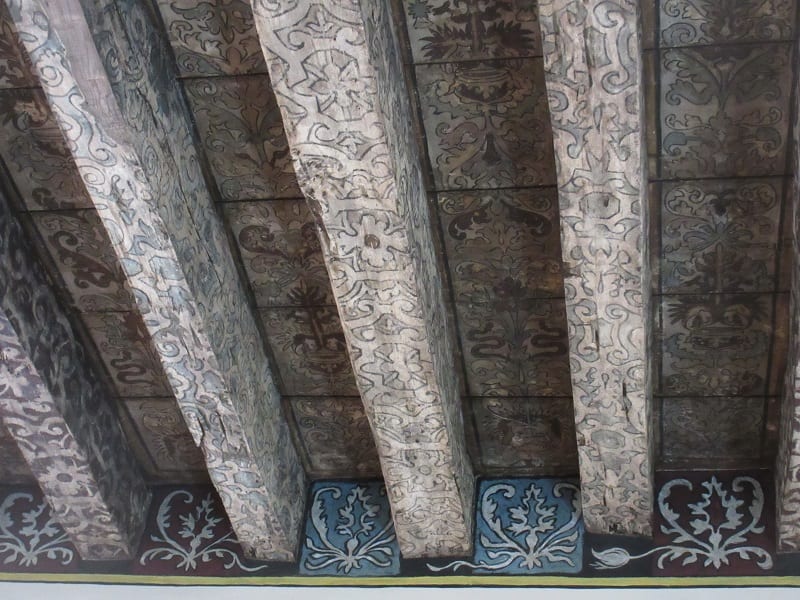 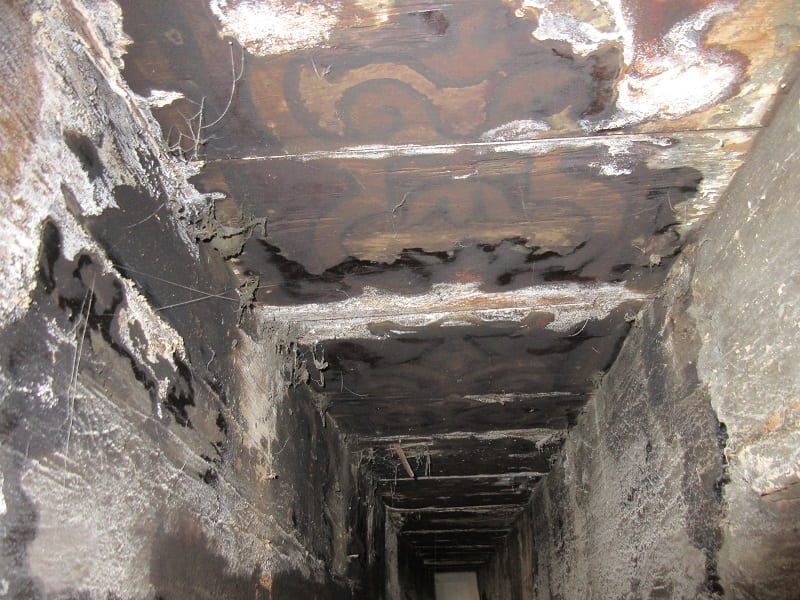 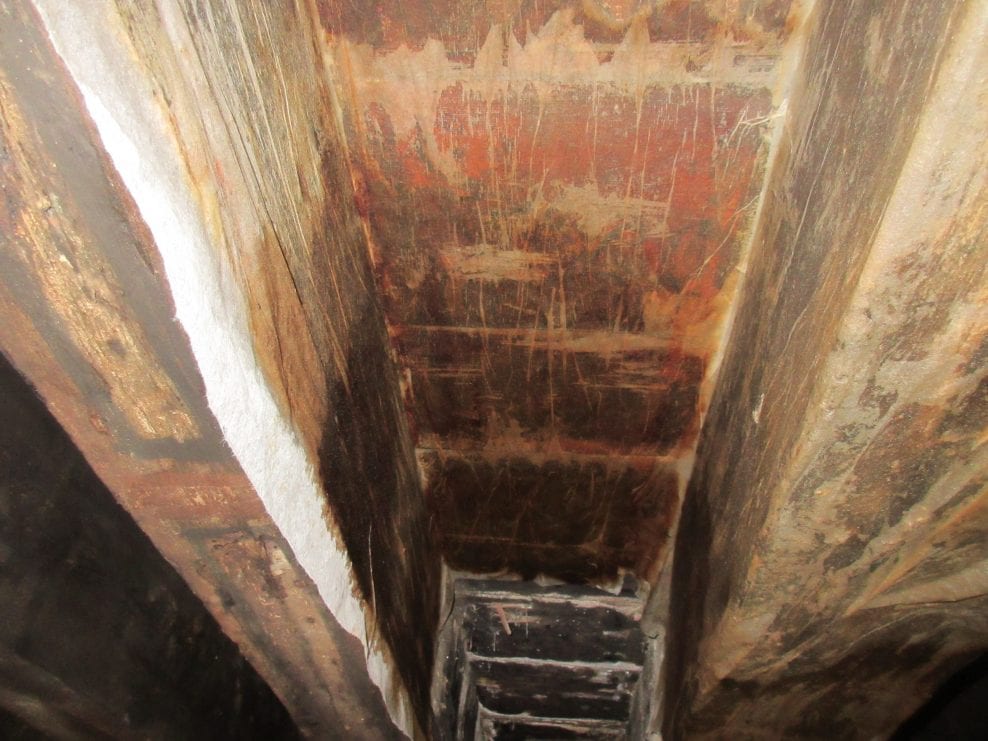 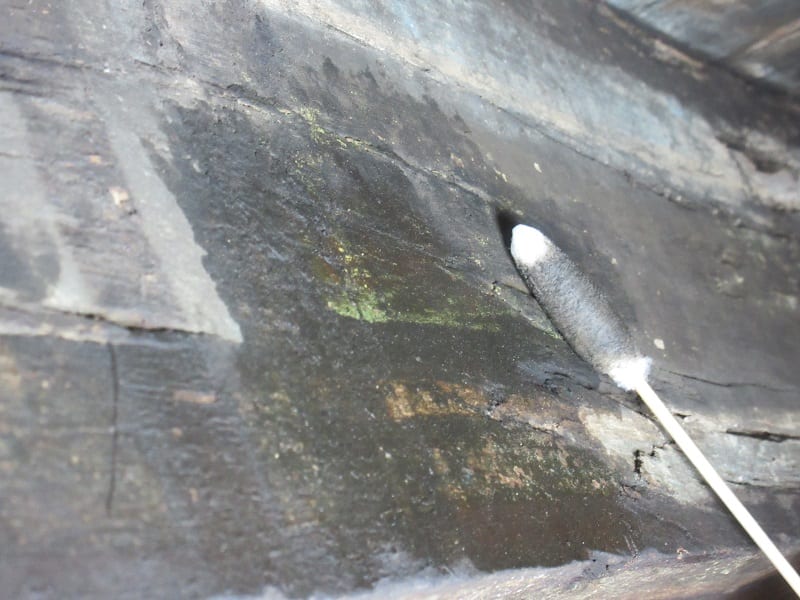 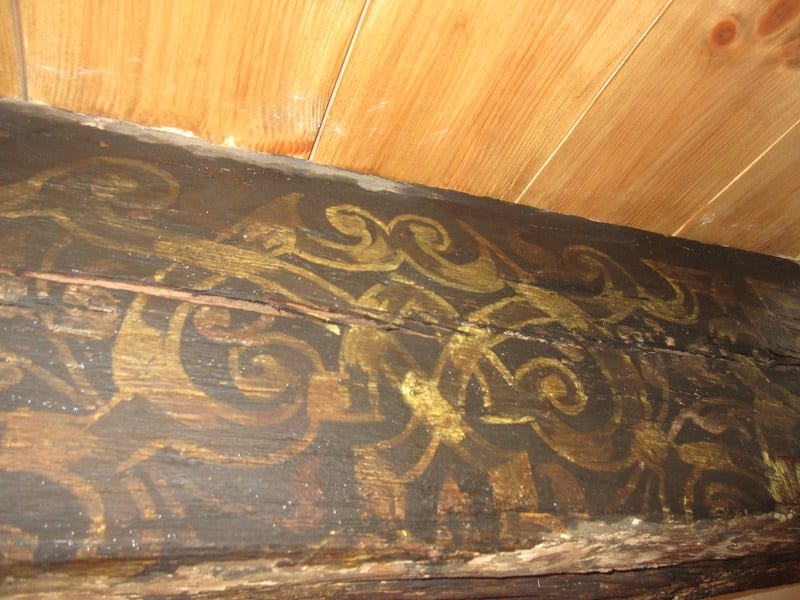 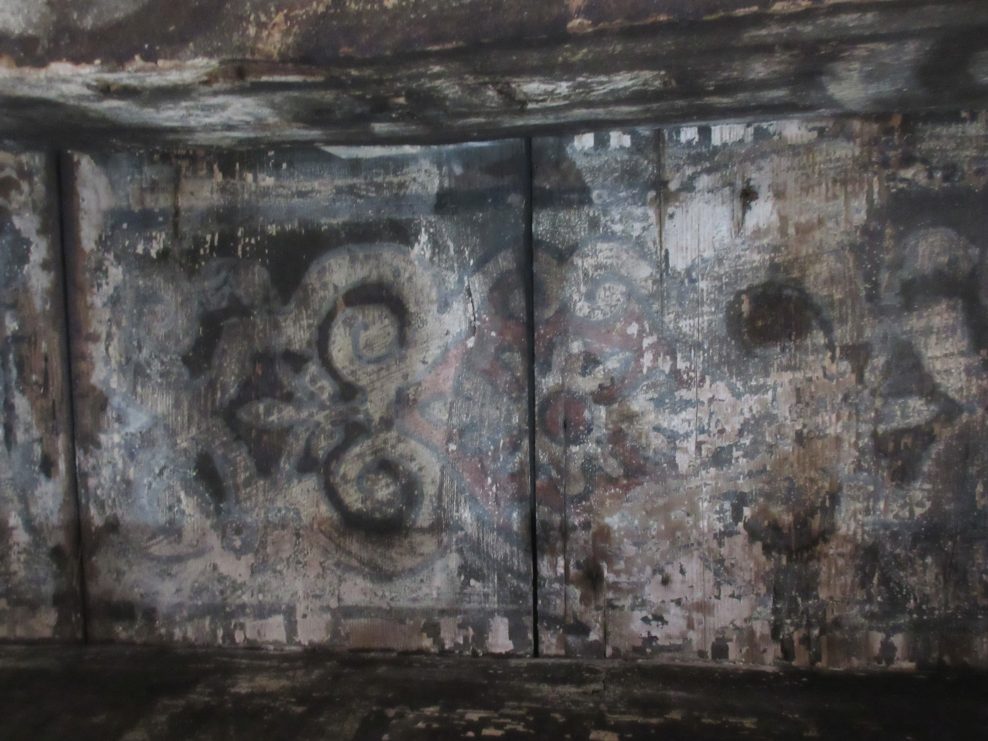 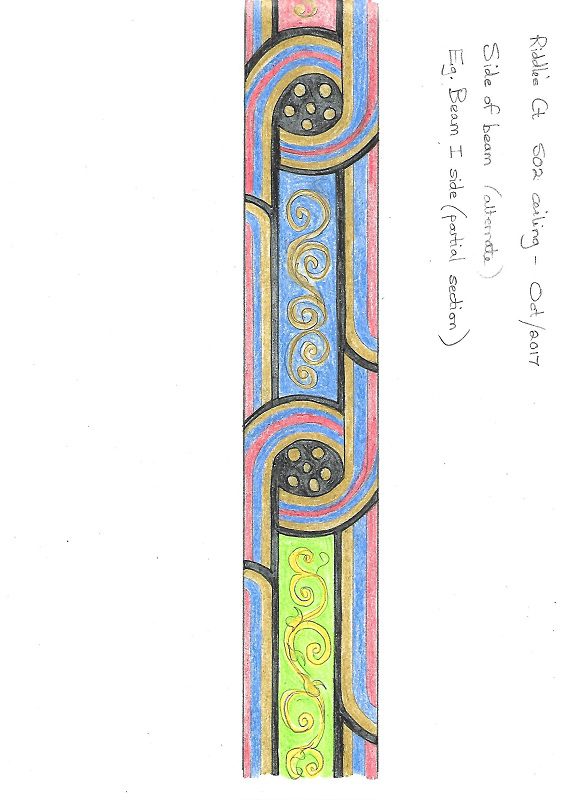