Condition survey, report production with risk assessment tool; liaise with Poole Museum, Caro’s studio, local authority and other associated parties; provide full specifications for work to be carried out by one ACR conservator and team selected from list we provided. Site examinations throughout and on completion to sign off for the museum.

The 11 metre high, 35 ton sculpture was given to Poole in the 1991 after Caro’s association with the town going back to the early 1970’s. It was first repainted in 2000. Paint and galvanised surfaces  were now degraded and there had been episodes of vandalism including graffiti.  The museum was prompted to execute a restoration programme and mark the completion with a town wide celebration of Sir Anthony Caro . A especially appointed curator recruited me as the  consultant. We worked together and liaised with each other to secure a successful outcome. As the consultant I was required to write specifications for the selected firm to abide by in the execution of the restoration. The concerns at the core of the research for the specifications and wider recommendations in the accompanying report included setting, presentation, environment, hazards and material choices. Preventive conservation measures with a risk assessment tool were included along with the results of extensive research into climate change and its local affects. Research into the previous surface applications had revealed incorrect colour matching in 2000; the report specified the colour and the upgraded paint system chosen for its defence properties against the environment and which would give the correct optical result as preferred by Caro and his studio at the outset and affirmed by his studio posthumously today. The conservation and restoration work was to be carried out on site which meant that attention to elements of the work such as paint removal had to be tightly controlled using cover and materials that would not damage the local  environment and the sea close to it with its associated marine life.  Local people were asked to provide opinions about the sculpture and its significance for them,  not least how they used it. Caro’s intention was for people to engage in the work and walk up and around it via the integrated galvanised steel staircase and use the seating. From the original meeting in 2016 the report took several months and the whole project took 15 more months. 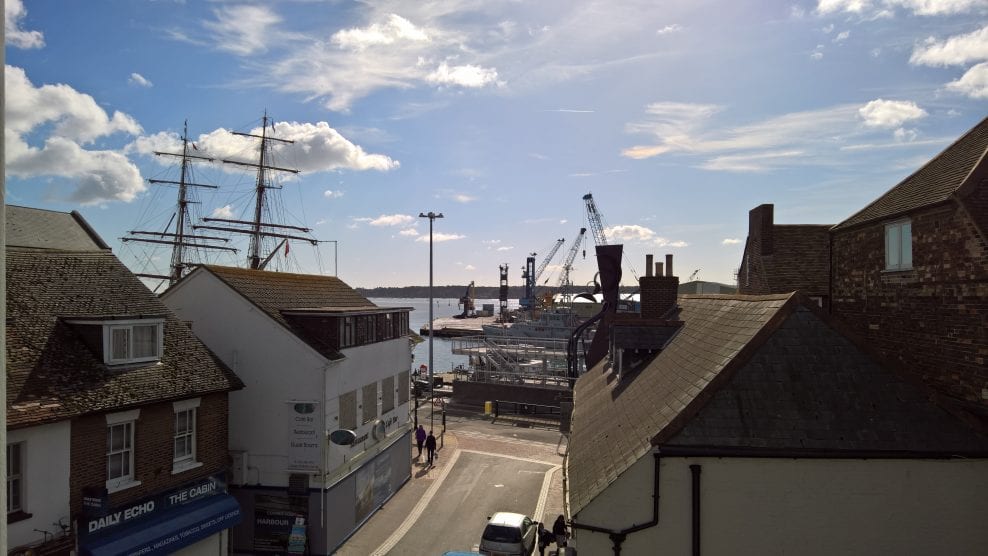 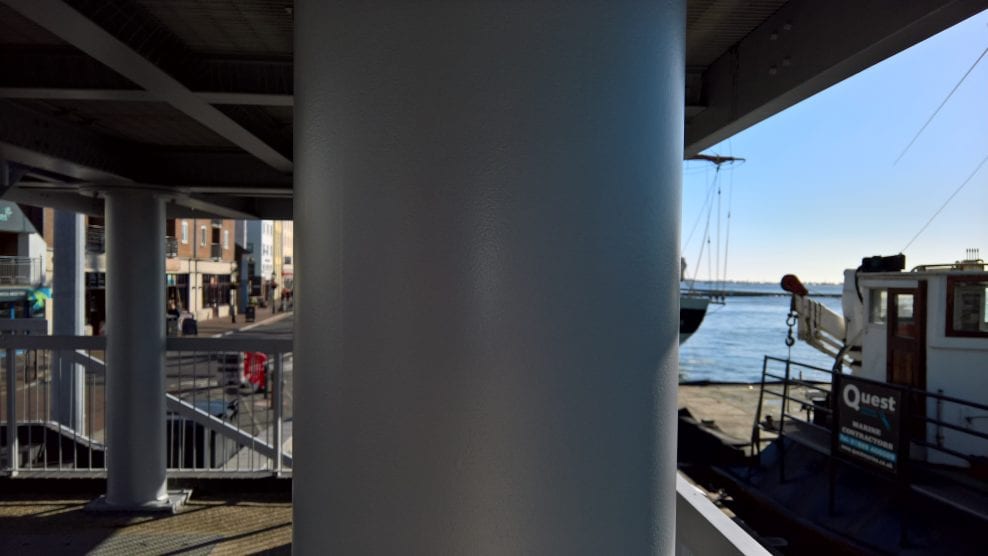