The mansion underwent a major restoration over a 4 year period. FCH brought in a small team to conserve selected elements of detail which required conservation and restoration. This included treatment to a variety of objects and materials including stone, wood, plaster, leather and metals with final surface treatments and decoration.

Multiple paint layers on large original  cornices and ceiling roses in four rooms were removed to original plaster at the request of the client. The plaster was cleaned and consolidated; replacements for losses were cast and installed, the overall effect was toned to even the appearance. All shutters had multiple paint layers removed, the wood treated and waxed. All shutter bars, locks and shutter knobs and door knobs were taken to the studio where they were cleaned of paint and corrosion product;  the steel elements treated with tannic acid, the bronze elements cleaned to an even tone, then all metal was lacquered and waxed. The servant bel had been painted and these were cleaned to metal, the tone evened out, then all were lacquered and waxed. The ornament roundels that were lost were cast in plaster and matched to the originals. The new roundels were attached once the bells had been installed. All original door knobs were cleaned and conserved, new wooden knobs were ebonised to match the early ones. The entrance lantern was restored to reveal the brass rivets in the construction. This was lacquered and waxed.  The limestone entrance steps were spalling badly and were consolidated to halt the process.  Two original slate fire-hearths had missing elements which were filled and toned to give fire resistance and appearance in the original. The front entranceway which was of oak mostly with poorly overpainted and varnished soft woods on the interior in an attempt to resemble oak; all poor later repairs and faux finishes were removed; the shutters repaired and treated with the same layer system as the originals with pale undercoats and varying tones of varnish up to top layers grained to match the oak front doors. The pair of oak front doors had been cleaned of all layers of paint and varnish, conserved and protected. All hardware was also conserved or replaced by similar to match. The library was treated in its entirety with cleaning and polishing of all stained and veneered woodwork, matching and replacing beading and veneer where damaged or lost where lost. The last element of the library included the conservation of the leather, metal and wood faux book stack door.  . 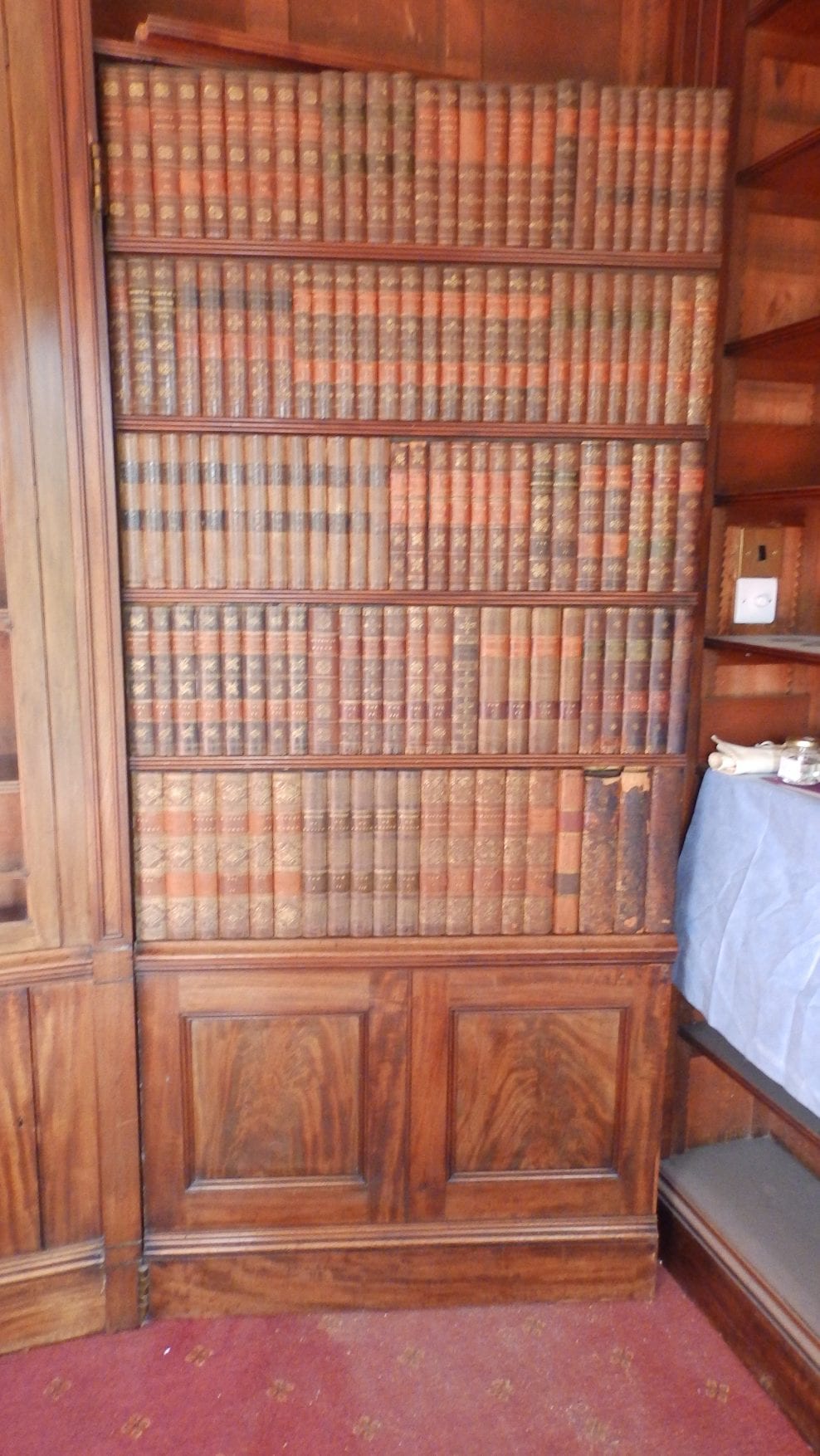 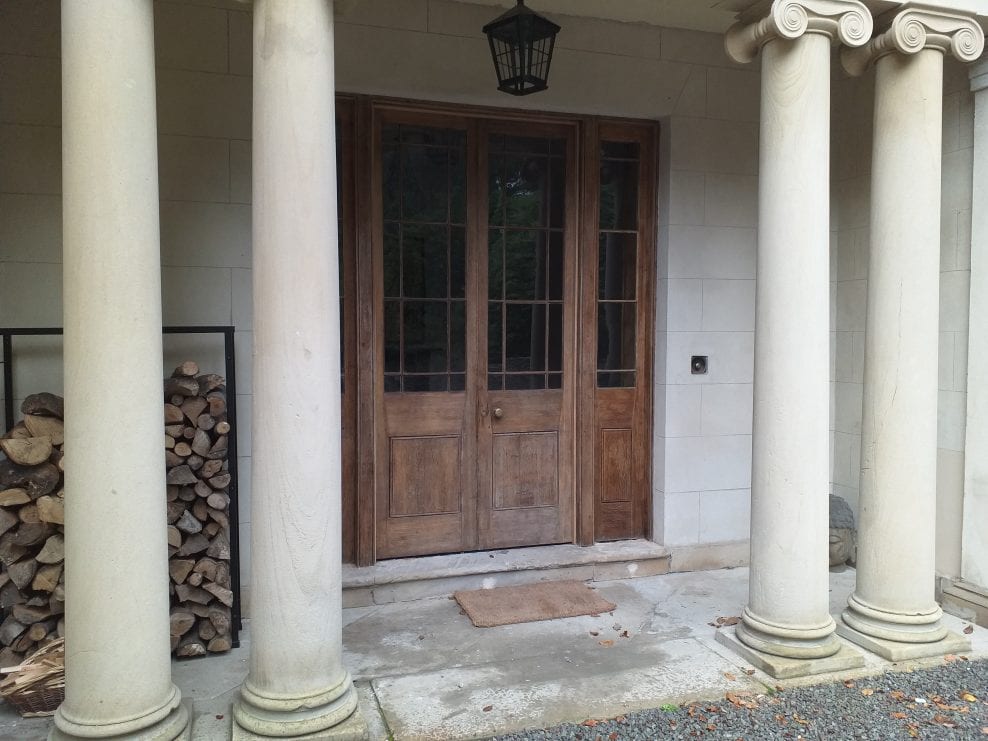 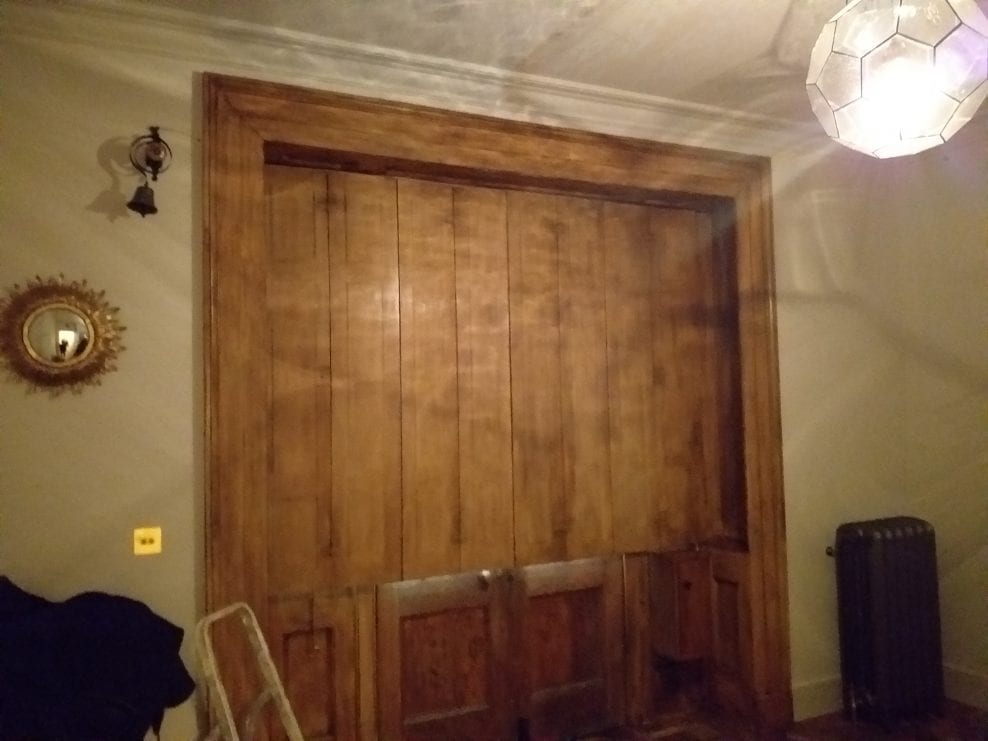 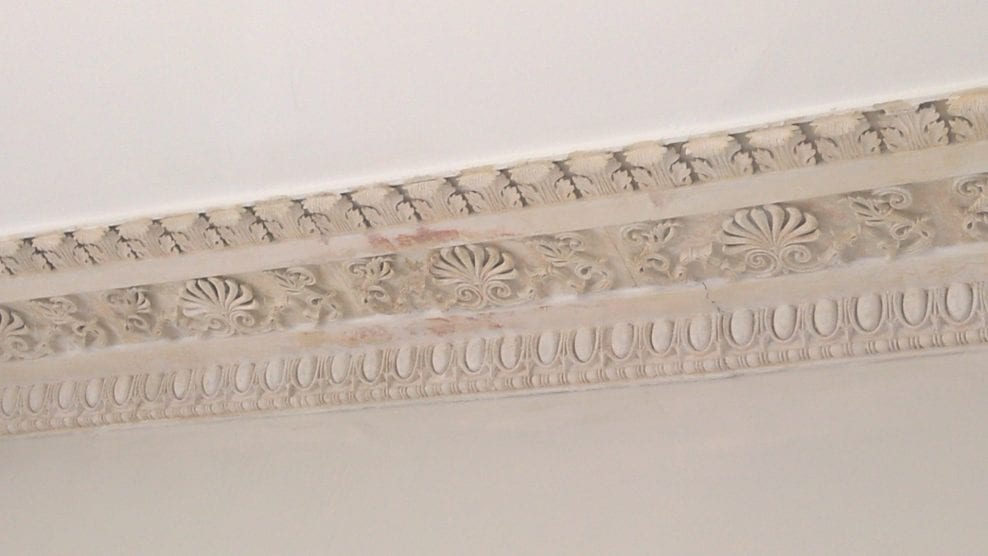 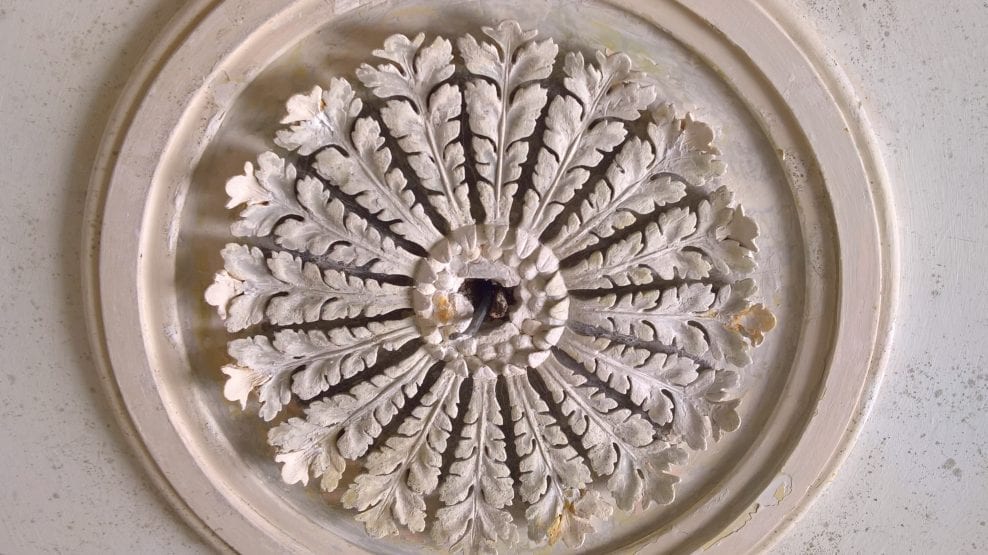 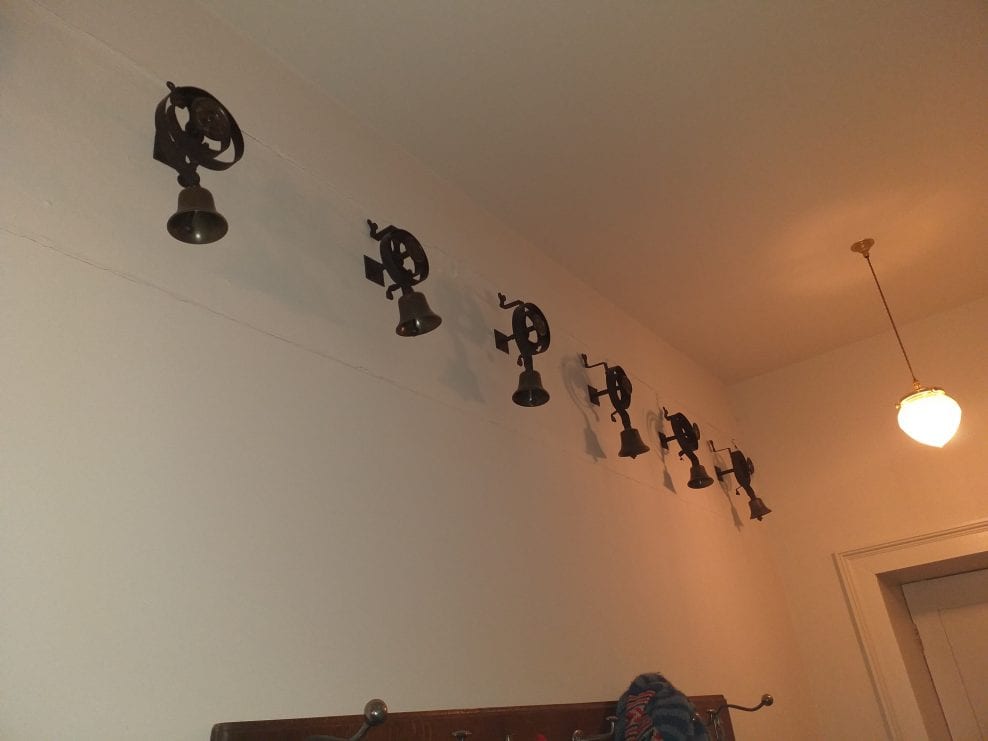 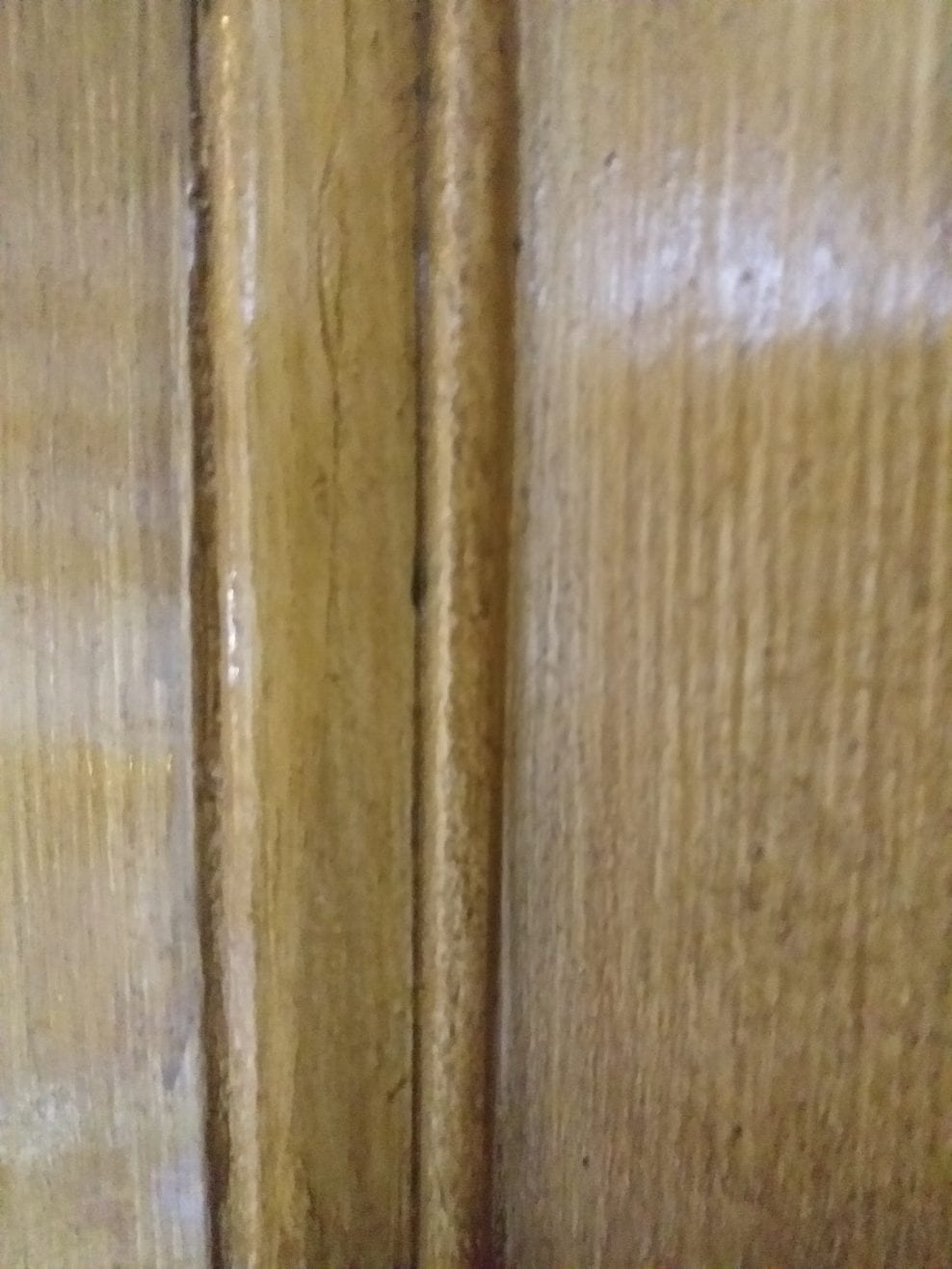 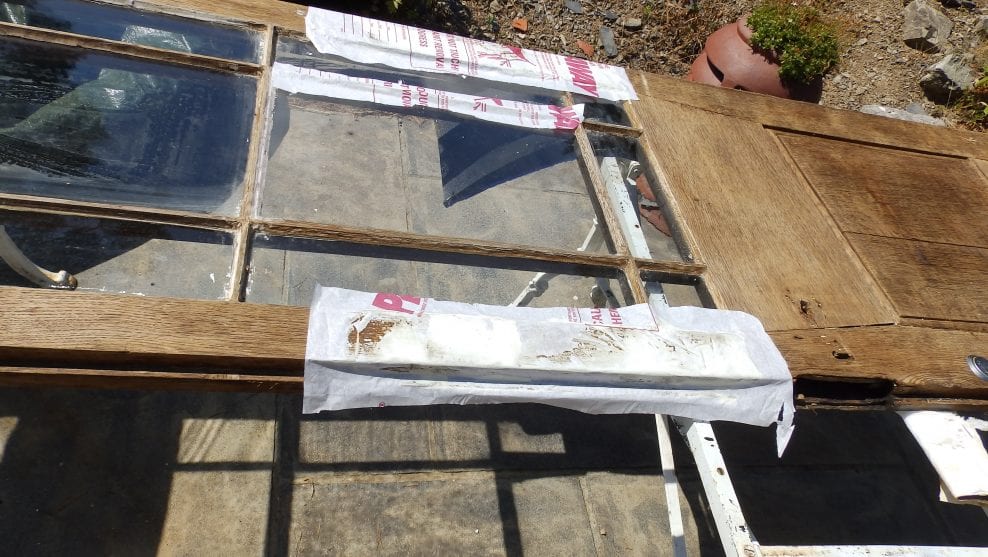 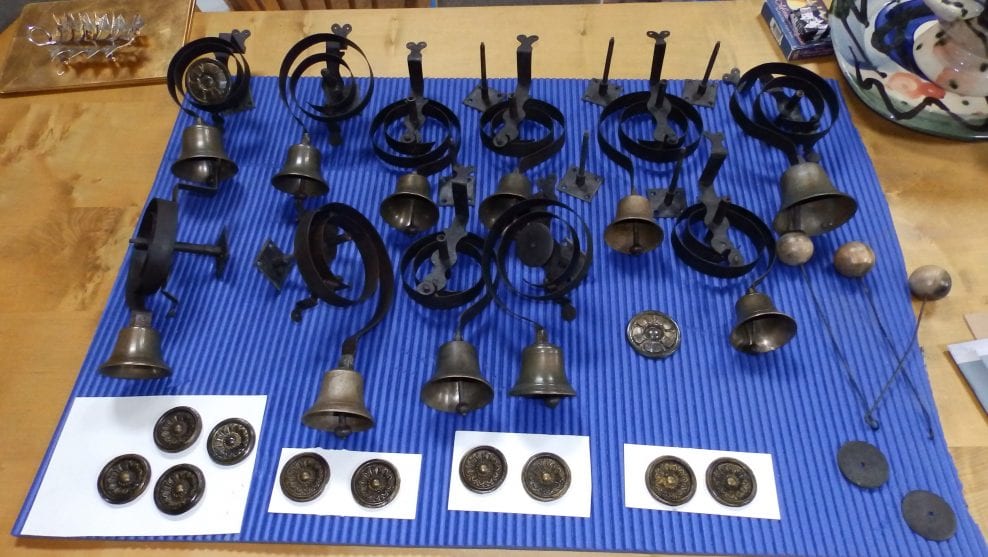 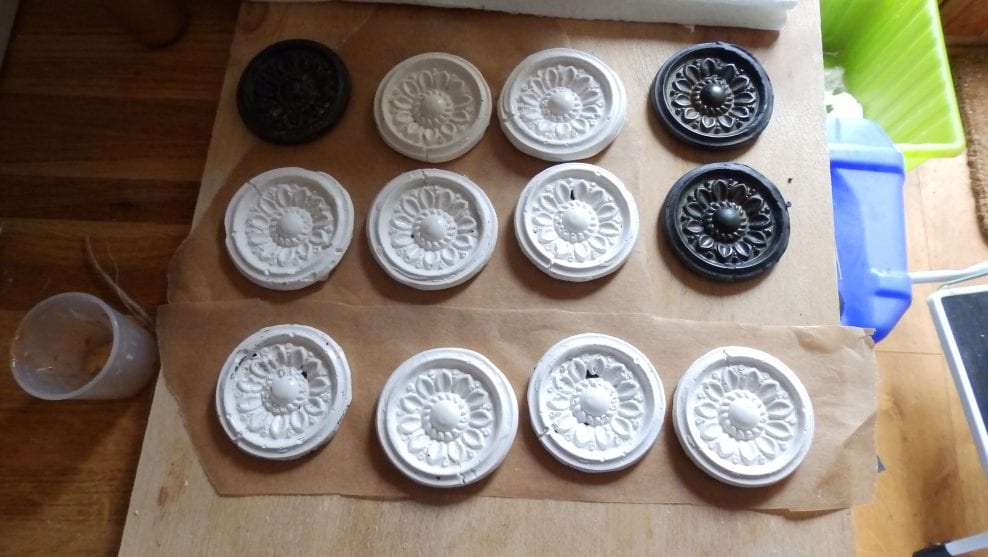