A 20th century oil painting of roses on an opal glass panel. The painting is one of a pair in a family collection. It had water damage which caused some of the old joins to fail, discolouration, and mould growth.

This painting was done on a sheet of 3mm thick opal glass. It is signed DMW Watson, the label shows that it was framed by R Scupham & Sons in Middlesbrough established in 1861. It was delicately hand painted depicting pink and red roses in foliage with water droplets on some of the leaves.

The painting had been broken and reassembled with an adhesive in the past. It had recently been exposed to water which had caused mould growth inside the frame and two of the joins to come apart. The aim of the treatment was to stabilise the painting so that it was not damaged further, and to bring it back as close as possible to its original appearance for display. The treatment was challenging because the glass is very thin and therefore it is difficult to get a strong join, and due to the water damage on the paint and frame.

The panel and frame were dismantled, each section was cleaned to remove the mould and surface dirt. After tests, the degraded adhesive was removed, and the joins cleaned. The glass fragments were reassembled and bonded with a conservation grade adhesive. Yellowed and damaged areas of the painting were filled and retouched to integrate the joins visually. 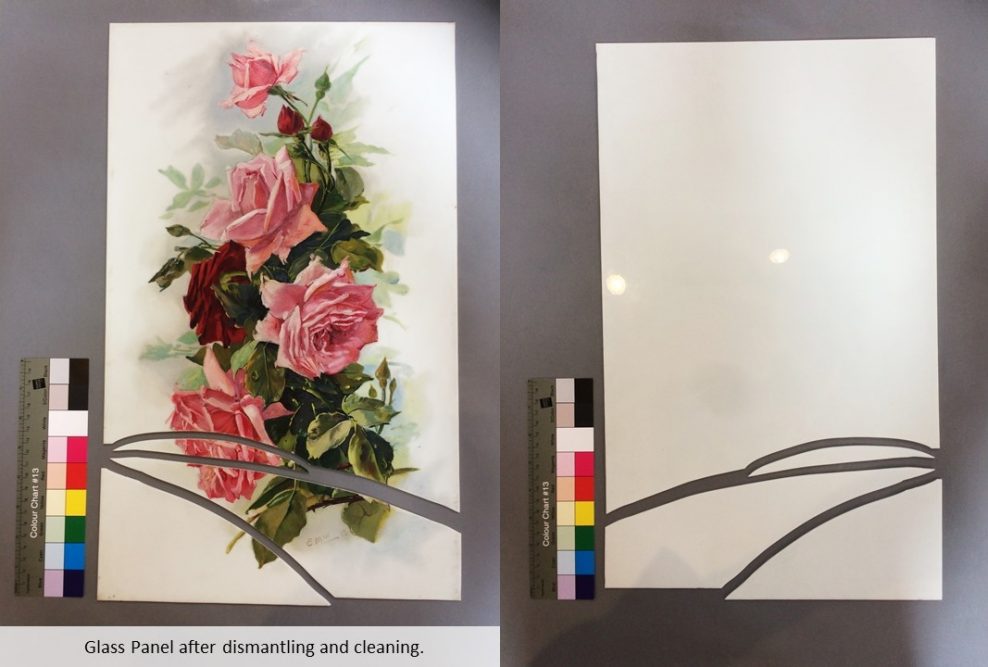 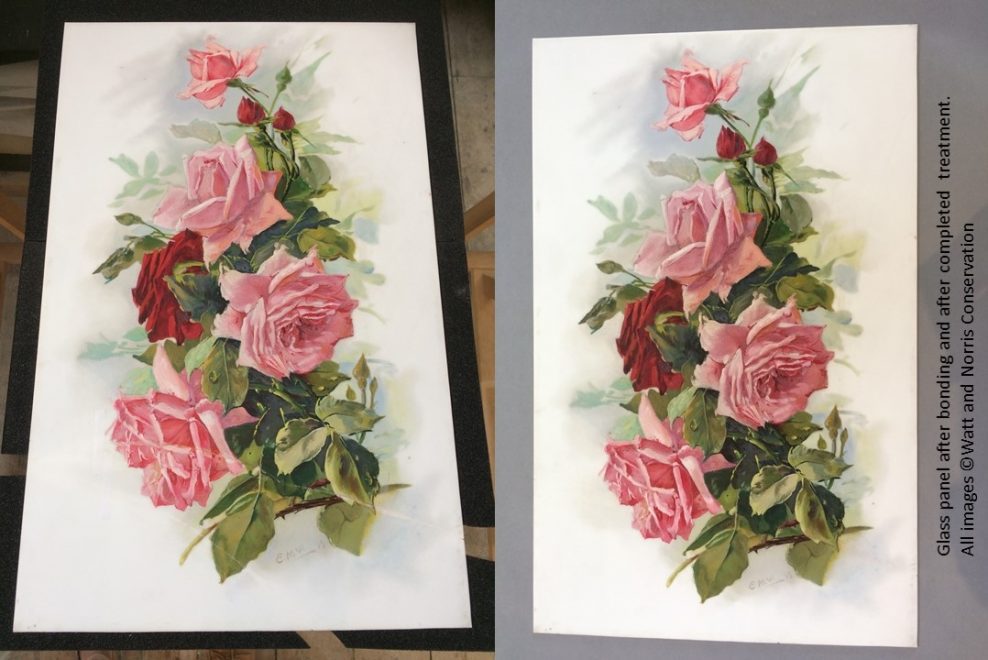