A 20th century Venetian glass vase in the shape of an amphora with intricate latticinio cane work and encased gold leaf. The vase was broken at the base and could not be displayed without treatment.

The glass vase was purchased in Venice, possibly made by Salviati who have had a glass house in Murano since 1859. It was handblown using a technique called latticinio, where canes of white glass are gathered on to a transparent bubble of glass during blowing to create a lattice like effect. This vase also has gold leaf incorporated in the transparent foot, stem, and handles.

The Latticinio Vase was purchased by the owner’s mother giving it great sentimental value. At some point it had been broken and restored with an adhesive but the join in the stem failed leaving the vase in two parts.

The aim of this treatment was to stabilise the vase structurally so that it could be safely displayed. The challenge was that the weight of the object rests on a small area of the broken stem, and the glass is transparent. It was important to use an adhesive which was strong enough to support the vessel and matched the appearance of the glass.

The yellowed adhesive was tested and removed, dismantling all the joins. Once the vase was clean, it was reassembled and secured temporarily with wax to make sure the joins were correctly aligned. A synthetic resin designed for glass conservation was used to bond the fragments. The low viscosity resin was chosen to minimise bubbles in the joins and to match the refractive index of the glass minimising reflections. 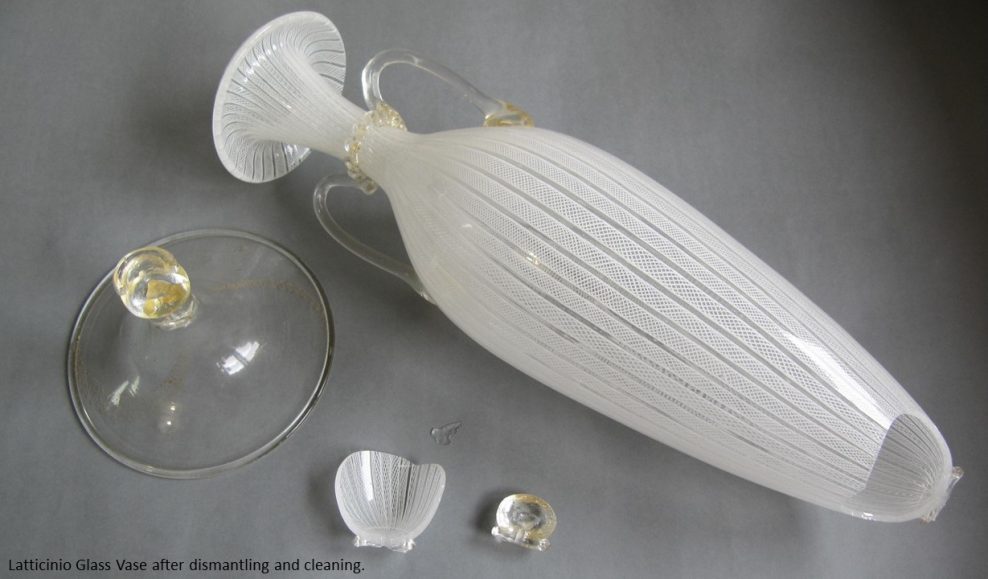 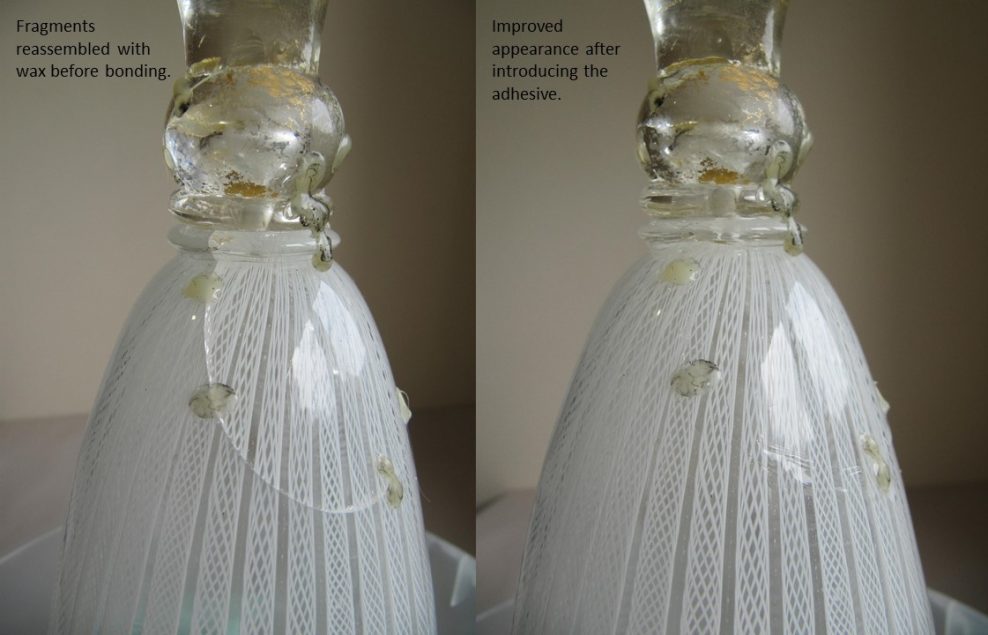 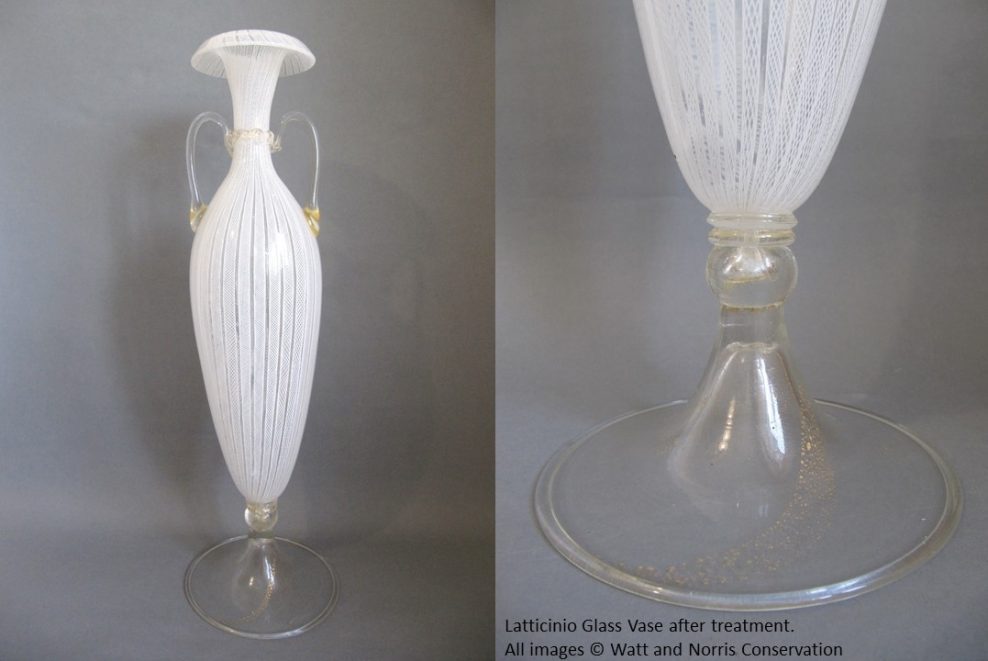