The items had been damaged many years ago and been in storage since then.
Treatments consisted of re-assembly of the fragments, replacement of missing sections with coloured fills, minimal retouching and surface finishing.I have chosen one of the KPB items and in the following gallery I illustrate the various stages involved in its reconstruction.

Total time for treatment of this item was 12 hours; because of curing times the work was carried out over a period of two months. 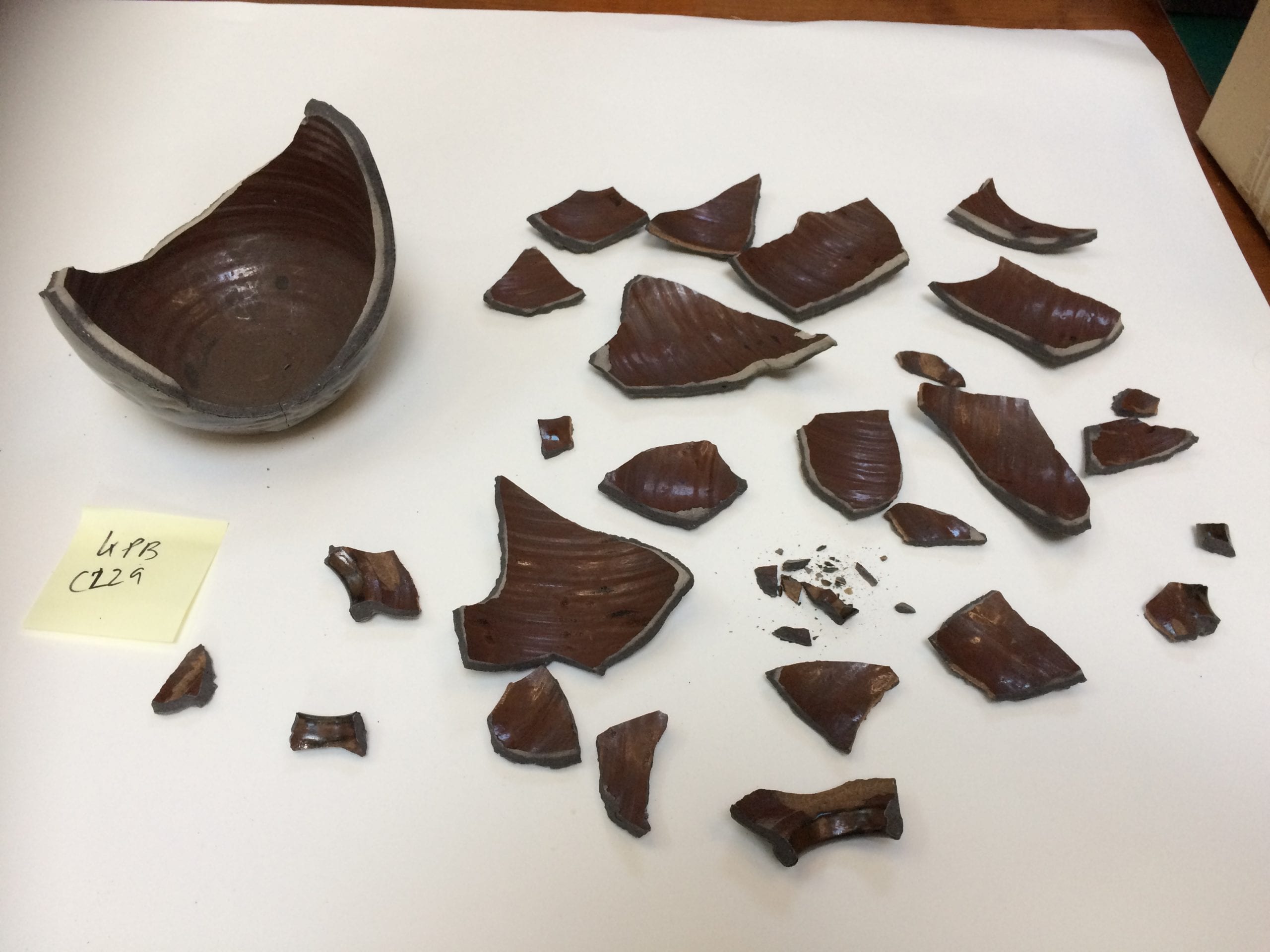 Broken into 37+ pieces, with associated fragments. There is a travelling crack running from the side of the largest shard into and around the foot, which has ‘sprung’ and is mobile.

On piecing the shards together an irregular section about 25mm X 12mm was found to be missing from an area on the shoulder of the bottle, there were insufficient shards that might combine to make it up. 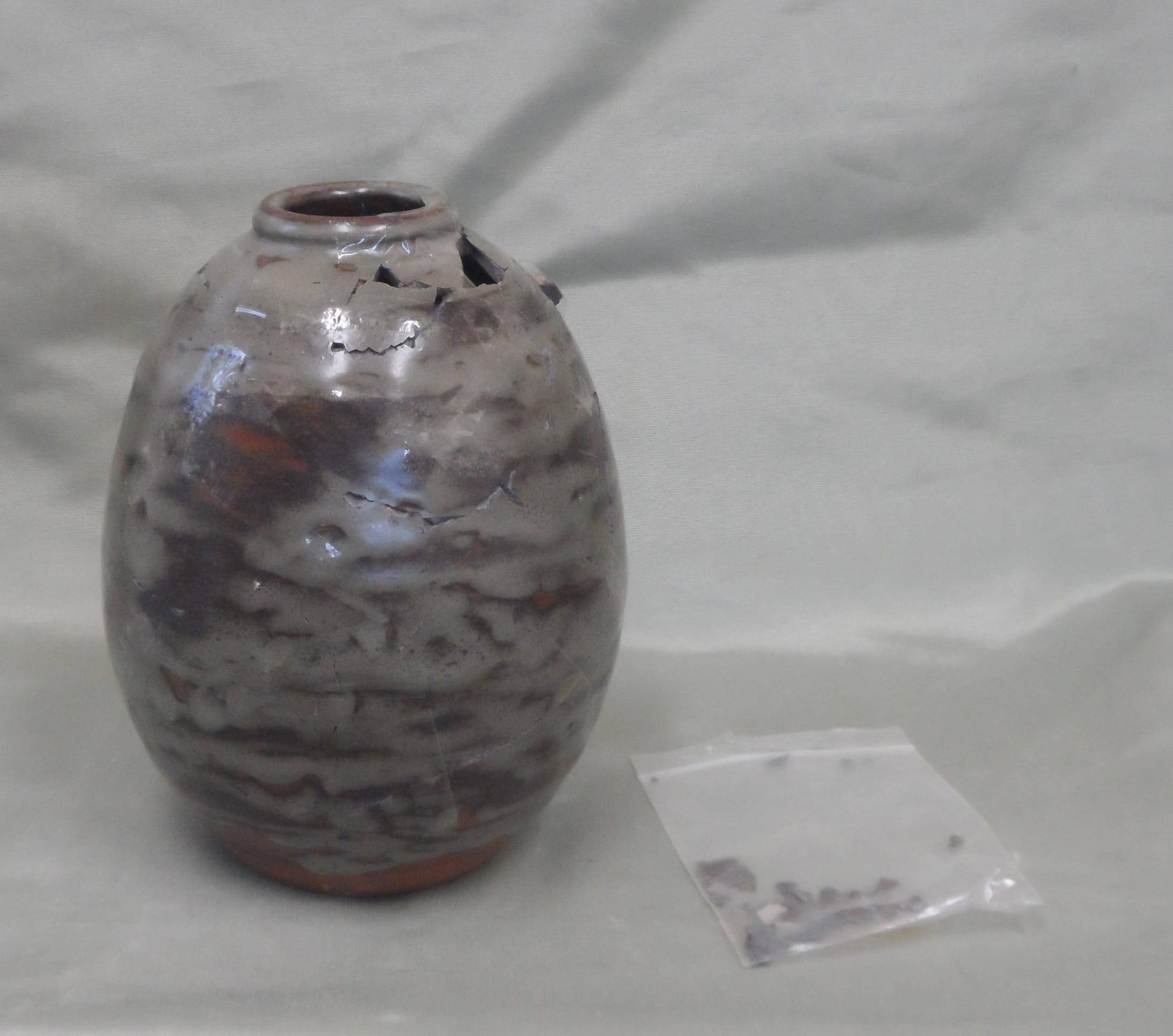 The vase after initial bonding

A ‘dry run’  of the bonding of the vase was carried out to establish the correct order /sequence.

The edges were degreased and Paraloid B72 in acetone was used for the initial bonding.

Shards from the inside were replaced as the bonding progressed. 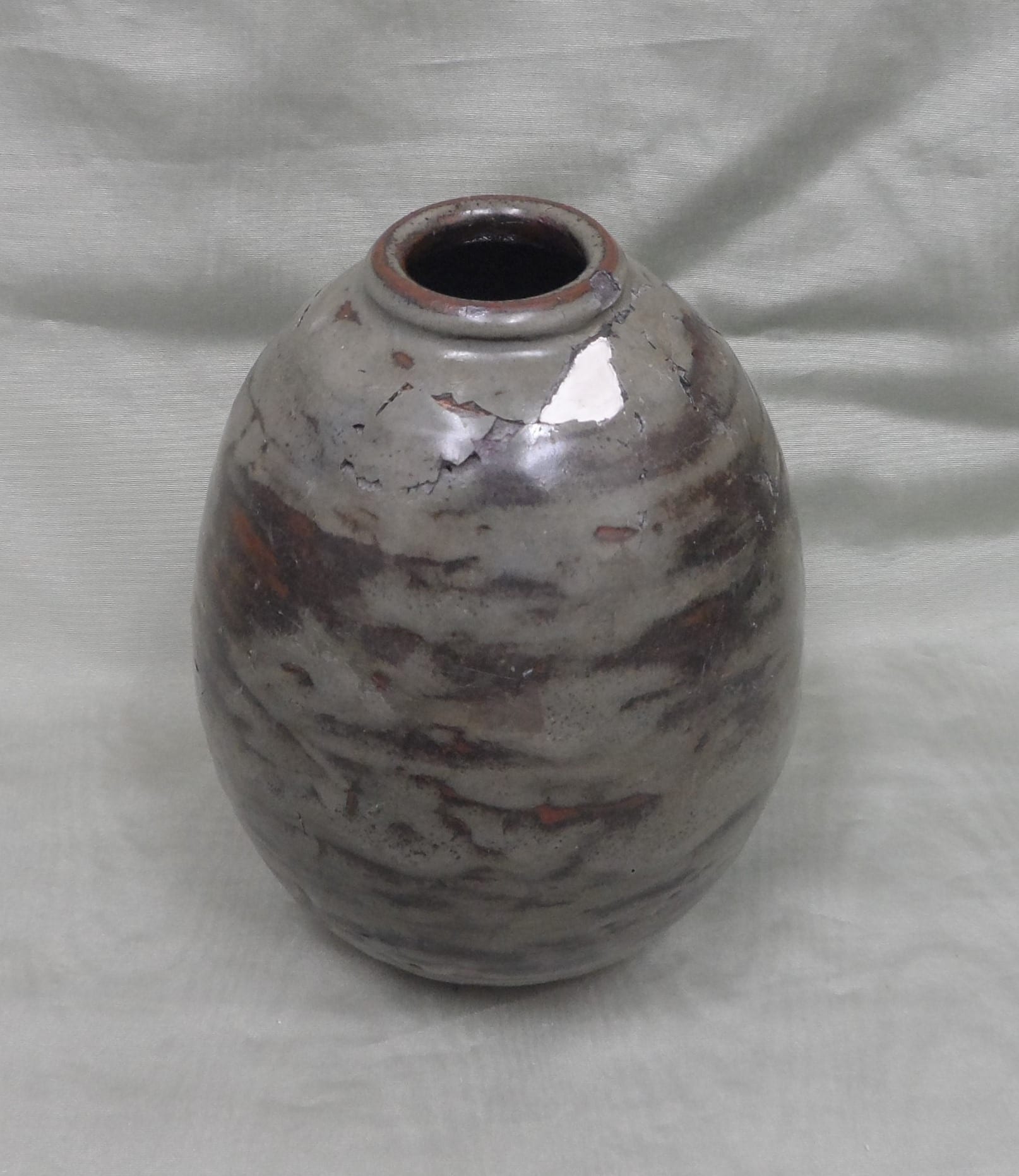 Large missing areas were sub-filled with a cellulose reinforced filler. Break edges were painterd witha solution of Paraloid to provide an isolation barrier. 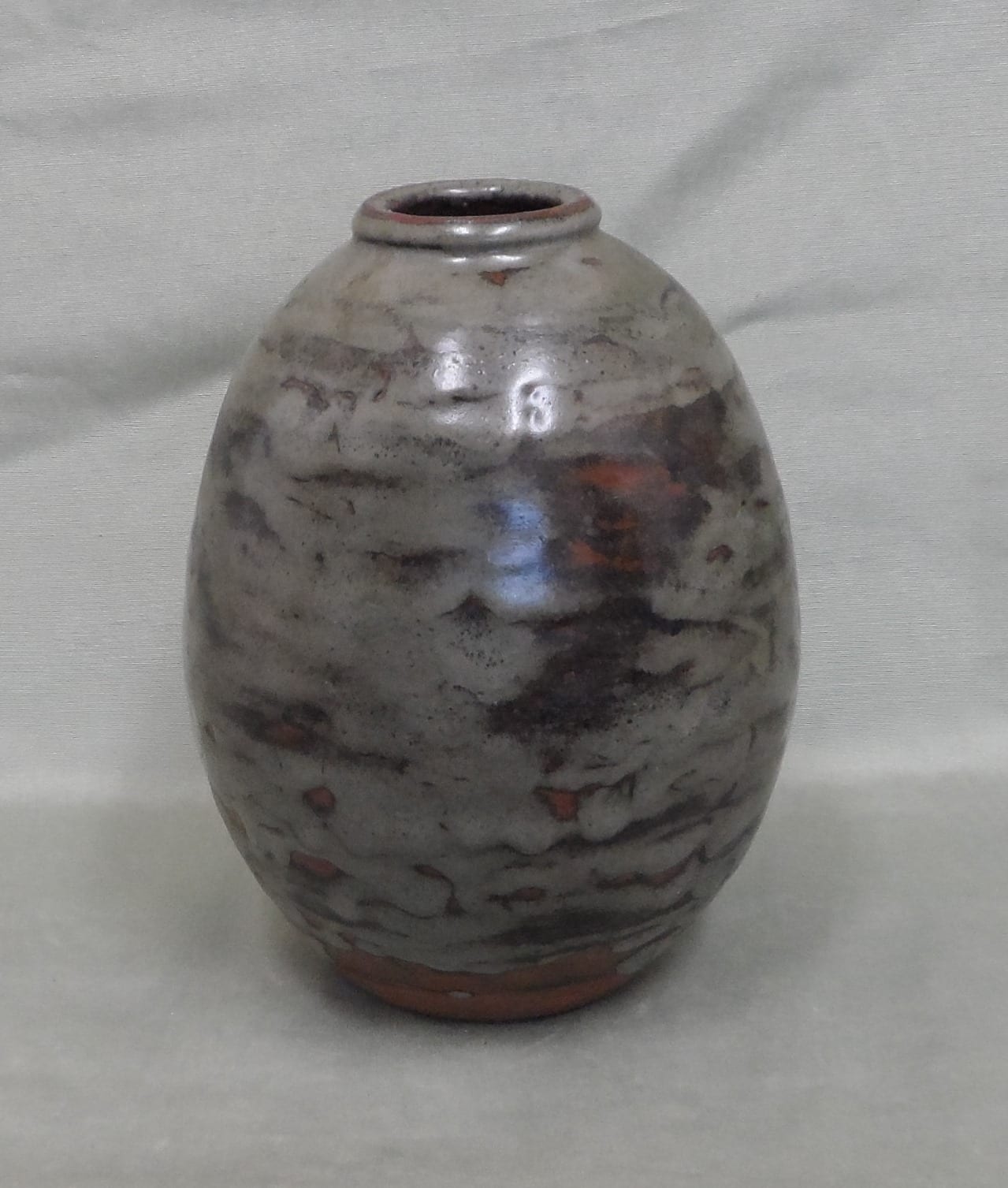 The vase after coloured fills have been added, t fills have been fettled and polished, but still require some modification of the colours, a final glaze over replaced areas and surface finishing. The completed bottle vase: by using coloured fills there has been no need for overpainting, any modification was carried out only in the filled areas. 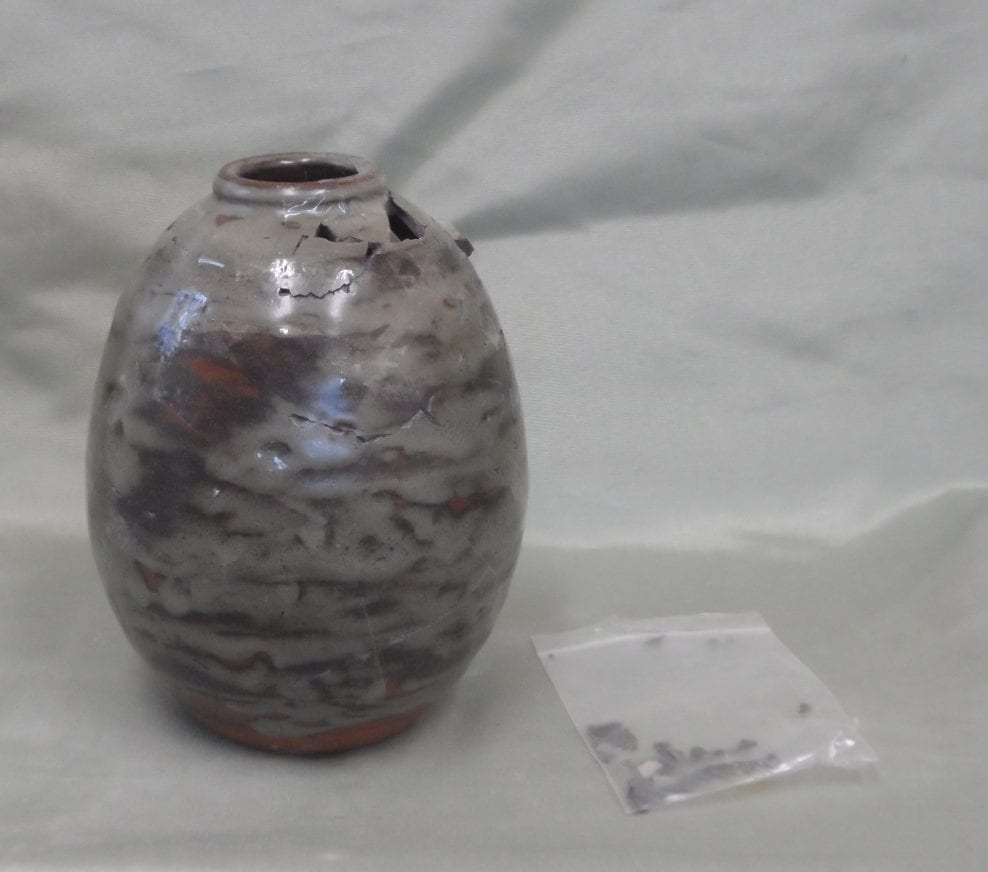