The chest of drawers had been in storage when a water pipe had burst above flooding the area and chest for 6 weeks. It had then been moved but left without intervention for 8 weeks prior to ourselves being contacted. Consequently many pieces were loose, lifted and distorted, had become brittle, and small pieces missing. One foot and a side moulding was detached.

Detached pieces were collected and labelled once their source was identified. Old animal (gelatin) glue had become mobilised and had to be removed.  Loose carcase joints, drawer and drawer bottoms were re-glued. Loose and bucked and distorted pieces were relaid using new gelatin glue under pressure. This glue was used because it was identical to the original glue and would allow removal if so required. Some pieces had to be refitted. The mouldings and foot was re-attached and missing cross banding replaced using Kingwood. Missing veneers were similarly replaced. The brass fittings were removed and treated for superficial water corrosion The damaged polish surface was treated with a dilute mixture of oil and alcohol and allowed to dry. A thin coat of shellac was then applied and finished with a non acidic wax polish.  . 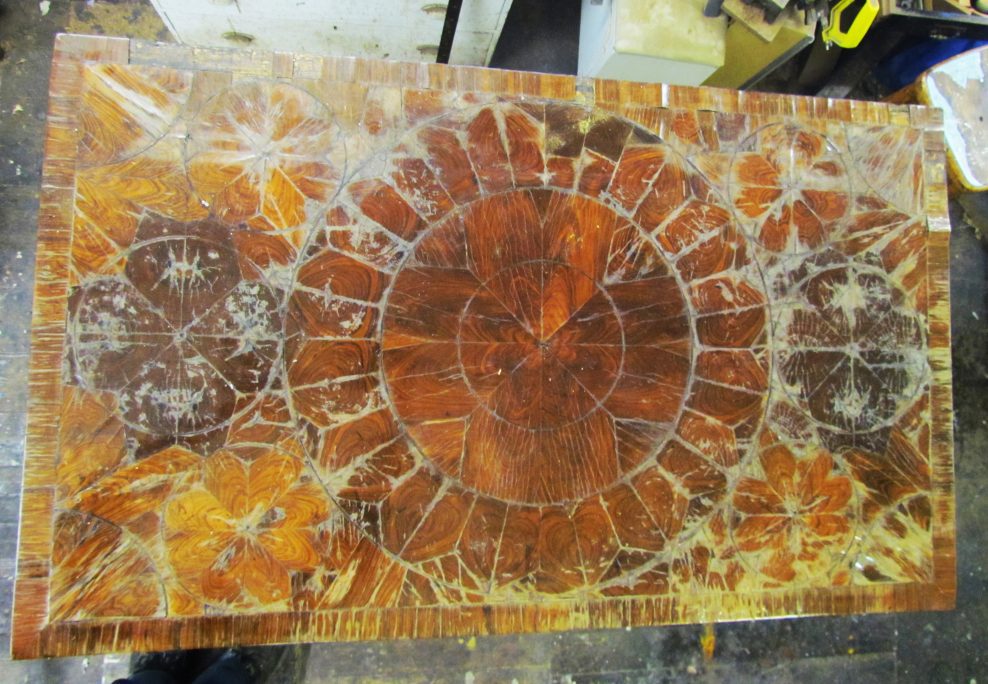 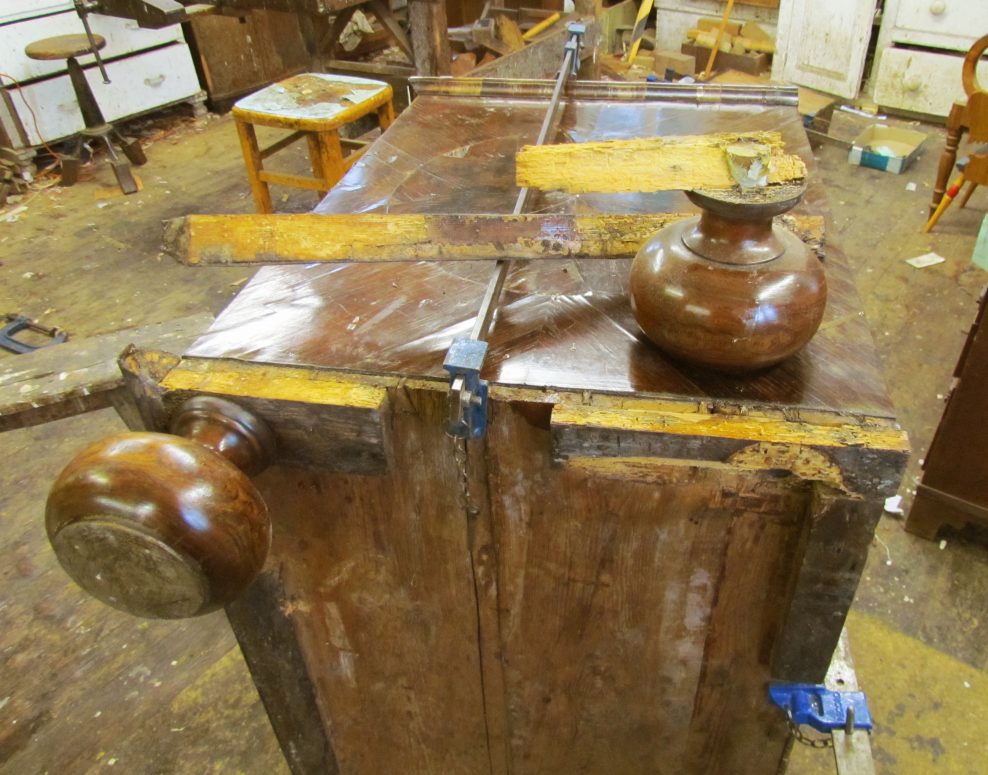 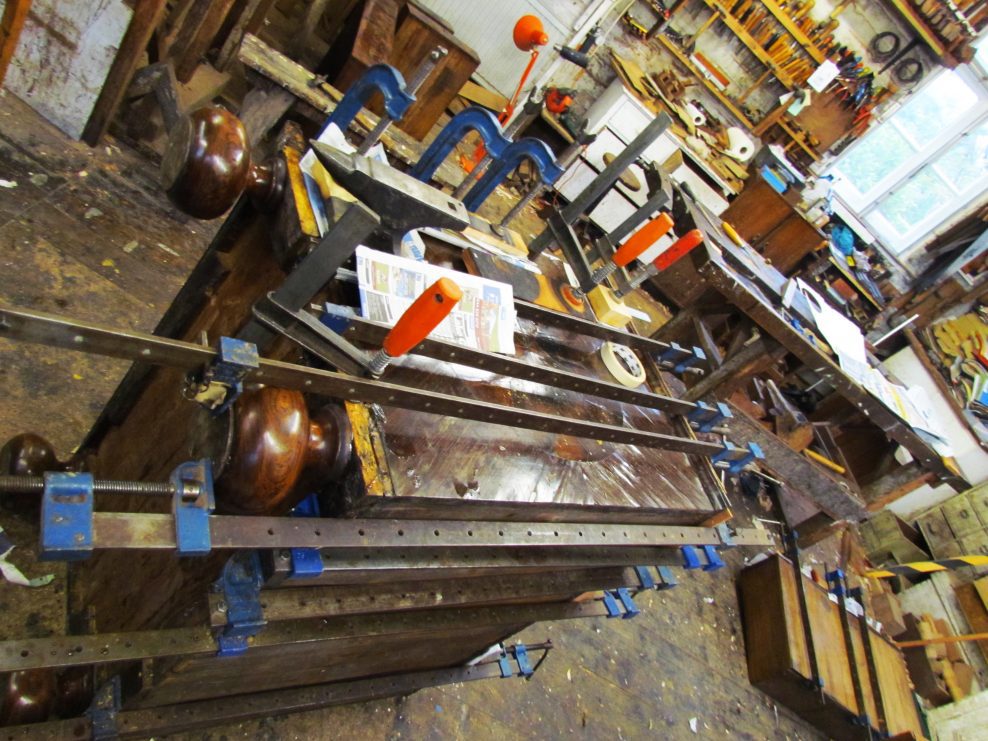 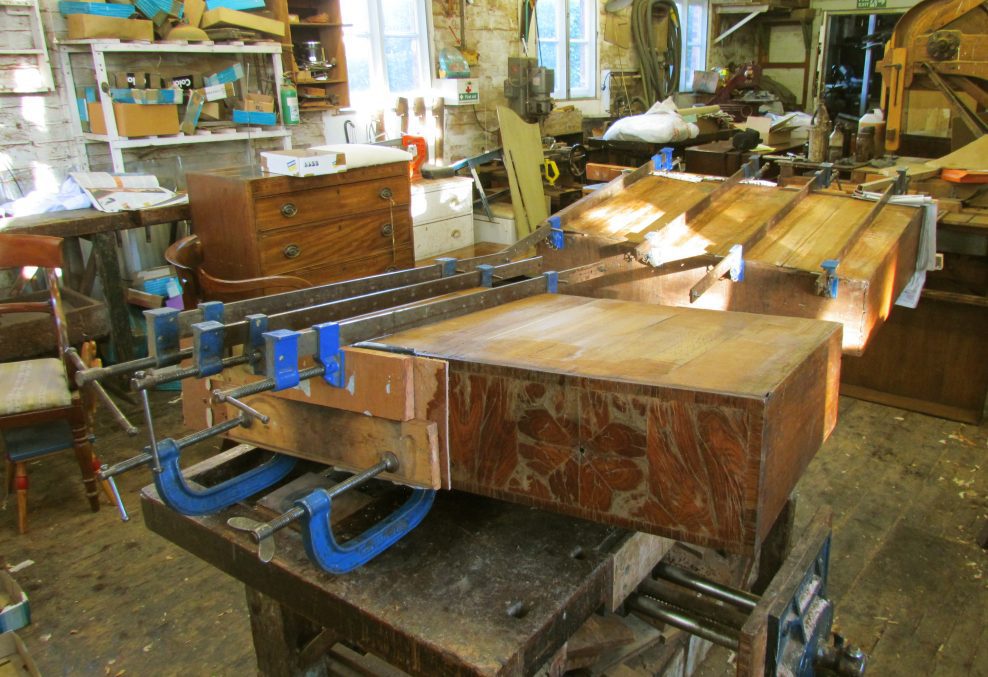 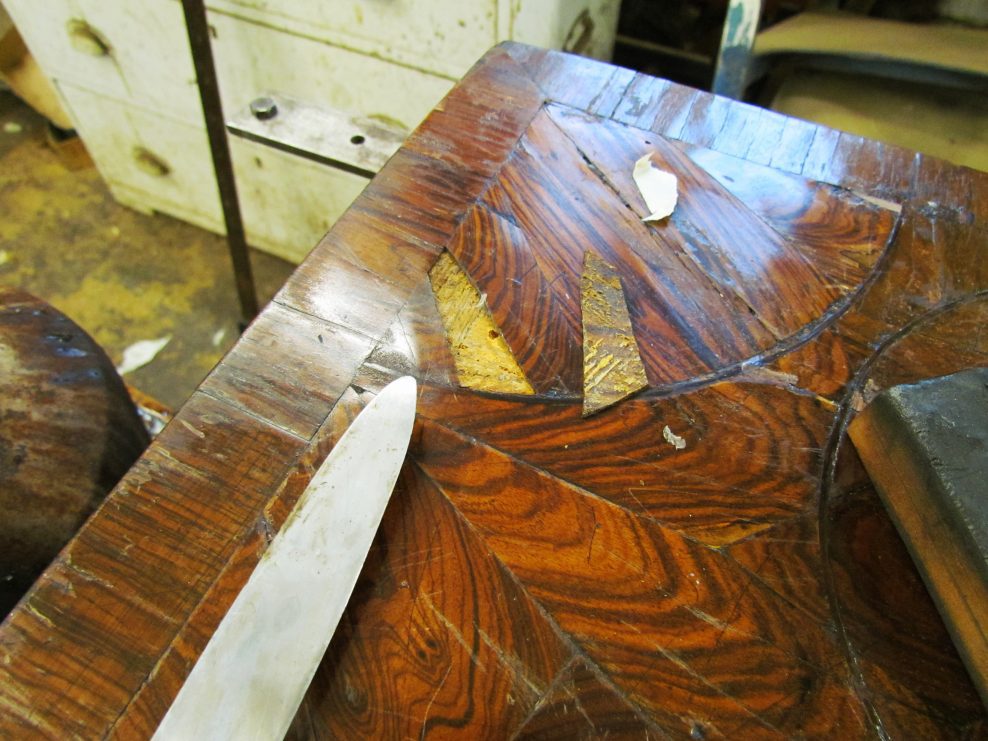 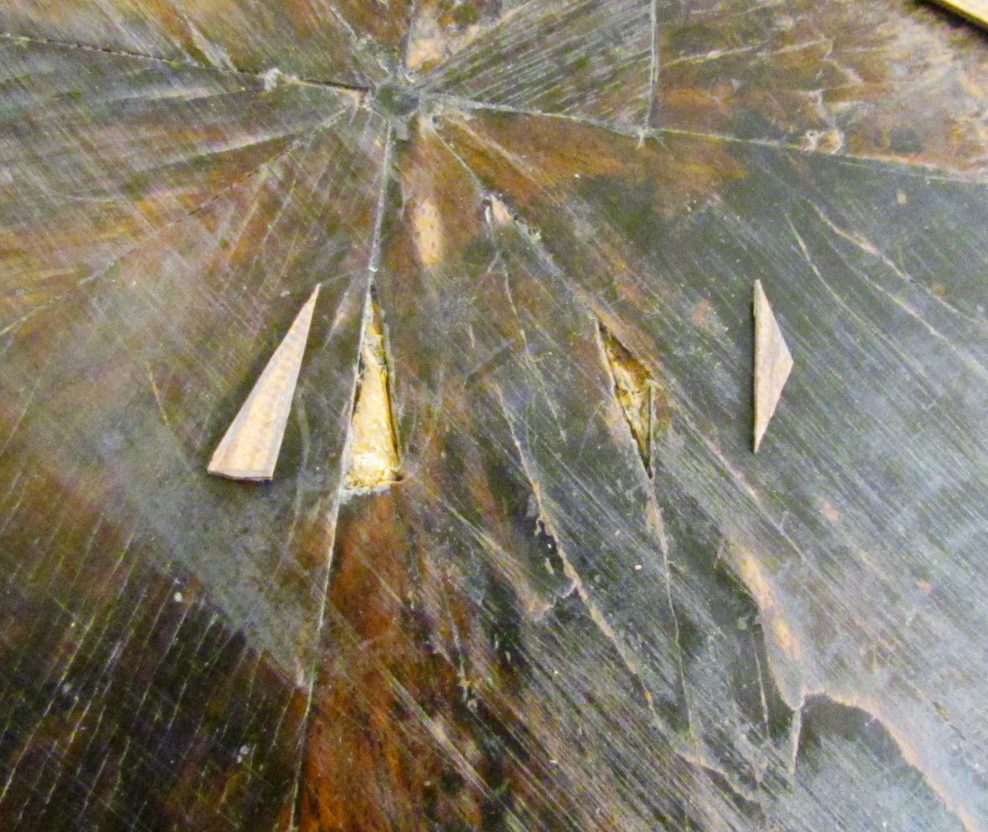 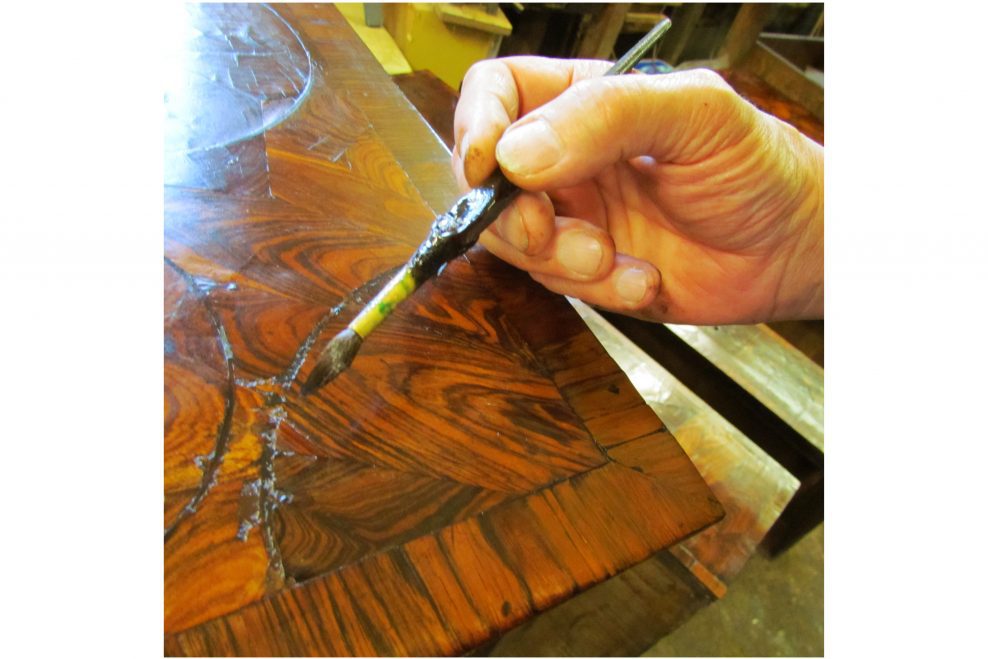 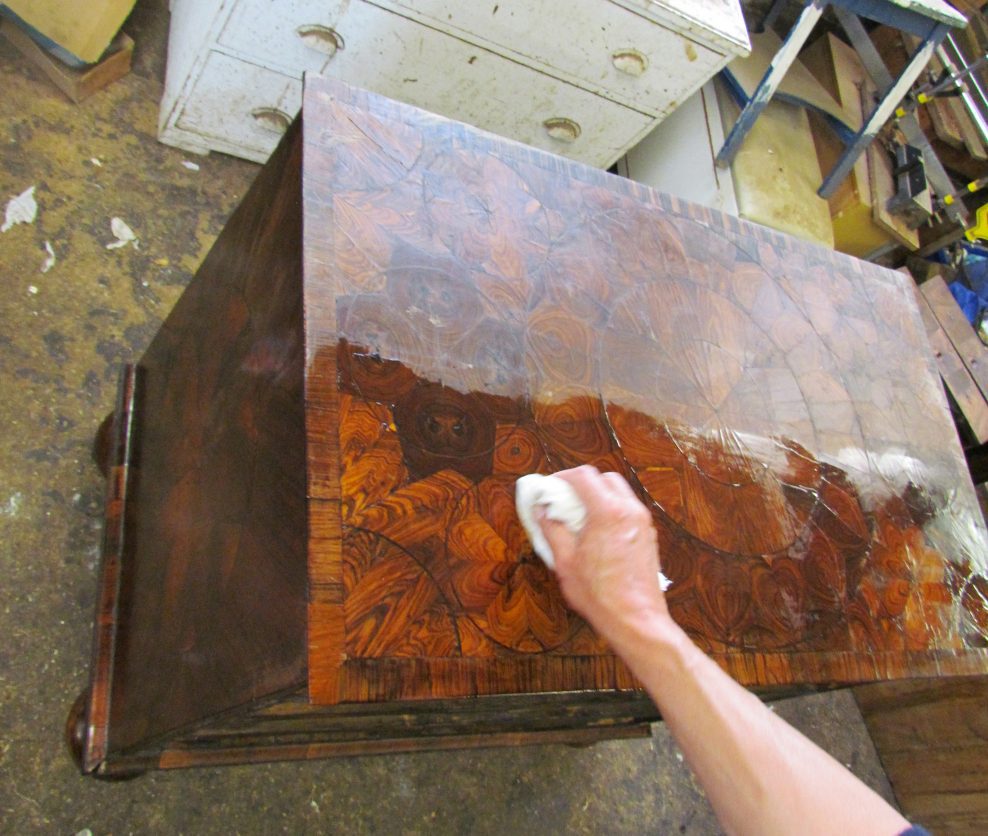