A restoration of the Oriel Window in the Great Hall at Hampton Court Palace.

In 2007 I was contacted by Mr M Stafford, the Conservation Building Surveyor of the Historic Royal Palaces, to examine the Oriel Window in the Great Hall at Hampton Court Palace. Upon my inspection it was apparent that the window was in need of restoration. Although the condition of the leaded glass window was generally sound a number of painted pieces were cracked or broken. The damage to the window was caused by a variety of reasons but most likely due to the deterioration of the iron casements that caused stress on the fragile glass. Superficial dirt on the internal surface of the painted glass was unanimously apparent. Therefore over a period of nine months, with the assistance of members of my studio, I meticulously conserved the window to its former glory.
The Great Hall at Hampton Court sits at the very heart of the Tudor palace. Hampton Court was originally transformed from a medieval manor, situated thirteen miles south-west of London into a palace deemed remarkable by contemporary observers by the English statesmen, Thomas Wolsely. However, just seven years after is initial completion, Henry VIII assumed occupancy and began a process of extensive remodelling which lasted for ten years. The remodelling was designed to impress and to proclaim Henry VIII’s power and magnificence. However, it has been argued that certain aspects of Wolsely’s initial renovation remained. The Oriel Window, which resides in the Great Hall is one of these features Henry VIII may have reused in his remodelling of the palace. Historian Howard Colvin identifies that the there is a ‘  very close resemblance between the Hampton Court oriel and the one at Christ Church, Oxford, is also readily explained if they were contemporary products of Wolsely’s works rather than designed by different men at different dates’.
The window, restored in the 1840s by Thomas Willement, was therefore of great historic significance. It was for this reason that I made the conscious decision not to over clean or over work the panels so that they retained their historical integrity. At all times during the nine-month procedure, during the work at the studio, whilst on site and during the process of preparing the post-conservation report I considered how the conservation will enable future generations to be aware of the work carried out, and how the conservation will prolong the life of the historic glass.
Throughout the whole process of the conservation I wished to retain as much of the original fabric and other subsequent glass and lead as possible. The work was meticulously undertaken with a full photographic record before, during and after the conservation necessary for the post-conservation report, which can be found on my website.  The documentation, taken in reflected and transmitted light, provided details of any cracks or holes in the glass, the lead types and sizes, previous insertions, the painted details and any other interesting marks of symbols. Each panel was thoroughly examined to assess the stability of the glass paint. The restored iron casements, whose restorations were overseen by myself, were hung on their original pintels. 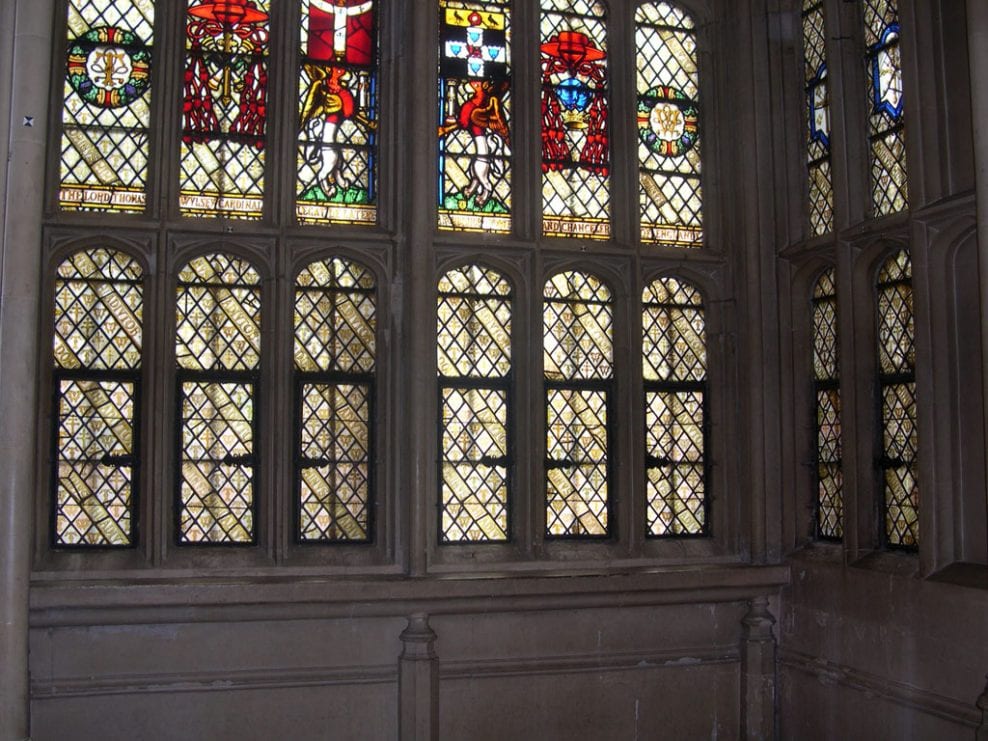 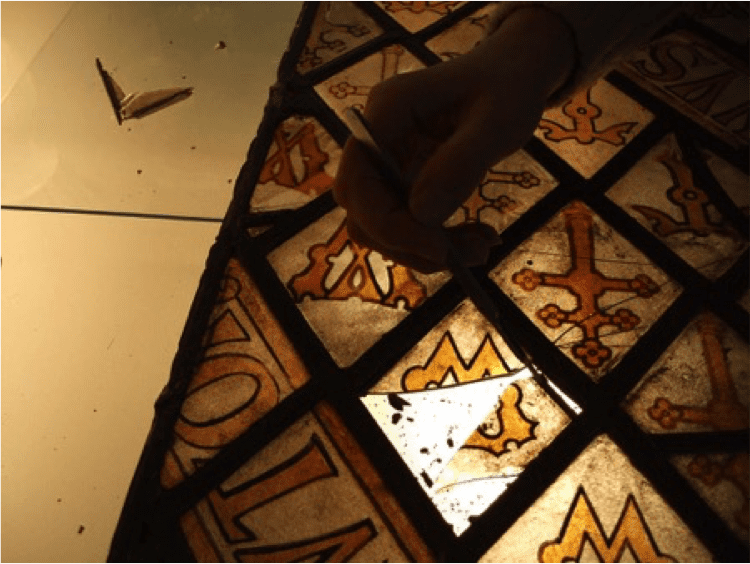 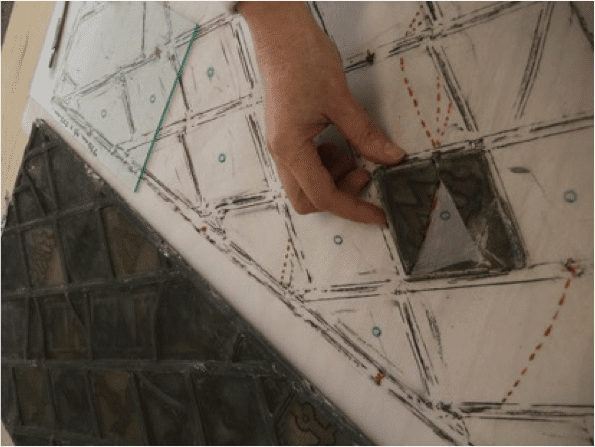 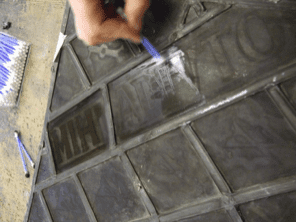 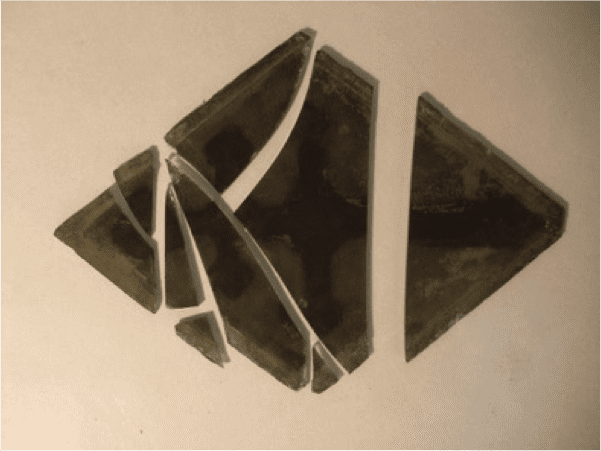 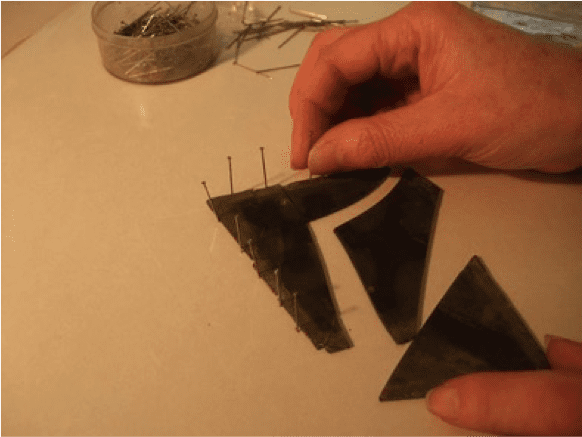 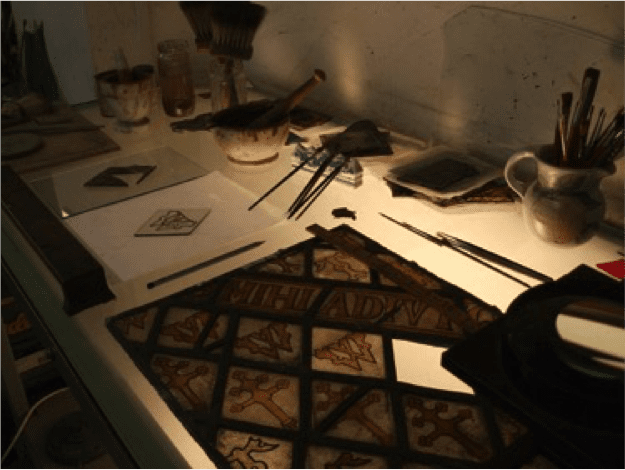