Galkoff’s and the Secret Life of Pembroke Place, Liverpool

This tiled frontage had  the explicit display of Hebrew lettering, considered to be the last remaining of its type in the UK. Approximately 855 faience green and cream lead glazed tiles were conserved.

Edge Conservation Services undertook the conservation of the tiles removing them from the building in freezing weather in December 2017. As it had not been possible to undertake detailed investigations prior to starting on-site, we were not able to accurately predict the exact methodology the would work most effectively for the safe removal of the tiles. However,  within the first hour of work of being on-site it became clear that the frontage had been made to last! A tapping survey showed the tiles making the main ‘banner’ across the shop front were very well adhered, and on removal it was found that a ladder frame had been attached to the brick face of the building, to which chicken wire and a rough Portland cement layer had been applied. A finer layer of Portland cement created a smooth surface to which the tiles were applied, with yet more Portland cement!.

Back at the studio the work began to remove dirt by brushing and vacuuming, and steam cleaning where necessary. Once the tiles were clean, fragments were consolidated and re-bonded. In some cases, areas of tiles were missing, and these were remodelled in plaster of Paris by casting replica sections using moulds from extant tiles. The cast sections were then retouched to blend sympathetically with the original glaze.

While most of the tiles could be cleaned and consolidated, using as much original material as was available; some tiles were completely missing, and needed to be replicated. This was undertaken by Craven-Dunnill Jackfield Ltd.,a Shropshire-based company specialising in the reproduction of heritage tiles and architectural faience. Shape, size and colour matches were ensured by basing the replicas on existing examples. On display at the Museum of Liverpool the replicas blend in to create a complete shop front but  on close inspection are visibly different, having not been artificially aged or weathered.

To recreate a whole shop front a steel frame was constructed onto which mounted ‘trays’ of tiles were fixed, forming a modular system, a total of eighteen trays of tiles making up the façade. Each tray contained tiles mounted onto lightweight Cellite 220, with fixings embedded into the reverse. The shop front was installed in the Museum of Liverpool in September/October 2018, after nine months of meticulous conservation.

Through the project the team from the Museum of Liverpool worked with members of Liverpool’s Jewish community and explored its history. The community has now relocated to suburban Liverpool, as the Pembroke Place area has become increasingly home to institutions rather than homes and businesses. Galkoff’s was a last vestige of the history of a flourishing Jewish community in this area of Liverpool. With considerable community support, and that of the Galkoff family themselves, this project saw the tiles being brought back to their former glory, as Lawrence Galkoff, great-grandson of Percy Galkoff reflected, “It is incredible to know that after many years of abandonment, that historic installation is now safe and cared for and available for the public to once again marvel at”. 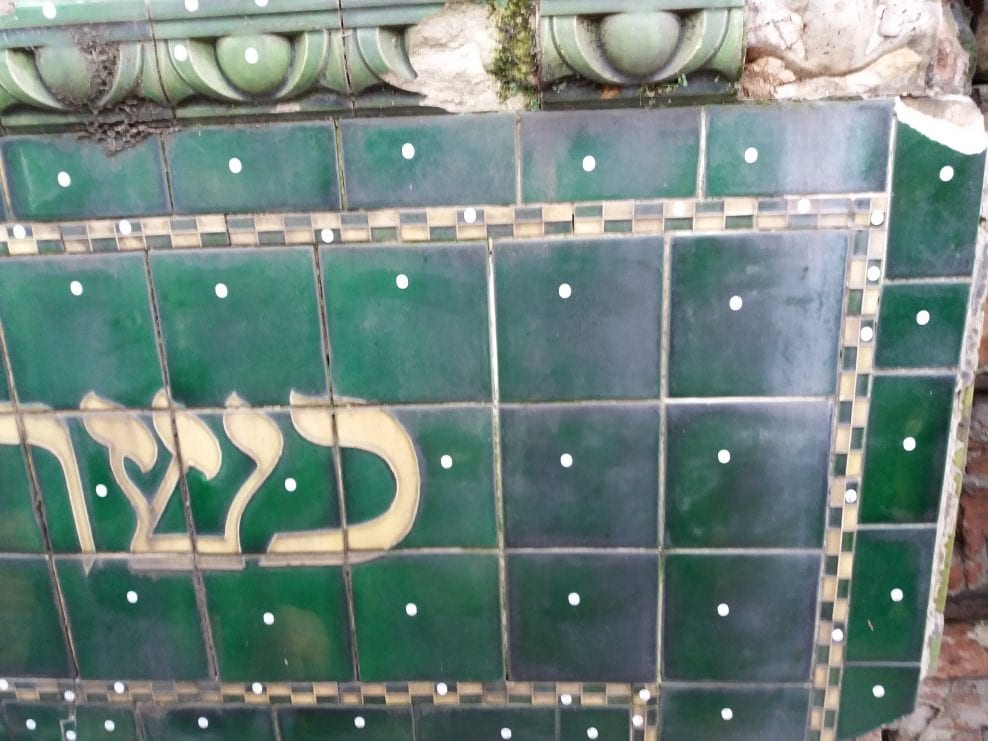 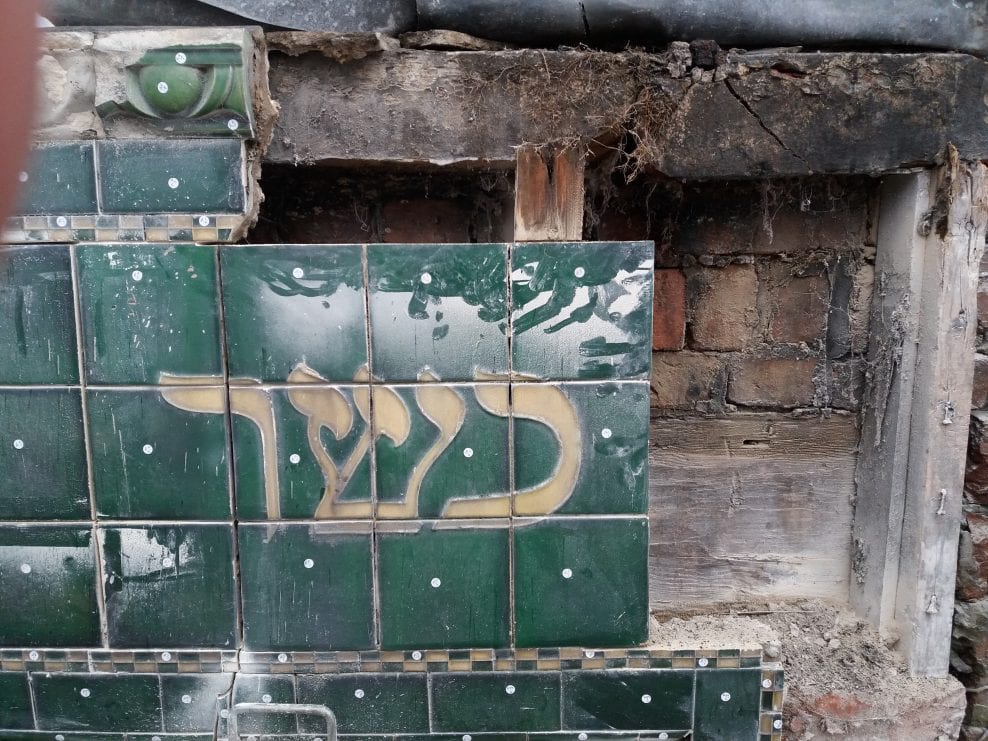 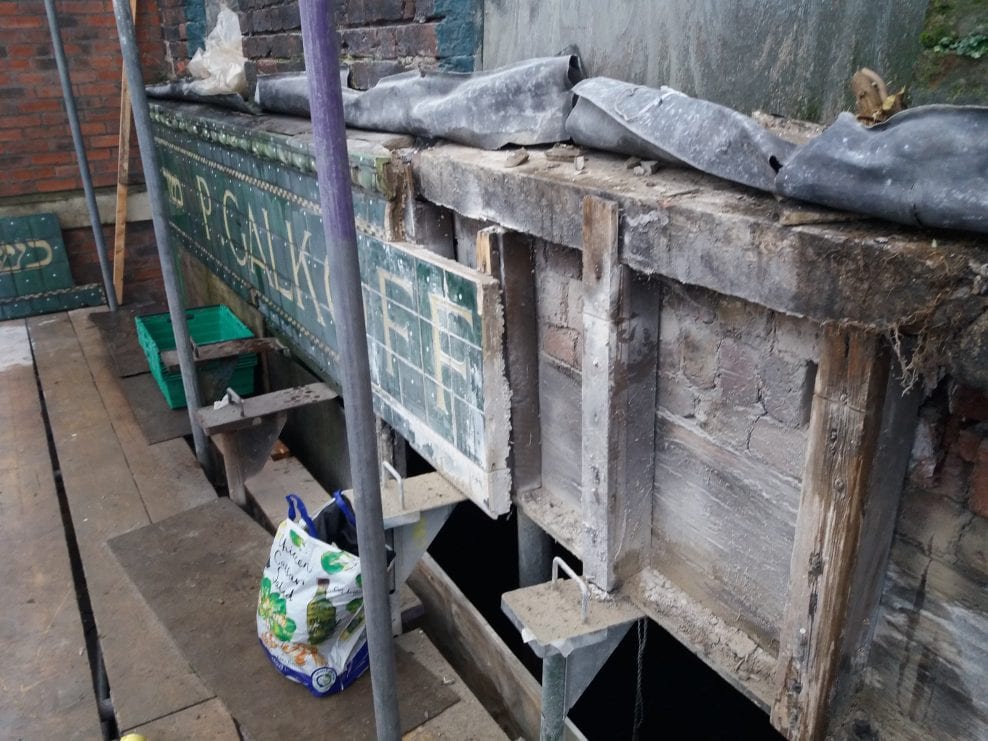 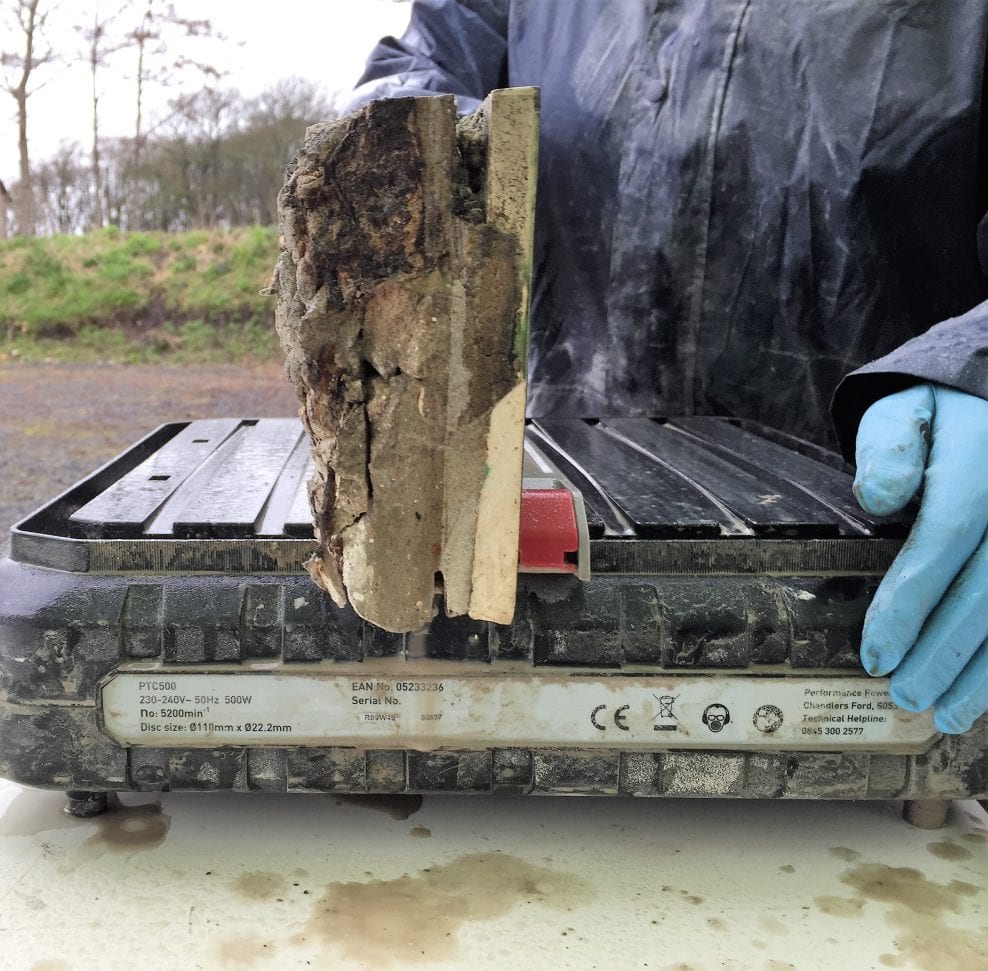 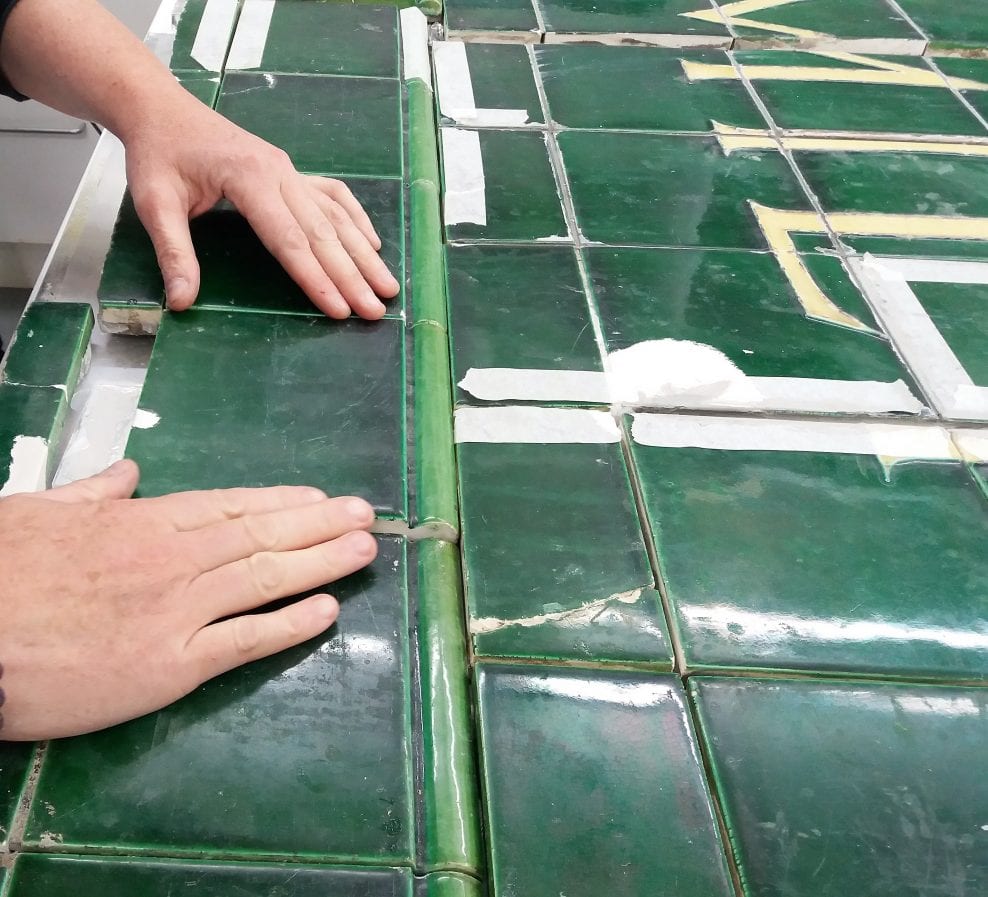 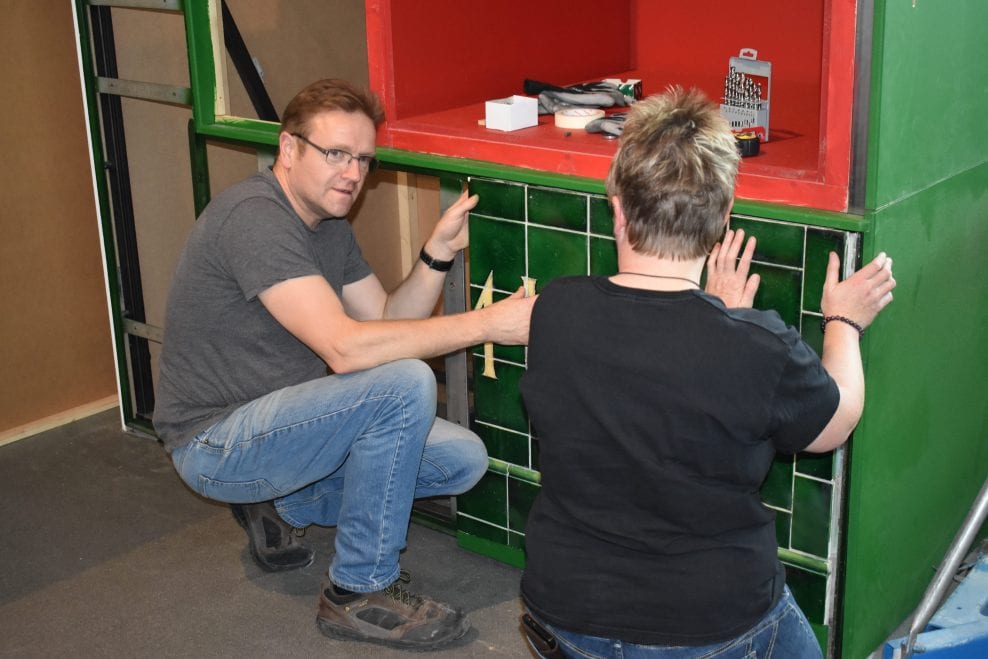 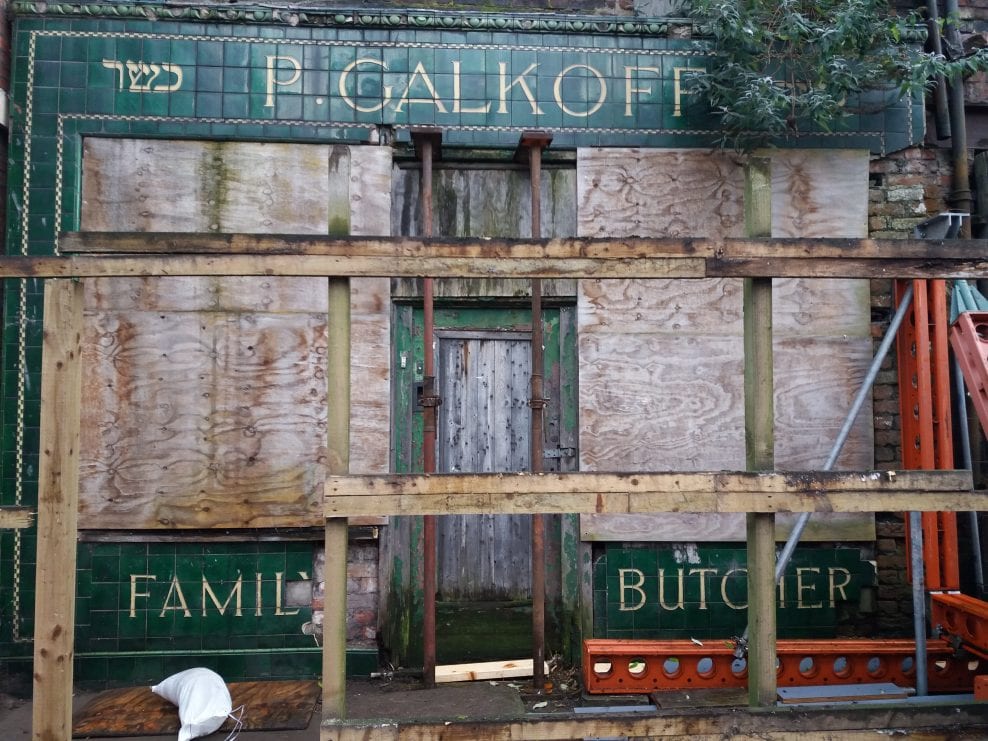