The tapestry was in an overall fair condition, with good bright colouring. It is very finely and tightly woven. The tapestry had been reduced in height by 16cm in total by a horizontal pleat across the entire width just below the top border. The stitches holding this fold in place were under strain.

All four blue gallons were turned under and hidden under the lining, hiding a weaver’s mark on the lower right-hand galloon and a Brussels weaving mark in the LH corner of the lower galloon. The top border was very distorted and unable to lie flat due to the addition of 18 short metal wire ‘stays’ that had been stitched through the lining behind the top border – presumably with the aim of ‘stiffening’ the top edge. These were tightly stitched and were causing damage – the wires were bent and misshapen. There were also brass rings sewn across the top edge. The tapestry was formerly hung around a corner; a vertical band of more extensive damage was noted through the corner area, across 3 sections. The tapestry had been hanging from two separate rod and pulley systems, one on each wall, which created different tensions and caused problems during removal from the walls.

With the lining removed, it was possible to see the previous repairs – these were extensive, worked through large linen patches on the reverse, now degraded.

The lining, cotton webbing tapes, rings and metal stays were all unpicked and removed. The horizontal pleat was unpicked and released to enable the tapestry to be laid out flat. The excess degraded linen was cut away from around previous support patches on the reverse in order to lessen the degraded material and in preparation for wet cleaning. The tapestry was surface cleaned by vacuum cleaning on both sides. Minimal stitching support was carried out to hold gaping slits and weak areas together for safe handling during wet cleaning. The tapestry was rolled and packed for transport to De Wit in Belgium for wet cleaning.

After Treatment: The condition of the tapestry was improved by removing the metal stays & previous lining. The wet cleaning process at De Wit was straightforward and produced excellent results. 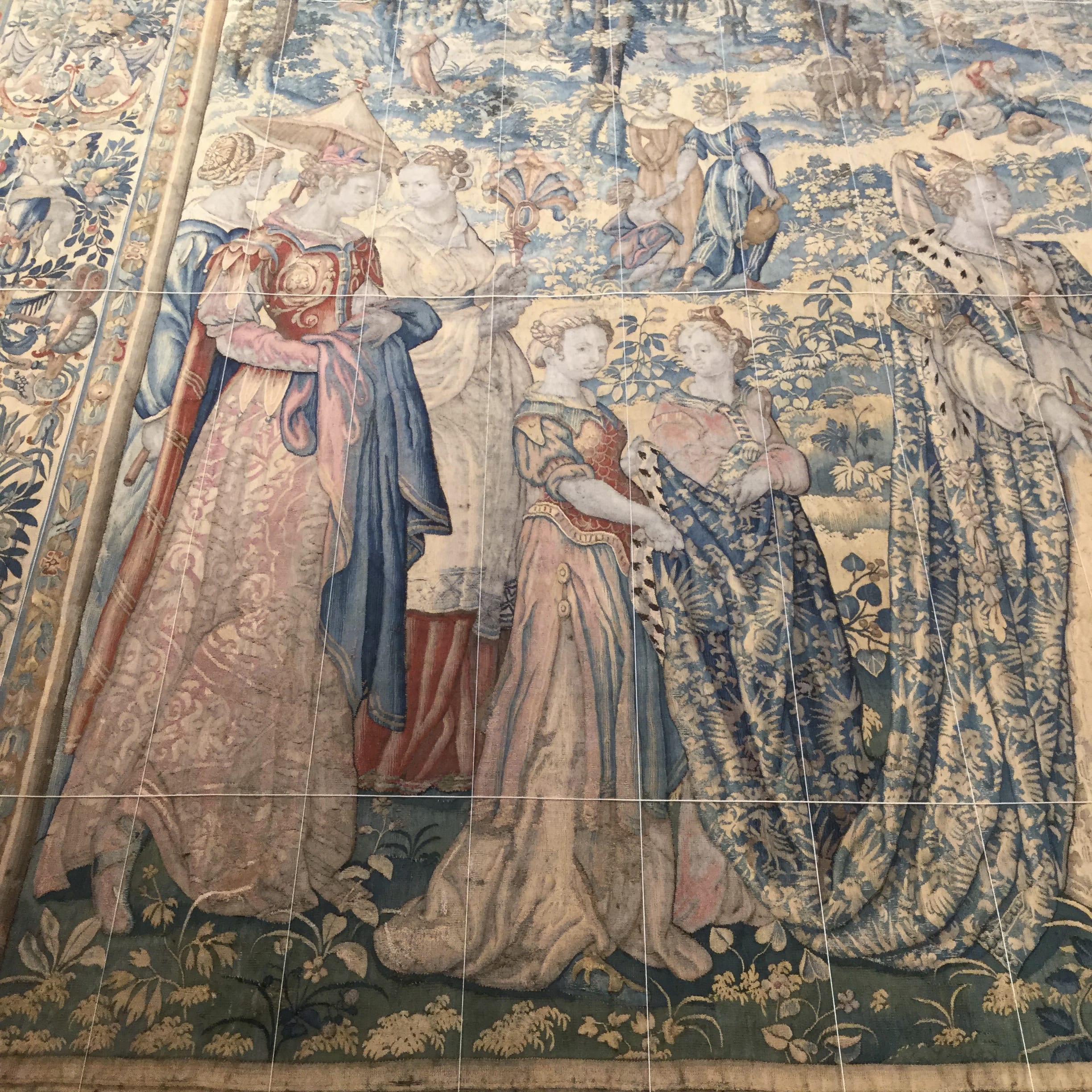 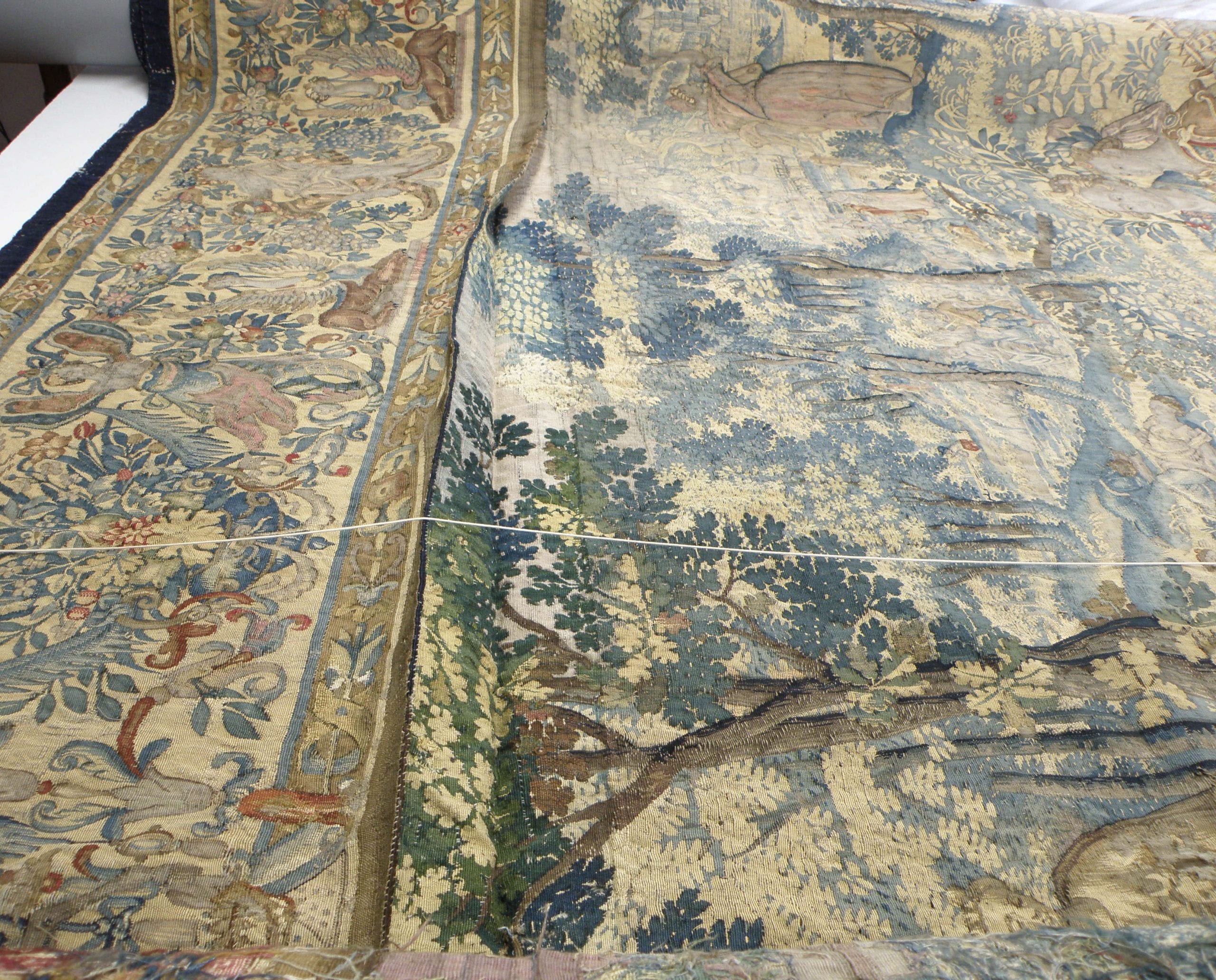 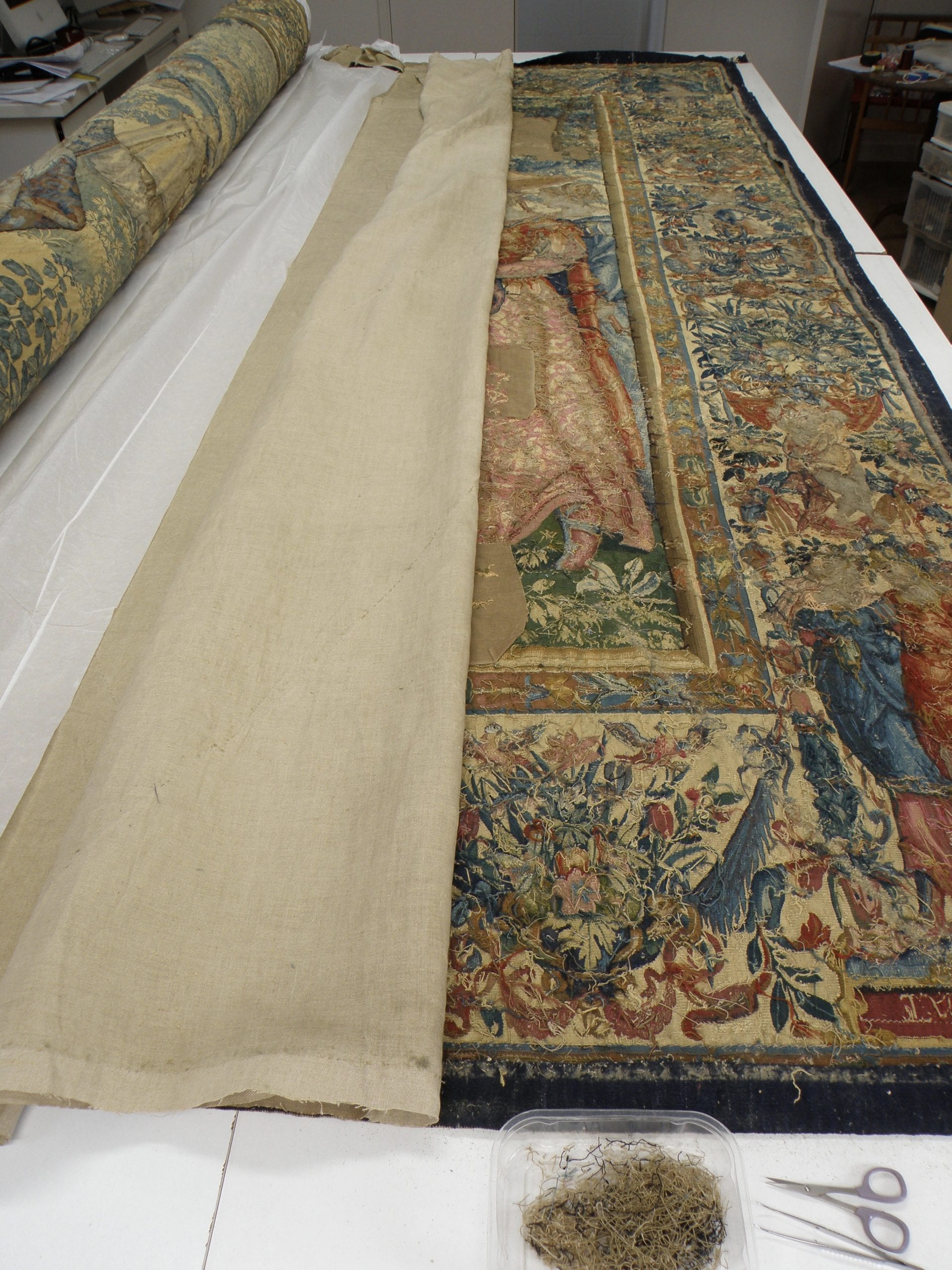 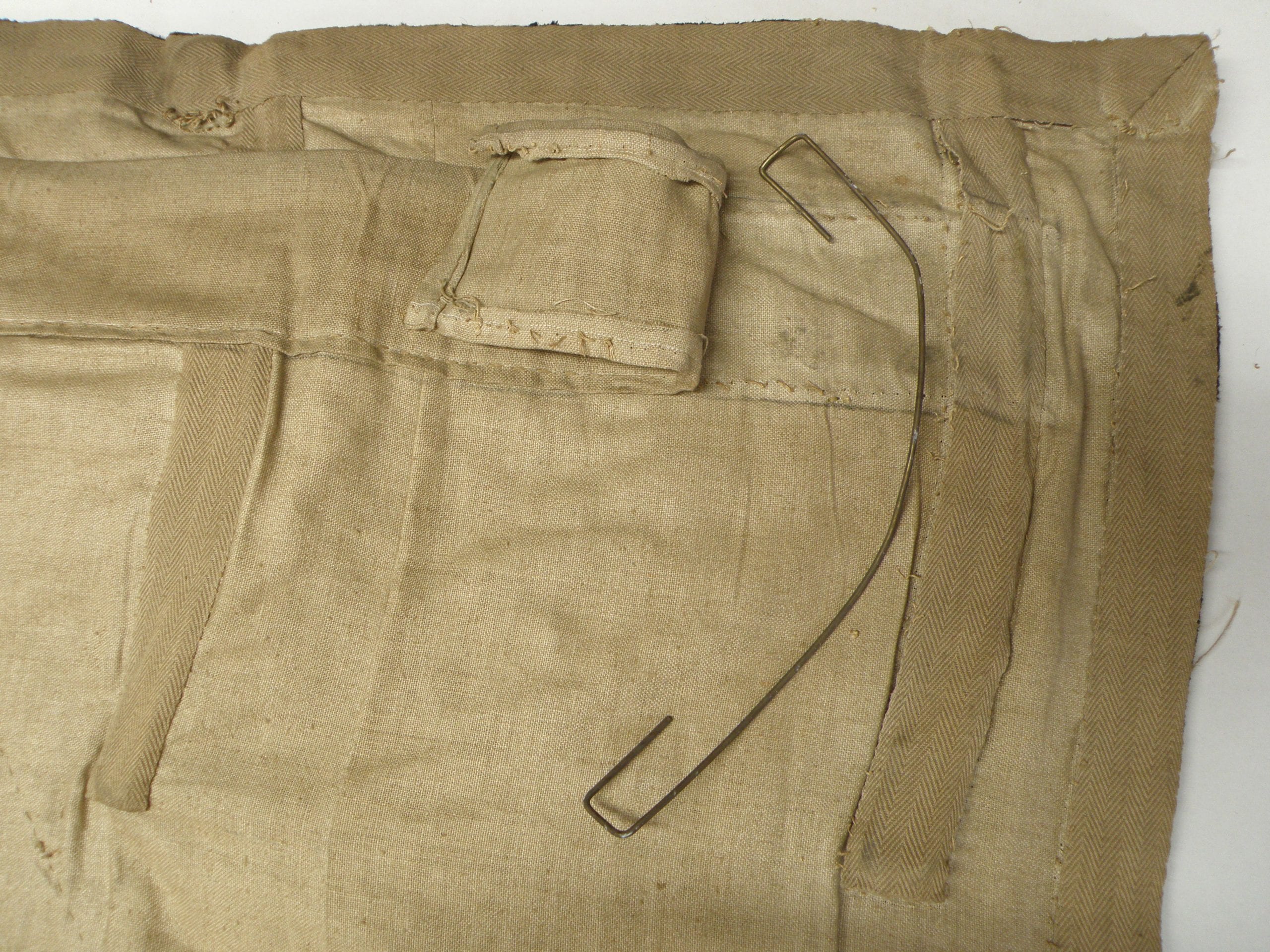 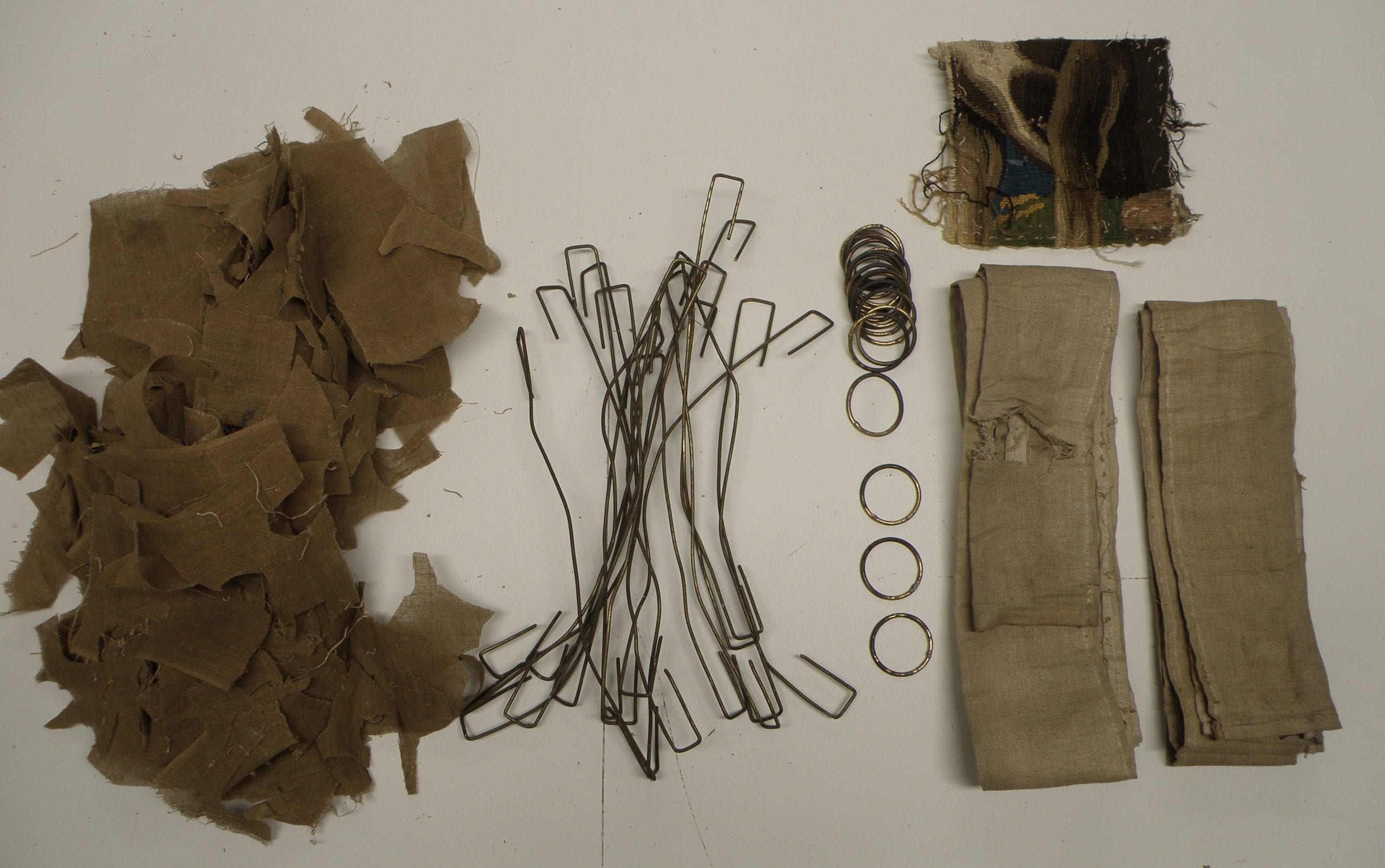 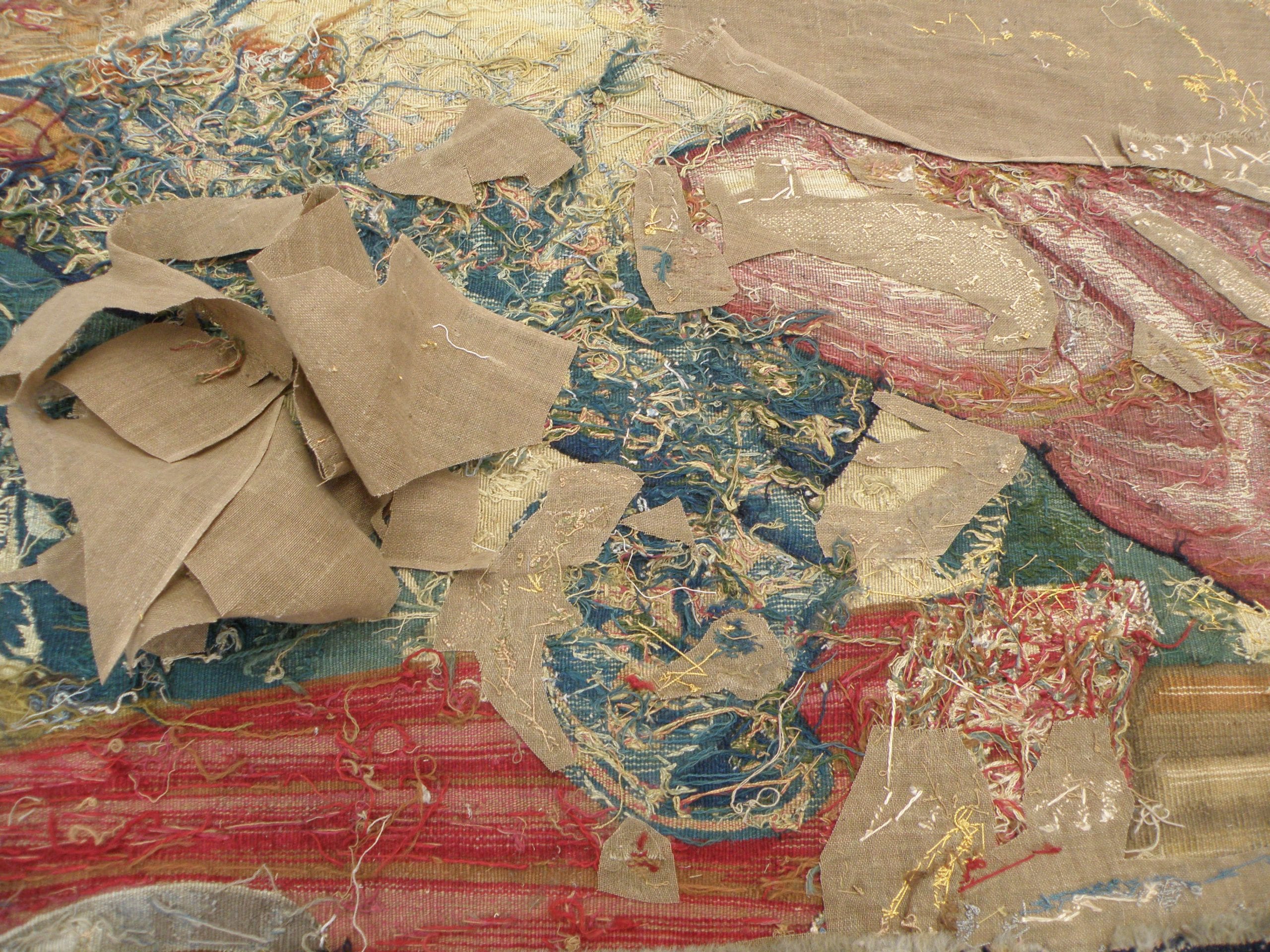 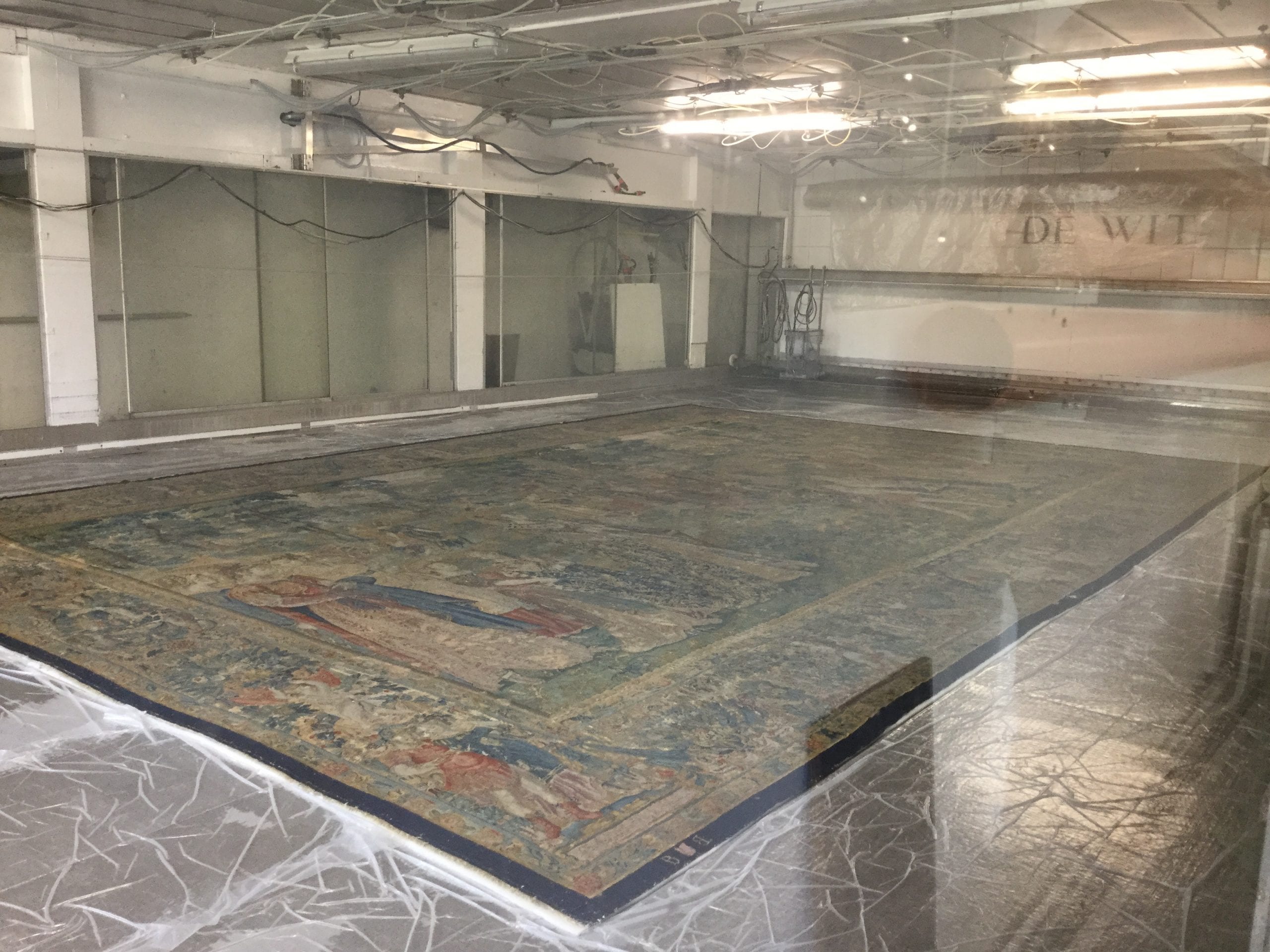 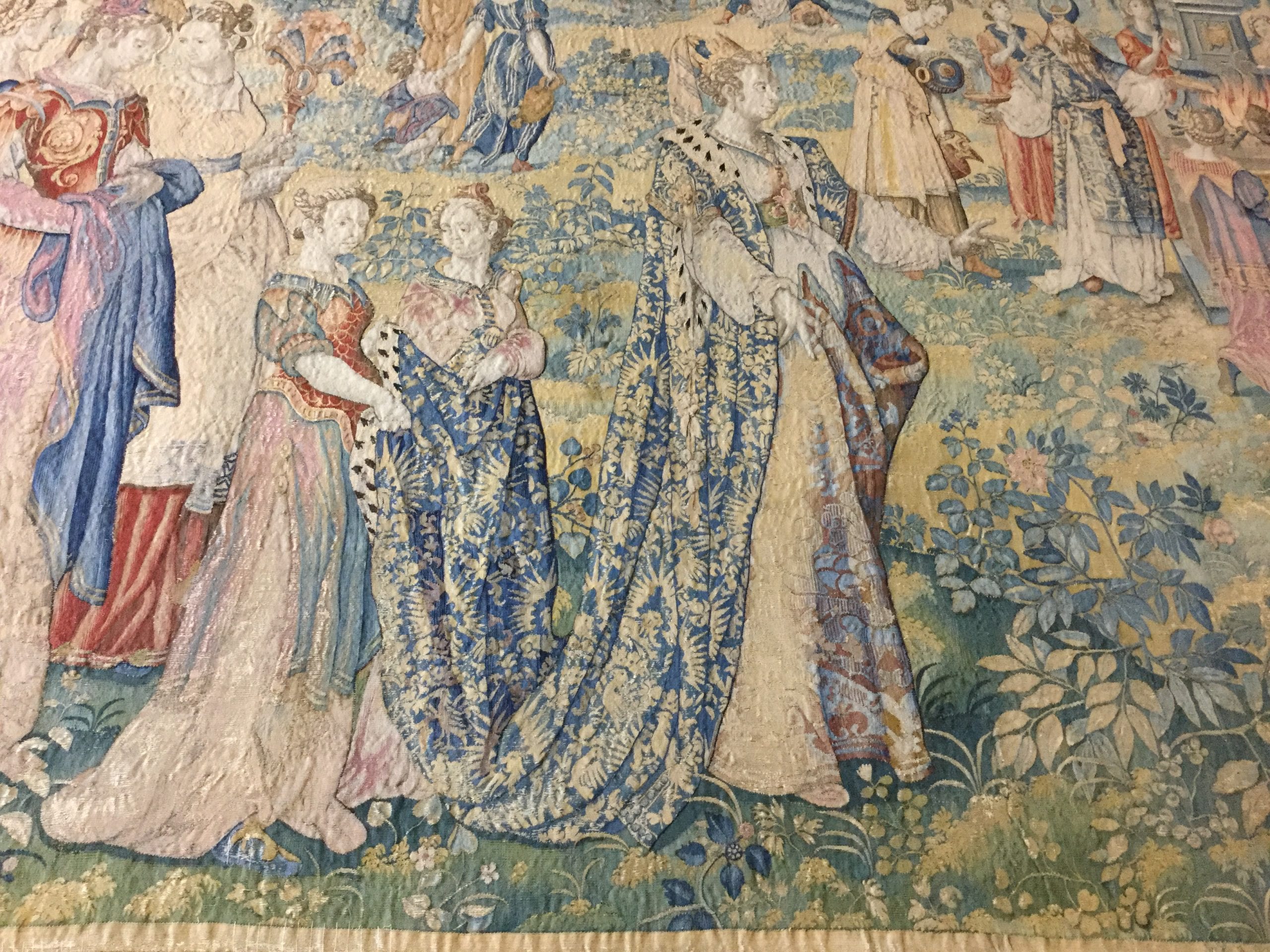 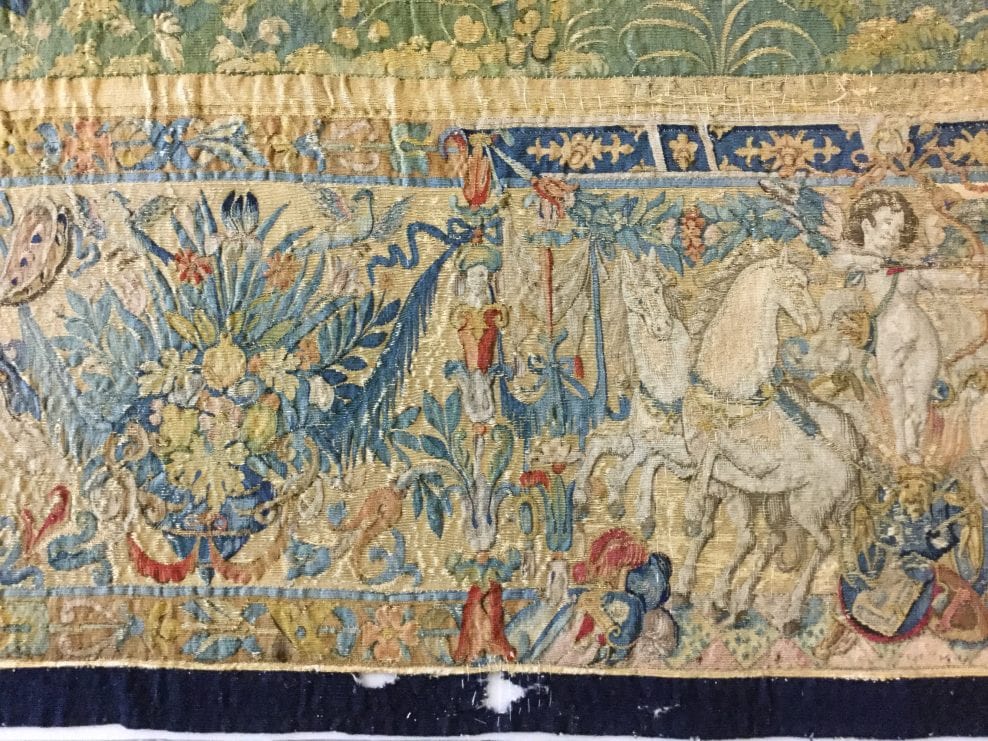