The Grimsthorpe and Drummond Castle Trust commissioned my conservation survey report, which itemised the works that were recommended and necessary with associated costs for the conservation of the very fine Drummond Sundial in 2016. Initially I had believed that the base stone was in such a vulnerable condition that it compromised the structural integrity of the whole Sundial from the base up. The open vertical bedding planes/laminations visible at the supporting shaft and upper obelisk were also a worry structurally. The following structural engineers report agreed that the compromised base with horizontal de-laminations and the shaft with vertical open laminations were a structural health and safety issue.

The first stage of the conservation works were to unfortunately dismantle the entire sundial which was completed successfully in 2017.

The Grimsthorpe and Drummond Castle Trust Clients were very involved throughout the project, including several in our workshop talks organised dealing with all the analysis and research involved in this very challenging and exciting project.

A bespoke scaffold was built to enable a running beam to be erected over the top of the Sundial to allow us the access for the careful dismantling and lifting of each sandstone element and heavy weights that each section was. Each section of carved stone was splinted and reinforced to ensure that each section was supported throughout the cutting at each major joint. Each section was then lowered to the ground using a block and tackle, slings and isolating plastazote to protect the stone from any damage. The Sundial was carefully taken part into five major parts. We found that through the centre of each section was a large yellow fibreglass rod secured in the previous restoration procedure in the 1980’s. the Drummond archives are very good and they found a restoration report on some of the materials used.

It was not until the lower shaft was splinted and cut away at the lowest joint adjoining the base stone, when we were able to find the exact method of fixing the whole Sundial to the ground, which it turned out to be a very short dowel, which together with the face bedded/laminating sandstone was a health and safety problem just waiting to happen.

All conservation works were carried out in our workshop. Lime based grouts, ethyl silicate based consolidants and other materials were eventually used following trials, and each element of the works were documented and recorded in a final report for future Conservators and the important future maintenance. All materials used and each area where each treatment was applied were detailed in drawings within the Final report.

The very deteriorated and structurally unsafe base stone was re-carved in a new piece of swinton pink sandstone, as close a match geologically to the original as possible, using all remaining dimensions from existing mouldings of the original base.

We worked with Dr Jim Tate to assess the metals found to be used in the many gnomons set in the sundial, these were found not to be of original 1630 bronze and therefore there was then the question of the possible replacement, as well as the fact that the gnomons were slowly falling out, and Edith Drummond Gardens head gardener collected them, which she gave us to possibly re-attach.

Alastair Hunter Sundial expert was consulted and this began another extremely exciting stage of the project. All new bronze gnomons were designed, manufactured and paper templates were secured by Alastair, for us to patinate the new gnonoms, position and install.

The installation was completed on the summer solstice 2019 on site at Drummond Castle Gardens in the same site, except for a slight alignment turn of the entire Sundial as designed by Alastair to allow every dial on the Sundial to read the time correctly for certainly the first time since the 1980’s and who knows how long before. 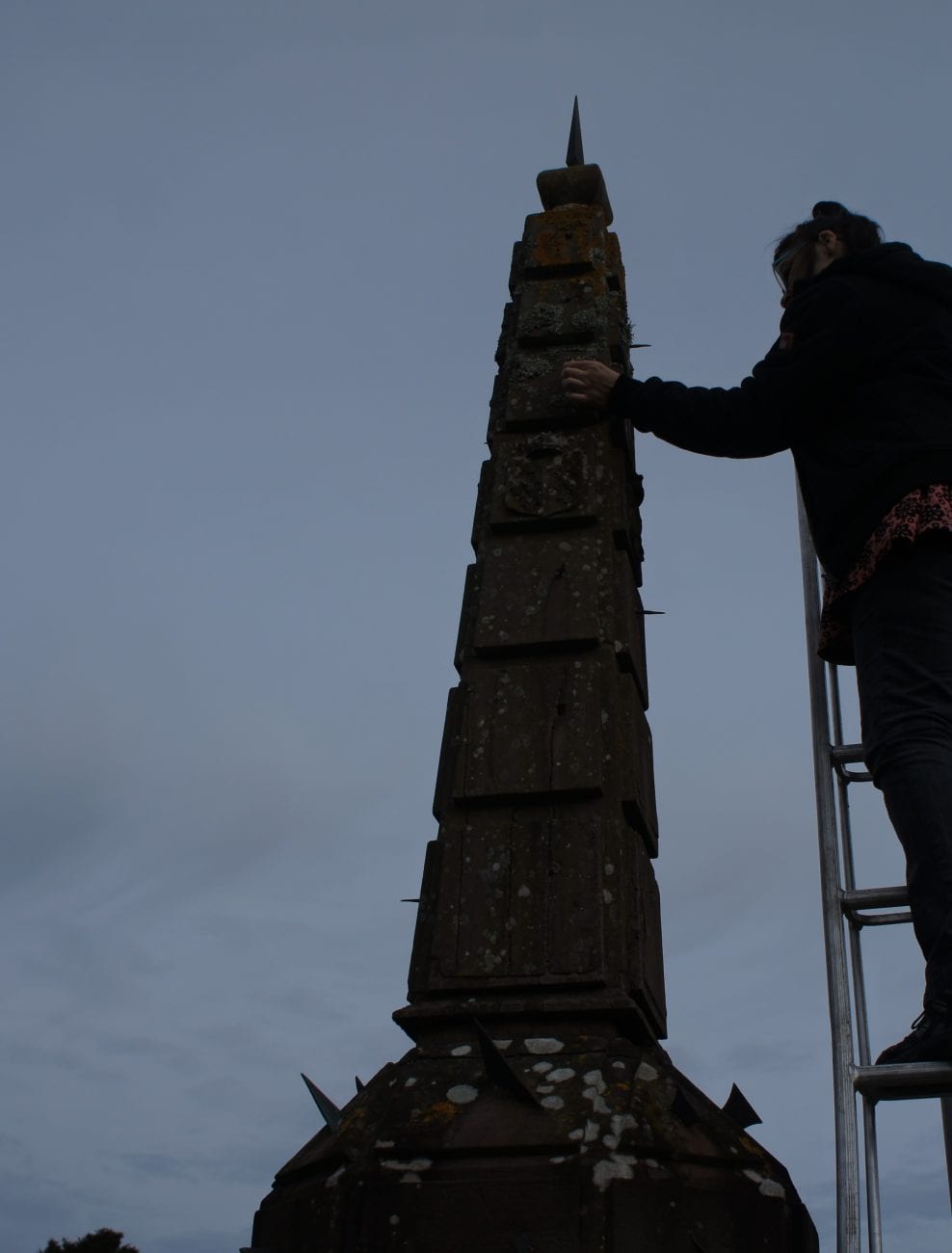 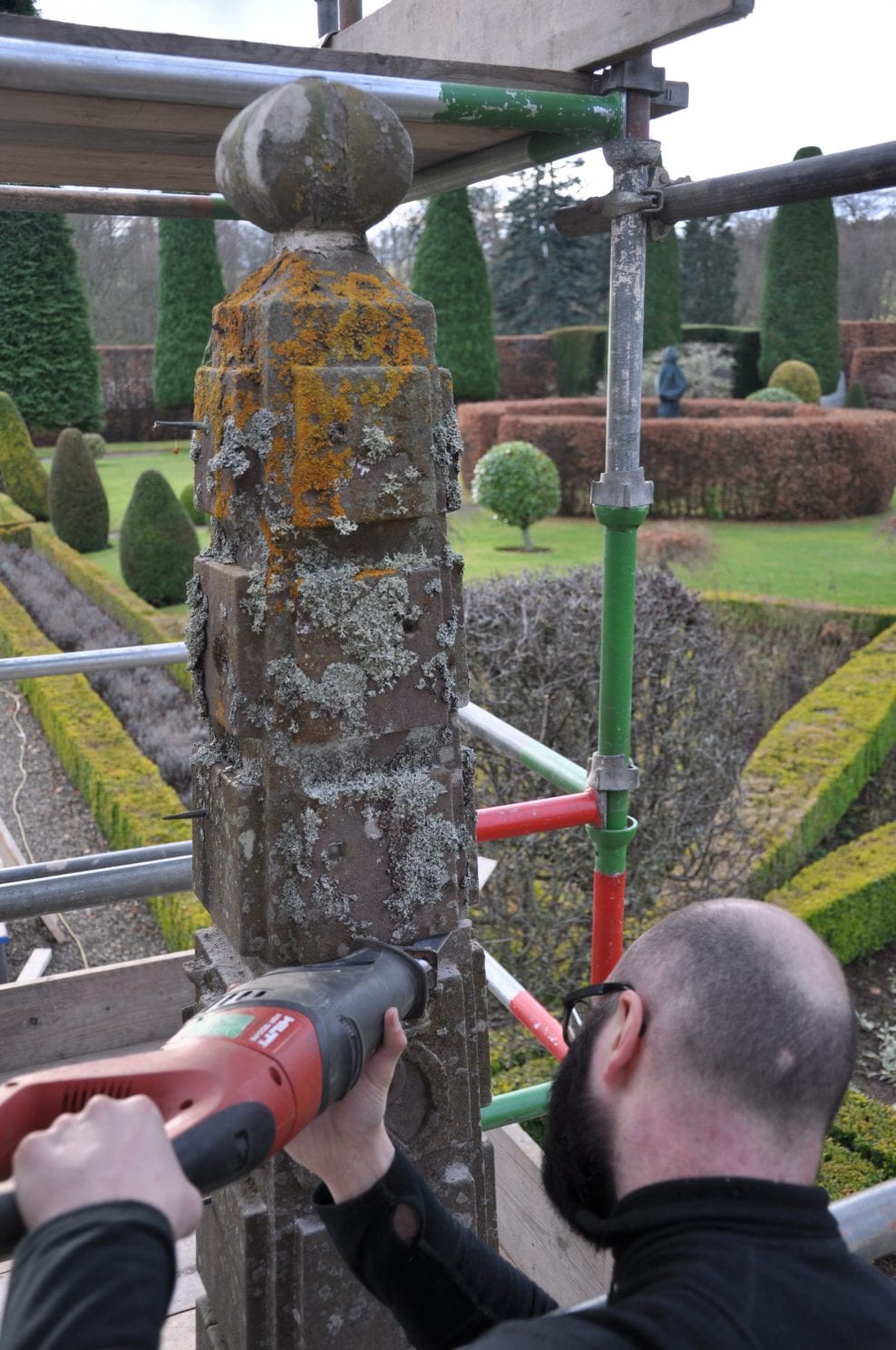 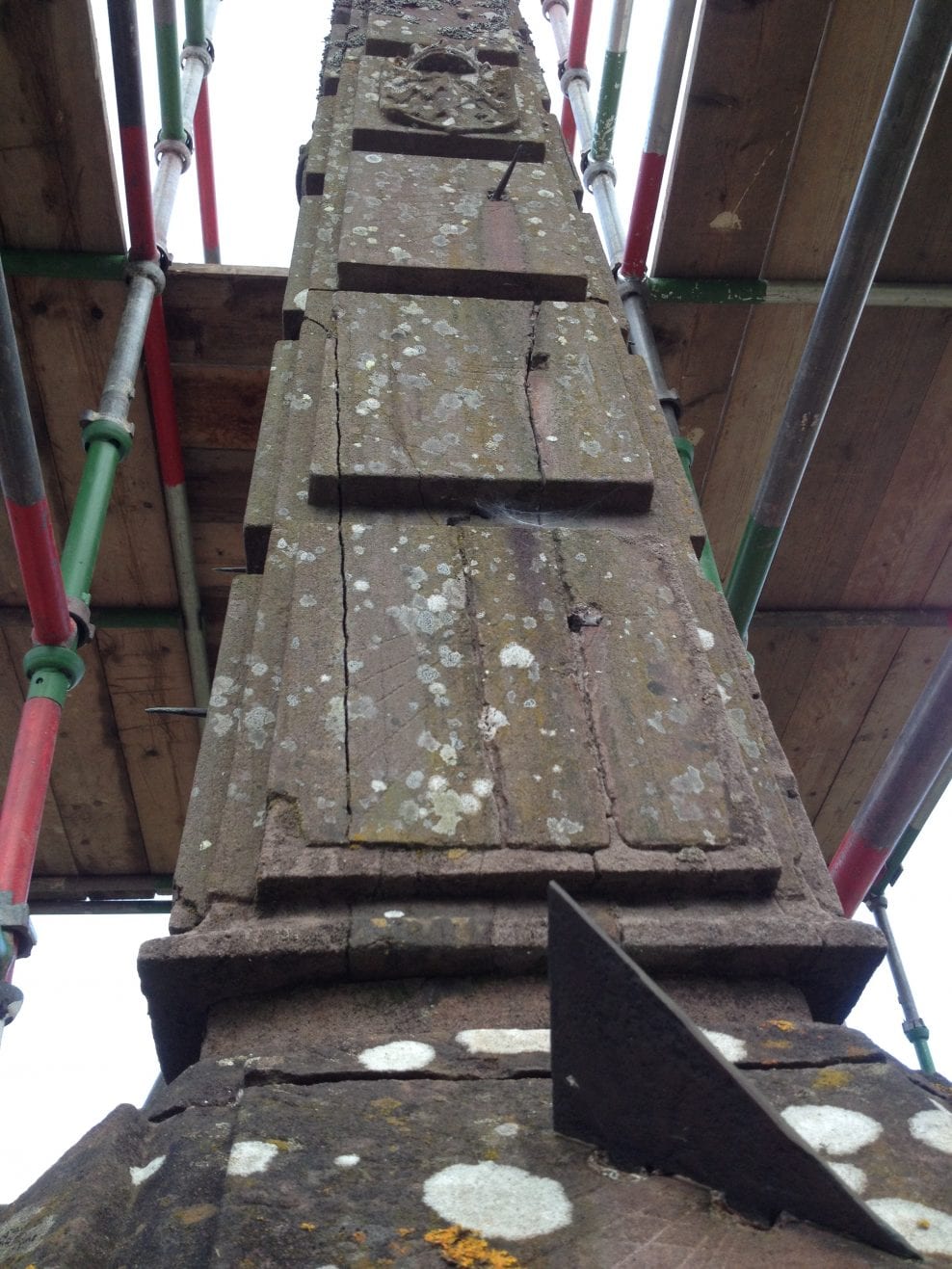 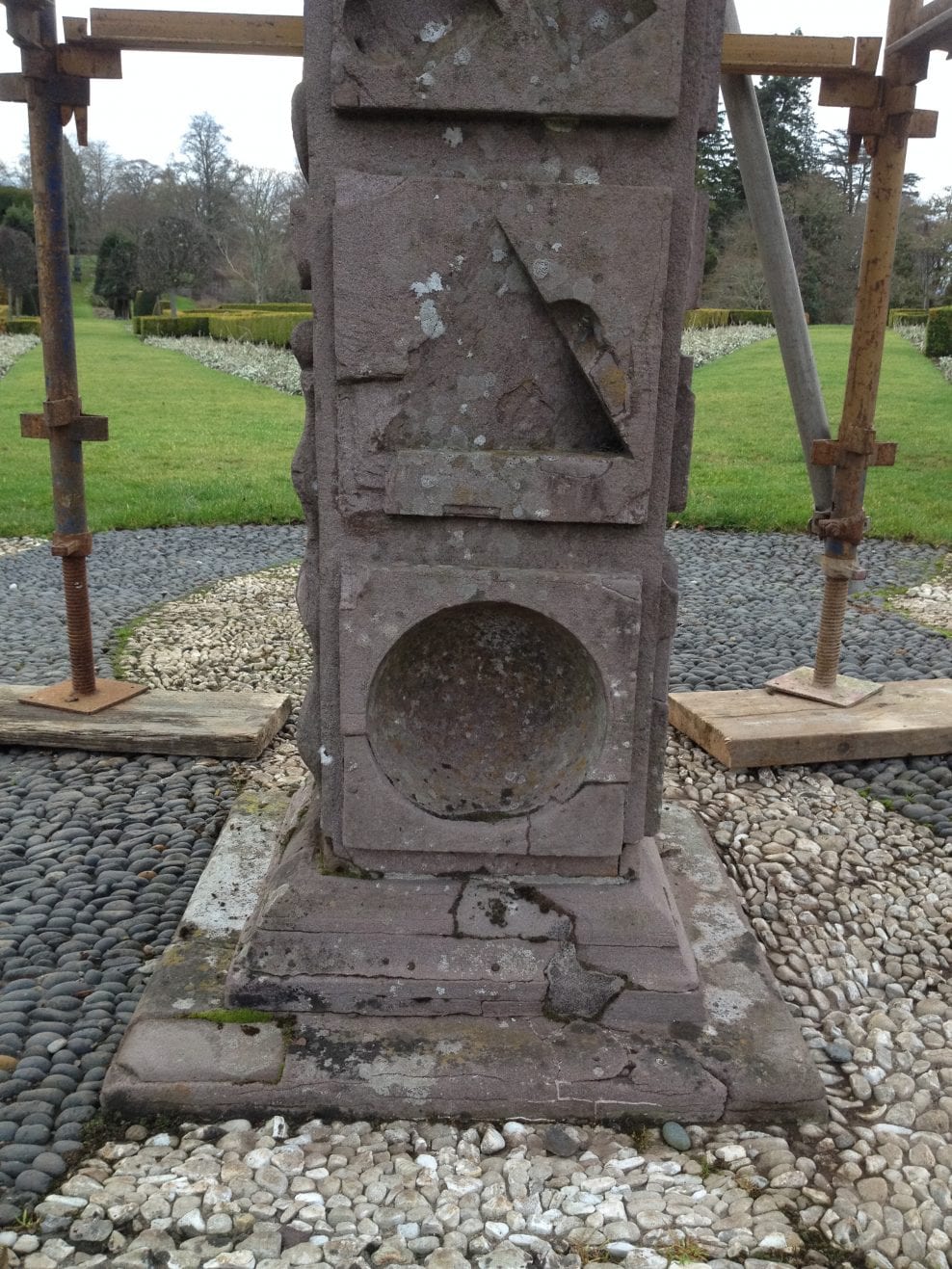 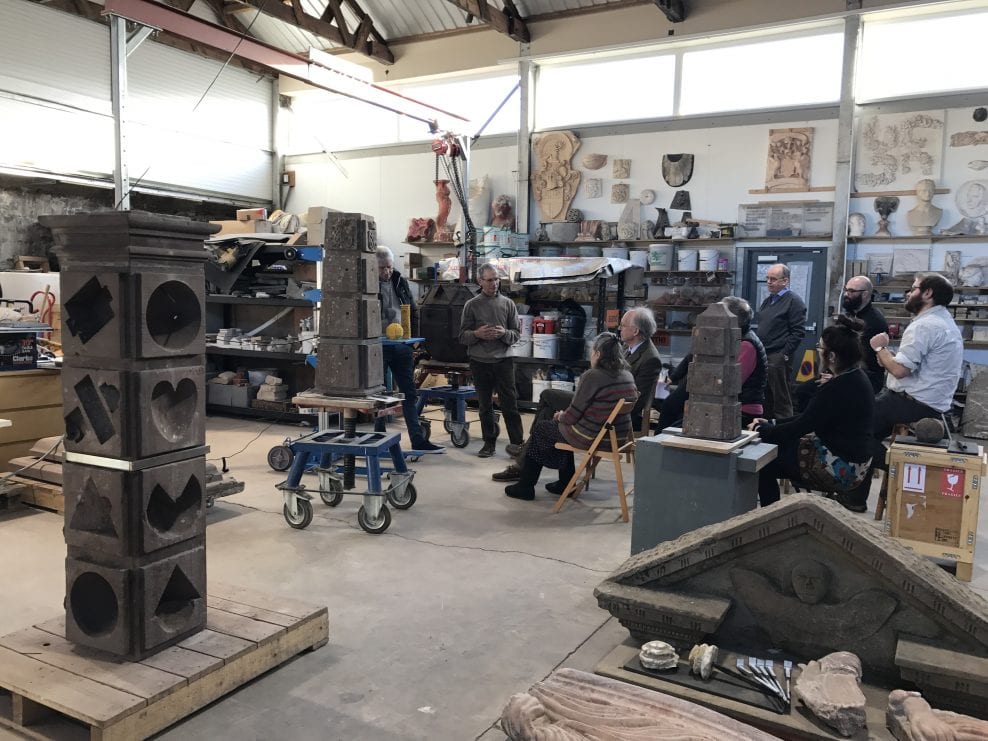 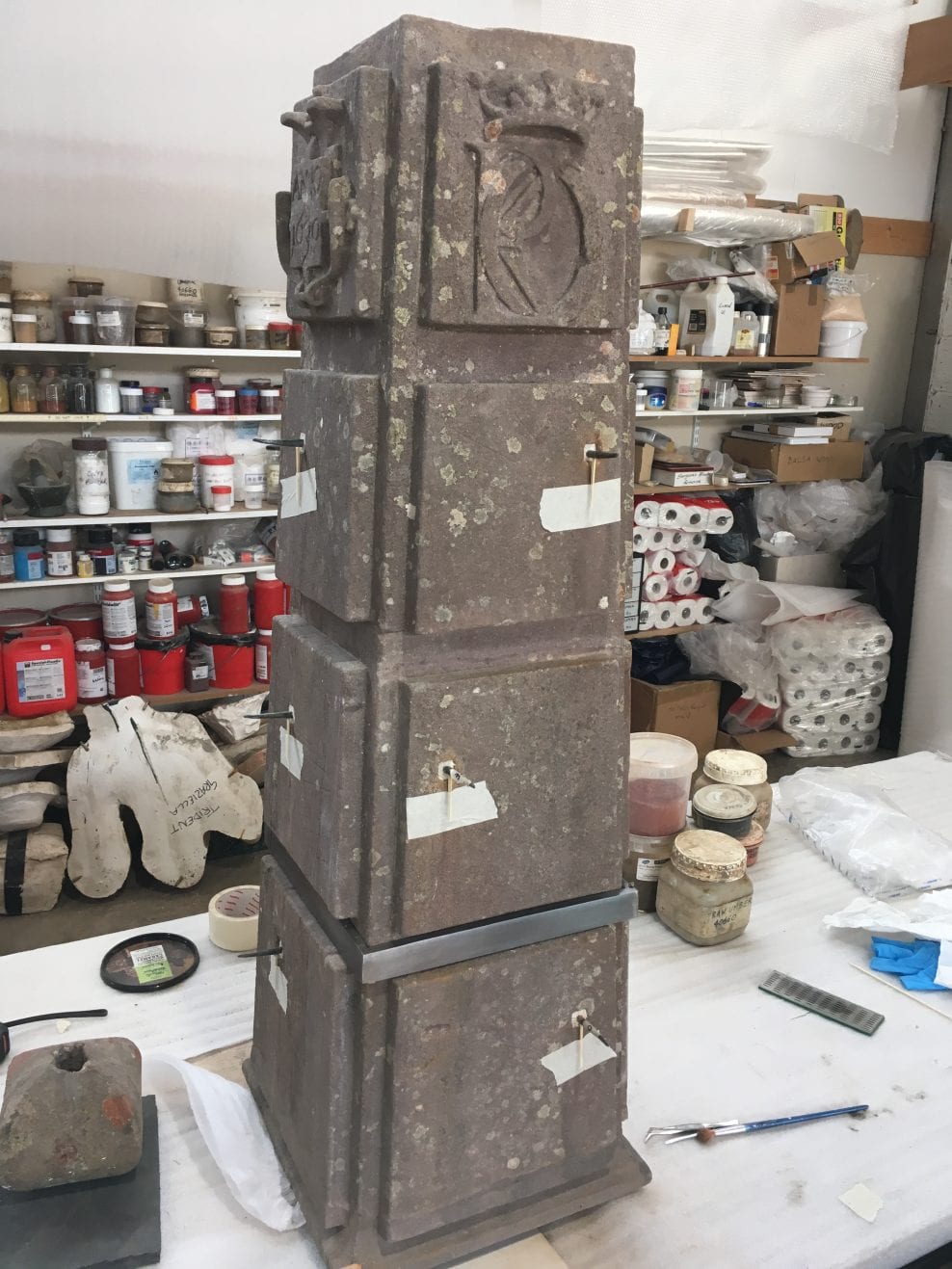 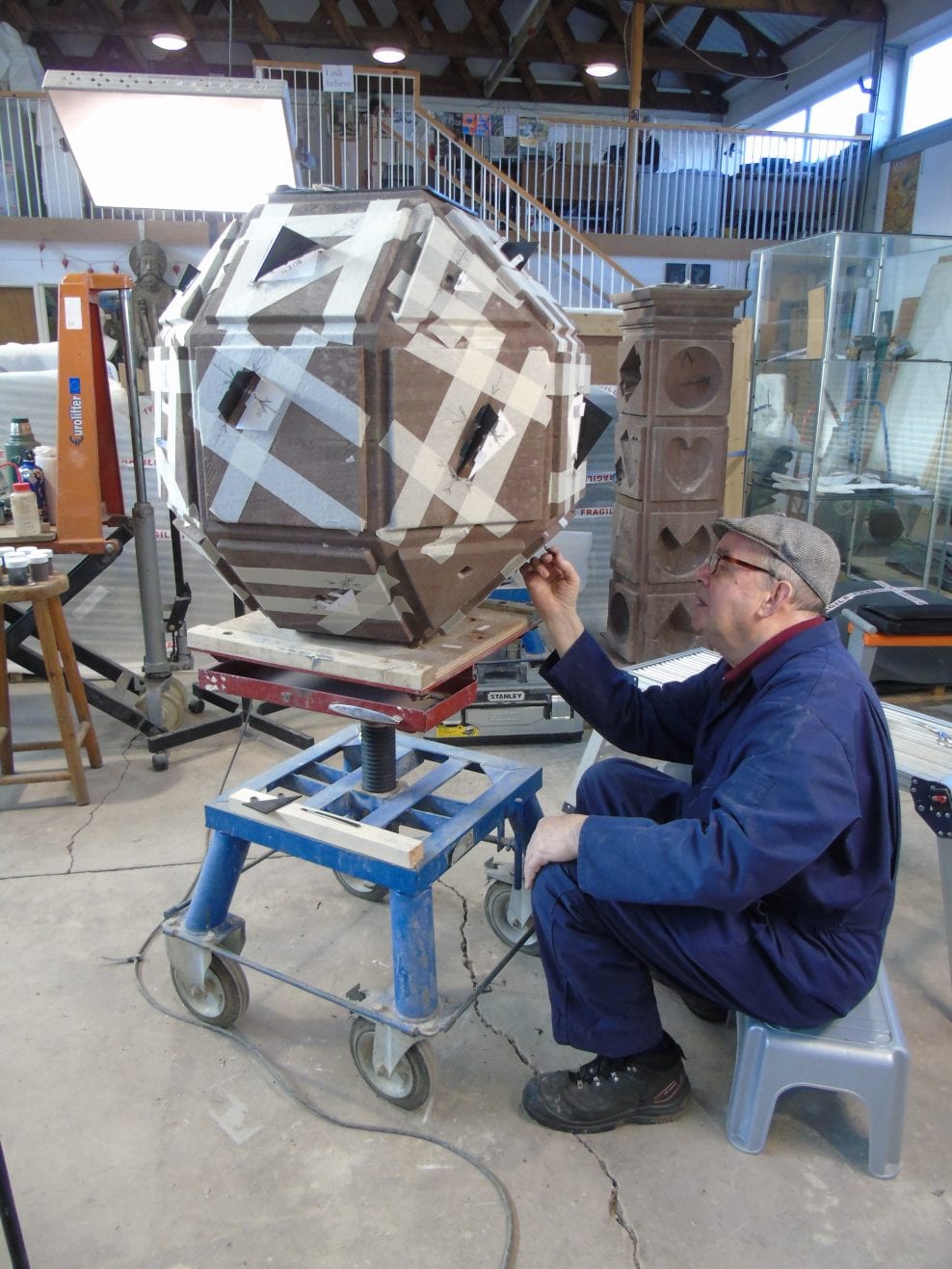 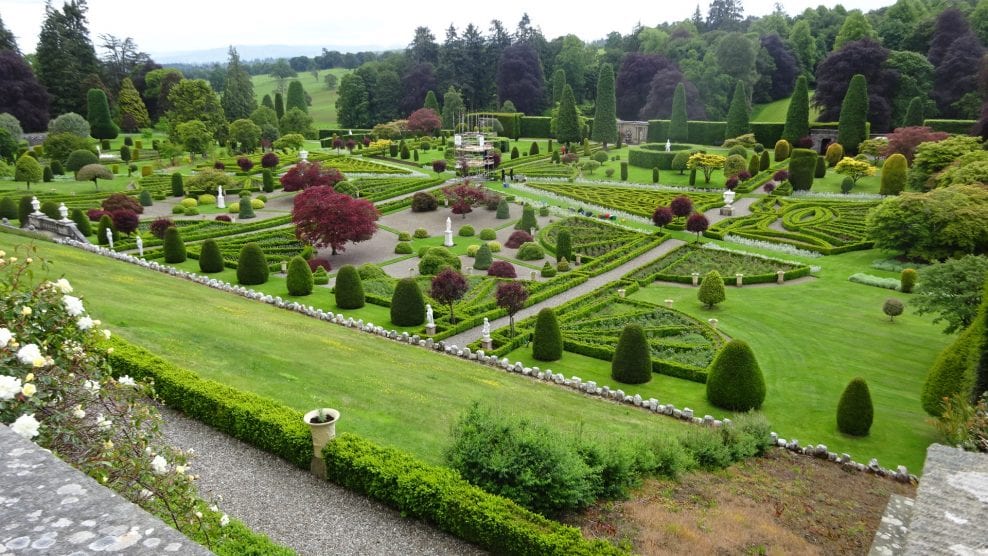 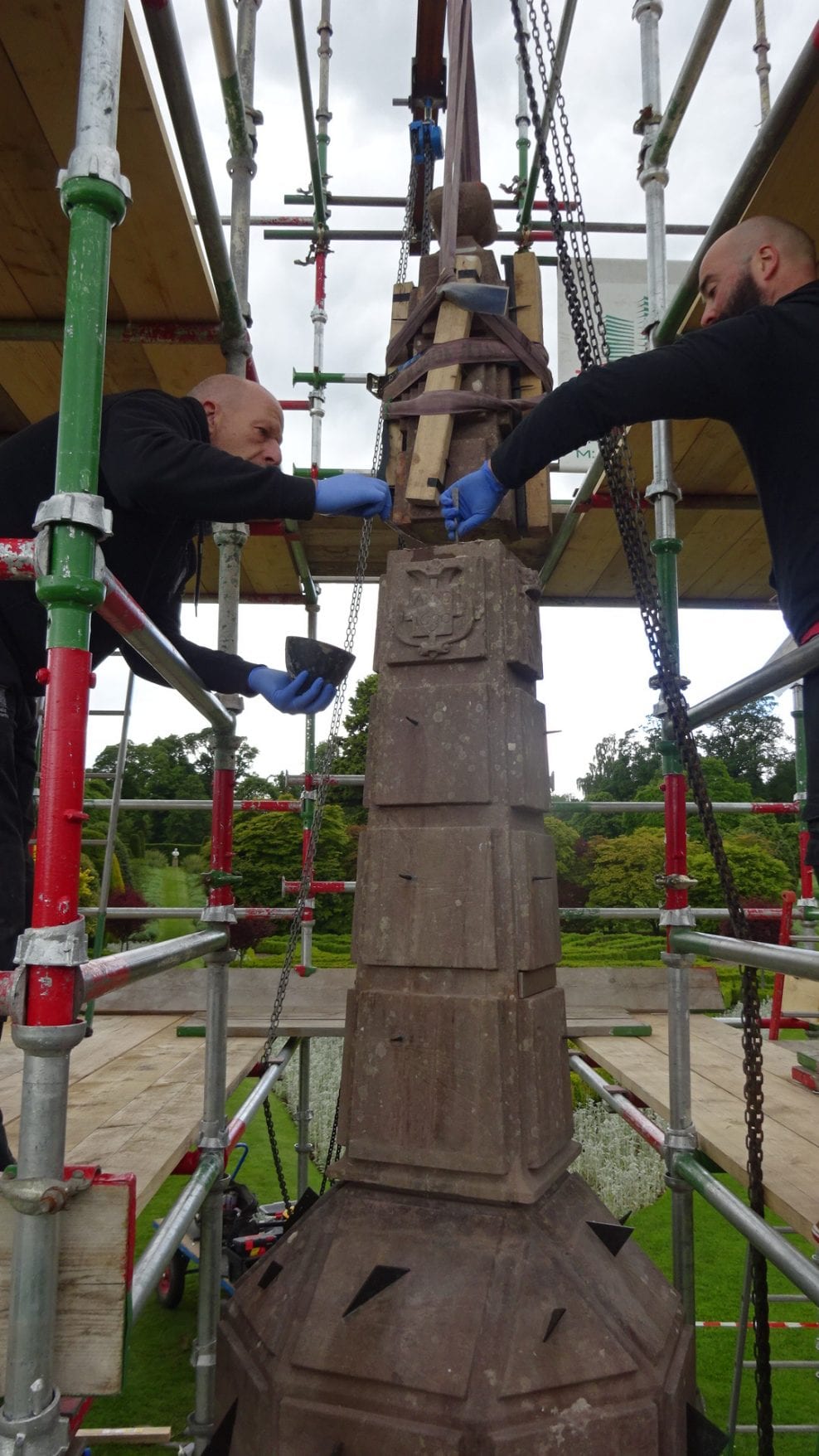 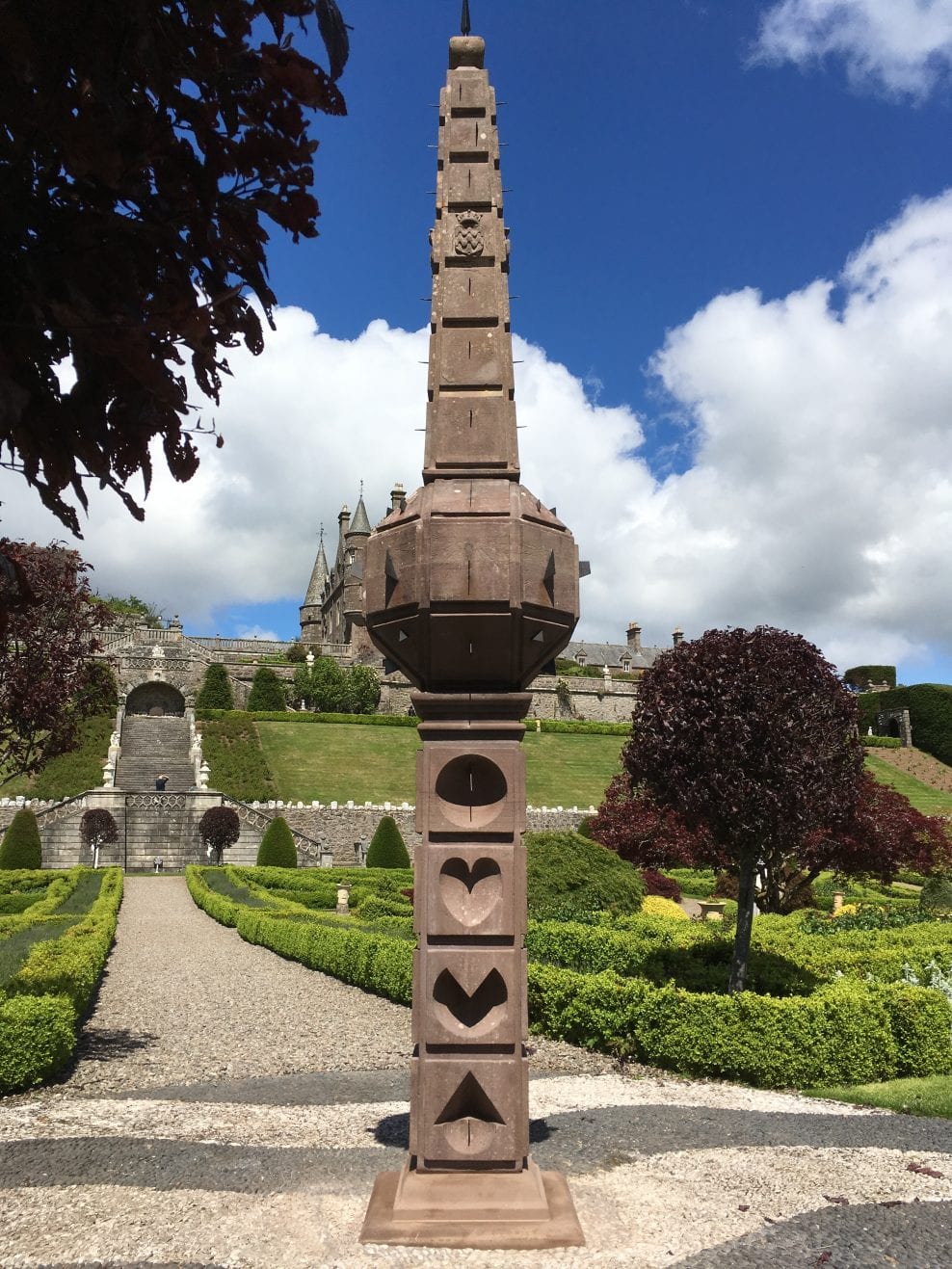