The conservation and display of an early C19th sketchbook by Hertfordshire artist Charlotte Smith which had been damaged through water ingress, inherent material instability and use.

What made the conservation of the Charlotte Smith sketch book so special was its importance to the community that was so charmingly illustrated in its pages, and also the potential it had for its stability, aesthetic appearance and accessibility to be transformed through conservation.

It may be helpful to start with some information about its creator, Charlotte Smith. Charlotte Smith lived with her mother Augusta and eight siblings at Tring Park, which her mother rented from its owner, William Kay, between 1827 and 1834. Augusta was the niece of the previous owner, Sir Drummond Smith. Charlotte made these sketches of scenes in the area, some of which are familiar today, but many are the only reminder of vistas that have long gone or have changed beyond recognition. So, as a reminder and reference point for the local environment and topography in the early part of the C19th, it is an invaluable resource to the community of Tring.

Before treatment, the book was in a very unstable condition, with a broken sewing structure, incorrect collation and weakened board attachment and outer joints. This was caused by inherent material weakness combined with use, but also by exposure to damp and water. The main issue was the impact of this water damage: the extent of this was severe, affecting every opening, and reducing the ability of the book to used safely for research and display in the museum. It also created highly distracting tidelines on the sketches themselves.

Bound formats are not usually candidates for stain removal, as washing in situ is time consuming and, although staining is unattractive, staining is not usually necessary unless text is obscured. The whole purpose of the sketchbook, however, was as a visual art work, and the staining was distracting the viewer from the beauty of the sketches. As the media was pencil and the binding structure was broken down and needed to be resewn, washing was definitely an option.

The success of the washing process can be seen in the images below: the distracting stains were removed or at the very least toned down to an extent so as not to draw the eye. Through this process the sketches were able take centre stage, rather than the damage being the focus. Conservation measures also stabilised the binding, including the damaged and rather delightful integral pencil holder, again visible in the images below. You can imagine Charlotte slipping the pencil away after a day’s sketching in the countryside and heading home to Tring Park.

The conservation of this object was kindly supported by a Conservation and Collections Care grant from AIM, the Association of Independent Museums, with funding from the Pilgrim Trust. The sketch book was donated to Tring Local History Museum by Mark and Moya Cuthbert and at the time of writing is on display; see www.tringlocalhistorymuseum.org.uk for opening hours and further details.

My thanks to the Trustees of the Tring Local History Museum for kindly allowing me to use these images. 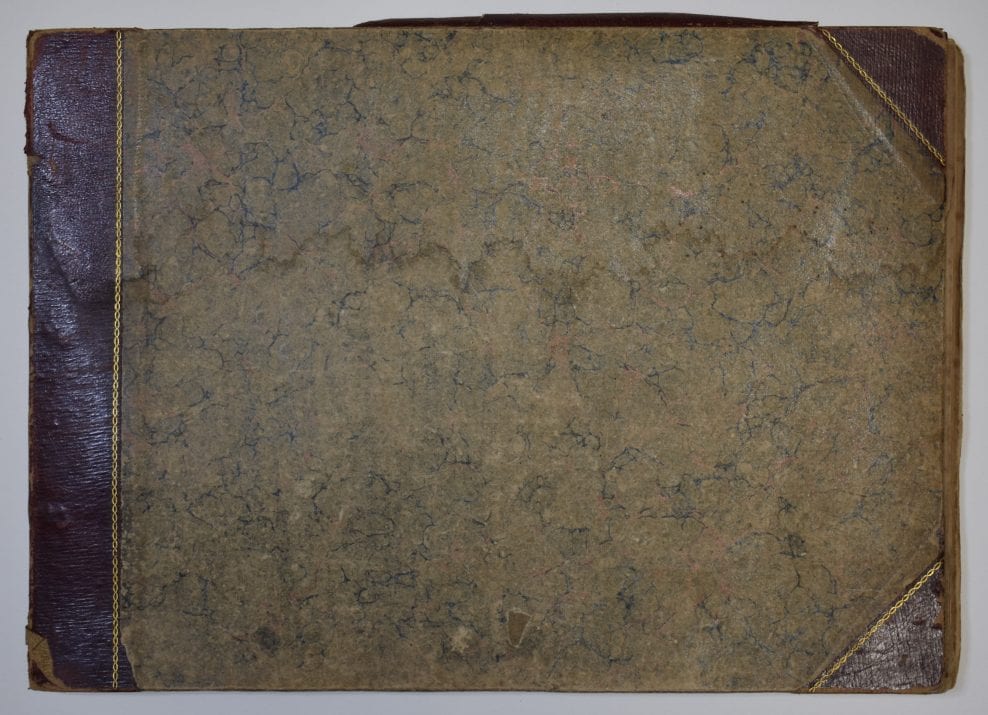 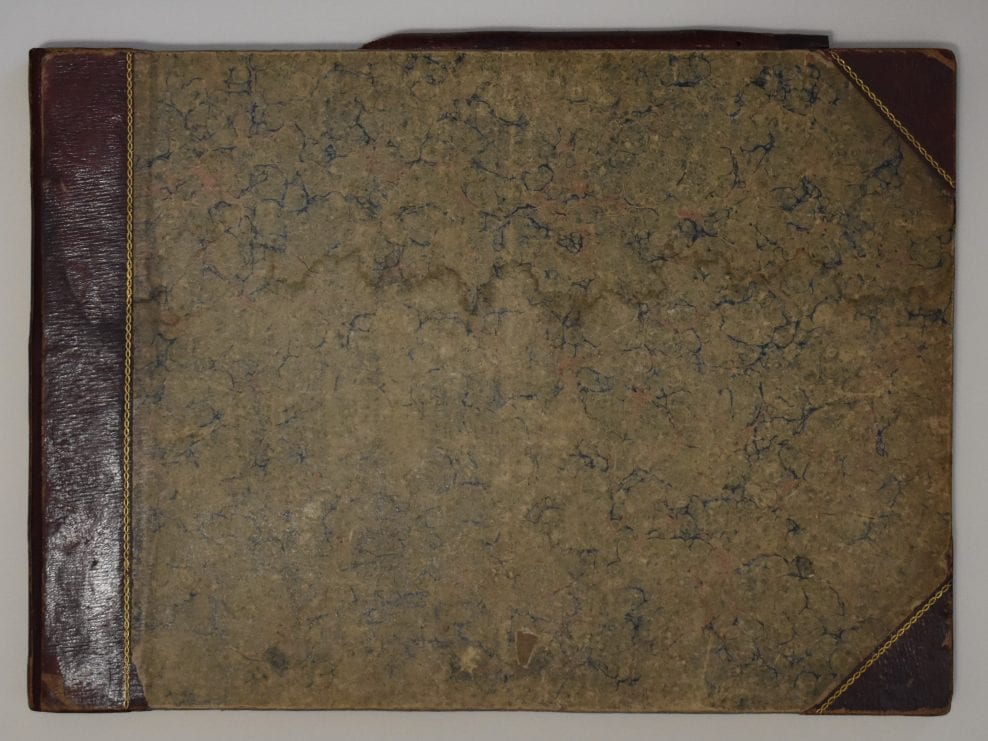 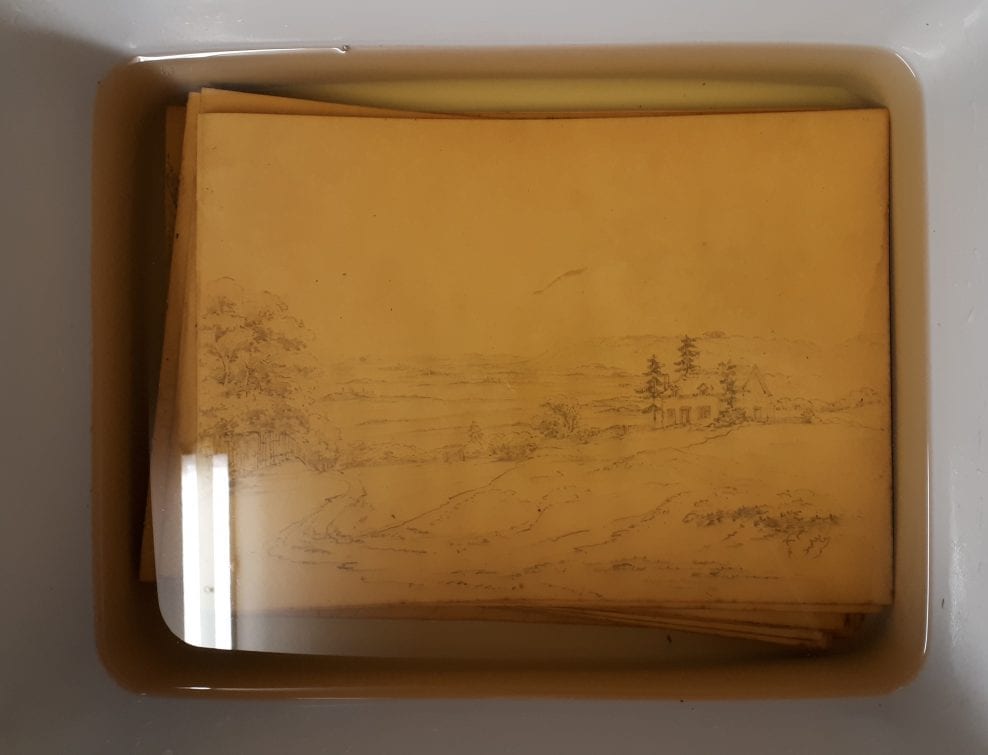 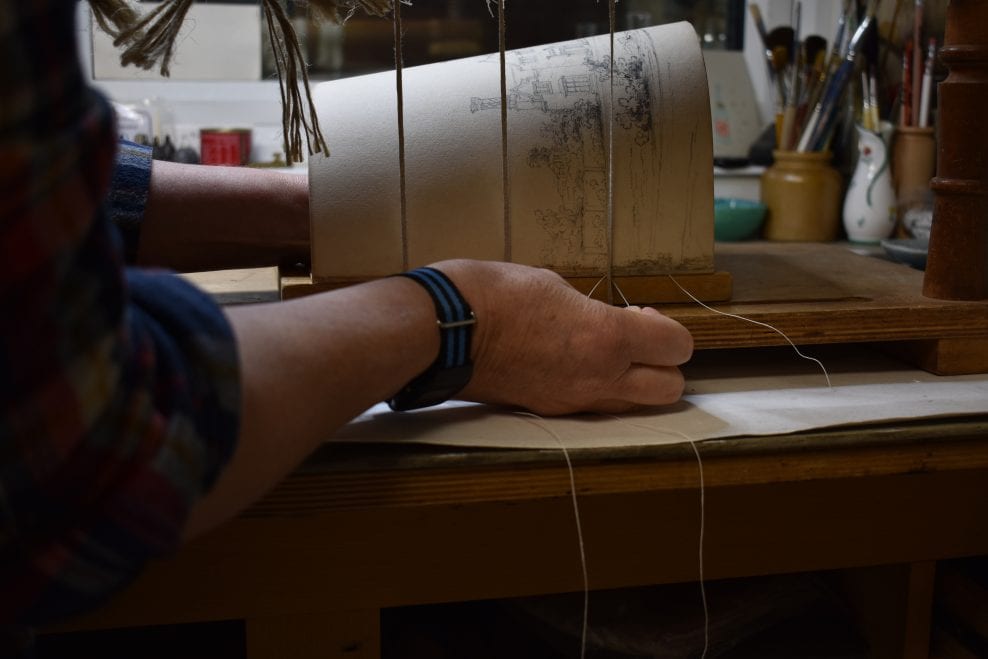