A two stage project involving the same object: the stabilising conservation of Dorothy Wordsworth’s Grasmere Journal in 2016 and the creation of a facsimile binding in 2020 for display.

I am proud to have a long history of working for The Wordsworth Trust on the care of their impressive, evocative and varied collections, culminating in my appointment as Trust Conservation Adviser in 2019. One of the objects with which I have had most contact is DCMS19, a small paper bound notebook which includes Dorothy Wordsworth’s Grasmere Journal, dated between 14 February to May 2 1802. In this, Dorothy writes the following immortal lines:

‘I never saw daffodils so beautiful they grew among the mossy stones about and about them, some rested their heads upon these stones as on a pillow for weariness and the rest tossed and reeled and danced and seemed as if they verily laughed with the wind that blew upon them over the lake, they looked so gay ever glancing ever changing.’

As such the Grasmere Journal has enchanted visitors to the museum for many years, and has been a priority for display. Its materiality provides clues to the life of the Wordsworths, being a very specific northern European binding called a Bradel or gebrochener Rucken binding, and was likely acquired during their travels in Germany between 1798- 1799. It is a type of case binding, with a very middle European paste paper cover. Its construction was strong but its materiality was weak and the spine had sustained some significant damage over its long history. As a contemporary binding that in itself can tell a story and containing a manuscript of such significance it was important for any conservation treatment to be unobtrusive and minimally interventive whilst allowing the journal to be used for research, digitisation and display.

Since its conservation in 2016, the Trust has embarked on an ambitious and impressive redevelopment of its exhibition offer under the HLF-funded Reimagining Wordsworth project. As part of this, a series of facsimile items were prepared, including DCMS19. This gave me the opportunity to reconstruct DCMS19 as it would have been when Dorothy Wordsworth purchased it over 200 years ago, albeit with the help of some very modern technology. The facsimile was constructed using the same three-piece case structure as the original and included pink sprinkled edges as in the original object. The cover, however, was created using a digitally reproduced copy of the paste paper. The large paper label on the left board was a later addition and so not included in the facsimile.

The facsimile journal was used by a facsimile Dorothy Wordsworth in a promotional video for the project: this was a wonderful way for the new binding to connect with its historical forebear. The creation of the display facsimile of DCMS19 was supplemented by a workshop to teach the Wordsworth Trust Trainees basic binding skills to recreate handling facsimiles of some of the bound structures found in the manuscript collections at the Trust, all with the aim of improved engagement, information and enjoyment for visitors to Wordsworth Grasmere and Dove Cottage. 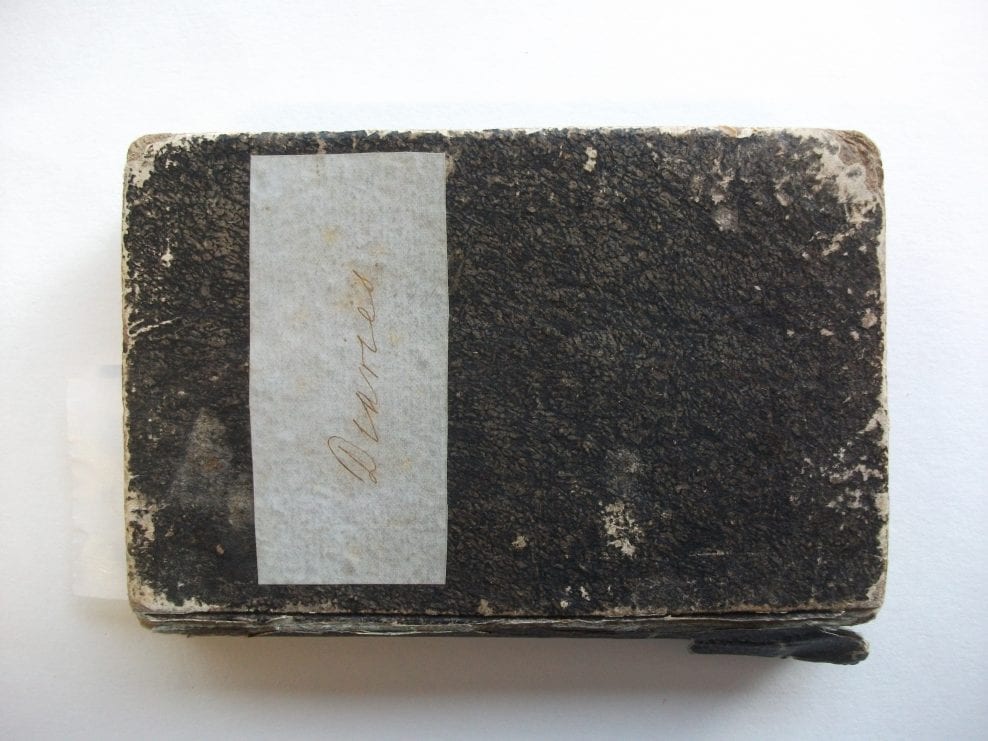 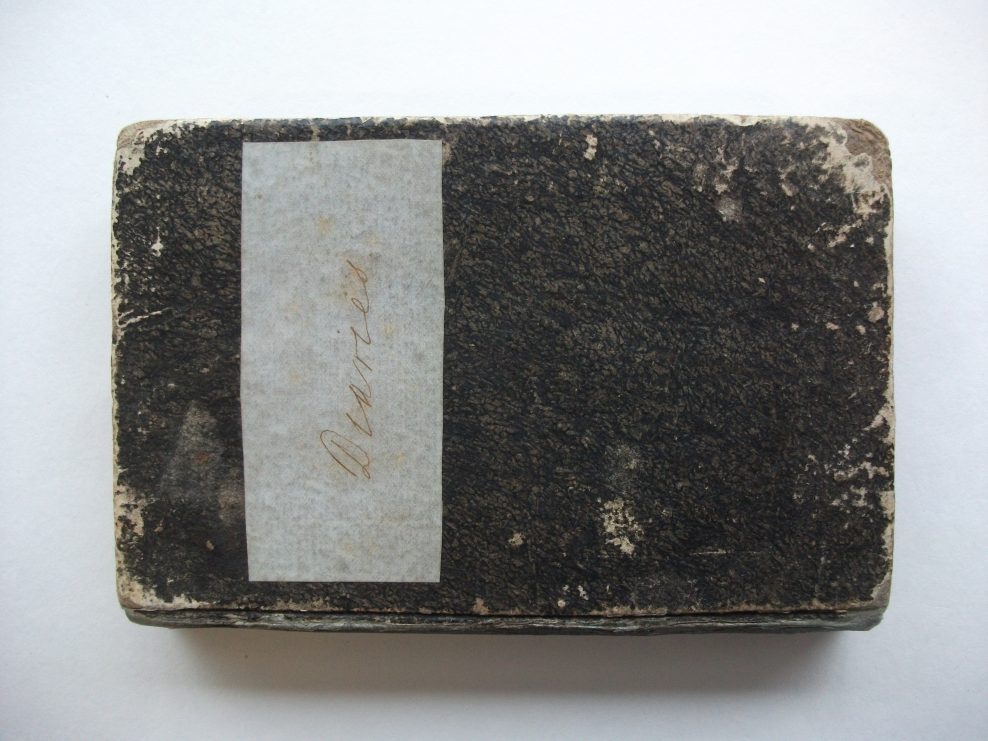 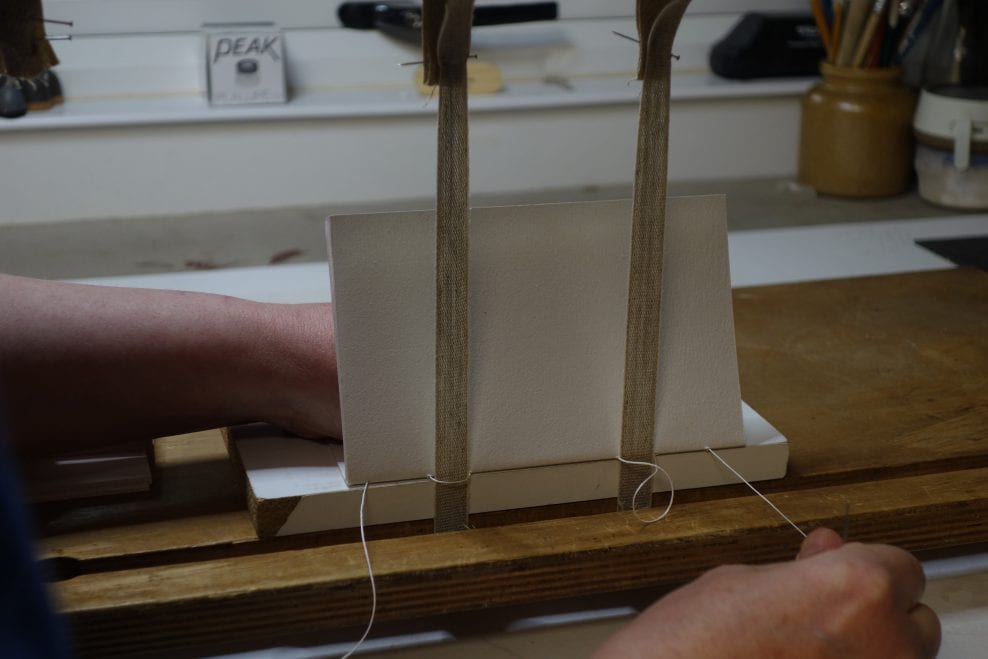 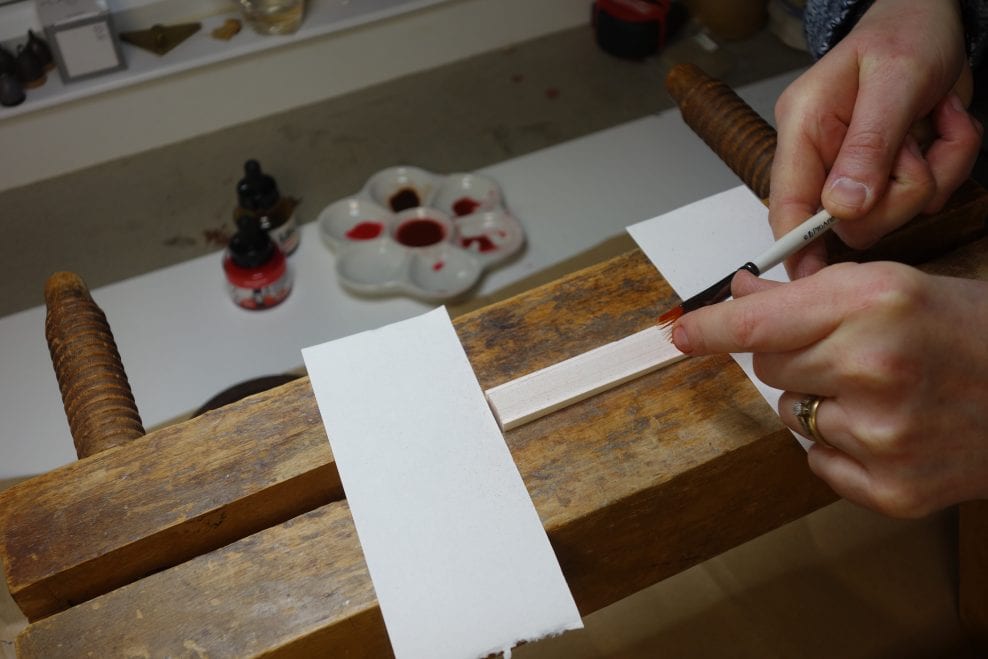 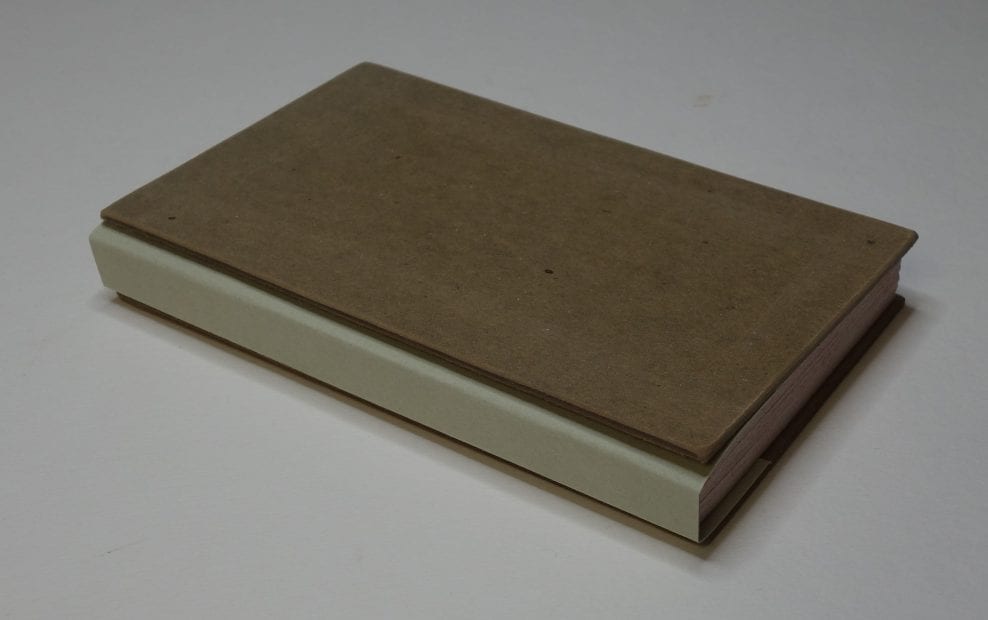 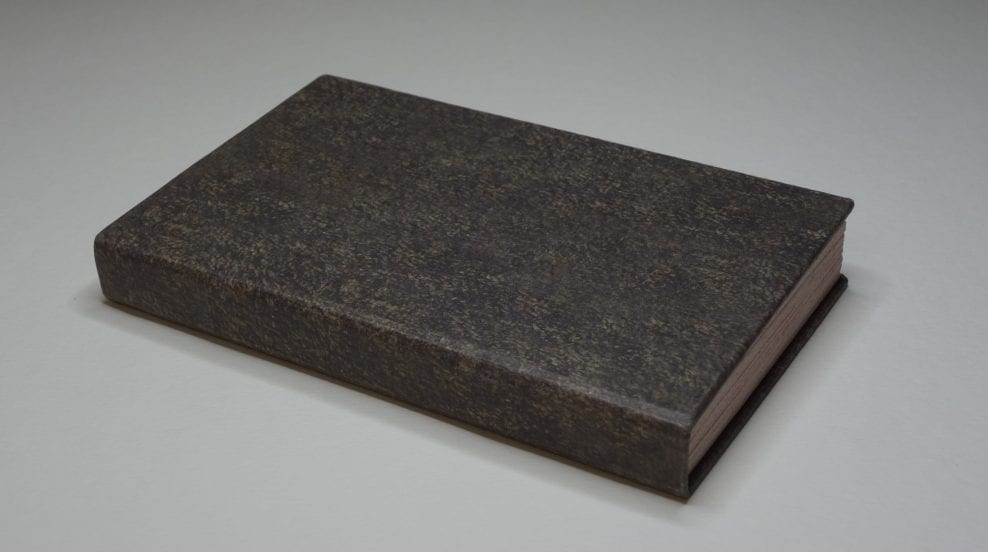 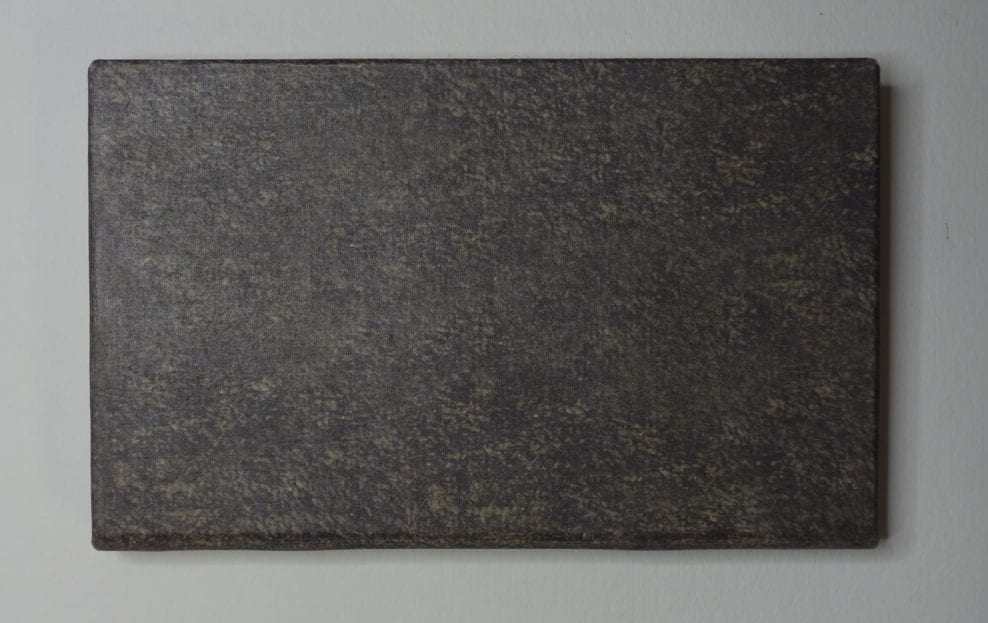 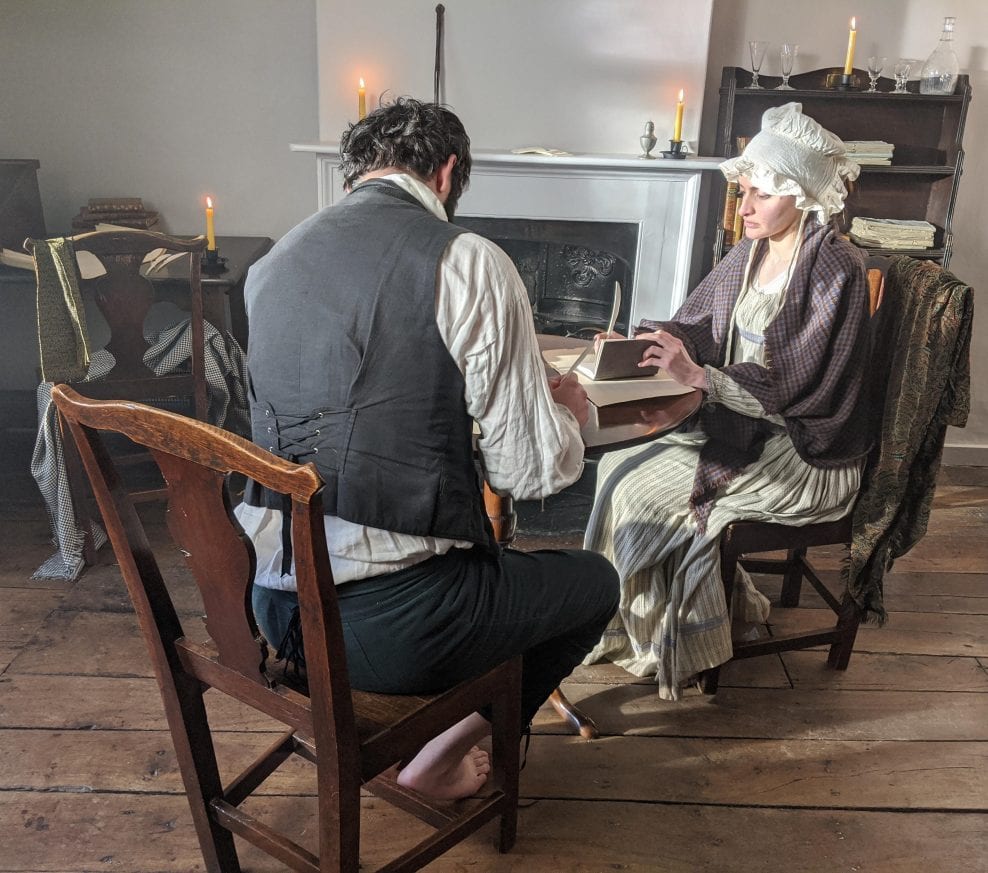