Conservation of a satinwood card-table with polyschrome decoration.

The table had been previously “restored” using metal brackets to hold the opened joint in the top and covered with a thick polyurethane  lacquer.  The item was conserved in collaboration with Sarah Jennings  ACR of Sarah Jennings Conservation which was responsible for conservation of the polychrome decoration.

The repair to the joint was rectified by splicing in a wooden bar after partially removing the green baize. After the joint had been glued with gelatin glue the original baize was re-laid. This was the only way for producing a stable joint that would not result in deterioration of the future finish. The lacquer could not be removed solvents since this the strength of the chemicals required would damage the underlying surface. Since the polyurethane was de-laminating from the surface this was mechanically removed using a scalpel.  Underneath was a thick layer of shellac that was clearly not original. The top layer was removed down to a structurally different layer which was thought to be original Minor repairs were then made to loose and missing veneers, particularly cross banding on the edges.  After conservation of the polychrome decoration the top was given a thin coat of shellac and the who table finished with a non acidic wax polish. . 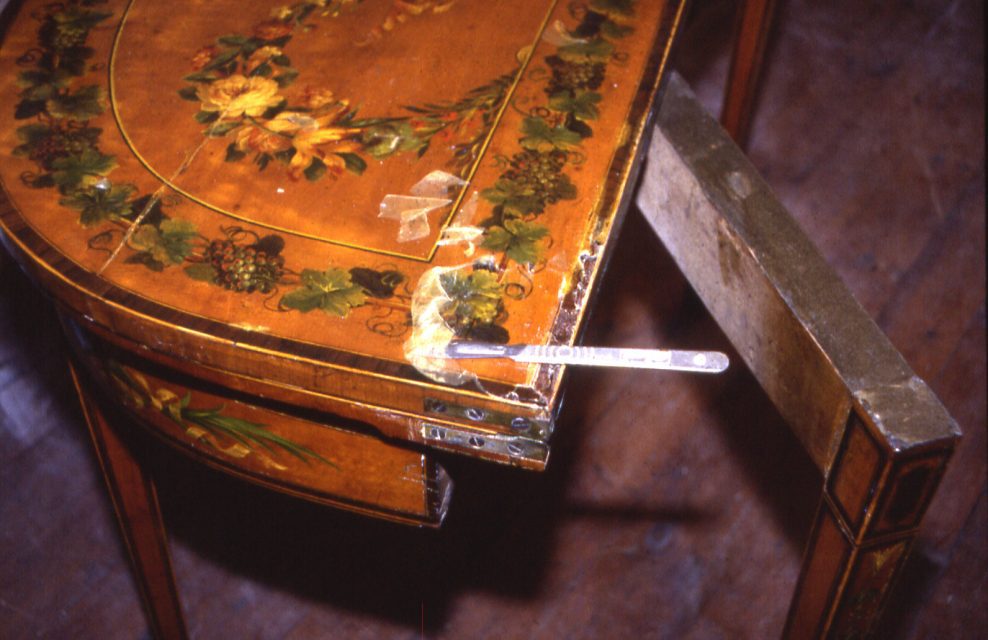 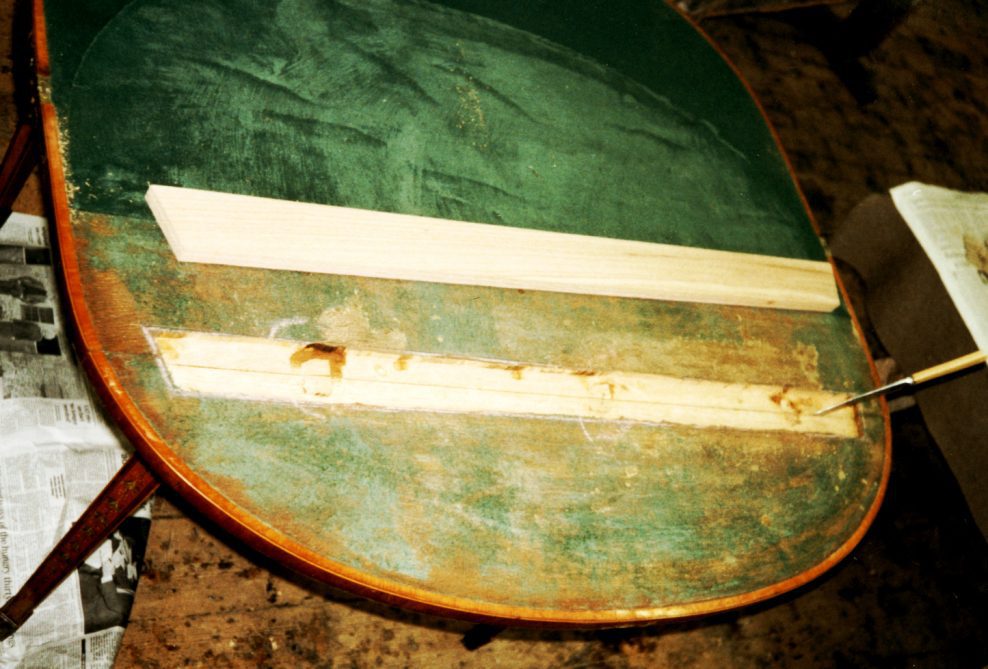 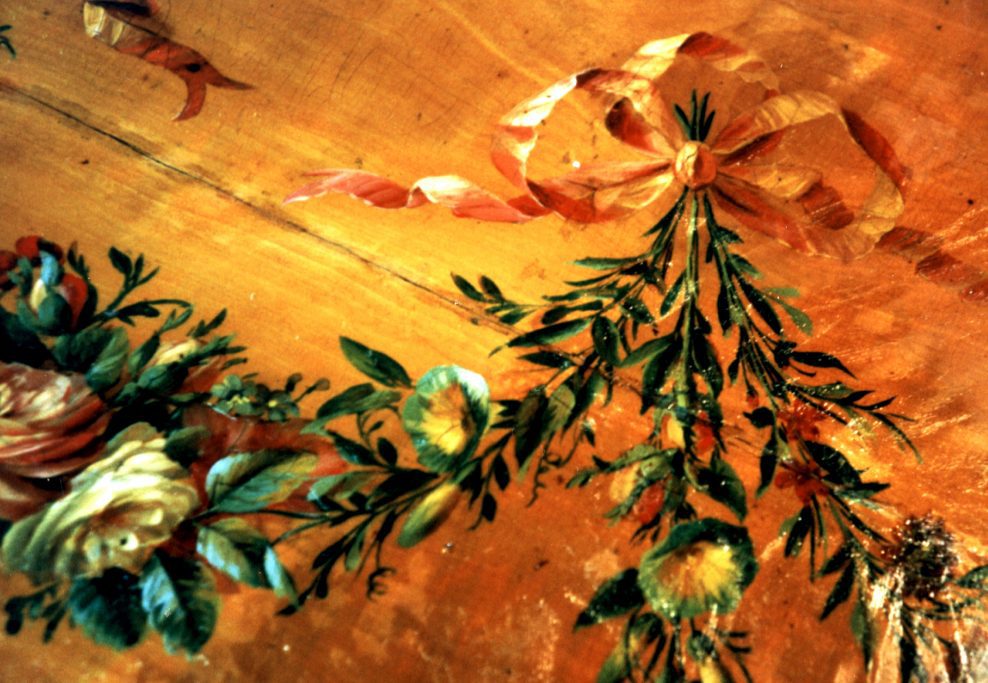 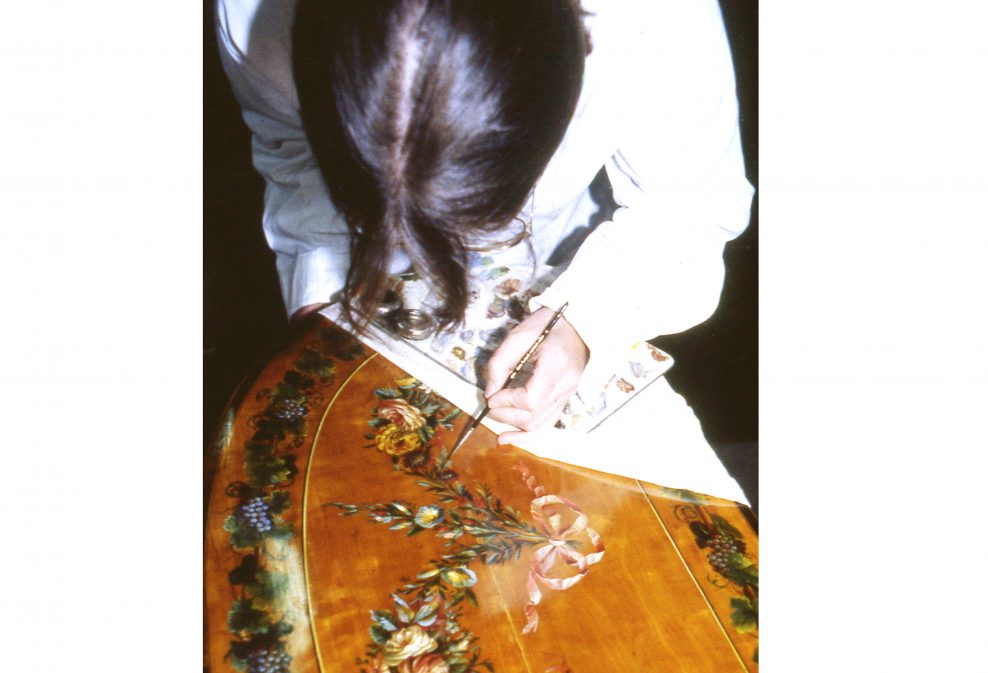 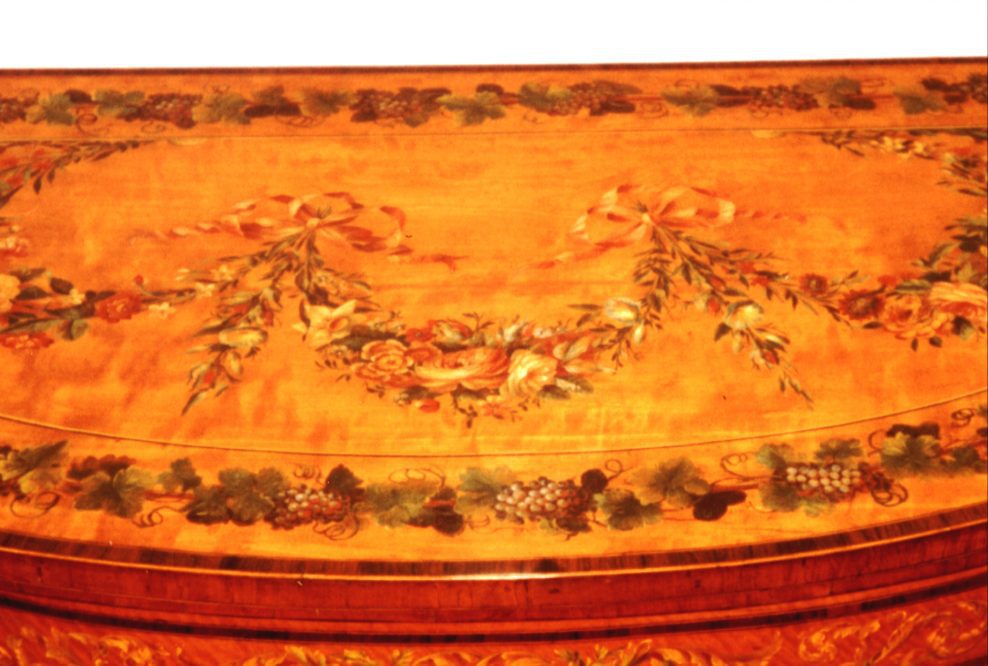