The removal of a religious artwork, a large mosaic depiction of Christ by the artist Jonah Jones, from a church due for demolition and its subsequent reinstallation.

May 2018 an initial enquiry came through the architectural practice employed by the Diocese of Wrexham as to the possibility of the safe removal of a mosaic that was attached to the wall of a church. Following further discussion, a site visit and some investigative trials, I put forward a proposal with the various options and reccommendations as to how to proceed which were accepted. A further request came about reinstallation of the mosaic at a new site which had yet to be decided on.

The mosaic had originally been commissioned, along with 12 dalle de verre stained glass windows, from the artist Jonah Jones (1919 to2004) for a new Catholic church on the Lleyn peninsula in NW Wales in 1968. Due to a fall in congregation it had been decided the church was no longer needed and it and the surrounding site was being sold for redevelopment.

With this in mind and the possibilty of future relocations I devised a method to take the tesserae from the Altar wall. Unlike most mosaics the way in which the individual tesserae of this mosaic had been fixed to the substrate was not the usual cement base, the adhesive element in this case could be softened to allow the separation of the, in this case glass tesserae, from its support, a rendered brick wall.  Then the mosaic once taken from its position on the wall behind the main alter of  the former church, could be reassembled in sections that were transportable and capable of being more easily removed and relocated. This also means that if it were necessary to once again relocate this could now be acheived with relative ease.

A new site for the mosaic was chosen, a new build Catholic school, that was still under construction. From the initial enquiry and early investigations, through to the reinstallation, took place over a 15 month period. The project required innovative solutions for the conservation of this religious artwork, collaboration from the parties involved, that culminated in a successful conclusion. 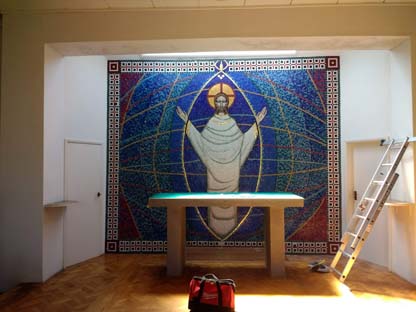 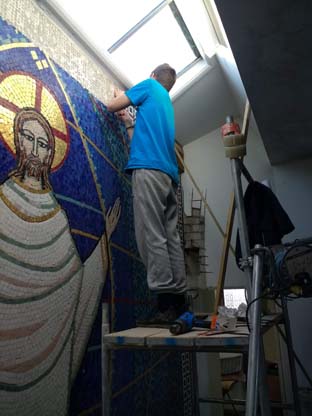 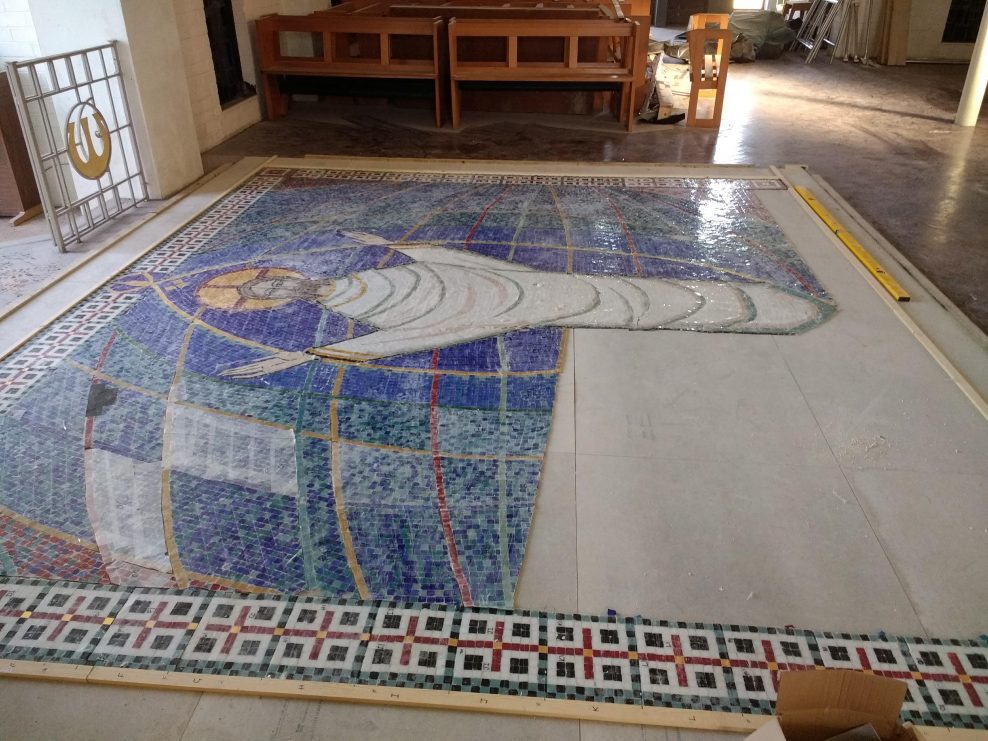 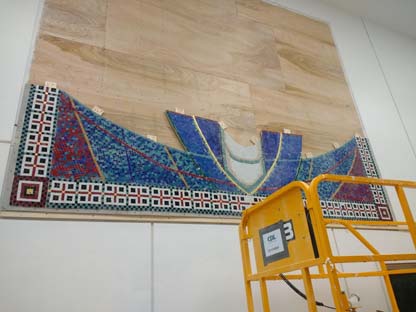 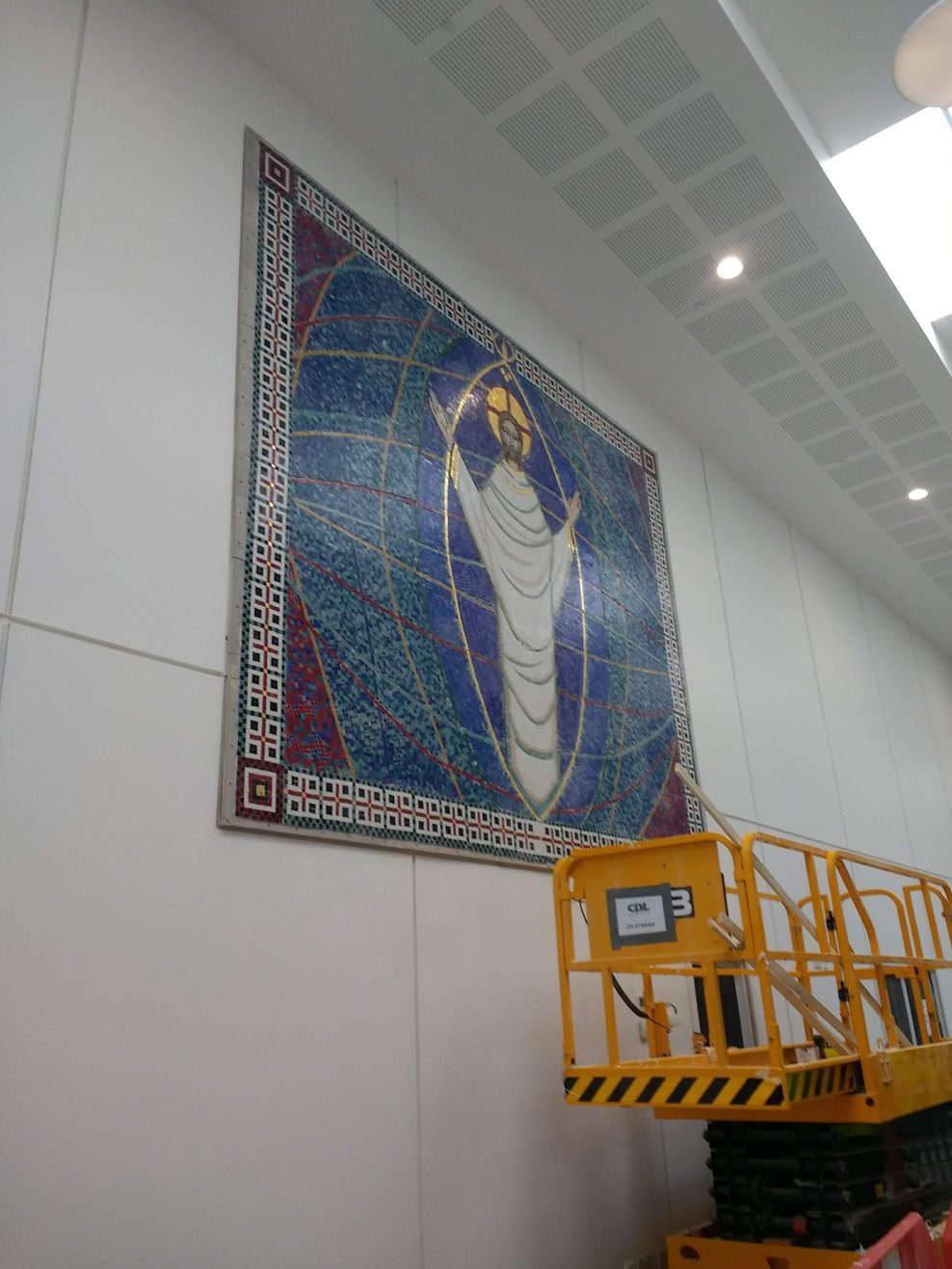