Brighton Museum & Art Gallery has an exceptional world cultures collection and following on from the success of their multi-platformed Fashioning Africa project, a national programme aimed at supporting community partners to research and explore museum collections, the museum has continued to work cross-continent to display objects from the collection within in their indigenous communities. We have recently been working with the museum on four hide garments and a number of bead-work accessories which will be going into an exhibition in Botswana. They include a selection of male and female items of traditional, pre-colonial dress from the BagammaNgwato, one of the eight ‘principal’ Tswana chieftaincies of Botswana. Thought to date to the late 19th/early 20th century, they were  presented to the museum in the 1930s. Finally set to return to Botswana after nearly a century, these extraordinary items, including a large robe, a number of aprons and a selection of bead-work accessories underwent conservation and mounting for exhibition at our studio in Brighton prior to their journey home.

Each piece follows a traditional design, yet the natural inclusions holes and patterns of the individual hides make each item completely unique. The majority of the hide has been split with specific, isolated areas left unsplit as full skin and hair. Other design details (stars and roundels) have been set into the animal skin, stitched into the hide rather than appliqued on top. The bright orange colour comes from a combination of ochre and animal fat which was used to cover clothes and skin, helping to protect the skin from the hot sun and rough winds. Close inspection revealed many beautiful, creative and complex details to each piece, our favourite being the zig-zag seam of an antelope skin apron.

We had to be extremely careful to retain evidence of wear and only repair severe structural damage. After surface cleaning with vacuum suction the hides were humidified along the grids of crease lines, which had resulted from prolonged folded storage. Other crumpled areas were left untouched such as those found either side of the cape where the wearer’s hand had caused an area of distortion during wrapping round the body. Similarly, many of the small holes could have been just part of the nature of the hide but one area to the right of the cape was extremely week and damaged, requiring support to take object weight when mounted vertically on display. We undertook a careful painted leather infill, heat set into position with a reversible adhesive film.

It was agreed that the hides would be safest and easiest to manoeuvre if boxed and crated for transit (rather than traveling them on their display boards) so we needed to devise a quick and intuitive installation method that could be applied in situ. Magnets seemed a sensible option so we set about researching and trialing size and strength. We decided a large surface area and a low strength of magnitisation would be the best way to eliminate the possibility of compressions forming in the hide over the course of the exhibition. Fabric covered polycarbonate boards were provided by Brighton Museum to our specifications. Each hide was centred on its board, a template taken and the magnets, covered in Japanese tissue, were positioned as necessary to take the object weight, sandwiching object and board.

Large squares of Melinex® were used between the hide and the magnet so that the tissue covered magnets could be painted in situ to blend with the object. When all painted magnets had been safely labelled and removed, the hides were taken off and the magnets to the reverse of the board were set into the polycarbonate and adhered into position. The idea being that everything could be reassembled in situ using the template as a guide. 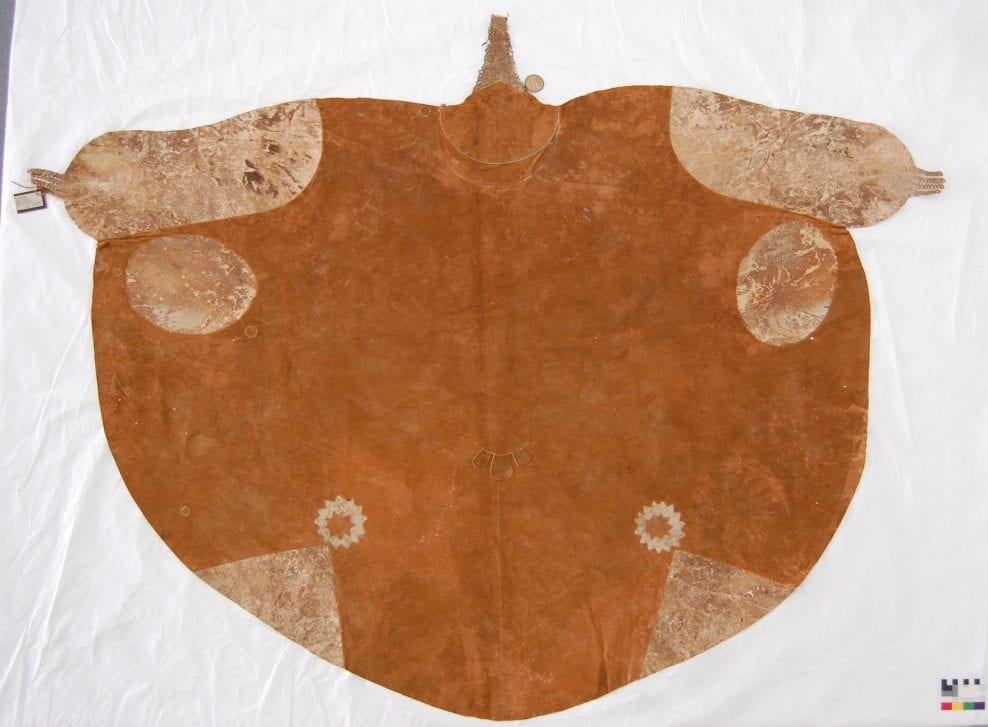 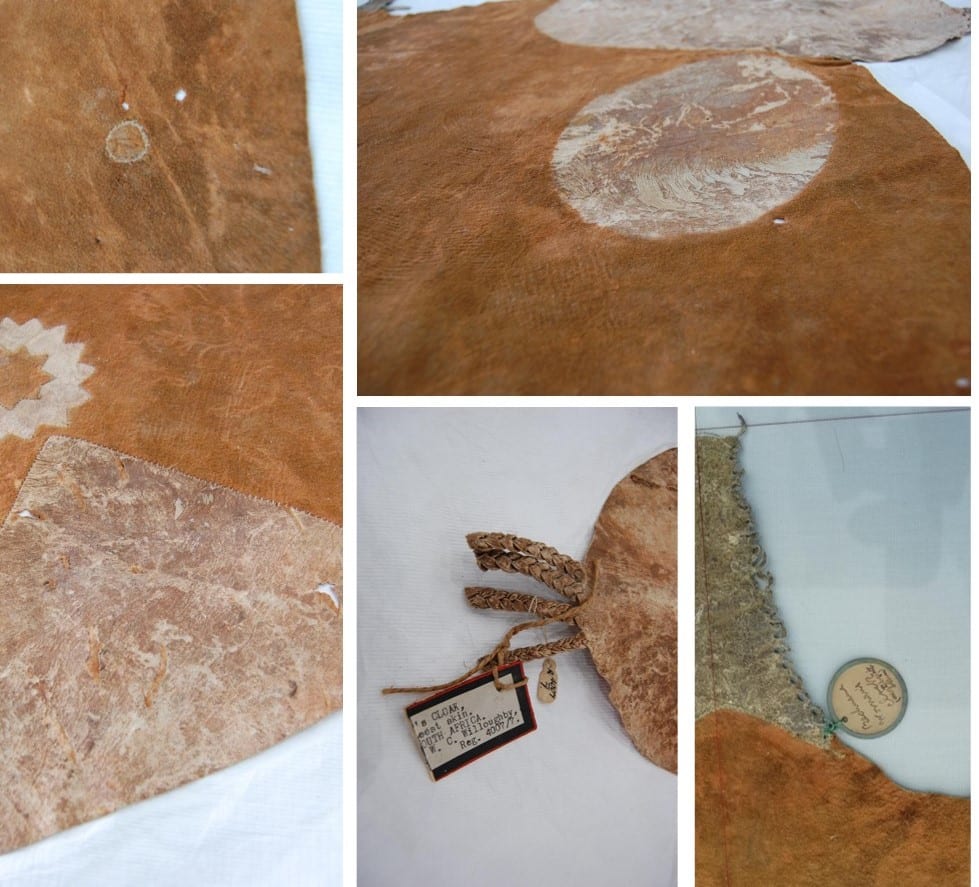 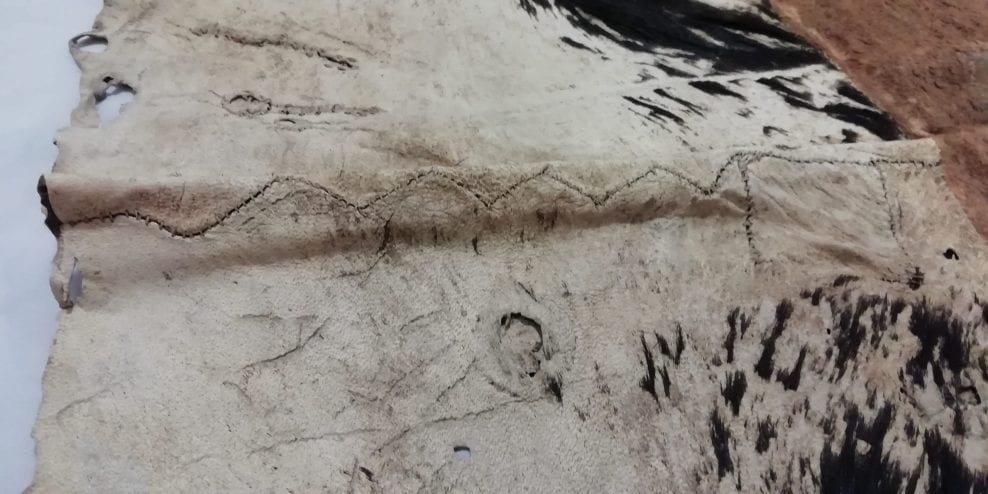 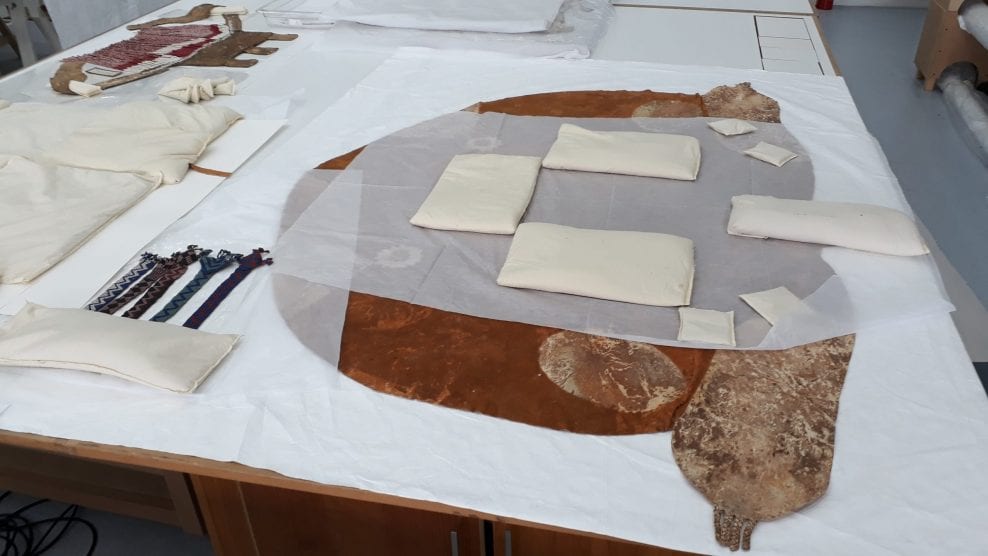 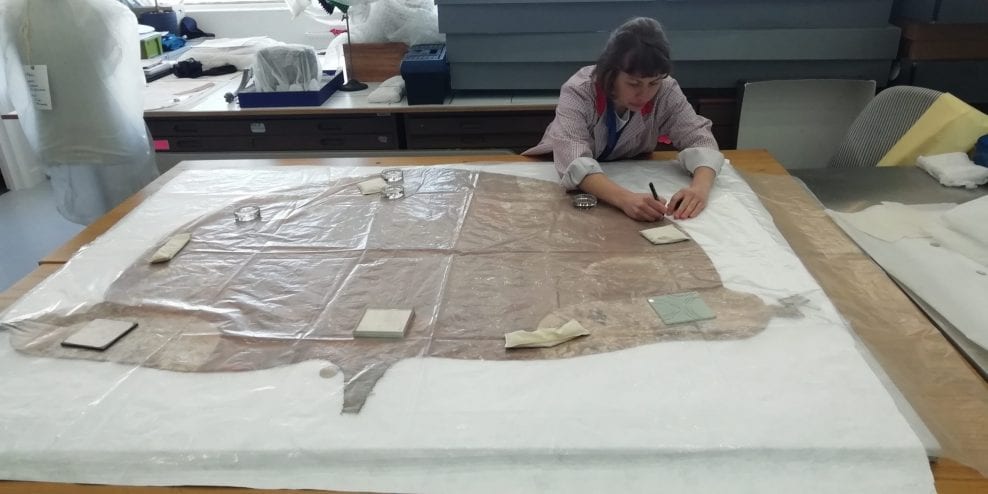 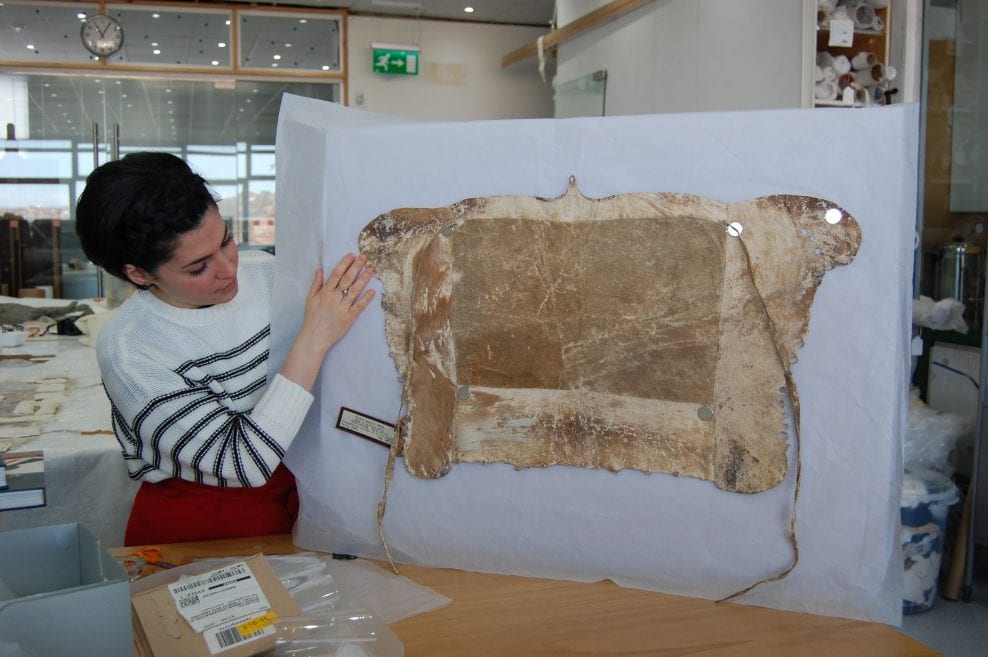 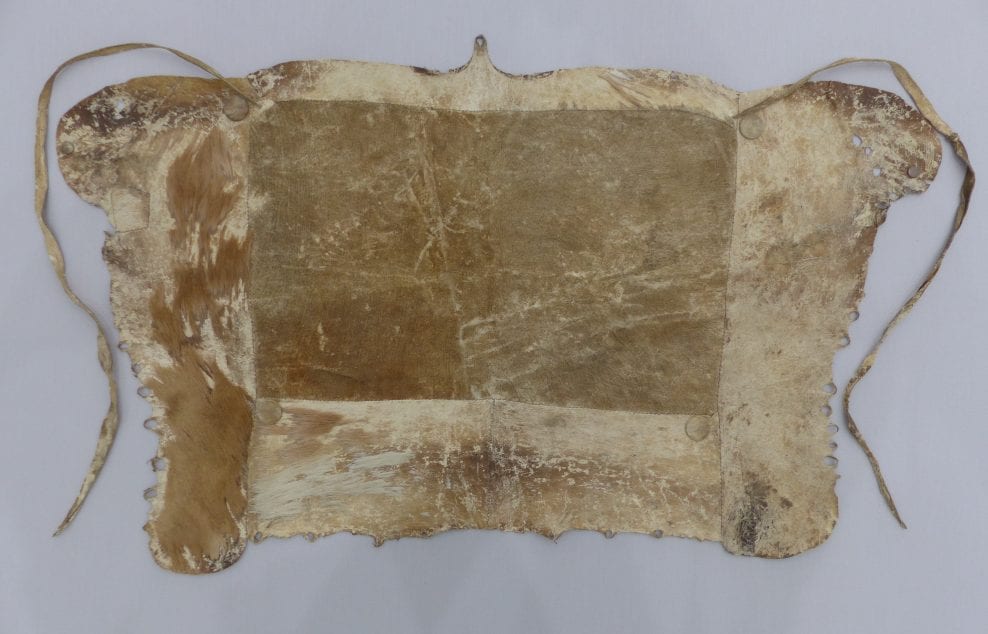 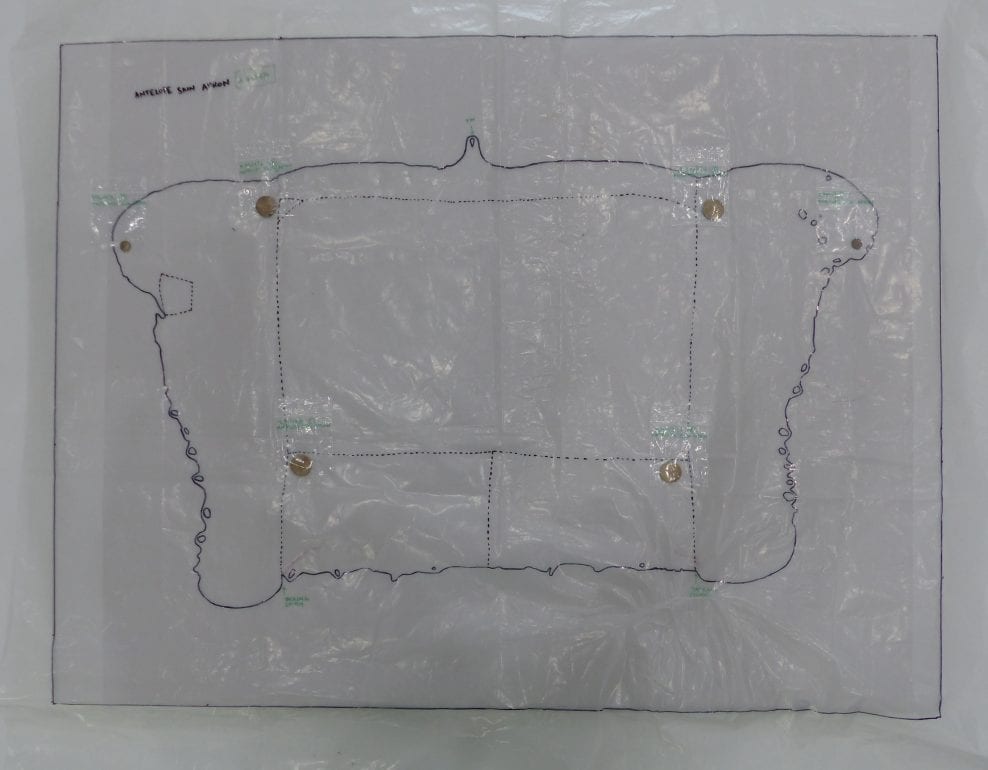