This project involved repair of a large white opaline Baccarat glass vase, which had catastrophically broken into two sections. Treatment involved adhesion, replication of missing glass and painted decoration, and the creation of a supportive travel case.

The vase has a slender baluster shape, with painted figurative decoration on the main body, and geometric and curvilinear painted and gilded decoration on the neck and base. It stands on an ornate copper-alloy base, with ‘Baccarat’, the French manufacturer of fine glassware, stamped on the underside.

Prior to treatment, the vase had completely broken around the narrow, weakest part, close to the heavy metal stand, and was in two pieces. There were multiple losses of glass and paint around the break edges. Pressure sensitive tape had been used to secure a wire along the vase, which enabled it to be lit with a bulb from within. The tape was brittle, difficult to remove, and had left marks on the vase surface. Unidentified yellow/brown liquid accretions were also present in localised areas on the inner and outer surfaces of the vase.

All accessible parts of the vase were dry-cleaned with a soft brush and vacuum extraction, to remove loose dust and dirt. Further cleaning, using an organic solvent applied on a cotton swab, was undertaken to remove greasy surface dirt, including the yellow/brown accretions and the adhesive tape. Particular care was taken to thoroughly clean the break edges, prior to adhesion.

An epoxy resin, chosen for its refractive index, long working time and low viscosity, was applied along the inner edge of the break edges, and the vase was then re- assembled, supported to prevent slipping during curing. Further resin was applied to the break edges from the outer surface, which penetrated any gaps by capillary action. Following curing of the adhesive, loose fragments along the break edge were re-located and adhered in place. Remaining losses were filled with a combination of resin, fumed silica and dry pigments to match the colour and translucency of the opaline glass. Localised polishing of the fills, using fine grades of abrasive paper, assisted in achieving the required texture and sheen to match the surrounding glass. The fills in the gold/red painted areas were then inpainted using a combination of acrylic paints and glazing mediums, dry pigments and metal powder, to match the surrounding decoration as closely as possible.

A plywood travelling/storage box, padded with inert foam and fabric, was constructed to adequately support the vase during transit. It was designed specifically to minimise handling of the vase, and to safely transport it without the need to put pressure on the weakest, thinnest section where it had previously failed. 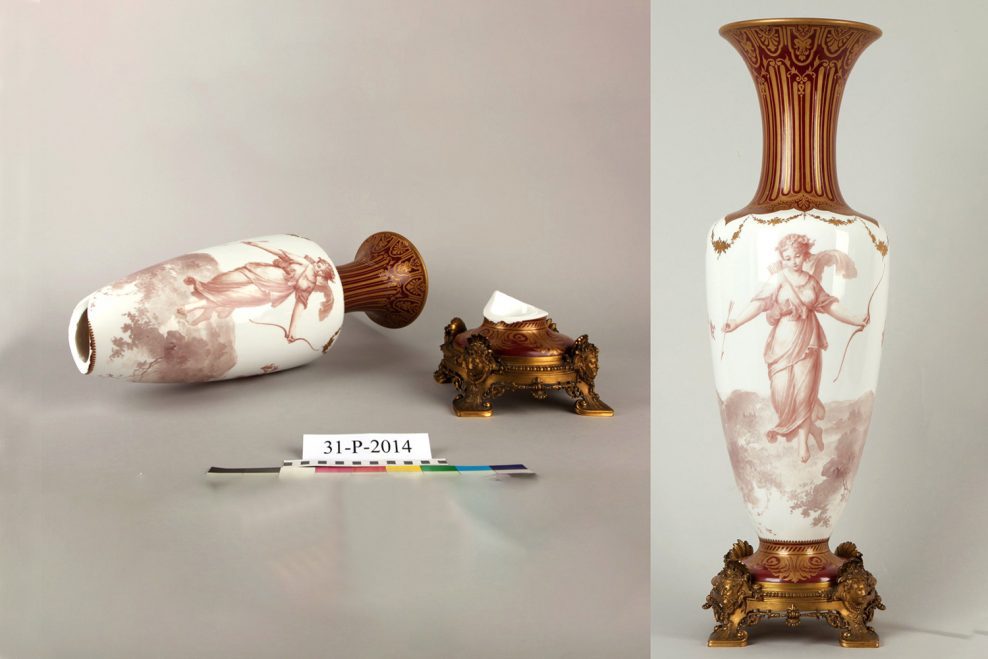 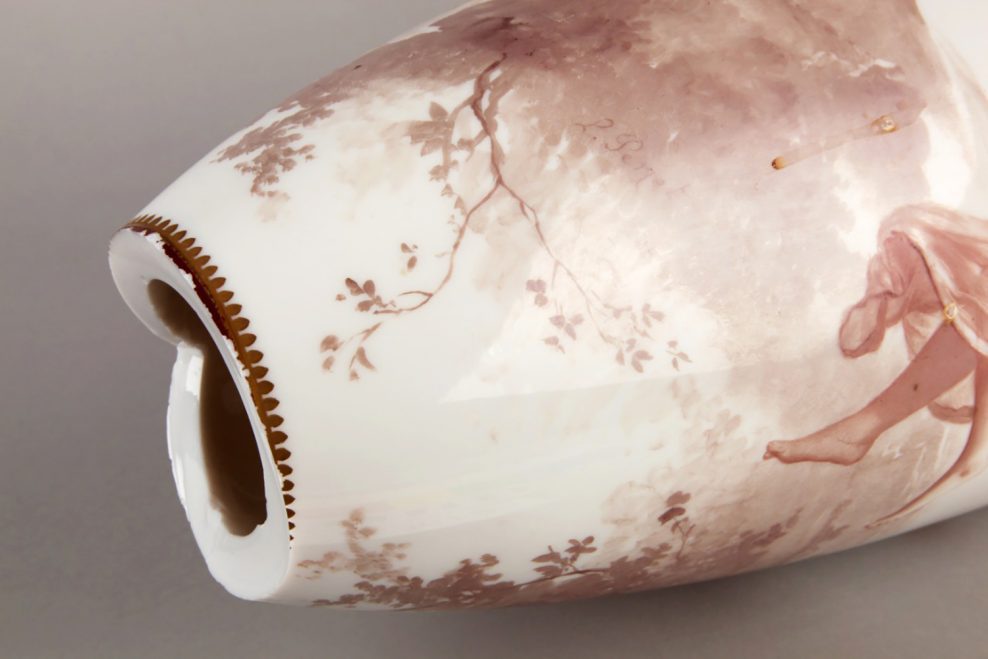 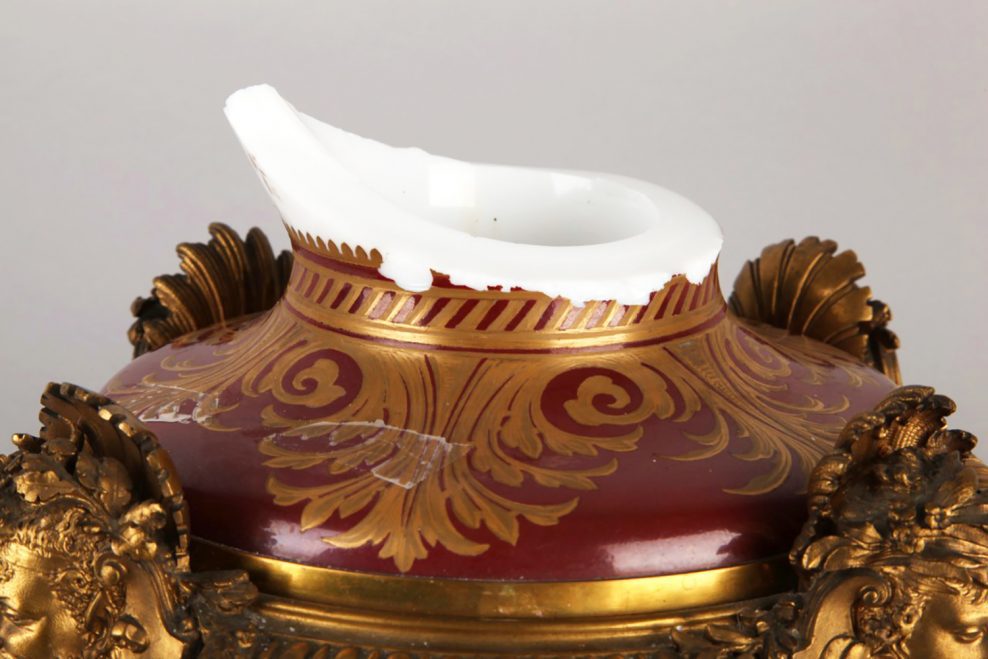 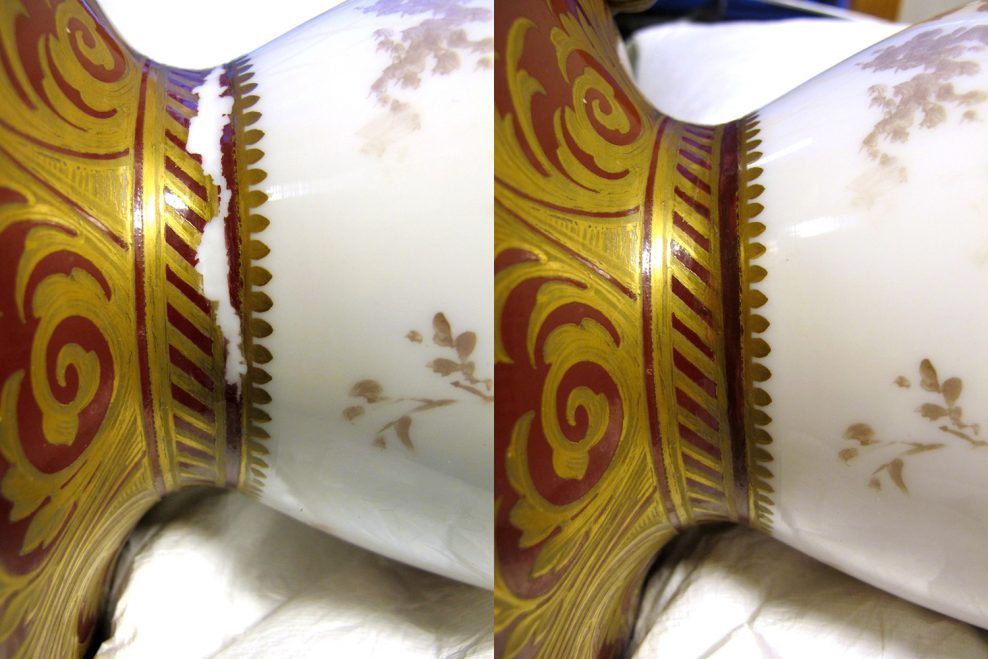 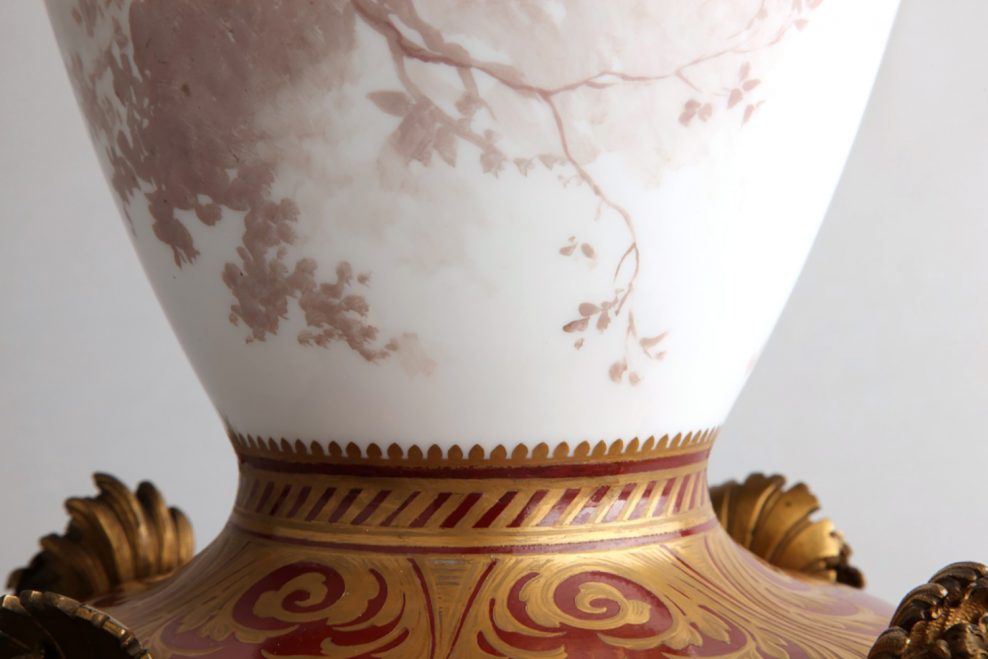 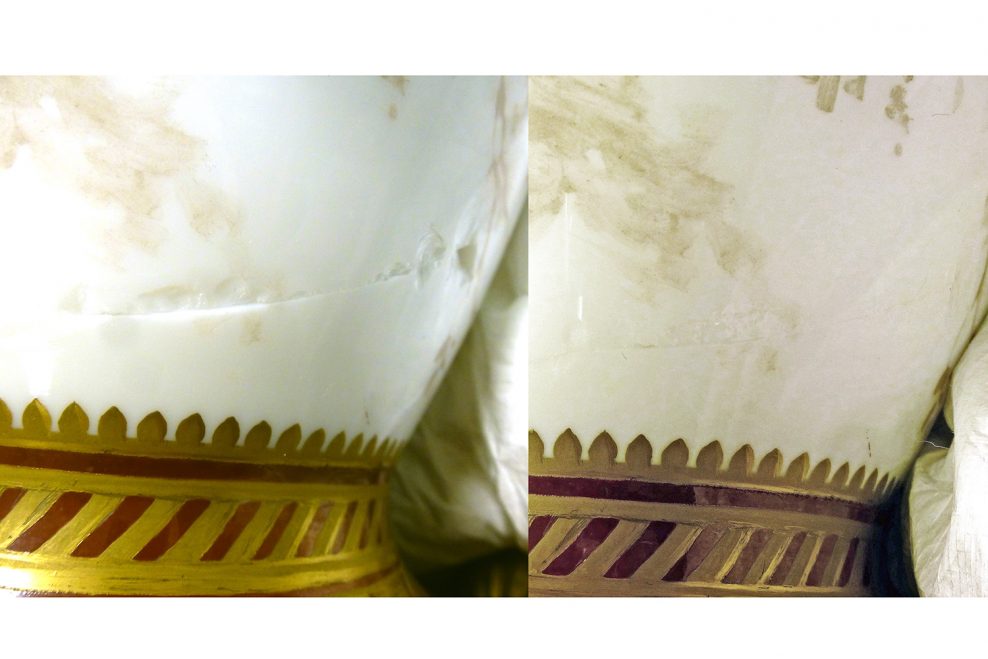 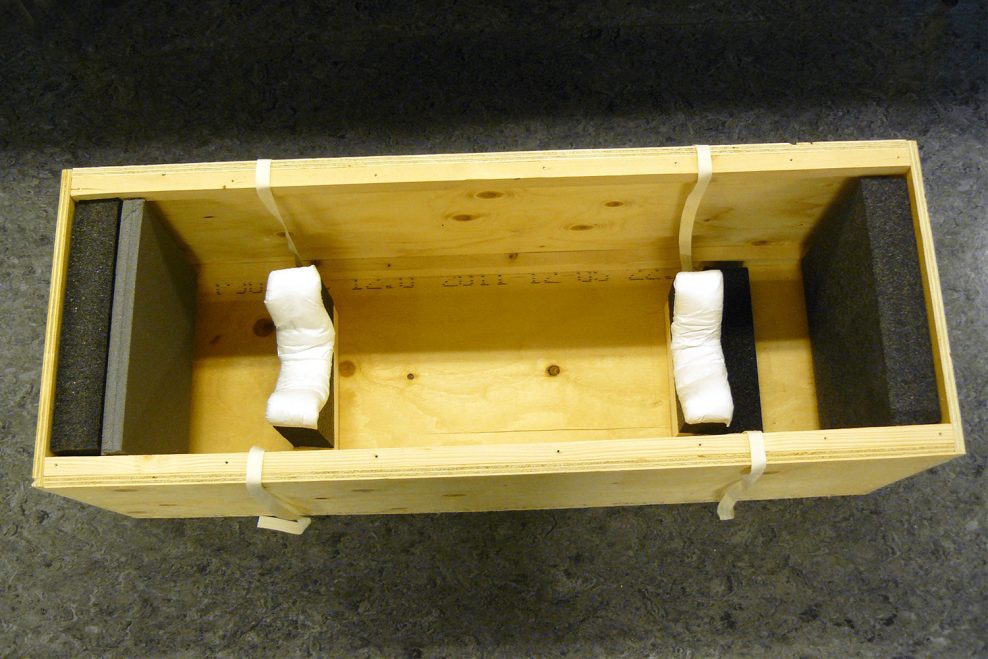