This project cleaned 440 Roman silver denarii coins. Corrosion had obscured the surfaces so many were not legible others were visually distracting.

This collection of 440 Roman silver denarii coins buried inside a ceramic pot was uncovered in 2015 at a site on the Edge Hill. Buried over 1900 years ago, the coins range in date from 147 BC to AD 70.  It is the second hoard of denarii to be uncovered at the same site. This hoard is extremely rare as it contains coins minted by all four rulers during the civil war period of AD 69, known as ‘the year of the four emperors’.

The conservation removed the corrosion so that the original surface could be read. It did not seek to make the coins look new again and some corrosion remains on the surface.

In 2019, the people of Warwickshire supported the museum in fundraising to secure the hoard. The hoard was eventually acquired by Warwickshire Museum and is now on display at the Market Hall Museum in Warwick. 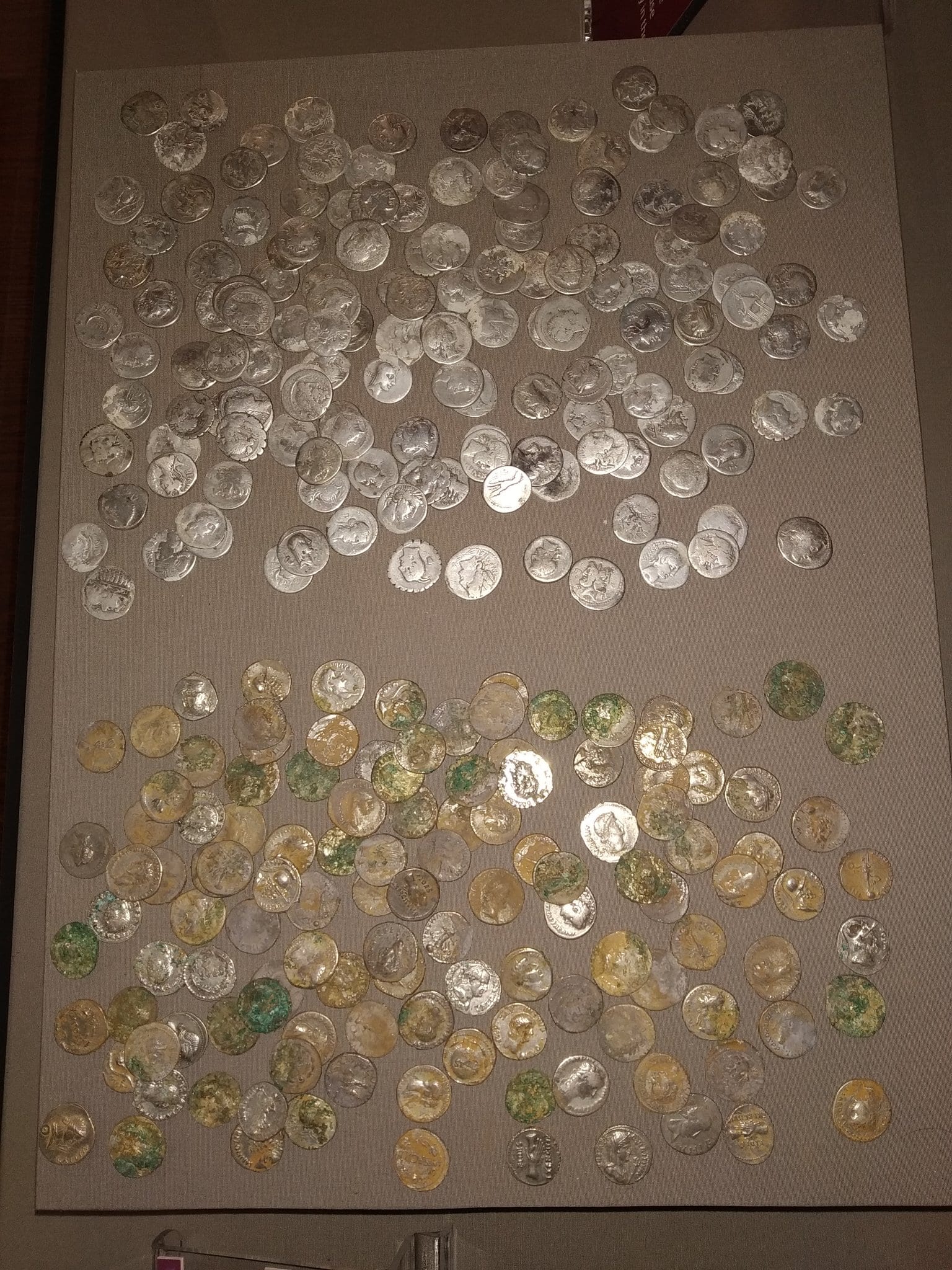