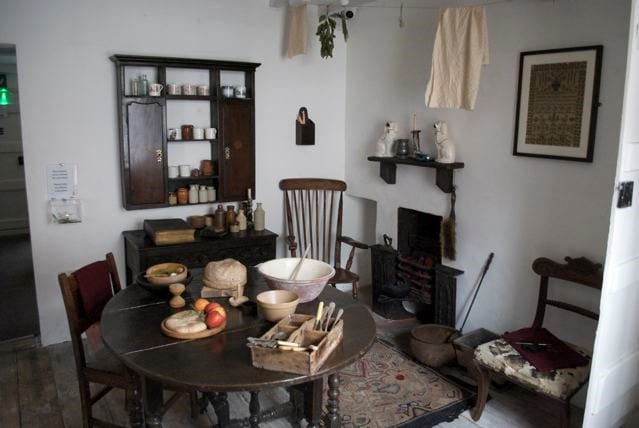 Newtown Textile Museum first opened in 1967, giving visitors a chance to see how the handloom weavers of the mid-19th century lived and worked. The block which houses the museum was built in the 1830s as a handloom weaving factory, the looms occupying the third and fourth floors above three pairs of back-to-back cottages. At the end of the 18th century, Newtown was a very small town with a population no larger than a modern village. Yet within 40 years it had developed beyond its medieval boundaries and its population had grown to 7,000 people. In the process it acquired the epithet ‘The Leeds of Wales’.

Newtown’s development into a centre of industry is described through exhibits in the former cottages, while on the top two floors the story of fleece to flannel is illustrated by looms and spinning wheels, alongside displays of related industries and influential local people and demonstrations of modern wool craft, including spinning, weaving and quilt making.

Having only recently taken over the collection the Montgomeryshire Community Regeneration Association needed to better understand the objects and the care they needed. An AIM Collections Care audit grant helped the museum draw up a conservation plan and determined priorities for work in the future. “Everyone now has a better understanding of the work required, and we aim to seek further funds to enable us to implement the recommendations,” says chair, Janet Lewis.