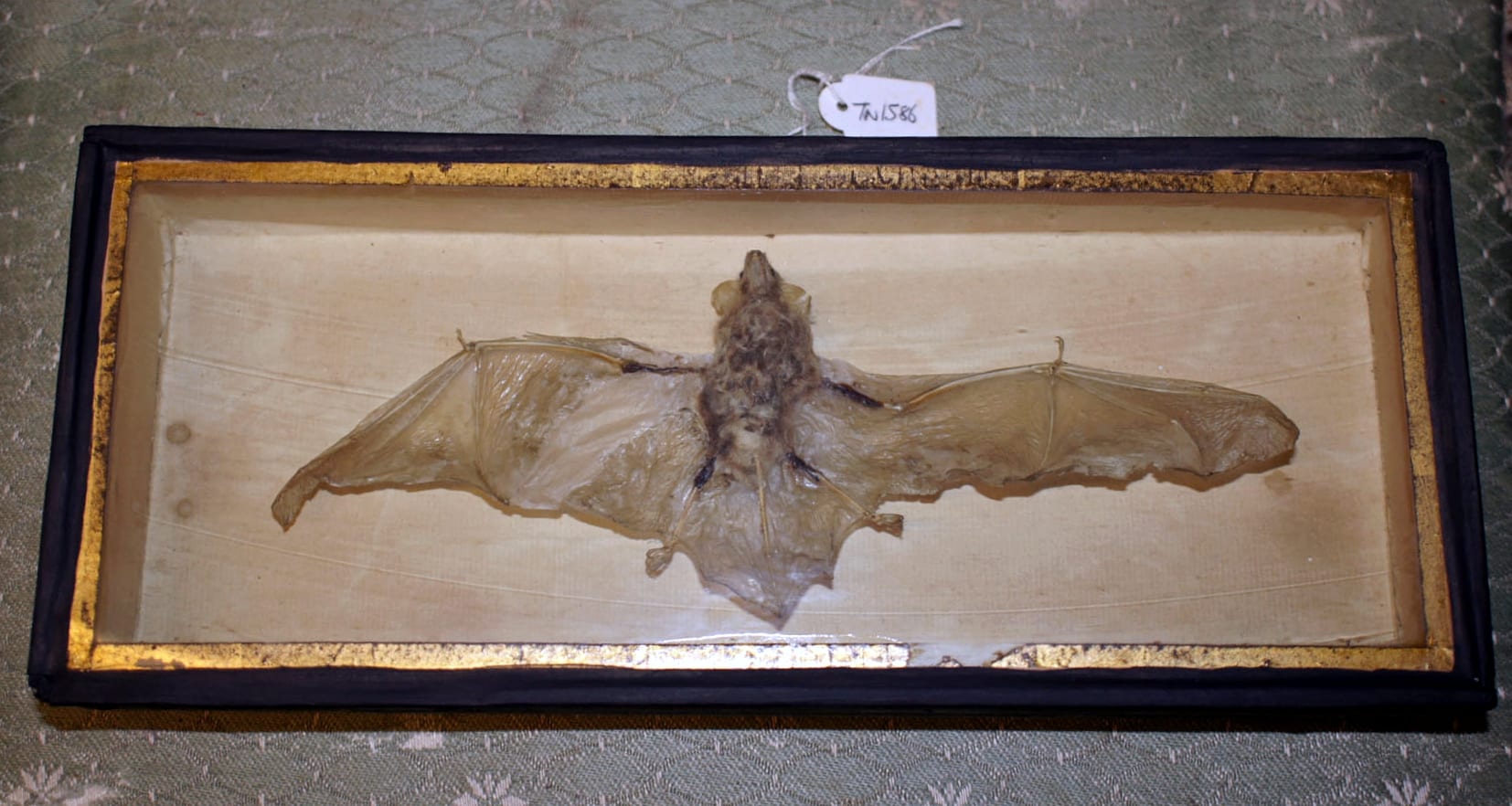 The right wing had become detached and the wing membrane and many other areas, especially the tail web, had either become torn or eaten away by the pest larvae. The brittleness of the wings was extreme and the project suffered a setback – a large hole appeared during the sizing of the wings because of the rehydration process and the weight of the size; but this was quickly tissued over and held together. The sizing, once dry adds a stronger and invisible membrane and also helps to blend in the tissued areas.

At the end of the project, the bat was mounted on a bit of cocktail stick and a small depression was drilled in the box base so the bat could be mounted back in its box. The partly-missing lower left corner of the box was also rebuilt so that the glass would sit nicely in the rebate, and also to help keep the pests out. The ripply old glass was carefully sealed in using old-fashioned gummed paper tape. This was then painted black.