Restoration, in-situ, of a intricate, complex painting of three archers which had remained broken, and inaccessible for over 100 years.

In 2019 I was asked by Jim Mitchell ACR to repair a tiny stained glass window, hidden for over a century, behind the massive bronze stature of William Wallace which he was removing for conservation from the Monument.

Access was very restricted – internally, a tight, cramped, tunnel-like space, and externally a terrifying scaffold overlooking the Carse of Stirling.

Fortunately, I did not have to remove the window, only the tiny broken shards. I repainted two new sets of archers based on the fragments that existed. The glass had obviously been broken decades before, but due to its inaccessibility, had never been restored.

The need for precision cutting and painting was extreme. The shape was very complex, and the leads were less than 3/16″ round. The new glass restoration piece had to be cut to exactly the right size and shape to be able to be safely inserted from the outside of the panel, and to remain secure for another 100 years, at least. The outside is completely inaccessible behind the massive bronze statue of Sir William Wallace.

This was an exercise in extremes, and one of the few times I had to check myself, working at extreme height in a restricted space, and overcome the natural fear of falling. I did love doing the reproduction painting.

The monument is a very scary building to work on. I’ve now done it twice – the other being in 2014. 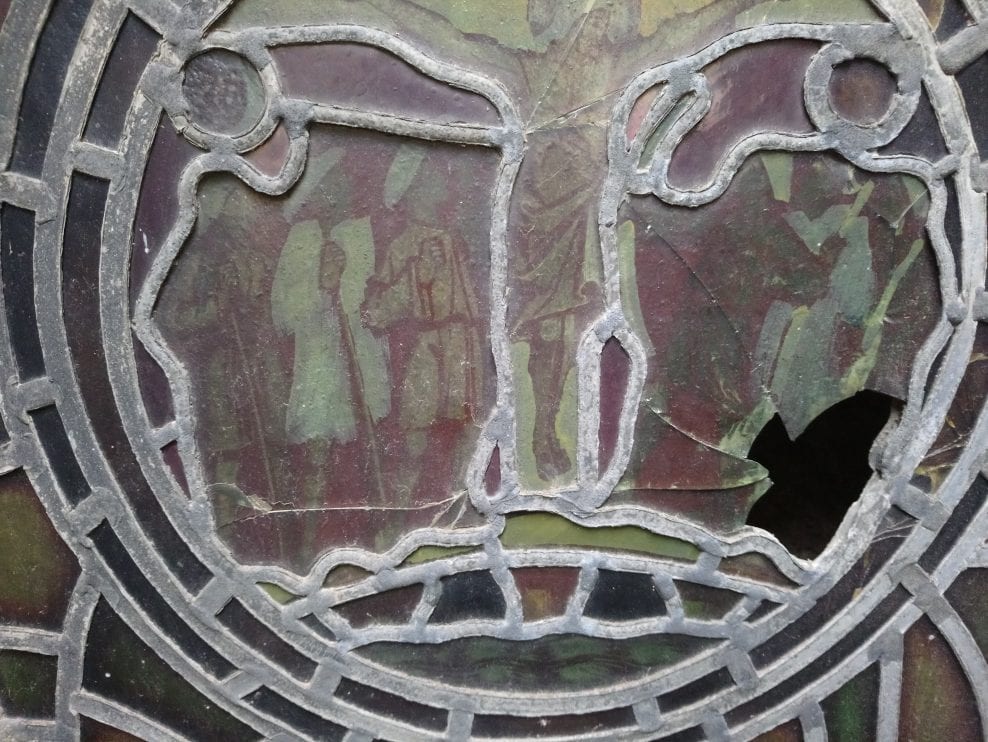 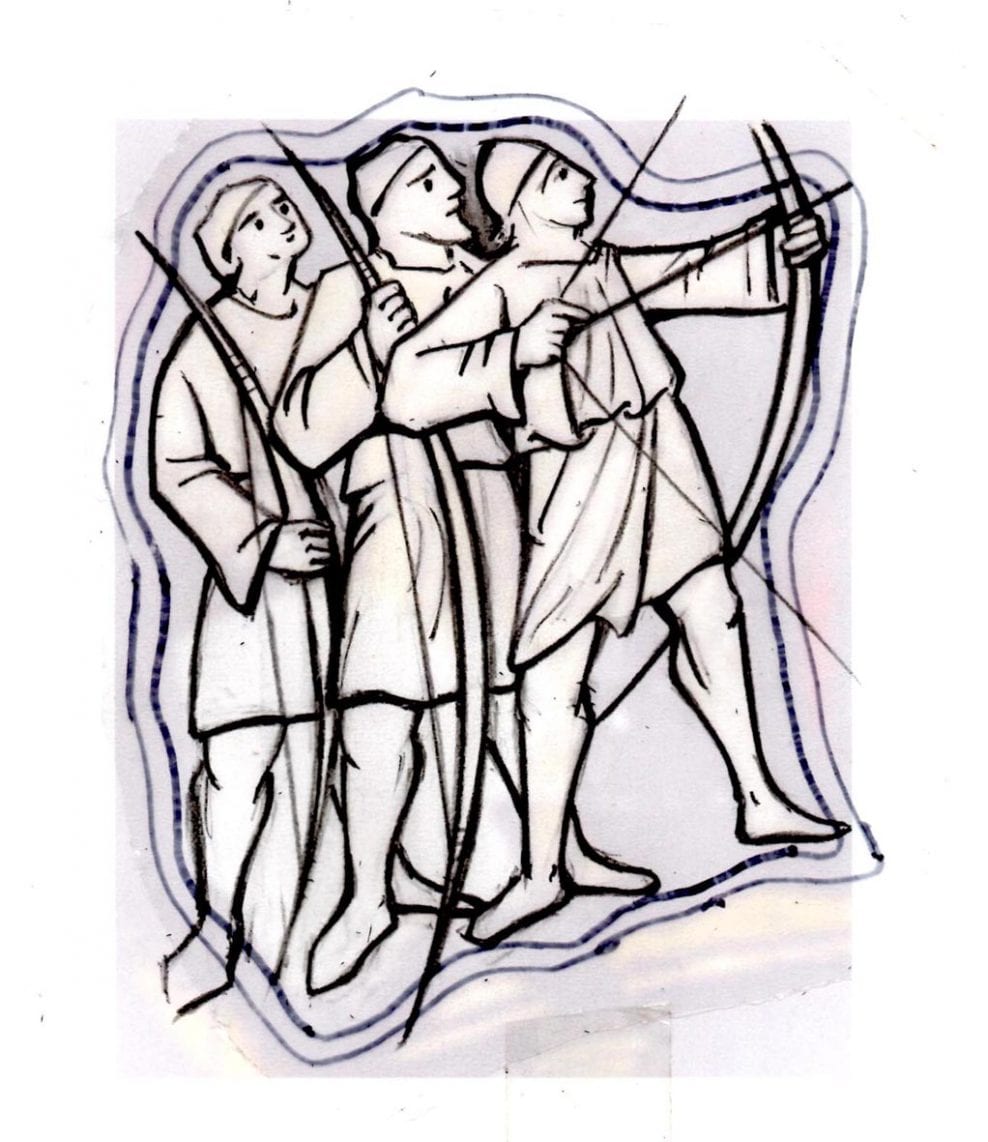 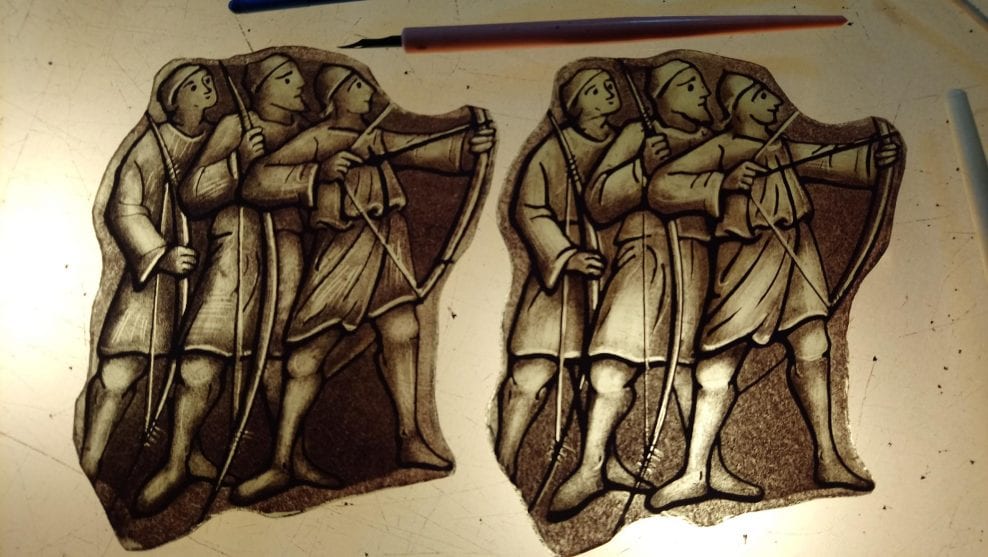 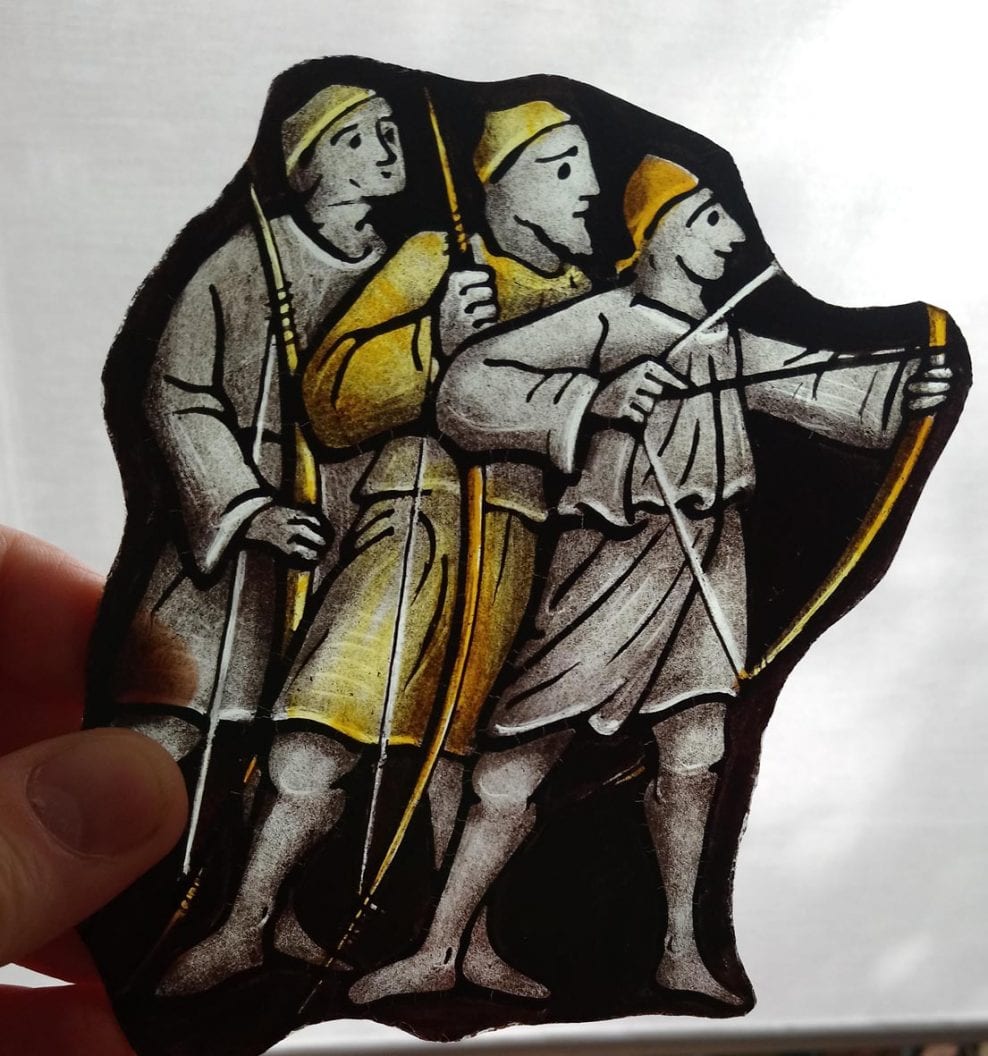 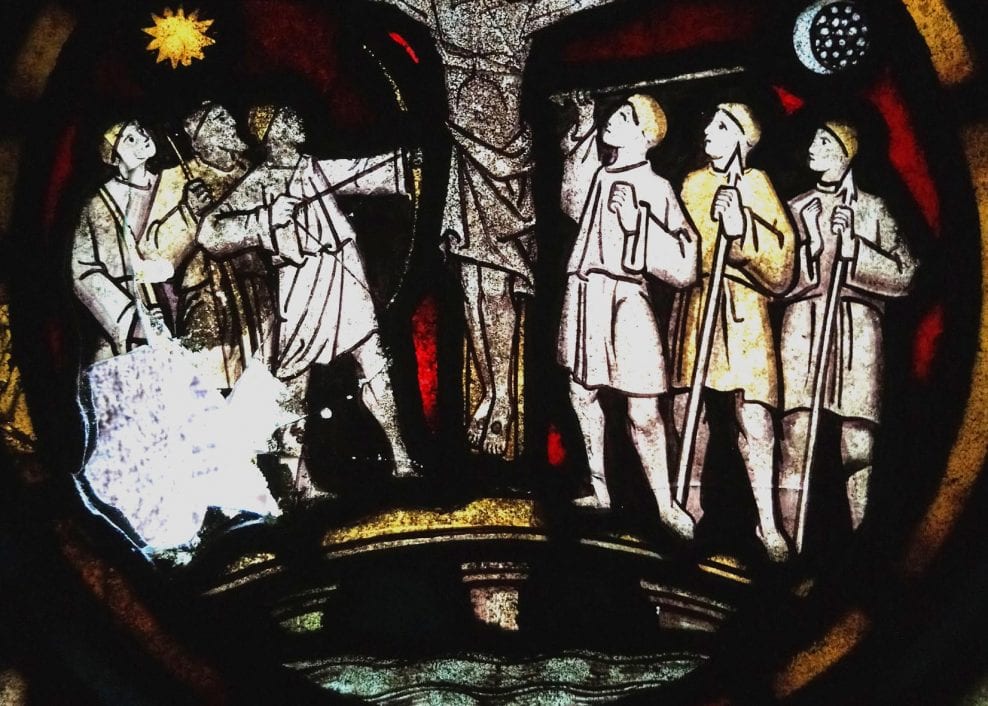 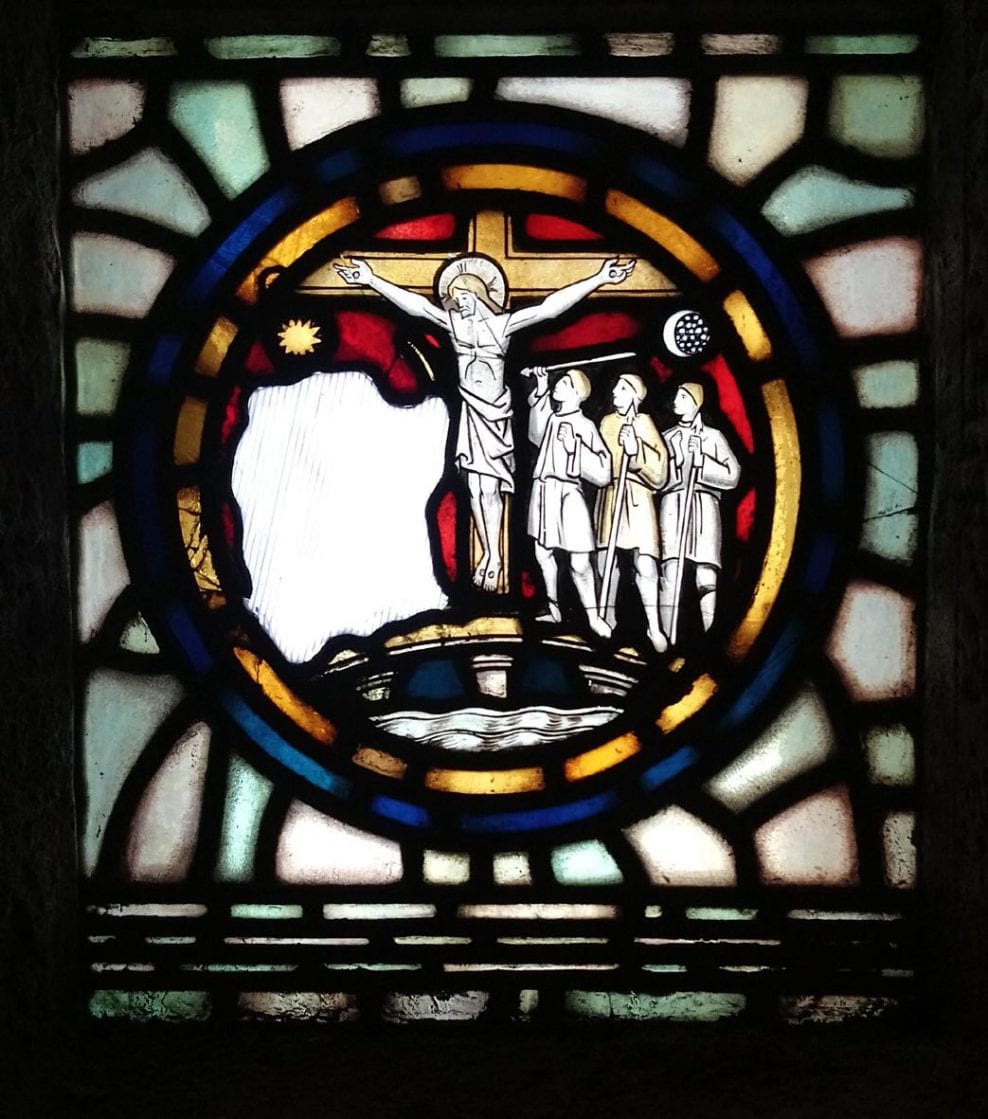 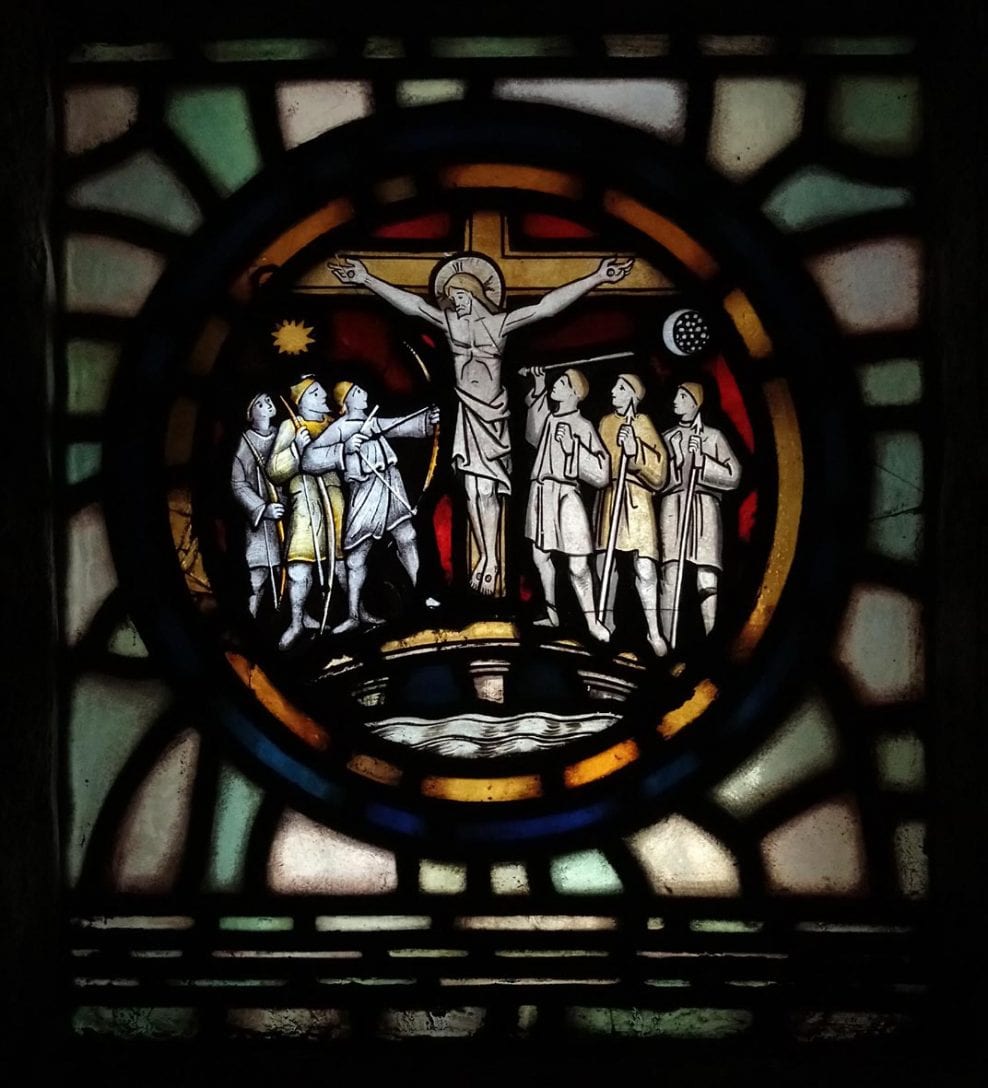 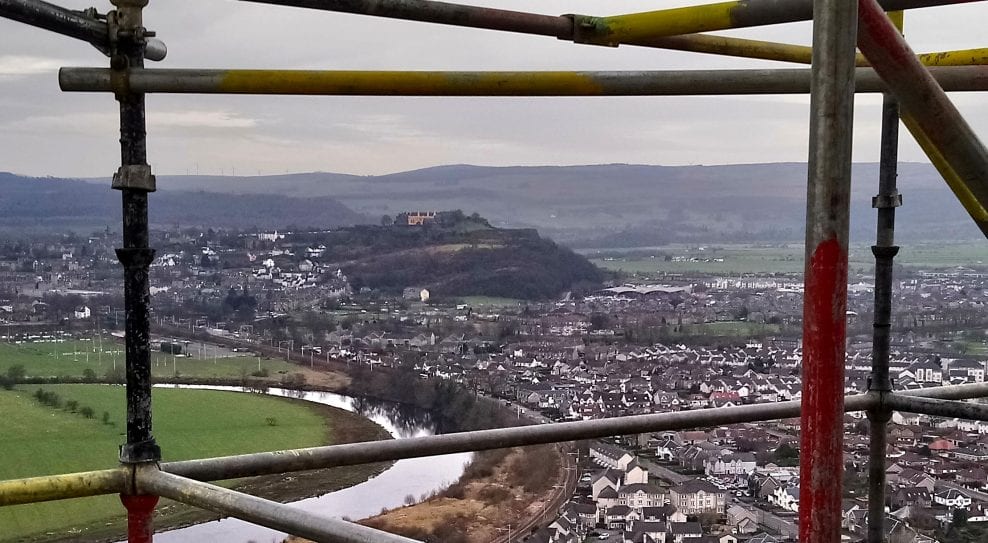 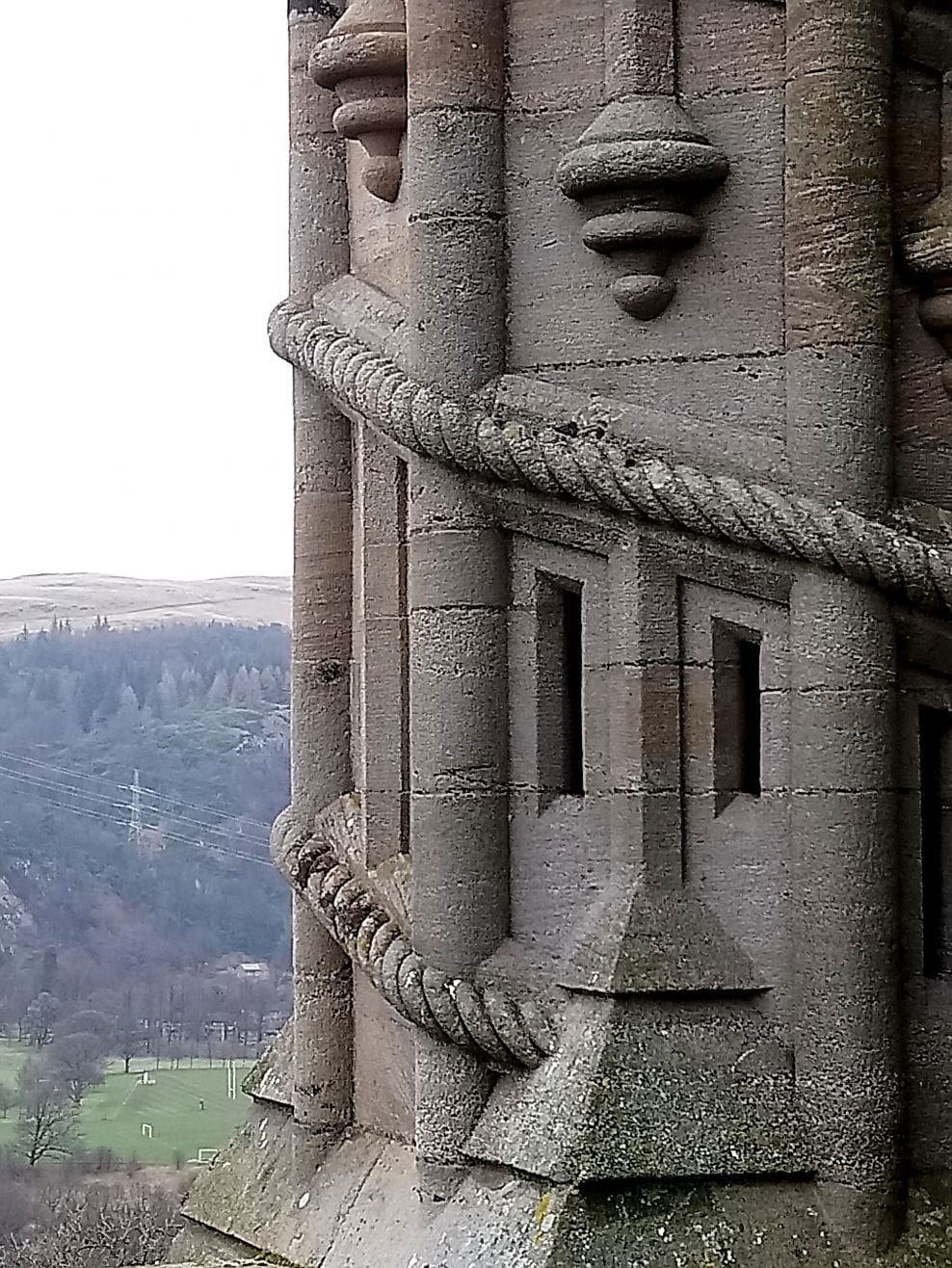