Conservation of a Verdure Tapestry; 17th or 18th Century.

This small 17th/18th Century Verdure tapestry found its way to our studio via a recommendation. It had been cut into two (probably because it was hung around a doorway) and suffered moth damage before several years storage awaiting renovation.

In order to ensure any residual moth larvae or eggs were destroyed the tapestry was placed in a freezer before stitching repairs were carried out. Solvent cleaning was commenced only after wool yarns and repair fibres had been wet-tested for fastness to ensure that dyes would not run. Whilst some of the repair wools did bleed during the trials we were satisfied that the risk could be controlled by removal of some of the repair wools and controlled drying.

Varied support stitching methods were deployed for stabilization: we used a combination of laid & brick couching and some grid formation stitching (due to budget constraints). The support patches were either undyed or pre-dyed linen.

Rejoining of the separated pieces was exacting because the tapestry had to hang under some tension under a moulding. Velcro tabs around the edges and centre created enough tension to make the tapestry look taut within the frame. It now hangs in pride of place in the newly renovated home of our client. 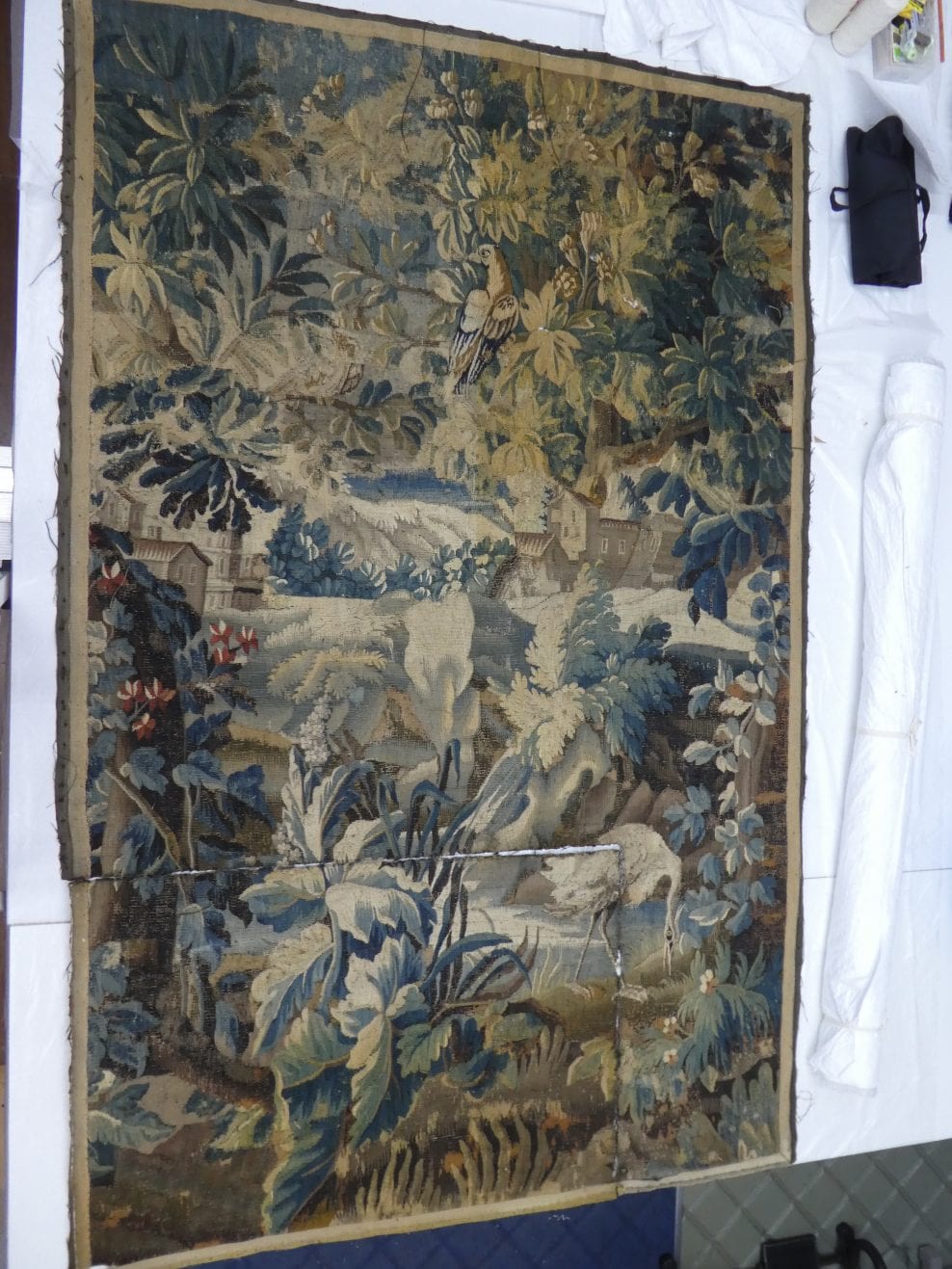 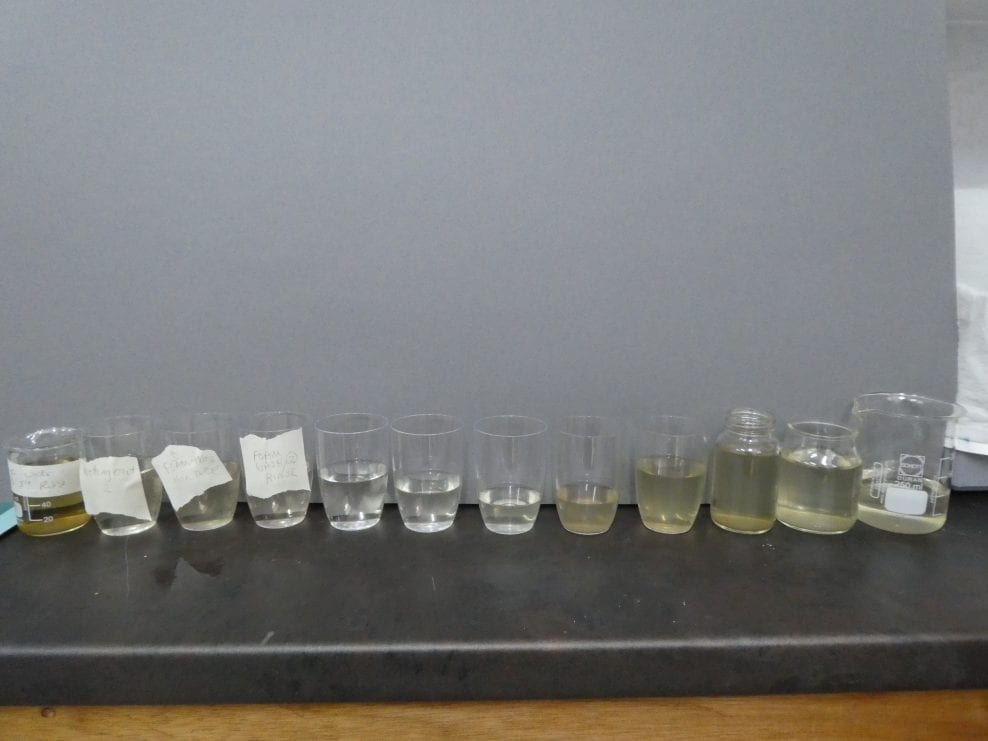 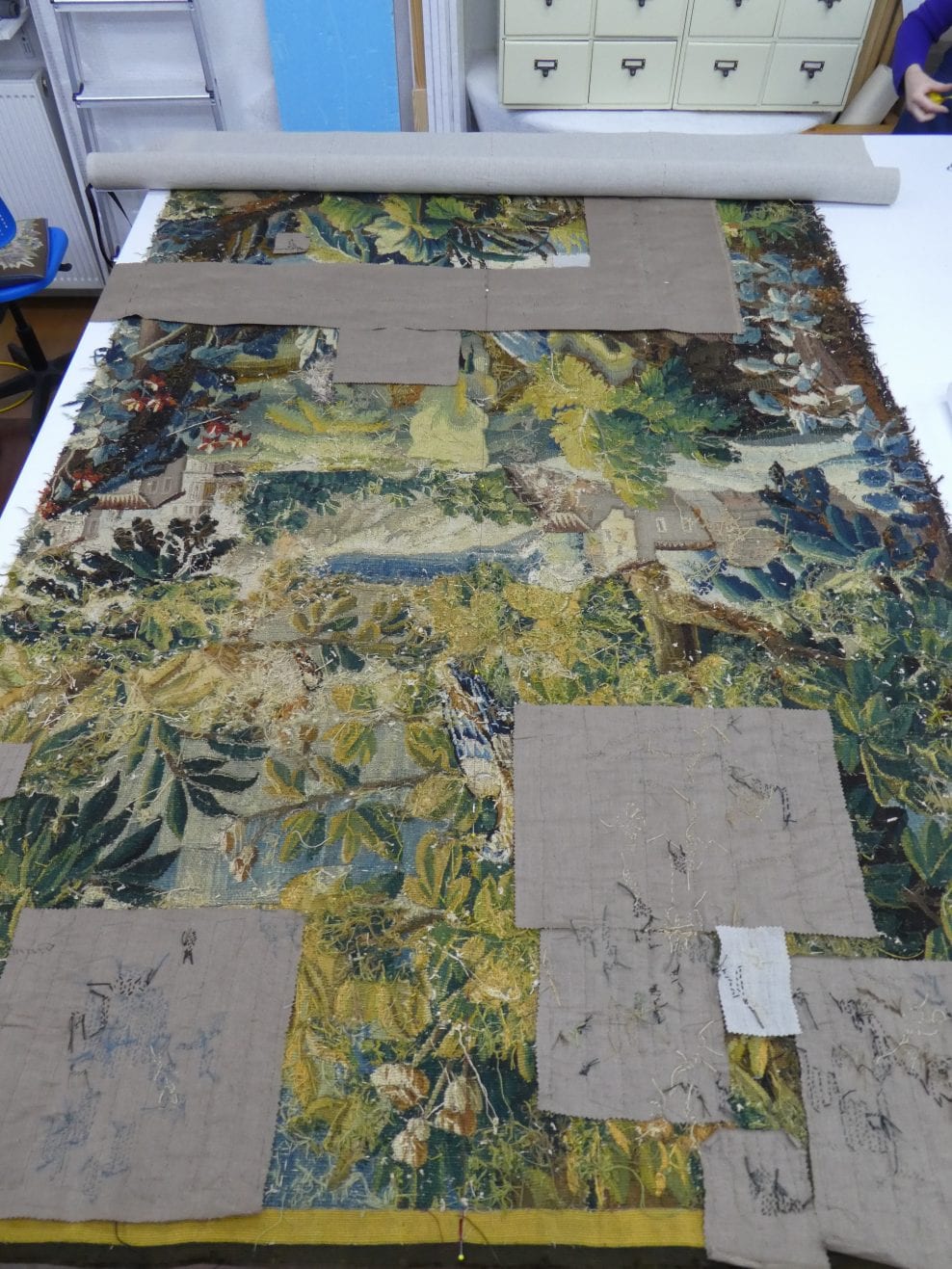 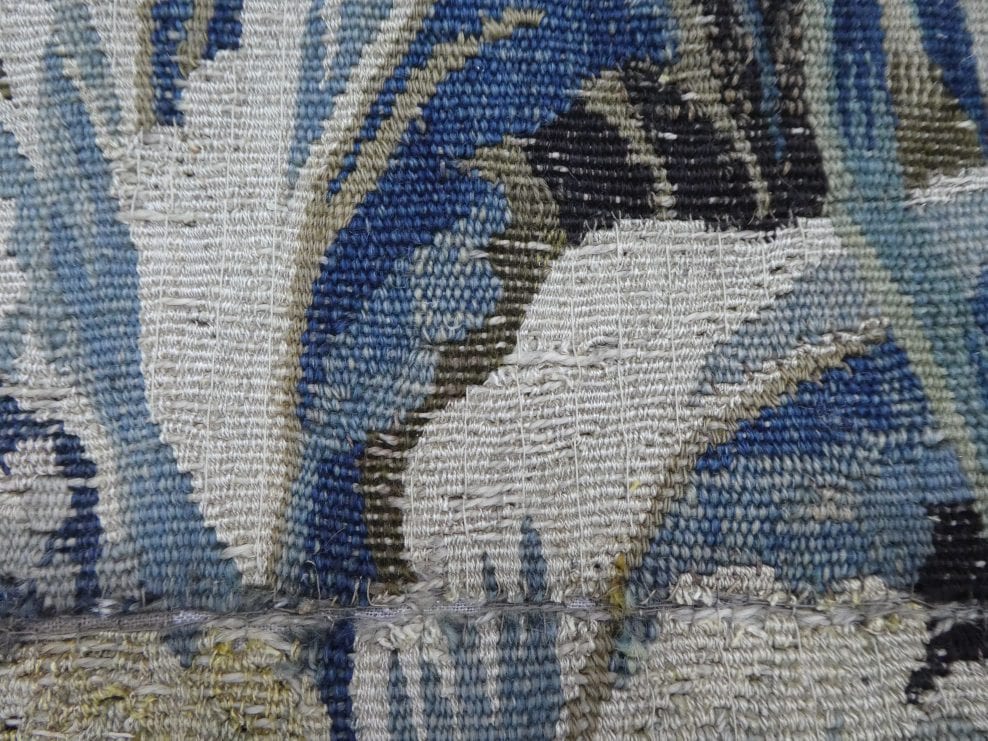 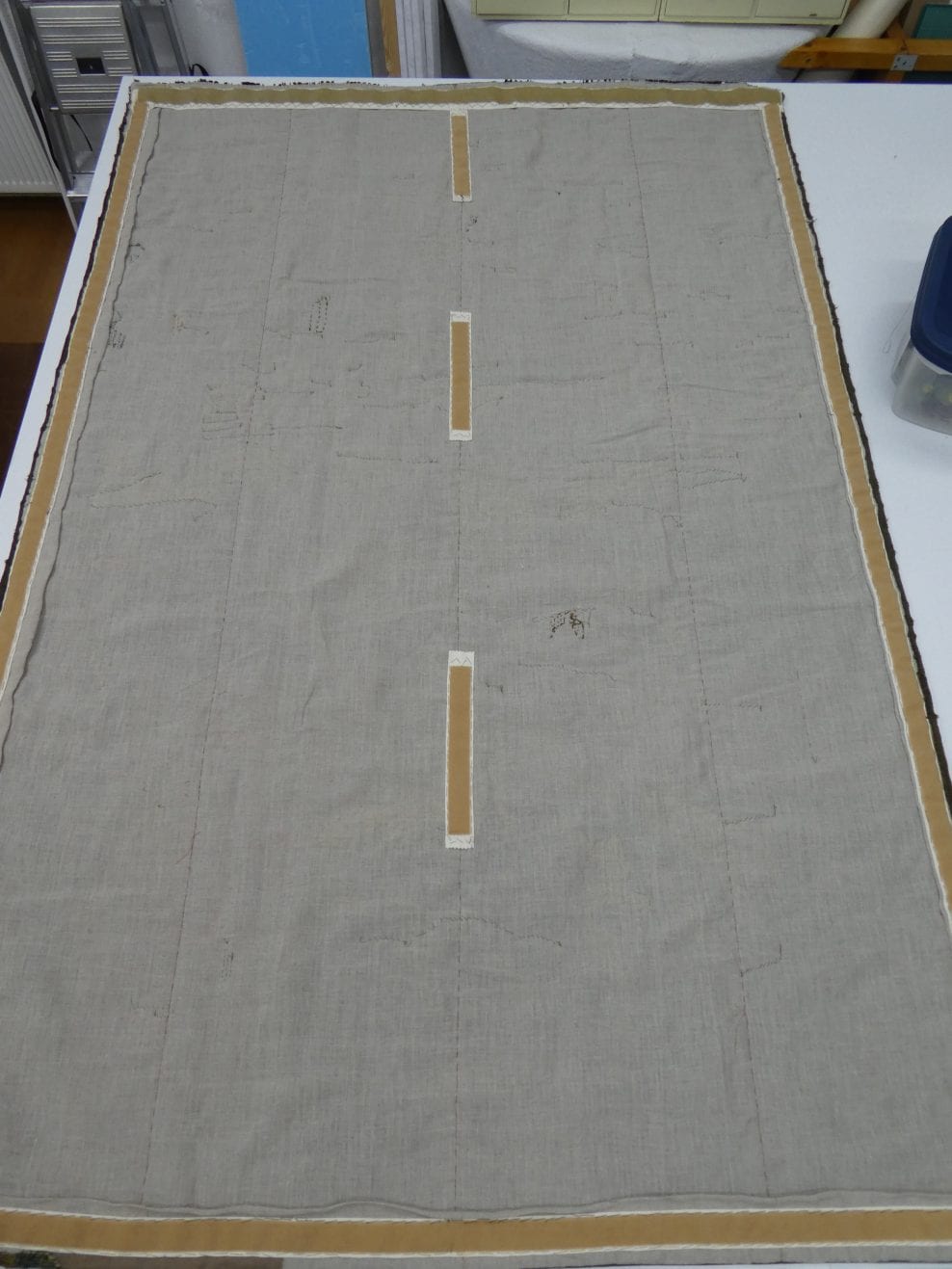 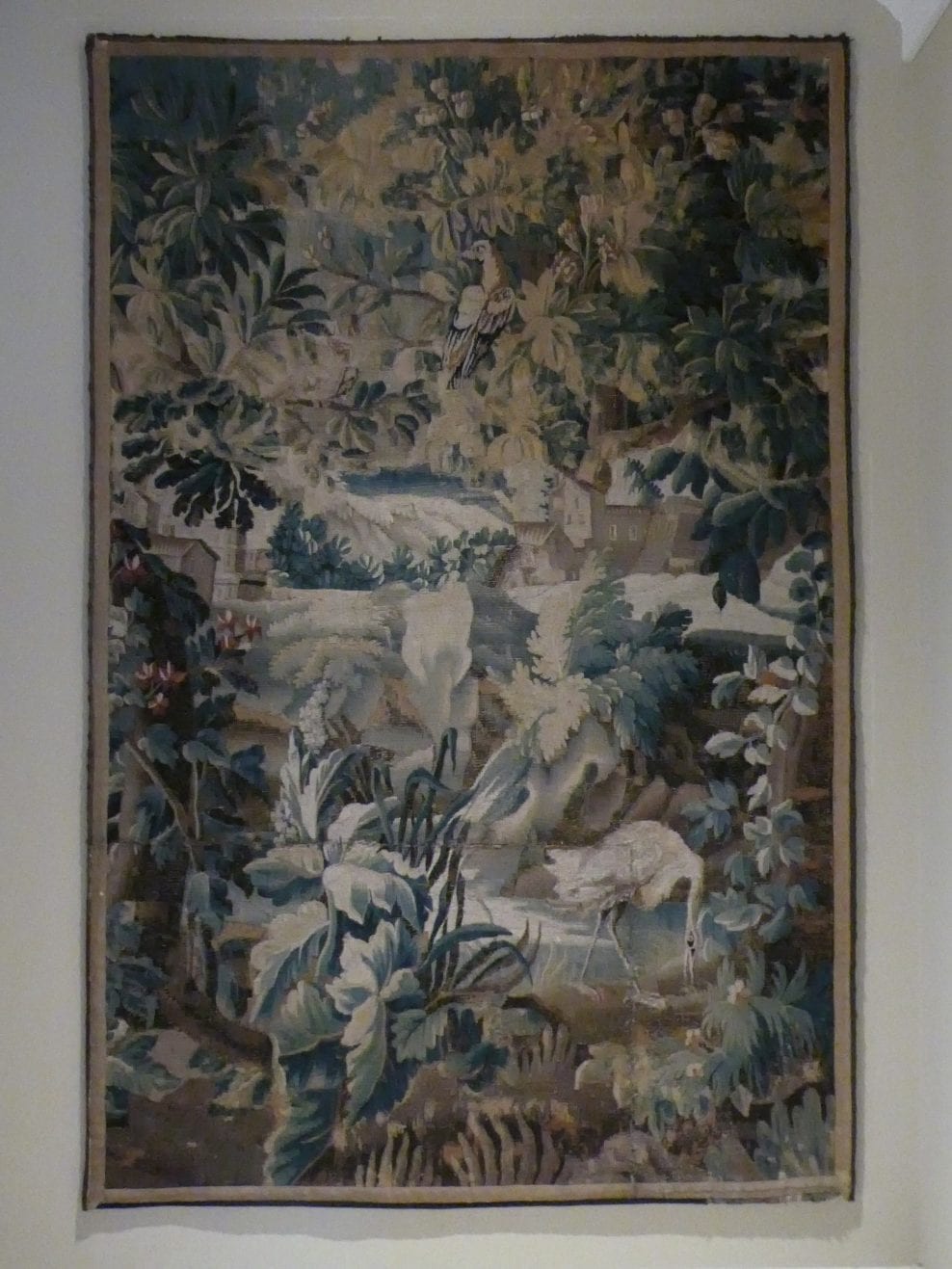