The conservation of elements of the U505 WWII German submarine, a key exhibit in the Museum of Science and Industry Chicago, IL USA. Special areas had been selected to be opened up for small groups to visit in addition to existing areas of public access. The brief was to plan to conserve all instruments, historic floors, cabinet work in the quarters, replicate a lost floor and provide ideas for how the treatment might improve or boost interpretation and enable exposure

The U-Boat U505 is from 1942. It was located by the British and captured by the US navy in 1944. The project brief was to conserve three historic floors, one in the galley, two in the aft torpedo room and replicate a lost floor in the conning tower. Conserve all instruments returning them to their original colour codes, restore strength to access ladders on all floors and decks and the cabinetry and instruments in the men’s quarters. The instruments on all levels had been overpainted and those were removed layer by layer to the five colour paint scheme implemented by the Germans underneath.

Research into paint layers on board and from Kriegsmarine who produced the original schemes was completed with original documentation examined. Documentation from the museum was examined and conversations held with a previous curator, now retired,  who managed much of the work on the U-Boat in the past.  There were five layers of overpaint and five German layers beneath.

The whole boat was cleaned including below floors, where accessible, including below the control room. The bases of both periscope tubes were examined, opened up in one case, and stabilised. Overpaint on instruments was removed, post war damage repaired, all original paint was stabilised and protected and, where lost, matched and replicated.  Steel structures were accessed and repaired to allow floors to be fully conserved and stable on their subframes. Access between decks was improved by repairing ladders and one timber ladder replicated and installed to the top deck. The timber decks were conserved and subframes built where those had been removed in small sections. Deck storage was conserved, doors damaged post war were repaired and rehung. The periscope tubes, as one of the key areas in the brief, were cleaned as far down as possible after which the bronze and steel elements of each tube were conserved and protected prior to the installation of Perspex covers to enable viewing once they are lit.

On several occasions the team was able to present work to the public and specially invited groups but for the most part all our work was carried out at night. This required carefully scheduling, as public visits were made during the day  Those elements that would be at risk during treatment and exposed during the day were planned so that either they were covered during the day or completed and safe to be accessible the following morning. 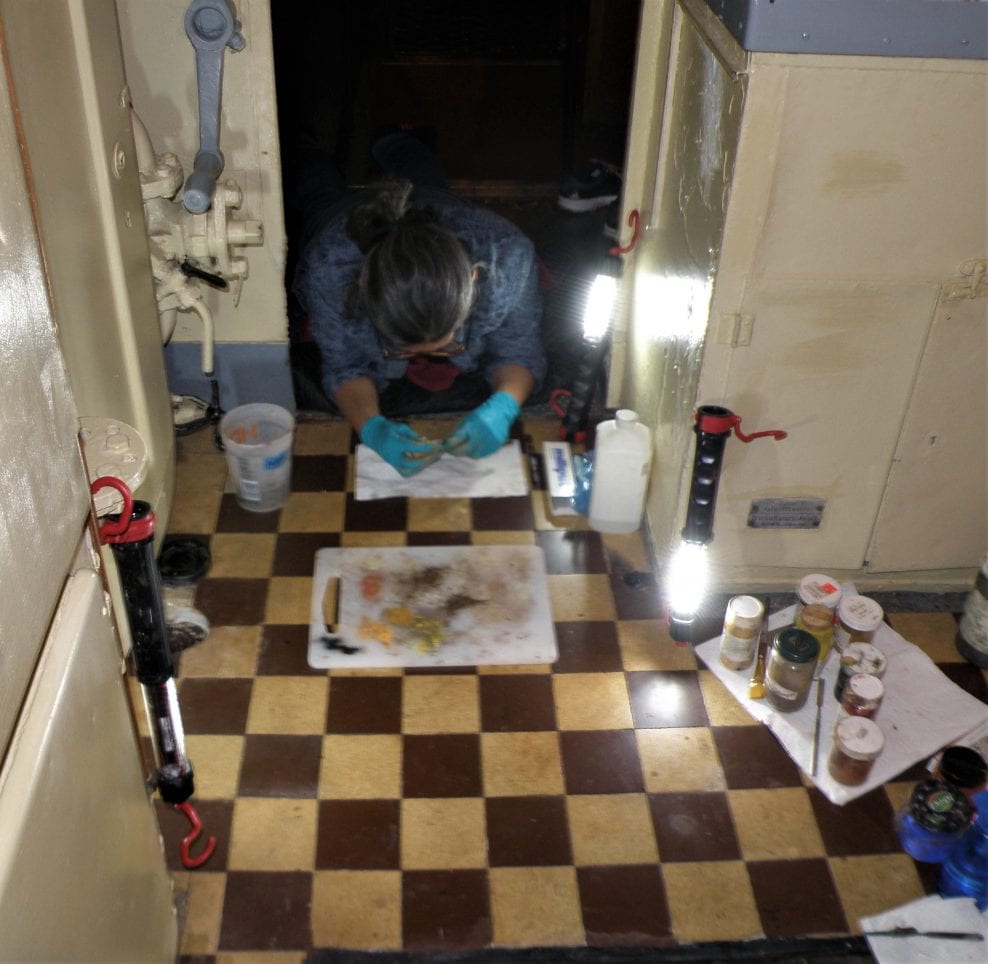 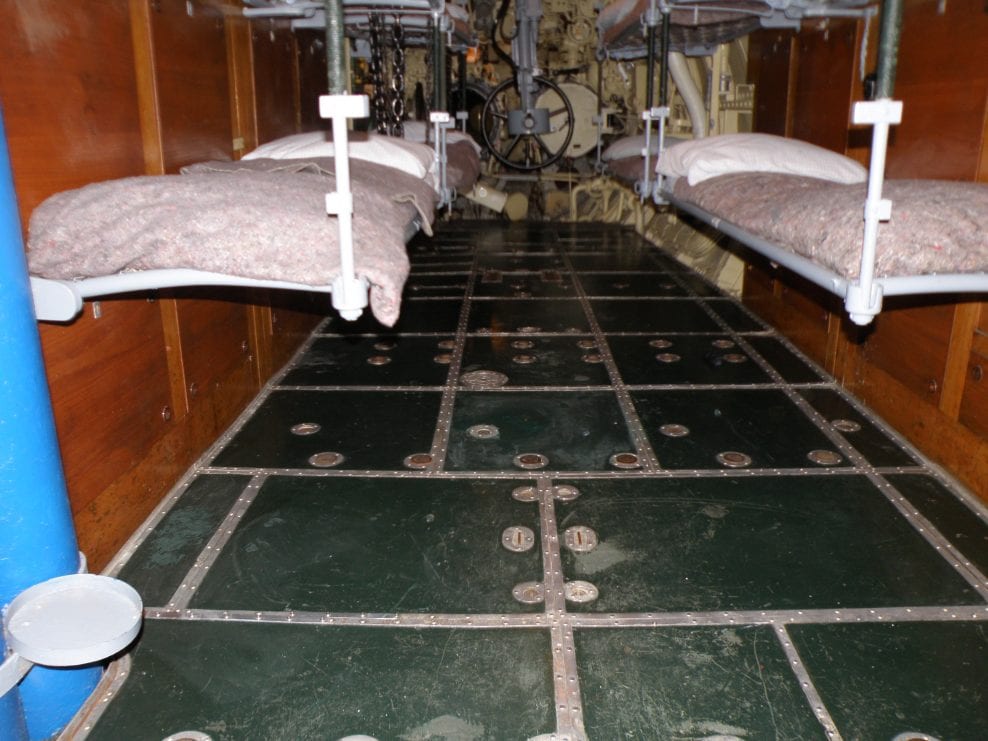 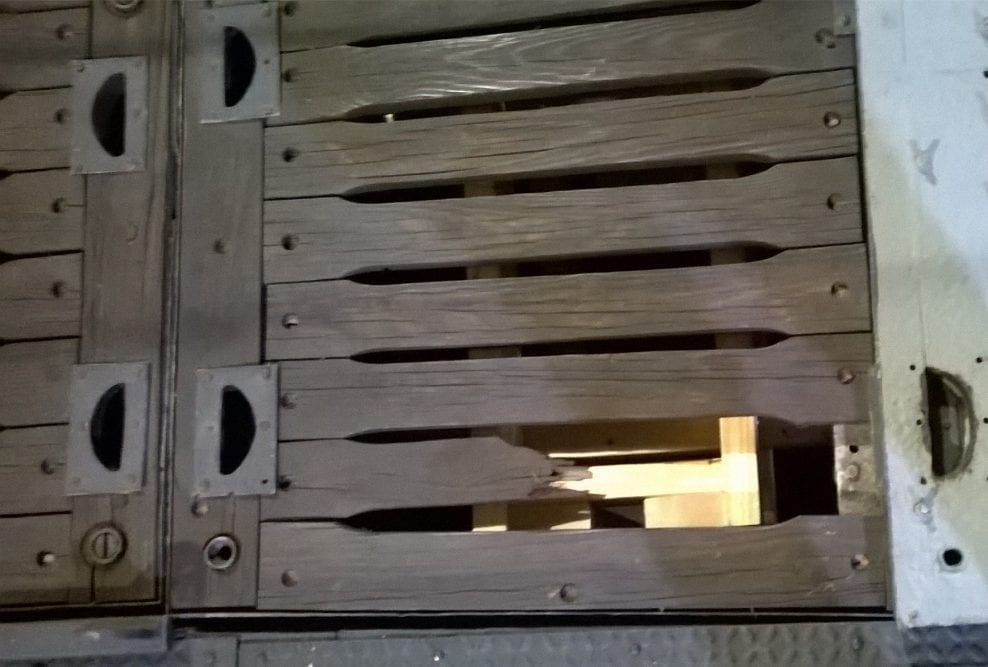 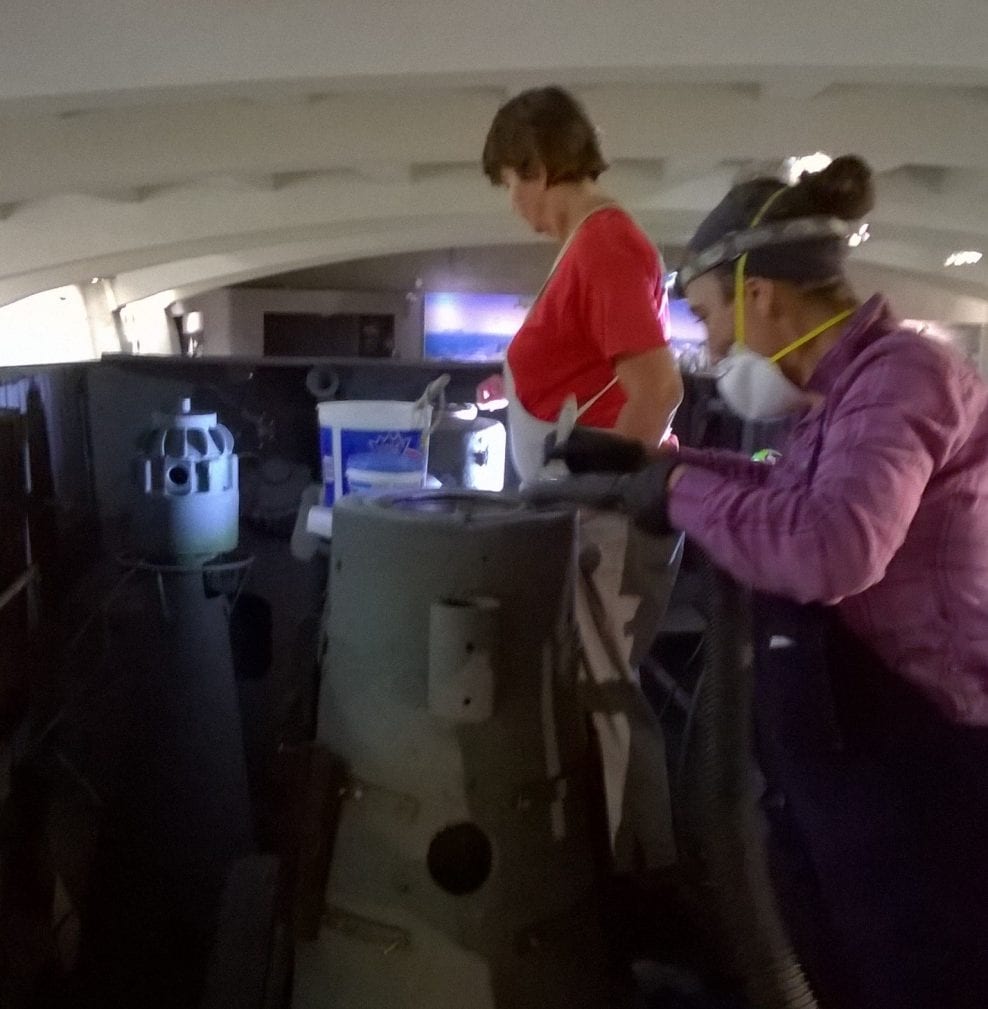 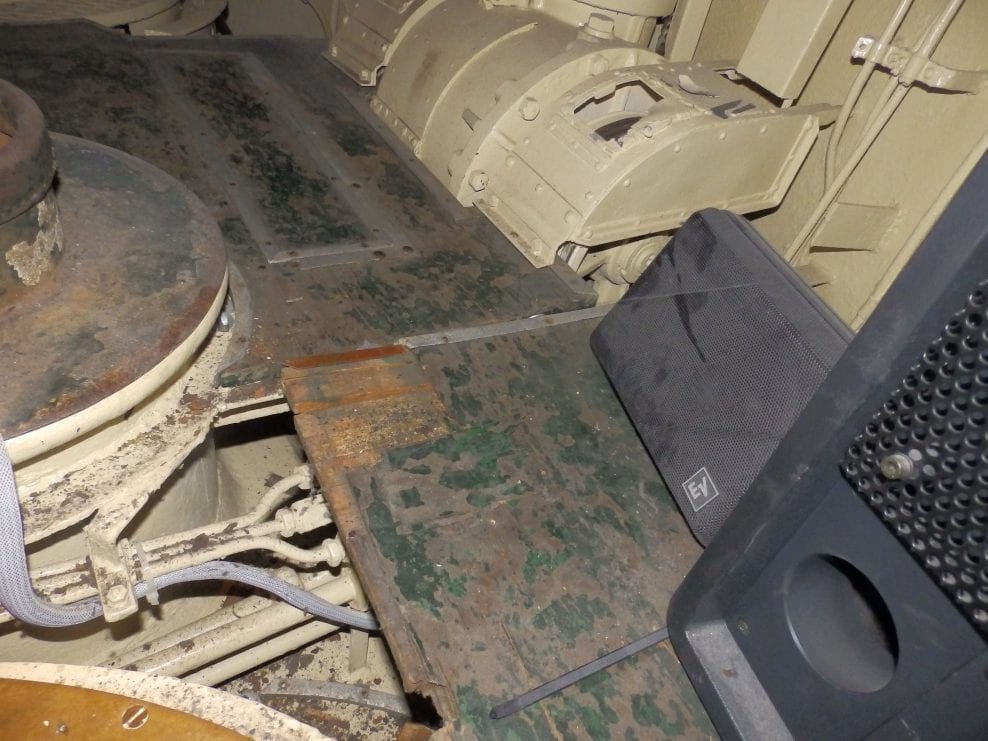 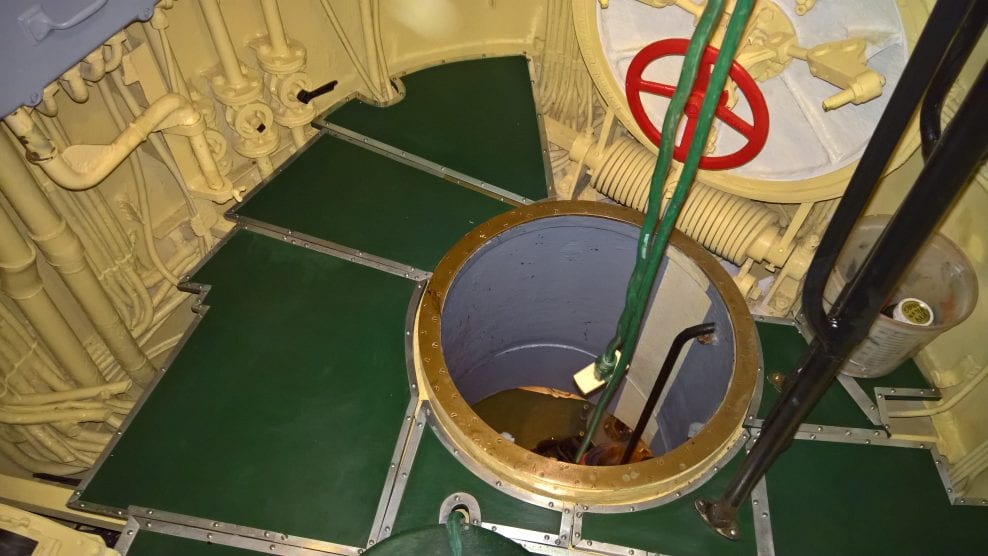 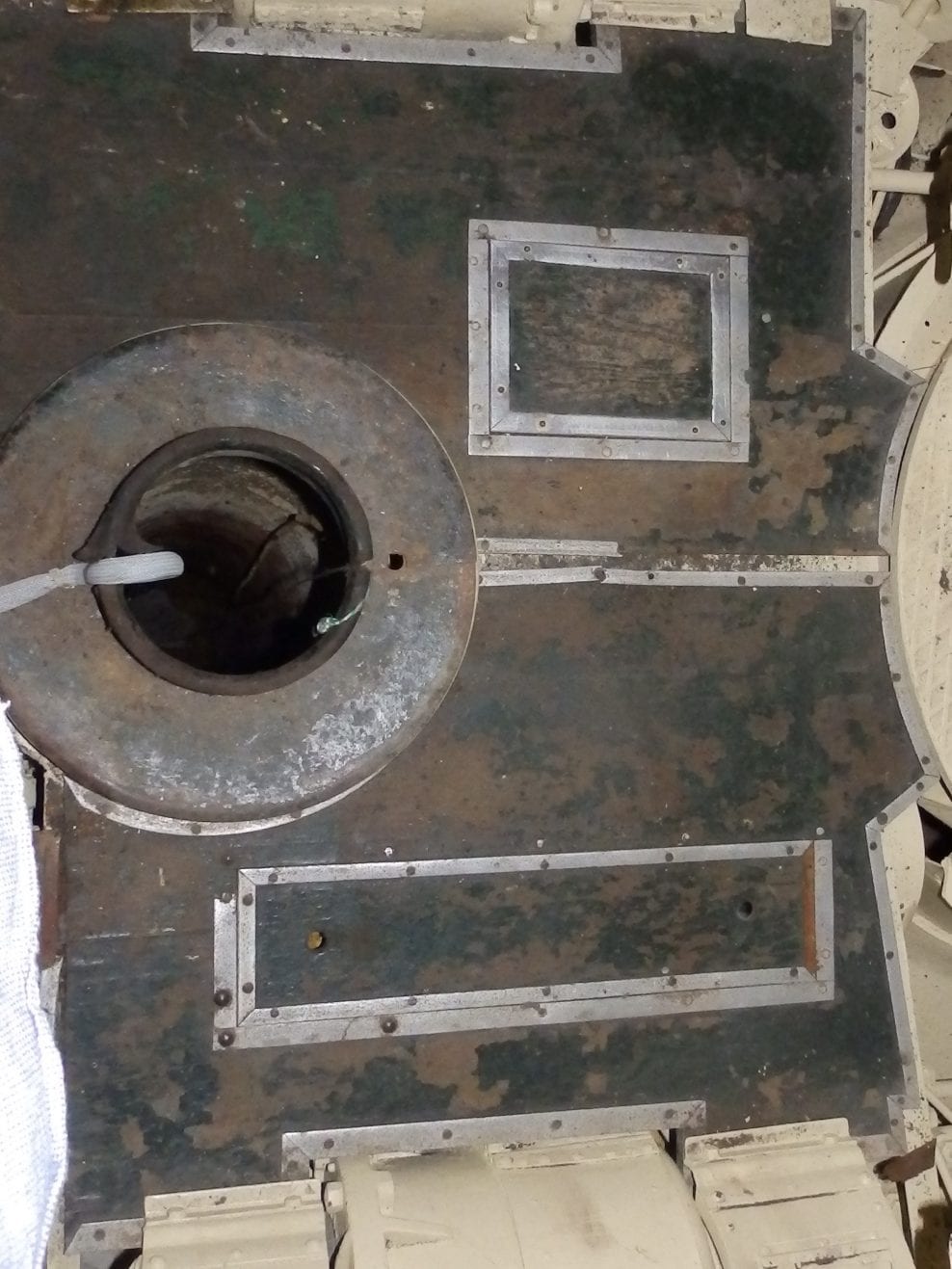 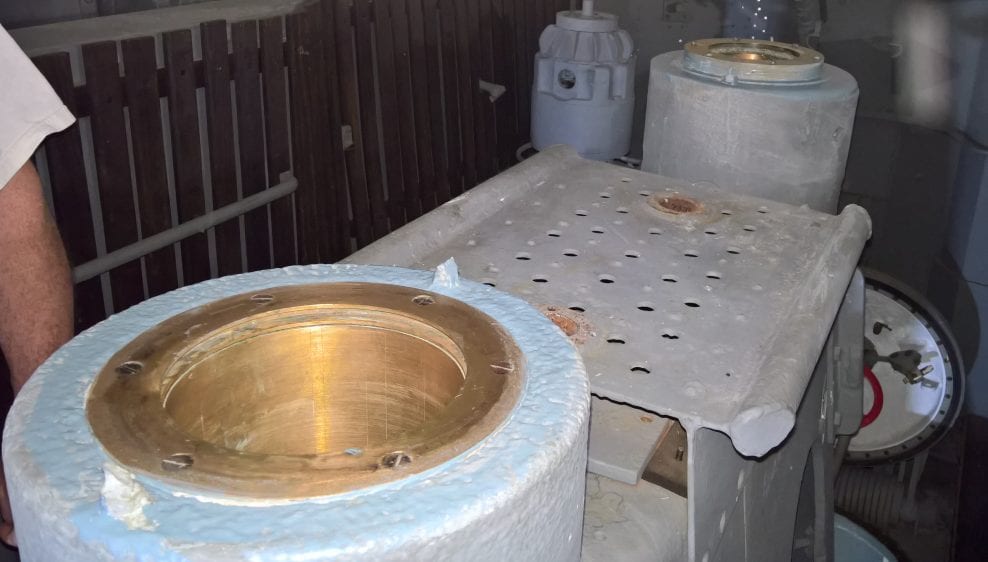