The mounting and framing of a large and heavy modern work

A series of large, heavy and fragile collages consisting of photographs, crayon, pastel, concrete and emulsion paint had spent many years in a box. The owner wanted to enjoy the items, so we developed a method of mounting them safely and securely in a series of deep frames.

Housing these large and heavy collages in a box protected them from physical and environmental damage, but prohibited them from being examined and enjoyed by it’s owner.

I attached the collages to hidden backings, made from laminated mount board, using numerous Japanese paper tabs. The backing boards were then velcroed to sheets of marine ply, in such a way that they appeared to float above them. Placing the constructions into deep box frames (sprayed in a pale off-white colour) created simple borders that helped to emphasise the complexity of the artwork.

The use of high quality, non reflective, U.V. filtered glazing meant that the glass almost disappeared, leaving the artwork looking very vulnerable. This emphasised their fragility. 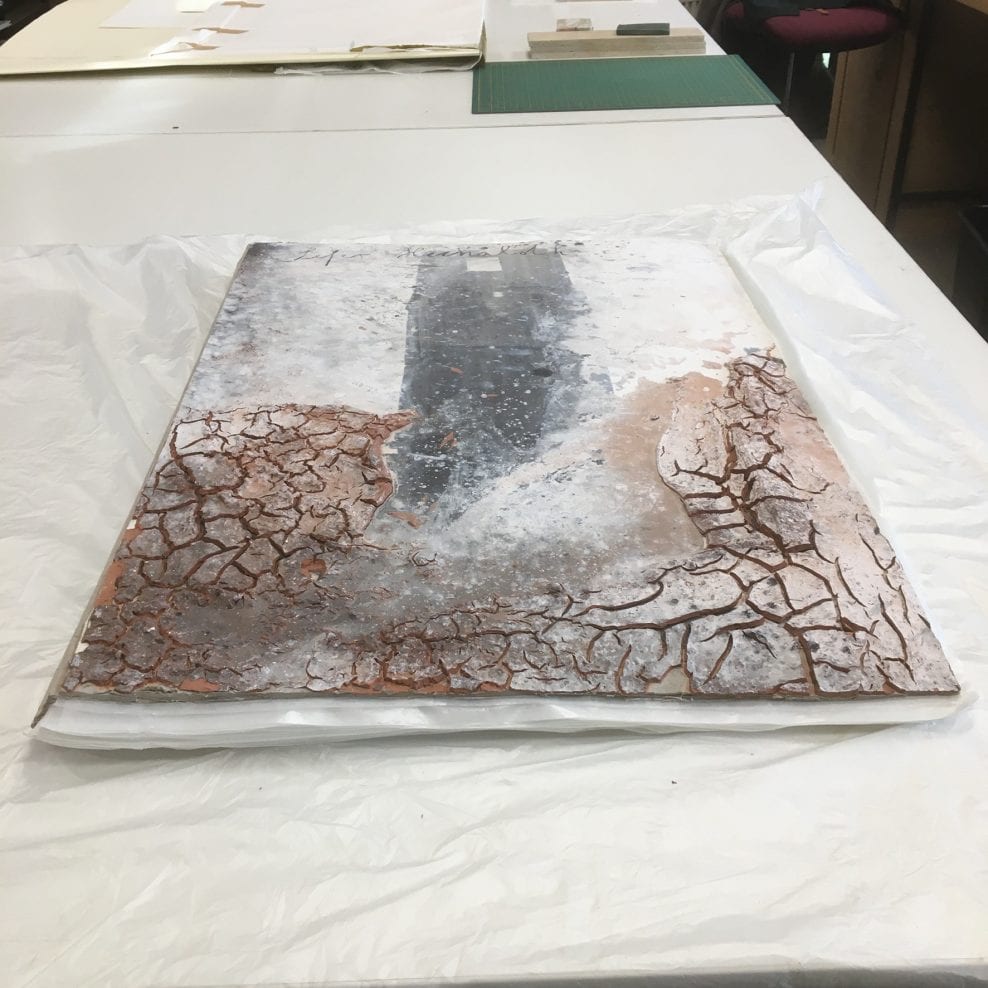 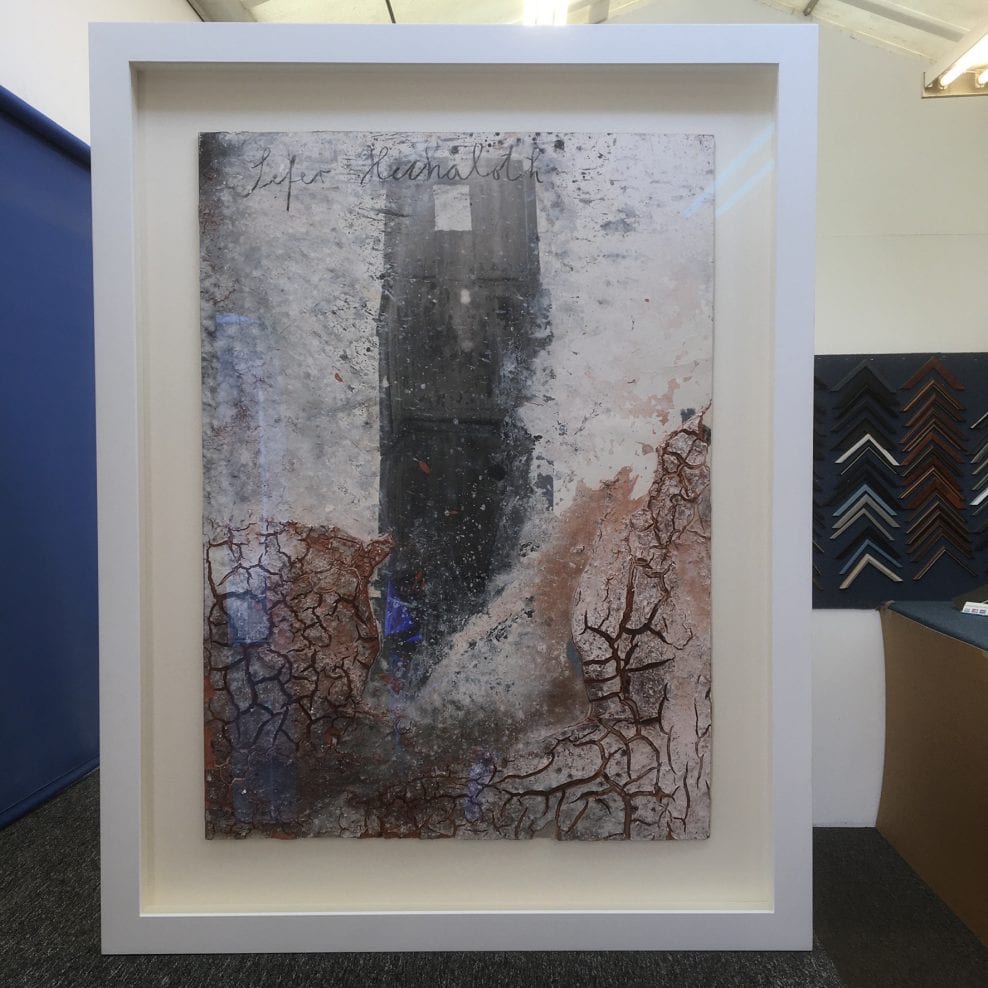