The early twentieth-century West window of Stow Minster, Lincolnshire, was almost destroyed when it was blown out in a storm in January 2014. Barley Studio conserved the surviving pieces and restored the window back to its former appearance, reinstalling it with a new and much improved support structure.

In January 2014, the 2.4m wide oculus West window of Stow Minster was blown out of its opening during a severe storm, falling nearly 10 metres and shattering into hundreds of pieces on the Minster floor below. Over the following days, the remains of the window (glass, lead and supporting metalwork) were collected together.  Remarkably, one of the nine panels making up the circle was almost intact, although others were so badly damaged as to be unrecognisable.

After long discussions between the parish, their architect and their insurers, Barley Studio were commissioned to restore the window as far as possible to its original appearance.  The window had failed due to the inadequacy of its original structural support system (ferramenta); therefore the design of a new and improved support system was an integral part of the reconstruction.

The window depicts Christ blessing the children, and is probably by Kayll & Co of Leeds. A plaque on the wall below states that “This circular window is erected in affectionate remembrance of Joseph Haydn Skelton (late of Stow Park) who died 15 December 1922”. We were fortunate to be able to source a high-quality photograph of the window before the damage from Gordon Plumb, which proved extremely useful to the restoration project.

The collected glass fragments were painstakingly pieced together, like a giant jigsaw puzzle, in order to save as much as possible of the original material, and to collate all available evidence for the original appearance.  There were some remarkable survivals; large glass pieces, including several of the heads and areas of drapery, that were complete and in perfect condition. Other areas, such as the head of Christ and much of the lower third of the window, were so badly damaged that only small sections could be identified from the tiny fragments remaining.

The original cutline (leading pattern) of the window was reconstructed from the identified glass pieces, with the aid of the Plumb photograph. Where possible, broken pieces were edge bonded together using conservation grade (CAF3) silicone adhesive. Where areas either could not be found or were too badly damaged to reinstate, new painted pieces were created. The glass colours were matched as closely as possible from our own glass banks of mouth-blown antique glass, as well as glass sourced from Tatra and Lamberts glasshouses.  The painted detail was faithfully recreated by copying surviving fragments where possible and following the original style where reconstruction was necessary.

In June 2017 the restored window was reinstated into the original glazing groove with the support of a new ferramenta system fabricated in black powder coated stainless steel, replicating the configuration of the previous bars, but in much more substantial square section bars and bolt fixed together.

This was a challenging but hugely enjoyable project for Barley Studio, requiring all of our investigative and restoration skills.

The Vice-Chair of Stow Parochial Church Council commented “The restoration of the window has been hugely impressive. We were amazed at the skill of the whole team in using a far greater proportion of the original glass than we could ever have envisioned, and the dedication to matching the original design and colours when fashioning new pieces. The finished window is a testament to the restorers’ craftsmanship.” 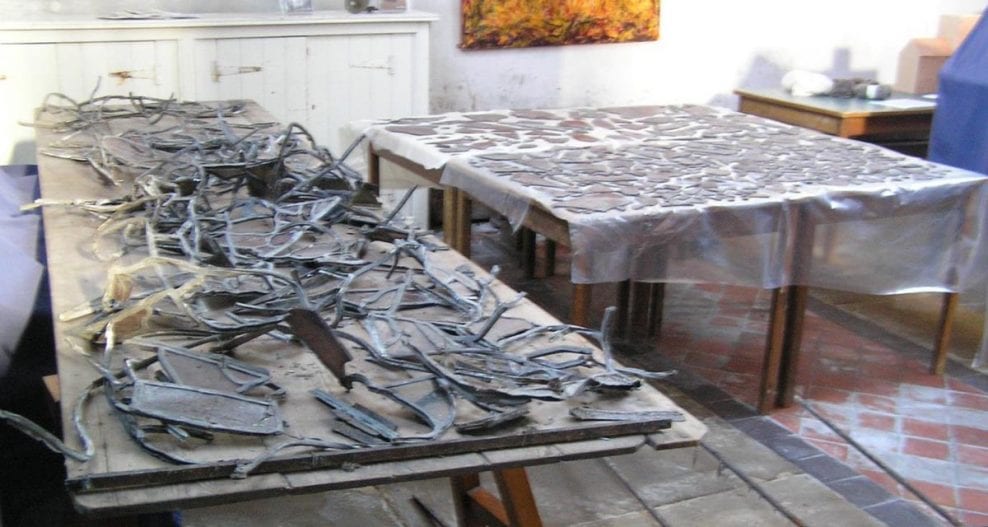 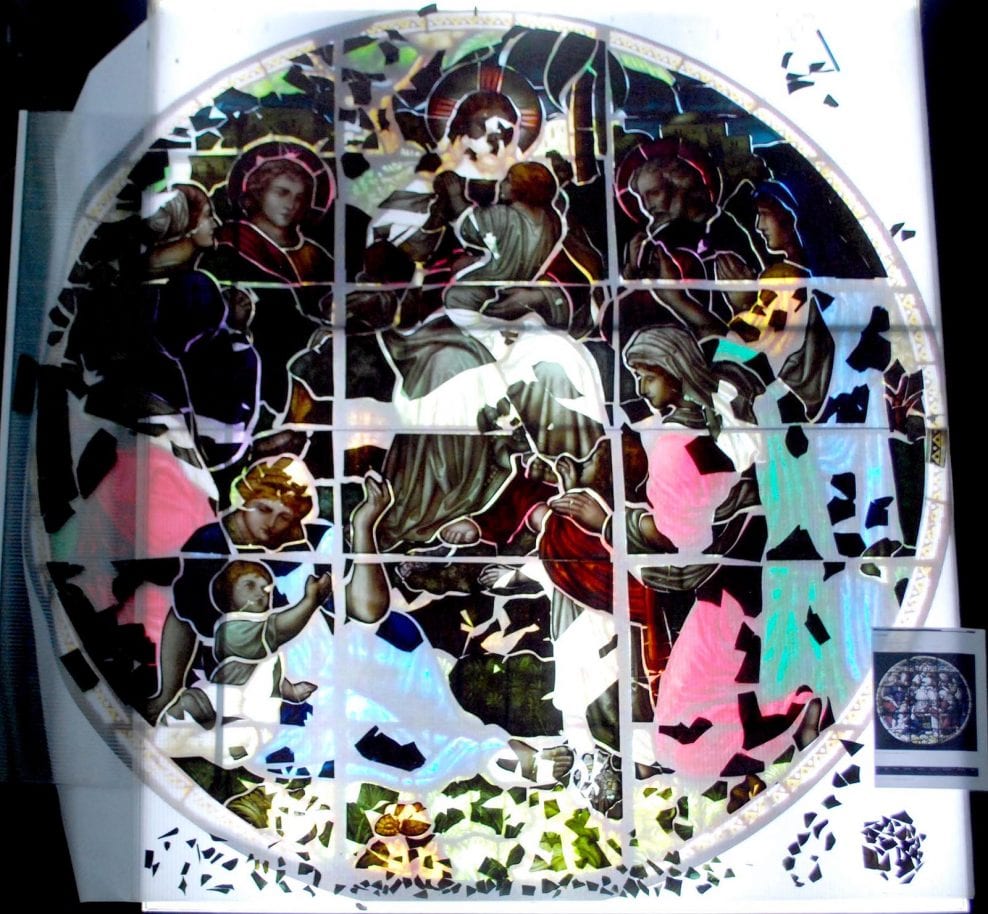 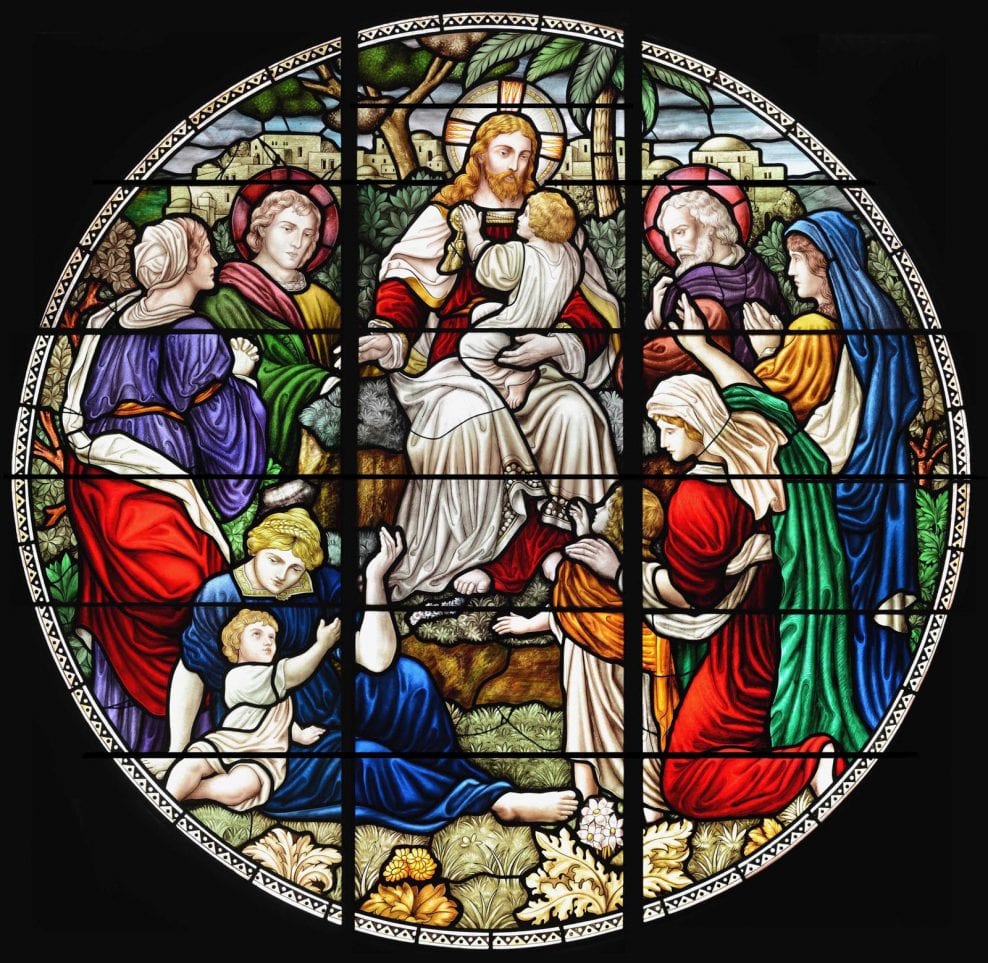