Following a break-in at St Paul’s Church, Swanley I was contacted to visit and produce a condition report on the damaged window. Upon my initial visit it was evident that there was a need for a full restoration of the window. The stained glass window was subsequently restored following the original design impetus.

In 2016 I was contacted by the PCC of St Paul’s Church, Swanley Village, Kent, for a specification to restore a recently damaged painted and stained glass window. The Victorian architect Ewen Chrisitan built the church in 1861. The window, which was dated from 1862 and was manufactured by Clayton and Bell. Following a site visit, it was evident that the two light window was heavily damaged. A recent break-in from the churchyard had resulted in approximately just twenty percent of the right-hand lancet remaining intact.
From photographs and documents provided by the Parish Council, and from the analysis of the lancets surrounding the damaged window, it was possible to identify that the vandalised lancet depicted the Christian virtue of Charity. The theological virtues are qualities associated in Christian theology and philosophy with salvation resulting from the grace of God. The traditional values are Faith, Hope, and Charity and trace their importance in Christian theology to Paul the Apostle in Chapter 1 Corinthians verse 13, who identifies that ‘the greatest of these is love’. The Dominican friar, Thomas Aquinas, understood the virtue of Charity as ‘the friendship of man for God…[which] united us to God’. Charity is held to be the ultimate perfection of the human spirit, because it is said to both glorify and reflect the nature of God.
To carry out the restoration I drew a full size cartoon of the damaged lancet. Once the cartoon was completed, I sent photographs to the PCC of St Paul’s for their approval. I continued Clayton and Bell’s design impetus and kept within their original design frame. The central image of the lancet is a kneeling figure, identifiable as St Paul. He is kneeling before Lydia of Thyatira. Lydia is first mentioned in tbe Bible in Acts 16. She was originally from Thyatira and was a seller of purple cloth, identifiable in this window by the purple cloth she holds. The story of Lydia and St Paul is a great example of Charity. When Paul was on his second missionary journey, Lydia met Paul and his companions and welcomed them into her home – very unusual for a woman at this time. 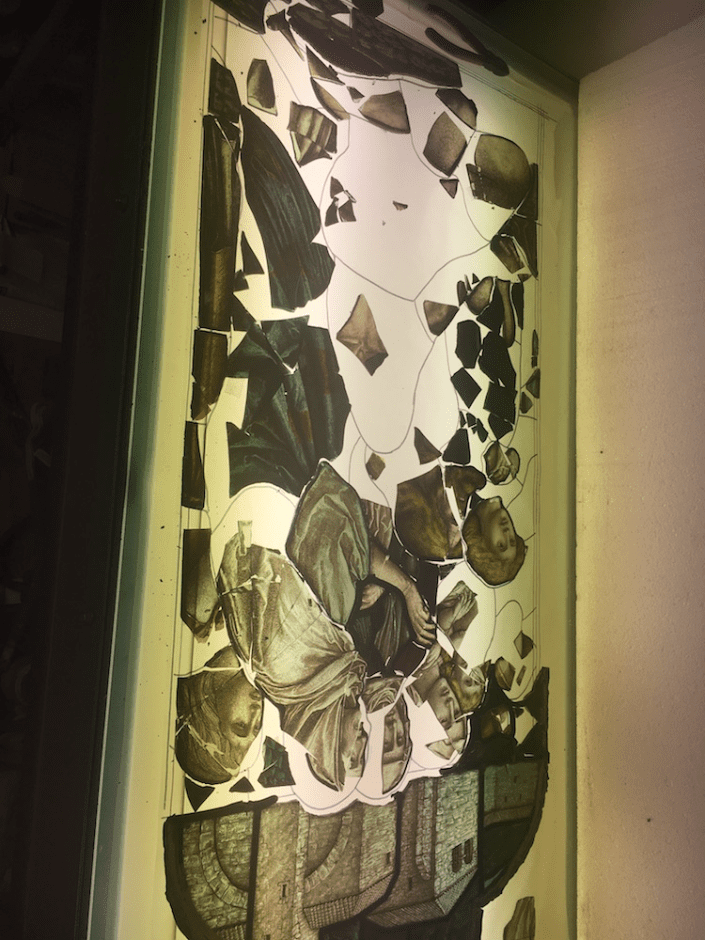 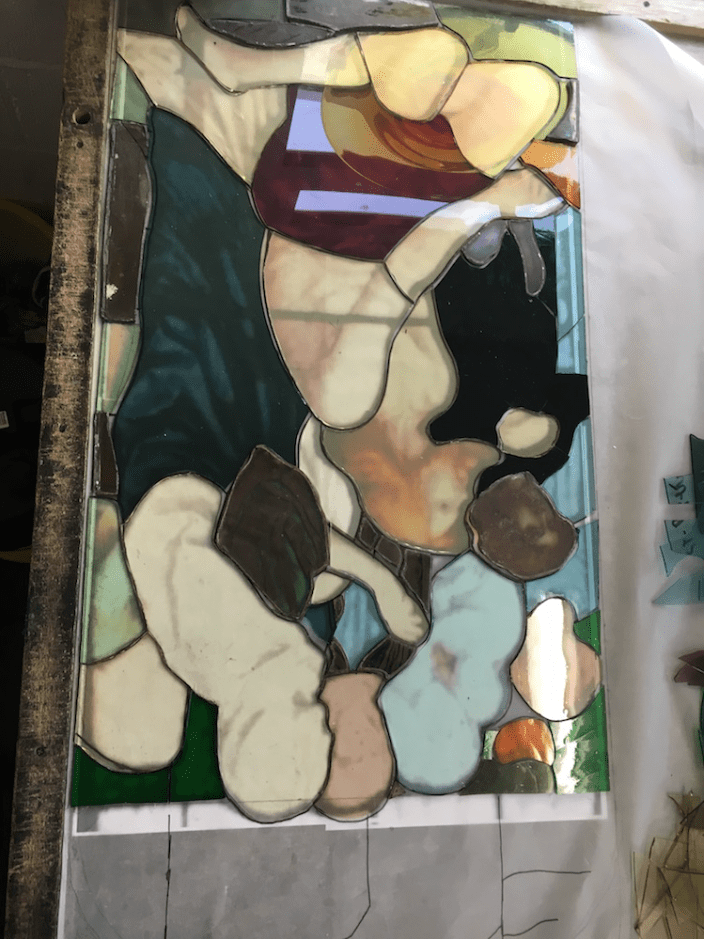 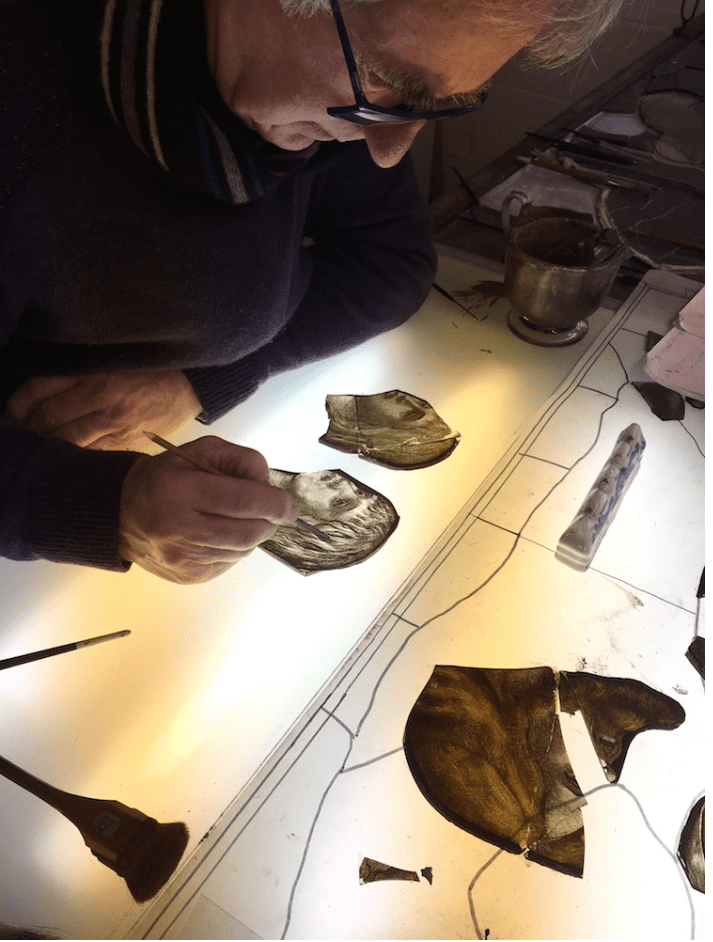 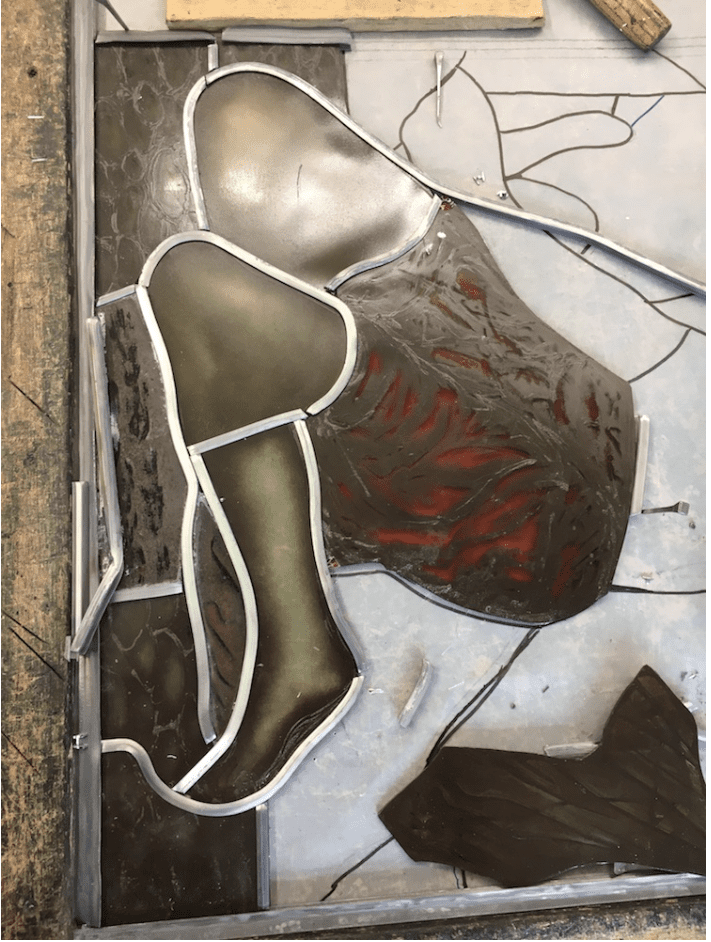 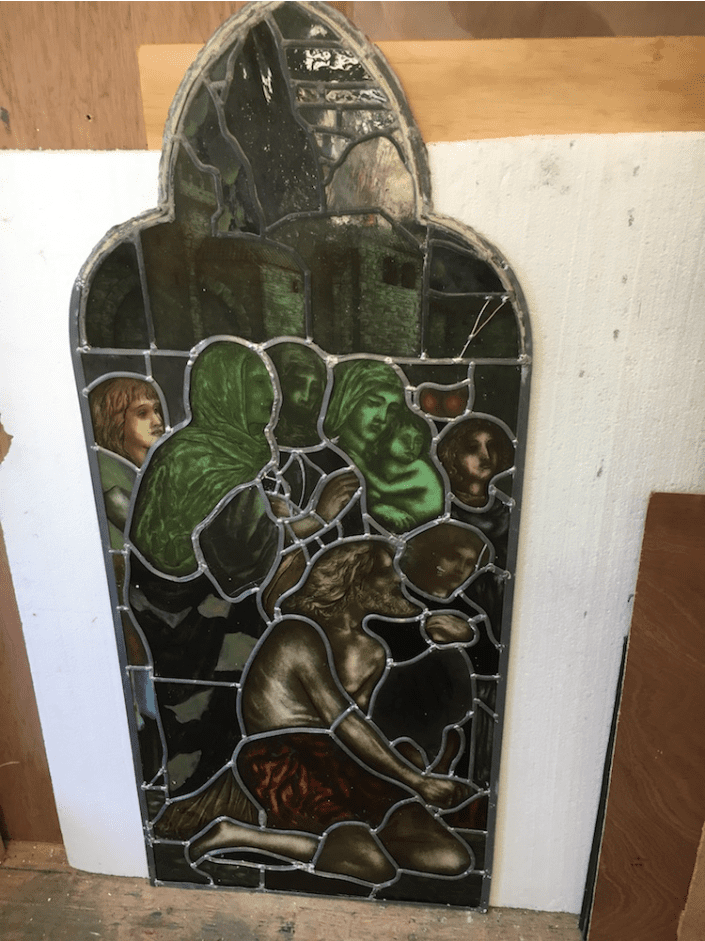 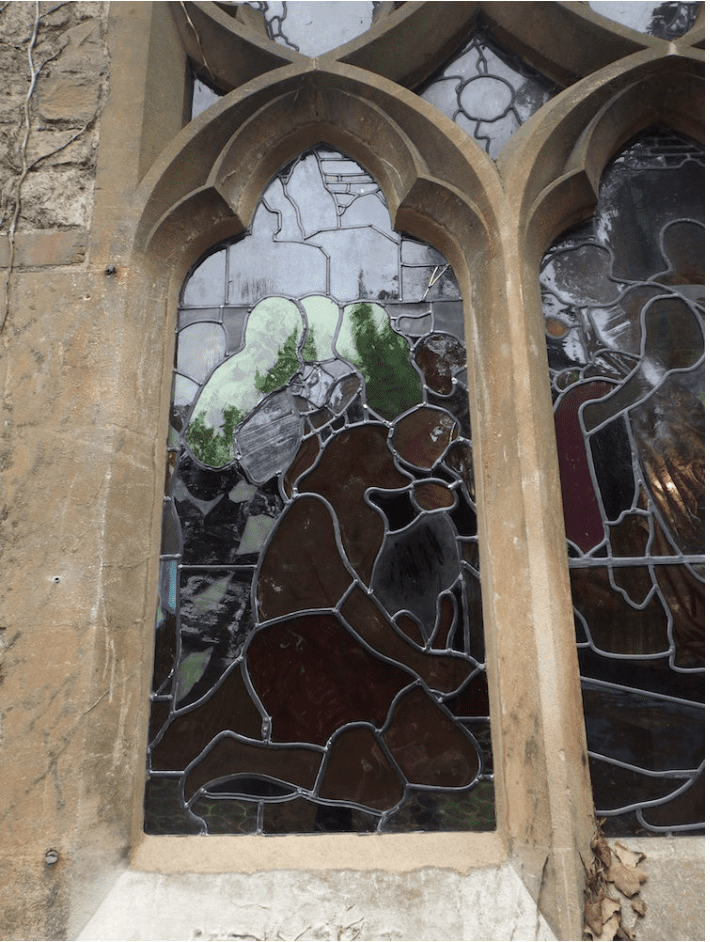 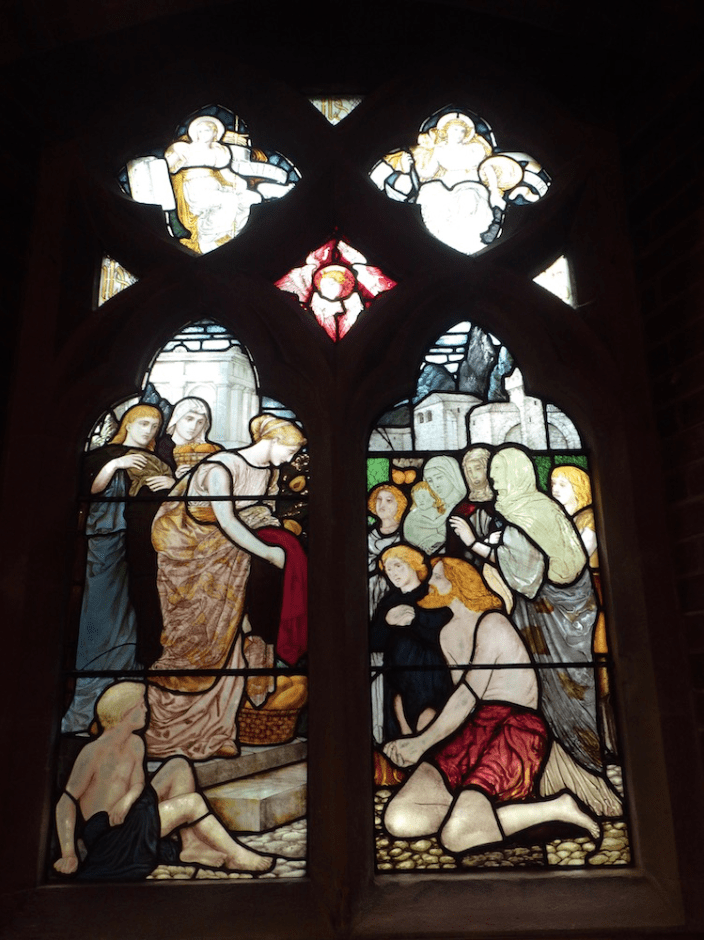