Conservation of two canoes from the Solomon Islands for permanent display in the new World gallery.

Larger canoe: The top of the prow had been broken off previously and was repaired and gaps along the break filled and painted. A decorative plume of feather at the bow had been attached using a nail and Sellotape had been wrapped around it and the feathers; both were removed to prevent further damage. A large amount of soiling was removed from the feathers and repairs were carried out as well.

Smaller canoe: Both ends had broken off, with one being lost. The detached piece was reattached and the gap along the break filled. The end with the missing section was filled to make the loss less obvious. Cracks to the body and loose putty were stabilised. The surface was cleaned. 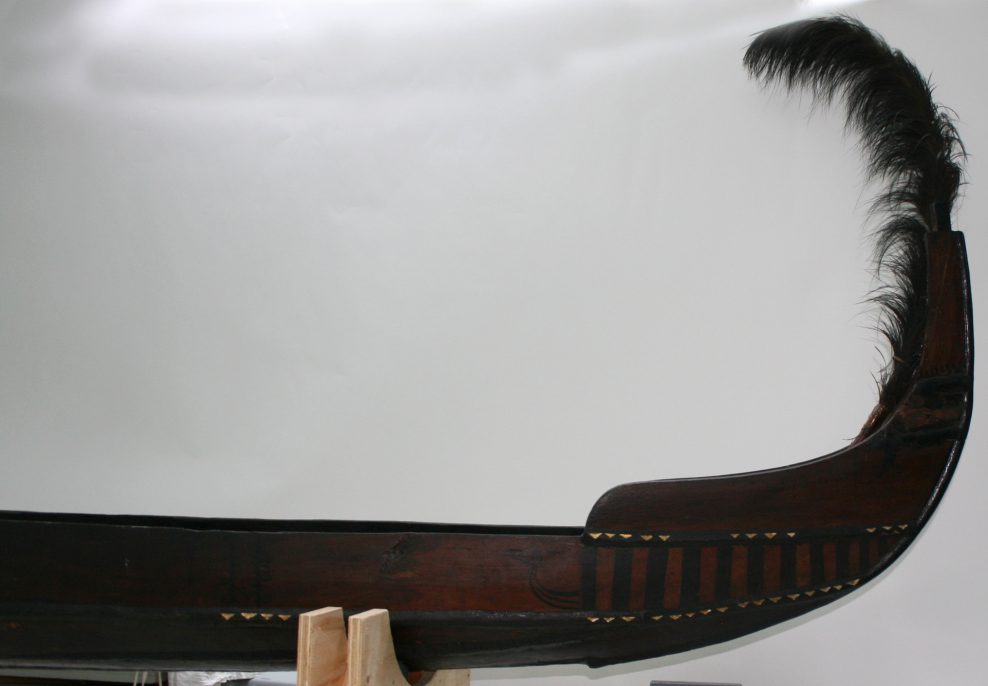 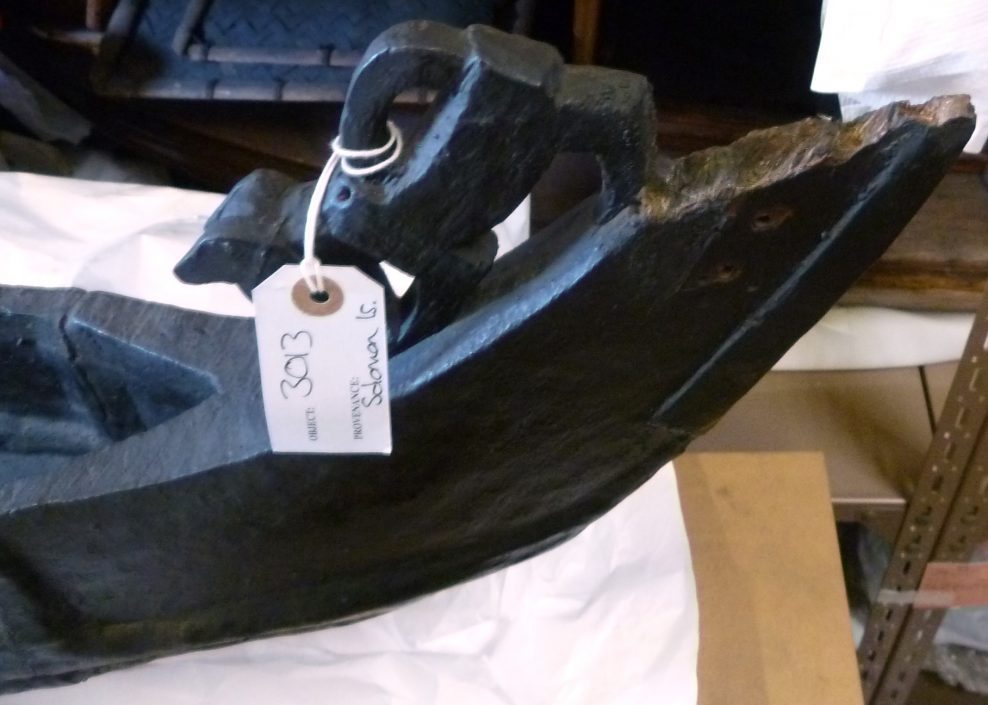 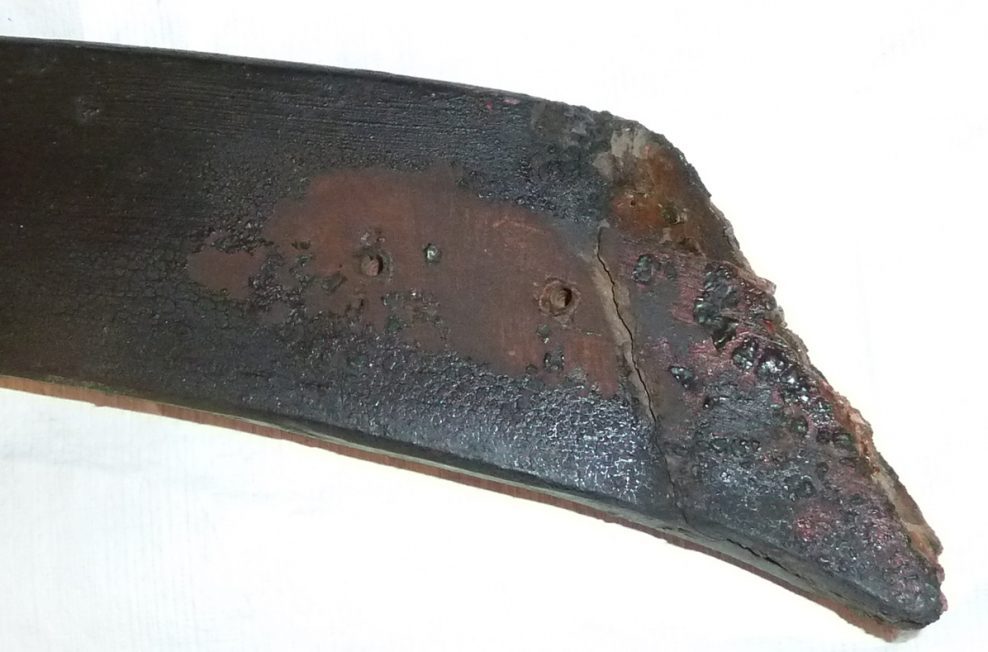 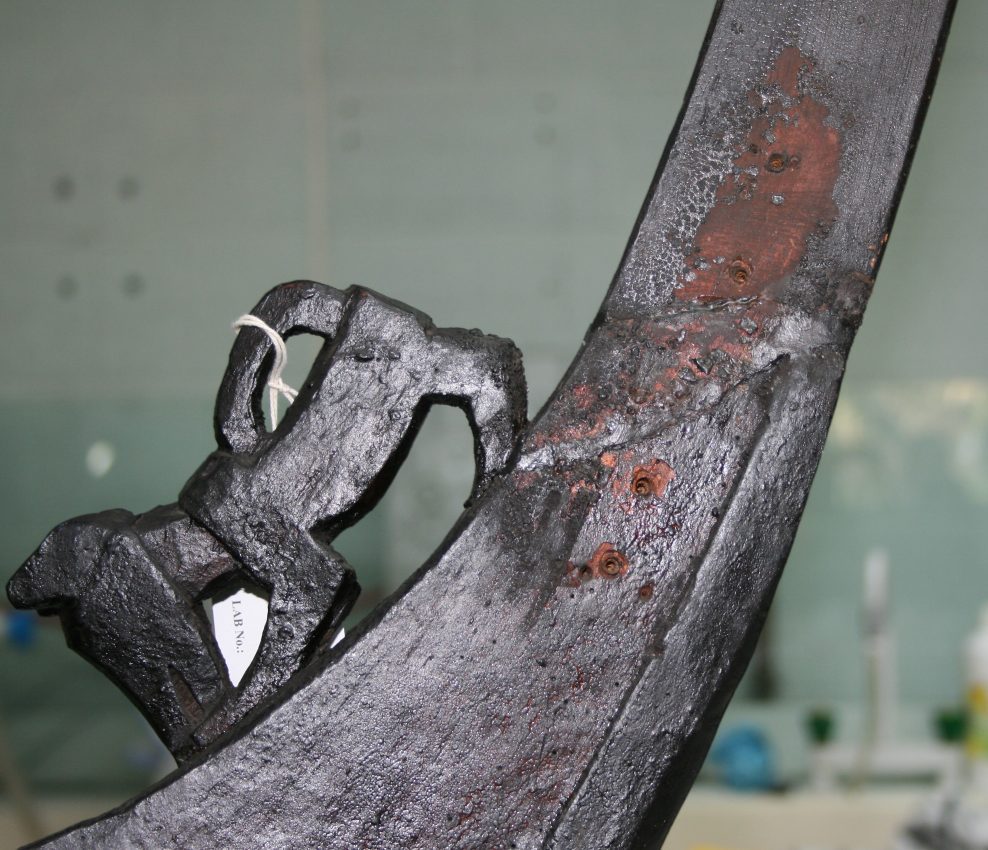 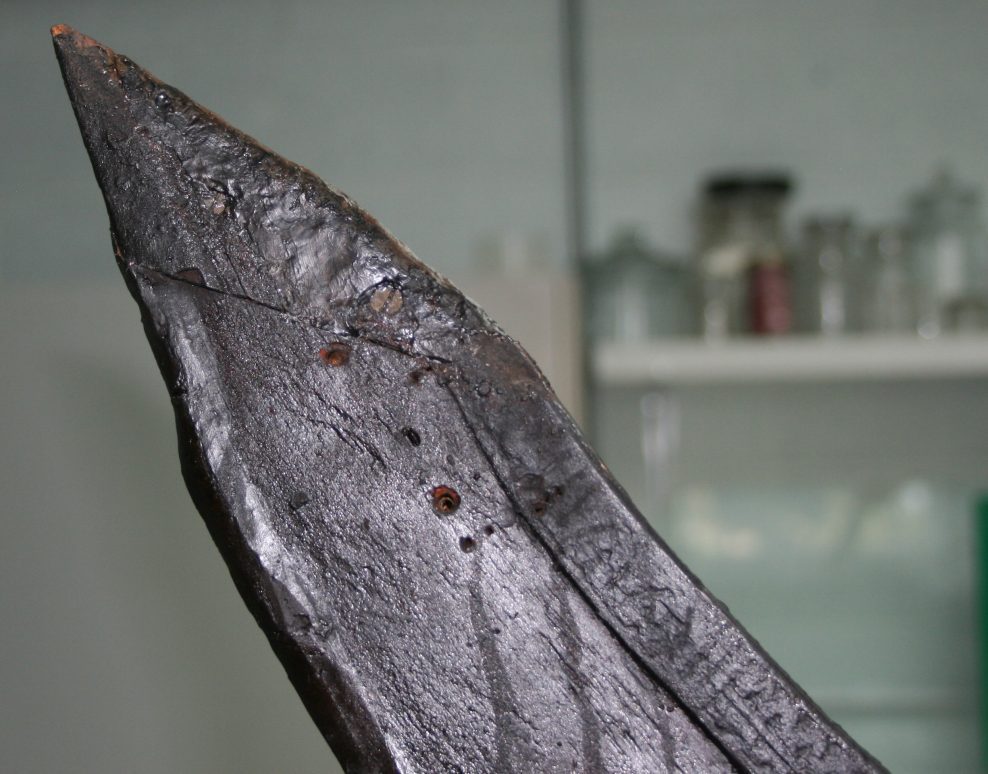 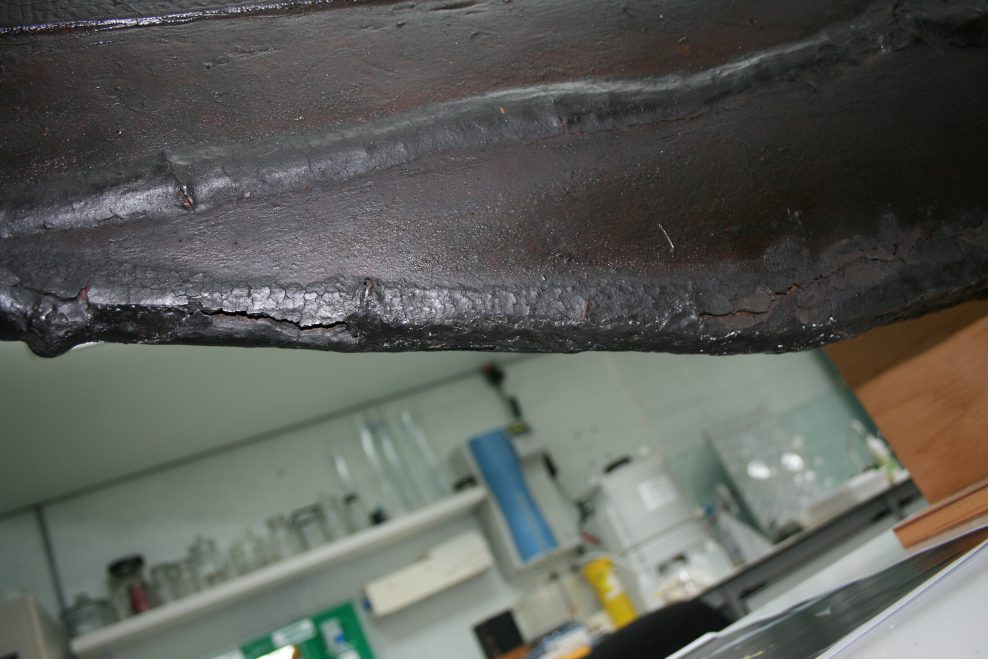