This project involved the repair of two Qing Dynasty Chinese ceramic vessels that had broken into multiple pieces as a result of a high-profile ‘smash-and-grab’ theft within the West Norway Museum of Decorative Art, Bergen.

Both the bowl and vase consist of a hard-paste, non-porous, white ceramic body, with vitreous enamel decoration of blossoming plum trees and birds against a black ground (famille noire palette). The base of both vessels carry an Imperial mark, written in normal script (Kaishu) and hand-painted in blue. The mark indicates that they date from the Qing Dynasty and Kangxi, who reigned between 1662 and 1722.

As a result of catastrophic mechanical impact, both vessels were broken into multiple pieces. Small fragments of the glaze and body had been lost in localised areas, particularly along the fracture edges. ‘Springing’ of the vase had occured in areas, where the break has resulted in release of tension and subsequent misalignment of the pieces.

The external and interior surfaces, including the break edges, were thoroughly cleaned/ degreased with an organic solvent, applied with a cotton swab. A ‘water white’ epoxy resin, to closely match the stength and translucency of the porcelain, was used to readhere the broken pieces. Clamps were used to gently bring the fragments, which had sprung on breaking and release of inbuilt tension, more closely into alignment. Losses were filled with the epoxy resin, with the addition of fumed silica and dry pigments to closely match the colour, gloss and translucency of the surrounding material. 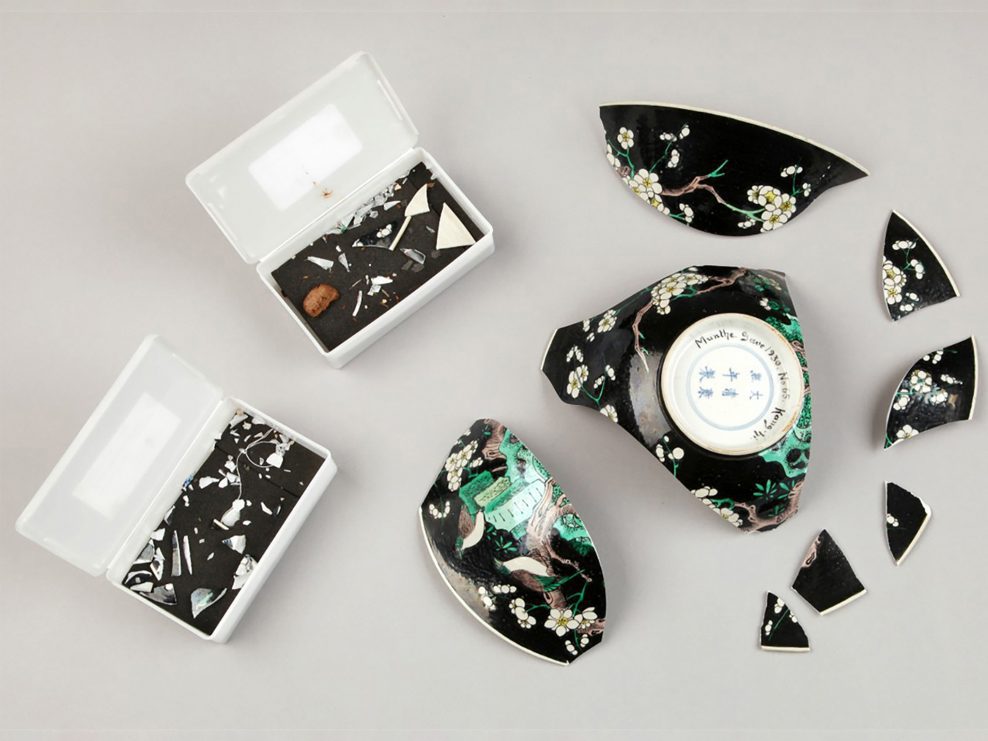 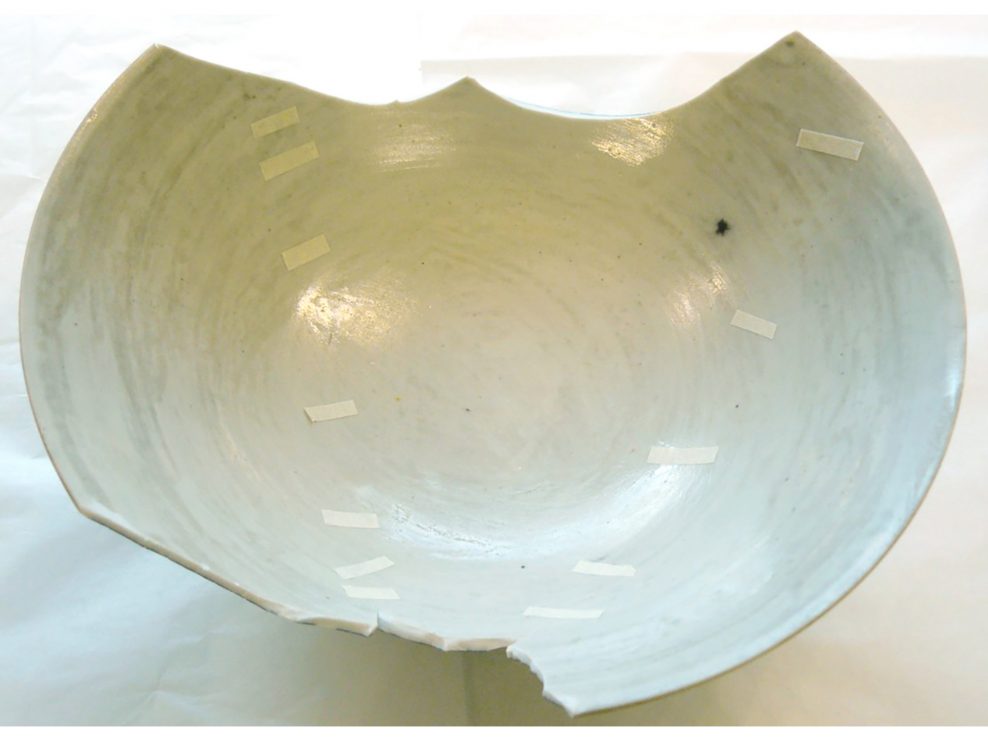 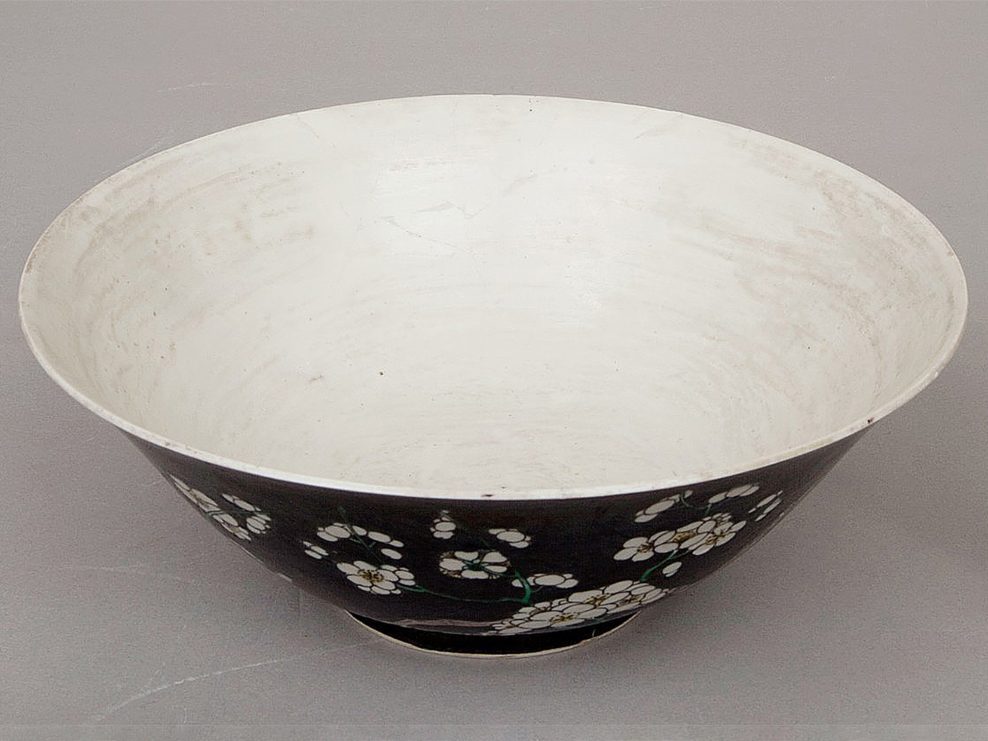 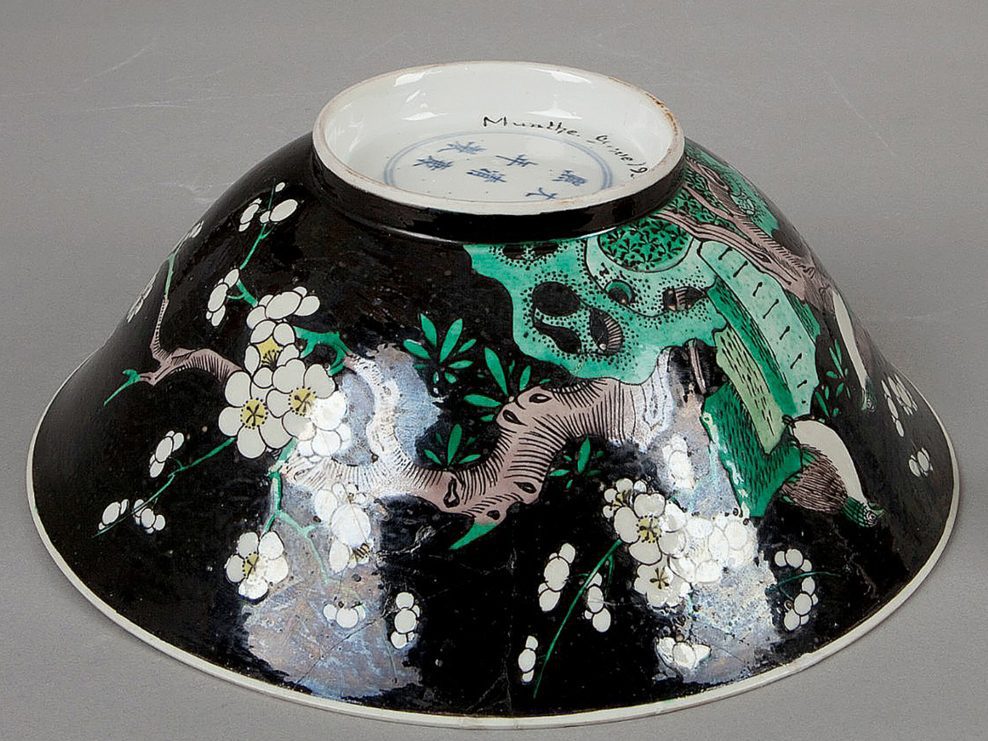 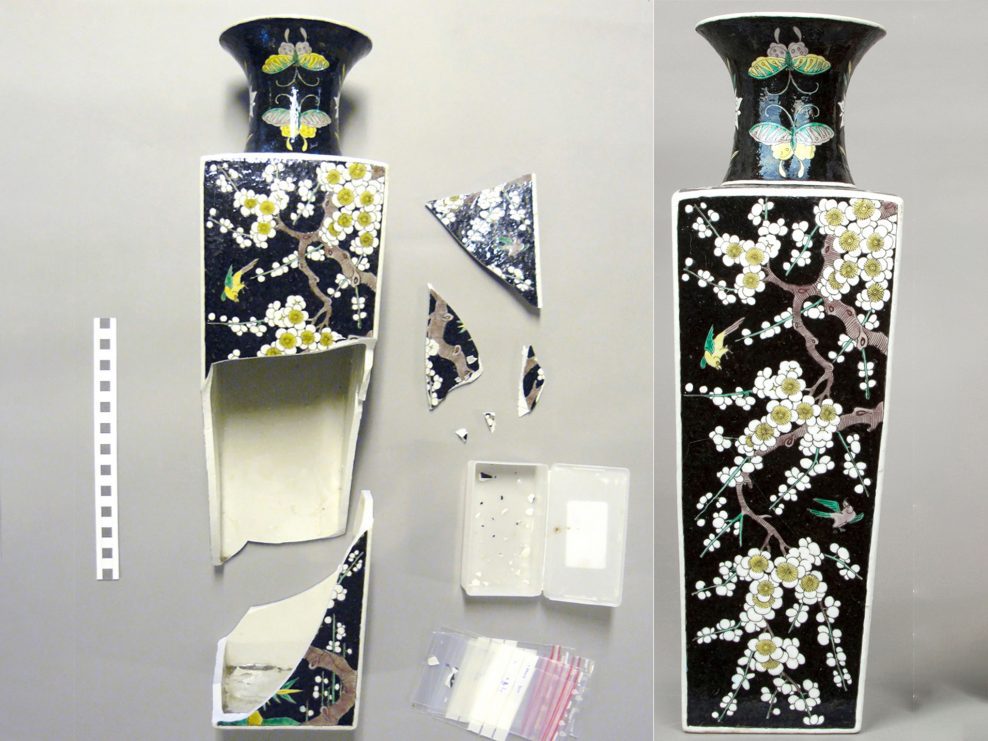 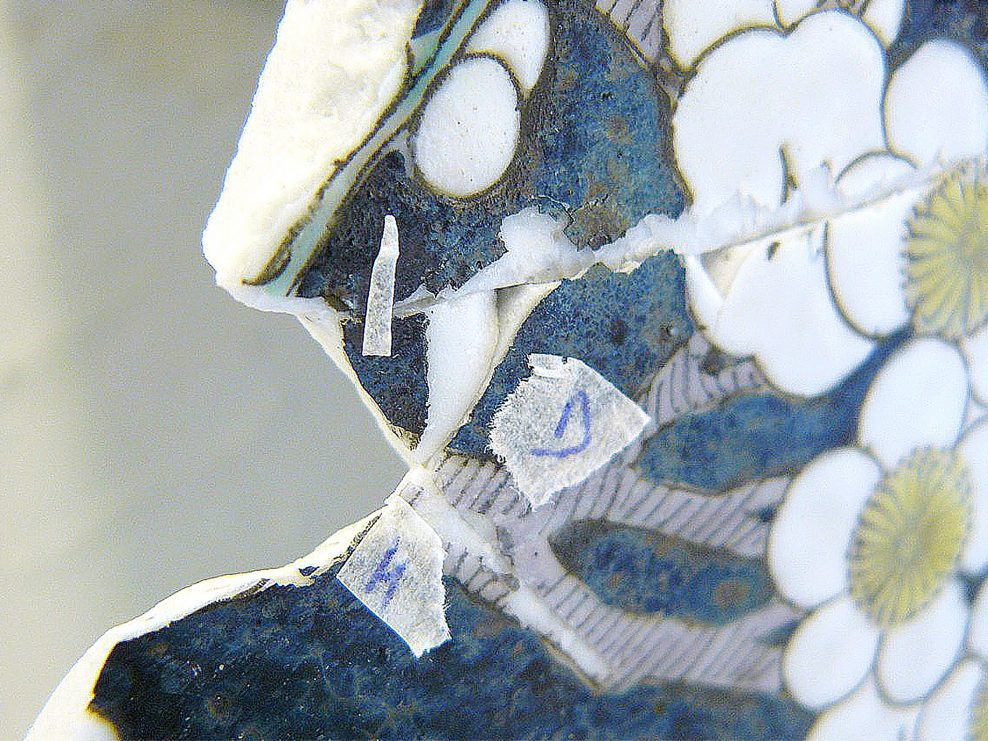 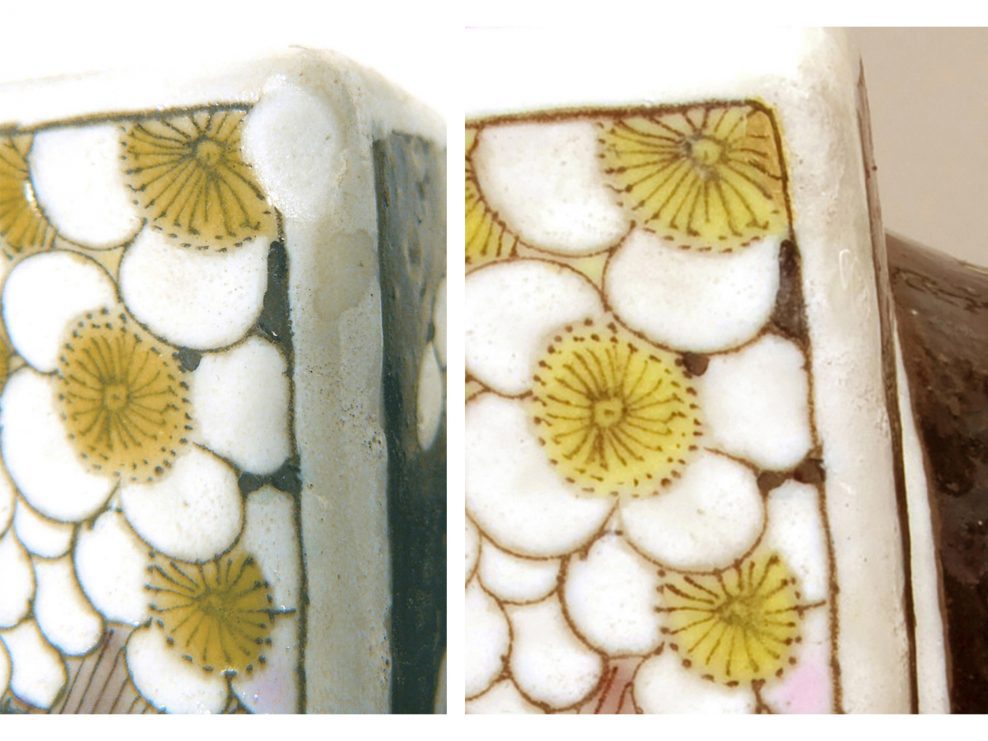 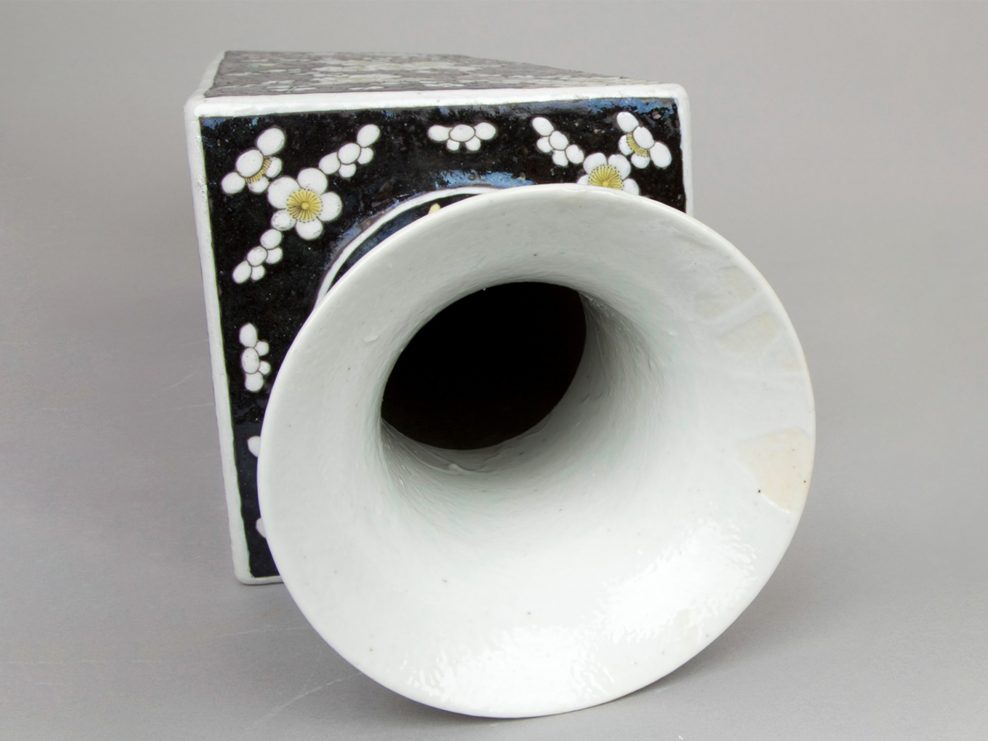