A stunning do-a-dos textile binding with embroidered textile bag in need of a new storage solution.

This binding and textile bag had been housed in a box which was a little too small, this had caused the items to become squashed and difficult to remove. Additionally the box had been constructed from poor grade materials which had off-gassed harmful acids into the storage environment over time. The combination of the poor fit and inappropriate materials had caused damage to the contents the box was made to protect.

Pre-Treatment Condition
Binding
The covering material of this binding was silk adhered to a course cotton support, which was in turn adhered to the book boards. The embroidered design was executed in coloured and metallic threads and embellished with tiny metal sequins. The embroidery remained largely intact although the silk had degraded and was worn at the board edges and spines. The textblocks were in good condition. The sewing was largely intact although the dos-a-dos structure had been twisted to display both embroidered boards uppermost, leaving the two textblocks attached by only a single thread.
Textile bag
The main body of the bag had a warp of metallic thread which had dulled over time. There were areas at the front and the back where the weft had broken leaving the warp threads exposed and delicate. An intricate cross stitch design covered the front and back. The inside of the bag was lined with a fine blue silk; this was degraded with losses in places especially around the neck of the bag. The strap and ties supported decorative features.

Treatments
A plastazote tray was constructed to house the textile bag. A polyester film ‘tongue’ was incorporated into the design to allow the bag to be easily lifted and removed from the support.
A second plastazote tray was constructed to house the dos-a-dos binding. A polyester film ‘box’ support was cut and folded to fit around the book to keep the two parts together. This was constructed in a way that allowed the embroidered boards to remain largely uncovered thus not detracting from their beauty and allowing air flow around the volume. A further loose polyester film support was cut and folded to fit under the ‘boxed’ book to allow it to be lifted safely from the tray.
A single layer of acid free tissue was placed on top of each object in its tray.
Individual boxes were constructed from acid free card to house each tray. A further robust box was then constructed from acid free board to house both items. All boxes were secured with unbleached cotton tying tape. 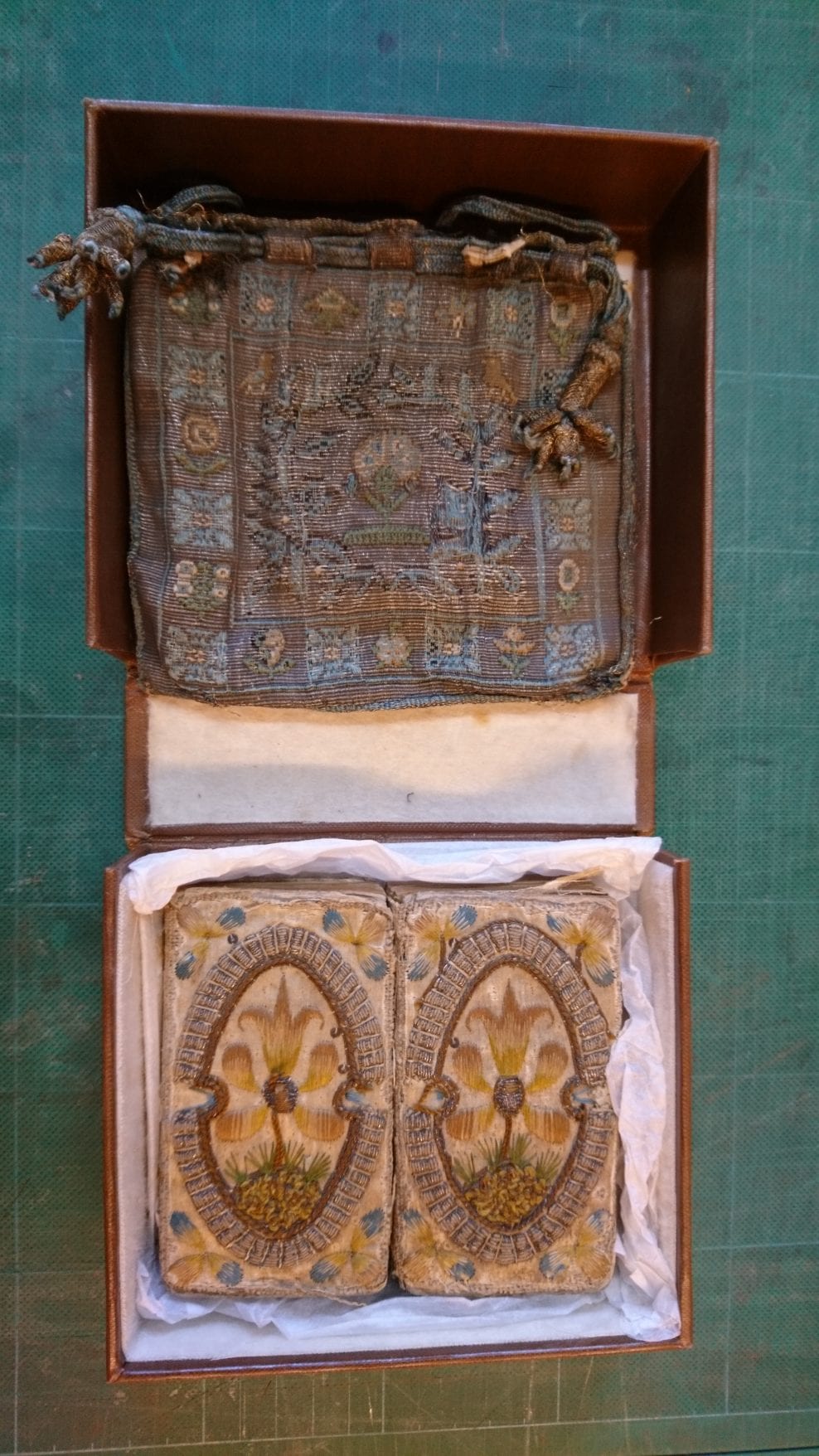 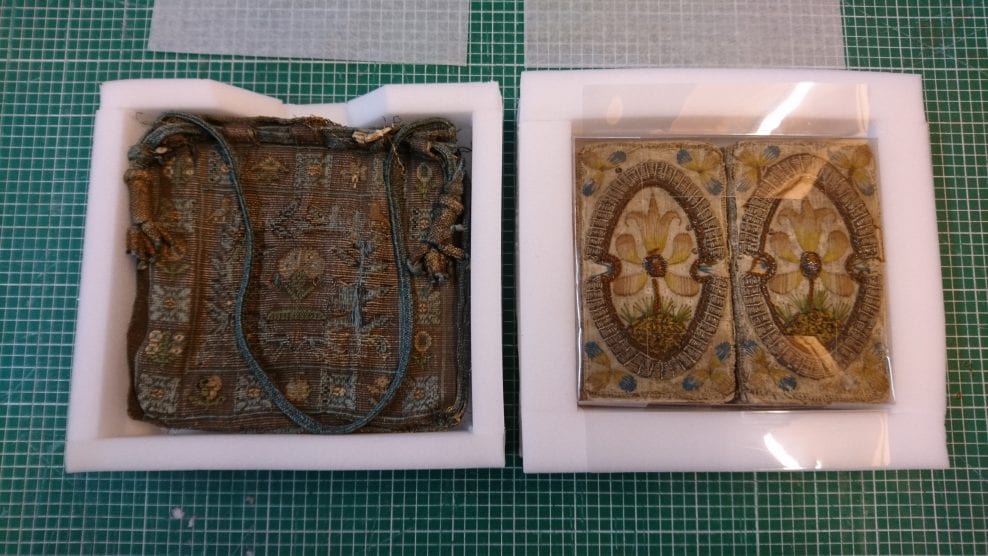