An estate plan owned by a private client, covered in sellotape!

When we received the plan, it was water damaged and delaminating off the linen as the adhesive broke down; the sellotape used for repairs was also delaminating as its adhesive had dried.

The edges of the plan are badly damaged; the different sections of the map were worn where delaminating had taken place.

The structure of the paper is soft, i.e. the size had mostly dispersed under the damp conditions.

The original wooden & metal weight that were attached had caused the map to tear and disintegrate along the bottom and top edges.

The wooden and metal weights have been removed.

The map was cleaned with a latex sponge and white goats hair soft brush.

Cotton wool and acetone were used to remove the adhesive residue left by the sellotape.

The plan was humidified by spraying Calcium Bicarbonate lightly on the reverse of the plan, to aid the removal of the original linen backing wet. Time was spent re-aligning any tears, folds, etc before placing on the map wall.

The new mulberry paper lining was pasted out evenly on the map wall and then the plan was transferred to the map wall, using the excess paste to float and re-align areas of the map.

The plan has been stored in a polyester roll. 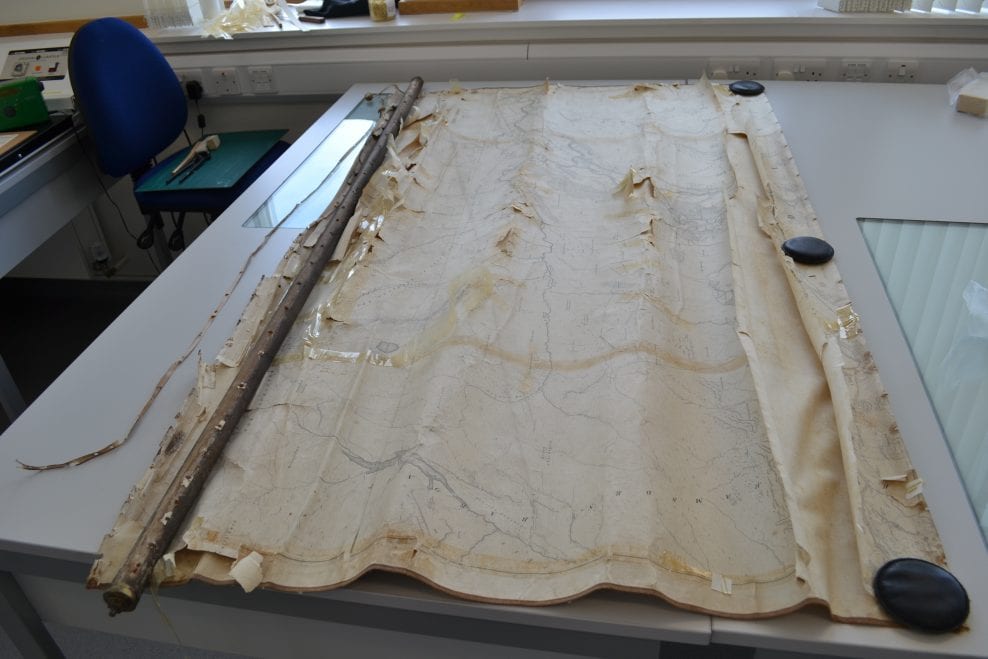 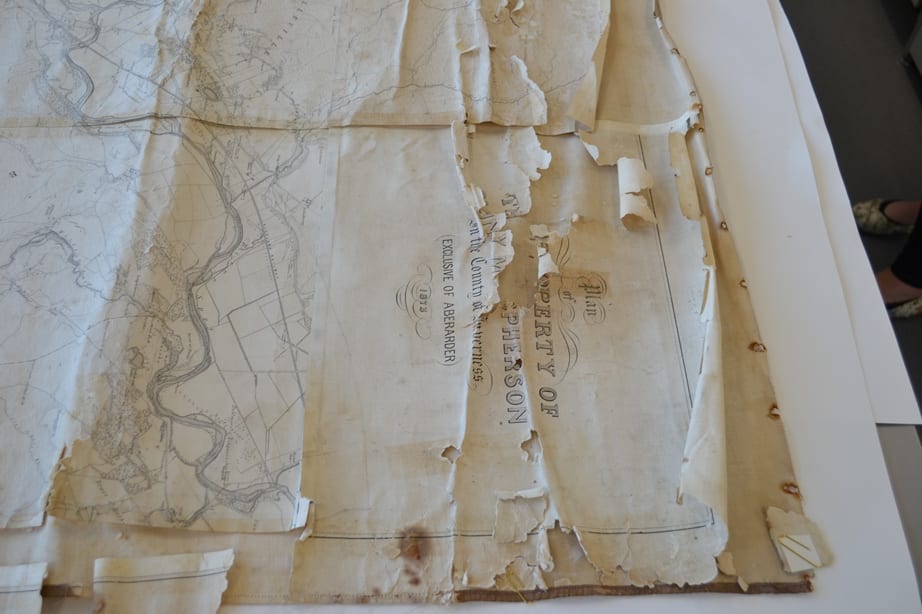 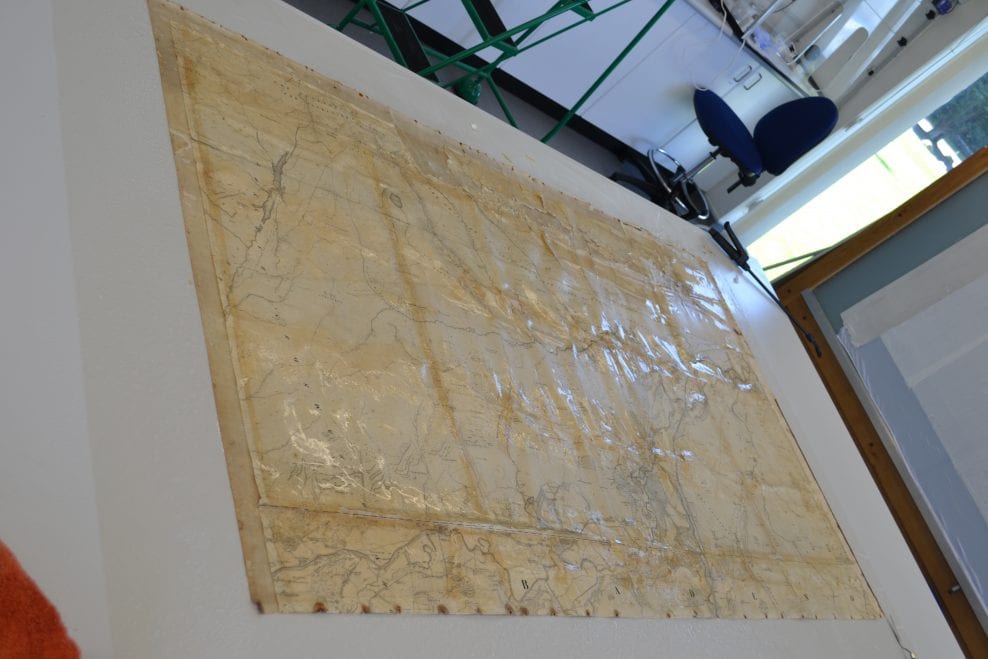 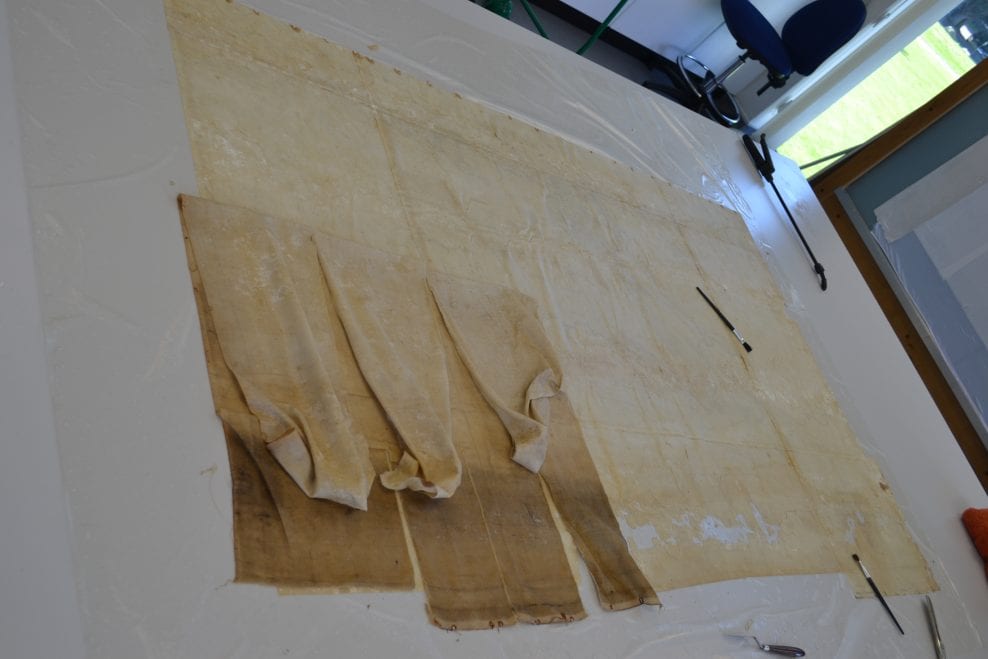 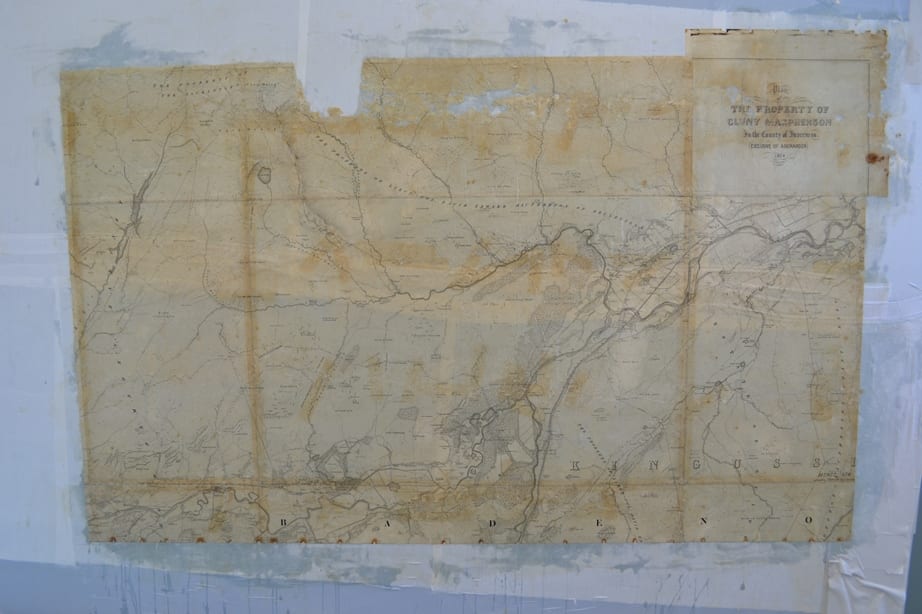 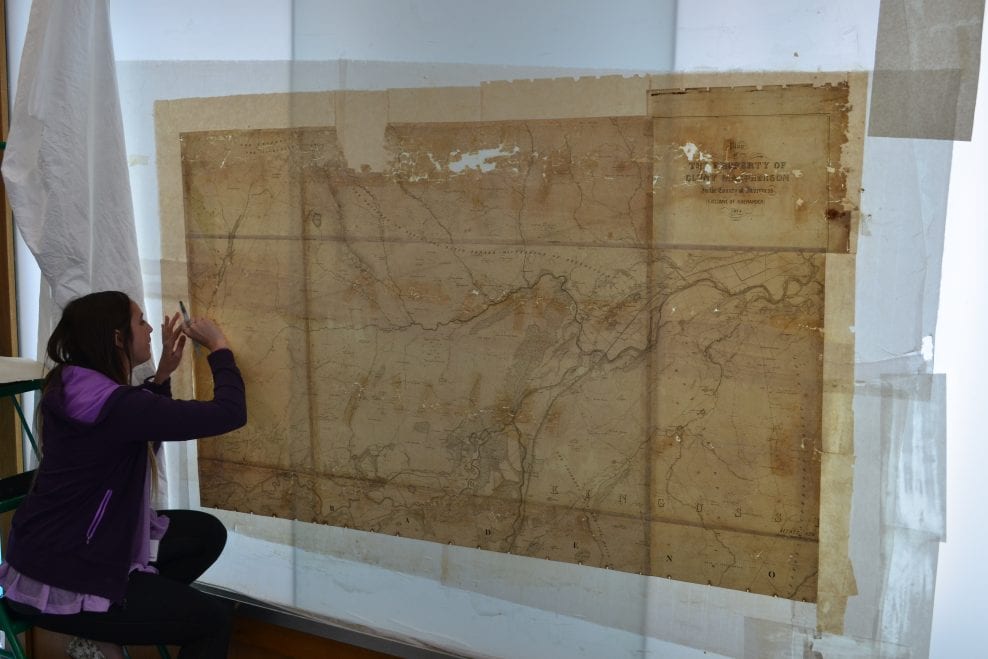