Welcome to the new Conservation Register. Please bear with us while our new ranges of content come online.

There was a later cover of parchment over rope-fibre boards(17/18th cent), attached by cords glued and sunk in deep saw-cuts across the spine. Original sewing supports were 7 split tawed leather thongs. There is a fragment of 13th cent. parchment MS as right pastedown. Splits to leaves parallel with inner margins associated with damage caused by later saw-cuts. Damp staining with associated cockling. Endbands were primary sewing with linen thread with multiple tie-downs, fragments of secondary decorative sewing of green and pink silk thread pierced through corners of gatherings. 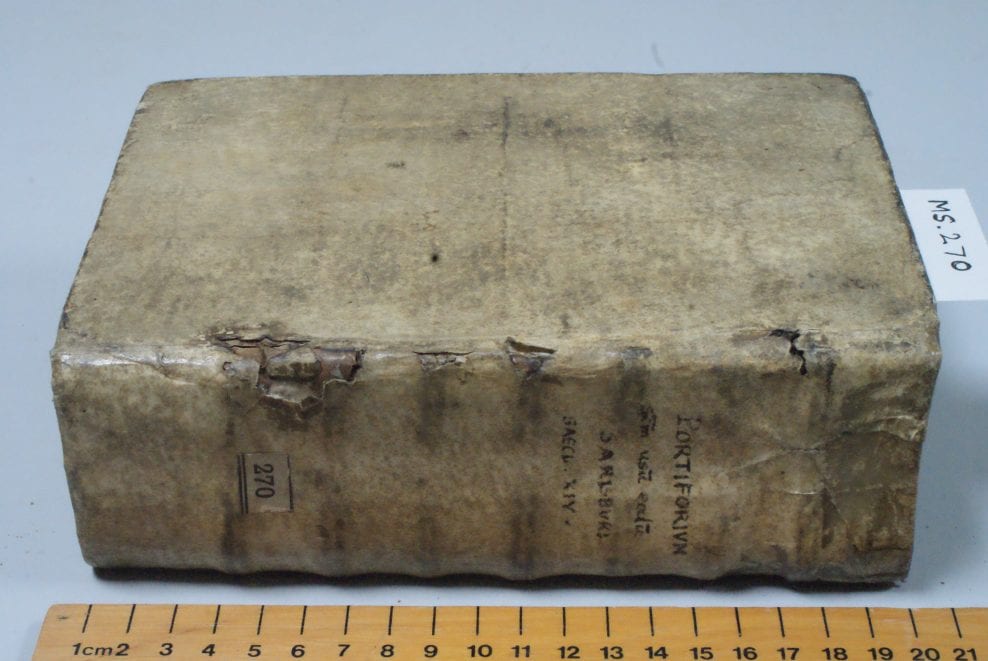 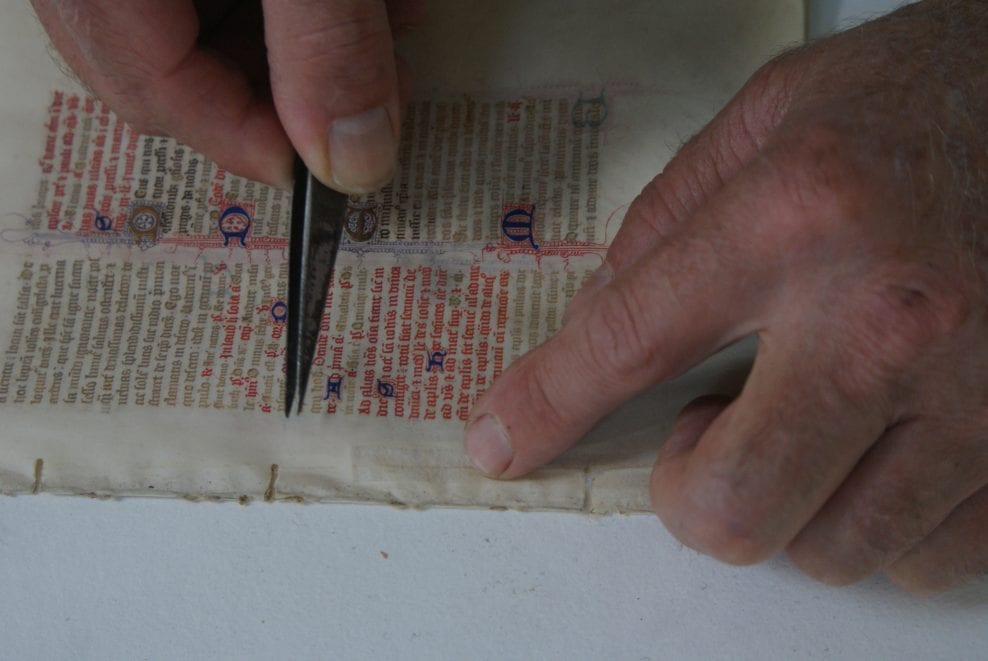 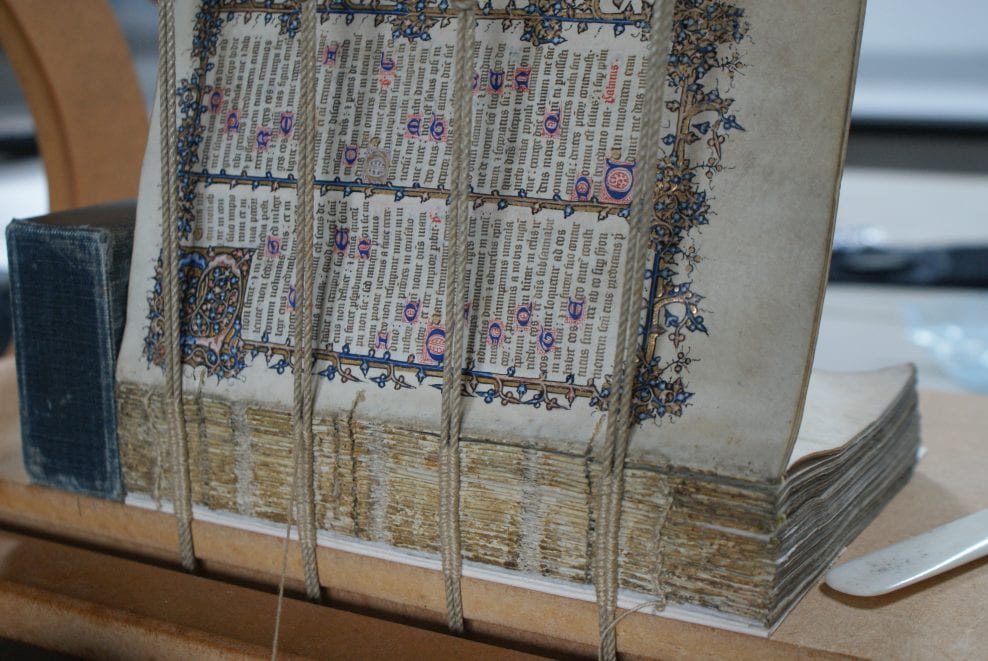 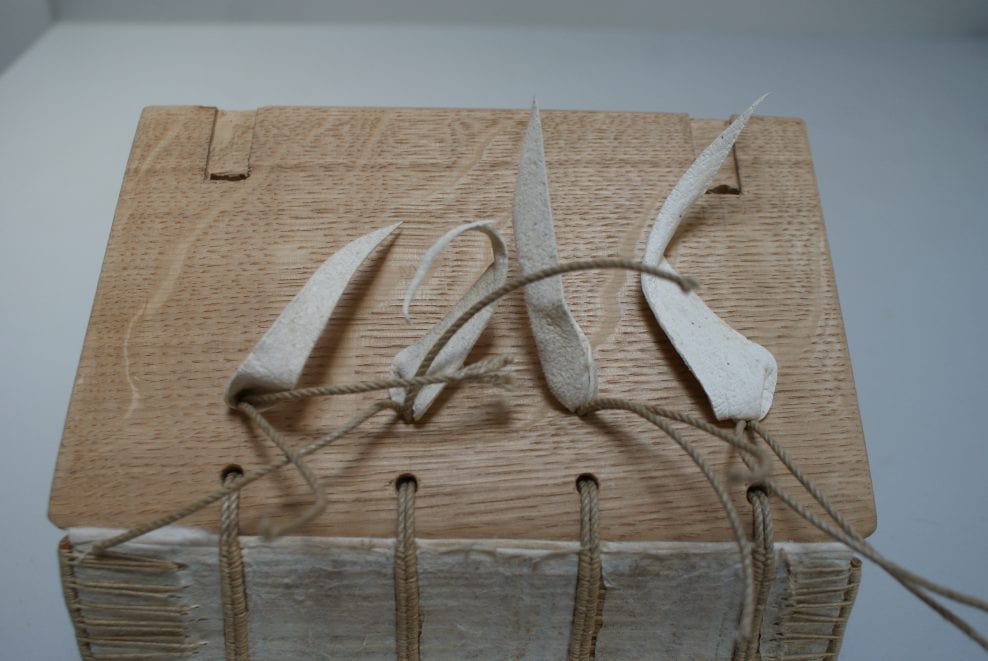 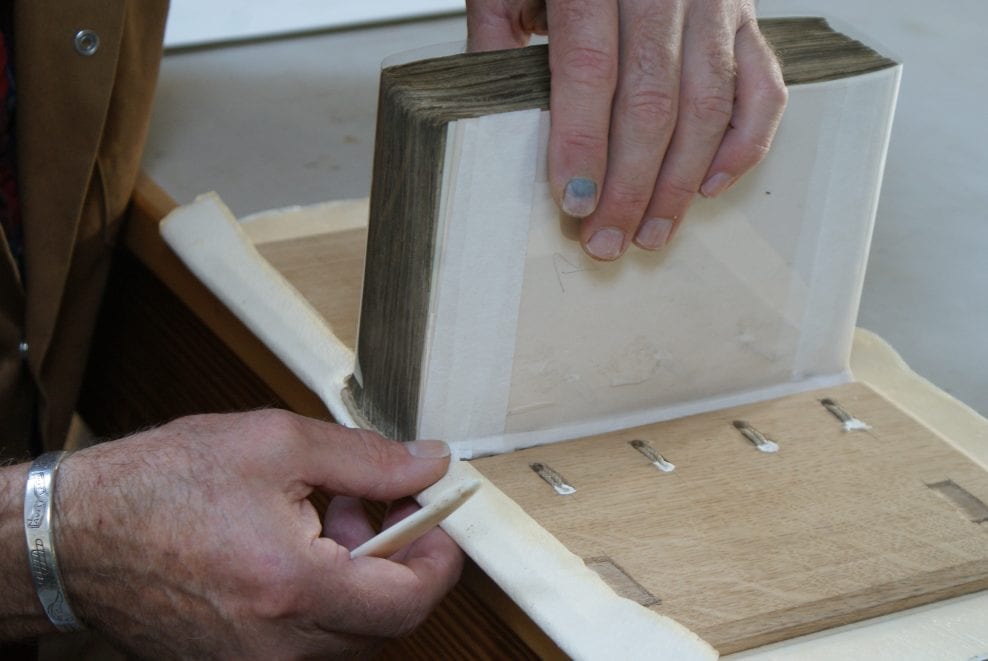 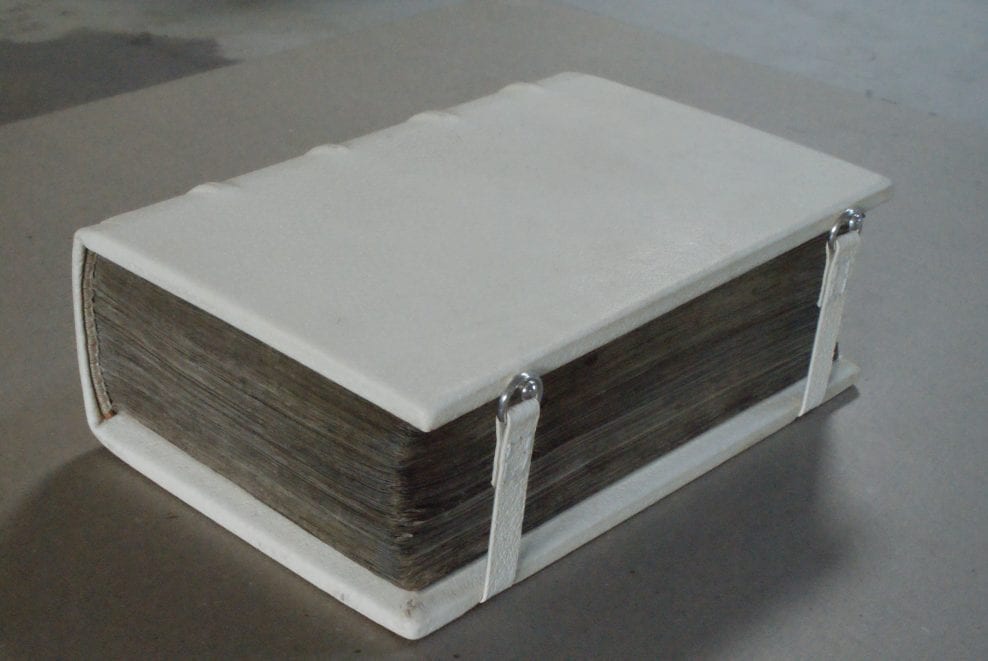 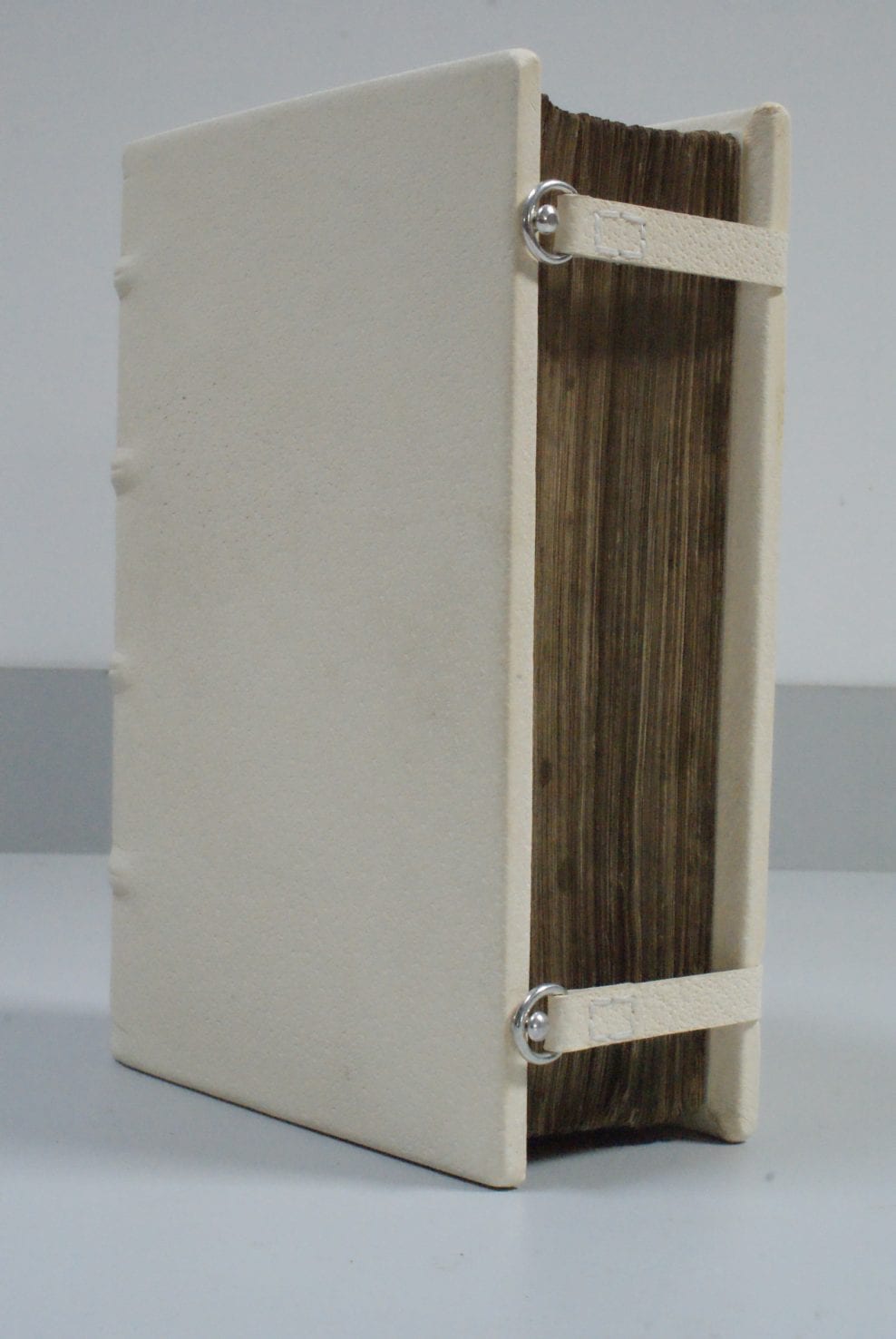 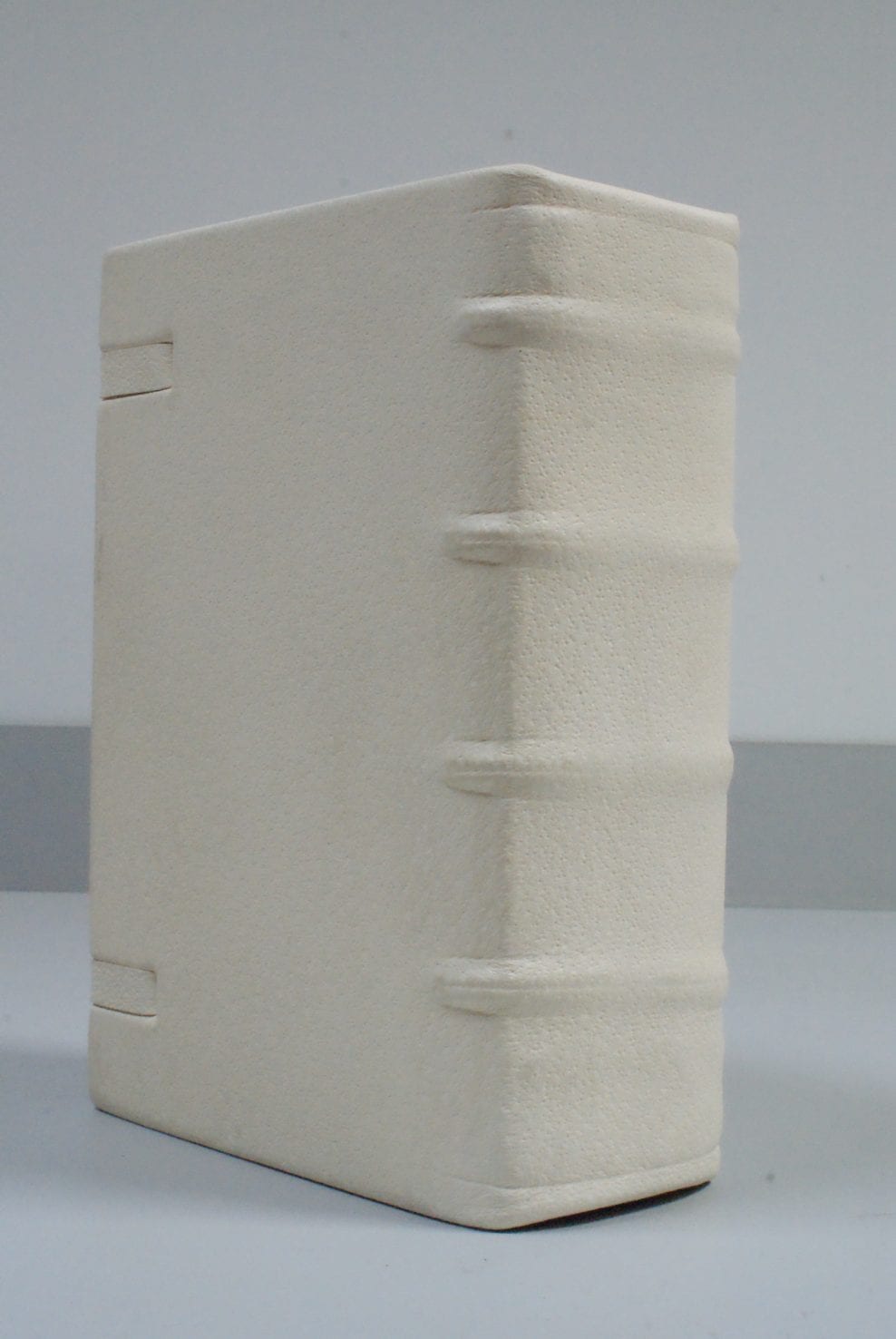