The historic Thomas Bonnar ceiling, which is painted onto lining paper adhered to the plaster substrate, was damaged during extensive building refurbishment in 2016. During aggressive structural works, the plaster shifted and cracked in several places, then was consolidated leaving broken plaster fragments firmly re-set but completely misaligned. As a result, the lining paper was left weakened, torn and detached on the decorative side of the ceiling.

Further paper detachment was predicted to occur over the coming years. Indeed, since the building complex re-opened in late 2016 there have been a number of instances when gravity has resulted in occasional hanging paper curls. These new cases are inevitable due to significantly weakened bonds over the entire ceiling, between paper, plaster and paint, as well as within the layers themselves. Fortunately instances of detachment are becoming much less frequent over time. Treatment was last required in December 2019, and the condition of the ceiling continues to be regularly monitored for changes. 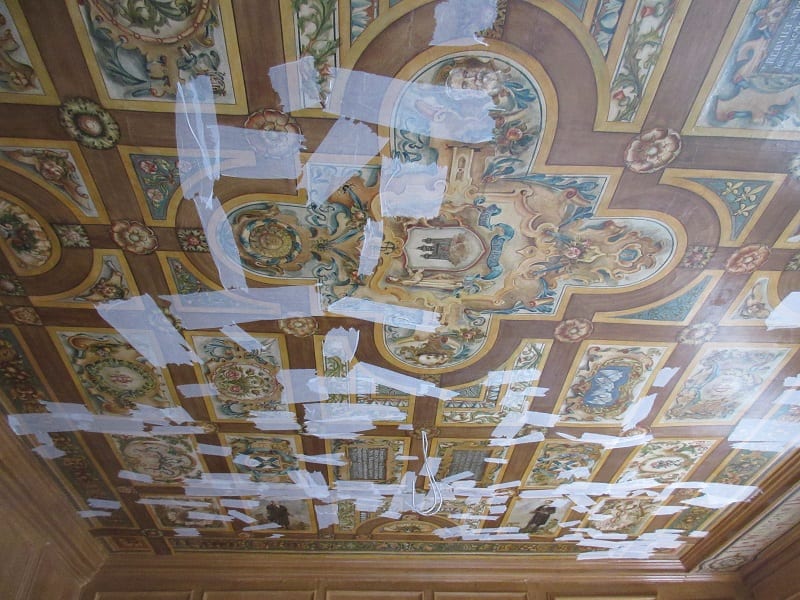 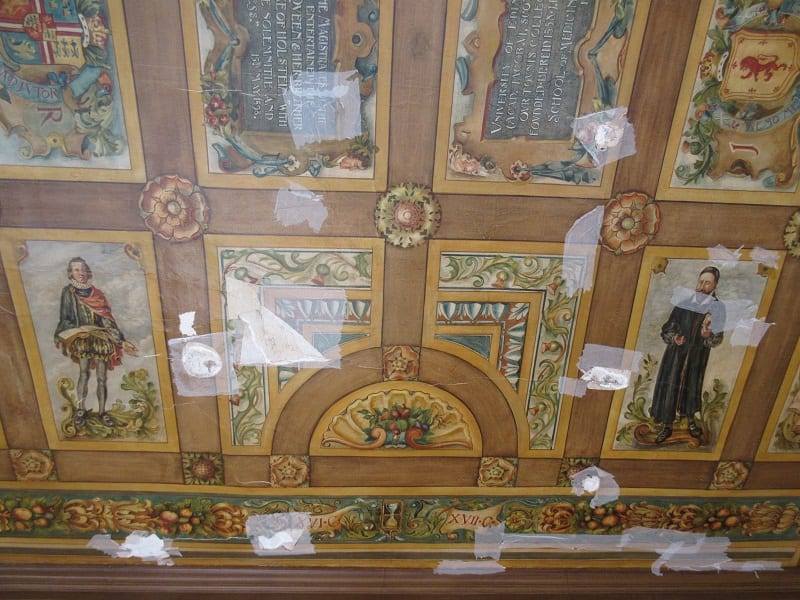 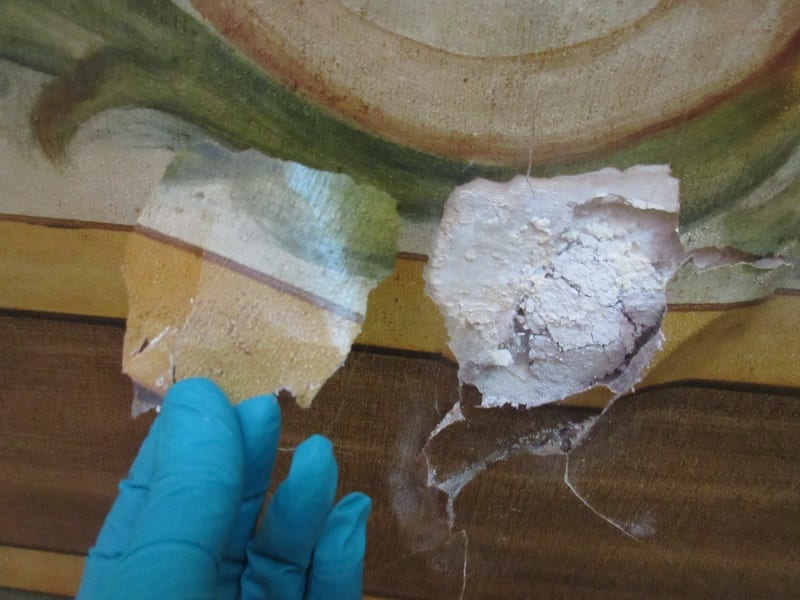 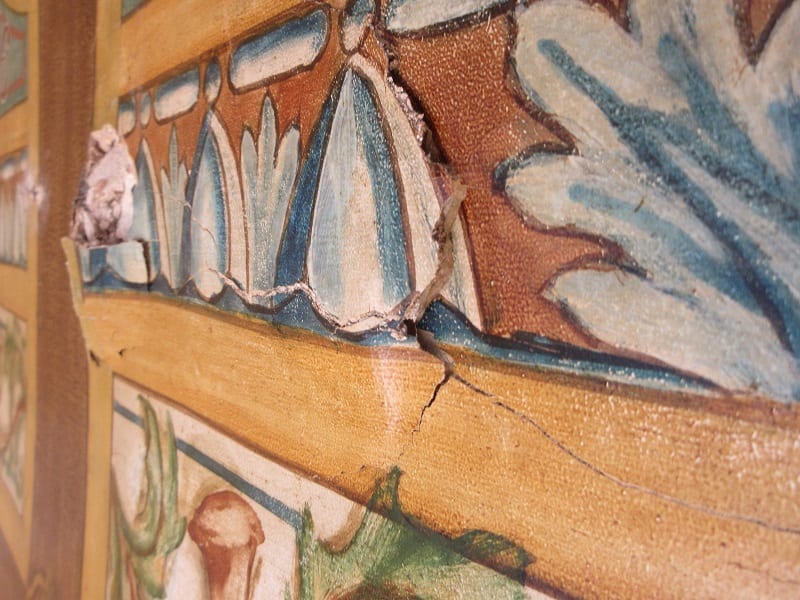 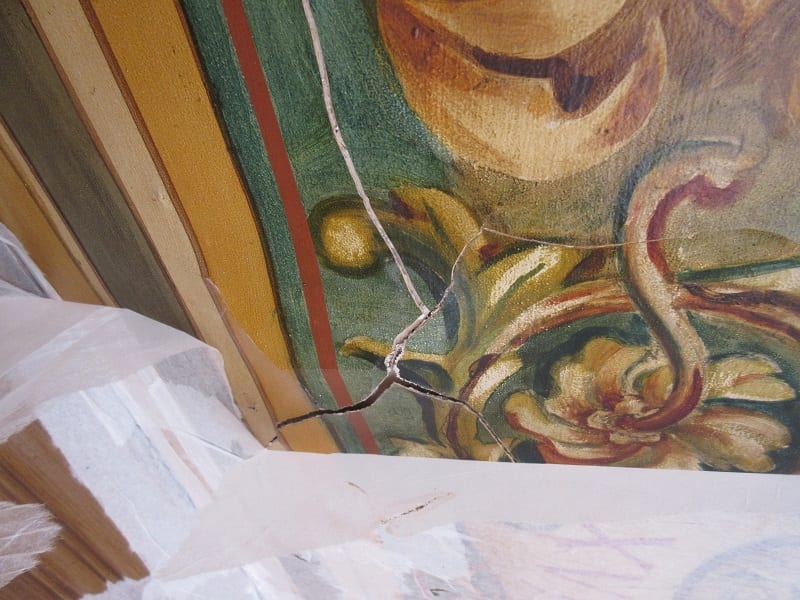 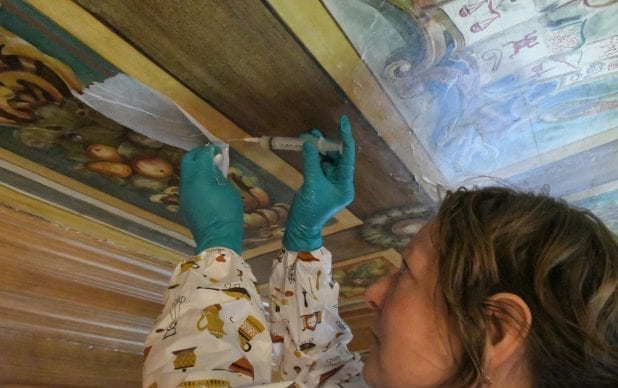 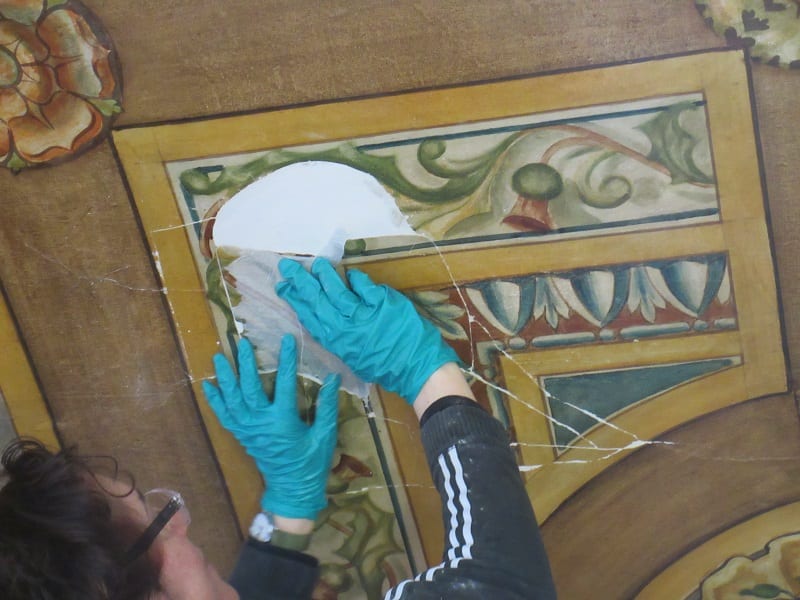 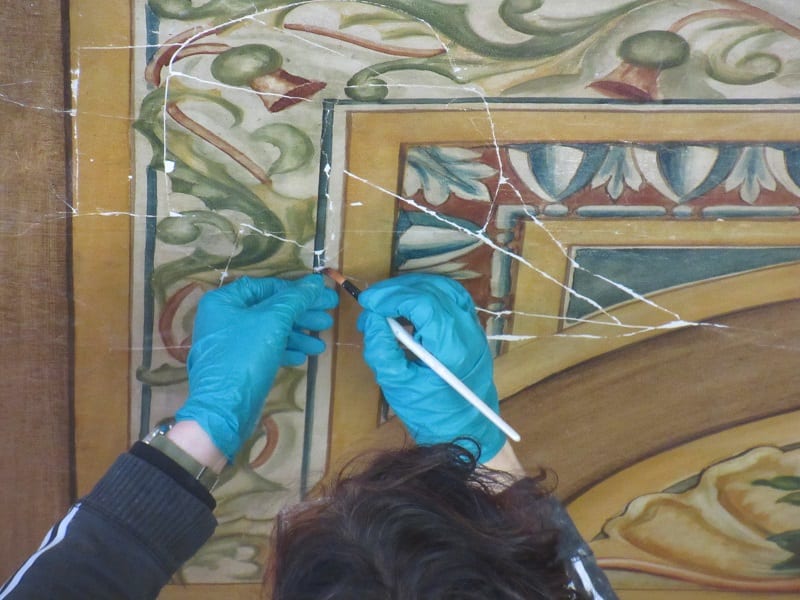 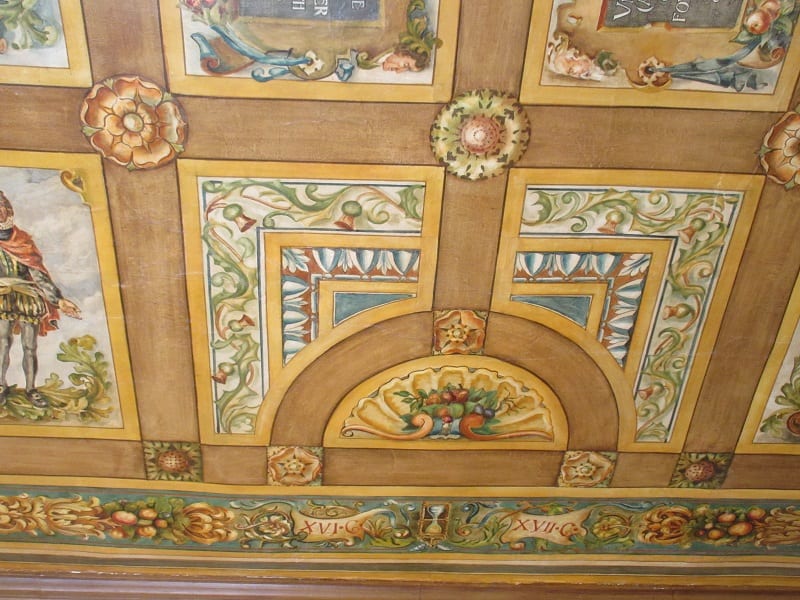 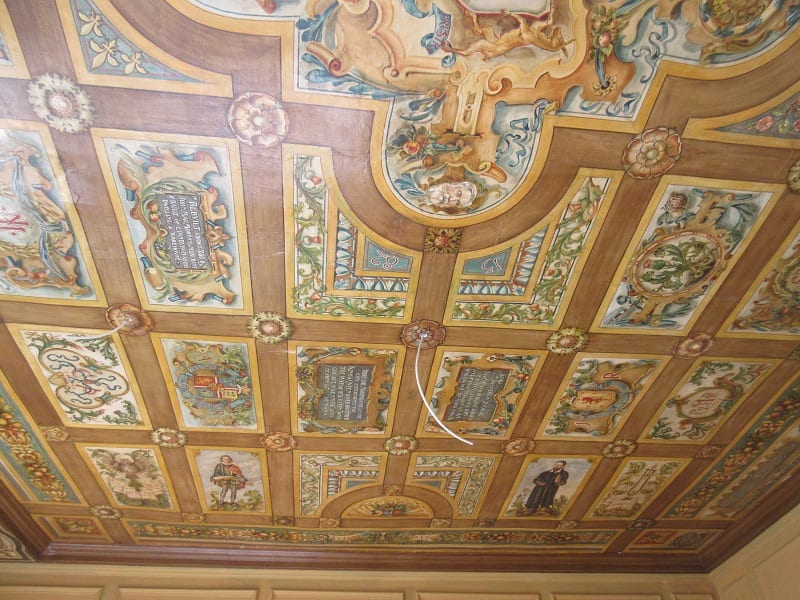